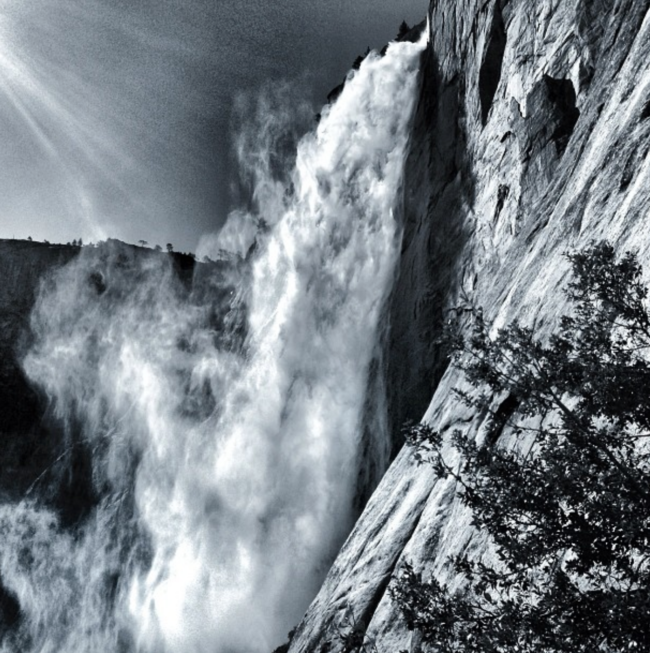 Heidi: How long were you a ranger and were you also shooting back then?
I was a ranger in Yosemite for 8 seasons. I started when I was 19 years old, working in the park during the summers. Living in Yosemite was some of the most memorable years of my life, but I started to feel a bit claustrophobic living between the 3000’ granite walls and moved away last year.

I studied sculpture in college, and although I always wanted to make work in Yosemite, I could feel my creative energy being siphoned into the physicality of being a climbing ranger and spending so many days out climbing on the cliffs. I was accustomed to working in studios for sculpture and picking up the camera gave me an opportunity to engage aesthetically with the world without the burden of three-dimensional work. I wasn’t shooting much at the beginning, but started shooting more and more in later years as I drifted farther away from sculpture. 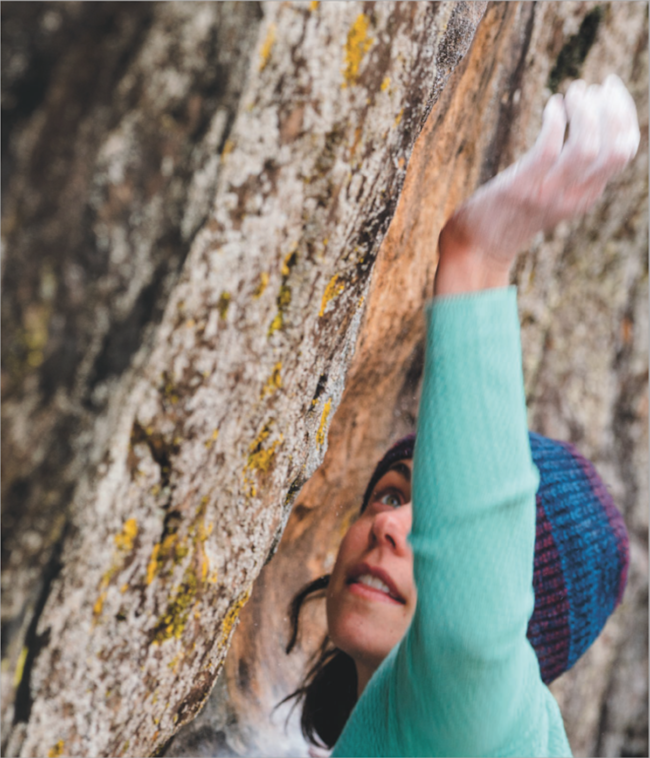 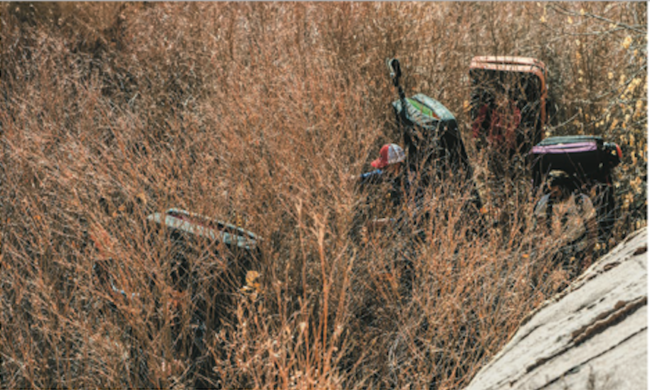 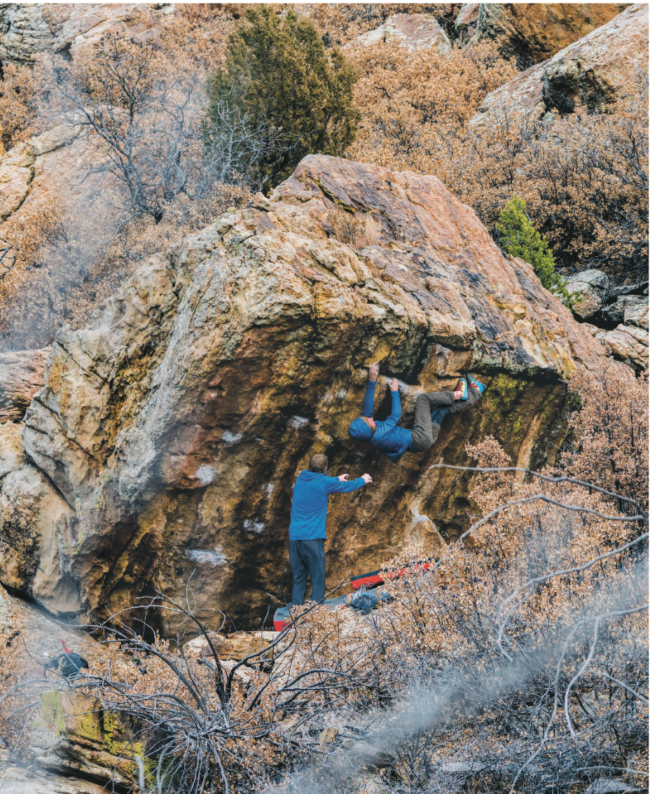 Were you shooting at the same time?
When I moved to Yosemite, I didn’t have the perfect studio space to make sculpture, which is what I was studying in college. I also didn’t have a ton of the motivation to be honest, because climbing was such a full energetic and creative outlet. When I would get back to college after the summer, the experiences in the park would be fuel throughout the year. It was a great reset each season and helped me realize the need for both time to collect and time to create. Trying to do both at the same time has always been a struggle that I’m trying to improve at.

What did the park teach you?
Living in the park taught me how incredible it is to live in a place that people are deeply excited about. I got the opportunity to meet so many amazing and passionate people because they were constantly making pilgrimages to my (temporary) backyard. Yosemite gave me a lot of opportunities born from the shared love of a place. I was taking photos inspired by this community and was also invited to go on some trips through people that I met in the park. On a trip to Kenya, I took a photo that sold to Patagonia when Jane Sievert selected it. The photo department sent me a handwritten note with the catalogue that featured the image, and I was hooked.
. 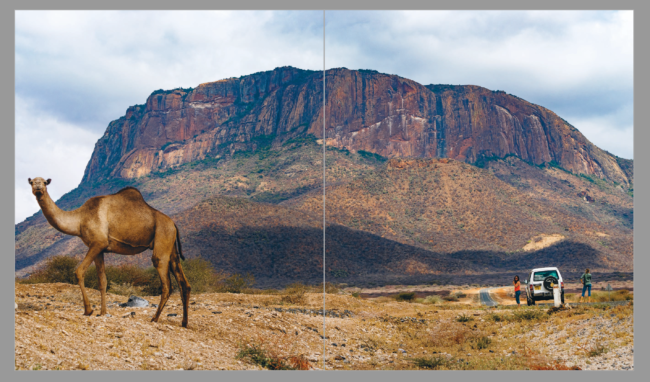 How do you choose to climb only and not shoot, do you simply leave your camera behind?
Climbing at a high level is my passion and I’ve found it hard to accomplish that goal if I’m also thinking about my camera. It’s not an easy balance for me, so I’ve tried to minimize the conflict between shooting and climbing by creating a camera kit that is rugged, light, and easy to use.

There’s the mental capacity and the physical capacity of the trying to do both activities at once. If I’m climbing at my limit, I don’t really have the mental energy to also be thinking about documenting what’s going on around me. I’d like to challenge myself on that, but for now it’s a limitation I face.

On longer routes like multi-day walls every waking moment is spent on getting the team up the cliff, so taking time from upward progress to take photos can be a big deal. It’s important that I have climbing partners that trust me to get good images while not holding us back.

This is always a struggle for me, especially on expeditions. I want to be contributing as an equal member of the climbing team, but I also am responsible to document. Often it means running double time. Jogging ahead to get a shot when we’re all tired anyways, or climbing higher on a wall, or strategizing what shots I want to capture the next day when it’s late at night and I’d rather be going to sleep. 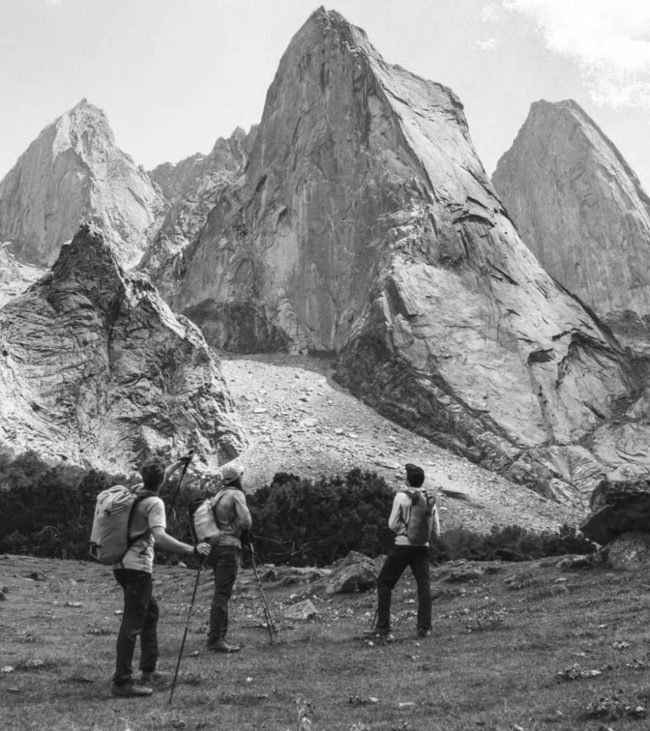 Now that you’ve returned from Kyrgyzstan, when you are presented with an opportunity again, how will that experience help you decide?
I’ve done a few international climbing expeditions with visual storytelling components. Each one was a unique process from the origin of the idea to arriving at the airport. I know that the decision-making process leading up to the next trip will be its own weighing of desire, opportunity, risk, and intuition.

Something I witnessed from the first trip, was that as time passed after returning home, gradually an appetite appeared desiring for another comparable experience. I got something deeply satisfying out of being physically, emotionally, mentally challenged in a place far from my own home. That lingering buzz meant made me realize I would be more inclined to say yes the next time an opportunity came up.

With Kyrgyzstan, I hesitated a little because I was trying to establish a life directly in contrast to the transient seasonal park service life. But a month isn’t really that long in the end.

Do you say no to trips?
I have said no to some trips, but I think it’s important to know that the more I say yes, the more I want to go on more trips. Like all experiences, big trips are a learning process. Looking back at my photos from Kyrgyzstan, I already see a lot of gaps in the images I chose to take. Being self-critical, I know that when I do something, I’m going to want to do it again if possible because I will have an opportunity to improve.

Climbing as a sport is both macro and micro, do you see your own photography different now? You study miniscule rock features, you see big sequences. Does that pivot transcend into your work?
In climbing we talk about “exposure” on a big wall like El Capitan. When you get that feeling most is when the micro and macro play off each other intensely – stepping from a ledge onto a blank face, traversing above a roof, leaving a corner system. Not every image needs to heighten exposure, but I think there are similarities in how we balance an action in a frame with the setting surrounding it and how the exposure of certain climbs can make us feel more present in a moment and place.

Photographing climbing is a neat challenge and perhaps has parallels to many documentary photography situations. At its most simple, the goal is to balance the climber against their setting in a way that a viewer can feel both intimate, but not lose the larger sense of place.

I’ve played with cameras my whole life, but climbing is what made photography into my work. I’m grateful to climbing for doing that for me. 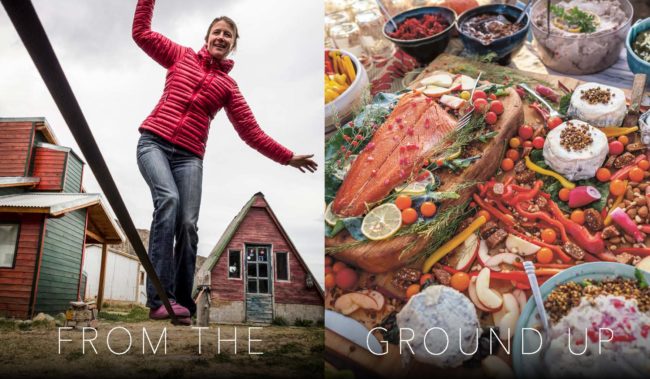 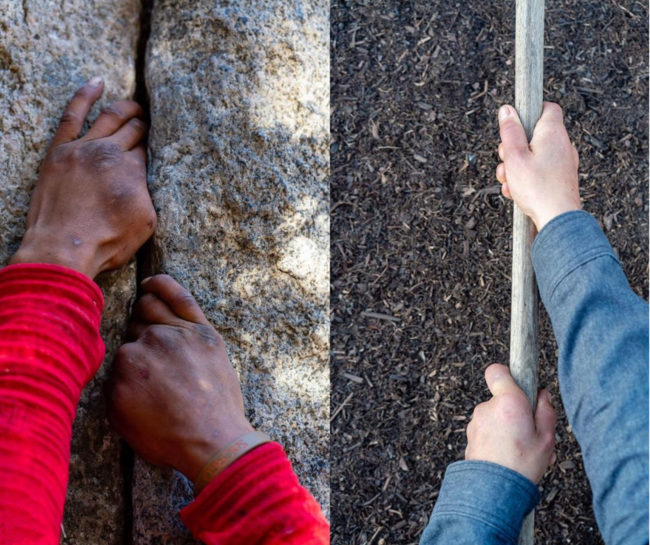 During Farm to Crag did you search for that metaphor of the handle and the crack, or did that evolve?
The idea to place the farmer’s hands with the rake and the climber’s hands with the crack was an idea that developed while watching one of the climber’s (Alexa) hand appear around a corner on the climbing day of the event. I saw Alexa’s hand in isolation touching the granite and thought back to the day before when our hands were in the soil on the farm. I had been a little underwhelmed by the images I was getting out climbing and had encouraged myself to keep engaging and searching for a new way to look at the scene. It was a little pep talk and it paid off in that I was trying a little harder to see something new when Alexa’s hand catalyzed the visual metaphor. The next morning, I went back to the farm and got the image of the hands on the rake.

What was the most unique thing you learned about your own work shooting Farm to Crag?
That was probably the key learning moment from Farm to Crag for me as a photographer. Look hard for the little symbols that connect what is happening in front of the camera with the bigger idea I am trying to get at.