I tracked Storm Dennis for a week.

Chiara had hit the UK and Northern Europe hard, right before I left for Amsterdam, and I was concerned.

Schiphol Airport had been interrupted, with many flights delayed, and there was flooding across England.

So yeah, I was worried.

Throw in the wall-to-wall scare coverage about the coronavirus outbreak, and I was more than worried.

I was crap-my-pants-frightened as I left my house for the big trip.

Fucking Storm Dennis was looming out there, a Bomb Cyclone. The European version of a hurricane.

Yet when I asked people about Dennis, after I’d traversed a third of the globe, actual people on the ground in Amsterdam, they chuckled, and looked at me funny.

“Are you serious,” asked Jimmy, as he checked me in at the brilliant Hotel Mai? (More on the hotel in an upcoming travel piece.)

“Yes, I’m serious,” I said. “I tracked the hurricane online, and it looks bad. Will the power go out? Will the window panes get blown in? Will the restaurants stay open?”

And of course he was right.

I got caught in one little squall, (which I’ll write about in a future piece,) but beyond that, it was walking weather the entire time I was in the Netherlands.

Which teaches us two things.

One, the shit we read on the internet and social media really does mess with our emotions. I was a wreck leaving town, (which is uncharacteristic,) yet I saw only a few face masks the entire time I was on the road, and no panic.

The streets of Amsterdam were thronged with people, even if the Chinese tourists were on lockdown at home.

Two, is that weather really needs to be felt on the ground, to be understood. You need to live weather, and know it by the way it interacts with your bones.

Growing up in New Jersey, I was trained to believe it would always be crappy out, 3-4 days a week. All year round. (Maybe you’d get a 5/2 split for a month of summer, if you were lucky.)

Here in Taos, I know we’re leaving late-winter and entering early-spring around now, so I should start getting 4-5 nice days a week. (Until April, which is always grumpy.)

When it’s too dry, two warm, or even too cold, after 15 years living here, I know it.

And it all makes me think of the Summer of 2016, when my family and I went on a big California road trip, from Taos up to Big Sur, and then back.

I’m sure I wrote about it then, as this is a long-running blog about my life and times, as much as it’s a weekly critique of a photo book, an art exhibition, or a restaurant somewhere cool.

So, going back in time, there we stood, on a hilltop in Big Sur, looking at the bone-dry-golden-hills.

(Those hills were drier than Donald Trump’s mouth, after he smokes a fat doobie and eats a jar of peanut butter.)

It was the same road.
Highway 1.

At that point, one of the most touristed pieces of asphalt anywhere in the world.

“It’s not good,” Jessie said. “One way in and one way out. All that dry grass. It’s like a tinderbox, waiting to go up. Not good.”

And so it did, a few days later.

The fires were so bad that when the rains eventually came that winter, they denuded the hills of mud, and the bridges connecting Big Sur to the outside world were trashed.

Useless, for around a year.

The town was cut off, for all intents and purposes.

One could hike in, or maybe take a helicopter?

Did anyone use boats, as the deeply blue Pacific Ocean is rather hazardous in the area?

My wife’s family, who have a home there, had to abandon their place, taking what they could, as most people left quickly.

I’d say Big Sur was reduced to a ghost town, but given the insane tourist crowds, it probably reverted back to the lush-forest-paradise it was before humans came around to try and tame it anyway.

I always wondered what it looked like, during that pause, before the bridges were fixed, and HBO’s “Big Little Lies” was filmed in the region, making it even more touristy.

Now, we don’t have to wonder, as I just looked through “Going South Big Sur,” a book by Kirk Crippens, published by Schilt Publishing in Amsterdam.

It turned up in the mail last fall, and I’m glad I got around to checking it out today.

The truth is, it took me 24 hours to get home, in one stretch of travel, and I only took a couple of short cat-naps the entire time. So that travel-gut-punch, plus the serious jet lag, has put me down for the the past week.

This book, in its quiet elegance, is just right for my addled mind.

It shows a lot of empty places, with the formality that only a big camera can bring. (And having been on press myself last week, which I’ll write about soon, I was ogling these reproductions.)

At first, I admit, I was craving a tad more dynamism.

But as I turned the pages, one at a time, the reserved color/light palette, and the structured pictures began to seduce me with their quiet and their calm.

The portraits are great, and liven up the group overall.

I like the inclusion of selective captions at the end, because I was craving a spot in that cliff-side hot tub, and knowing it was shot at world-famous Esalen makes it that much juicer.

Whenever I’m most spent, the truth is, a photo book with a clear narrative and strong intentions, without too many essays, is always the best way to go.

(It’s one of my tricks, staying weekly for nearly nine years.)

This one fits the bill. 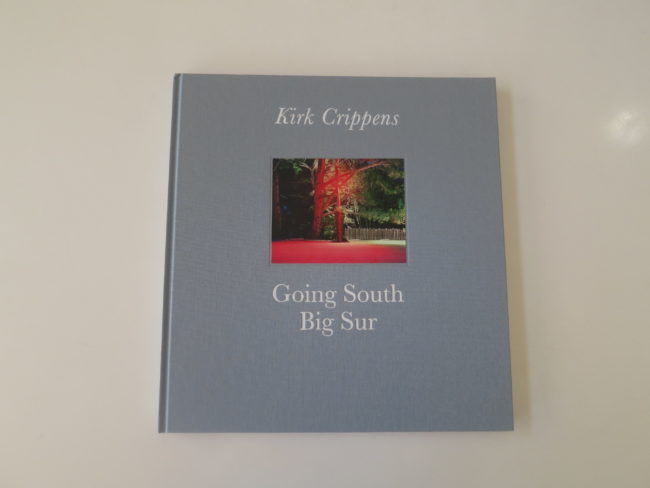 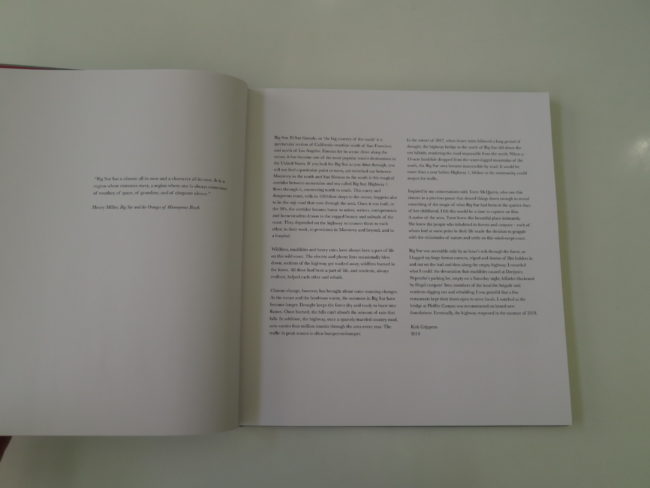 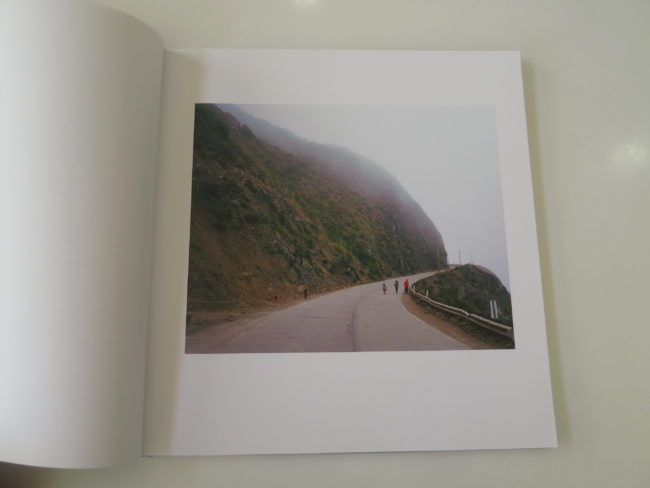 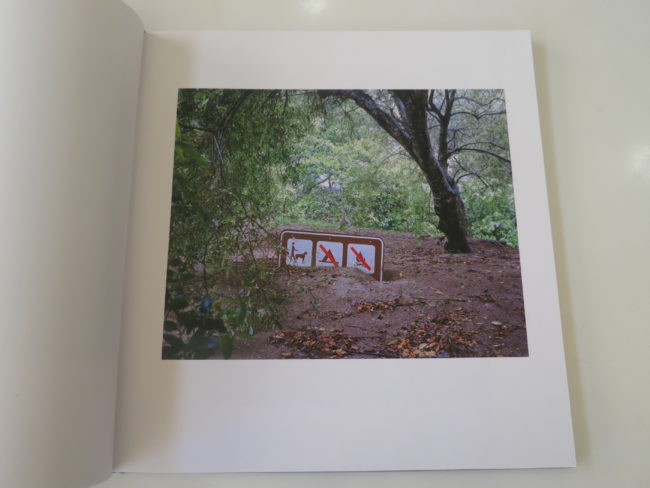 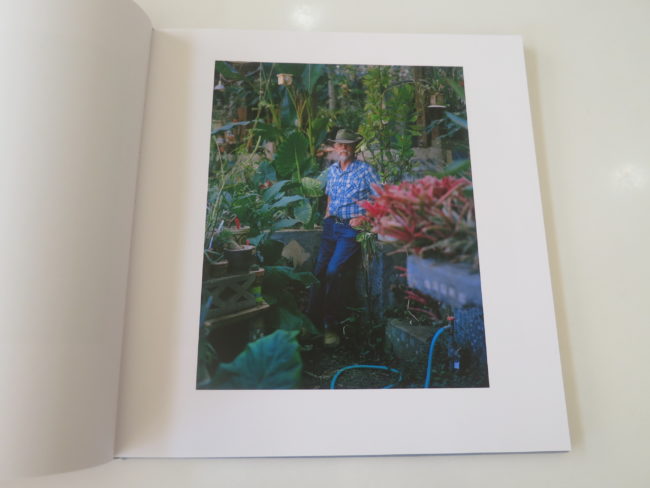 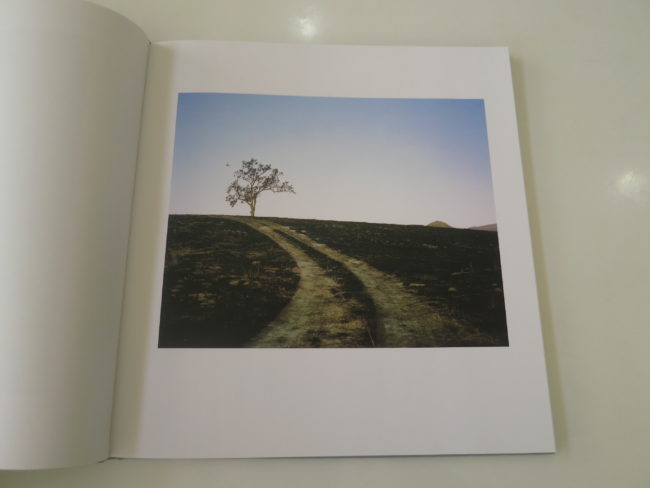 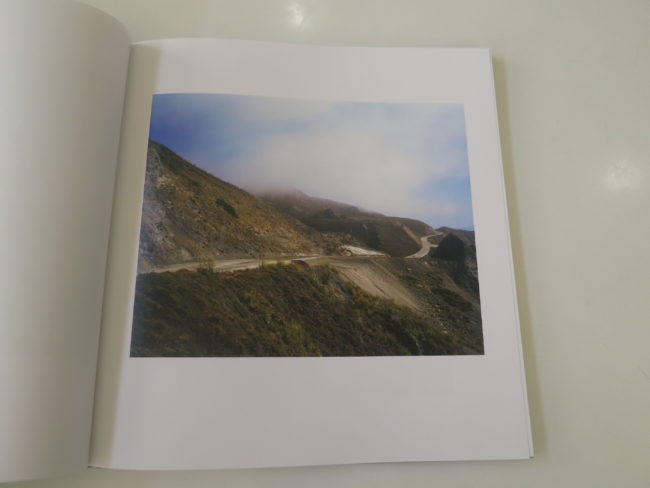 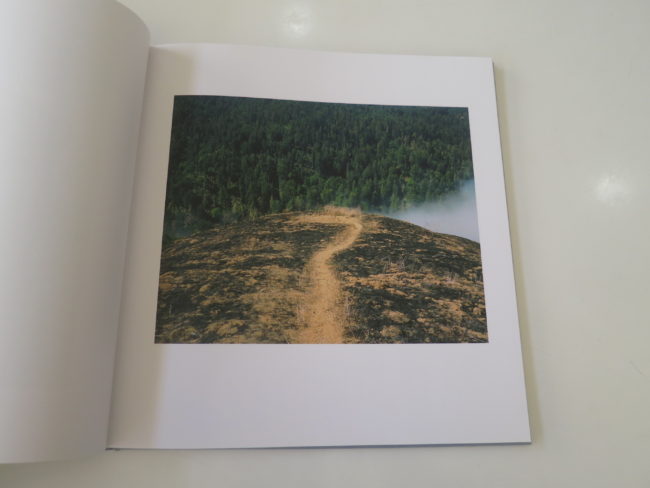 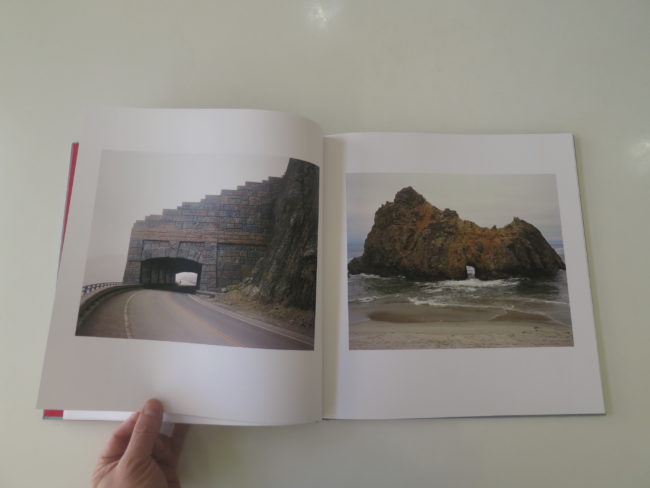 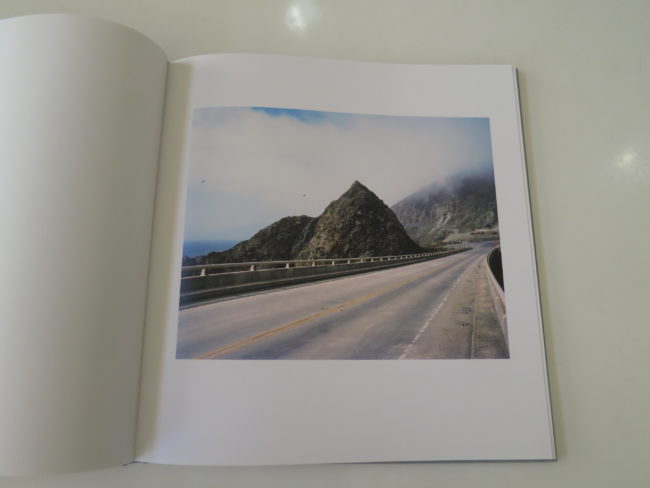 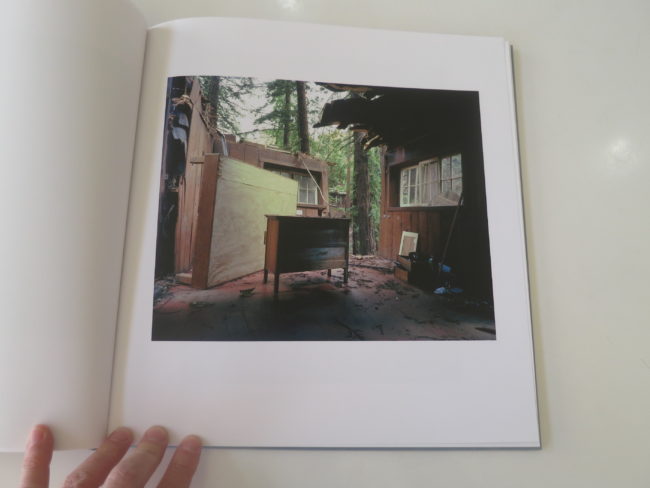 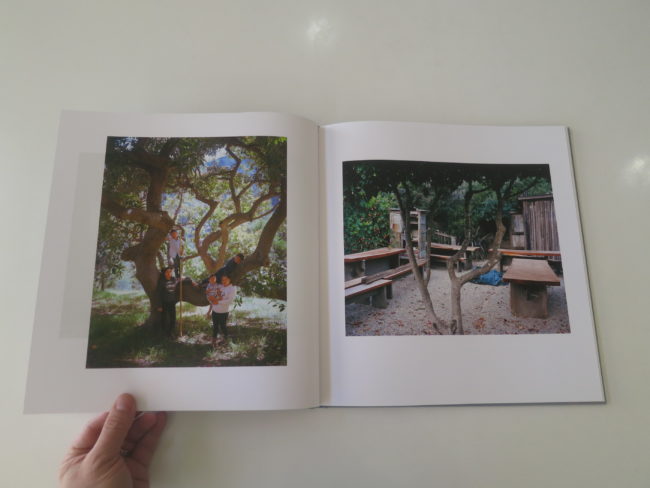 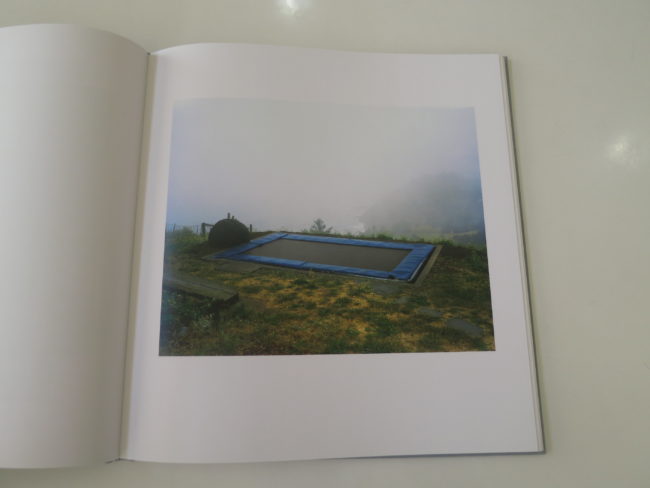 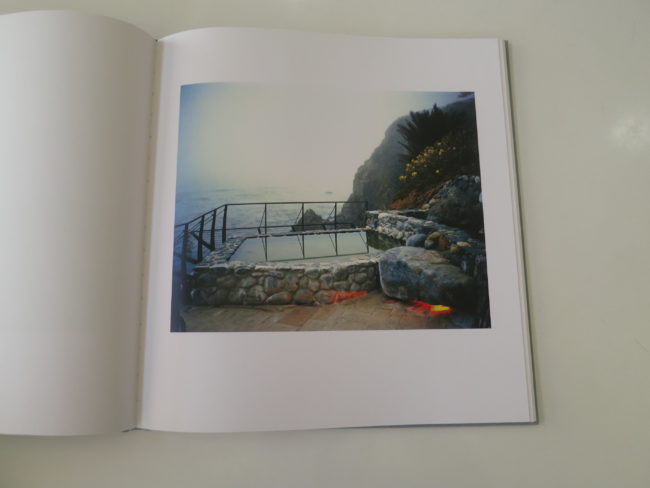 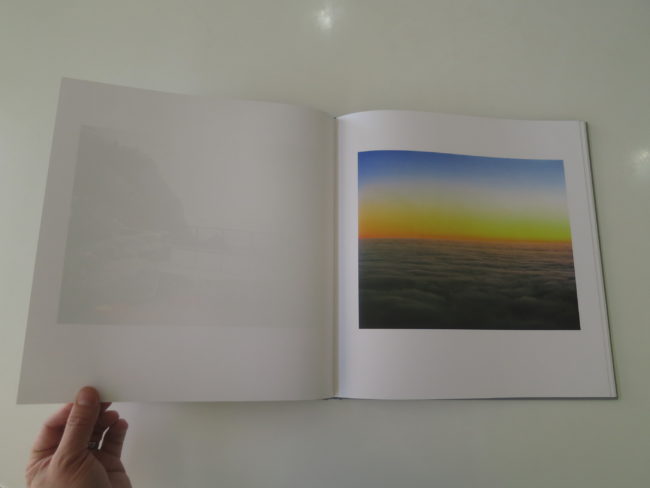 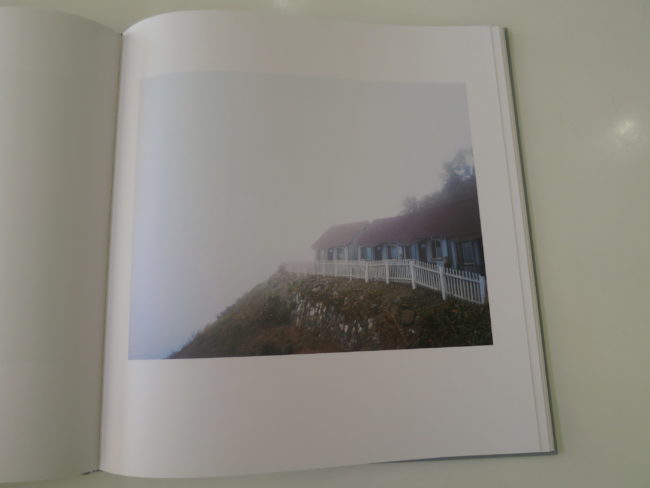 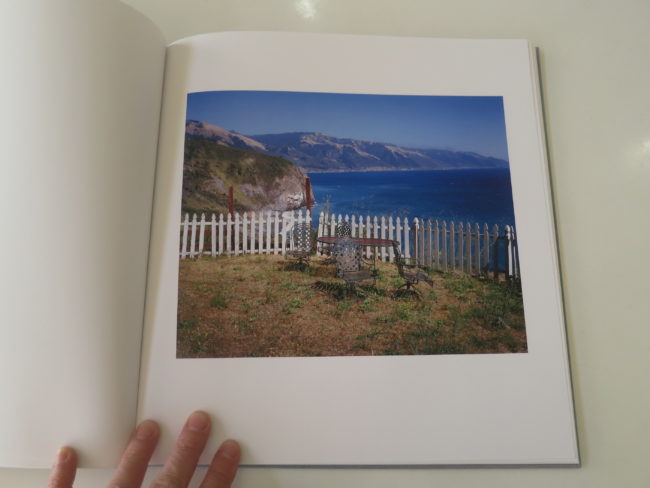 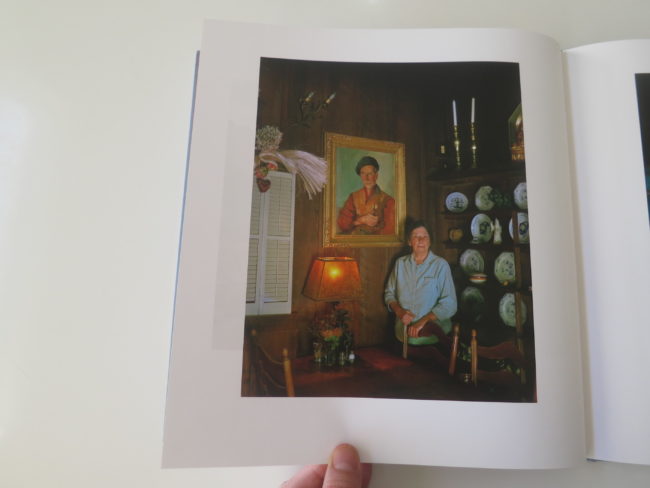 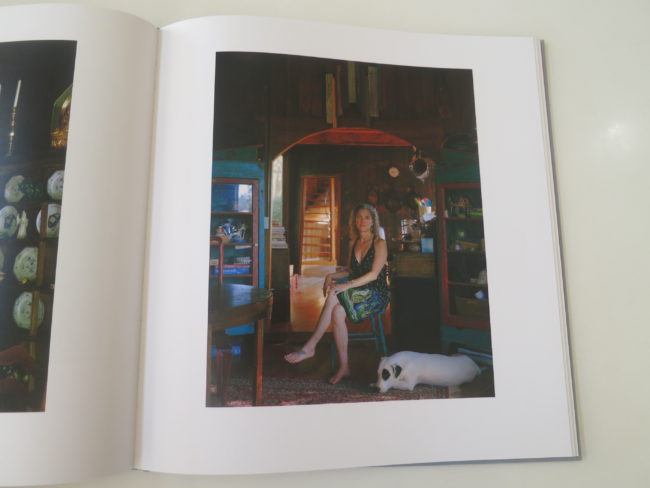 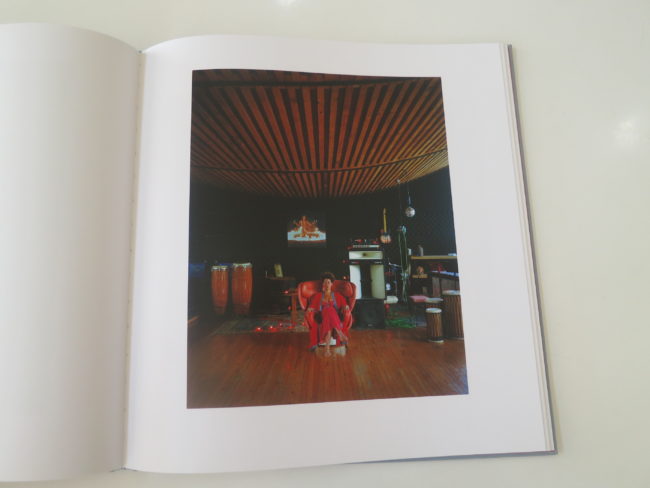 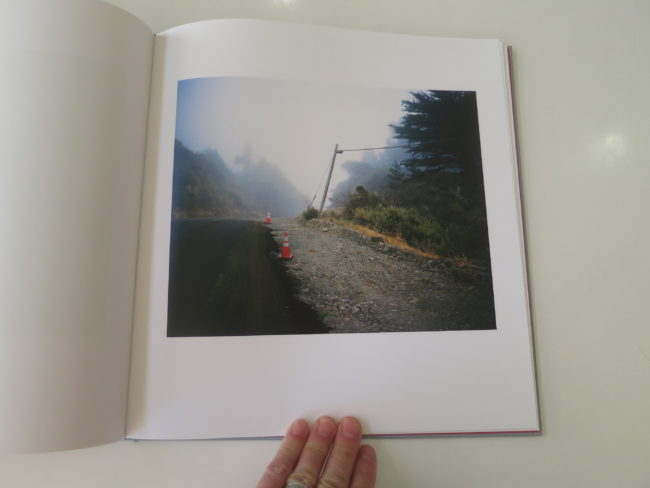 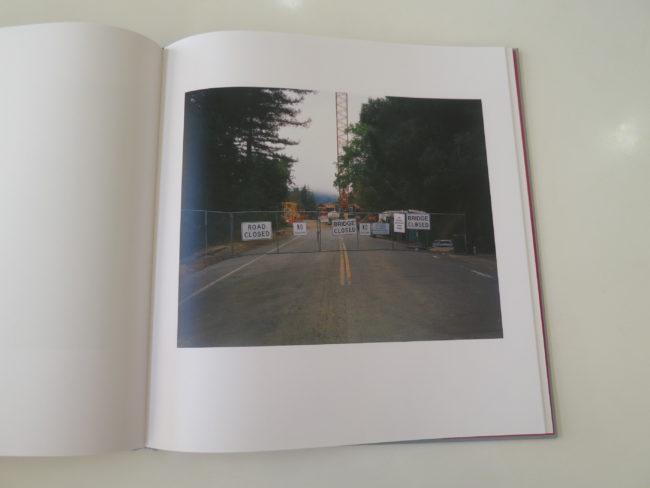 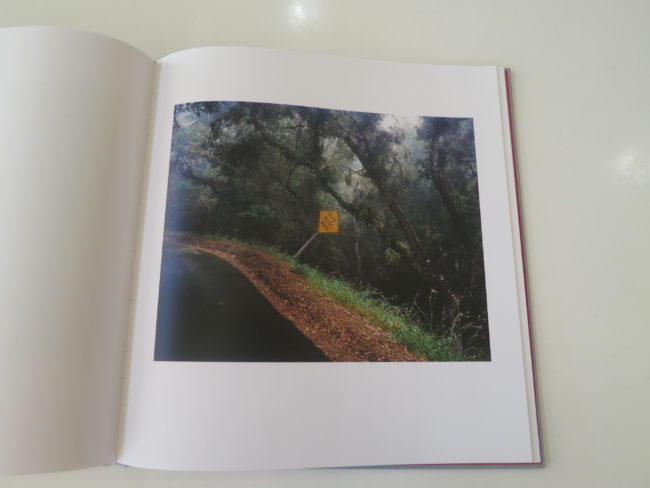 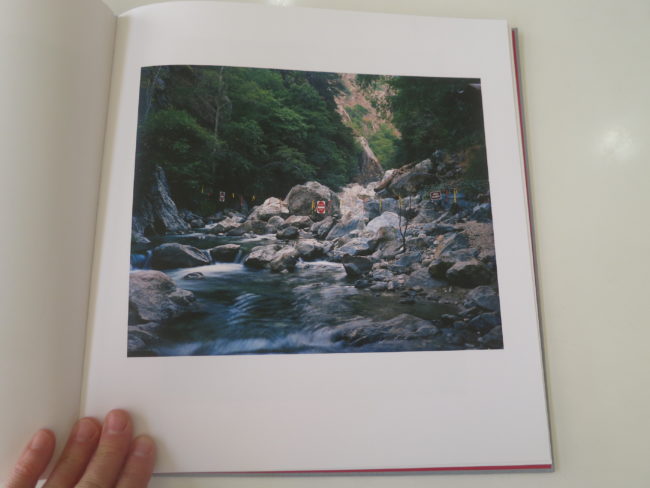 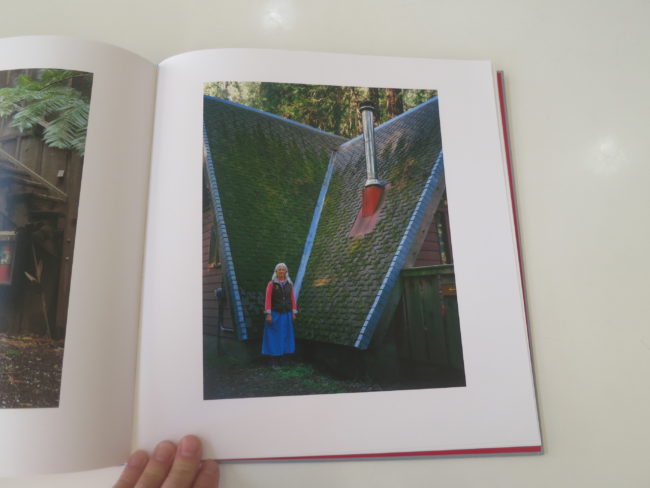 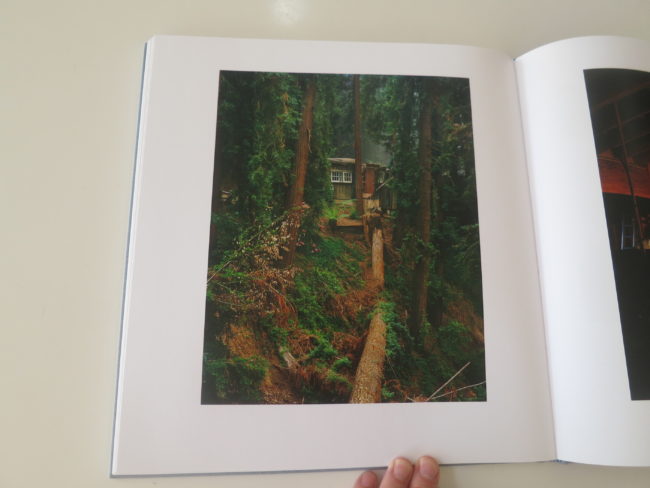 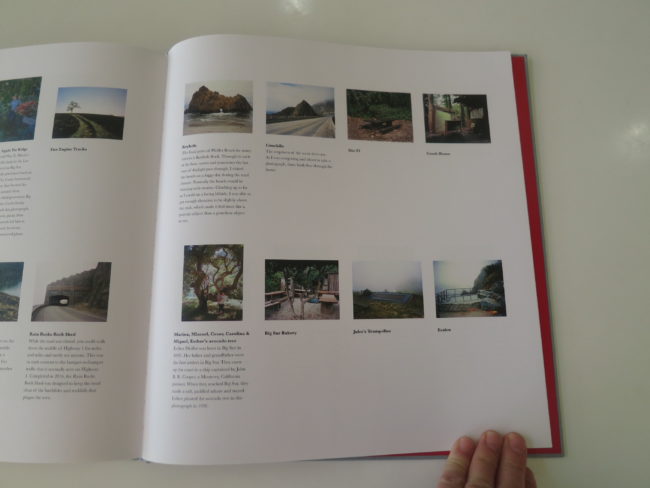 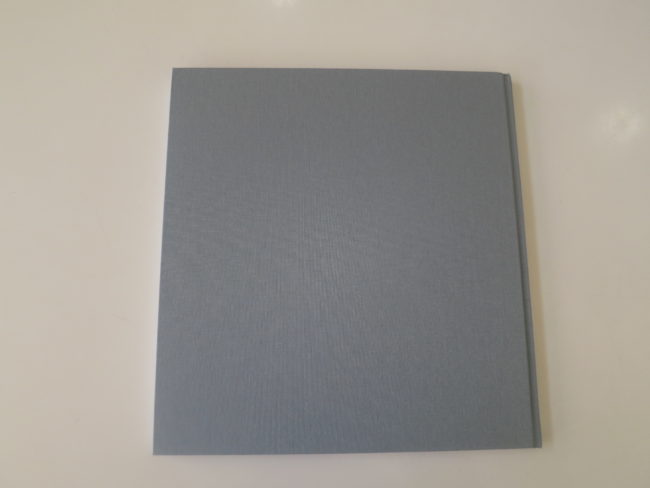