The Art of the Personal Project: Jayme Halbritter

Canterbury Park is the local horse-racing track located outside of Minneapolis in Shakopee, Minnesota.  It was formed in 1985 after a constitutional amendment allowing betting on horse racing was approved by Minnesota voters in 1982.  When I was coming up with story ideas of my new website, a friend of mine said, “Why don’t you go out and shoot at Canterbury Park?” I got in touch with the media coordinator, and the next thing I knew, I had full access to all aspects of the facility.

They were incredibly accommodating, and I ended up going out there something like 11 times as it was one of the first photo stories I worked on for my site.  It was amazing for me to have that kind of access, from race nights to training routines, I got to see all aspects of what life was like at the track.  They had 40 barns where owners would stable the horses, and dormitories where the workers and jockeys would stay.  It was pretty fascinating to get to witness the behind the scenes world of horse racing.

I would go early mornings and photograph the daily routines; the stable hands taking care of the horses, jockeys taking the horses out on their morning rides, the farriers who would come in and shoe the horses… they even had a pool that they would swim the horses in.

I eventually asked if I could work on a portrait project with the jockeys.  I wanted to photograph them right after they came off the track.  It took a little doing, but I was able to get permission to set up a small backdrop, and then I was then able to handpick jockeys immediately after they were done with a race.  I had previously spent a bit of time photographing in the locker room with the jockeys, so they were somewhat familiar with me by the time I did the portrait project. The jockeys come from all over the U.S. to race, as well as Mexico, Canada, Puerto Rico, Panama, and England, and run about 600 races during the season. It’s a lot of hard work, early mornings, and a ton of racing.

I’ve gotten a lot of good response to this collection of photos, and it makes me feel like I should continue doing portrait work like this.   Thank you so much for the feature, it really means a lot! 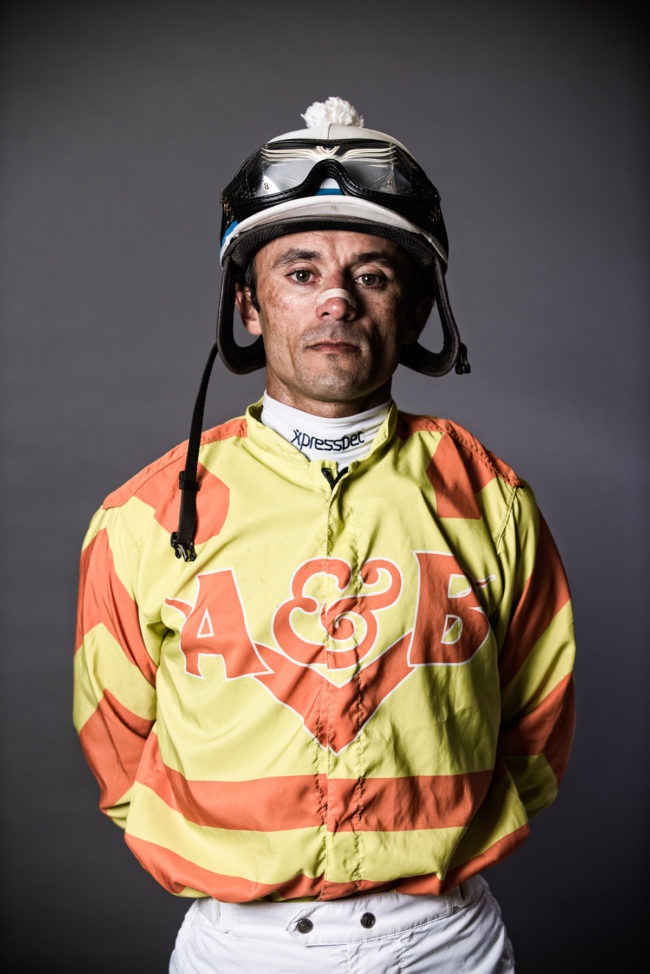 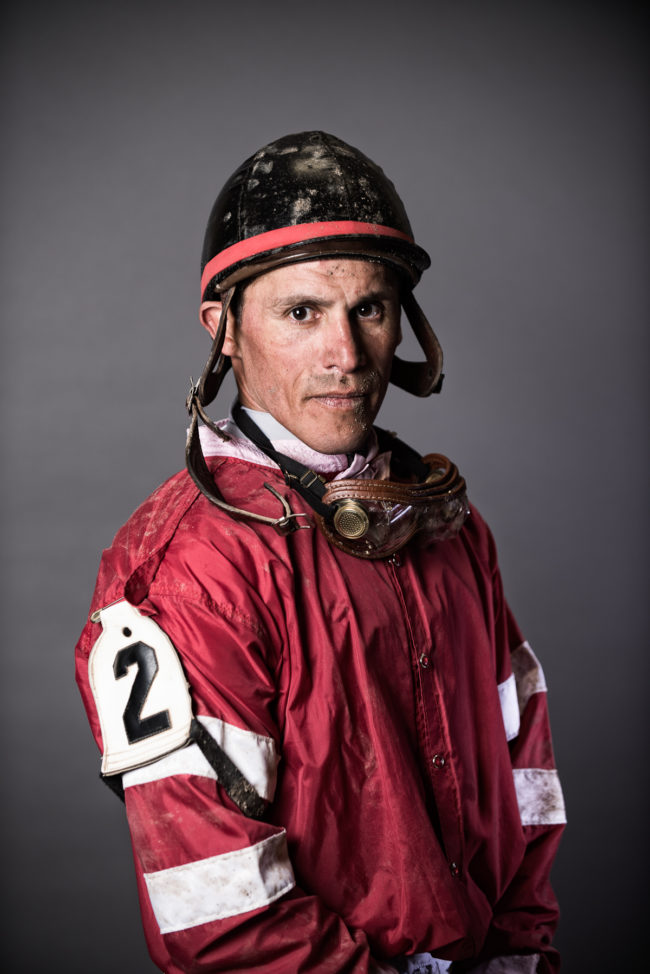 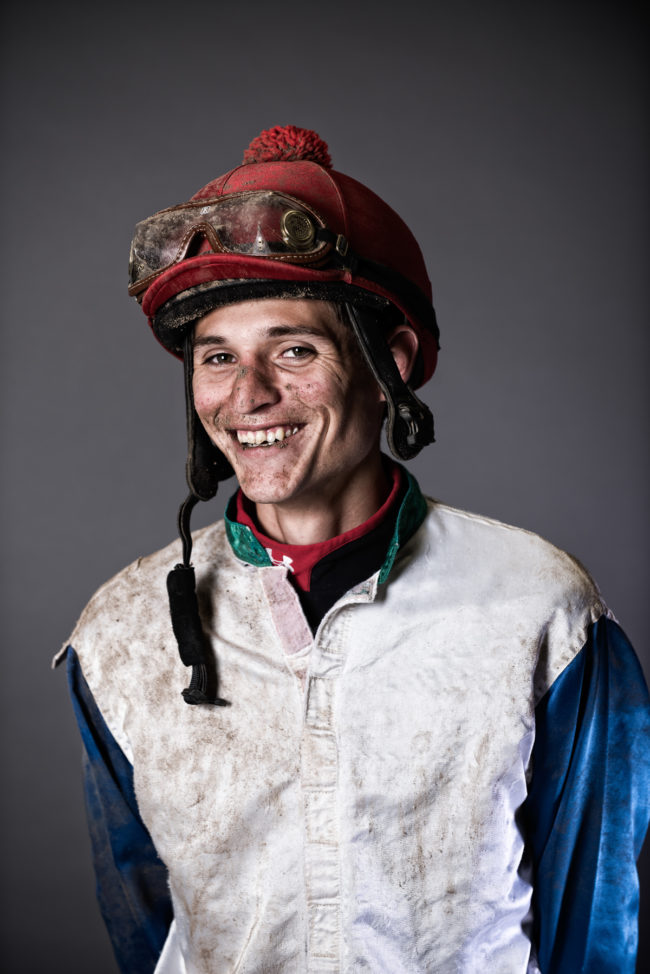 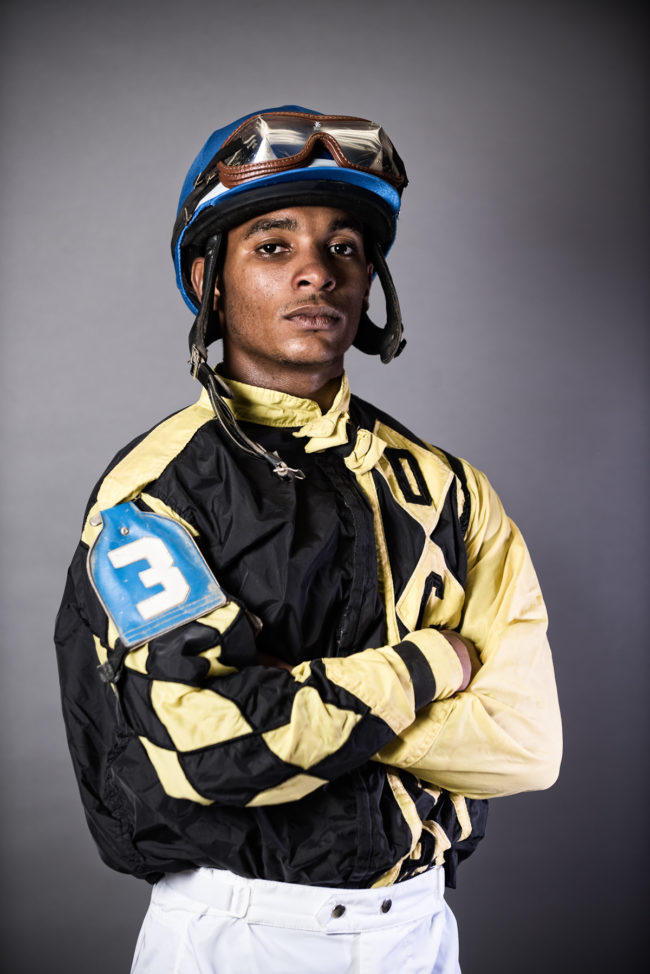 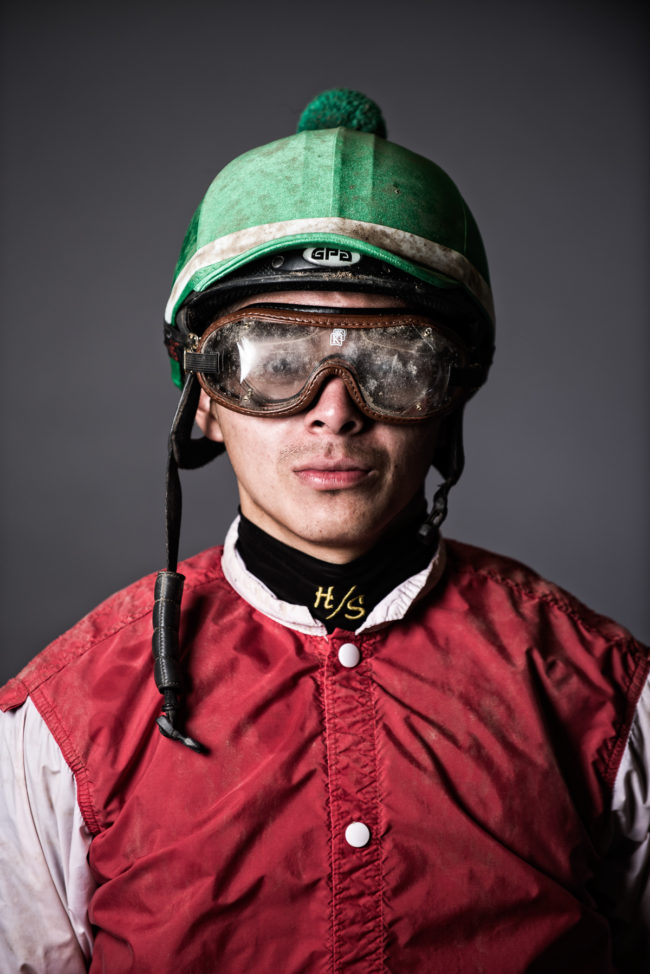 This Week in Photography: China and New York in the 80's