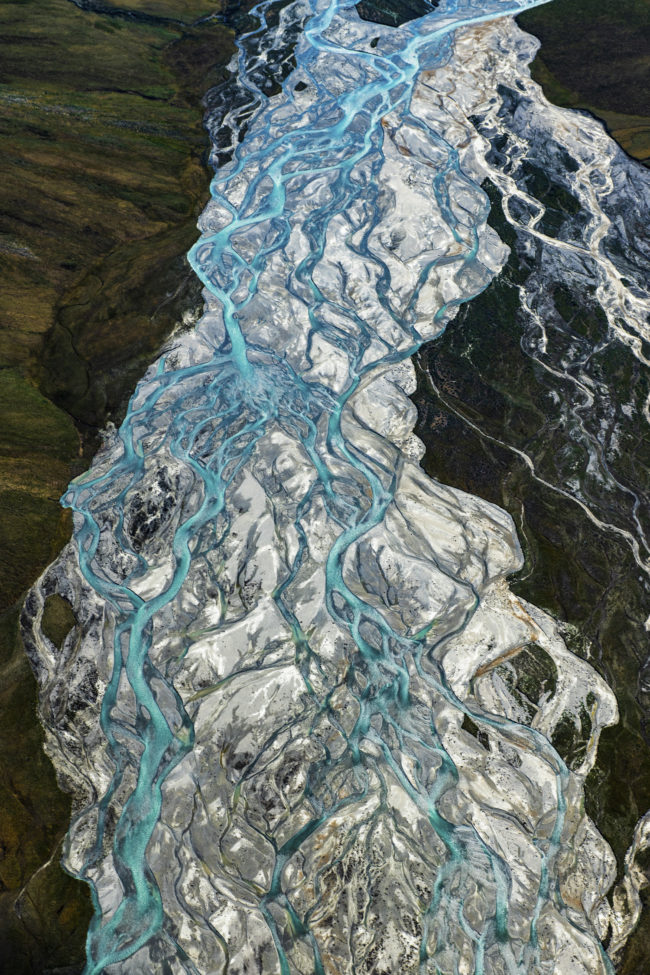 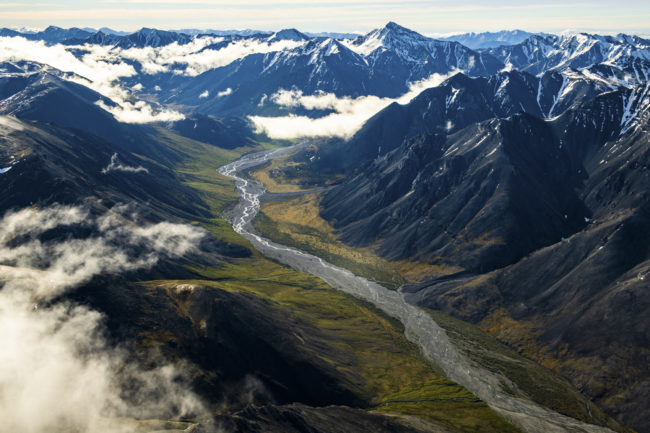 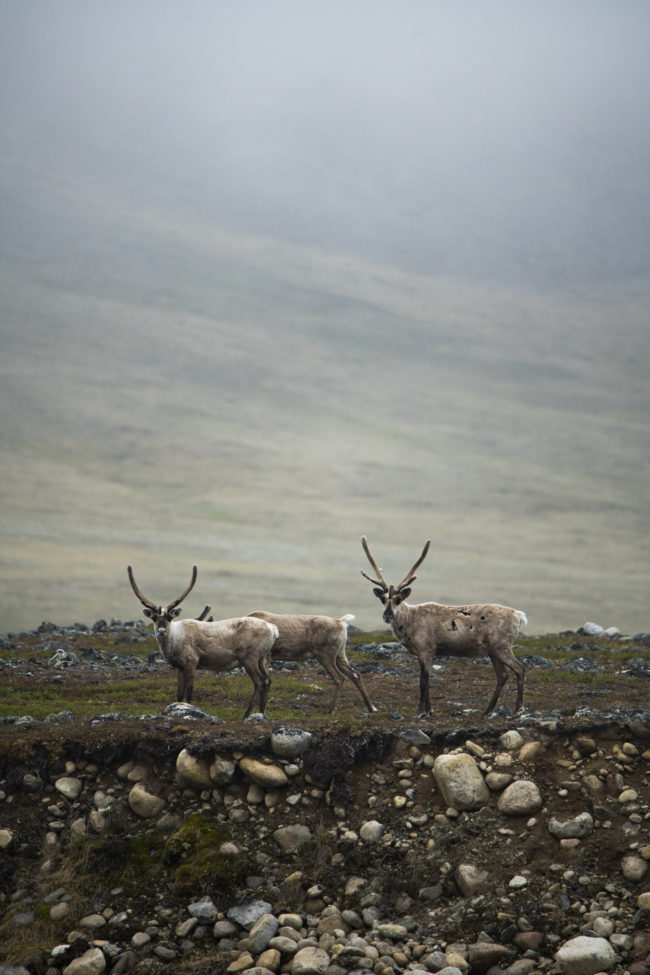 Heidi: How has your relationship with nature informed your photography?
Austin: Hmmm, that’s an interesting one…I don’t think I’ve ever considered that question before. I have always enjoyed nature more as a participant than a viewer – climbing, skiing, trail running through a landscape rather than just sightseeing. Moving through remote and wild landscapes fills me with wild elation and awe and a heightened sense of the joy of being alive. As a result, most of my imagery captures not merely incredible landscapes, but often people interacting with those landscapes in meaningful ways. I think this helps give a sense of scale to my photos, and it also provides viewers with a more accessible portal through which to imagine them in these spaces.

Were there any difficulties capturing these images?
None of these images were particularly difficult to capture, as I took a fairly documentary approach to the trip and didn’t try to force or create any moments or events that weren’t already happening. I think that the only part that would have been difficult for most people/photographers was feeling completely comfortable in a rugged mountain environment and having the skills and fitness to move swiftly and confidently through it. I’ve spent much of the last decade of my life in alpine areas far more technical and scary than what we experienced in The Refuge, and so luckily for me I felt at home running across uneven talus or soloing ahead on snowy ridgelines. 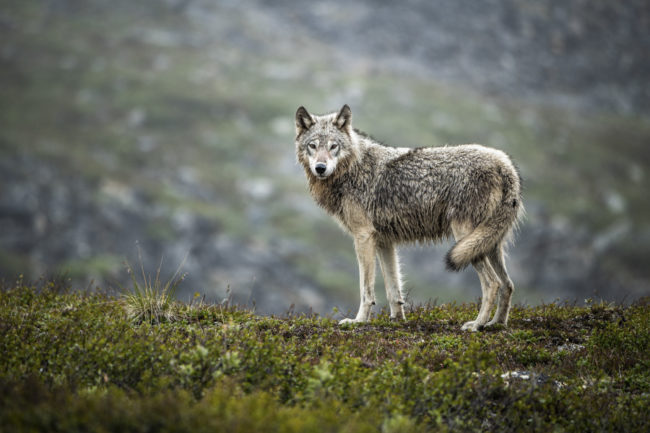 How long did you wait in place before the animals looked at/smelled you?
Every day of this trip we had to move 15-20 miles over rough terrain, so we never had any time to stop and really wait for the wildlife. This was a bit of a disappointment for me, as I ideally would have scouted where certain animals spent their time and set up some sort of blind to hide behind. As it was I largely just had to react as quick as possible whenever we happened to come across caribou or other animals. I captured the image of the wolf and of those caribou probably only 30 minutes apart. We had just finished descending out of the McCall Glacier Valley and were entering the Coastal Plain where the tundra flattens out and runs north for 50 miles to the Arctic Ocean. It was a cold, windy, foggy day, and we took refuge in a dry creek bed in order to get out of the wind and eat some lunch. We didn’t take note of the fact that while the depression sheltered us from the wind, it also blocked our view of the surrounding landscape. As we sipped down hot soup, Tommy’s eyes suddenly went wide and he half-shouted, “Holy shit. There is a HUGE wolf right behind you!” For a split second I thought he was joking, but I could see the seriousness in his face and quickly whipped my head around to see a large gray wolf only ten feet away. It bounded back a few paces at our movement, and then stopped and stared at us from 20ft away. Having never been so close to an apex predator, I was a little frightened and not sure what to think, but we immediately realized that its posture was calm and relaxed. It was merely curious, not aggressive. I gingerly reached for my camera, switched lenses as quick as I could, and snapped a few frames before it trotted off into the mist. My guess is that the wolf smelled us/the food we had cooked for lunch. We made sure to never lose sight of our surroundings after that.

When you shot the sweeping vista, what ran through your mind?
In moments like this, I often have two distinct trains of thought running through my mind. In the presence of such monumental natural beauty and gigantic scale, I remember thinking that I couldn’t believe how wild and wonderful the landscape was, and how lucky we were to be able to see it from such a vantage. But because I was there to document and take photos, I also spent much of that time thinking about the technical particulars of composing and making images – What to include in the frame? What to exclude? Where to ask the pilot to turn? To tilt the wings to give me a better angle? Did the wind outside the cockpit window shift the focus ring? These thoughts and questions probably occupied a much larger portion of my mind. (This naturally leads me into your next question…)

How often do you put the camera down and simply look?
I think it is nearly impossible to truly appreciate and witness an event or moment while simultaneously trying to document it to the best of your abilities. The natural conflict that thus arises, at least for me, is that if I want to really experience what is happening in front of me I need to put my camera down, turn off the technical side of my mind, and simply appreciate what’s playing out before my eyes. I’ve certainly missed shots doing this, but I have more meaningful memories as a result. One of the most difficult aspects of a trip such as this is developing an expert feel for when it’s really important to keep the camera out and keep pressing the shutter, and when it’s ok to just stop and stare. I think that only comes through hard won experience.

What is are some of the unseen efforts behind these photos that the viewer couldn’t even imagine?
It is difficult, if not impossible, to do a great job of documenting mountain sports and culture unless you are simultaneously participating in the action at hand. Many of my favorite or “best” images come from trips and experiences where you simply could not have a staged shoot, set up a studio, or have a dozen supporting members helping with all the necessary tasks besides composing and making the images. It’s usually just me and the people in the shot, and I’m often tied in to the other end of their rope. This brings a palpable authenticity and rawness to the photos, but it requires serious motivation and drive to keep pulling out the camera even when there’s myriad other things that need to be done – coil ropes, boil water, break down camp, keep hiking, climb the next pitch, etc.

If there’s one thing that ties a lot of my favorite images together it is that they usually capture moments where I wanted nothing more than to keep my camera in its case and deal with those other things instead. For example, in the sunrise photo where my friend Chris Mutzel stands in front of the Fitz Roy massif as wind whips the rope off the glacier between us, we had been on the move for more than 24 hours, it was bitterly cold out, and ice crystals stung my face like a sandblaster. All I wanted was to bury my chin into my hood and keep trudging along. But I could see that the dawn light was some of the most amazing I’d ever witnessed, and so I called out and asked Chris to stop for 30 seconds or so. We made the image and kept hiking.

Or in the basecamp photo where my friend Sam Seward is in his tent above the Tiedemann Glacier as the moon rises behind, we had been awake since before dawn and on the move all day. We were descending off a climb on nearby Mt. Waddington, and we’d had an accident where Sam was nearly killed by rockfall. In the end all was OK, but we’d spent hours that afternoon bandaging his wounds and I felt completely depleted mentally, physically, and emotionally as darkness finally fell across the landscape. But as I headed to my tent to pass out in glorious slumber I saw the moonrise and knew that if I waited 30-60 minutes the light would be incredible. And so I dug out my camera and a tripod, set it up, composed the shot, and waited. It would have felt amazing to simply go to sleep and get the rest I desperately needed, but I am so glad I didn’t. The reality is that the hardest part is simply making sure that the camera is in your hands. After that comes all the easy stuff.

Pricing & Negotiating: A Corporate Lifestyle Project With an Expanding Scope