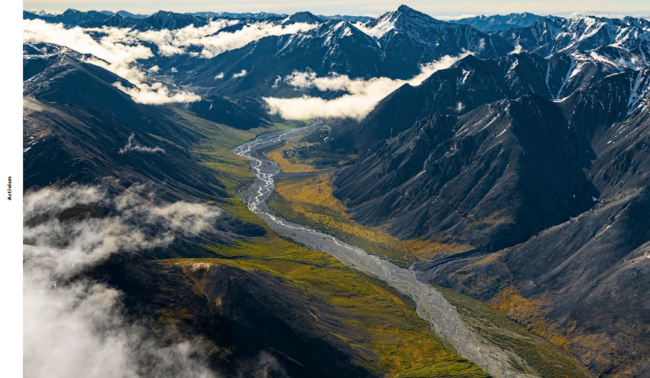 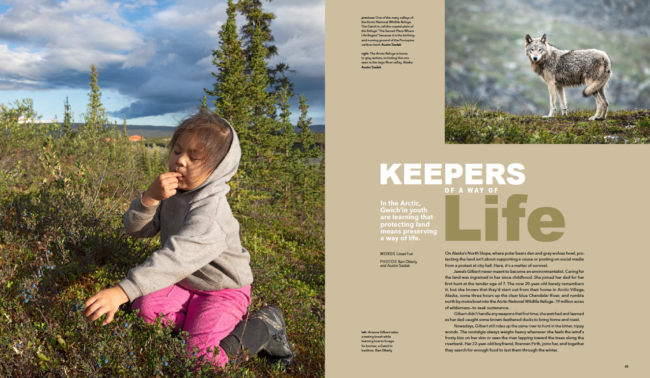 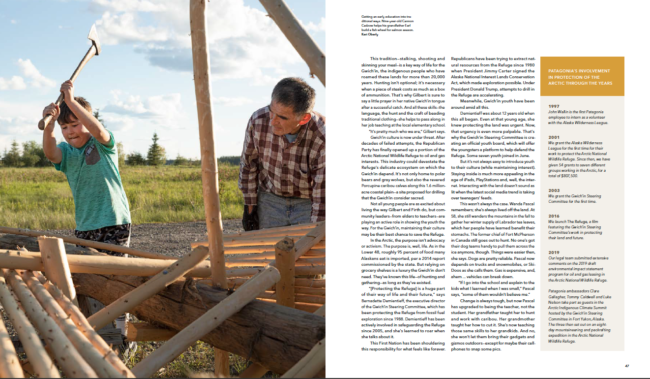 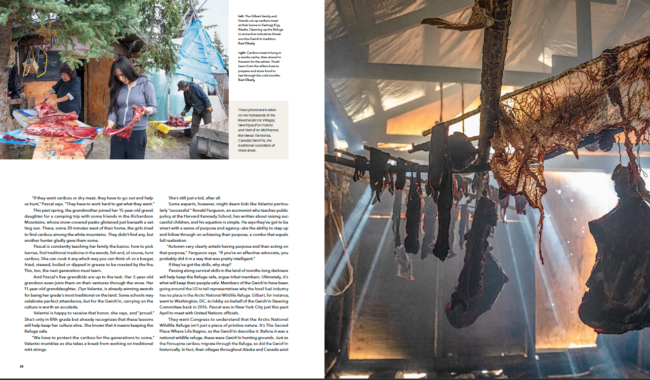 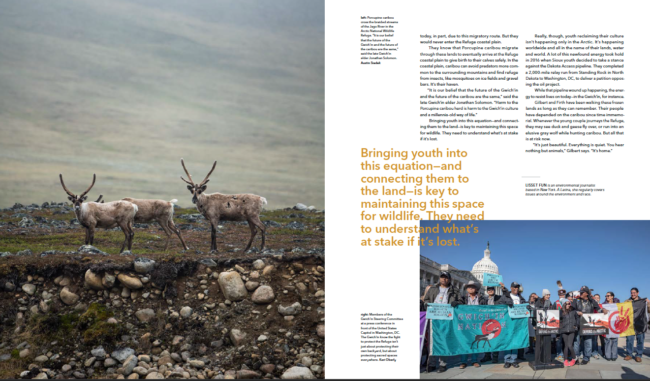 Heidi: The Gwich’in tribe harvest the land and animals they are spiritually connected to, how did that unfold for you on this trip?
Keri: When I went to Arctic Village to document the Porcupine caribou harvest, I went in with locals Jewels Gilbert and Brennan Firth in mid-August, a time when the caribou are usually starting to migrate through. However, with climate change, the migration patterns have become unpredictable. I ended up being in the village 2 weeks before the herd started to migrate through. There was still a lot going on in the village. Lives revolve around harvesting food, medicine, fixing and building things and preparing for winter. It was peak season for blueberries. My first evening, I got invited to go pick blueberries and here I thought we would be gone for a couple of hours, we were out until 3 a.m., under the Arctic sun. That is what we did every night. We would prep dinner then go into the woods, pick blueberries, take a break for moose soup, play games with the kids, then continue until the berry harvest ended and the caribou came. The Gwich’in live off the land, this is how they sustain their culture and identity from the caribou, moose, fish, and berries.

Was the harvest difficult to witness?
When the Porcupine caribou did start to migrate through, I wasn’t sure how I would handle the harvest, being a former vegetarian for 10 years and having only witnessed the death of an animal once. I found it to be a peaceful experience to watch someone with a deep spiritual connection harvest an animal. I did put my camera down a couple of times to simply watch. It was beautiful to witness someone with so much respect for an animal harvest and handle it. You could feel the love and happiness. They always thank the creator and animal for the food that nourishes their body, mind, and spirit. They also use every part of the caribou, the only part they leave is the stomach, which Jewels says, you have to leave something for the land and other animals – wolves, fox, ravens – they are hungry too.

Since this was the first time Jeffery and Lexine were in the city, what was their reaction?
Since so much of the work the Gwich’in do to fight for their way of life involves traveling on trips across the country and the world to educate people about the importance of protecting the Arctic Refuge, I wanted to cover that as well. Bernadette Demientieff, executive director of the Gwich’in Steering Committee, is a seasoned traveler but likes to bring other Gwich’in on these trips. This trip she brought her daughter, Lexine, 11, and traditional Gwich’in hunter Jeffery John from Venetie. This was Lexine and Jeffery’s first time to a big city, their first time on long plane rides, and Jeffery’s first time out of Alaska.

Jeffery was constantly surprised by the number of people living in Washington D.C. It was something he couldn’t wrap his head around. He asked multiple times throughout the four-day trip, “So how many people live here? Wow, that many.” Mind you, he comes from a village in rural Alaska with a population of around 180.

How did they react to the lack of nature?
On trips like this to Washington D.C., they get no nature. It is a full day of travel, then straight into preparation, then back to back meetings and press conferences, then home. It’s non-stop. I think if Jeffery had been there any longer than four days he would have gone crazy. I remember being in Sierra Club’s office with him, which is on the 8th floor, and he looked at the windows and said, “How do you open the windows?” I told him you can’t, and he said shaking his head, “Well how do people get fresh air in here?”  At one point he looked at the people working in the high rise building across the street and said, “So all those people are working inside like that with no fresh air for 8 hours a day?” He seemed to be in constant surprise and would give me looks like I don’t understand why people live like this. 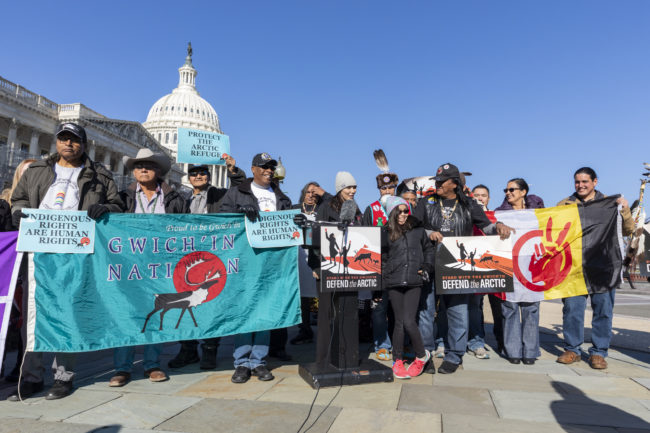 What was overarching narrative arc for this frontline community?
I wanted to focus on the Gwich’in people and their way of life. I think a lot of work that comes out about protecting the Arctic National Wildlife Refuge focuses on the environmental and adventurous aspect, not about the people living on the frontlines. To the Gwich’in this is a human rights issue, their identity and food are tied to the land. Oil and gas development would destroy their sacred land and food security. I wanted to show they aren’t what many would consider activists or environmentalists, they are fighting for the right to live the way their ancestors have since time immemorial.

What struck you the most about their fight?
An important part of the story are the sacrifices the Gwich’in make for this fight. So much of the work they do is traveling across the country and the world to educate others about the importance of protecting the Arctic Refuge and the Gwich’in way of life. They make huge personal, financial, and family sacrifices to fight for their people and future generations. One that can be rewarding, but also very emotional and draining.

Let’s remember, these sacrifices aren’t just made by the Gwich’in, this is happening to all indigenous and frontline communities across the world, having to fight for their human rights in 2019.

The Art of the Personal Project: Christ Chavez (repeat to remember those in El Paso)