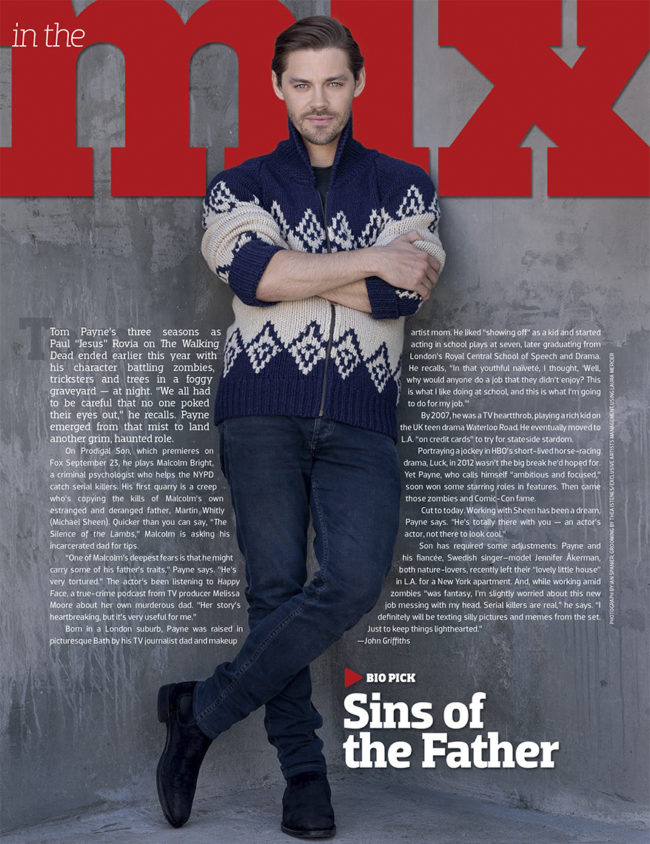 Heidi: Actors are notoriously busy, how many set ups did you do and in what time frame?
Ian: We shot 5 sets in a few hours, (4 looks). Tom was actually surprised we did so much so quickly! I could have pushed for more but everyone liked what we did so we wrapped it up after the last set. I do always however approach celebrity shoots anticipating I’ll have only two minutes.

How many images ran?
Tom Payne, actor and our subject, formerly of The Walking Dead and newly staring in Fox’s Prodigal Son was being featured in the “In The Mix” section of EMMY Magazine. The article is always a one-pager, but I love to give my clients options. Tom was really easy to work with, and liked the first set up, so we were able to do a few different sets. I’m a big proponent of going in with a plan, so by being able to move from one set to the next quickly I was able to maximize my time with him.

Was your direction the same for the existing portraits?
The other assignment was actually quite different. For that one I was photographing a number of students, who wrote screenplays for a TV show called Killing Eve. They would actually be composited into a final image in post. For that assignment we had two set ups for each subject to get through. Nine subjects in total, so it was a full morning. It was going to run in the same issue, so I did not want to do the same lighting. Since this was a last minute add on to that shoot, it was a good challenge.

Tell us about your “safe” portraits and has too many options ever backfired in some way with the client?
I often cover the “safe” portraits, which is something I developed over my years of shooting for magazines. I feel that I’m very good at looking at a magazine and understanding the “voice” of the magazine. Providing a set up that feels like the look of the magazine, even if it’s not exactly “my” look. I don’t mind it as I both love the challenge and always tweak a bit to make my stamp on it. That chameleon skill (as I’d call it) is both a blessing and a curse. It can confuse some potential clients. I like to think it’s an asset however, as I’m confident I can shoot the dark, moody image as well as the bright, beautiful lit image. I love to have many lighting solutions, you never know what the next request will be! In this case, we nailed the cleaner look, and Tom was open to playing around a bit. I did one final set that played more off his TV show- where Tom plays a crime-solving son of a notorious serial killer who has a unique ability to break down the crimes he solves. His character consults with his father ala Hannibal Lecter/Clarice Starling. At the time, only a trailer was available, so I had to extrapolate a lot. I love any chance on an assignment where I get the opportunity to be a little more creative and try some new things. 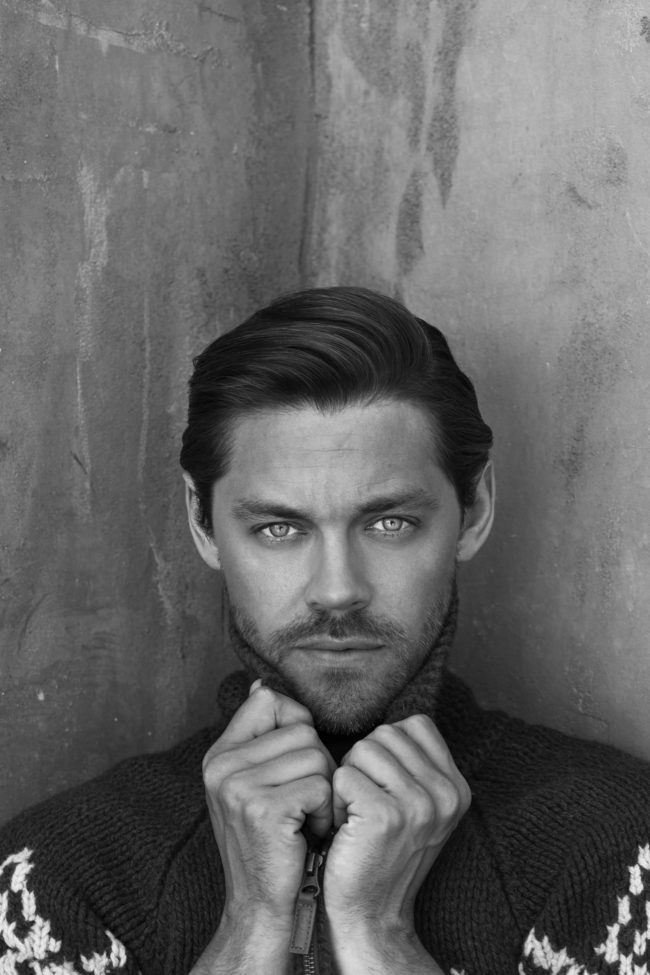 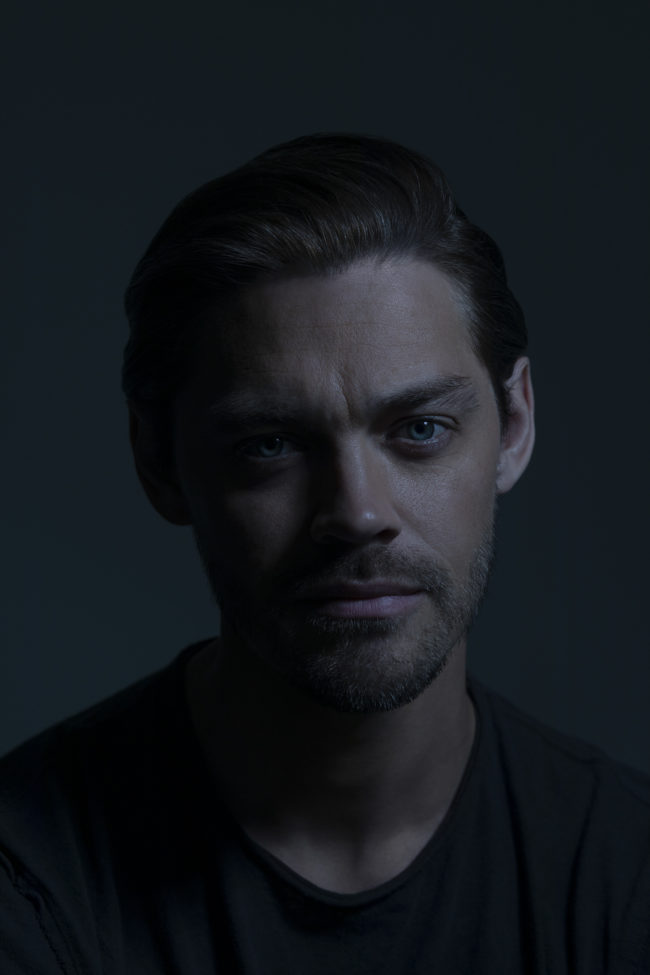 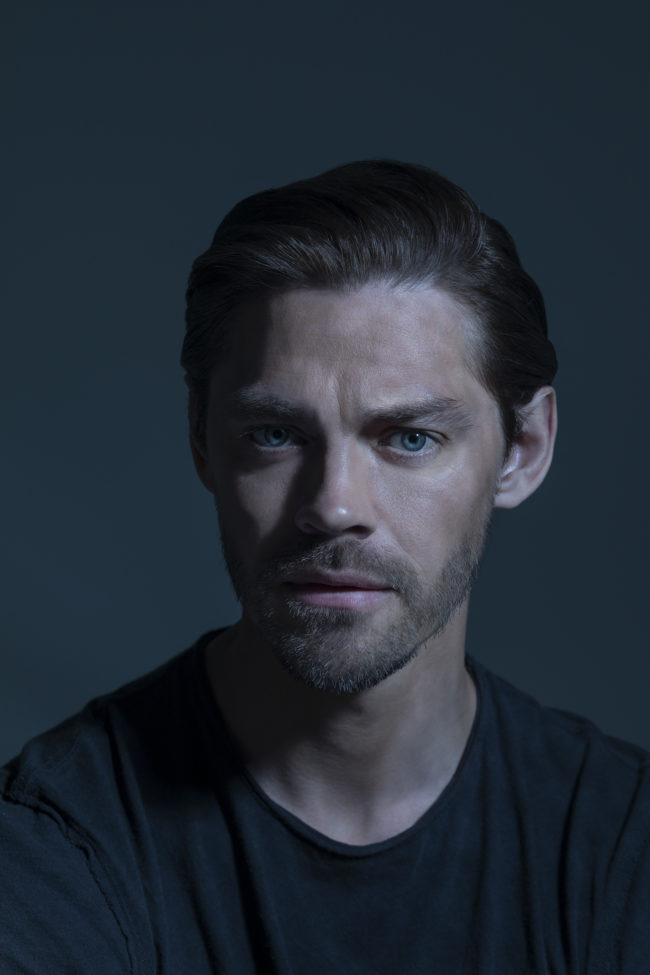 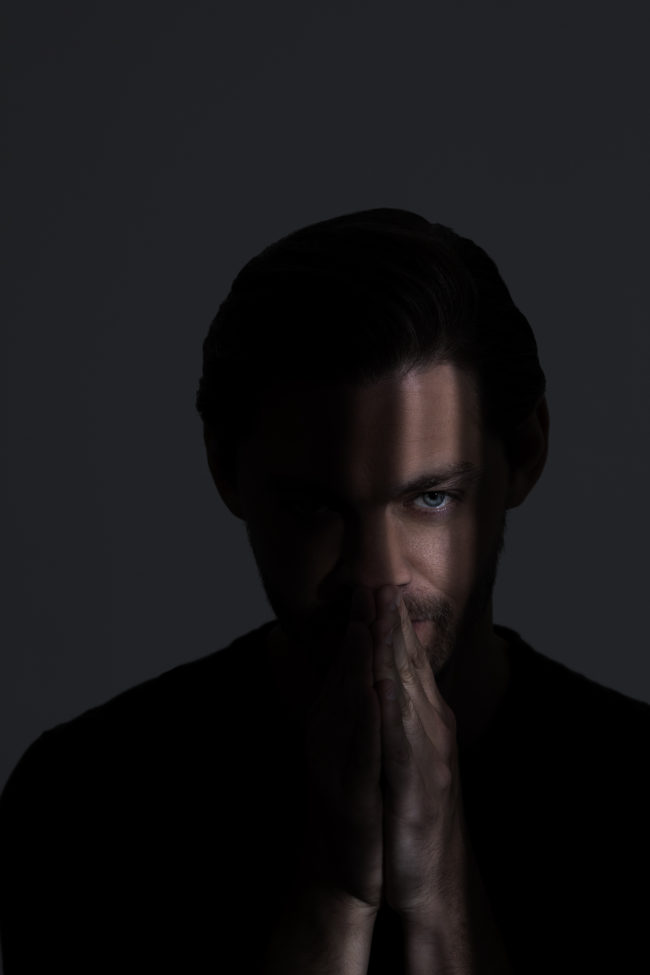 The Art of the Personal Project: Aaron M. Conway