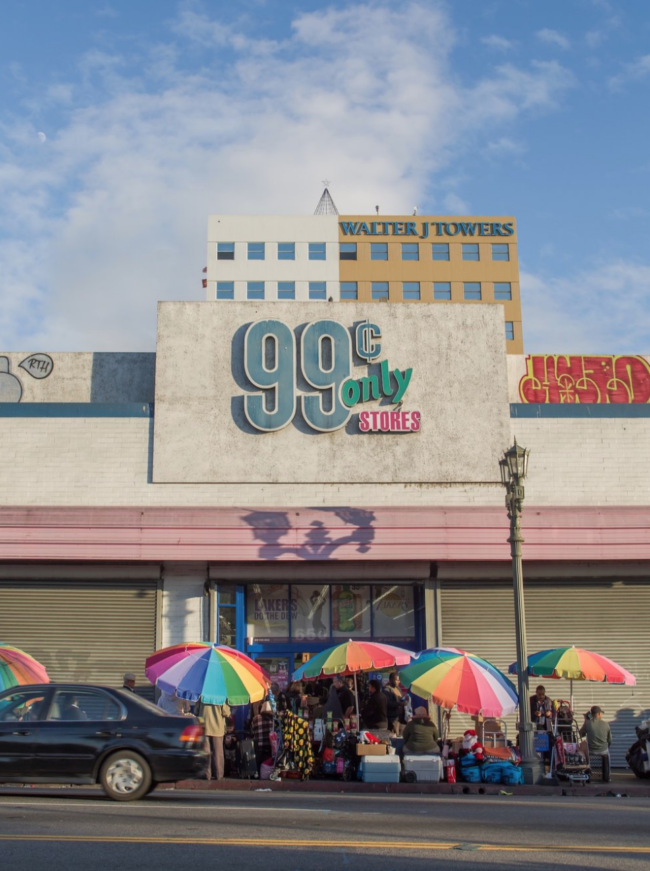 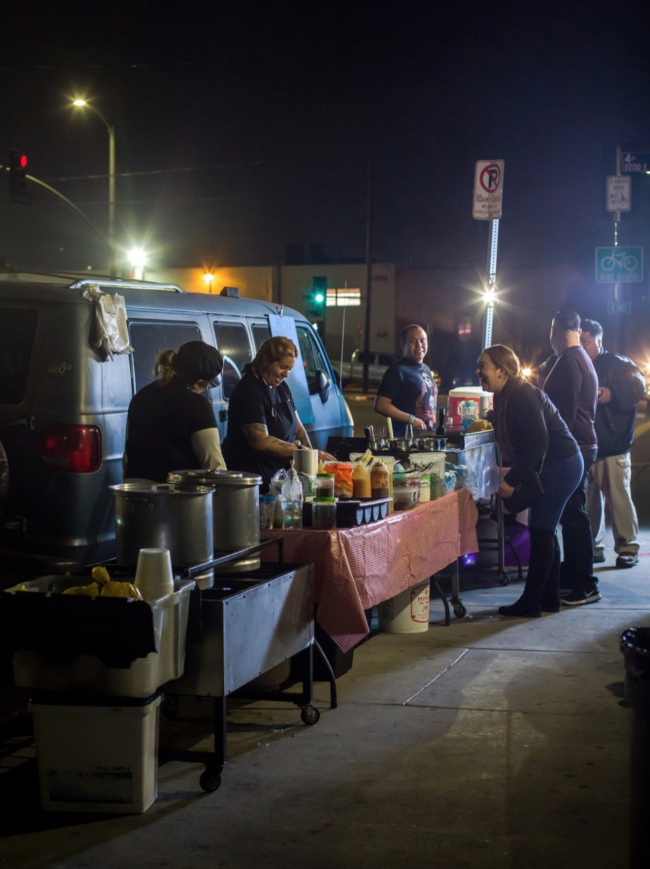 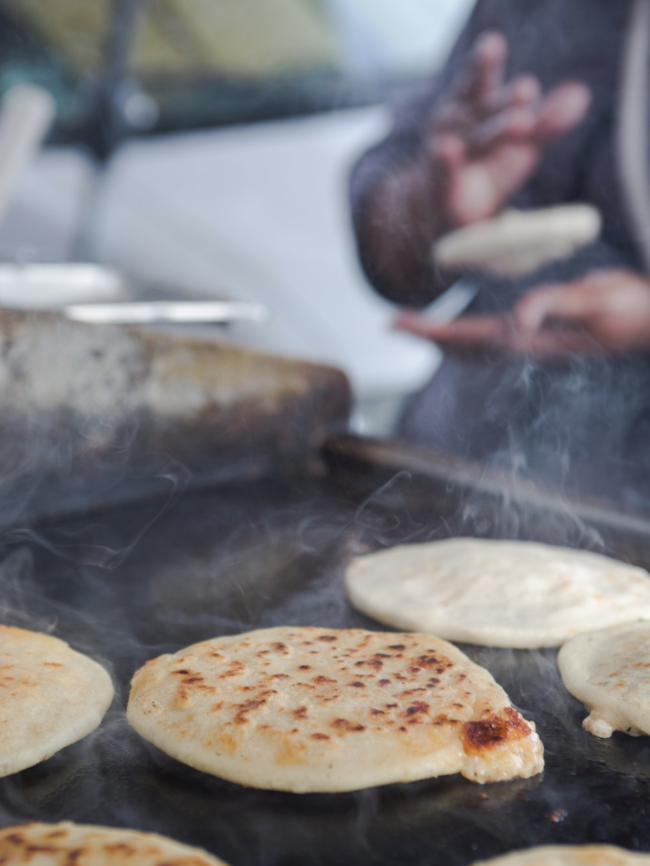 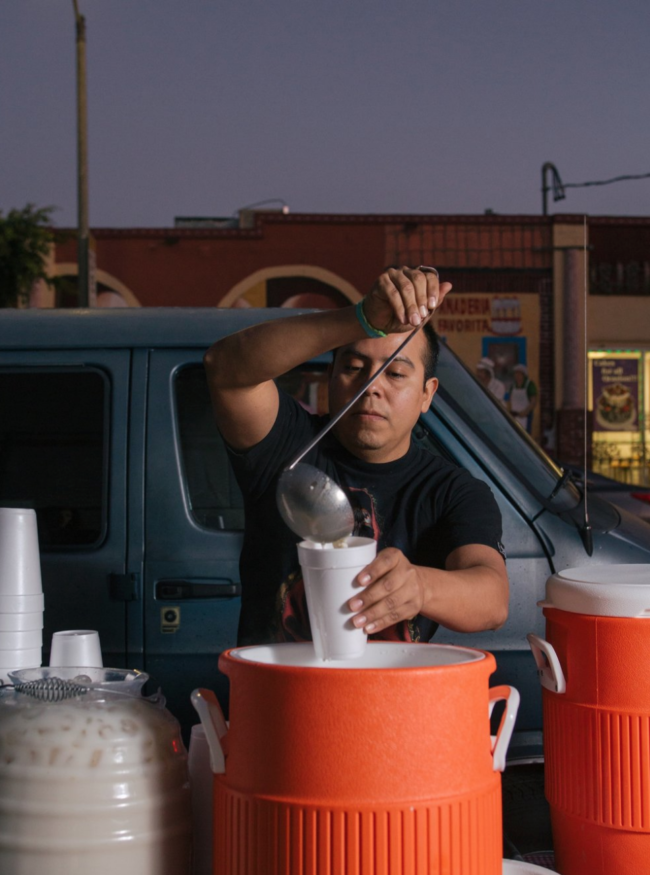 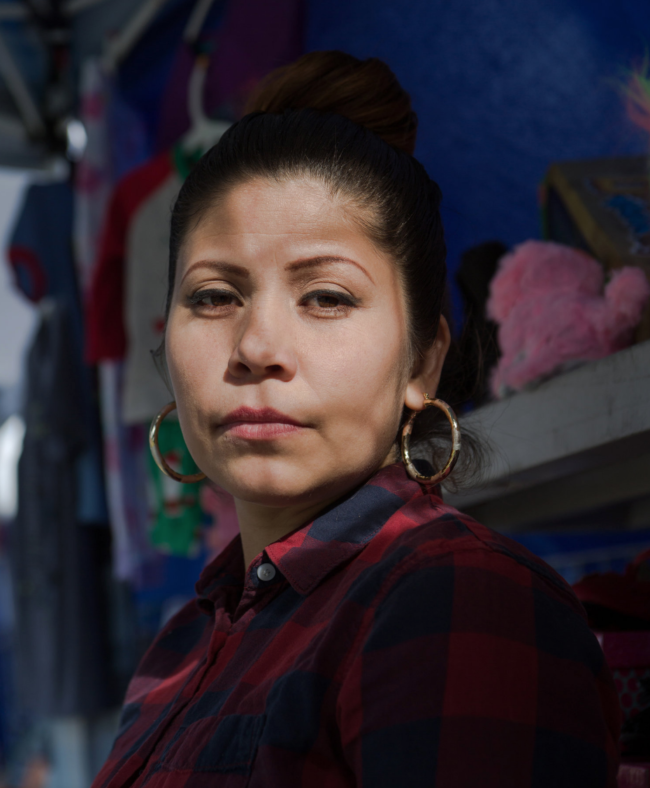 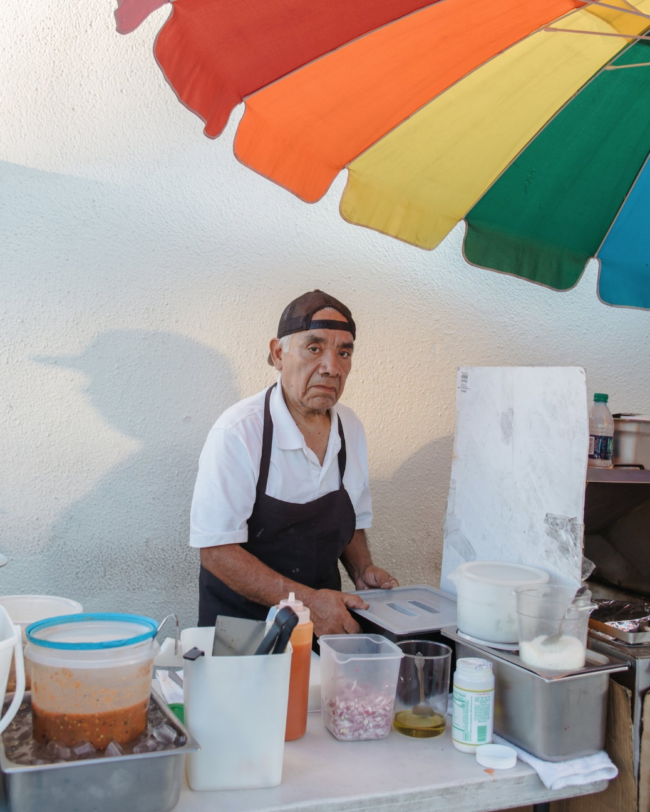 Heidi: How did you decide which vendors were going to be shot?
Jessica: I didn’t have specific vendors in mind, instead, there were specific locations in LA where I knew vendors posted up. Some of the locations I wandered to were MacArthur Park, the Piñata District and Boyle Heights, where I walked around, approaching vendors more so intuitively. There were, however, a few vendors who were scouted through East LA Community Corporation, an organization that advocates for economic and social justice in Boyle Heights and East Los Angeles. The writer on this story, Tim Arango, had interviewed a few of the vendors who had played a key role in legalizing street vending so for those individuals I reached out to directly.

How did this idea come about?
The idea emerged after Los Angeles finally legalized street vendors, which have long been a fixture of immigrant life in LA even as they operated illegally and were subject to periodic crackdowns. NYT editor Crista Chapman wrote me that their aim was to do a story that wraps in a few threads: the history of food vendors; immigration; food culture; and street life in a city that is dominated by the automobile.

What was the photo direction?
Visually speaking, the photos had to be shot vertically to fit the specific slideshow. My approach was to try to encapsulate  the culture of street vending the best I could; I looked for moments, details, wider landscapes and of course portraits.

How did you interact with them, where they receptive?
For the most part, vendors were happy with the news that they were no longer outlawed so they were very welcoming and open to sharing their stories with me. I think being able to communicate with them in Spanish helped build trust a little easier. There were a few who hesitated sharing their names due to the current political climate, which is completely understandable. But for the most part, vendors showed a desire to speak up about this issue as they felt justified in their stance. They know deep down they have dignified jobs, and make food with passion, some even following the foot steps of their ancestors who were street vendors back in their homelands.

The Art of the Personal Project: David Bean