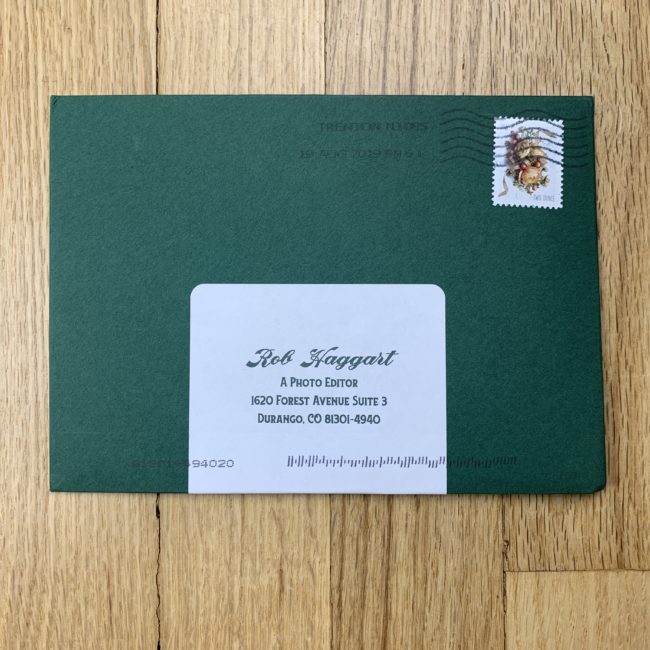 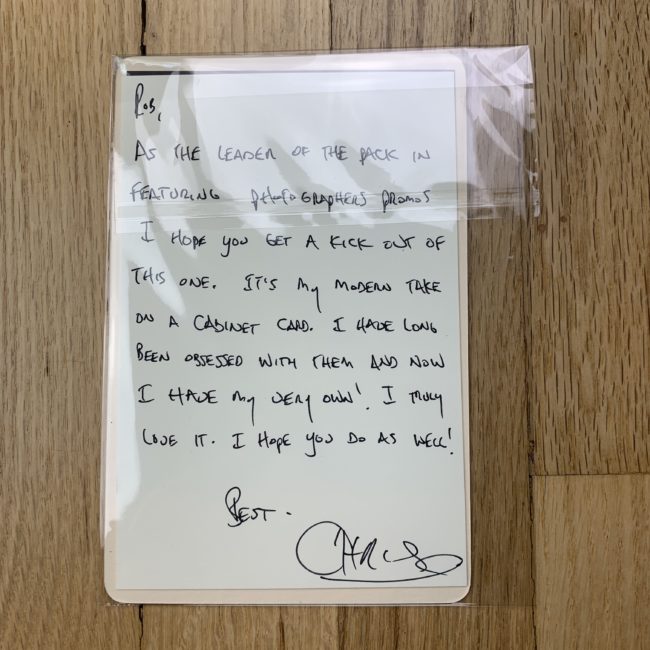 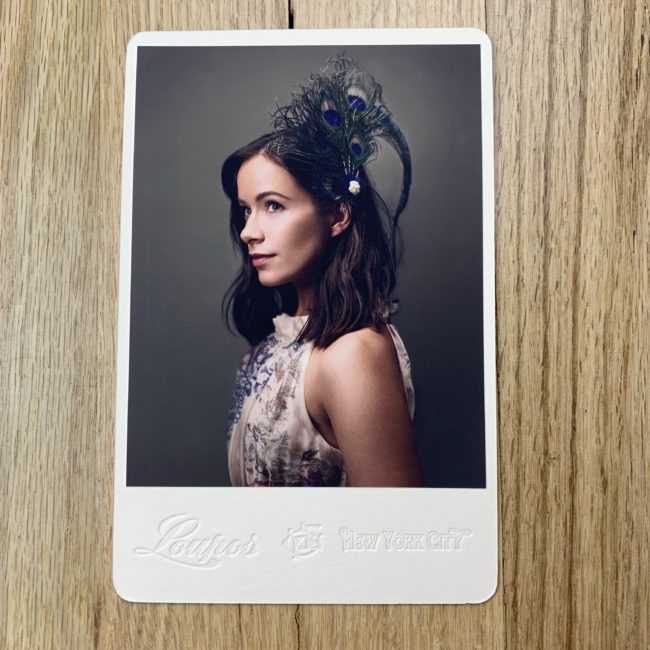 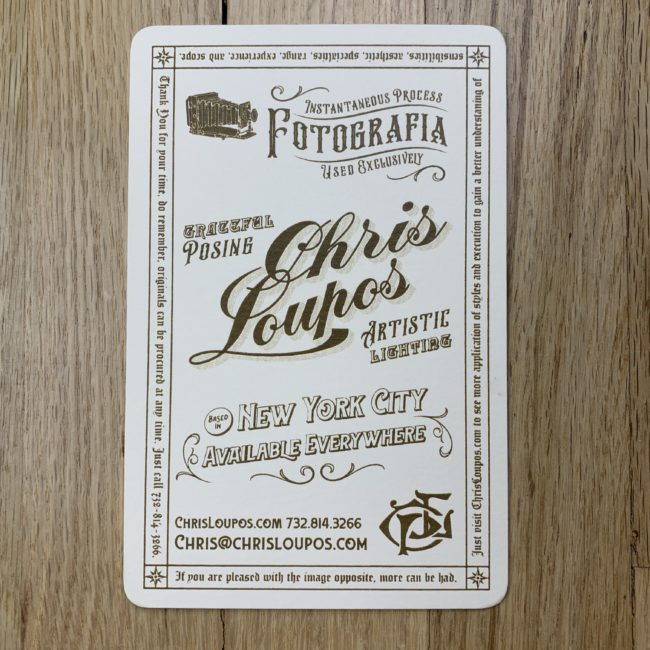 Who printed it?
My promo was printed at Casa Papel (casapapel.com) in Philadelphia. It was honestly not easy to realize this promo. I went through quite a few meetings with printers before I met with Casa Papel and even with them, it took quite a bit of back and forth before we got it perfected. Not really their fault, it’s just funny how hard it is to recreate something that was so common in the early 1900s. Other places had offered to print it on paper stock backing or other materials to get it “close” but I didn’t want to cut any corners. It was very important to me to have them be as authentic as we could make them to how they used to be. There were more steps in the process than you probably would imagine.

Who designed it?
I kind of had a cheat code here in my back pocket because my younger brother Michael (dribbble.com/mikeydoesit) is a talented graphic designer in Philadelphia so he and I had been talking about this for a while before we decided to try and actually do it. I bought probably 15 vintage cabinet cards at thrift stores as examples to work off of as well as some images of them from the web and he took them and made a TON of custom logos with my name and photo business on the front and back that would kind of be an homage to that style. I originally was going to do 5 or 10 different backs, but once we started really trying to print it, we realized that could never happen logistically. It was hard to choose the final design, there were a bunch of good options and I struggled a bit with the final decision but I’m really happy with how they turned out.

Tell me about the image and the card itself?
The image is of a model named Rebekah Marine (@rebekahmarine) who I’ve had an on-going working relationship with over the past few years. I just had an idea for a shoot with a sort of vintage feel to it and wanted to shoot with some peacock feathers and maybe a fascinator veil so I bought them both and we did a shoot together at a studio in Philadelphia. It wasn’t planned that this image was going to be a promo for me at all. I just liked the image. When my retoucher Nick (nicksilver.studio) sent it back to me and we talked about it I just thought this was an image that would make a perfect updated version of a cabinet card. It has that timeless feel to it. I could’ve gone black and white like they used to be, but my work is mostly based in color and I wanted to stay true to what I mostly do. And to add a little twist to make it my own as well.

How many did you make?
I printed around 75 of them with Rebekah on them and a couple individual ones for people that have been important to me in the photo business to give as personal gifts. They were NOT cheap to produce and I know people probably say this with promos, but I truly mean it when I say that I only sent these out to clients I really would want to work with and whose work I really really admire. I am not sure if most of the world, even the photo world, has any idea what a cabinet card is but my hope is that some of the real photography nerds like me will recognize it right away when they see it and those are the kind of people I want to work with the most.

How many times a year do you send out promos?
I don’t usually send promos, honestly. It’s been a while. I’ve spoken to a lot of photo editors I’ve worked with over the years and most of them say its a mixed bag on how effective they are. I didn’t want to do postcard mailers. I wanted to create something different and something unique. Something that someone might pin on their wall, put on their desk or at the very least remember when they’re trying to hire new photographers. I have to credit my brother for going the extra mile with some suggestions for complementary elements that ultimately brought the whole project together and highlighted what was most important, which was the cards.

Do you think printed promos are effective for marketing your work?
I’ve never directly gotten a job from one that I can recall, but I also have only sent out a couple. I’ve never sent out postcards. I find them to be impersonal and that’s not really me. In the past, I’ve created a zine with a mustache/beard photo series and accompanied it with custom made mustache wax in metal tins we custom branded and designed and now this cabinet card. I have an idea for the next one but we will see if I can actually follow through with it once the body of work is finished. It’s percolating though.

I’m endlessly fascinated with the world of photography. It’s one of the only jobs in the world where you want to work more than you do, if you love it like I do anyway. I think it’s becoming so hard to get anyone to stop and pay attention to you in the scrolling era, and with promos my goal is to make something unique that isn’t run of the mill and commonplace. I wanted people to be able to hold this in their hand, feel the letterpress, look at the gold etching on the edges and honestly just appreciate the work that went into making it. I think we succeeded and I’m happy people are appreciating them, I hope some prospective clients feel the same way.

The Best Work I Saw at Photolucida: Part 6