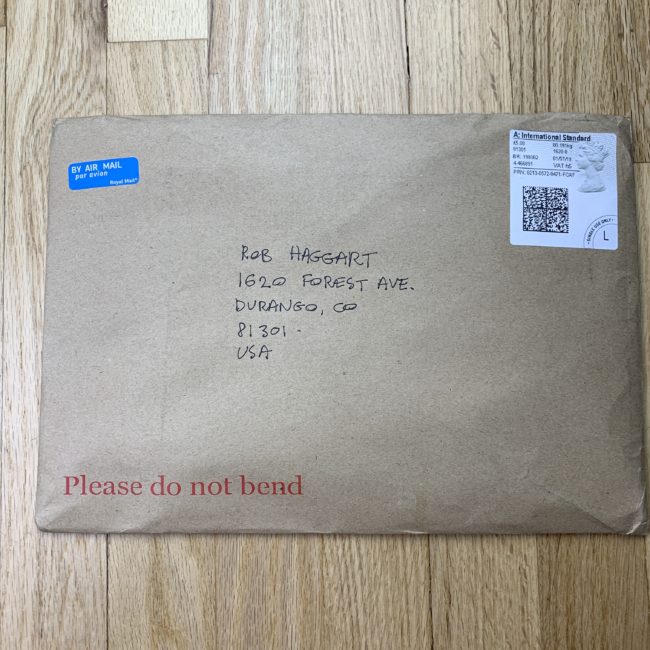 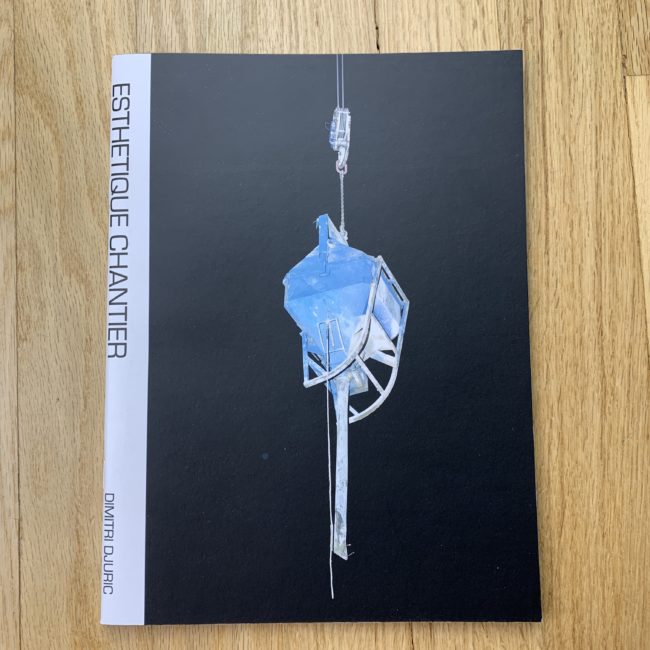 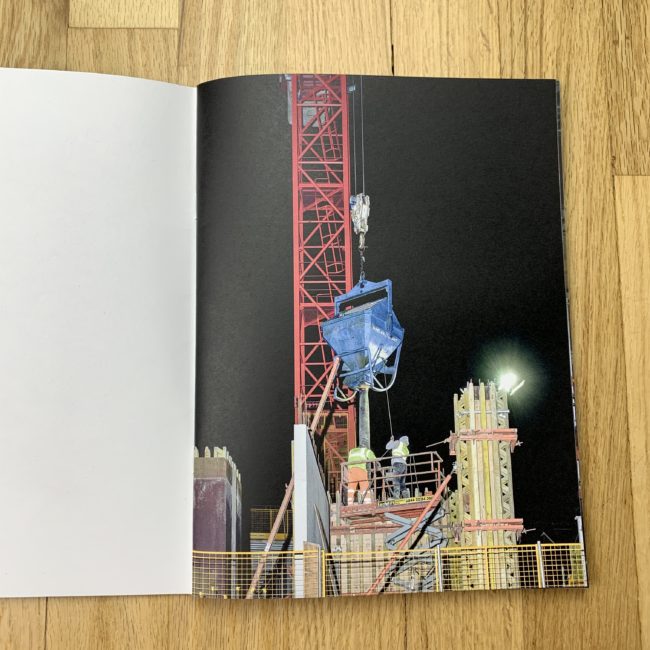 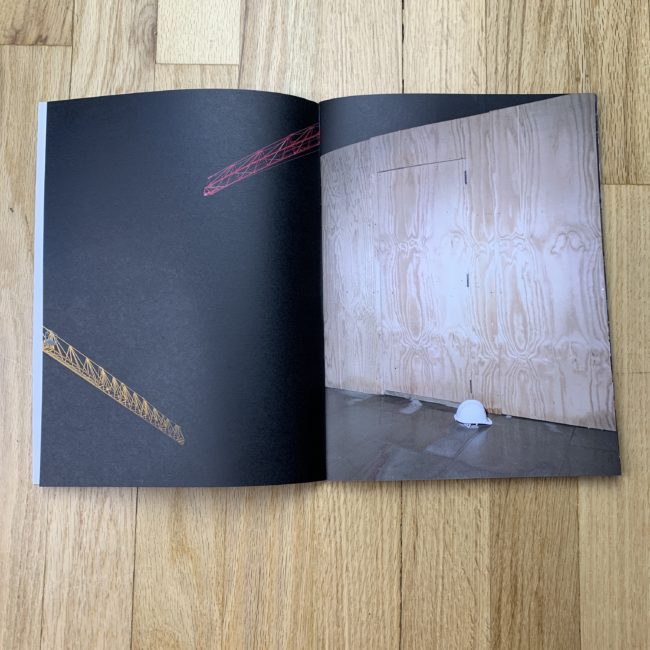 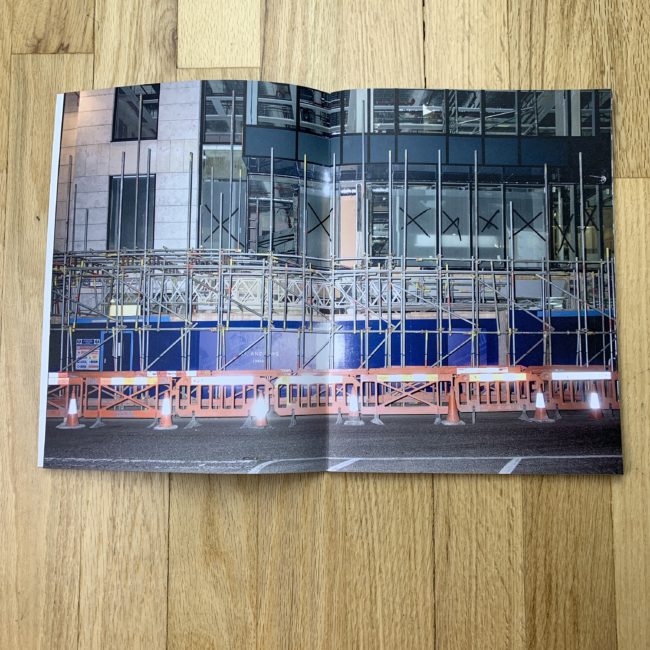 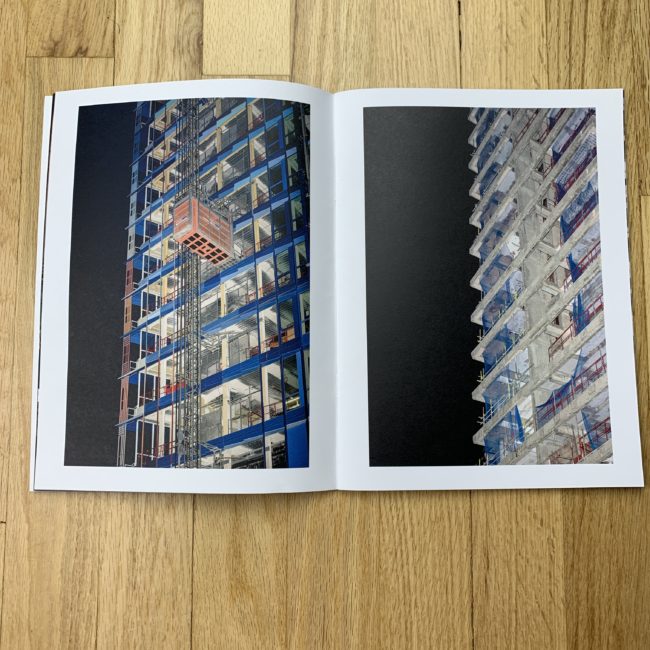 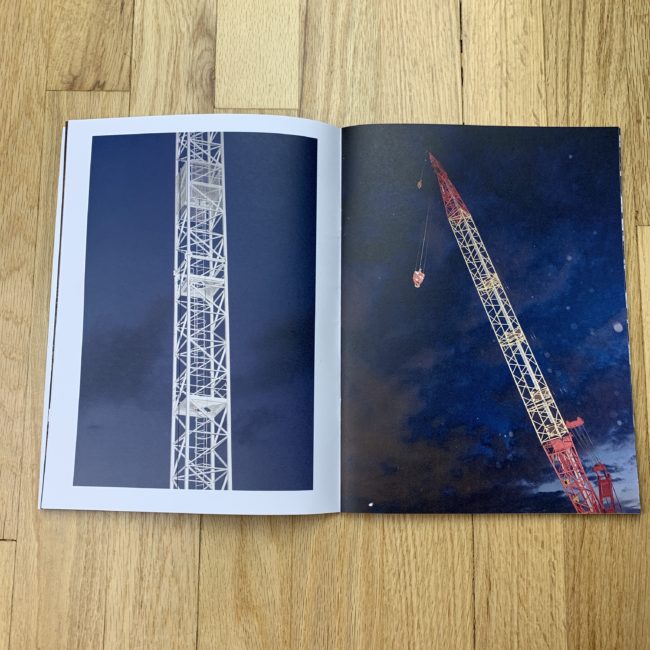 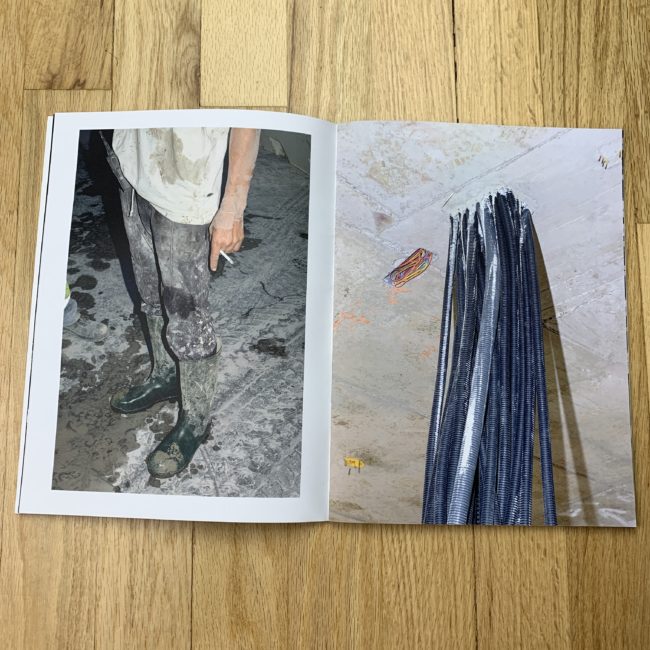 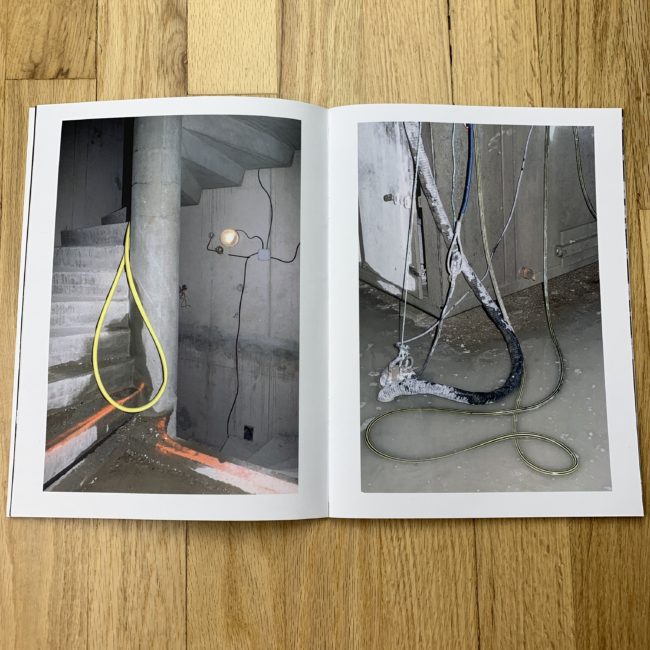 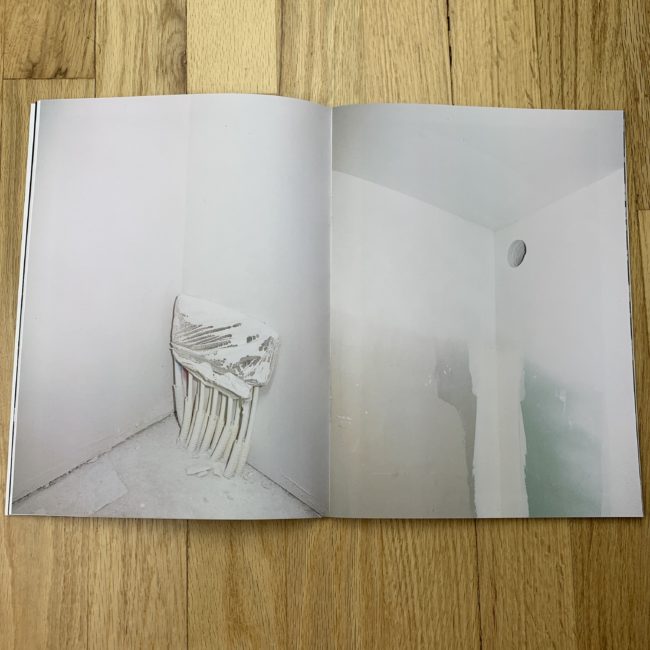 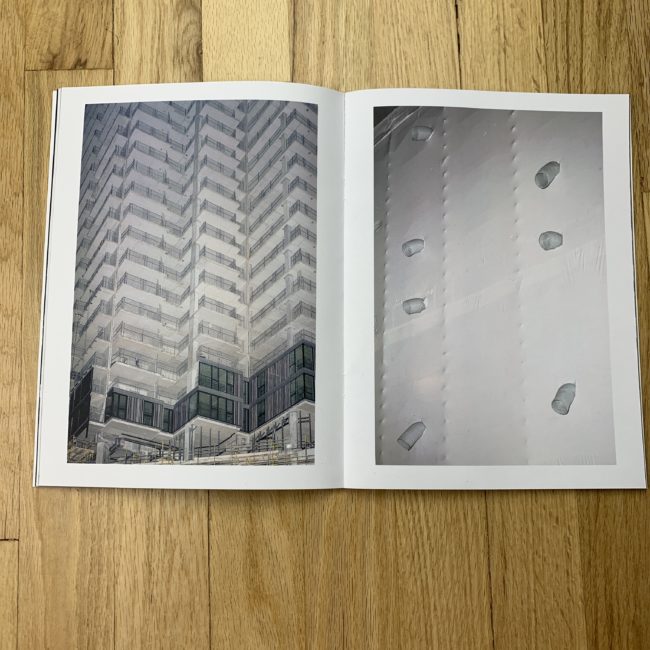 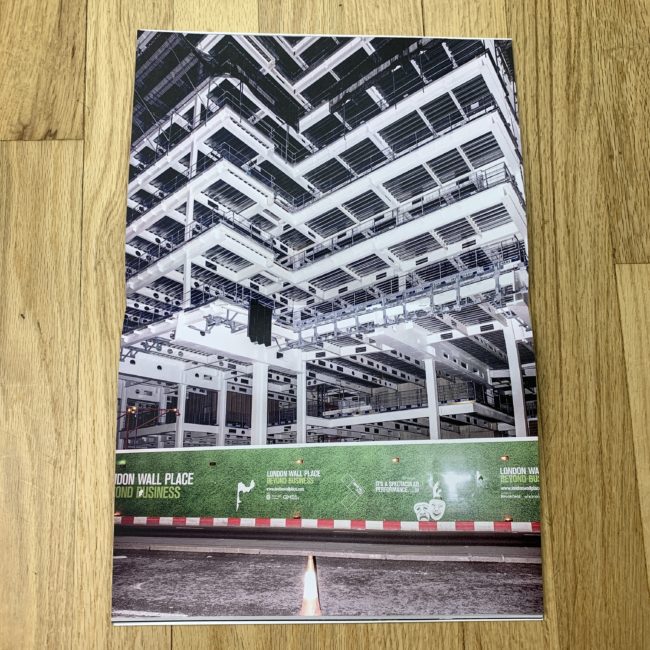 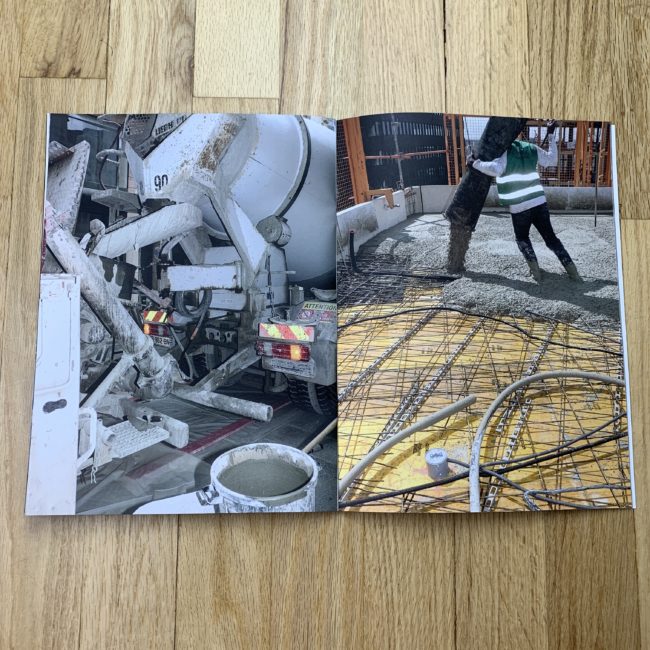 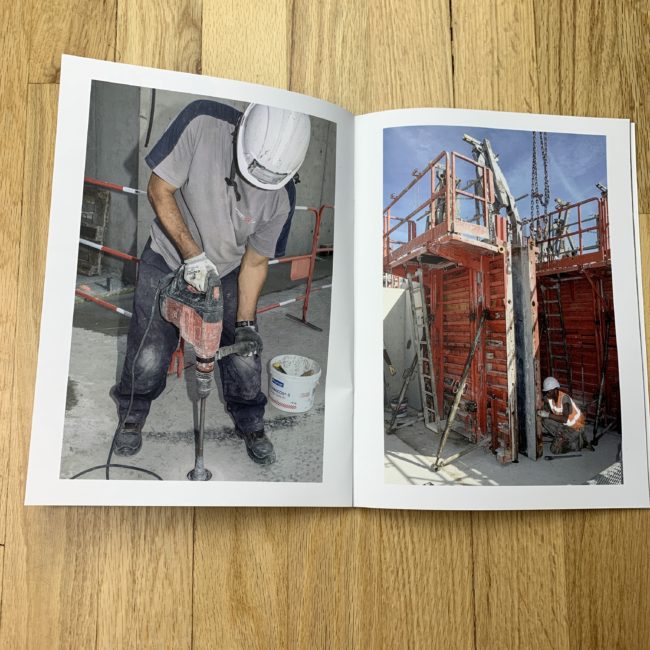 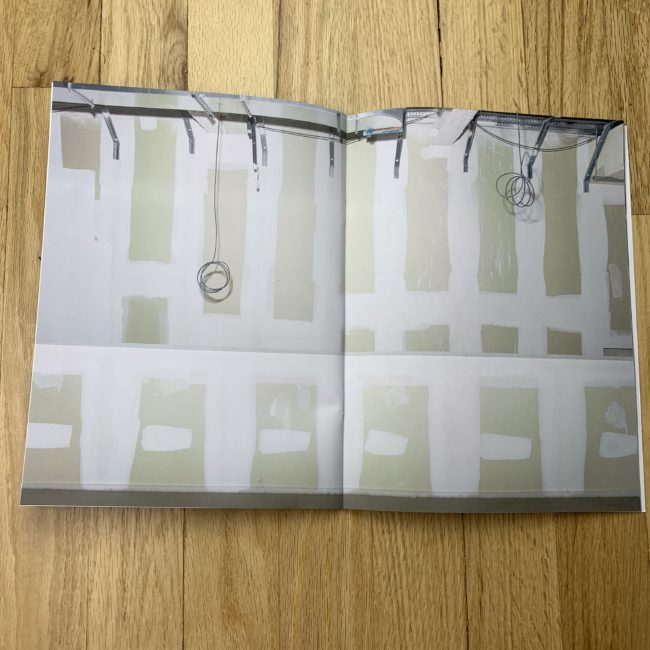 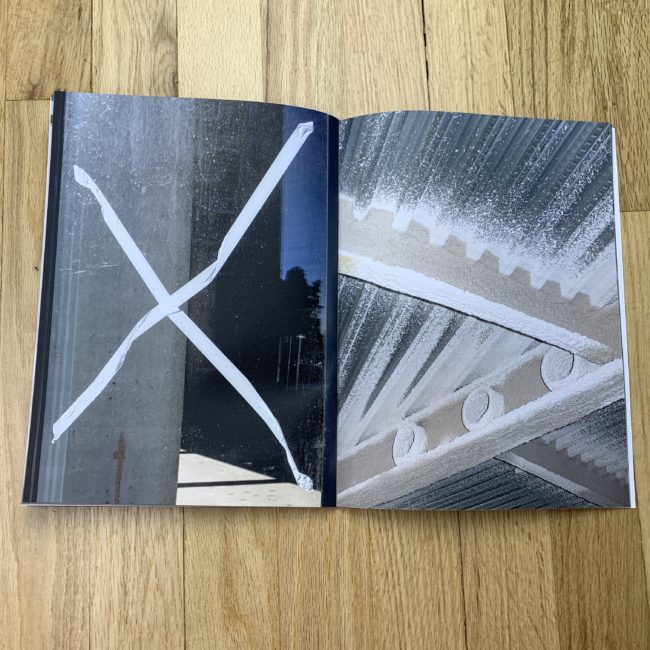 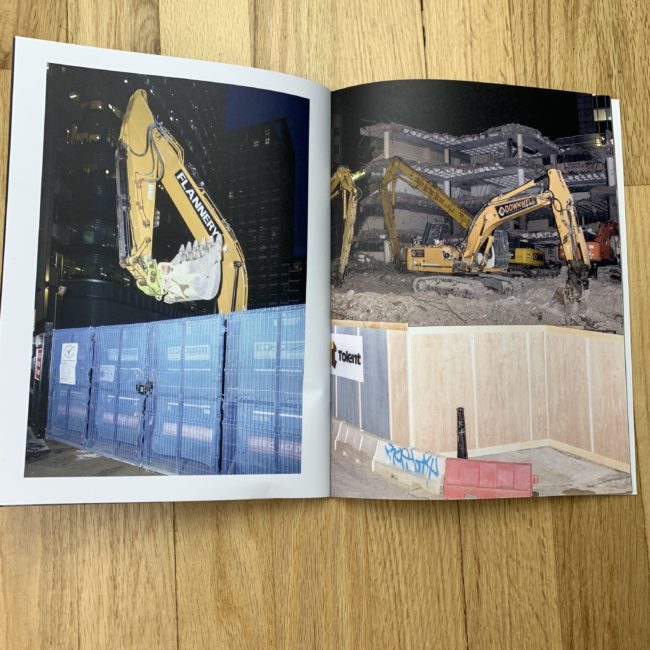 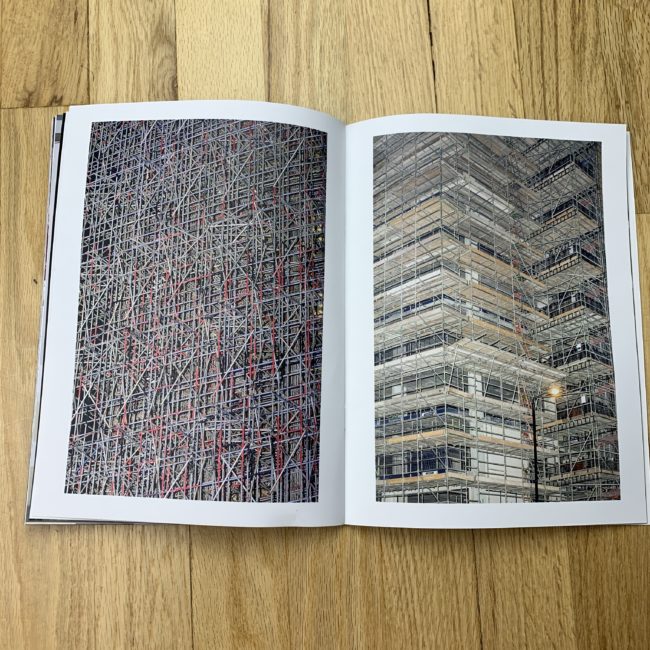 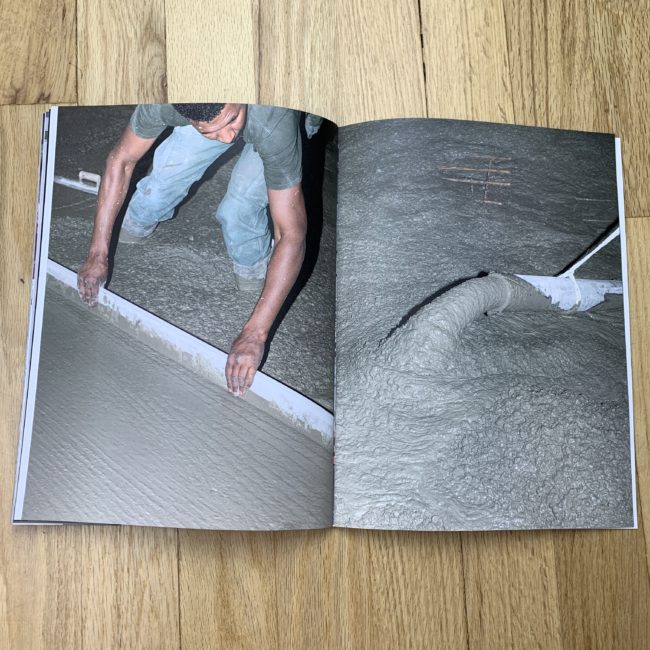 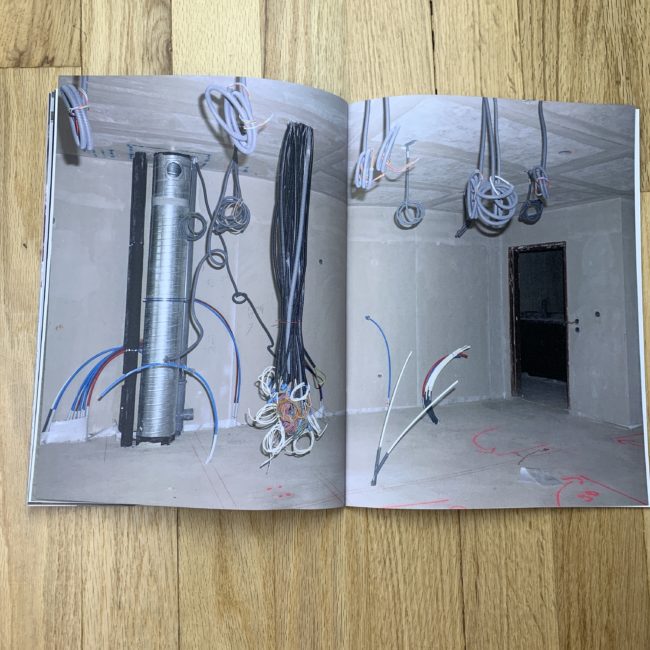 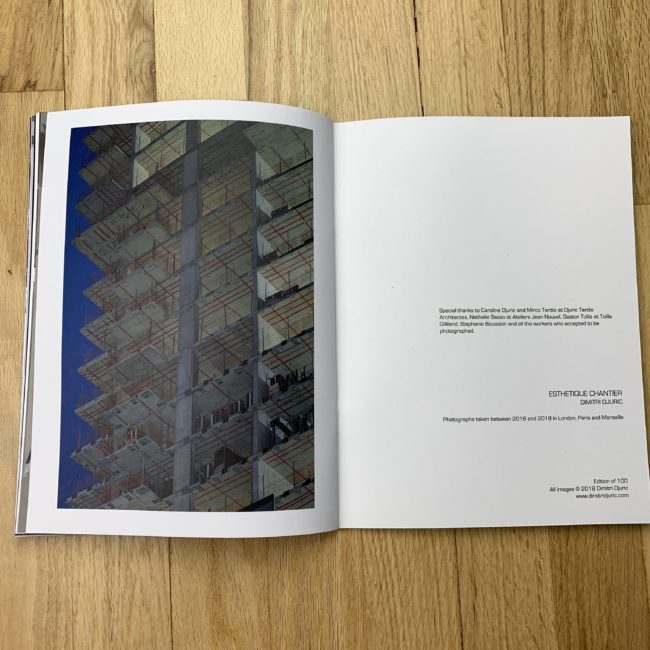 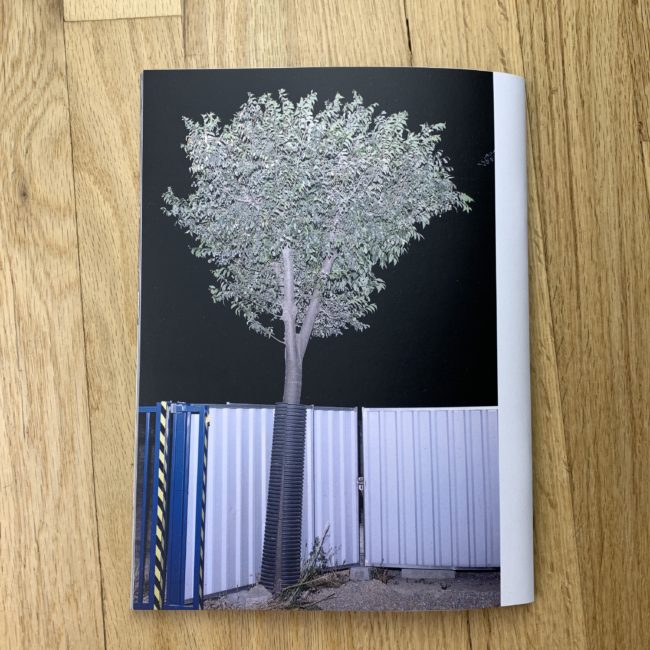 Who printed it?
Ex Why Zed in the UK. I’ve used them a few times in the past. I like them.

Who designed it?
I did.

Tell me about the images?
This is a series I’ve been working on for a while. It’s a visual study of the motifs of of construction. The title, Esthetique Chantier, is French for Building site aesthetics.

I’m interested in the temporary/permanent nature of building sites: They change all the time so it calls for documentation. Even though they are generally perceived as short term, they are also a permanent feature of large cities, always and everywhere around us. Both my father and sister are architects so there is a family interest.

I started taking pictures of buildings and construction sites from the street. I wanted to get access to some sites but this took a while. I contacted developers and building firms. The architects I knew didn’t have anything interesting in the building phase at the time. My sister put me in touch with some people and I got to photograph a couple of great projects. These discussions for access meant I was showing the work to a lot of various people, it was good networking.

How many did you make?
150. I use it as a promo piece and send it to prospects but it’s also a photo book in it’s own right and is sold in a few bookshops in London and Paris.

How many times a year do you send out promos?
Twice on average. I don’t do big campaigns. Generally personalised postcards. I have been doing a book or zine every year/18 month. Each has been used as promo as well as sold in a few bookshops.

Do you think printed promos are effective for marketing your work?
I think so. It’s definitely more memorable than emails or galleries on websites. I think people look at printed work in a different way than on screens.

The Best Work I Saw at Photolucida: Part 4