(Minus the depression, thankfully.)

I still have a hard time thinking about Tony, as his death both hit me hard, and exposed the power of his through-the-camera-charm.

When Tony killed himself, there was an outpouring of global grief that I’ve seen very few times.

It was big when Pope John Paul died.
Sure.

And David Bowie.
People got really upset about that one.

But even a President like Ronald Fucking Reagan made barely a blip, when he finally gave up the ghost, while a Jewish-French Jersey boy, a former heroin addict who eventually got hooked on Brazilian Jiu Jitsu, managed to shake the world with his passing.

It’s a fair question to ask, now that it’s been long enough for the emotions to have settled.

Tony lived a huge chunk of his late life on camera, and the guy that emerged for his audience was cool, smart, curious, funny, interested, intellectual, and above all, respectful.

He treated each person he met, in every country, with an innate dignity that made that person like and respect him right back.

Beyond the cool, party-guy, hard-drinking persona, there was the soul of an artist, as well as a cook. (Cooks don’t often call themselves chefs, and vice versa.)

I can’t imagine how a guy with that much to live for could feel so awful as to believe that a noose was his only way out.

He must have felt really, really shitty to do what he did.

But I can imagine how it must have felt, all those years into the job, when he began to truly understand just how alike all the places in the world were.

At some point, (the law of diminishing returns,) it simply must have been impossible to summon the energy to ask one more question, no matter how interesting his counterpart might be.

(I’m not saying I’m burned out, because that’s not true.)

Last week, I went into my own memory to pull out an important book to share with you, because I could. That creative freedom is special, and probably the number one reason why I have avoided boredom or flamed out.

Rather, after 7.5 years of doing this each week, the world has come to me several times over. A few years back, I wrote that I’d reviewed projects from every continent, and now it’s likely been twice.

These days, there are really few places that I haven’t seen, virtually, via photographs.

As such, all the meta-stories become really obvious.

Most people just try to raise their families in a safe environment, get as nice a lifestyle as they can, and live in an area that offers economic opportunity, a clean environment, and lots of social and cultural options.

And the ones that do exist, and are well known, have become inaccessibly expensive for most “regular” people. (I’m looking at you New York, San Francisco, and from, what I hear, LA.)

Money and power have always ruled the world, and always will. Those resources congregate in cities, which means that there is deep rural poverty across much of the world.

In those out-of-the-way places, young people flock to cities for the aforementioned reasons. Older people are left to run the vestiges of an agricultural economy, with a dwindling population, and few resources.

The natural resources that sustain these rural communities, (unless they’re in some of the few global countries that have strong, enforceable environmental protections,) will likely be manipulated by larger, governmental and corporate interests.

Those power players often trade environmental degradation for cash, or energy development, at the expense of those poor rural villagers who lack the funds, education, and/or organizing capacity to fight back in any meaningful way.

(Or, just as likely, the country in which that happens lacks the rule of law at all.)

So I was both engaged, and not entirely surprised, to read of the plight of the Vjosa river in Albania.

I was looking at “Kuçedra: Portraits of Life on Europe’s Last Wild River,” by Nick St. Oegger, which was self-published last year. (With funding from Patagonia and several other environmental organizations.)

It showed up from Ireland, though the bio at the end says that Nick was born in California. (So I’m not sure if he’s an American living in Ireland, or an Irishman who was born in America.)

Though it’s far from brilliant, I like this book, and am writing about it, which is always the number one compliment I can give. It inspired my creativity, and made me think about something.

(In this case, Tony Bourdain.)

I’ve never been to Albania, and outside of working for an Albanian guy in a restaurant in the East Village, (he fired me,) I don’t know much about the place.

It occupies that Macedonian region, south of the old Yugoslavia, but North of that whole Greece/Turkey axis.

An early map shows how much Adriatic coastline it sports, (and it made me think, hmmmm, I bet there are some cool beach towns there,) but the Vjosa only dead ends in the sea, so this is a more inland affair.

(With wandering, ambling, fresh water, in lieu of the endless, salty horizon of the sea. Like I said last week, I need a vacation.)

The Vjosa interlinks ancient rural communities who indeed face the problems I wrote of above.

A strong, clear essay at the beginning, by a professor in Slovenia, tells us that women used to marry upriver, and move into their husbands’ communities over the generations.

The metaphor she uses, of upstream representing fresh and new, of young and vibrant, makes sense in an old-school DNA way, as in small villages, if you keep moving in one direction, your cousins will always be behind you. (Meaning, you won’t marry them.)

It keeps the genetics fresh, which is so important in isolated, rural communities. (Remember, I live in one.)

As the federal power structure has begun to dam the river, in search of hydro power, the culture and environment are both at risk, and communities have organized to battle.

But really, in 2019, how many of us think the villagers will win?

The text tells us the EU is trying to strong-arm Albania into behaving better, environmentally, but they’re doing what they want now, in case they do ever join the EU, and give up sovereignty.

I like the pictures, and the light in particular. They’re certainly lovely, in some cases outright beautiful. One concern, though, before I knew whether Nick was Irish or American, was why he was in Albania in the first place?

Where was the intentionality, or deep connection to time and place?

And these did not seem like they were shot over a long duration.

In the portraits, the villagers are often guarded, or look away, which is a tell-tale sign that there is a large chasm between the photographer and the subject.

Last week, I bemoaned the fact that so many of these books look alike these days. (A plea, perhaps, for some edgy submissions?)

This one is not dramatically different in style or content from most books, and I know I’ve equated Albania with many other places, but overall, the book does give us a sense of the smell in the air, I’d say.

And it is undoubtedly the first book I’ve seen from Albania, which is always high on my list of getting a review: showing us perspectives we’ve never seen before.

As I looked at it, I did wonder if its raison d’être might be that it was funded by environmental interests, or a national tourism board.

It’s got something of that feel, and in the end, we learn that’s what transpired. Eco-tourism is one of the few potentially clean economic engines for places like the Vjosa, so I wish those warriors well as they fight the powers that be.

Now I can say I know what rural, agricultural Albania looks like, and so can you.

We’re along for the ride together, and I never forget it. 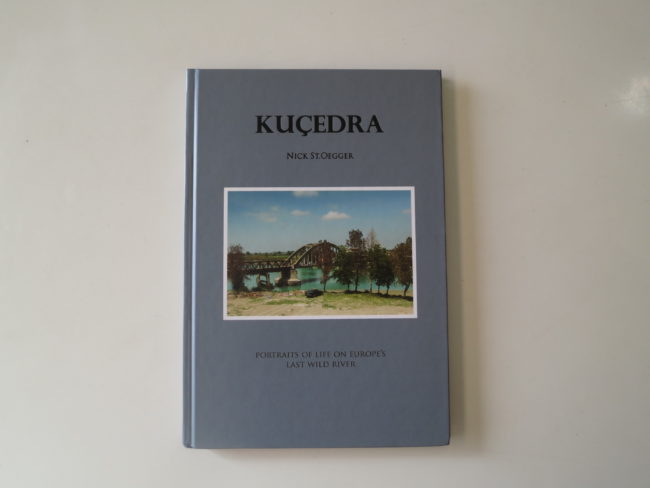 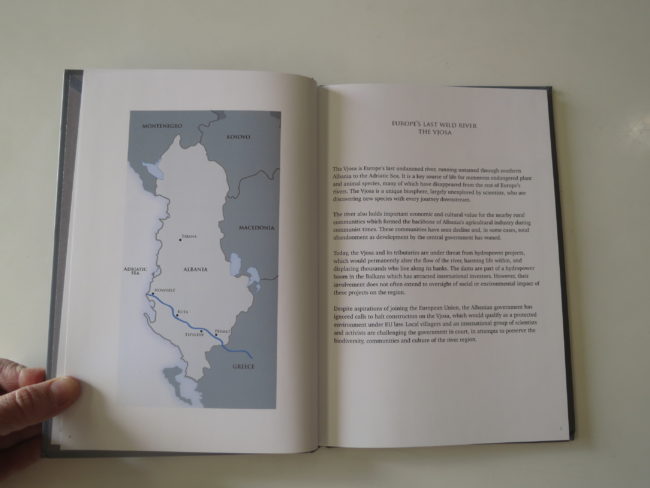 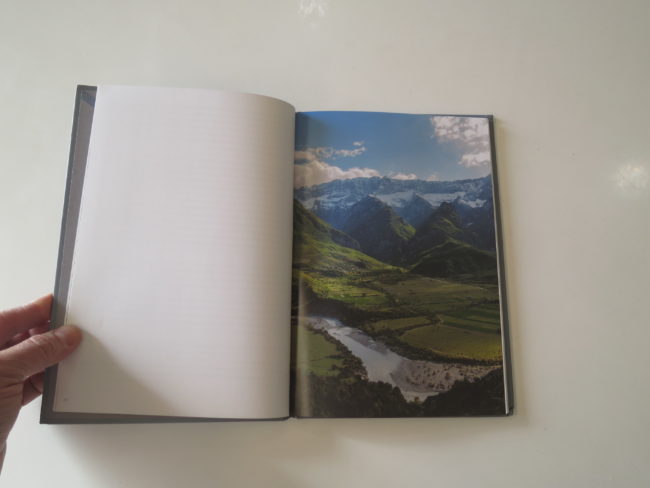 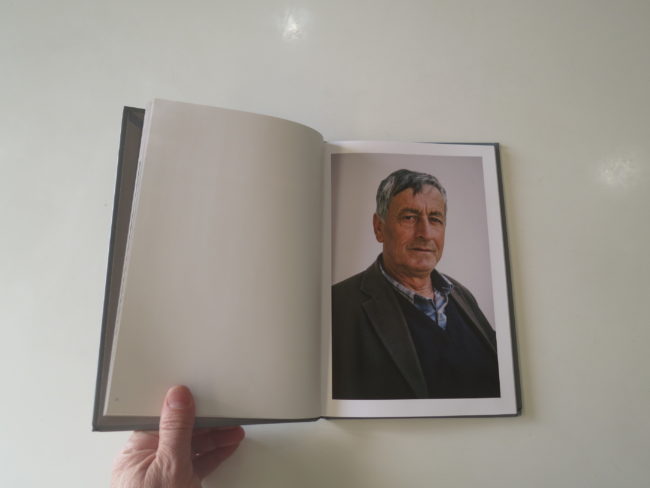 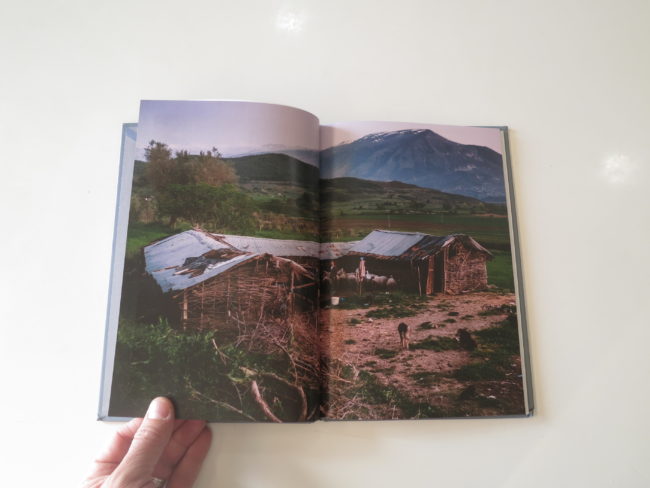 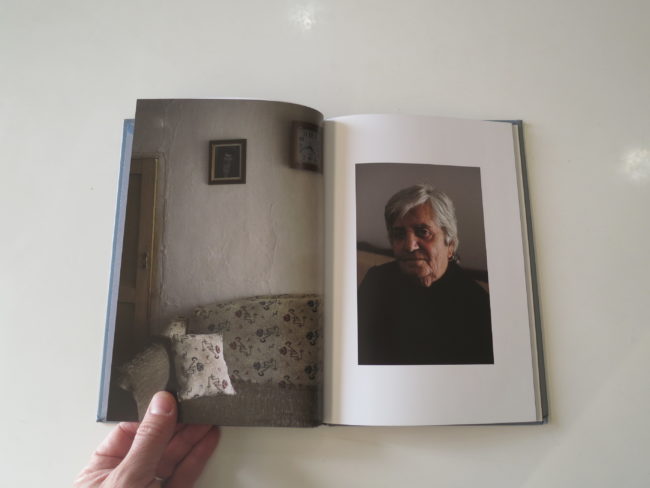 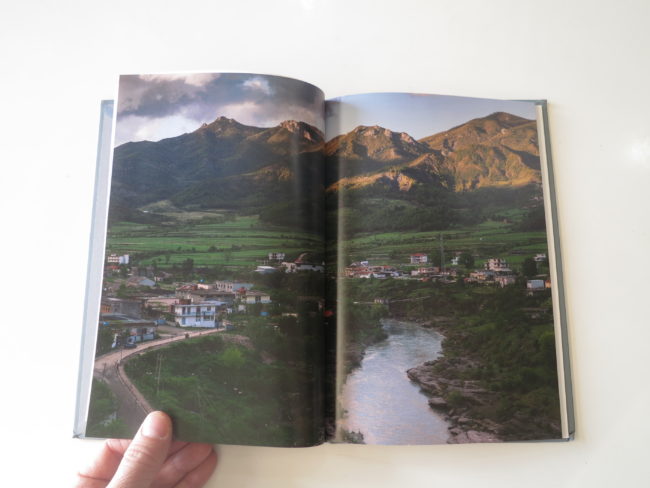 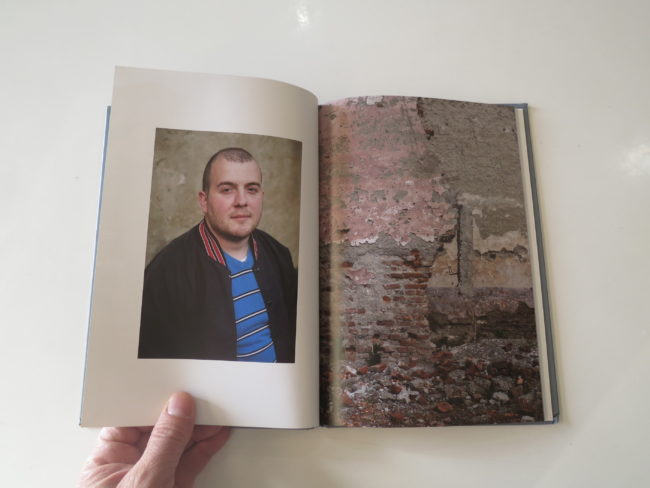 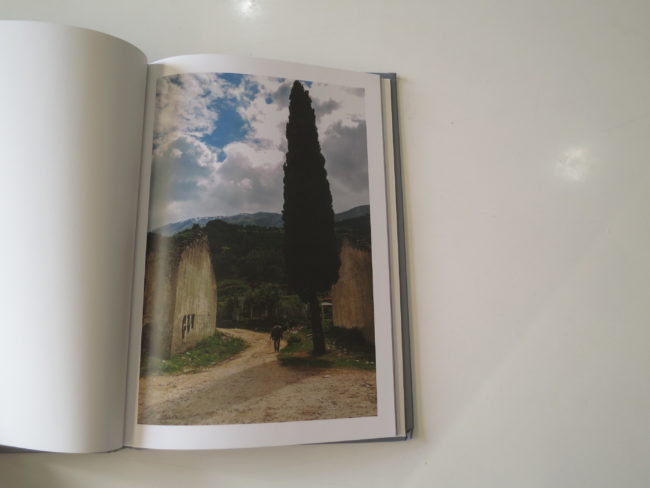 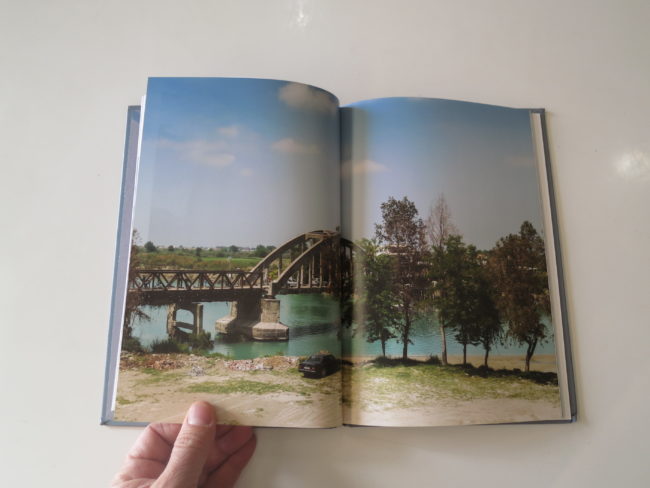 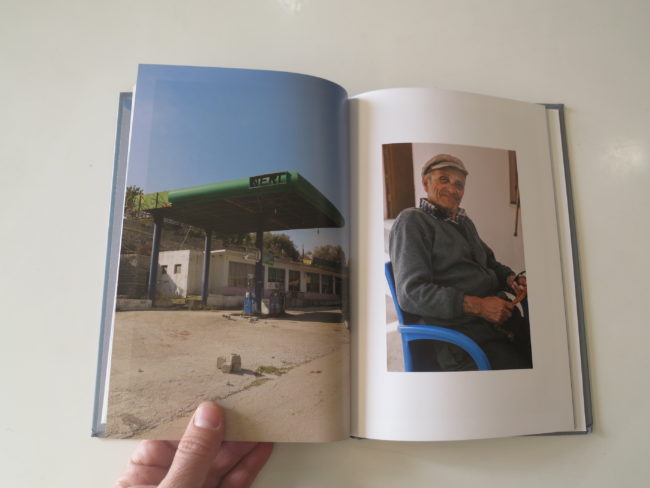 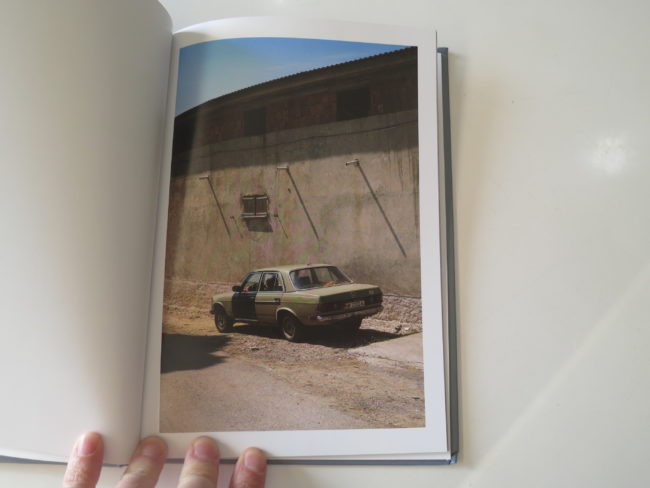 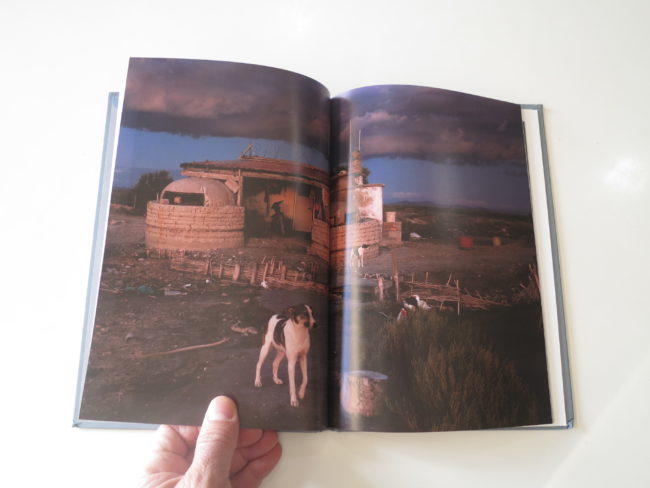 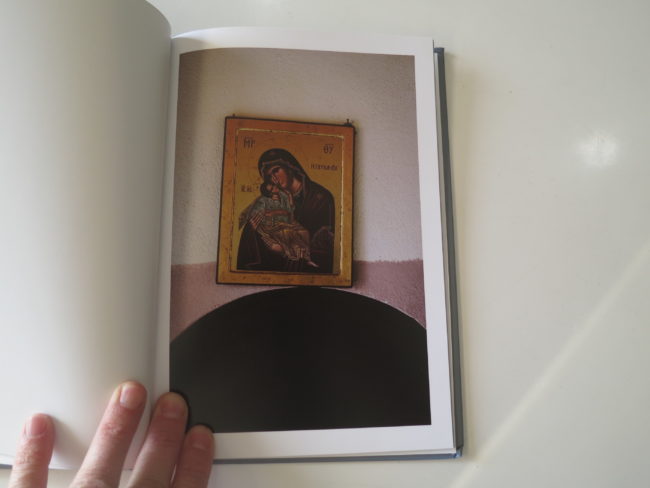 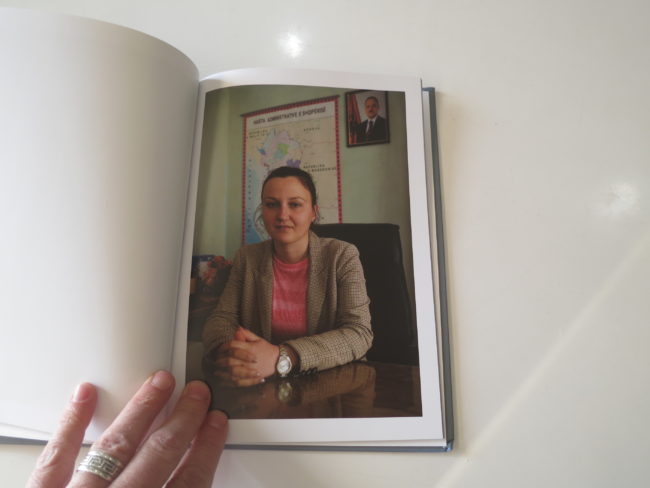 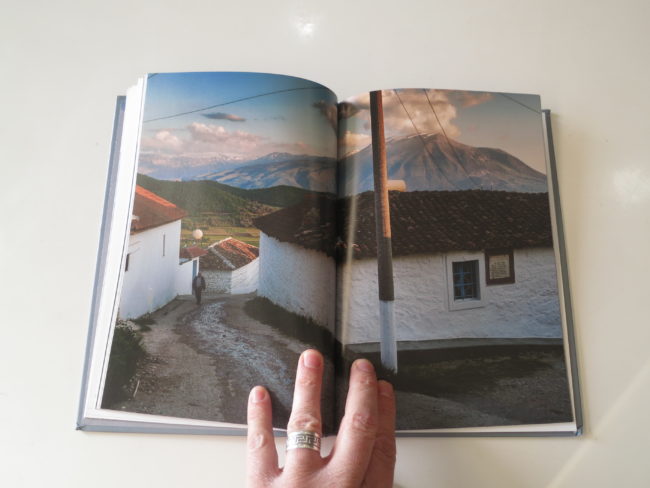 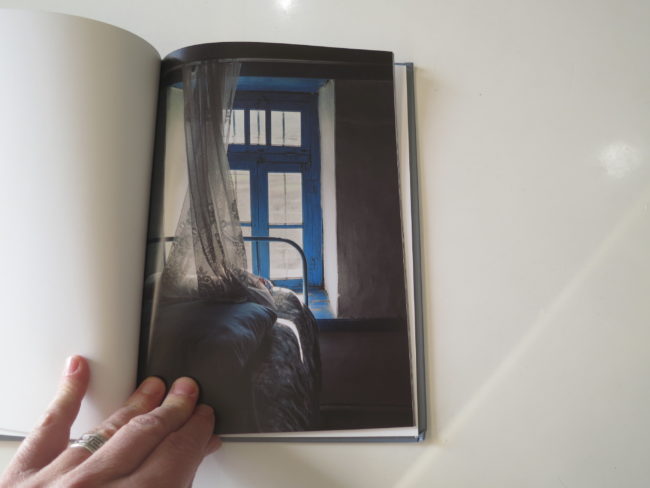 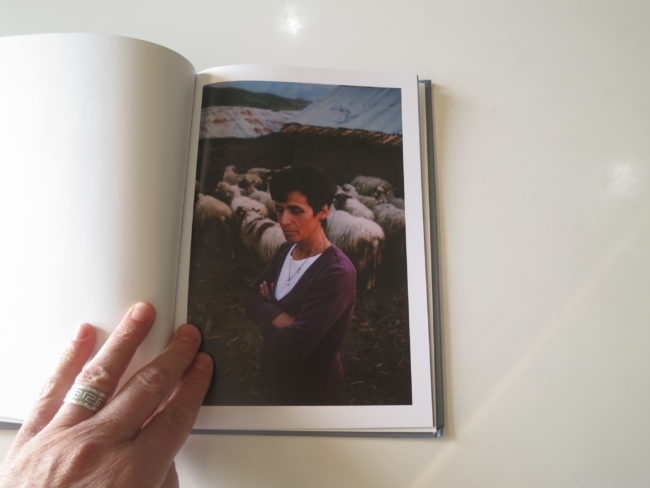 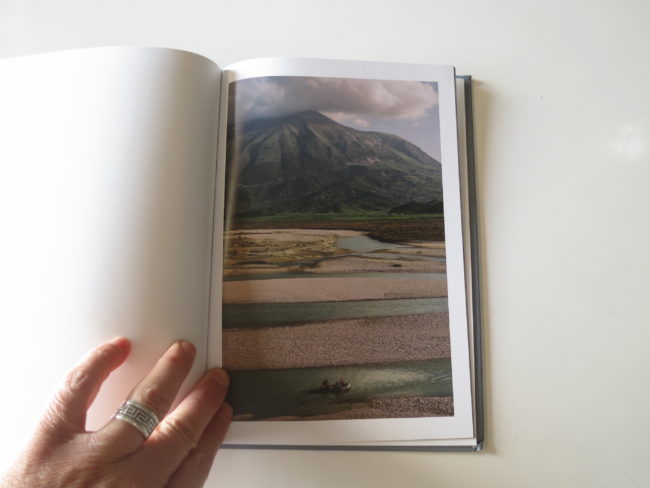 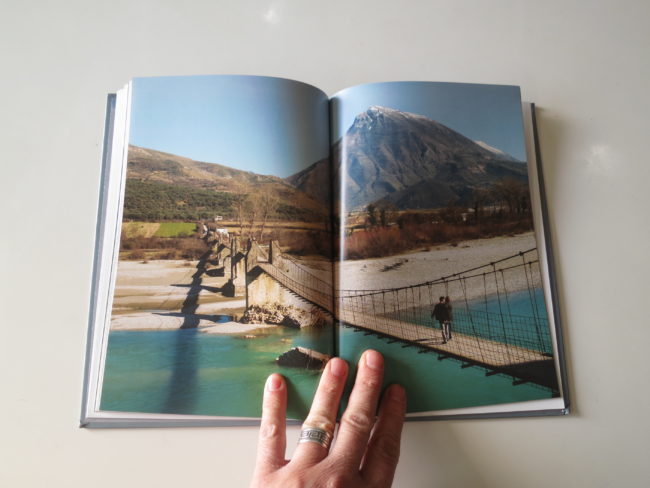 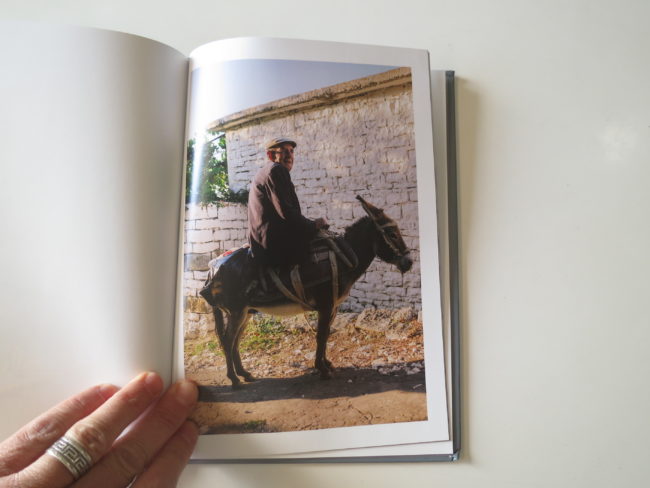 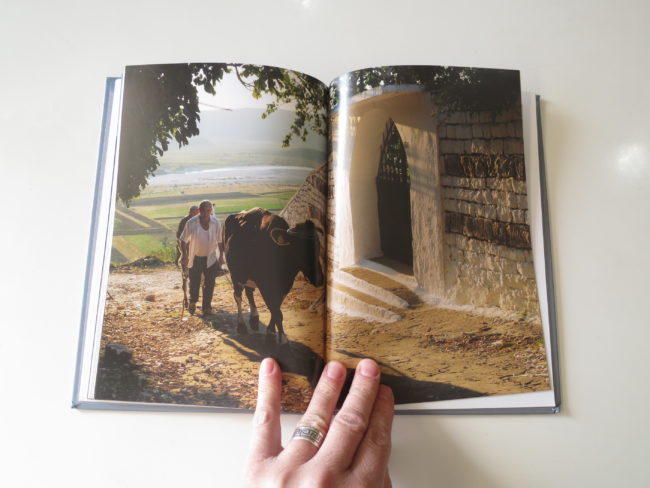 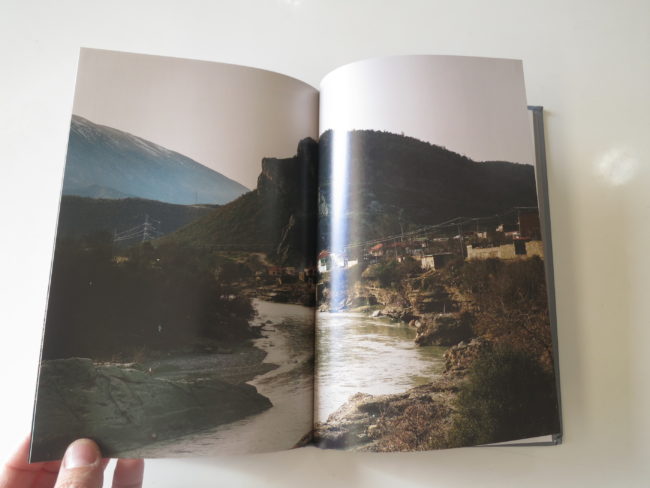 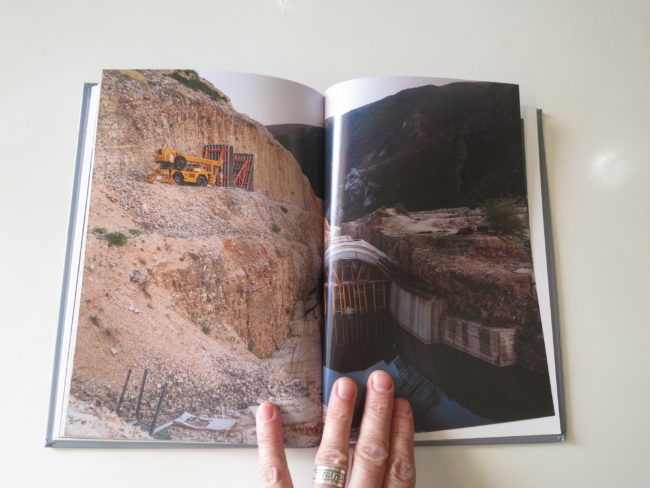 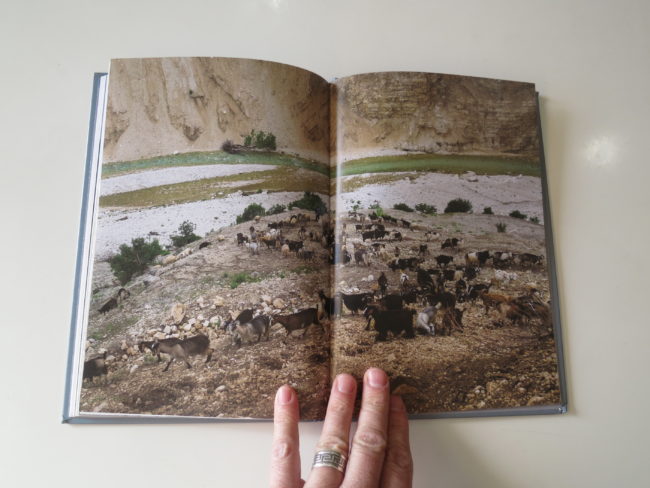 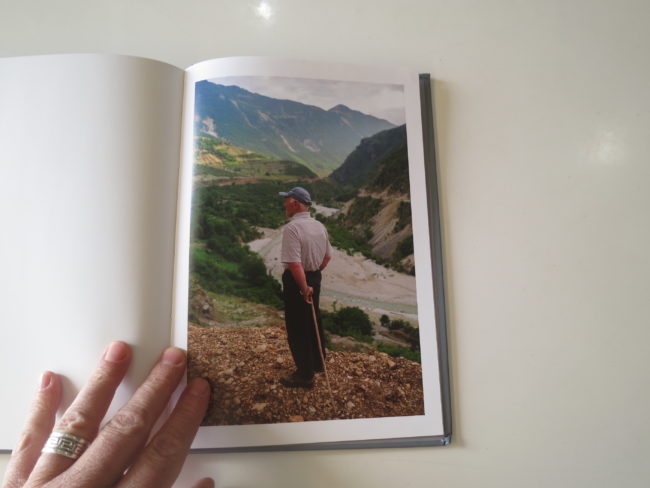 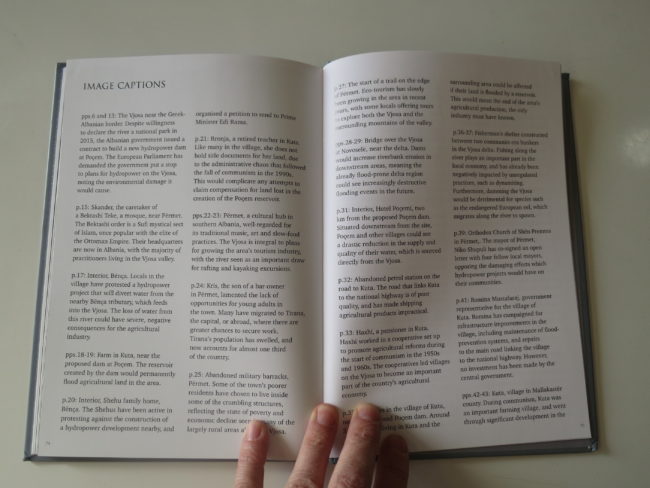 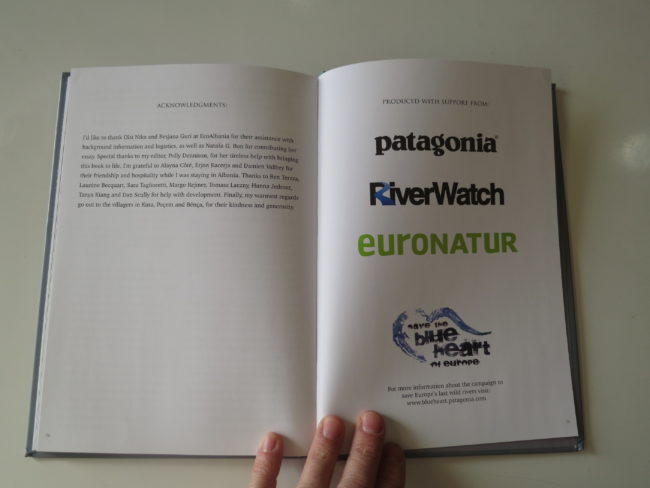 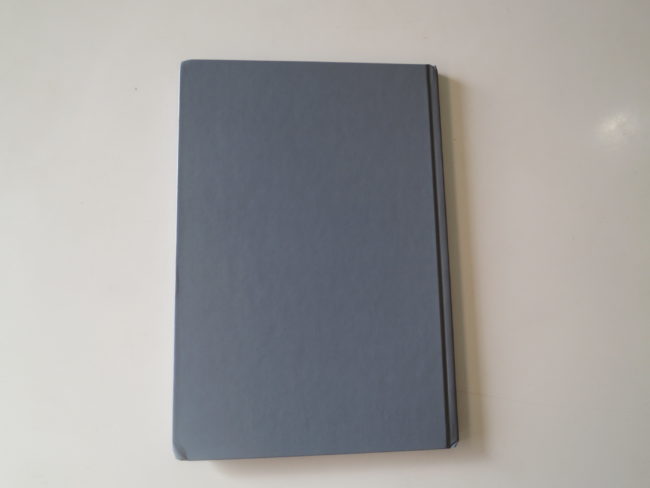