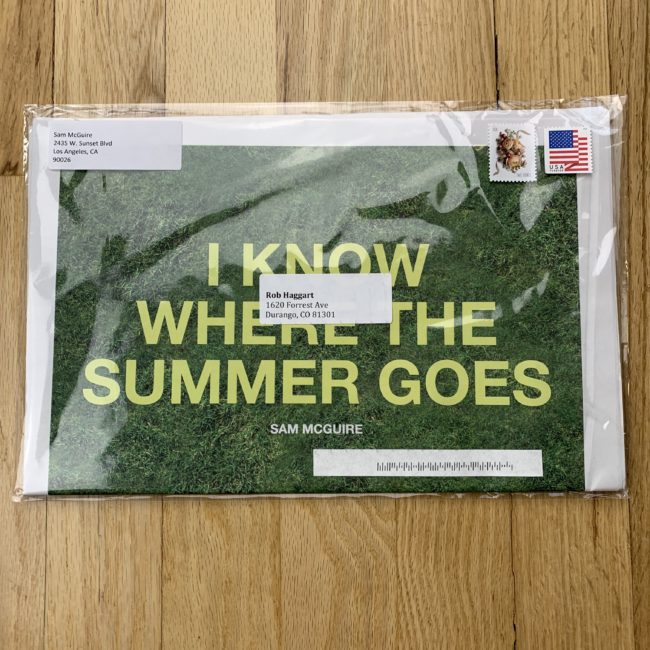 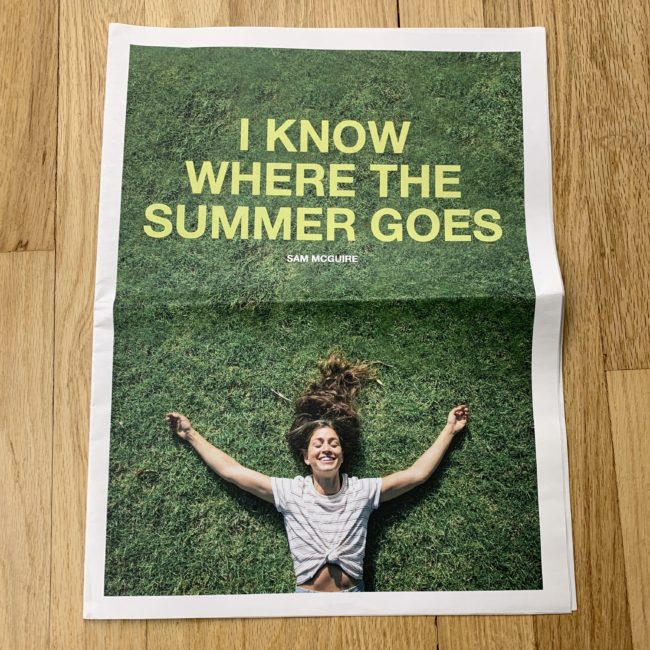 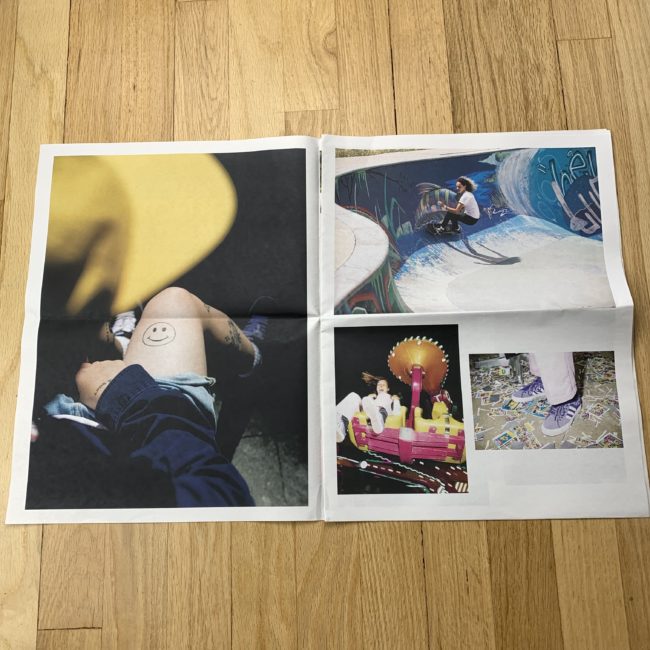 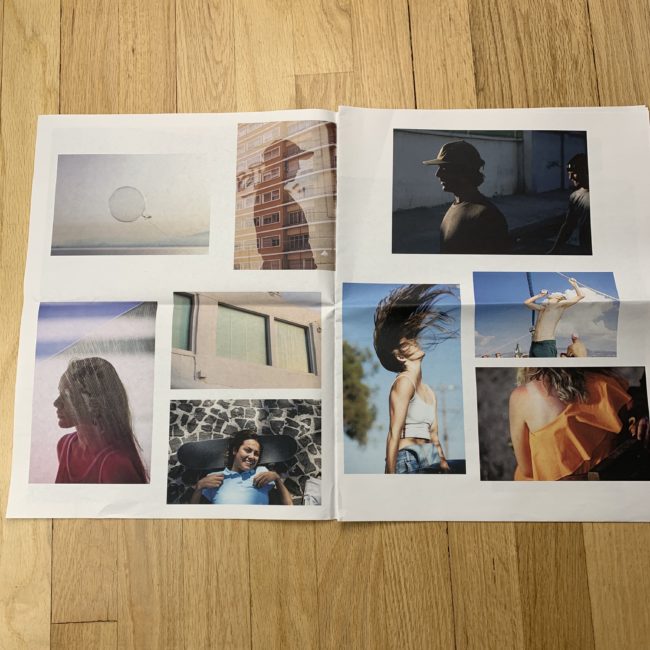 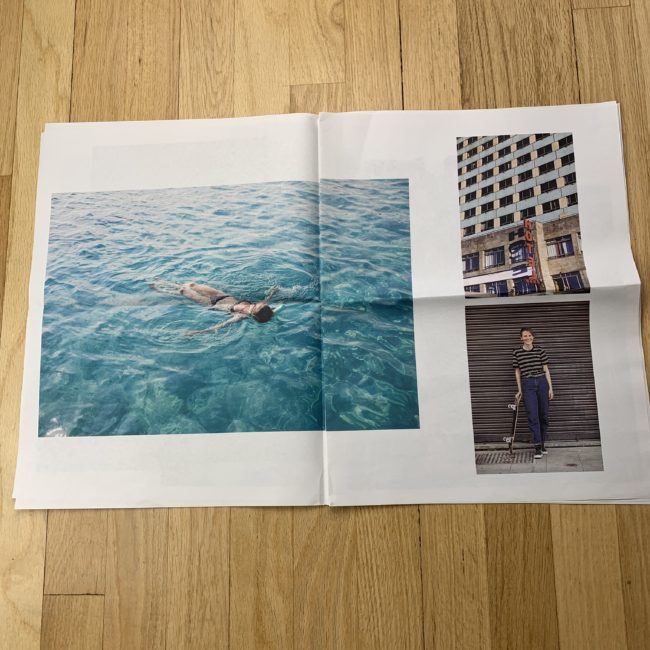 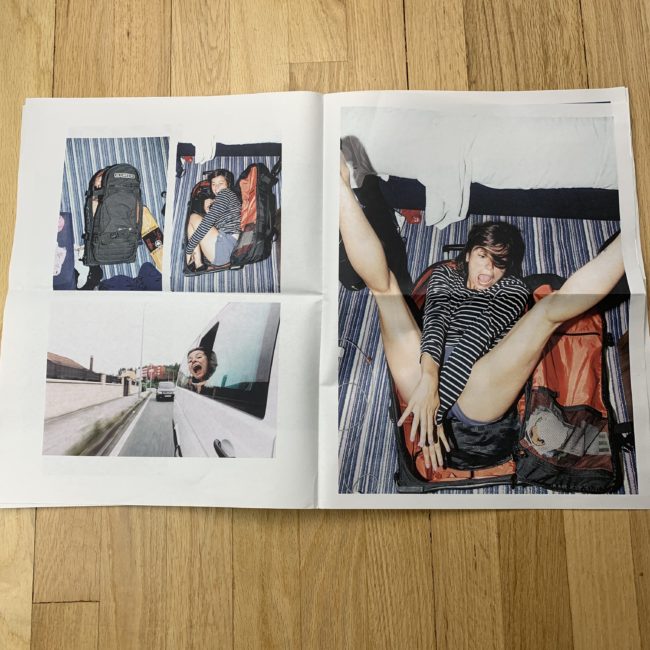 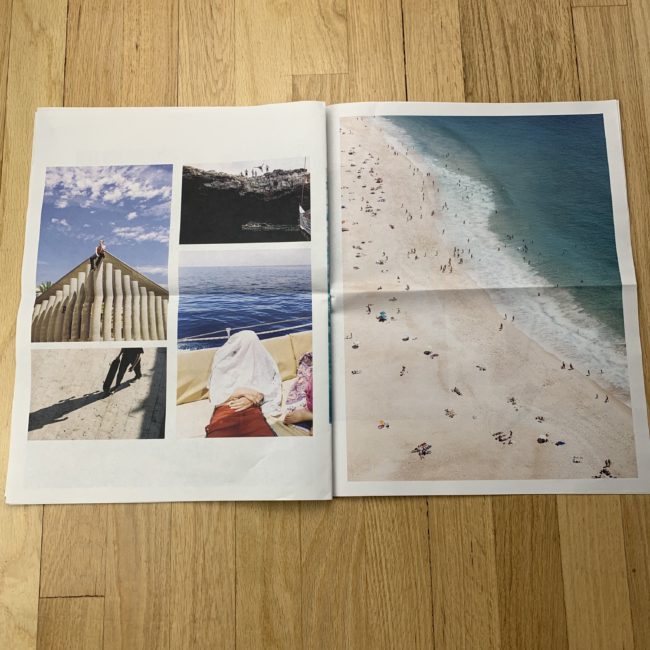 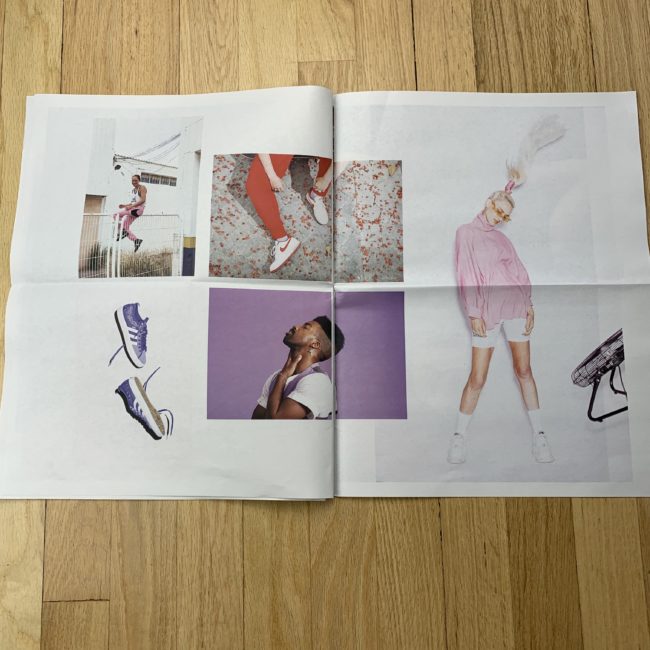 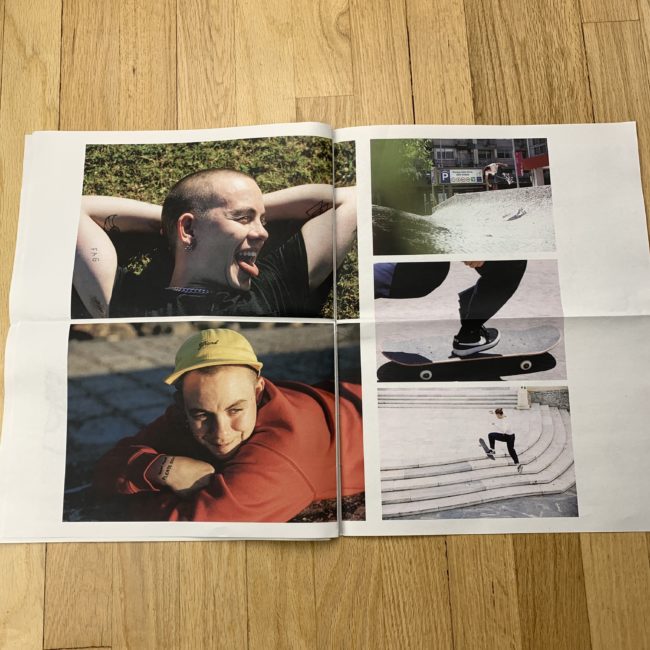 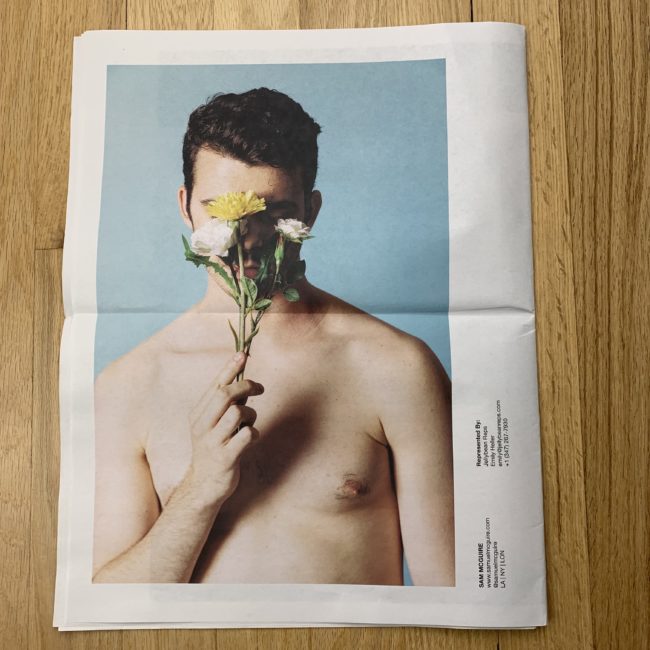 Who printed it?
Newspaper Club (Digital Tabloid, 55gsm paper). I got a test done of the 90gsm bright and it looked really clean and amazing but the 55gsm added some nice contrast and a bit of grain, plus the paper has some grit to it and this nice paper smell… as dumb as that sounds.

Who Designed it?
My friend Jon San Nicolas at The Line Four – @jonsannicolas @thelinefour and then my rep Emily Heller @jellybeanreps helped with the photo editing.

Tell me about the images?
I spent most of my life shooting for magazines and making ‘zines. I would see other people’s promo’s and try to emulate it but had trouble wrapping my head around a handful of images that didn’t correlate with each other as part of a story or an assignment. I’d try, get frustrated and ultimately talk myself out of sending it. I would see other people’s promo’s on this website, and other places and think wow those look so cool I’m gonna try again and I’d piece together some stuff and it would just frustrate me and off to the bar I’d go.

I recently signed with a new agent and the ‘ole promo talk came up and I just tried to think of it in a different way this go around so I just came up with doing a promo sort of like a ‘zine I’d make as a kid and have it revolve around a season and have one of my favorite songs as the title/theme. I feel like music is similar to photography in that it can capture a moment without literally describing it and I really love the Belle and Sebastion song “I know where the summer goes.” It’s just a song that embodies this meandering summer feeling like in August where it’s just hot, stagnant and a part of you is exhausted from doing so much so you’re a bit lazy, a bit nostalgic, and a bit knowing you need to take advantage of the waining weather. It helped put a mood to a promo, and give it direction as if it were an editorial/commercial assignment. So I’d go on shoots, put some images aside from the shoot, sometimes there’d be a moment I’d think “oh this could be good for the promo…” and go shoot. Don’t know why giving it a theme helped but it really did.

How many times a year do you send out promos?
Honestly, this is the first promo I’ve ever done. I would do email promos to clients I’d worked with maybe once every two months to check in but, always got stuck on the printed promo. I want to send some version of one every season, so four a year. Some maybe not this big but, not sure. I love seasons, I grew up in Iowa, life changes so much season to season and so I think it works as a cool theme for a zine/promo.

Do you think printed promos are effective for marketing your work?
For sure. I had a meeting at an ad agency and when I left I just gave the photo producer a copy and you could tell she was excited to have a printed thing. She said “oh great I’ll share this with the other creatives,” and then a few of the creatives got in touch and I just don’t know if stuff like that would happen with an email. I ended up getting a great response which has been amazing and surprising.

I just got burnt on emails, and I’ve been trying to grow my client base and get new work and so, I got a bit burnt trying to reach out, getting places but very slowly. I would shoot so much, and there’s only so much room on a website so, I just wanted to make something I was hyped on and then send it out and see what would happen. I think with a printed piece you can use your voice much more. If this were printed in glossy it would be a totally different promo – but you can’t do that with emails like you can’t make an email glossy, matte or newsprint, there just all the same.