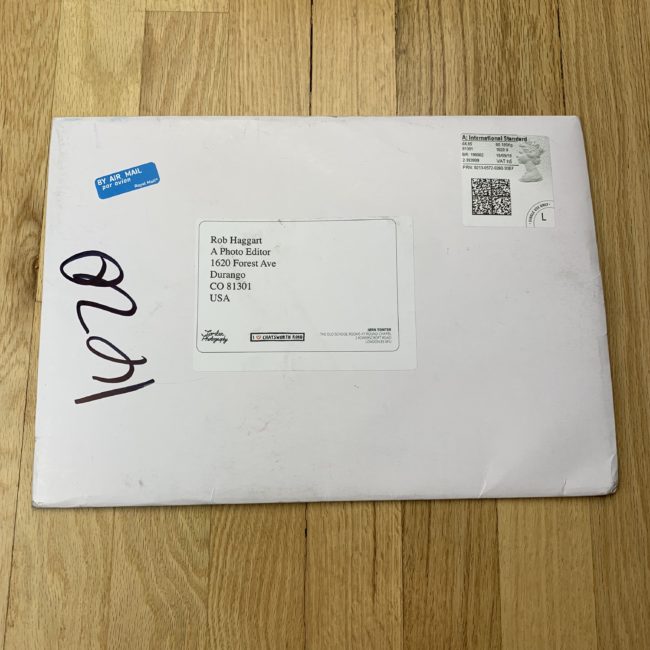 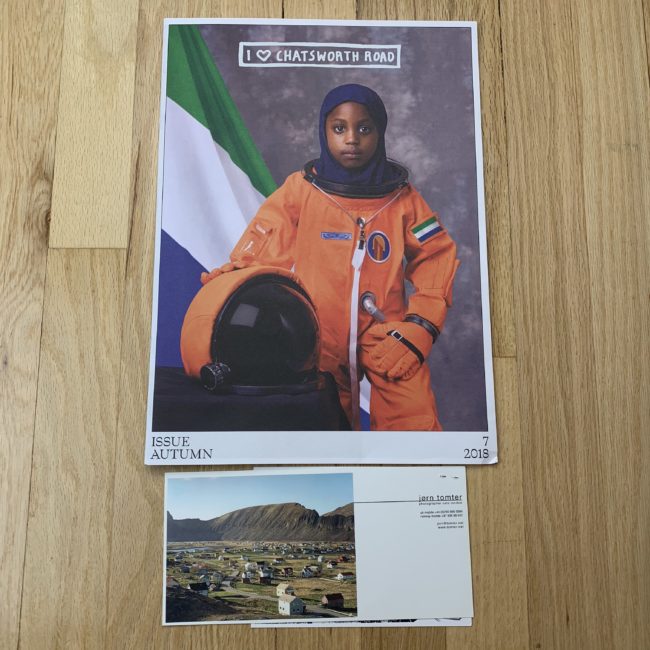 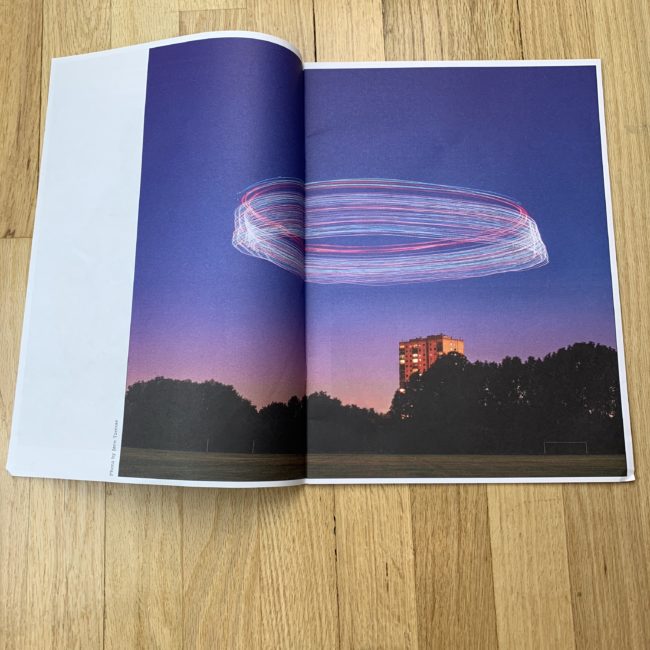 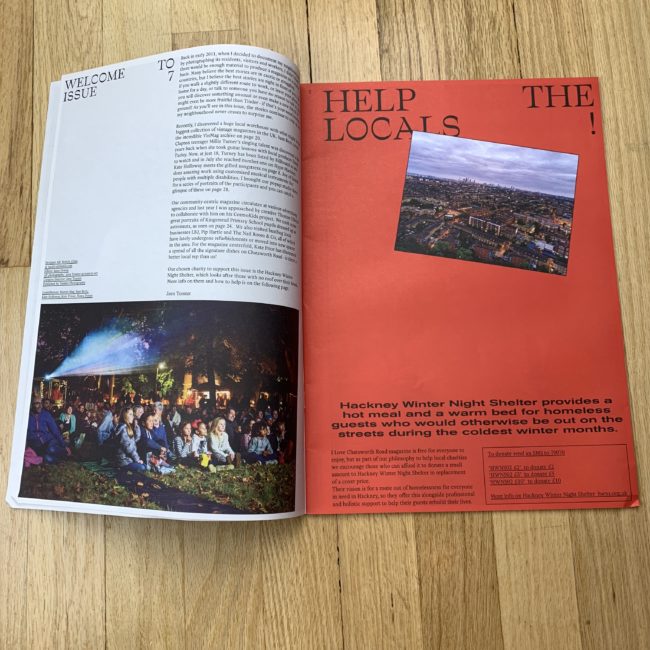 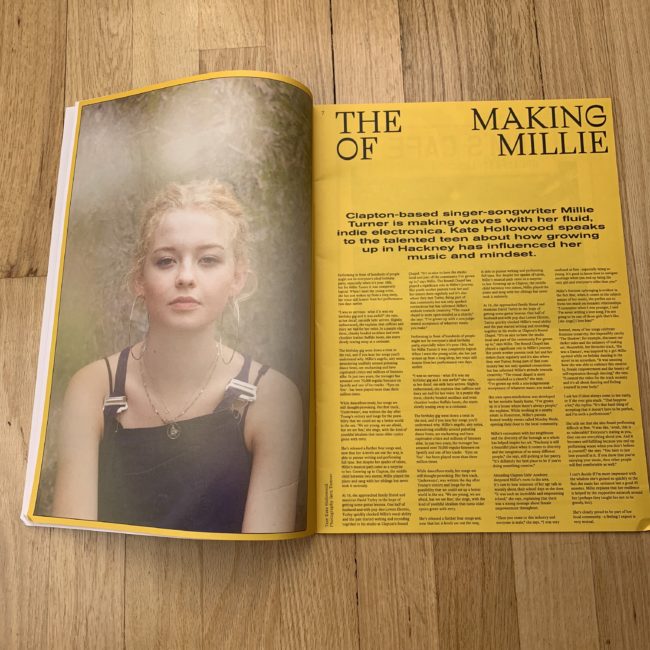 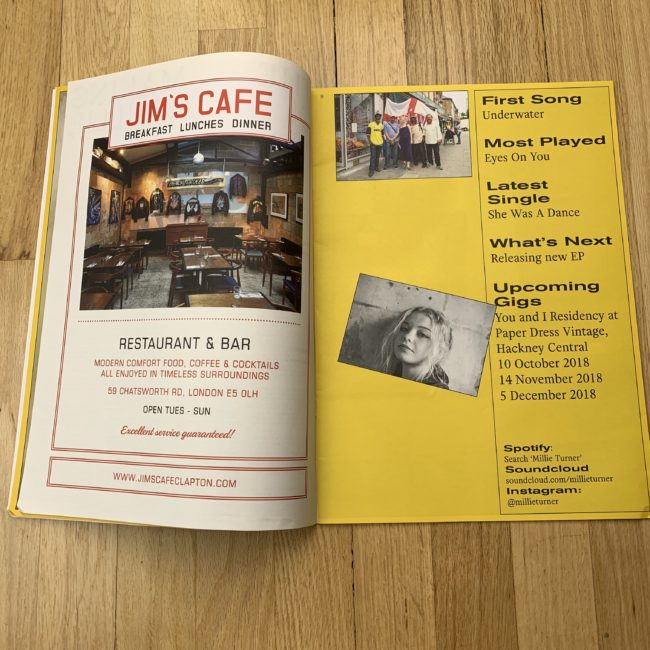 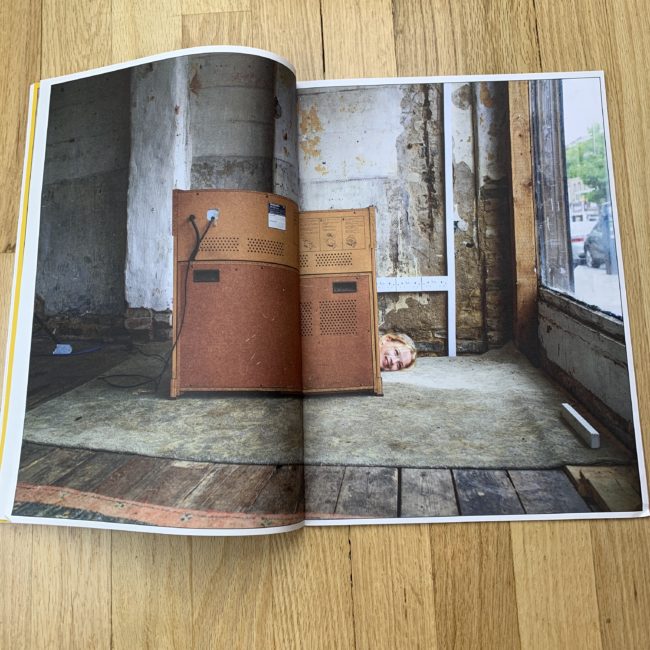 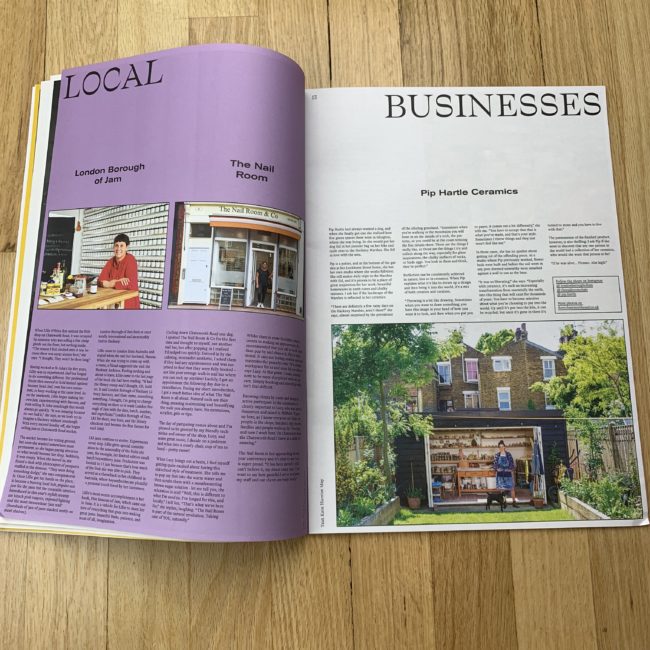 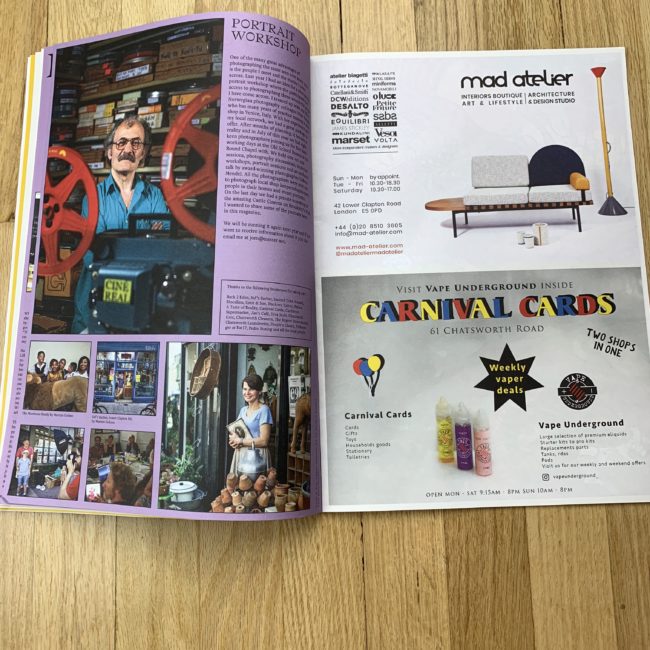 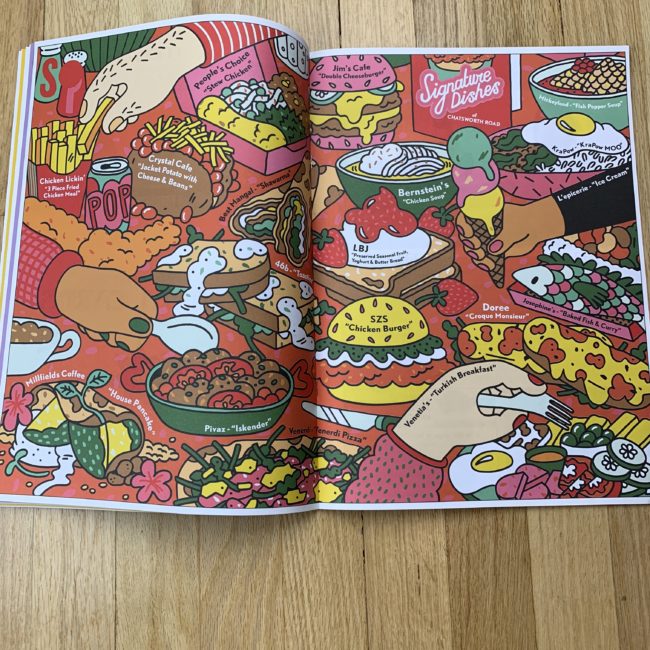 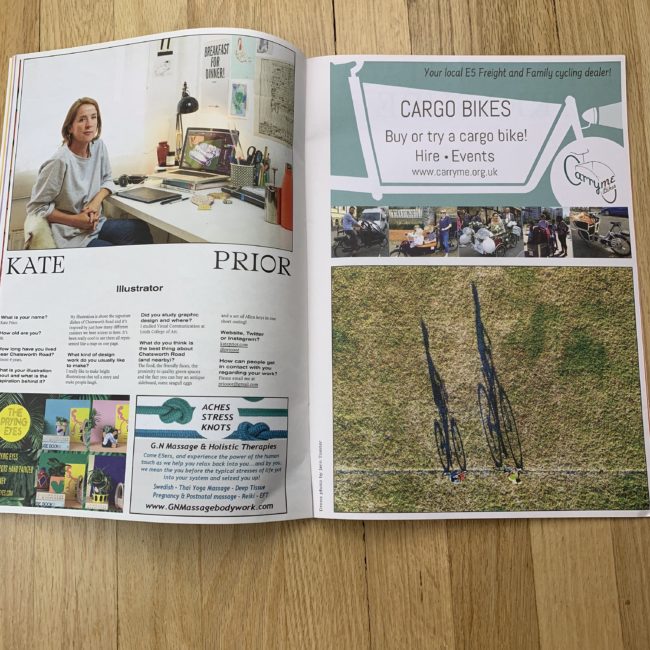 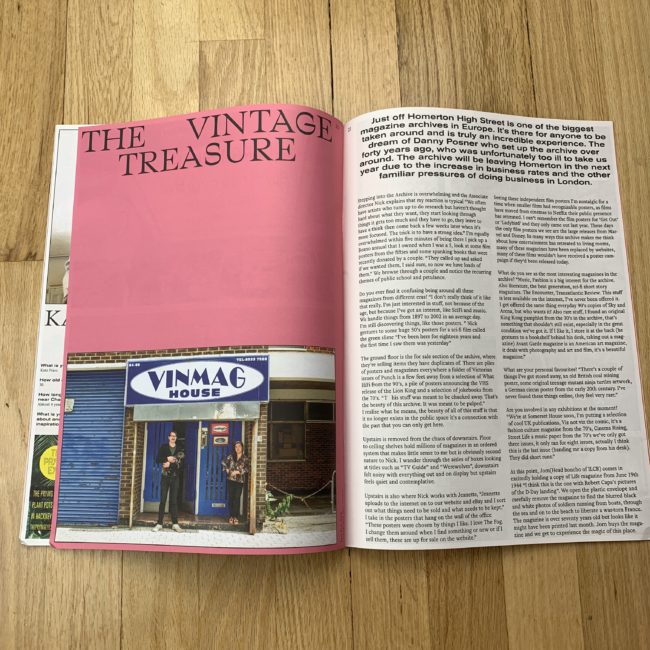 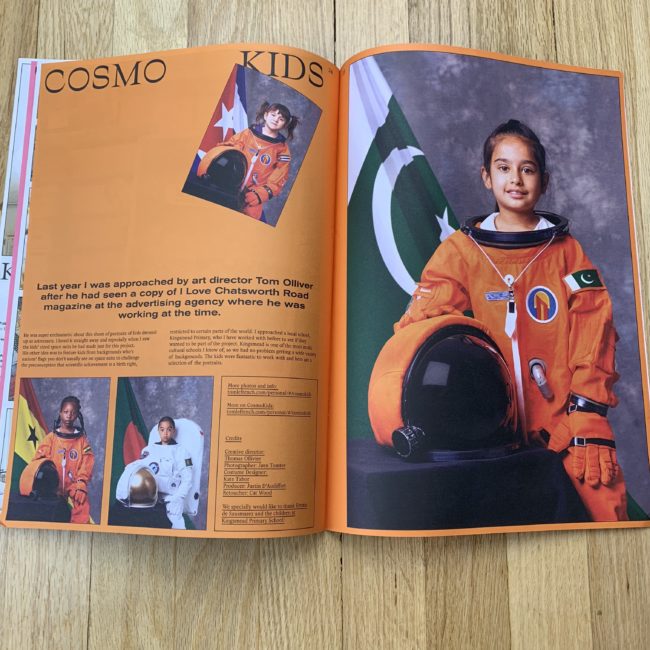 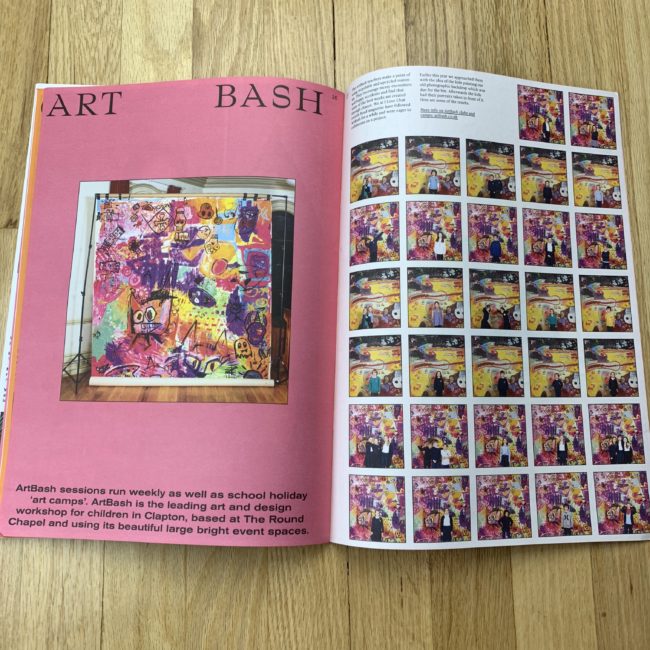 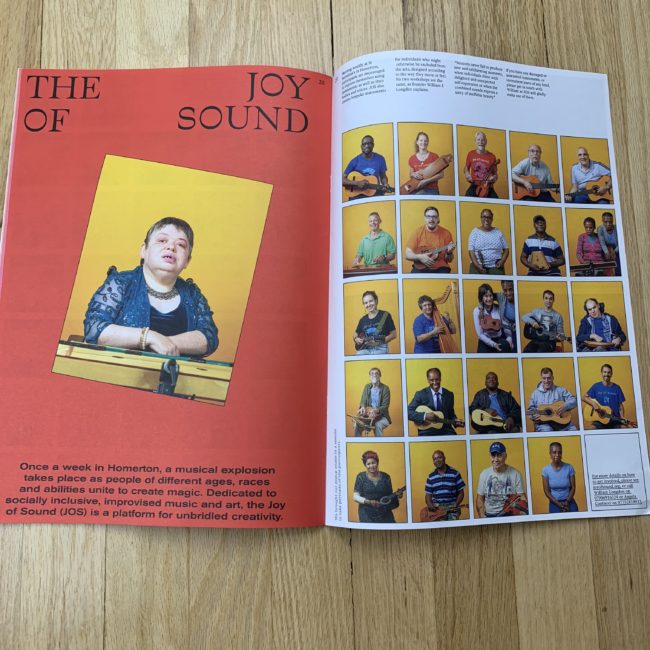 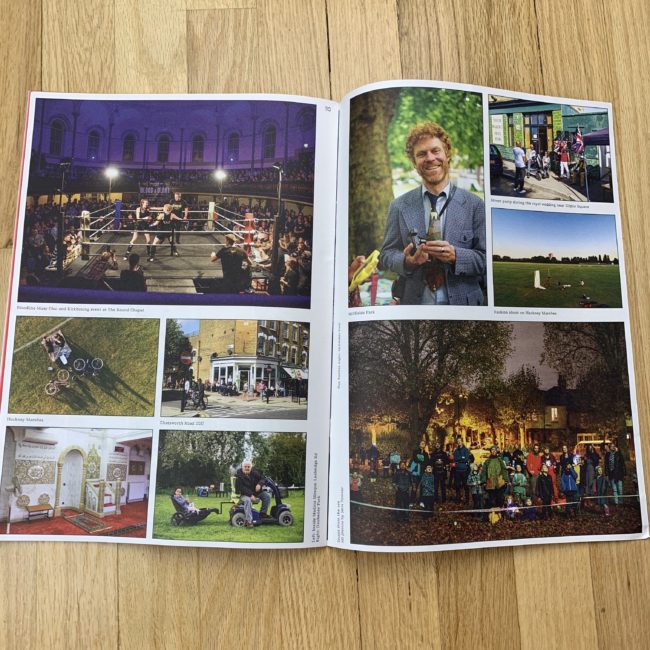 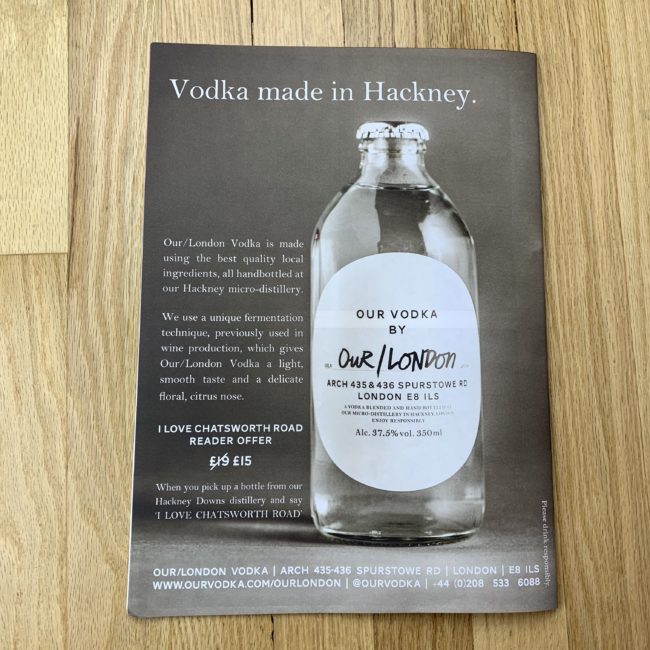 Who printed it?
This issue was printed by Pensord in Wales, UK. For the next one I am looking at a London based printer, known for great quality print. The whole idea of the magazine is to keep things local, so it makes sense to print it closer to home.

Who designed it?
It is designed by Beatriz Coias at Studio Pyramid; a local design studio near my office. I also have a team of journalists for the stories, an editor to sub the text and each issue includes the work of a local illustrator.

Tell me about the images?
All the images are from my local neighbourhood based around Chatsworth Road, which is the high street, with mainly independent shops. In 2010 I returned to London after living in Berlin for two years. My wife and I just had a child and I wasn’t that keen on travelling much to do projects as I wanted to spend time with my son. I could see that the area I’d moved to would probably change a lot as part of the gentrification most big cities go through. I wanted to document this process and at the same time prove to myself that I don’t have to travel far to find good stories and interesting people. I decided early on to make sure that I covered all demographics and not exclude any groups of people; specifically those who grew up here and had deeper roots than middle class people like me arriving with the baristas. I am hoping the pictures can work as a bridge between the different cultures. All the photos in the magazine are of local residents, local businesses or visitors. I have a few different approaches: one set of images are created just by me walking around looking for situations or interesting people to photograph. This also includes the newly added drone photos. Part of my project is to photograph local business owners, so each magazine issue has a series of portraits of shopkeepers that I work more like a portrait commission for a magazine (except it is commissioned by me). I take a lot more portraits than I publish in print but they all go on the dedicated website. I also organise free portrait studios from time to time. These can be in empty shop spaces, at school fairs or anyone who can offer me a space for a day or more. People who turn up get a free portrait and a print to take home. Every mag issue has a selection of these portraits. One of the very interesting results of the portrait studio is that some people have turned up since the first one I did in 2011. It’s great to see how they change and how families grow in numbers. Then I also feature local talents like musicians. Millie Turner who is in the latest issue, is only 18 but has already been recommended by Billboard and Spotify for her music, so it is very fun to see how the people we feature actually make it. I was recently approached by the talented creative director Thomas Ollivier after he saw a previous issue. He had this idea of making a series of portraits of children (from cultural backgrounds unlikely to send people into space) in astronaut outfits. He had the outfits customised and all he needed was models and a photographer. A great thing about doing this project is the access I get to people and spaces. All I had to do was call up a local school I had already worked with and it organised all the children for us to photograph. It was great and the school used it as part of its learning about space that term. Overall, my photos are a document of an area and its people over a long period of time. If I have an idea for a shoot I have the world’s biggest studio and models on my doorstep.

How many did you make?
I print 5000 copies. Most of these are hand-delivered to local households. I think it is really important that the people I photograph feel part of the project and can follow it. Often they recognise each other in the street and new friendships are born. I feel it would be wrong to make something like this and have it for sale in shops that only a fraction of the people I photograph frequent. I keep some copies that I mail out to clients and agencies I think it would be fun to work with.

How many times a year do you send out promos?
I personally send out roughly once a year which is when the magazine is out. My agent, Tea & Water Pictures, do most of the promo for me and do it so much better than I ever could. They have been great and really understand the way I like to work. One of the reasons I started to invest so much time in the magazine was that I felt a bit lost doing all the promo (before I had an agent). At one point I felt I was just recycling old photos onto cards and felt no joy mailing out. It took a lot of time and I started asking myself how I could use my time differently and enjoy it more. I invested that time into making this publication and was hoping the clients would come to me rather me chasing them. So far it has landed me a few good commissions and one client did actually come to me.

Do you think printed promos are effective for marketing your work?
I believe print is the best way to look at photos, but it has to be done right and it has to be your way of doing it. Don’t try to replicate. I believe it works better to send out a project rather than a random collection of photos. I think giving the creative person whose attention you want a good story, presented well, means he or she will remember your work. For me it has worked very well doing the magazine.

What do you like about becoming a magazine publisher?
I would never be able to do this without working with a great team. I’ve also learnt new skills through this experience: I commission freelancers, am creative director, sell advertising to cover the print and am a publisher. I am even a newspaper boy. It is great to work in a team like this, since most of my work as a photographer is often quite solitary.

In the beginning I had no intention of creating a publication. The first issue was just meant to be a paper to go with an exhibition I did with some of the portraits early on in the project. Back then it was only 500 copies. It turned out to be so much fun making it. People loved it and it encouraged me to take more photos, so I decided to make another one. Then a third one. With the fourth issue, I stepped up the game and printed 5000 copies. This is when I decided to hand deliver to local households. I have some help doing this but most of them I do myself. I look at it as a free workout session! People ask me how often it comes out, but to be honest, there is no set time. I look at it as when musicians make an album. When it is good enough we are ready to publish. This tends to be about once a year.