Thanks for reading, and giving this column its legs.

Thanks for taking what I say seriously, but also having the self-awareness to know when I’m joking. Lord knows I’ve written some crazy things in this column over the last 7+ years, but I’ve never felt the need to dumb things down. (And I have the coolest editor in the world, which helps.)

But mostly I’m saying thanks because after last week’s nakedly honest column, I got several lovely, positive emails in reply.

I don’t do this for the feedback, obviously, or Rob and I wouldn’t have gone to war with the Trolls back in 2011.

Not all responses are worth considering, but I was caught off guard last week when several readers reached out to wish me well, and let me know they appreciated the candor we offer here, and the attempt to contemplate real ideas. (Rather than ripping off hot takes faster than Stephen A. Smith can say “New Yawk Knicks.”)

So today, rather than gloat at the Democratic House victory yesterday, or rip into Trump and his followers one more time, I’d like to do something different.

I’m going to speak to everyone at once.

Democrats and Republicans.
Urbanites and country-folk.
Artists and commercial photographers.
Haters and lovers.

The experiment we have going on here in America, that of a massive, heterogenous, democratic Republic, is fairly new. Relative to China’s 5000 year history, we are newcomers.

And as we all know, the founding of America, and its subsequent expansion, was rife with corruption, misery, and genocide.

Yet I’m still proud of this country, and the system and values that were built by genius Americans like Ben Franklin and George Washington.

It’s easy to disparage those old Christian White guys, and to point out their sizable flaws, like slave ownership. In fact, it might be easier to dismiss them than mine for the brilliance of what they enacted.

The American system of government has allowed for our polyglot society to grow and flourish, and unless and until you can be legally shot for your opinions, then our free speech principle is one to support and uphold.

And perhaps, for once, it’s time to quote Rodney King: “Can’t we all just get along?”

These days, I feel like most people are defaulting to the idea that we can’t. That some awful future is guaranteed up ahead, and we’re all marching to the ovens with our eyes firmly on the floor.

But that is simply not the case.

There are nice, family-loving people in Red and Blue states. And there are cool, hip, fascinating childless folks in both urban and rural Americas as well.

It’s foolish to assume we can leave all this accrued hate behind, but then again, what is our alternative?

If “Divide and Conquer” is such an obvious and successful strategy, then perhaps it’s time to employ the “Re-unite and Thrive” response?

My Uncle and Aunt, whom I love, are both Republicans. They hate Obama, and want a wall.

But I can talk to them.
I don’t wish them dead.

Perhaps, that’s the best I can offer you guys today. The idea that maybe, individually, each of us can make an effort to reach across the (metaphorical) aisle and tell your political counterpoint that you don’t hate them.

You don’t wish them dead.

You disagree, but conflict can lead to change, which begets growth.

Wait, isn’t this supposed to be a book review? Isn’t there an implicit promise that if you sit with my ravings, at the end, you get to look at a book?

And not surprisingly, today’s book inspired my desire to knit together what years of discord have rendered.

“Total Flag” is a new, small-batch, self-published photo book by the Swiss-French artist Corinne Vionnet. One of her representatives reached out offering the book a few months ago, as I’d reviewed another of her publications (by Fall Line Press) late last year.

Ironically, the European PR person was traveling to Texas, and thought she’d be able to send me this French-artist’s-take-on-America more easily, once inside our formidable borders.

Like Robert Frank, or de Tocqueville before him, occasionally the lone European flaneur has raided our shores to reflect our society better than we can from the inside.

This book is about the furthest thing from street photography you can get. Frankly, to the naked eye, it doesn’t look much like photography at all.

Sure, they could be shots of a computer screen. Maybe they’re totally straight, unmanipulated pictures too. But that doesn’t matter much, as what we really see is a set of digital information as it degrades to nothing.

I’ll admit, the idea of the flag succumbing to entropy is not the subtlest, or most original symbol for contemporary America.

But as a book, it’s effective. Slowly, bit by bit, the fabric of America has begun to come apart at the seams. We were one nation, and that sustained us, but are we any longer?

Or will the City vs Country war allow us to implode?

Normally, I focus on what’s wrong, and call attention to our problems.

Rather, this book has inspired me to push for reconciliation, because the alternative is much, much worse.

Bottom Line: Abstract, symbolic book about the rendering of America 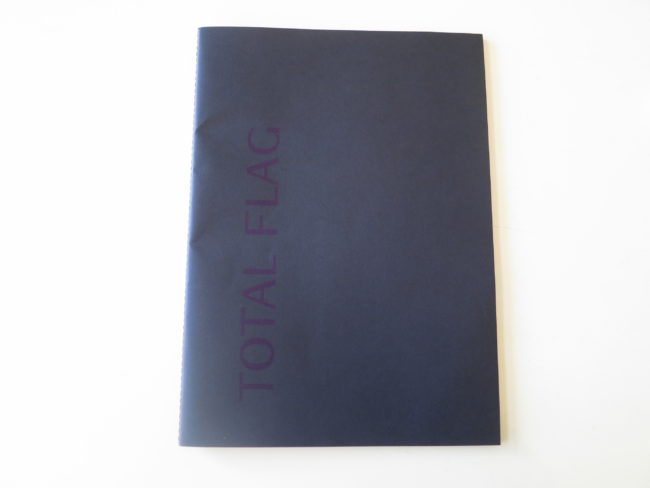 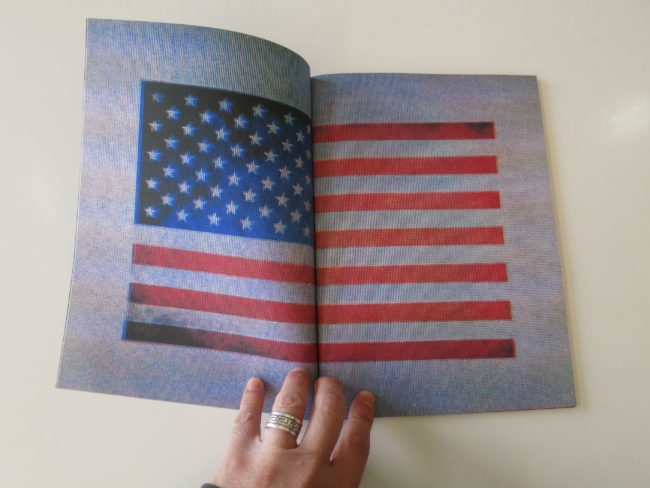 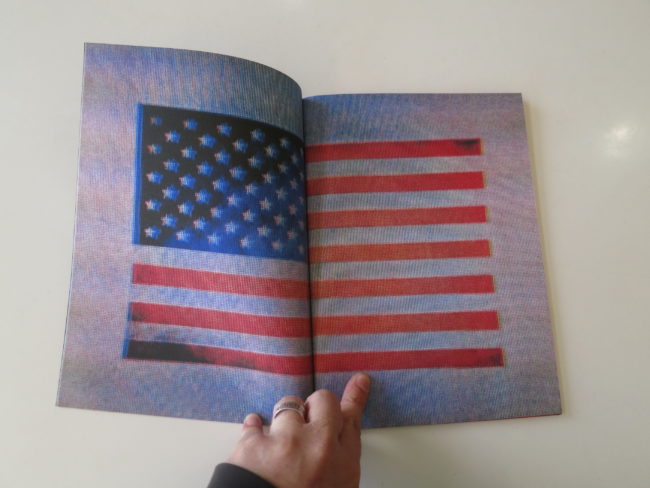 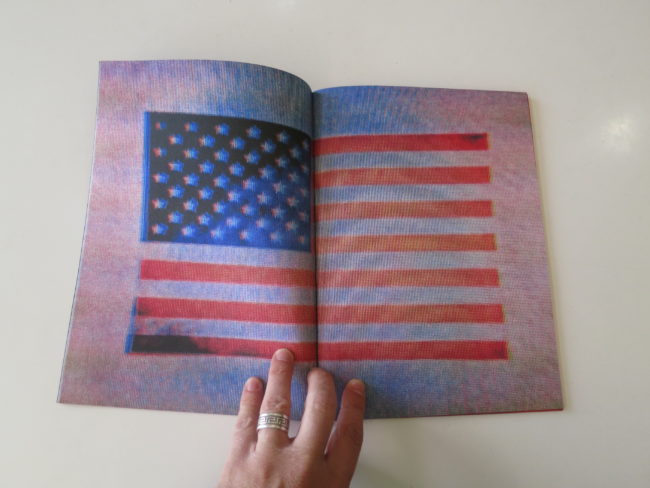 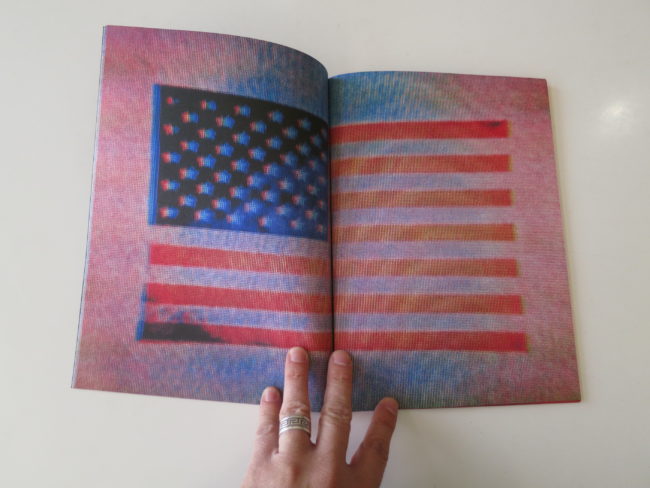 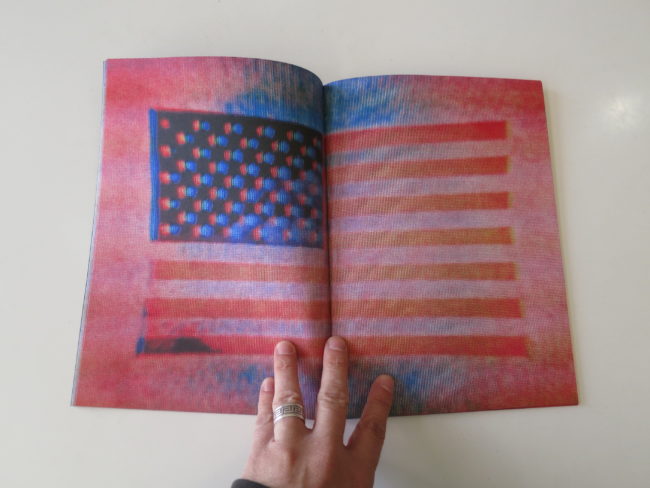 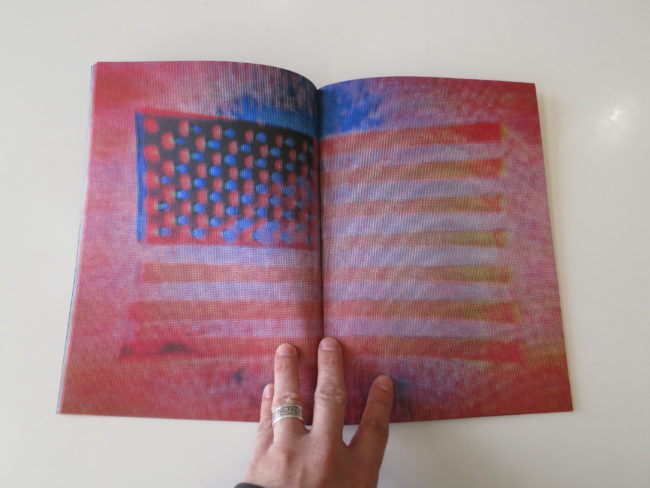 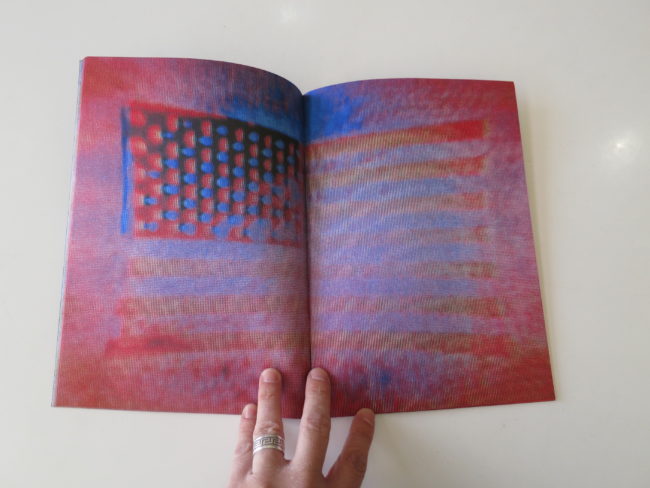 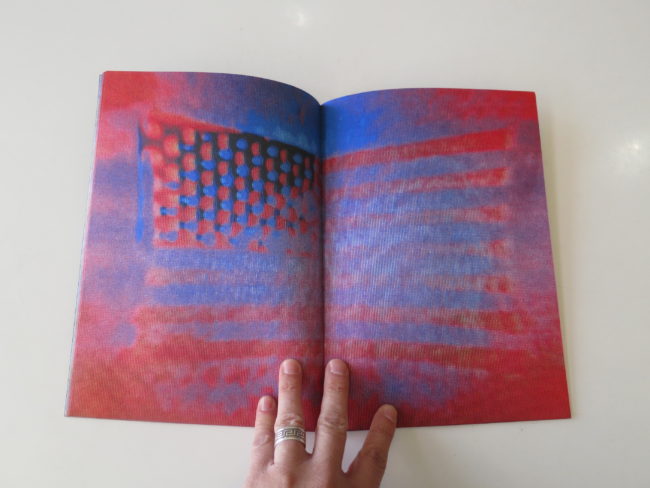 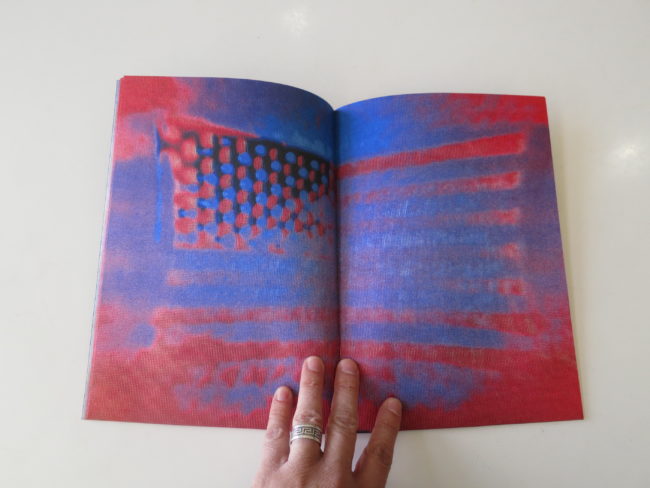 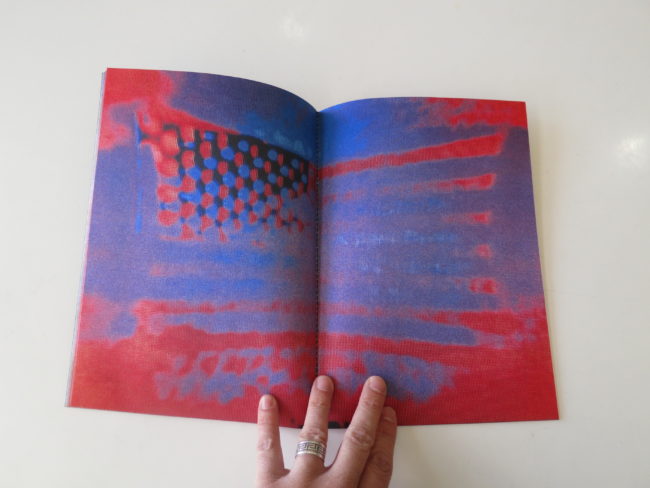 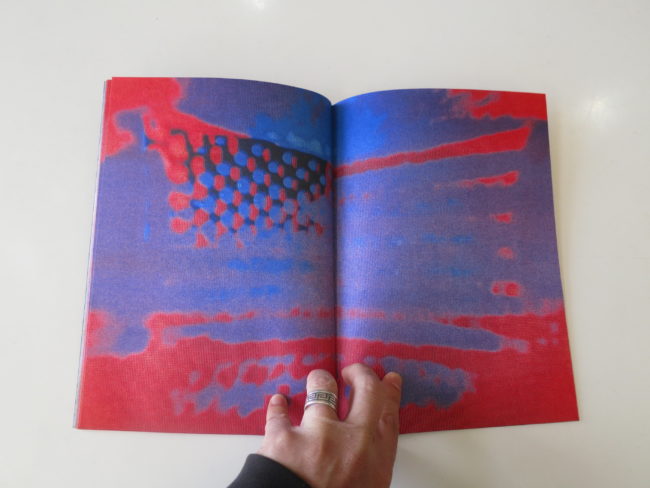 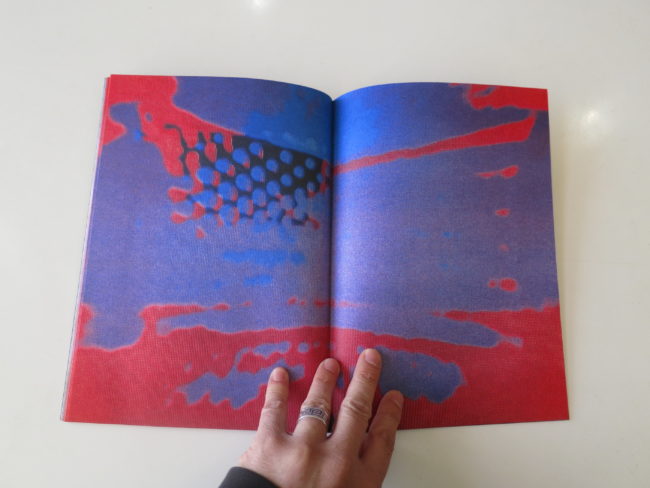 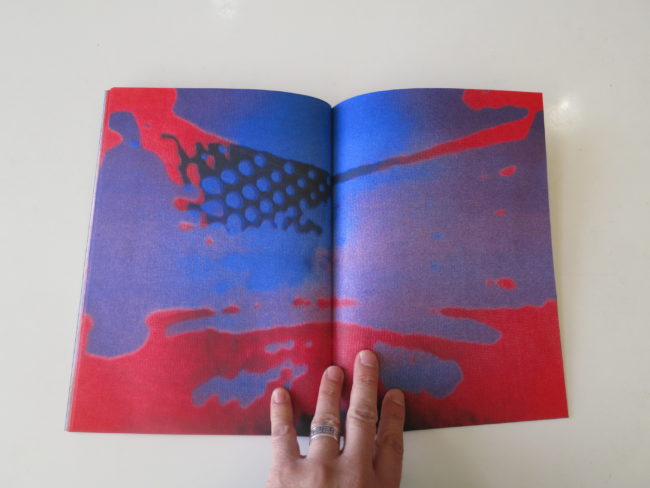 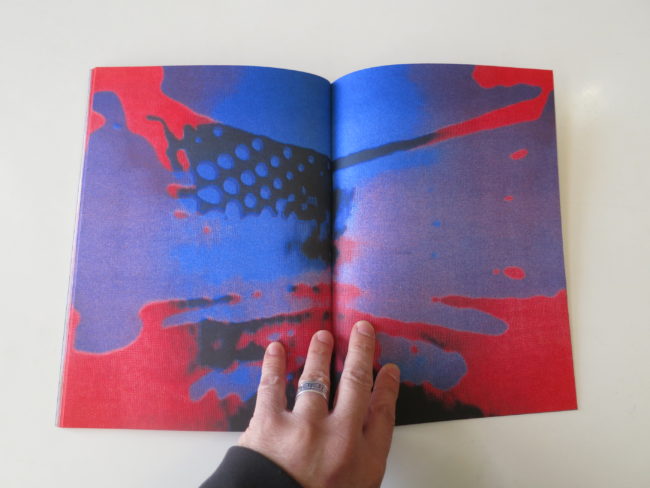 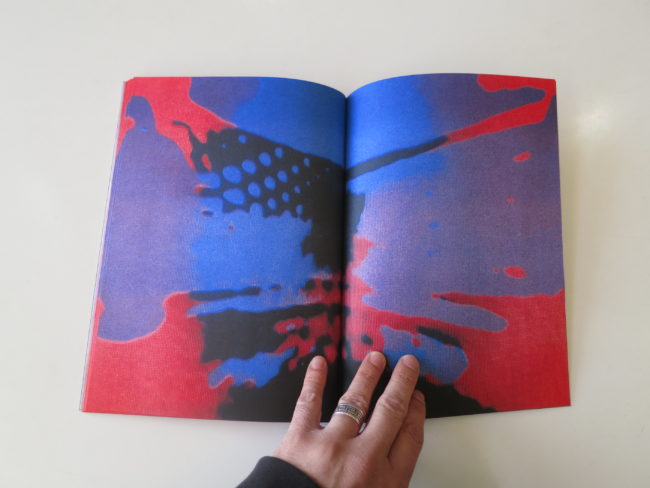 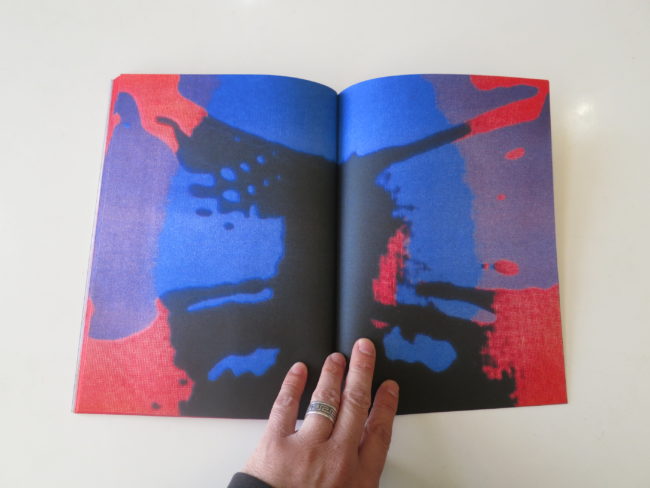 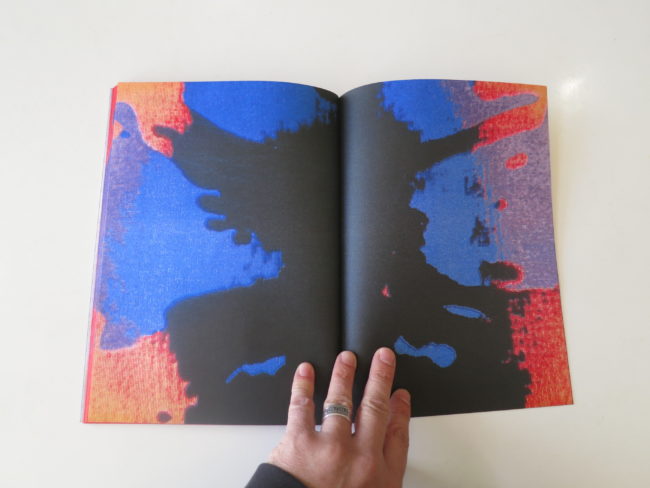 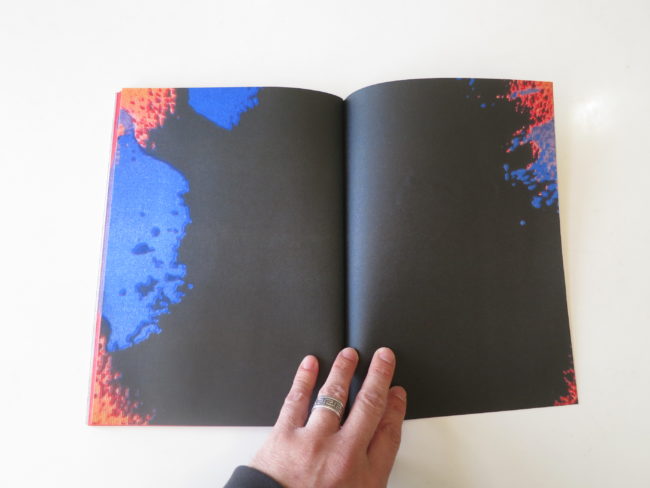 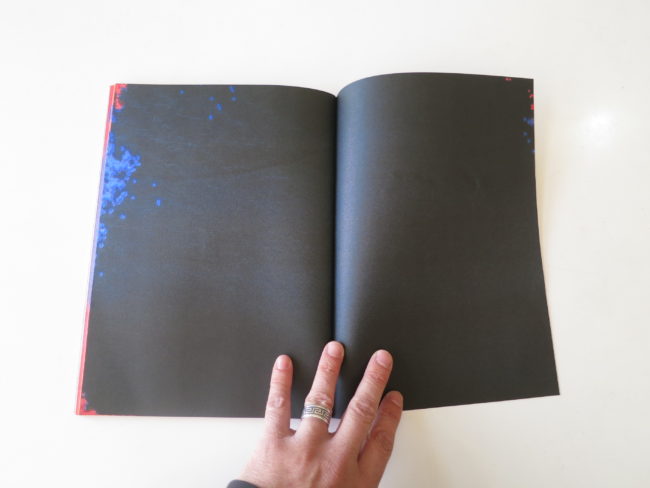 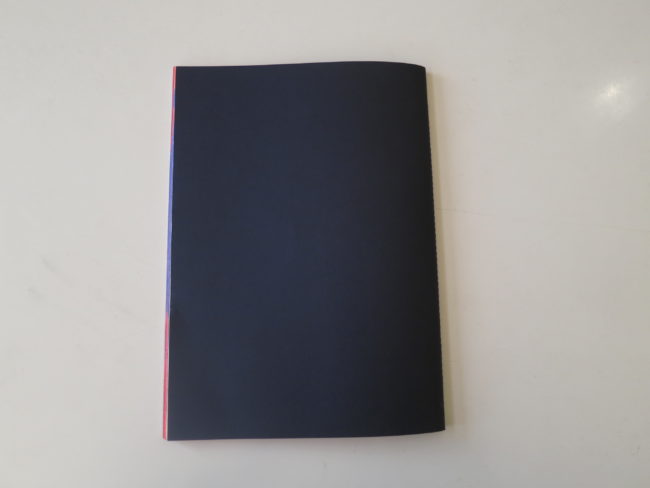 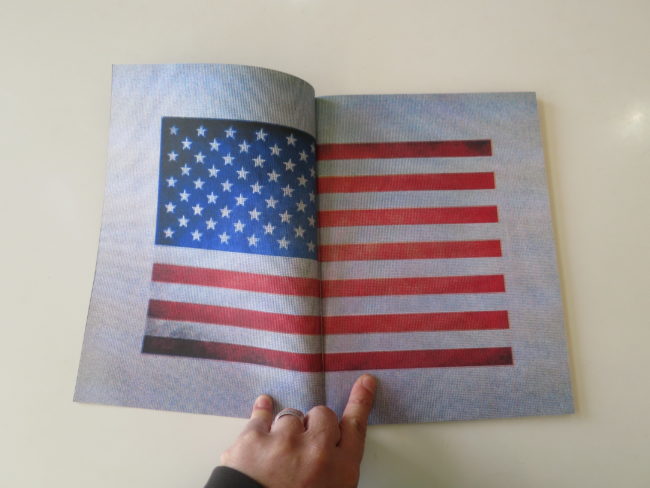