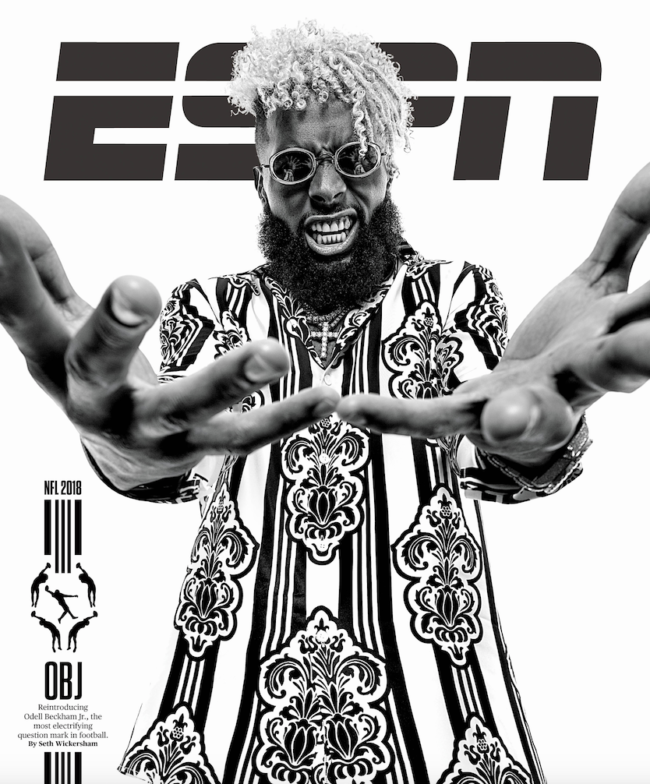 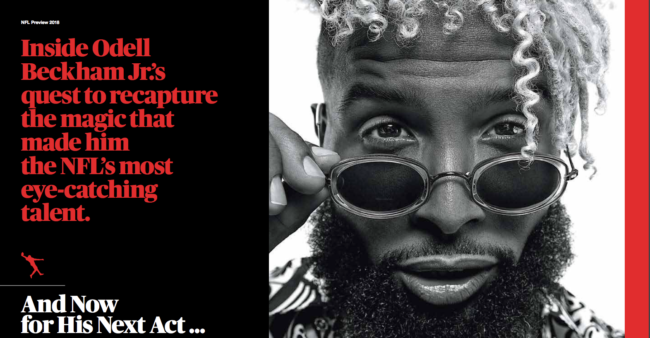 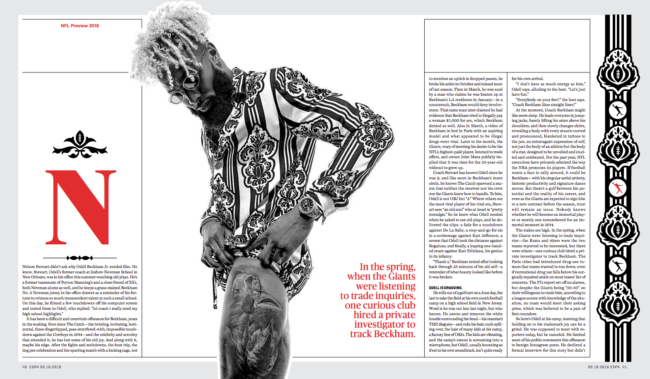 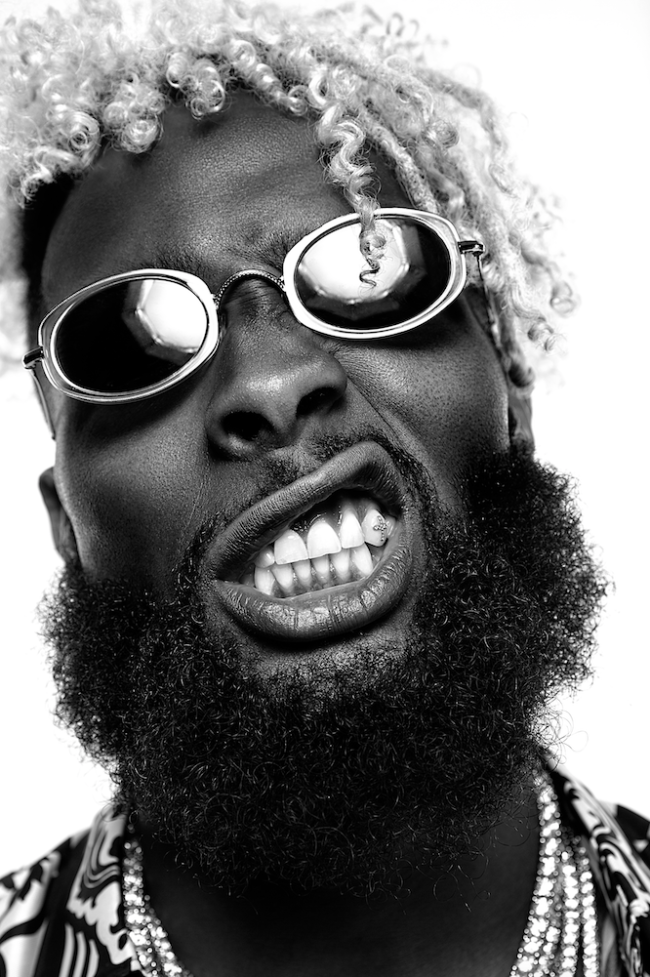 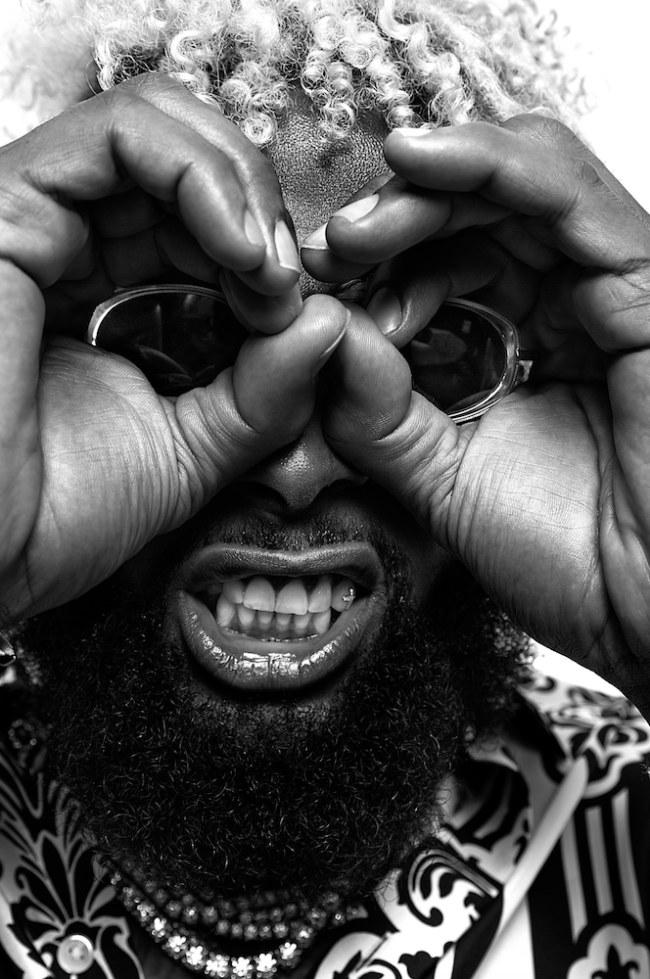 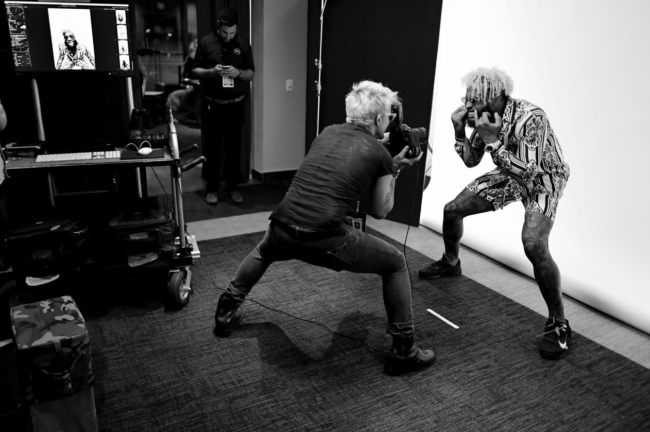 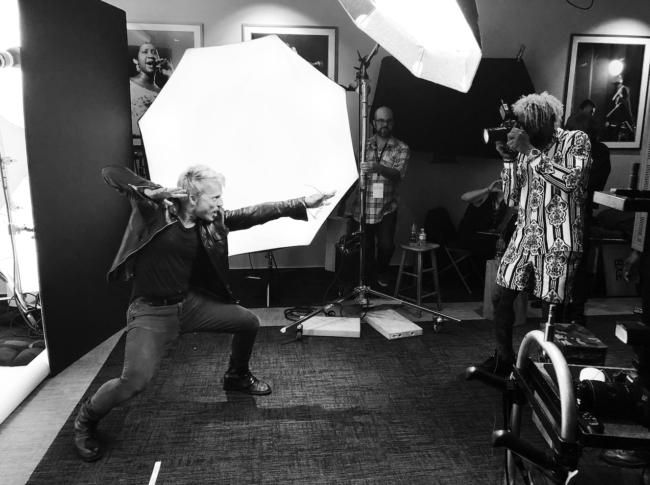 Heidi:  Did you shoot this specifically as a cover or was it an outtake from the feature?
Randall: I was asked to shoot portraits at the 2018 ESPYS of 100+ victims of sexual assault who were receiving the Arthur Ashe Award for Courage. So I had a portrait studio set up in the green room to shoot the former gymnasts.  It was extremely taxing emotionally and creatively as we only had 2 hours to do all of them and i try to make some personal connection to everyone I shoot, even more so with portraits like this.

As I was set up the people from ESPN said “as long as you are set up feel free to try to shoot anyone you can get into the studio.” So before and after my shoot with the gymnasts I was able to pull some people into the studio for quick portraits including NFL hall of famer Jim Kelly, The Villanova Wildcats , and a few other people, and I had seen Odell Beckham Jr. around the green room and with his bleached hair and his black and white Gucci shorts outfit I was aching to shoot him.

I’m not a big NFL fan but I’m a fan of interesting characters. I had told someone who was working the event to try to wrangle Odell into the studio. The night wound down and nothing, the broadcast had ended and the green room was emptying out.  I told my crew to pack it up as it had been an extremely long day. We were taking down strobe and packing up lenses when my friend poked her head in and said
“Odell is on his way.”

I  hurriedly told my boys set everything back up just as OBJ walked in w a drink in one hand; after quick introductions he stepped on the paper.  At first it was pretty normal; then I told him to reach out to me to infuse some energy into the shot. (that was the cover shot) I asked him what his newest tattoo was so he lifted up his shorts to show me the jungle scene on his leg.

He had a new diamond inserted in his incisor so he loved snarling his lip to show me the sparkling cross. When I’m shooting these portraits I get really close to the subject as I’m usually shooting these at 24mm. It feels very intimate and personal. He was leaping and jumping. We only shot about 30 frames but I knew we had something special. and then he asked me for camera, “my turn” he said so we switched places and he took my picture. Odell shooting me leaping and goofing around. Its not usually my vibe but it had been such a difficult day, I was a bit punchy knew Odell and I had just shot something special, so sort of in a way to thank him and not ruin the good energy that we had going I did it. 10 later minutes later it was over and he grabbed my phone put his number in it
“text me these pictures,” and he was gone.

I turned to Alison Overholt and Tim Rasmussen the EIC and photo editor for ESPN THE MAGAZINE with a  big smile on my face.
“You know,you just shot our NFL preview cover,” Allison said.
“I did?”
“We have been trying to get Odell to do a cover for us but we weren’t able to make it happen.”

Did you always see this in B/W?
I always intended this to be black and white, I’ve never even looked at it in color!