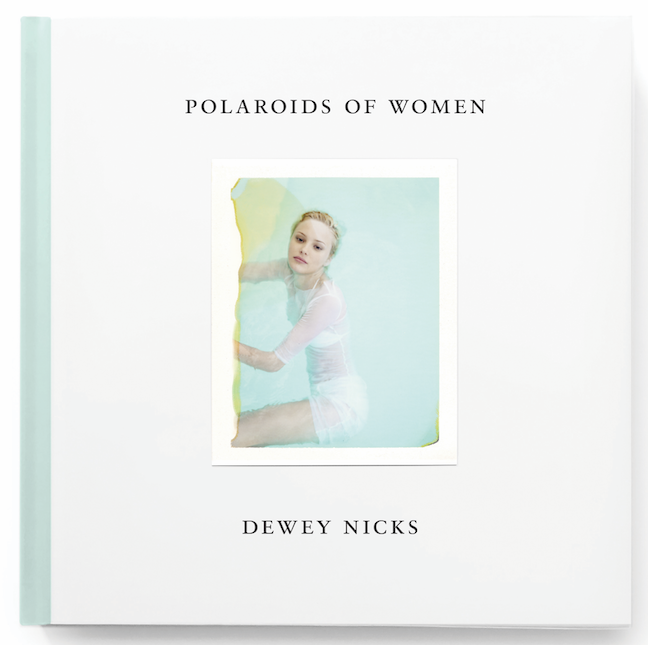 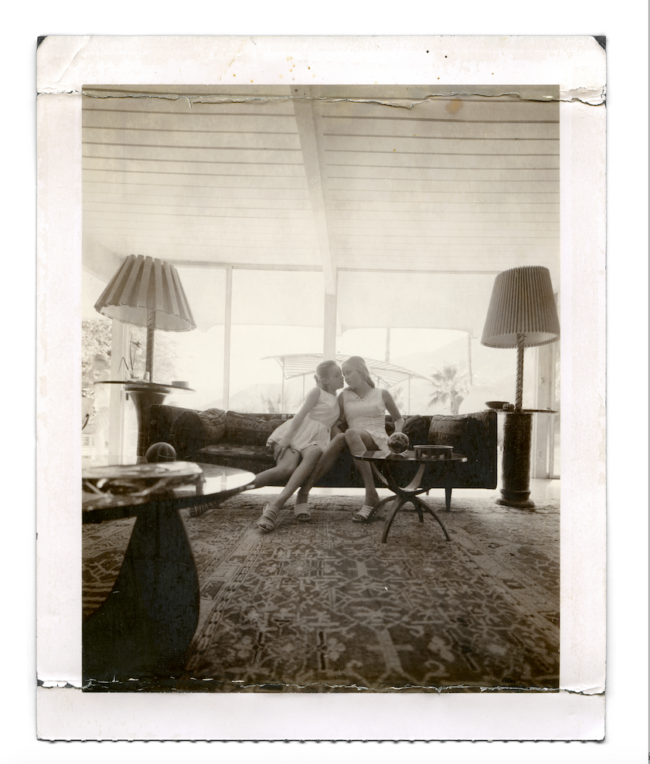 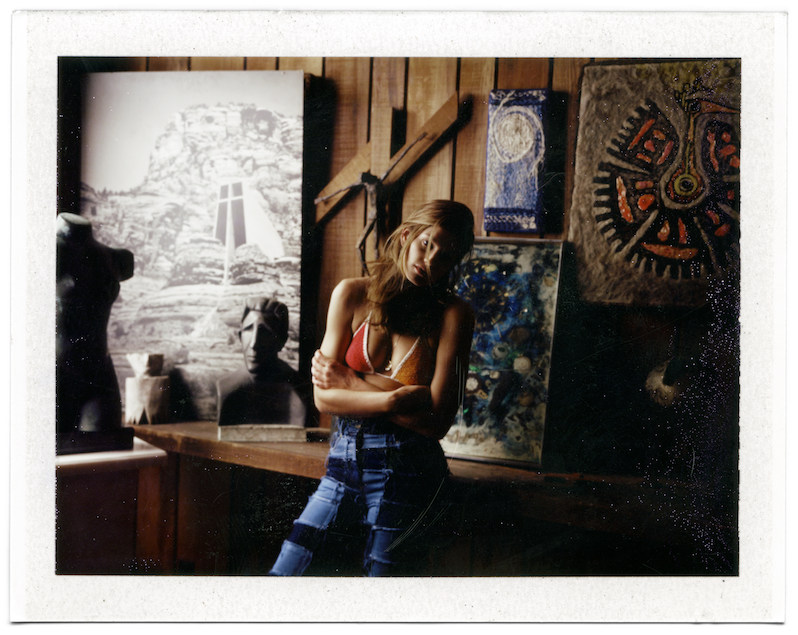 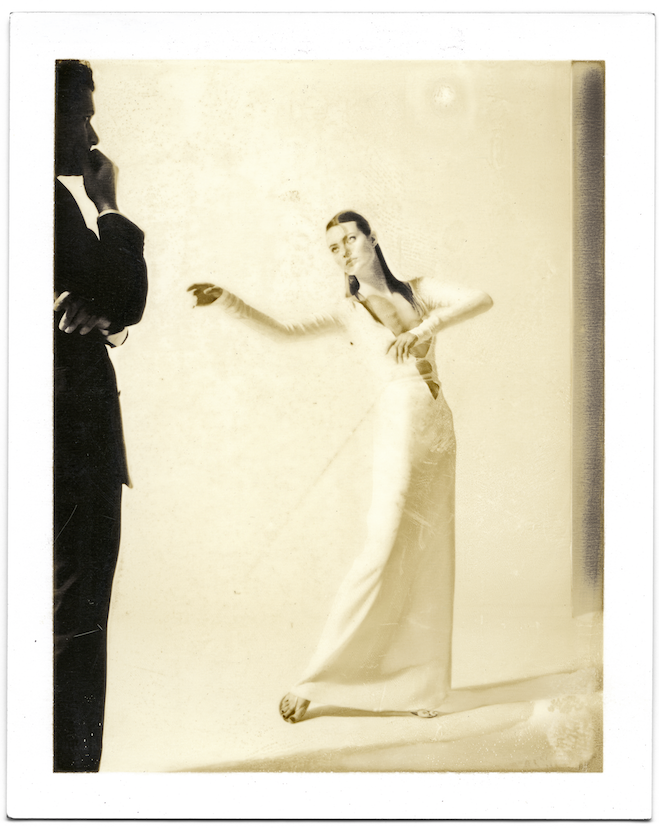 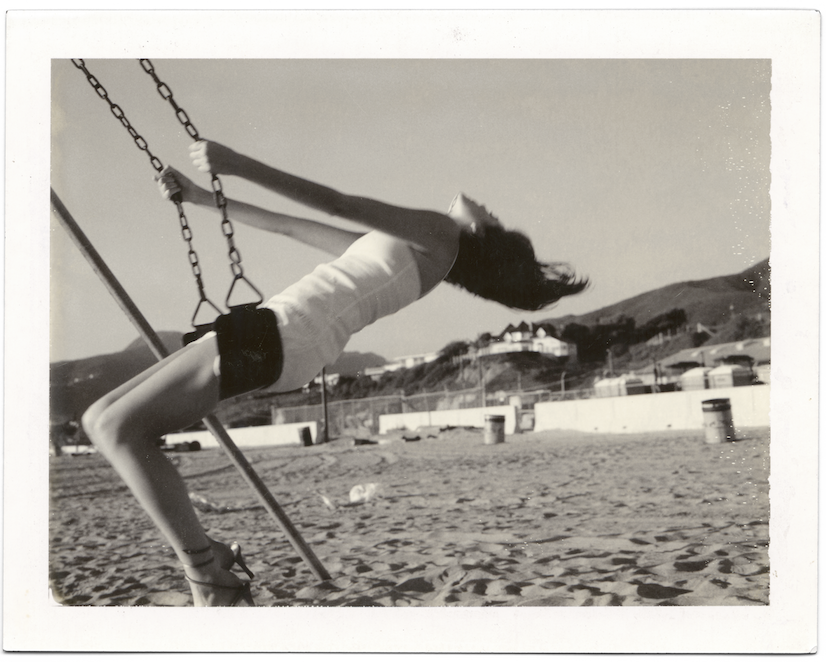 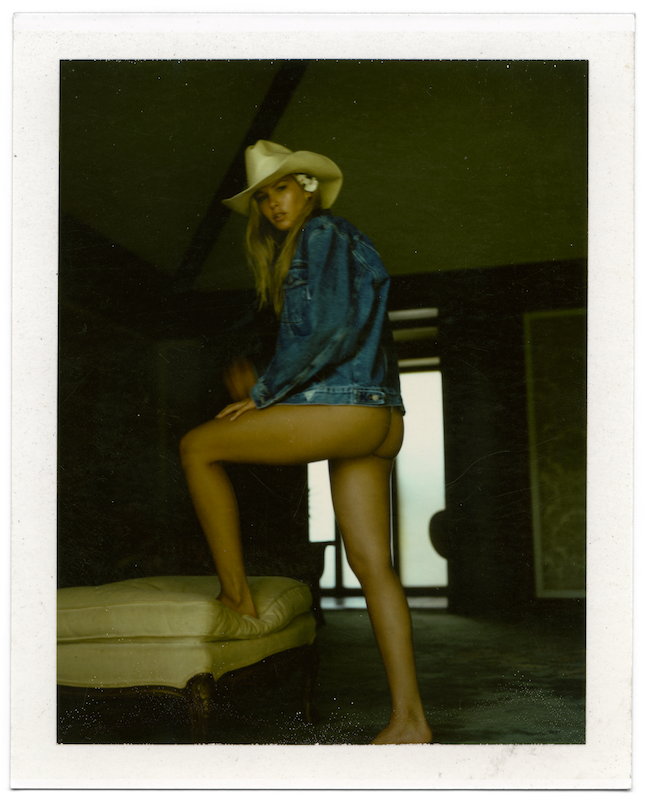 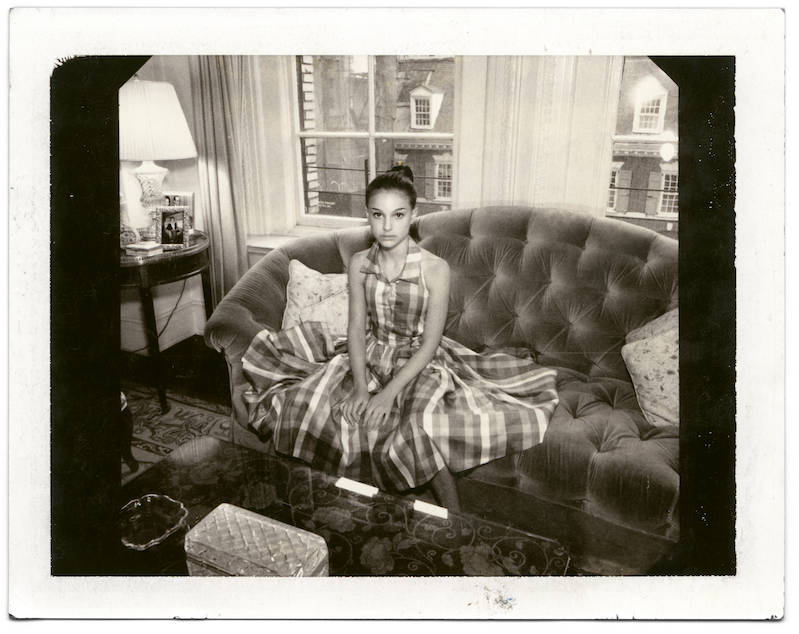 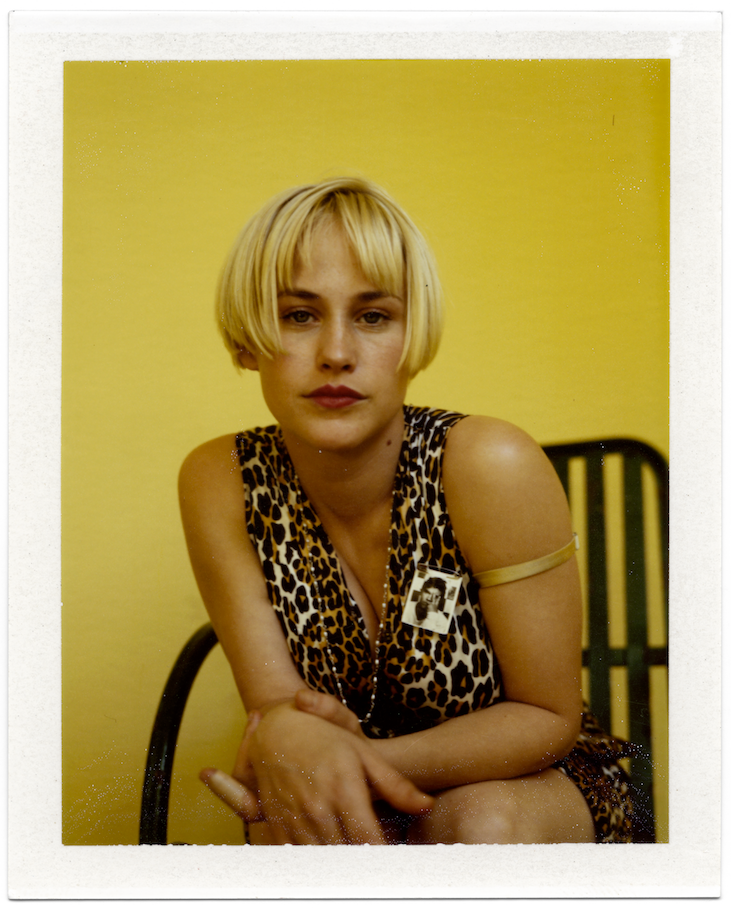 Heidi: What made you want to keep all your Polaroids? how where they stored, organized?
Dewey: First and foremost we kept Polaroids for practical reasons: the Polaroids were a tool to help organize and identify film rolls. We made grease pencils notes on the Polaroids for the lab techs as color and exposure references for processing rolls of 120 and 35 mm which was considered the “real film”.

Because the Polaroids weren’t considered “important” they were looser.  I would have to reframe a bit when we changed to the Polaroid camera with its fixed lens. That change helped create a new momentum. The honesty of the Polaroid color reproduction creates an undeniable intimacy with the color and light quality of the original subject.   I always thought that Polaroids were worth saving because the image you see is a unique 1 of 1 photo with a surface that actually saw the light reflected through the lens, never to happen again.

Did you know you’d be doing a book someday?
I was working on 2 or 3 long-term projects that I imagined would be presented as books. Those projects were shot on negative or transparency film with the intention of making high quality images. The boxes of Polaroids were almost like scrapbooks of the moments we loved from shoots, testaments to favorite memories and once I rediscovered them, they rose to the top of the list.

How many did you have in total?
There were several thousand Polaroids.  Black and white Polapan, Polacolor, SX70, Fujicolor instant film were all thrown into a box and forgotten.

How long did the editing process take and what elements did a Polaroid have to have in order to make the edit?
I shared the box of Polaroids with my friend, designer Tom Adler, who creative directed many of the shoots included in the stack of Polaroids. Tom took the images and came back in a couple of days with layouts of an edit focused on portraits of Women. Some well-known women, some young faces, some friends and collaborators. All beautiful. I loved what Tom showed us and his first layout is basically what ended as the final book.

What do you miss about Polaroid?  Your work is often described as fun, energetic and your Polaroids have a type of freedom and unguarded moments, how do you satisfy that now?
Like pretty much everyone else I reach for my iPhone when I see something that I want to record quickly. As convenient as it is to have that technology in hand, nothing takes the place of viewing through the rangefinder of the camera knowing you get one quick chance to decide focus, exposure, and composition to make the picture, and you won’t be able to see the outcome for a couple minutes. It’s a risky process, but uniquely rewarding.

How did you and Brad collaborate for the forward? Did you have long chats, give him the box of images to sift through?
I was incredibly lucky to work with Brad on many photo shoots when he production designed and edited print stories. He had a lot of influence on many of the images in the book.  As a matter of fact, a few of the Polaroids used were from Brad’s personal collection from our shoots.  We spoke briefly about some of the specific Polaroids but Brad, who always references the most interesting details, wrote the foreward from his firsthand experience.