The future is scary, and the present is complicated.

As I write this, the United States Senate is holding hearings about whether a man who’s been accused by three women of sexually inappropriate conduct should be given a life-time appointment to the highest court in the land.

Mind you, Judge Brett Kavanaugh was nominated by a President whose administration is currently under investigation, and there is a not-insignificant chance that the Supreme Court might at some point have to weigh in on things.

To a vast chunk of America, this is one more example of crony capitalism at work, in which corruption masquerades as party discipline, or shared principles, or MAGA.

What it really comes down to, though, is that for almost all of America’s history, Non-ethnic White Christian men ran the country in every way possible.

They got the jobs, they got the girls, the nice cars, the best houses. The stock options, the secretaries who’s butts they repeatedly patted, the second home at the beach, the three-martini lunches.

It was always thus, as the American colony was essentially founded by Non-ethnic White Christian men, and as we’ve discussed in this column in many ways over the years, those with all the power never, ever give it up without a fight.

Andrew Sullivan wrote just last week that to the Woke Left, white men are at the bottom of the social hierarchy, which is the exact opposite of where they stand in MAGA-land.

Of course a shift that radical, coming in a relatively short period of time, was going to cause a backlash in the world of White People. (And of privileged, Washington DC-area prep-school Yalies in particular.)

How could it not?

The reality is that America was never the meritocracy it claimed to be, so minority cultures have fought against racism and classism to try to claim a spot at the table, even if it required drastic programs like Affirmative-Action.

We’re seeing it clearly today, as organizations like Women Photograph and Diversify Photo close ranks around their own gender, or racial/ethnic/cultural affiliation, with the express goal of sticking together to battle the White Male Patriarchy.

Speaking as a man who’s often called white, (and also an avowed liberal,) I think it’s great that our media colleagues are now focused on presenting more diverse perspectives, and supporting those whose voices have inappropriately been suppressed by the traditional power structure. (We try to do our part here at APE as well.)

Personally, I’ve started calling myself Jewish-American, because who on the left wants to be considered a White Guy these days? But it’s also true, (I’m 100% Ashkenazi,) and growing up in the 70’s, even in the Greater NYC area, I was always aware that ethnic White people, (Jews, Italians, Irish…) were not in the same class as the WASPS who ran the show.

I was always aware of my ethnicity, even though I didn’t face much overt Anti-semitism. The Holocaust happened only 30 years before I was born, though, so as Jews we felt like a historically-dominated-and-tortured minitory, rather than the rich, elite culture that is so often pilloried by the same right-wingers who hate women, people of color, and fresh immigrants.

(Jews will not replace us.)

Like I said at the outset, the present is complicated. And that sense of fear about the now-and-whats-to-come often breeds heavy nostalgia, the type that fuels the aforementioned MAGA.

Make America Great Again means that this county was once great, and the changes that have come with a more diverse citizenry, (or population,) have made things worse.

The only way to get Great Again is to return to a world where those Non-Ethnic White Christian men run things exclusively, and get to grab all the crotches they want.

(Honestly, just when I think things couldn’t get more surreal, Trump comes out and says that he empathizes with Kavanaugh because he too has been inappropriately accused of sexual assault. Multiple times.)

Whether you think America is great, was great, or will be again, there’s no denying that we often romanticize the past, and deify its heroes, who were living under a very different context and culture.

I admitted two weeks ago that I’d recently gotten into his films, after having caught up on the John Wayne canon 3 or 4 years ago.

I loved Clint Eastwood, growing up, because who doesn’t, but the macho stoicism they represent is a marked counterpoint to the over-the-top, cartoonish masculinity of the action stars of my childhood: Sylvester Stallone and Arnold Schwarzenneger.

Just yesterday, I watched “Bullitt” for the first time. It was mind-blowing to see how the English Director Peter Yates moved so slowly in his story, taking time for monotonous details that would be cut out of ANY Netflix film in 2018. (Or Amazon. Hulu. Marvel.)

McQueen rarely spoke, and his live-wire energy was barely contained in his body, as he didn’t move very often. There were no character-establishing feats of strength to introduce his talents.

No weightlifting or jumping over walls.

Rather, he was juxtaposed against Robert Vaughn’s slick, patrician, Pacific Heights, rich-Republican-type politician.

When McQueen refused to kowtow to the man who behaved as if he were inherently superior, he announced that middle-class, or more likely working-class White guys had just as much right to this country as did the 1%.

You can’t miss the message if you know where to look. (It helps to know the San Francisco signifiers, like which neighborhoods are WASPY, but really, the point is not subtle.)

Again and again, Steve McQueen just stares people down, letting them know he doesn’t give a shit. That he’s not afraid. That’s his super-cool-super-power. (And he relishes saying “No” to Vaughn, repeatedly.)

Later, they make him sprint in a turtle-neck-sweater and blazer, after he ditches his London-fog trench coat, but other than that, and the immortalized driving chase scene, it’s mostly McQueen’s I-don’t-give-a-shit-ness that encapsulates the American attitude of the late 60’s that he still stands for.

(Quick sidebar: as “Anchorman” has always been one of my favorite films, I laughed pretty hard when I realized that Ron Burgundy’s turtle-neck-sweater-look, and jazz flute, came straight out of “Bullitt.”)

At one point, early in the car chase, McQueen drives beneath an underpass onto Ceasar Chavez, (then called Army,) and I walked in that same spot just last year, on my way to my old neighborhood.

My mind exploded as I saw the earlier version of the Mission District, representing parts of a city that is changing so fast its residents are either leaving, bitching about it, or both.

“Bullitt” romanticizes San Francisco so strongly that I felt like Tony Bennett was about to pop out of my toilet and sing to me with all his heart.

And it also highlighted the Embarcadero freeway which was destroyed in the 1989 earthquake.

I worked across the street from the seedy hotel where part of the film takes place, yet had never once seen images of how radically different the city was with a concrete highway along the waterfront.

Luckily, San Francisco had a stalwart chronicler all these years. A man with a camera wandering the foggy corners where vice supplanted virtue. A photographer who ran with the famed Herb Caen, and hit all the jazz clubs you wish you were alive to have visited.

That man is Fred Lyon, and I believe he’s currently 94 years old. I had the privilege of interviewing him for the NYT a couple of years ago, and as I guess he enjoyed the experience, Fred was kind enough to send me a copy of “San Francisco Noir,” a new book published by Princeton Architectural Press. (With a foreword by PAP/Chronicle Books publisher, and San Francisco scion/mega-collector Nion McEvoy.)

To be honest, (when am I not?) I did find the production values here were not exactly to my liking, with some glossy paper and odd spread-design, coupled with the black backgrounds.

Not only that, but as many of Fred’s best photos went into a previous PAP book, which came out a couple of years ago, this one definitely feels like it’s B-sides and deep cuts.

Criticism done, of course these photographs are fantastic. Thank God Fred was out there, as how else would we have this trove of pictures of men in fedoras, and stevedores working the docks? Women in stockings stepping up onto streetcars, and long vistas up the huge, imposing hills. (My mechanic in SF, back in the early aughts, taught me to put an automatic transmission car in low gear before attempting to drive up the steepest of them.)

I know today’s column is long, and yet much of what I’ve written is not about the book. (What else is new?) But if you think about it, the entire review is about the book.

When people feel threatened, when their lives or jobs have gotten worse, it’s natural to wish things could go back to the way they were. Let’s slap up a wall to keep out the brown people. Take away their right to vote, or rescind their citizenship.

This type of reactionary thinking is not going away. But neither is this new America, I’d venture.

The one in which men and women, Caucasians and people of color, all feel like this country is supposed to be working for them. That the system should not be rigged for the steely-eyed, Christian white guys.

It’s one of life’s little ironies: non-MAGA Americans might not want to go back to the 1940’s and 50’s, but we sure like looking at photographs of what the world was like back then.

Bottom Line: Melodic vision of rakish San Francisco, back in the day 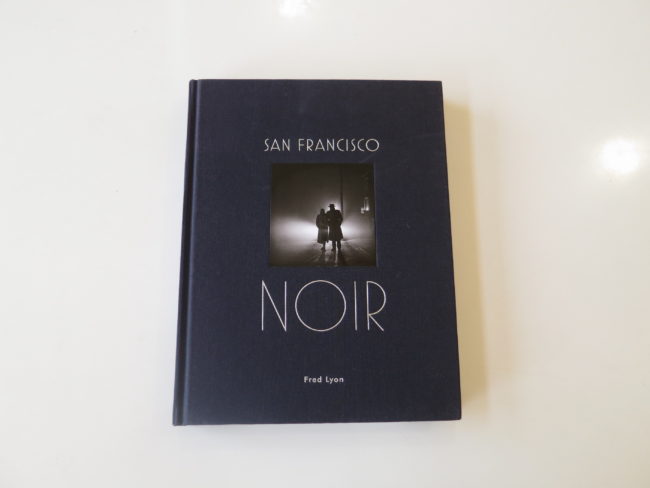 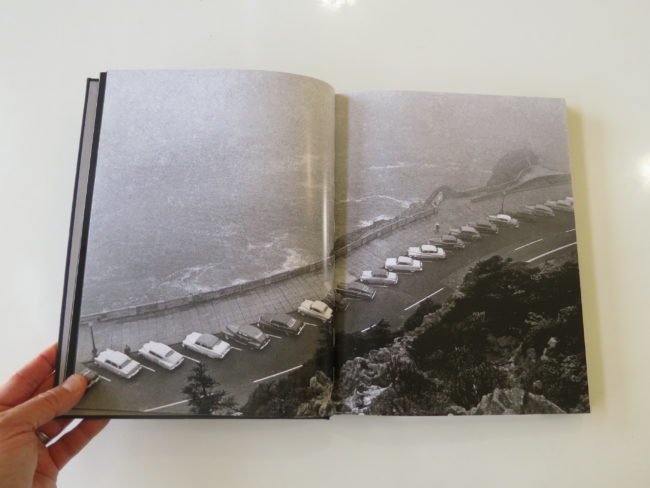 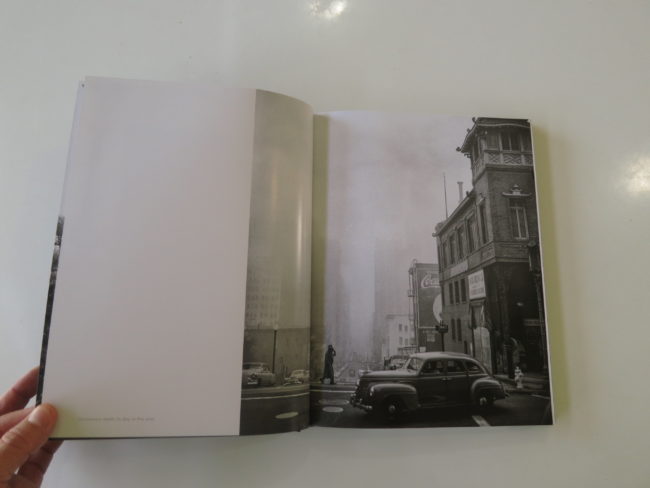 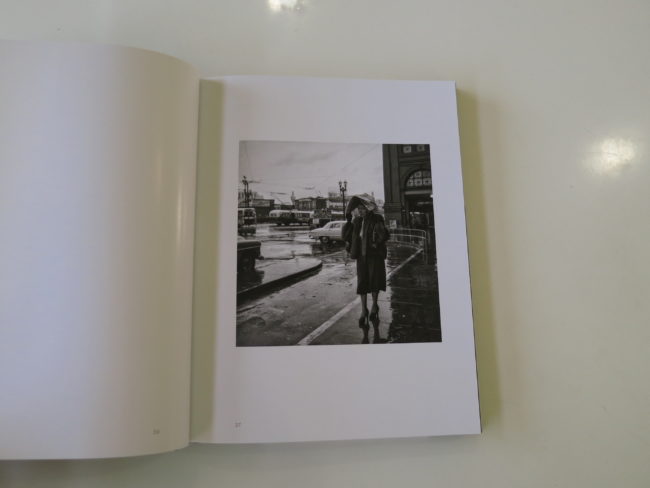 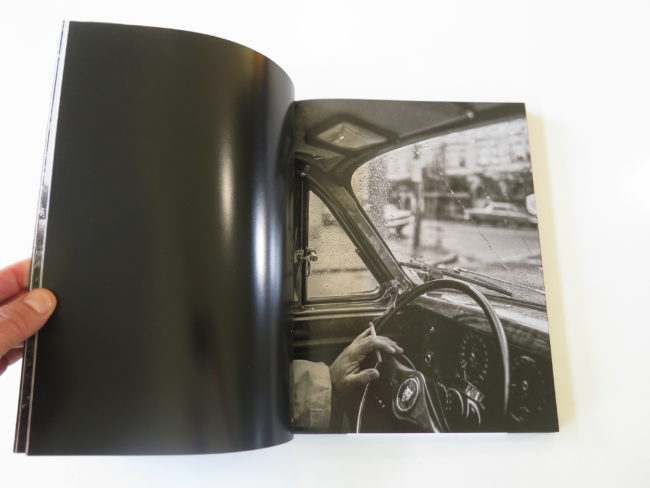 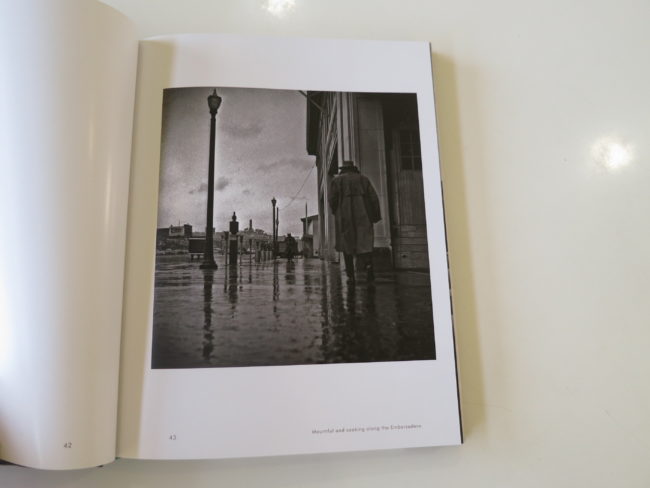 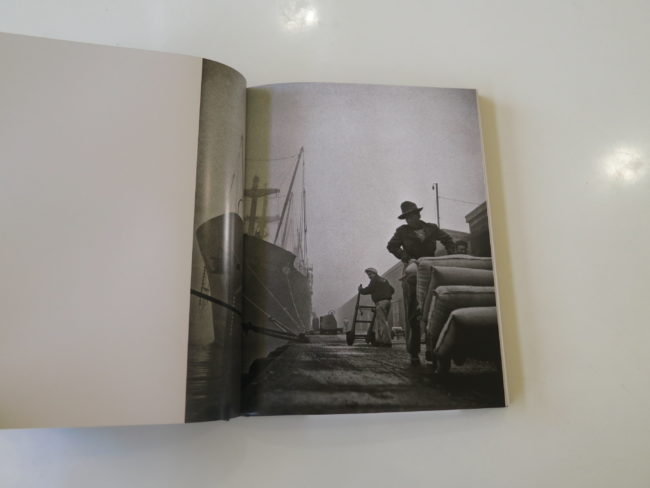 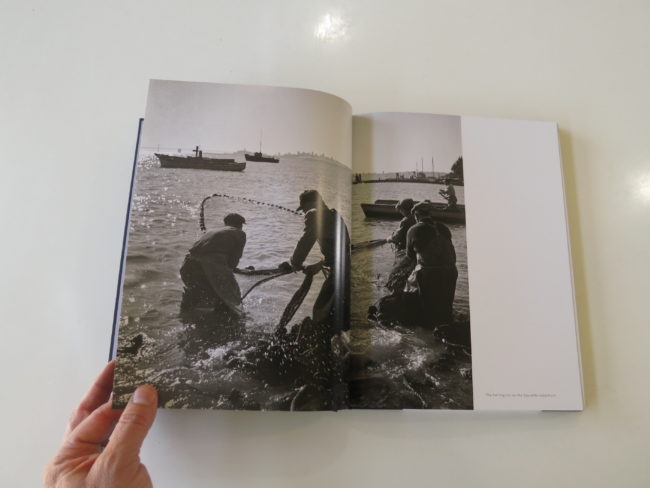 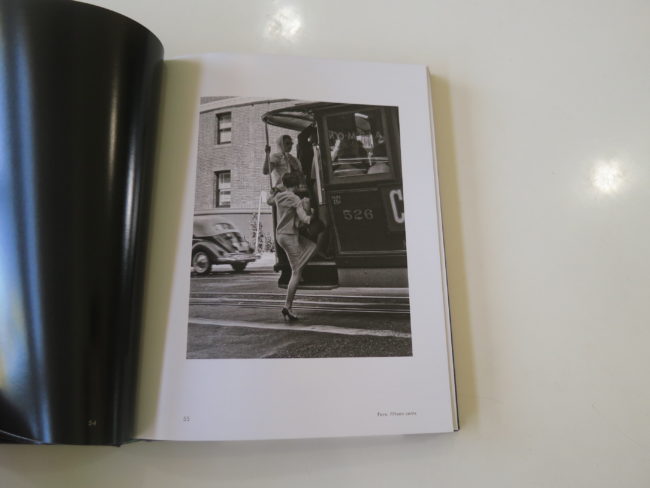 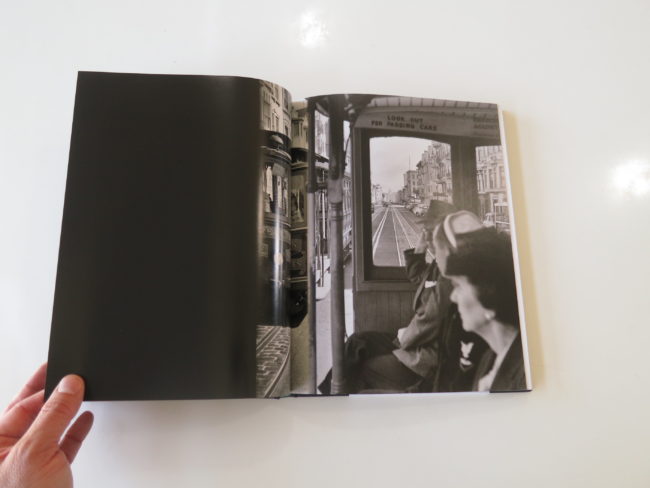 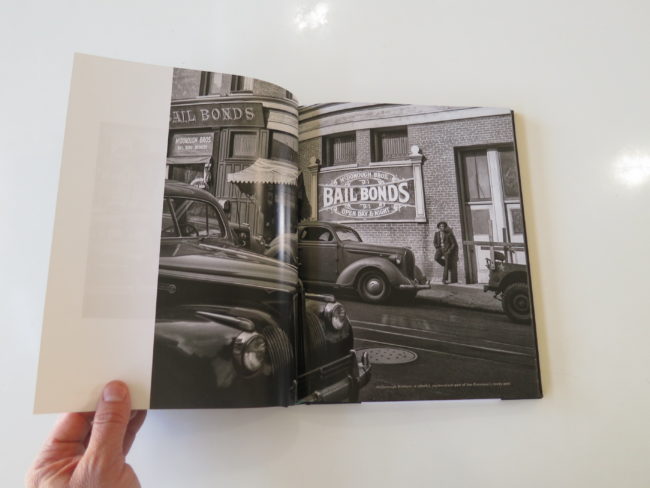 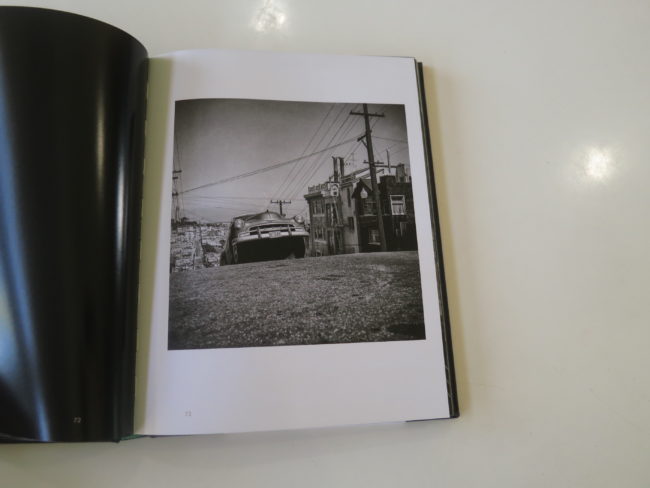 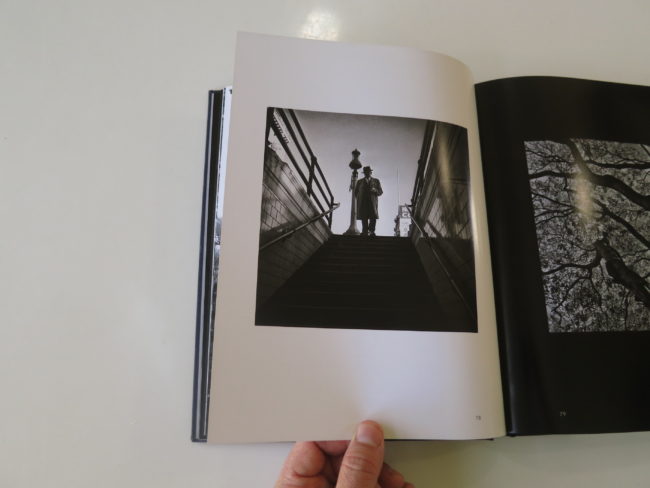 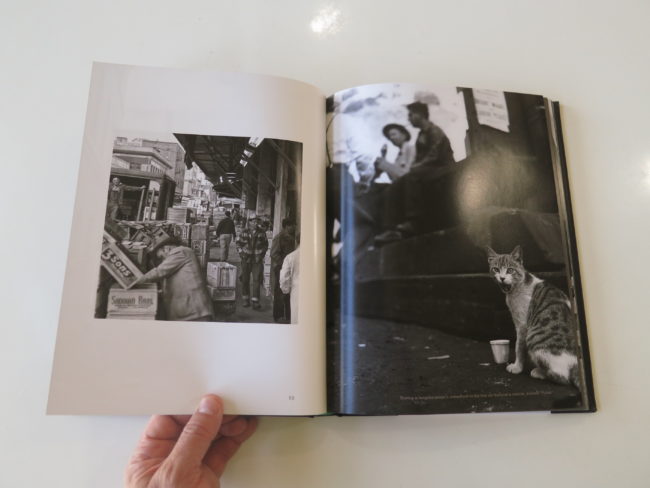 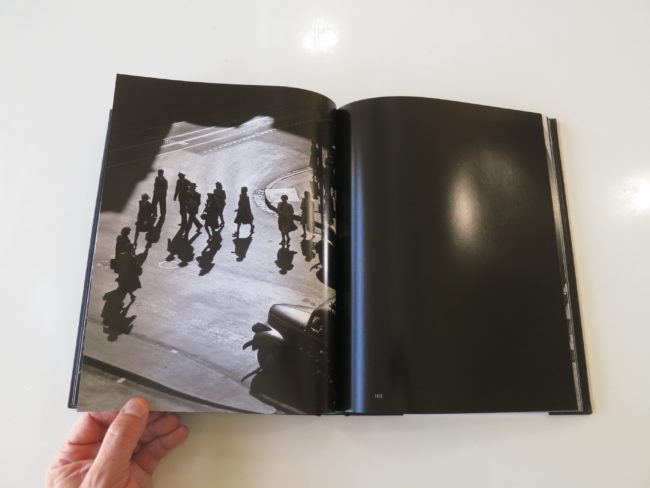 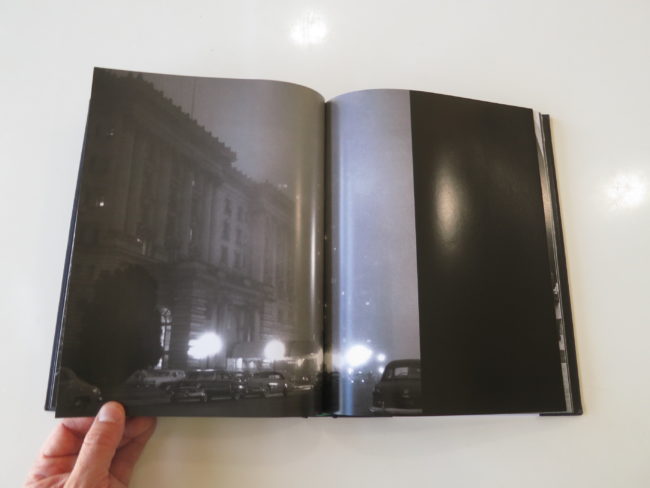 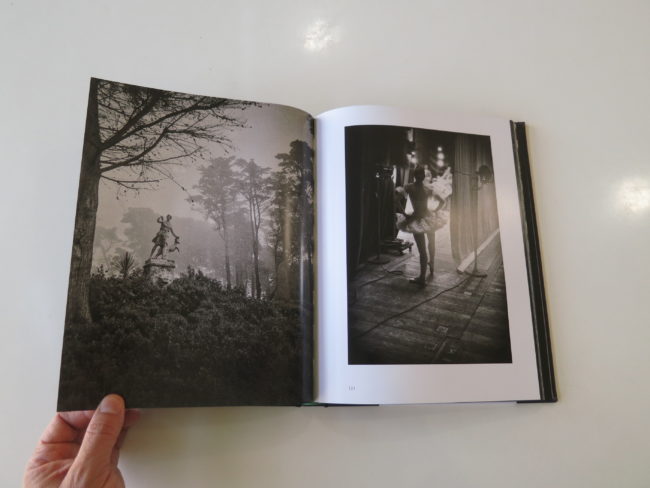 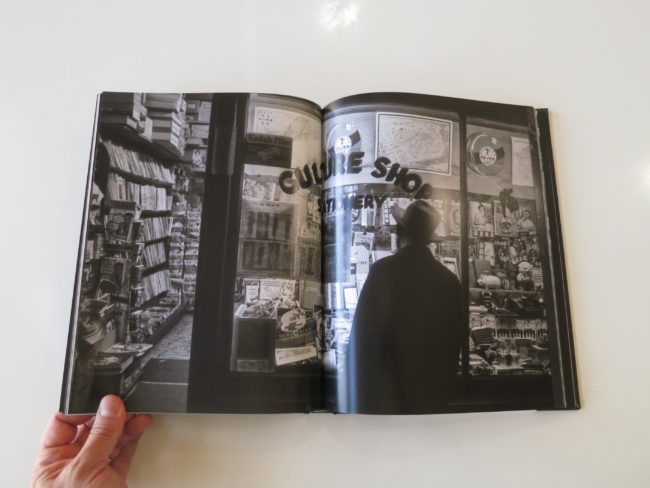 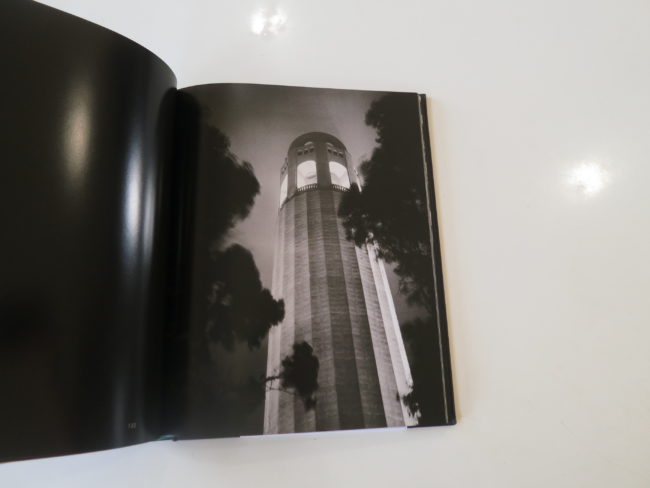 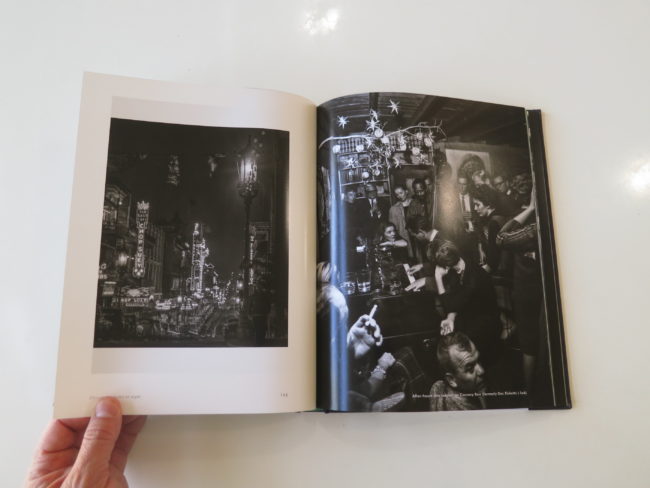 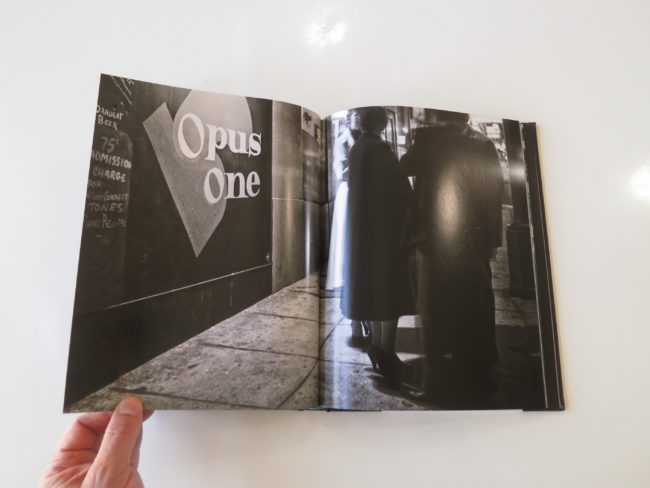 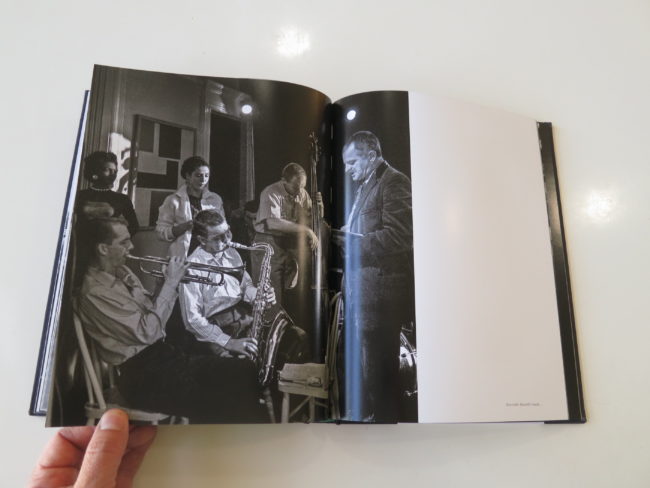 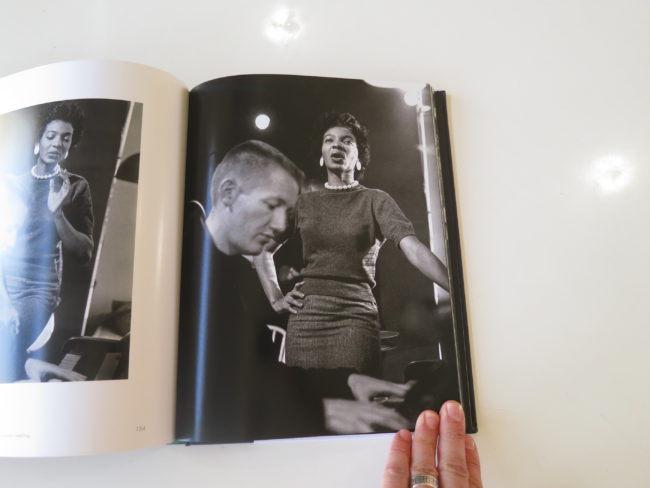 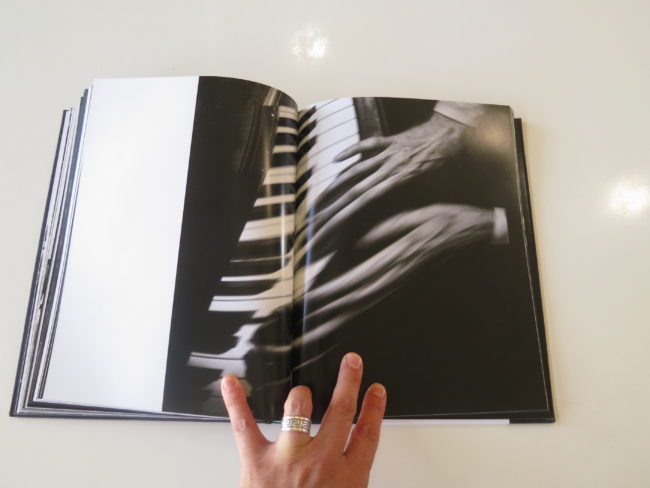 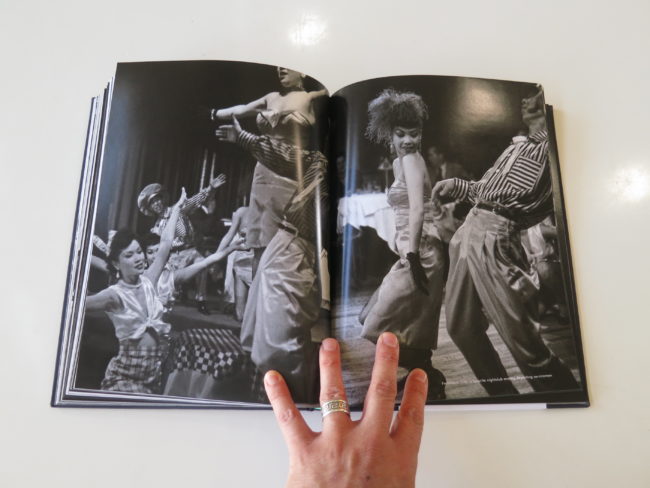 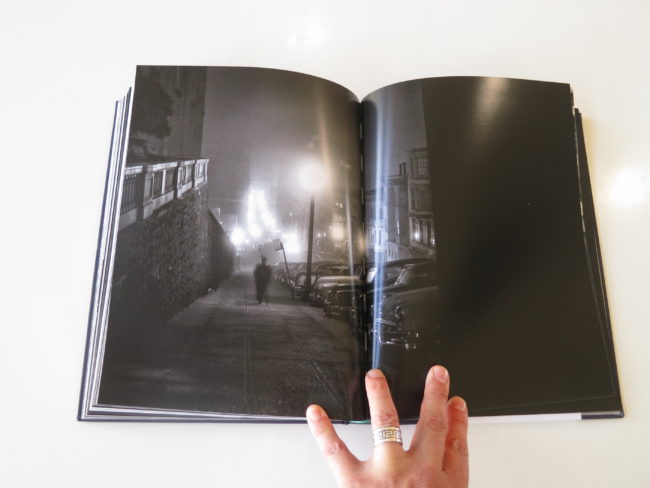 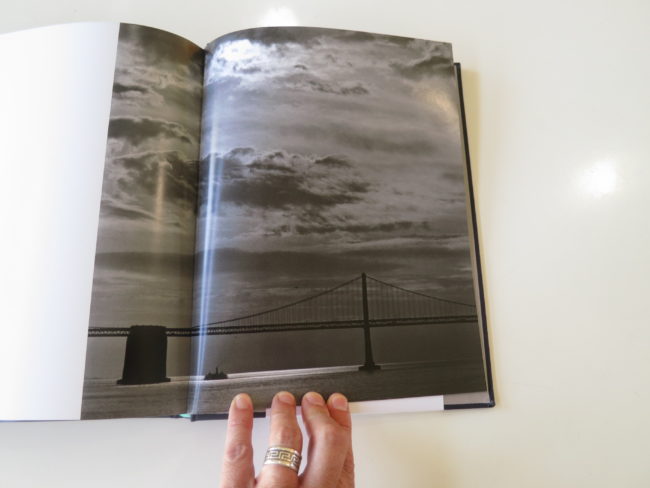 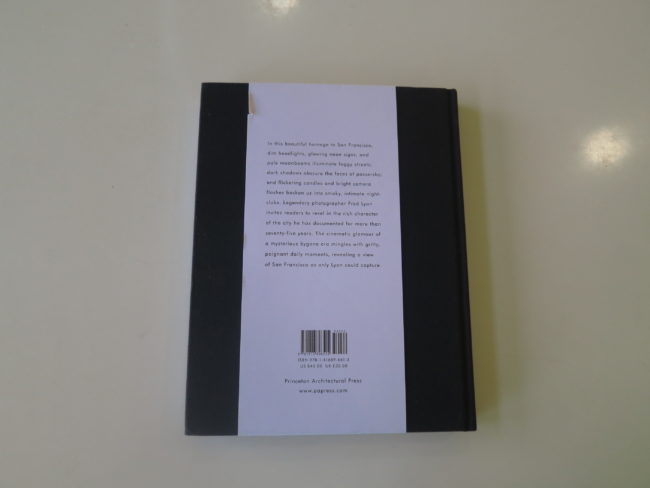 If you’d like to submit a book for potential review, please email me at jonathanblaustein@gmail.com. We currently have a several month backlog, and are particularly interested in submissions from female photographers, so we may maintain a balanced program.

The Art of the Personal Project: Paul Elledge