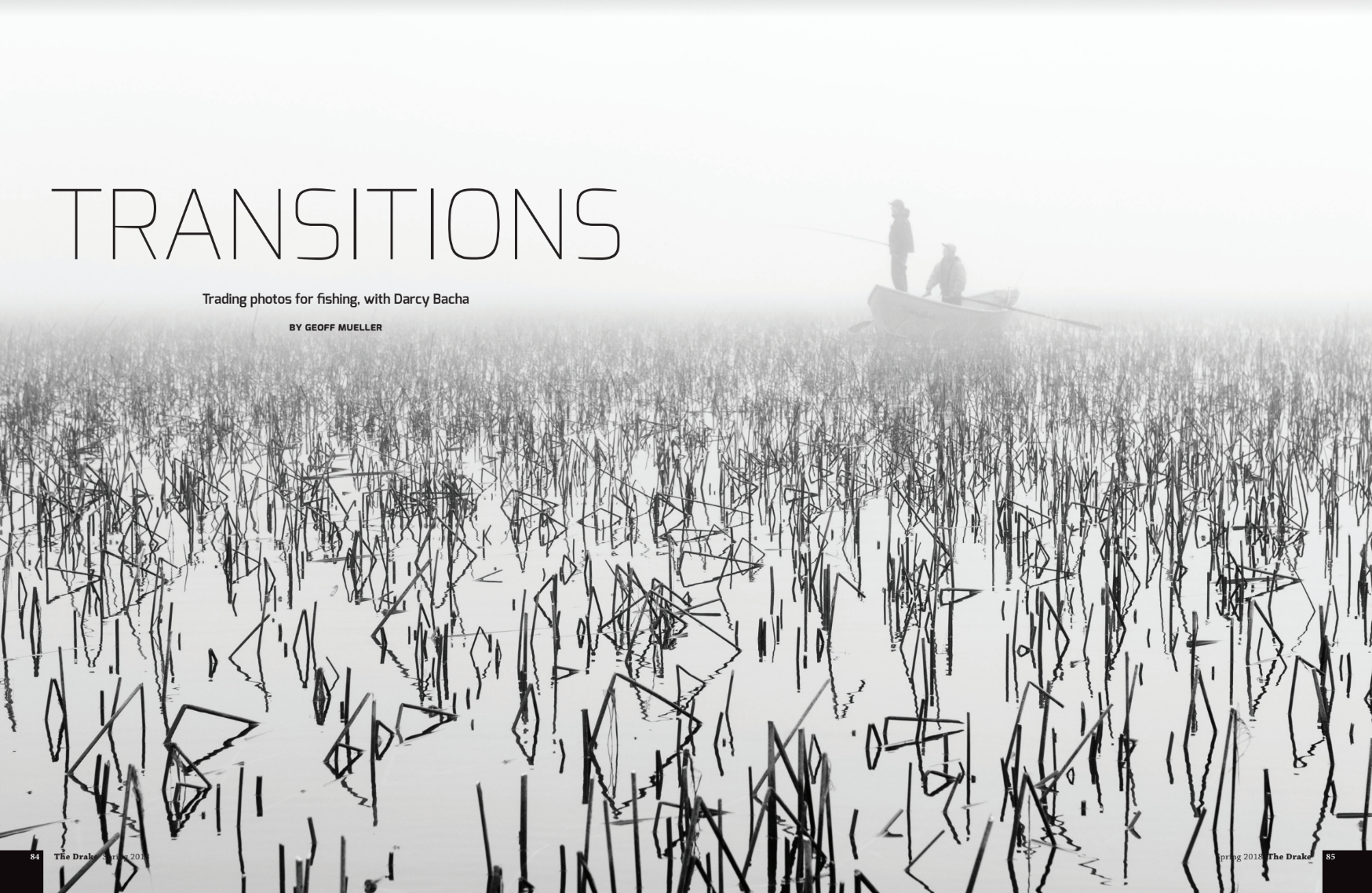 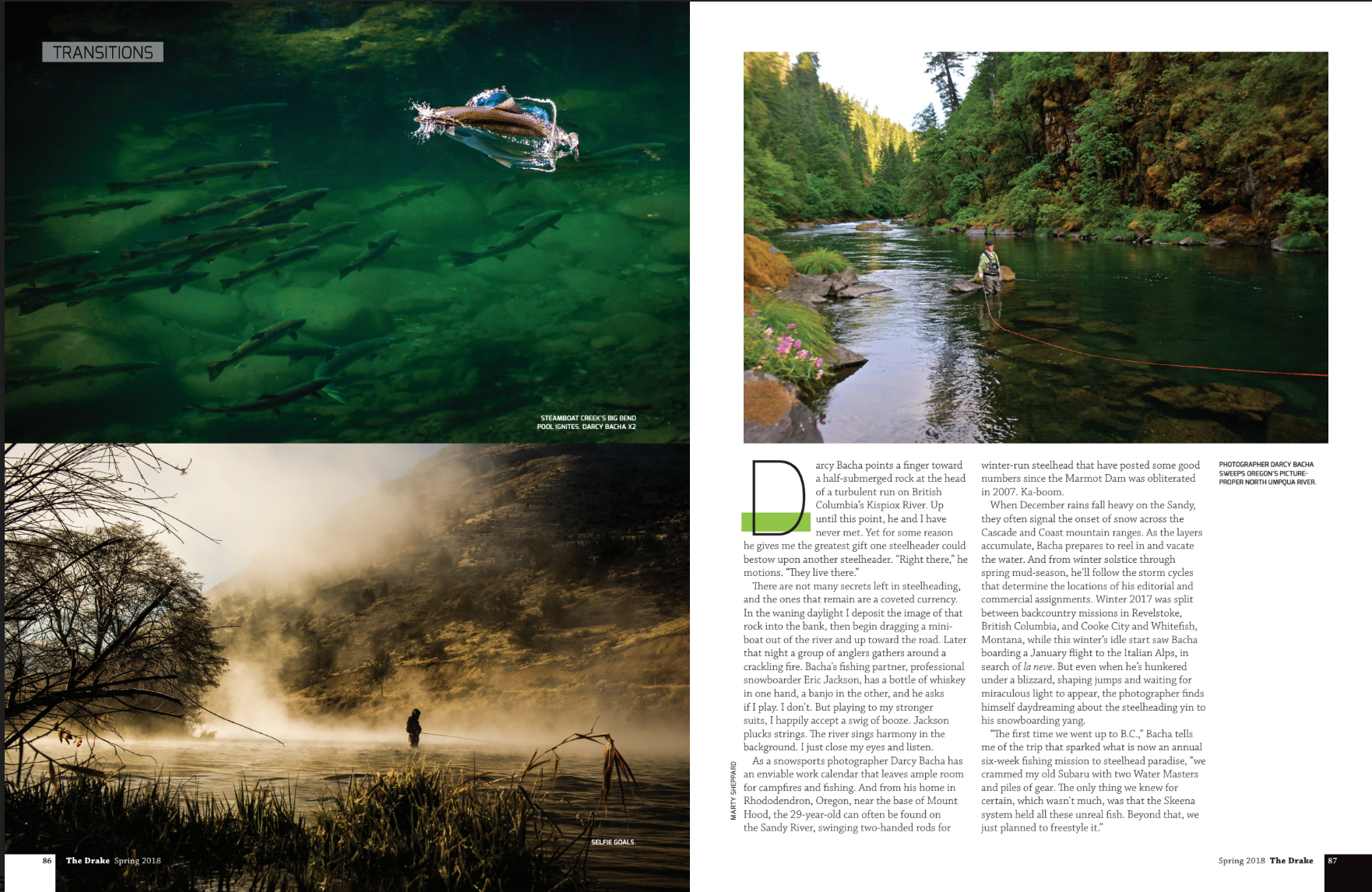 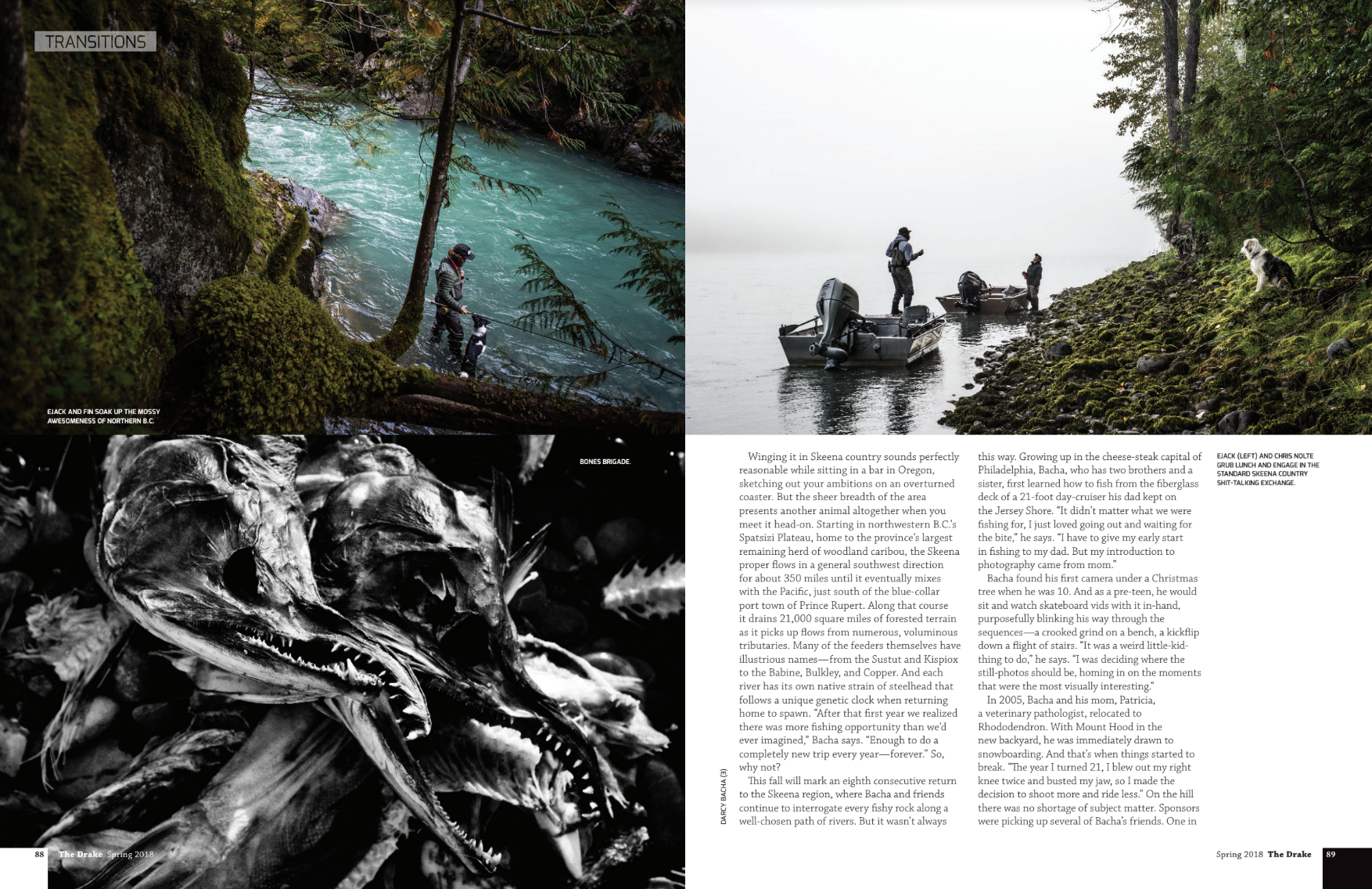 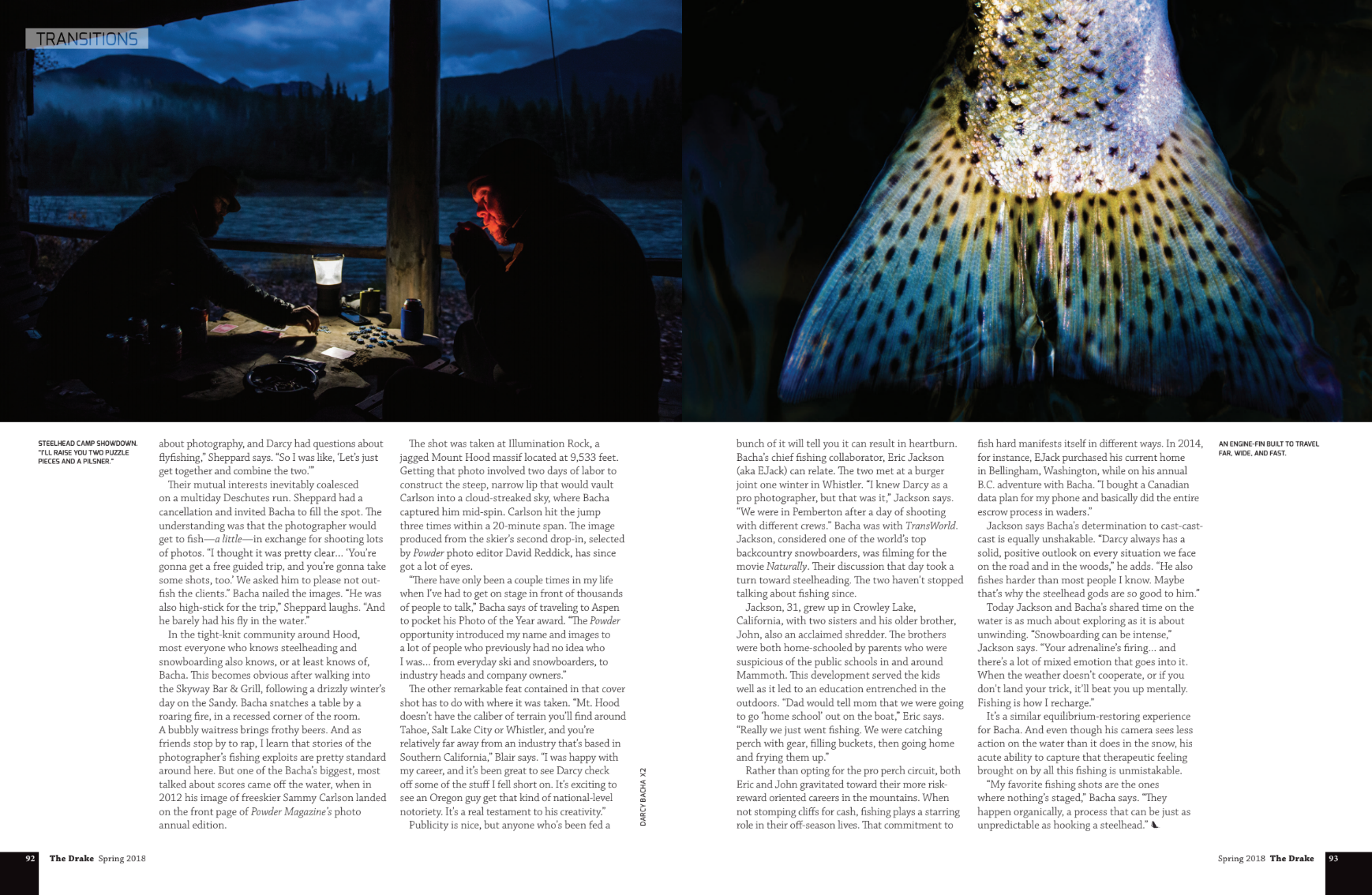 Heidi: How many years have you been doing this 6 week fishing/photo trip?
Darcy: Eric and I have been going up North for about 6 falls in a row now. I try to make it up during the spring as well, but that trip is usually harder to swing because of working as a snowboarding photographer. I did however get to spend some serious time on the Skeena this spring because of Eric’s Alignment movie project we worked on.

How did you meet Eric?
I randomly met Eric Jackson at a burger spot in Pemberton British Columbia, He’s one of the most influential back country snowboarders in the world.  We were both on snowboarding trips at the time, but naturally didn’t talk about snowboarding for a second. Within an hour of meeting we had already planned our first of many steel heading fly fishing trips to Northern BC.  the second time I met him was in Portland at the beginning of that said trip.

Have you sold many of the images from this trip?
As far as selling images, I always have my camera with me, I spend so much time fishing though it only comes out at very special moments.  Those moments usually end up in a magazine.

How long have you been shooting for The Drake?
I’ve been submitting images to them for probably 7 or 8 years now.  But I haven’t really done any assignment work until this spring for Alignment. Fly-fishing has always been my focus and the photography has really just been in the back ground. It wasn’t until this year I started realizing it could be incorporated into my annual income along with Snowboarding photography.

Have you always fished or did this start when you moved to the Pacific North West?
I’ve been fishing since I can remember. Some of my first memories are of splashing around in a creek with a net trying to catch minnows and crayfish. When I moved to the pacific northwest I discovered fly fishing.

How many photos did you trade for the fish?
HA! I feel like I’ve probably more likely traded fish for the photographs.  Although I like to think that every time I pick up my camera the fish probably weren’t gonna bite my fly then anyways.

Did you scout that opening shot and have that visualized?
That shot just came naturally. Me and my buddy’s go large mouth bass fishing in a local lake.  This just happened to be one of those mornings where I put down my fly rod and picked up the camera because the moment was so special.

Was this shoot part of your annual trip with Eric?
Well, it was more of a fly fishing tournament then a photography shoot, me and my dirtbag friends put on this 3 day bass tournament every year.  The conditions at this specific lake make for some pretty incredible foggy mornings.