Getting out of your comfort zone isn’t easy.

You’d think it would be, as the phrase has become a parody
of a cliché of an aphorism.

I dispense advice here, almost weekly, and pontificate on issues big and small.

I’ve found it’s easier to give advice than to take it. Nobody likes to be told what to do, so teaching and inspiring work better without sanctimony.

Part of how I try to stay fresh is to force myself to grow and change, even though it’s hard. (Just the other day, I reminded a family member that not doing things, just because they’re hard, is the opposite of the artist mentality.)

But with respect to taking my own advice, (which I could be better at,) this week, I accepted help from a friend, when all my traditional instincts were pushing me to figure it out on my own. I’ve had print-head issues lately, and have to make a new portfolio for the NYT Portfolio Review later this month.

I was on the verge of paying a fair amount of cash for mediocre machine prints, when my buddy was offering to use his considerable expertise, badass printer, and high-end-Hahnemuhle paper for free.

My wife and friend both pointed out that it seemed reasonable and wise to accept his offer.

To take the help: better prints, no money.

But every part of me, which isn’t used to asking for favors, was trying to find a way out. Then I remembered a comfort zone
is the place where we do what we always do.

Our patterns and habits.

So I shut up for a moment, thought about it, thanked my friend profusely, and started thinking about some great presents to buy him to show gratitude.

Likewise, I try to keep this column from getting stale. Rather than be OK with showing more male artists than female, we engaged in some outreach last year, and are now able to alternate male and female artists each week.

(Keep those submissions coming in, ladies…)

I also get in habits in the kind of books I show. Weird, edgy, fine-art goodies, or journalistic, socio-political documentary books about those aforementioned major issues.

Along those lines, most of the books I review come from the perspective of the urban, artsy hipster/journo, rather than a regular dude living in the country.

Deep in the Heart of Texas.

I don’t feature a lot of books like that.

So…obviously…that’s what we’ll do today.

Gabe Wolf, who goes by the name Lone Wolf, sent me a copy of his self-published, hard-cover book, “XV: On the Road with Lone Wolf,” which covers 15 years of his documentary photographs of cowboys, and rodeo culture in general.

This book hails from Kempner, which is as close to the heart of Texas as you can get. (Near Killeen, Southwest of Waco, Northwest of Austin. I got a burrito near there two years ago, and it was delicious.)

It feels categorical in a way I appreciate. The series is lived-in, meaning you really got the sense that Gabe Wolf put in the miles.

Along those lines, the photos are taken all over the greater Southwest, including TX, New Mexico, Oklahoma, Arizona, Nevada, California, and Tennessee. (Maybe I missed a few?)

The images are well made, and the consistent change in size, format and picture placement speak to the self-published aesthetic. It feels DIY, and I dig it.

At some point, I noticed a sub-series of images of a young rider who appeared to be a Native American. Given the 4 Corners locale, I figured he might be a Navajo.

The captions said his name is “Derrick Begay,” which is a Navajo surname. And then I re-looked at the title page, and it said the book was published by Ma’iitsoh.

Maybe I need to break my rule and use Google for a minute?

No, Lone Wolf does not appear to be a Native American guy.

And the word I’ve been hesitating to use so far, “commercial,” does show up on his website in several places.

There’s a lack of edge, here, that would normally preclude me from showing the book. But by opening my mind a bit, I’m appreciating the behind-the-scenes vibe. The book feels “authentic,” to use the parlance of our times.

And the best images, including the black and white silhouette of Begay set against the backlight, are pretty awesome.

If this came from a major publisher, it would be slicker. And there would less images.

I’ve leveled the criticism at a bunch of books lately, too many photographs, but I don’t feel that way here.

The captions in the end give detailed information, and the sponsors are not Aperture or some fancy gallery, but rather, The Original Team Roping Association and Lone Star Ag Credit.

How can you not love that?

Bottom Line: 15 years of cool cowboy photos across the West

To purchase “On the Road with Lone Wolf,” click here 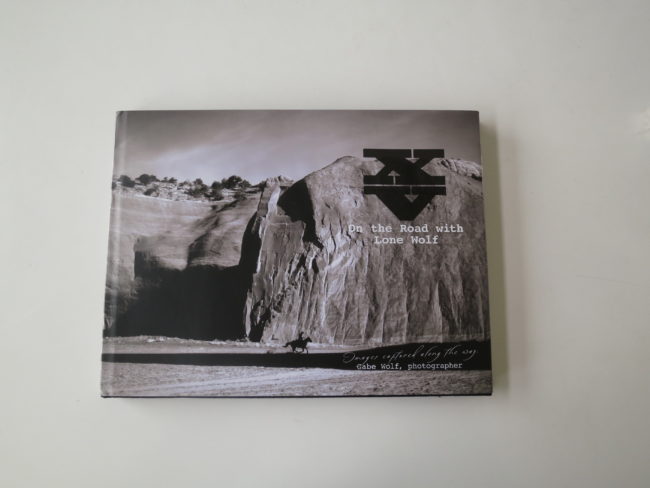 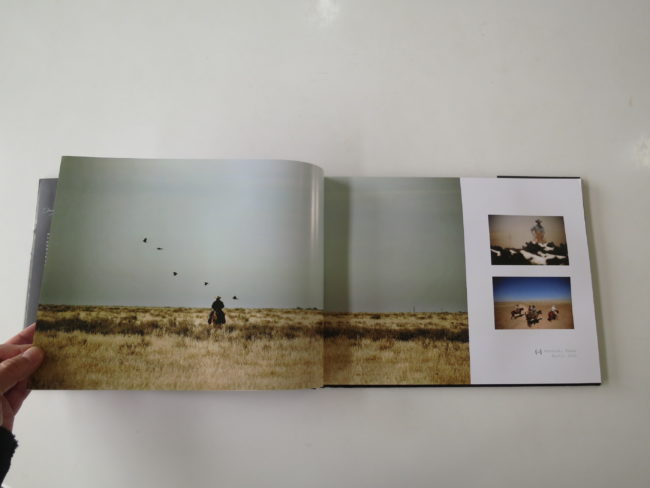 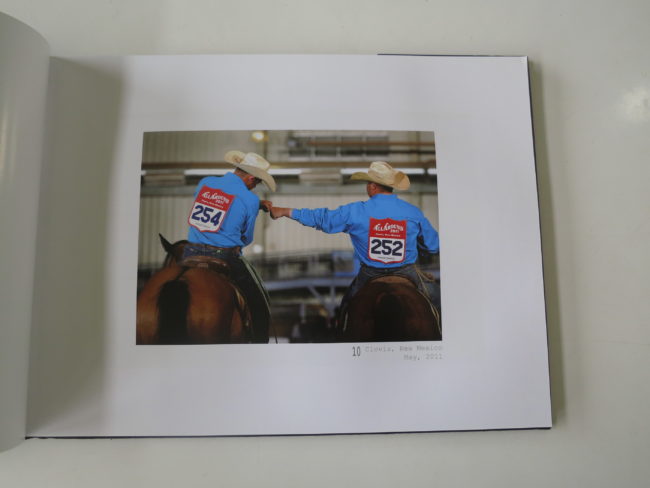 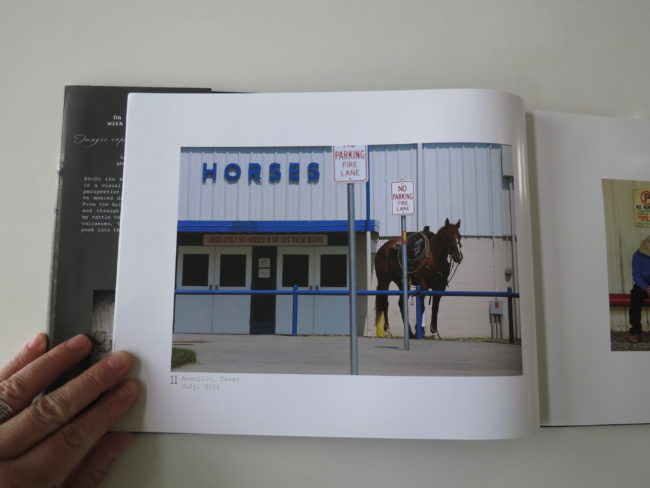 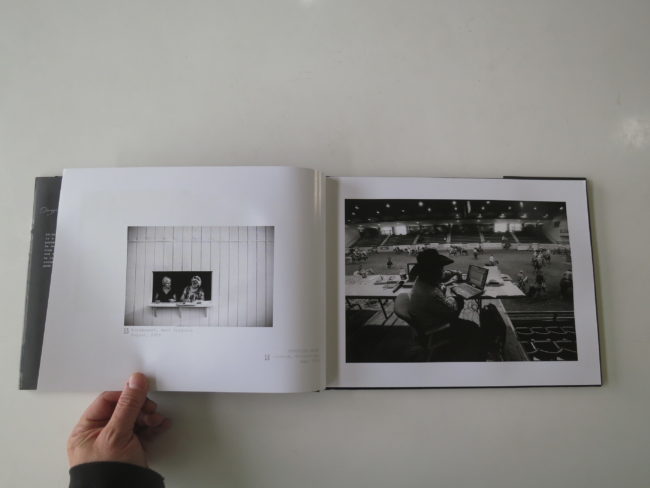 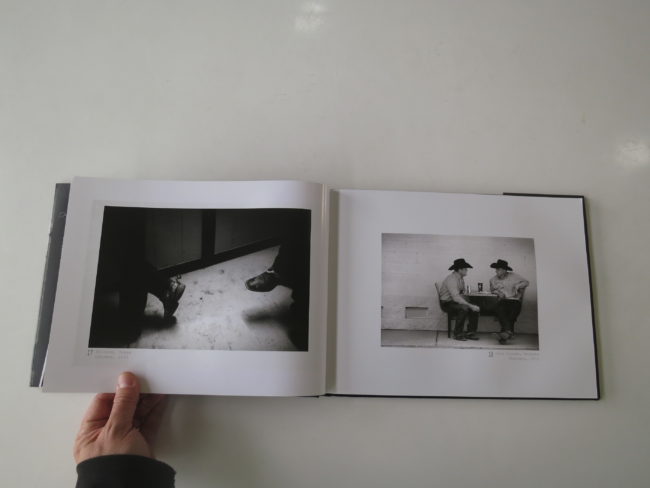 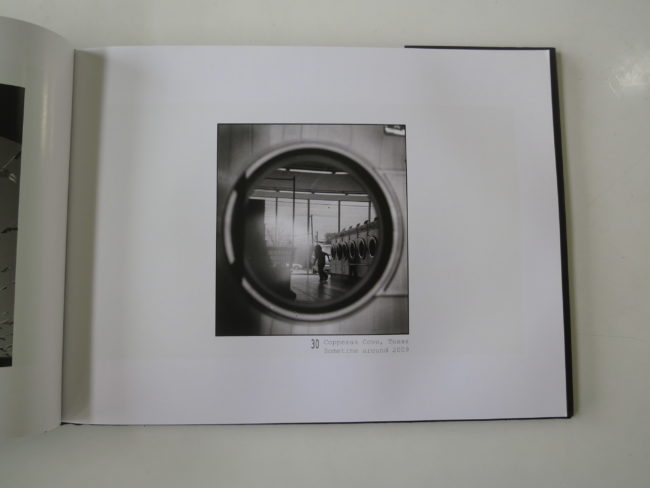 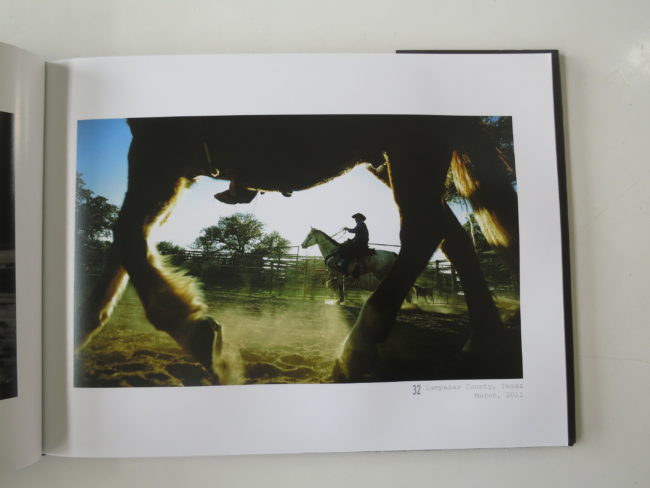 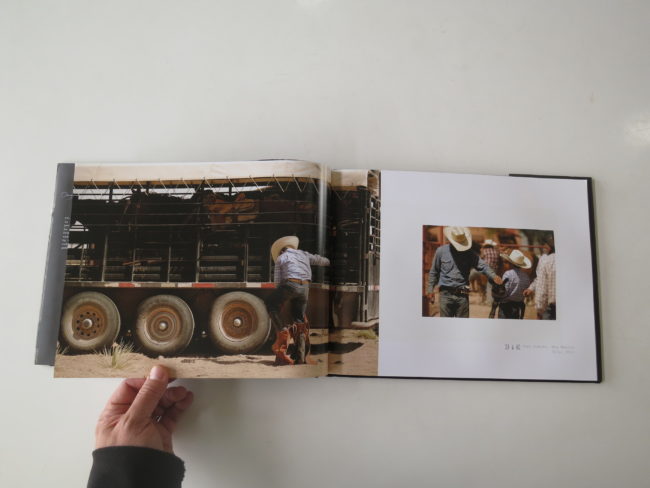 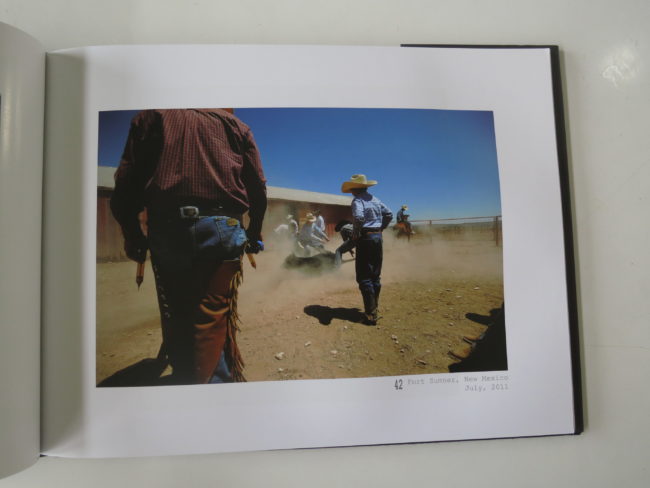 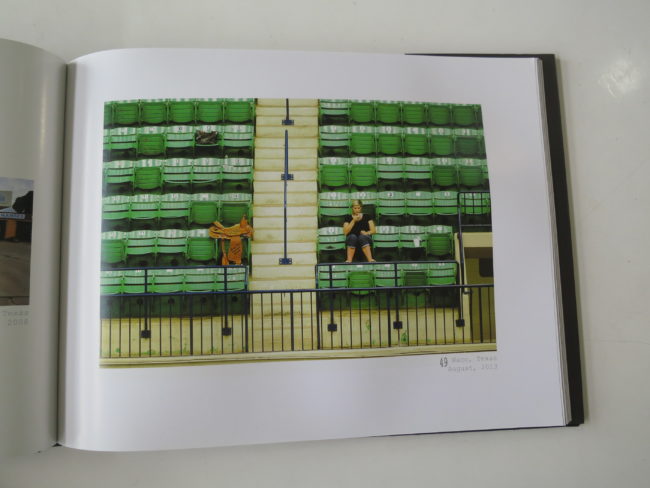 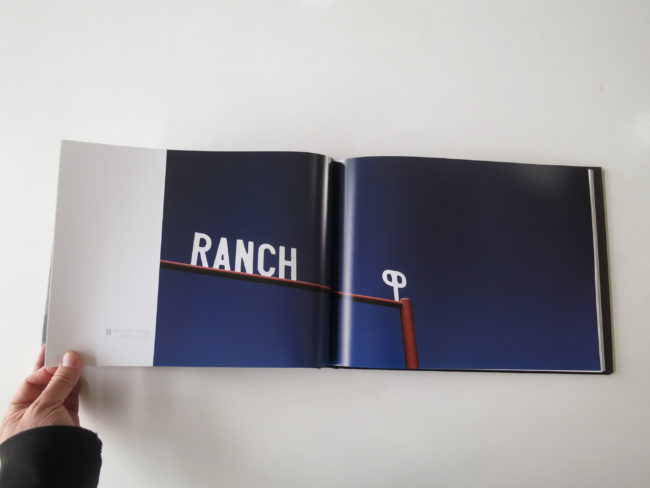 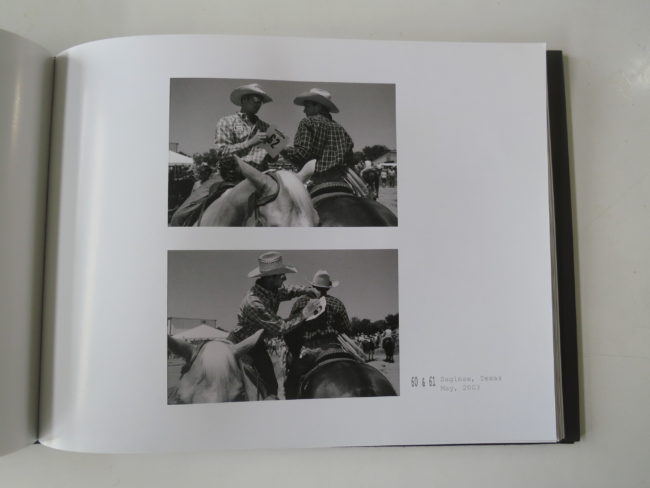 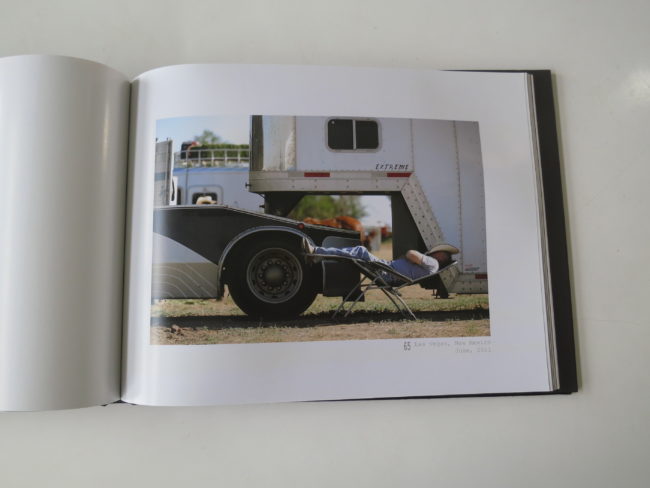 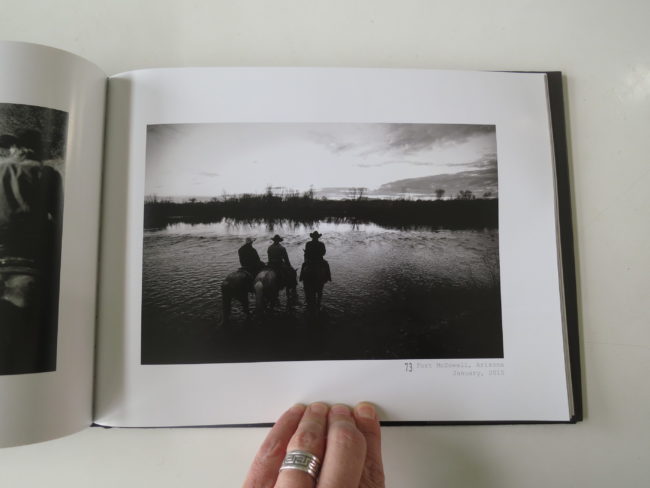 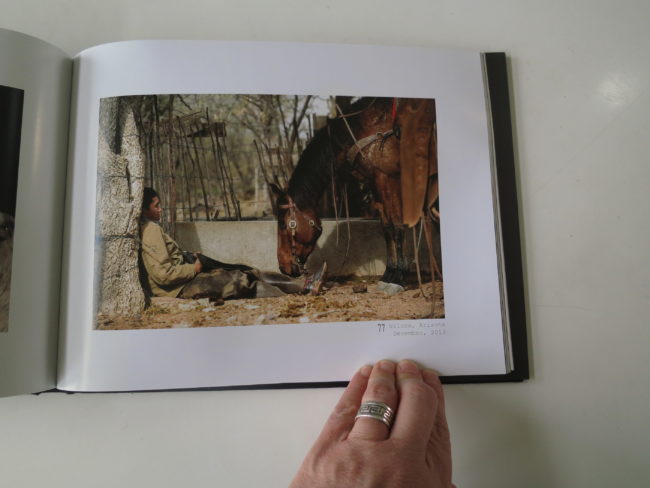 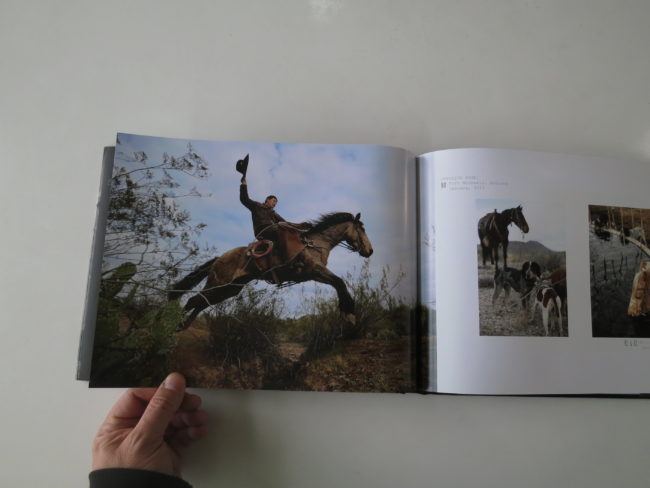 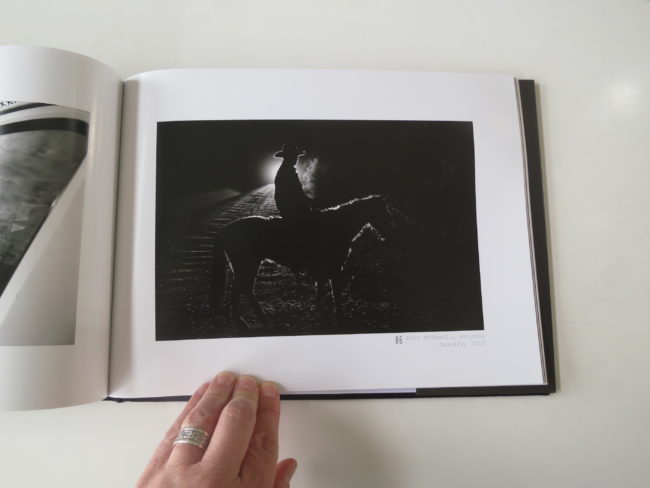 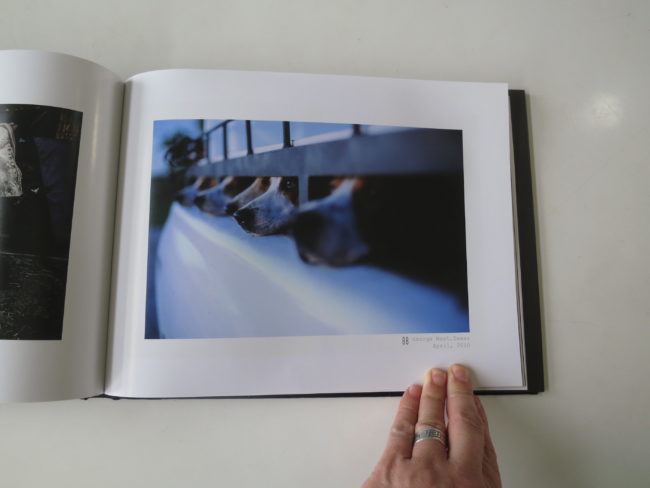 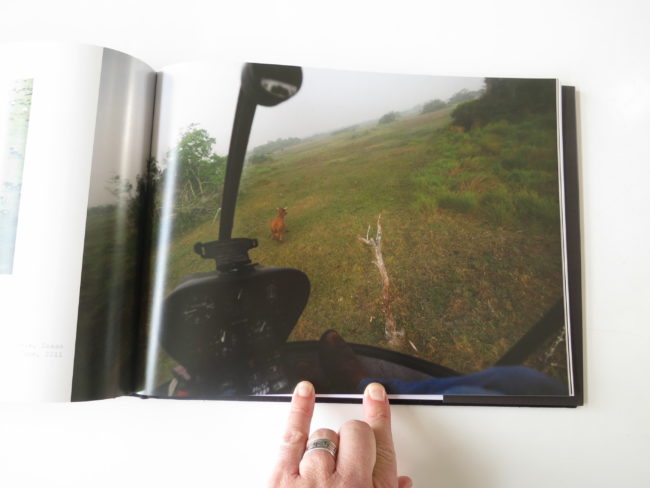 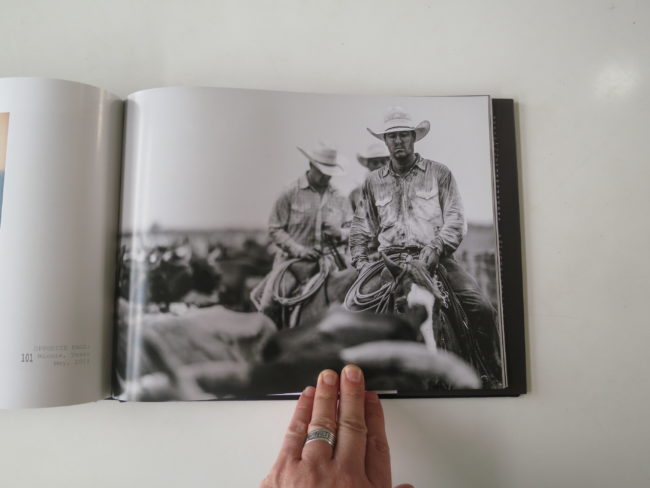 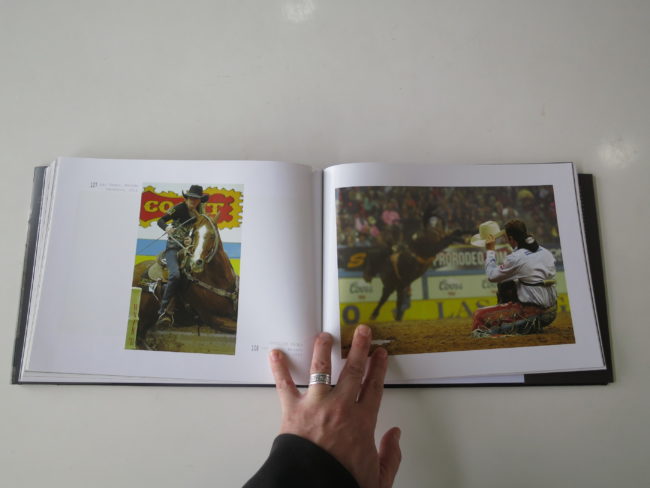 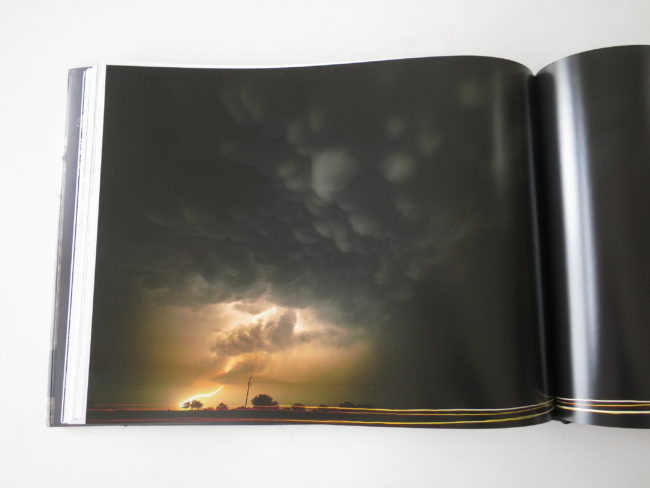 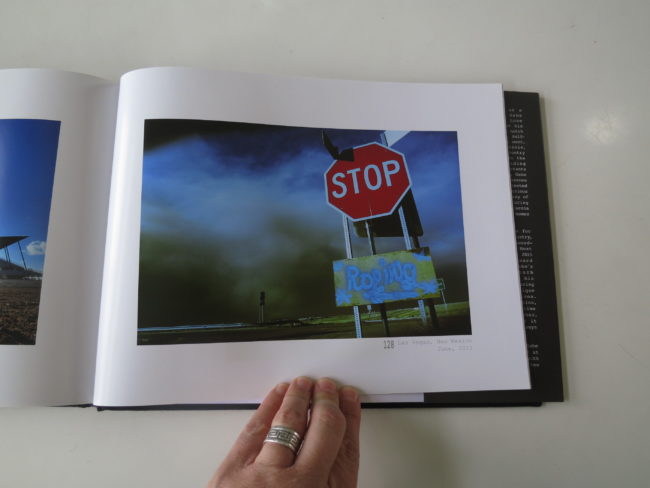 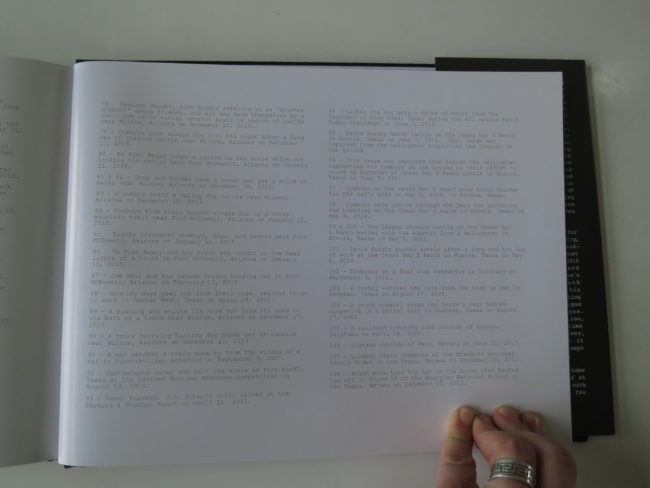 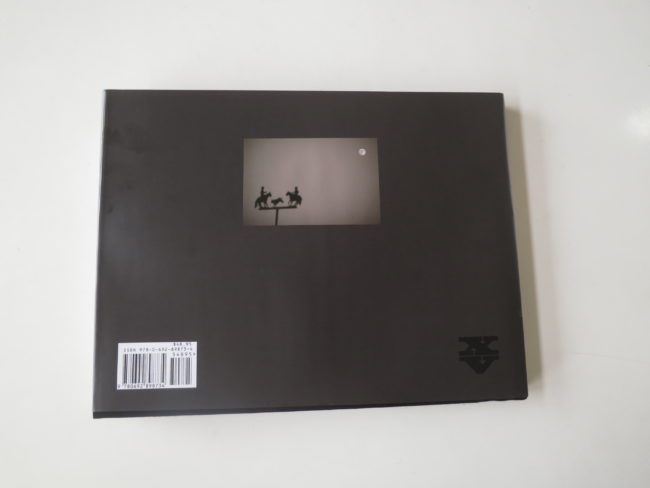 If you would like to submit a book for potential review, please email me at jonathanblaustein@gmail.com