Sometimes, it feels like the world is run by idiots.

It makes sense, when you think about it. Regular people don’t quest for power. They’re too busy trying to get the bills paid, their children fed, and their posts liked on Instagram.

It takes a special kind of ego to yearn to control others. (I know there are a few idealistic public servants out there, like former President Obama, but they are certainly the exception to the rule.)

Just this morning, for instance, the Taos School system head-honchos refused to cancel classes, despite the massive snowstorm sitting over town. Any fool could’ve looked at the radar and seen what was coming, especially as it began snowing last night.

But our town is most definitely run by morons.

Instead, they made thousands of people drive on icy, snow-covered roads to get their kids in on time.

And then they canceled school an hour later, making everyone repeat the hairy drive a second time.

If I hadn’t seen the same scenario play out year after year, I would’ve given them the benefit of the doubt. But they don’t deserve it. Dumb fucks.

Few things make me angrier then risking children’s lives for no reason.

Of course, one can always pull out an empathy-cheat-sheet to handle the press conference afterwards. Are you kidding me? By now, you’ve all seen the photo of Trump’s tiny hands surrounding a numbered list, required to remind our current president how to talk to children who survived a deadly mass shooting.

The last time I wrote about mass shootings, and predicted another with absolute certainty, I actually got a nasty email from one of our readers. Apparently, in the United States of America, dead children are seen as nothing more than collateral damage to an assault weapons addiction.

So if the guy who wrote me that email is reading this column: fuck off. I didn’t respond to you last time, and I won’t this time either.

I live in a place where the police can’t get to you in time, if something really bad happens. Lots of people have a weapons for self defense.

The only reason these lunatics want their AR-15s is to potentially revolt against the government one day. That’s it. You don’t need a semi-automatic rifle to kill a deer, or an elk, or even an endangered species.

But like I said at the beginning, it’s often the biggest douchebags who make the important decisions that govern our lives and safety.

I’m no nihilist, but I’m certain the world is neither orderly nor sane.

Thankfully, today I opened up a photo book by Mario Lalau, a Brazilian photographer I met at Review Santa Fe in October. The dude was cool as hell, and like me, has occasionally been accused of looking like a terrorist. (If you have a slightly swarthy complexion, and wear a beard, it’s bound to come up.)

Mario lives in Texas now, and he told me a hilarious story about making friends with his gun-loving colleagues down there. (He has a strange day job, but I don’t remember what it is.)

After the festival, he sent me a copy of “Tropeço,” published by Foto Editorial, and it felt like the perfect publication for today. (For the record, because of all the portfolio review articles I wrote over the last five months, I’m backed up at looking at the book submissions. If you sent something in to me, please be patient. I look at everything eventually.)

I’m not going to tell you this book is brilliant, because it’s not. It’s barely even a book.

According to some notes he sent along, they actually jumble up the pages of every copy. As it is not hardbound, (or bound at all,) this would certainly be possible.

Mario was really funny in person, which I always appreciate, and these images are representative of a witty vision, as someone wanders the world with a camera.

The pictures are fun, smart, and well-observed.

There’s a randomness to it all that feels very appropriate in 2018. Many of the pictures are phallic, with cones, and buildings, and trees jutting up from the Earth.

The one repeating motif I could discern with certainty was the absurdist, winding Lombard Street in San Francisco. What could be a better metaphor for now than tourists flocking to see a little stretch of asphalt that makes no sense?

I’ve occasionally mourned the fact that I rarely get strange, weird, small-batch, art book submissions these days. I’m sure many of you prefer it that way, as most of the books I review now have a strong sense of mission.

The photographers document an issue, and try to raise awareness.

While I admit I woke up on the wrong side of bed this morning, even if I’d arose cheerily, my morning-social-media-check would have assassinated any latent optimism.

But this book, with its emphasis on finding little moments of bliss, or synchronicity, in the face of unending chaos has definitely put a smile on my face.

Bottom line: A strange and hip little jumble of a publication

PS: It’s crazy that I’ve never done a PS before two weeks ago, and here I am again. But I saw this quote from Mario in an email, and it’s too good not to share: “I’m the guy who told you a story about a lonely, wild boar BBQ with an armed patriot, who called me Omar instead of Mario because of my suspicious beard.” 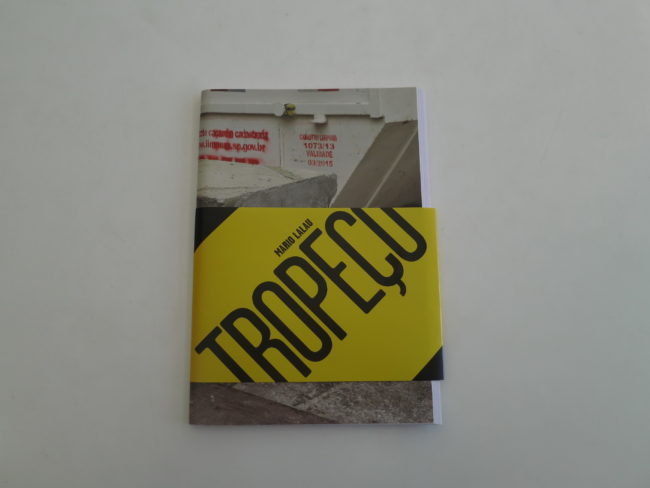 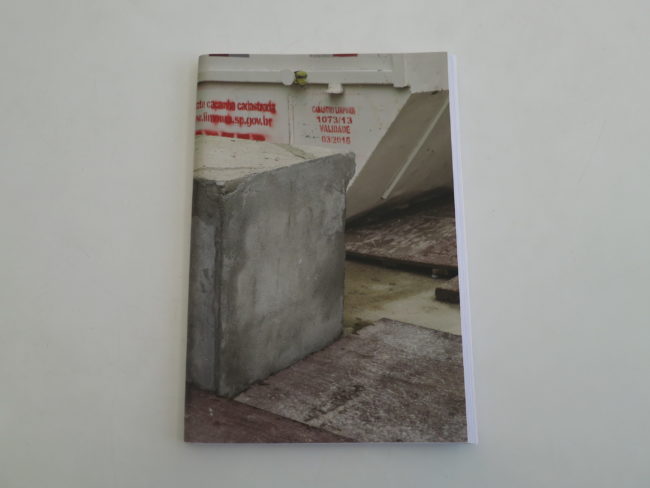 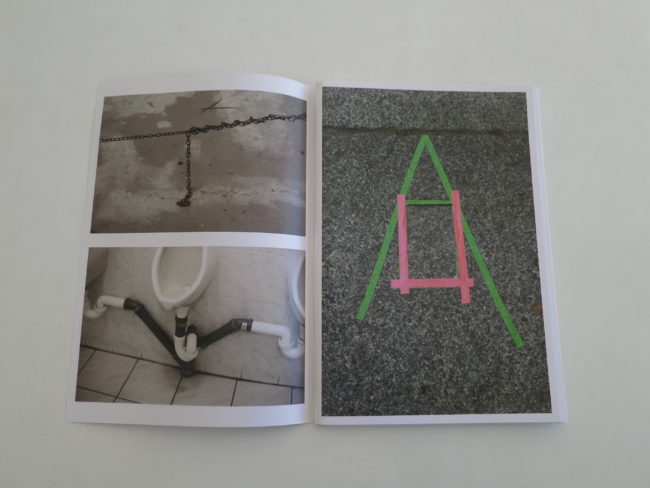 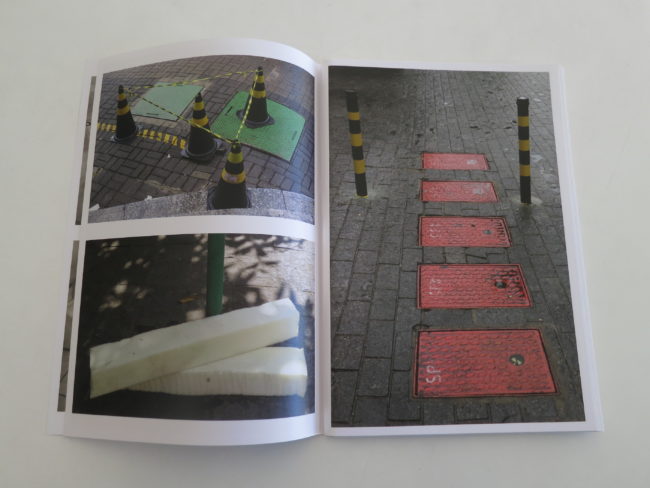 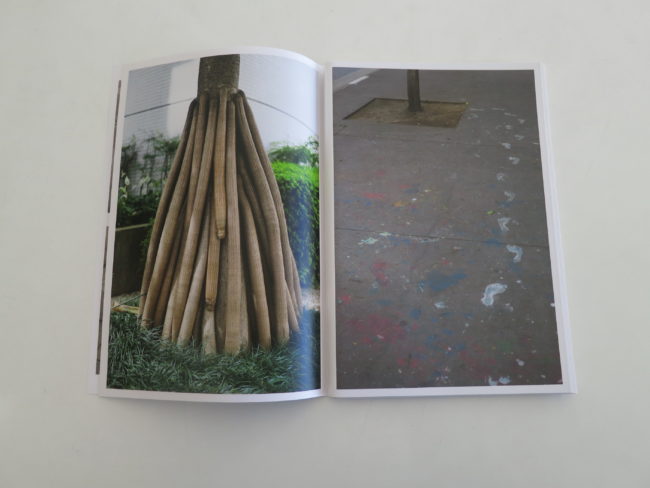 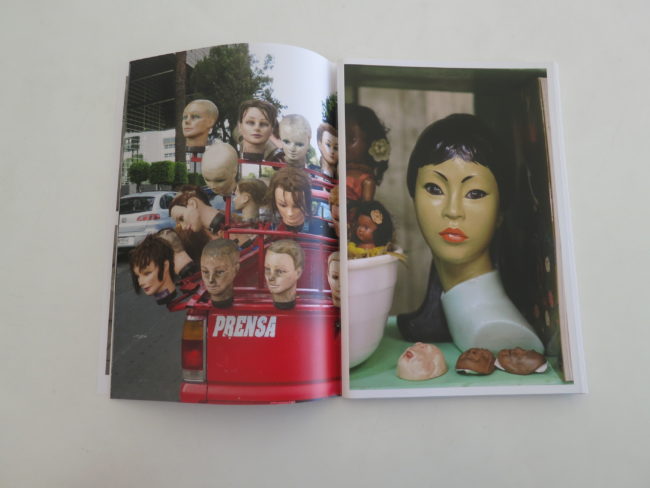 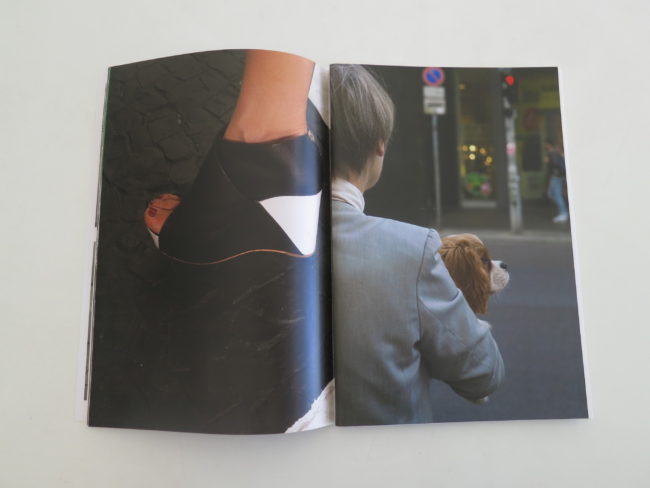 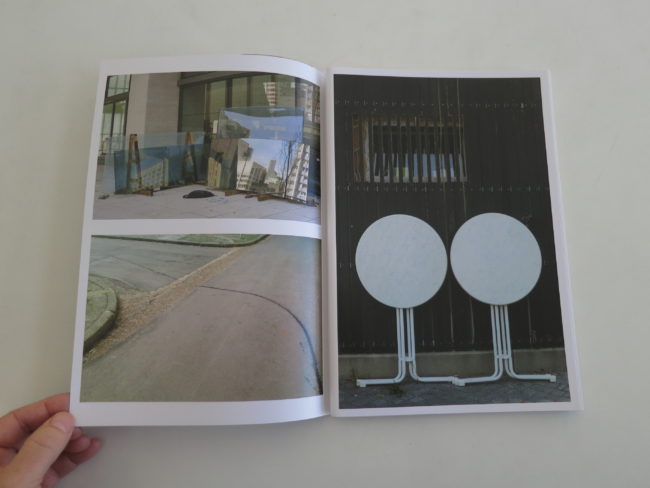 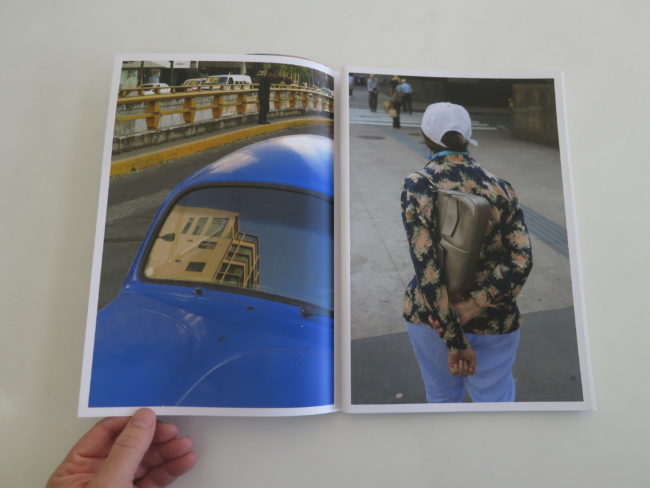 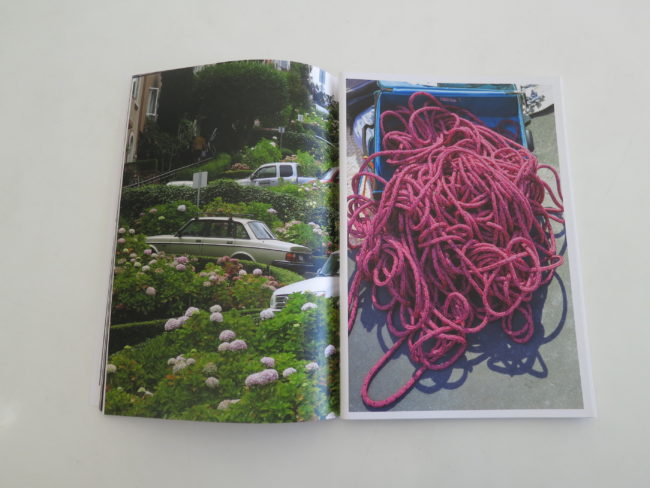 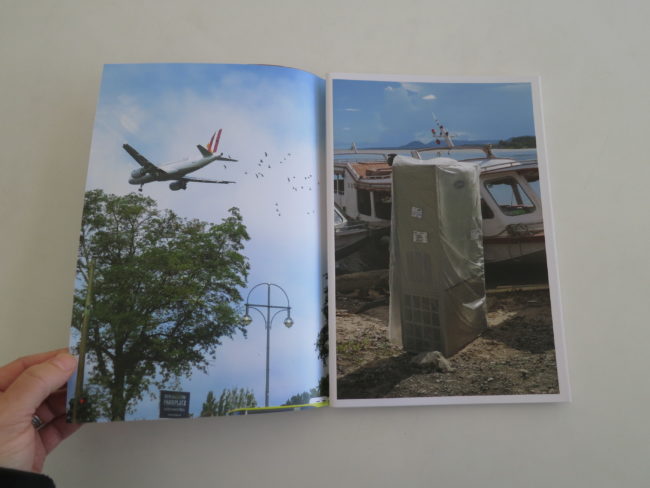 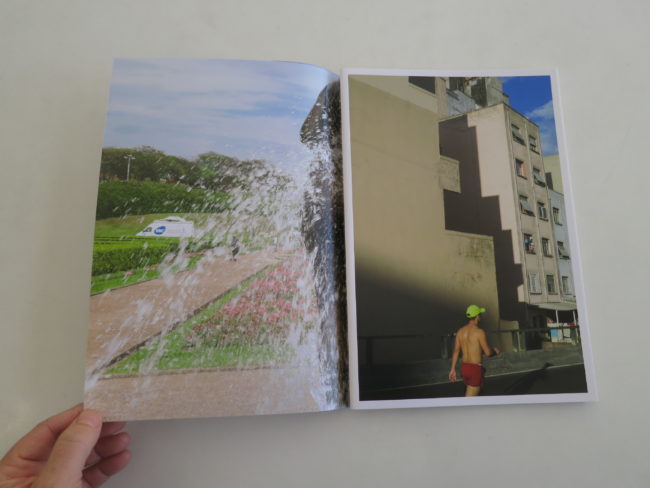 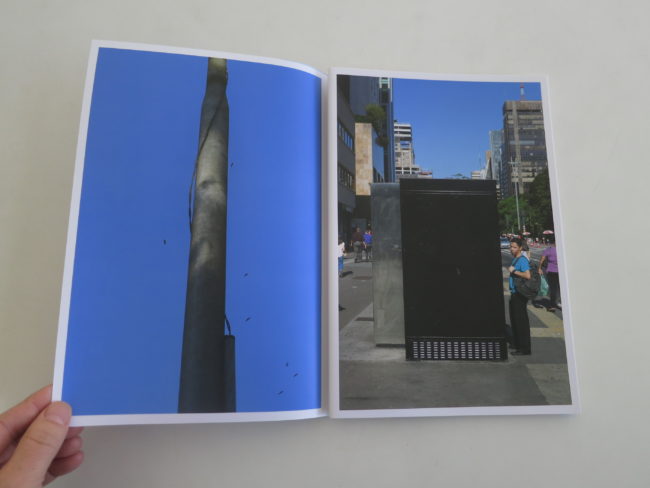 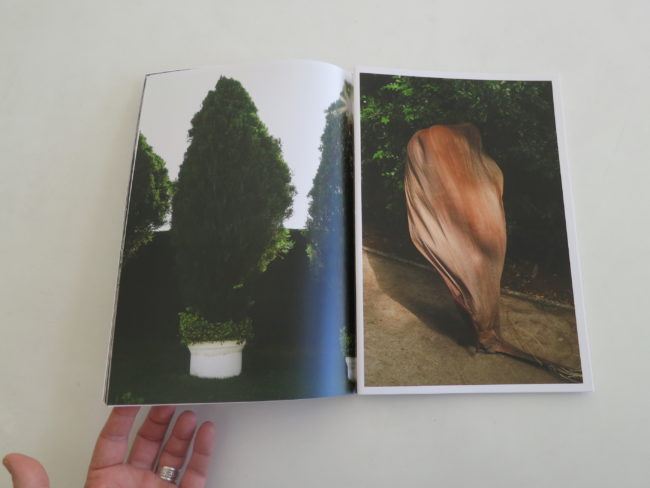 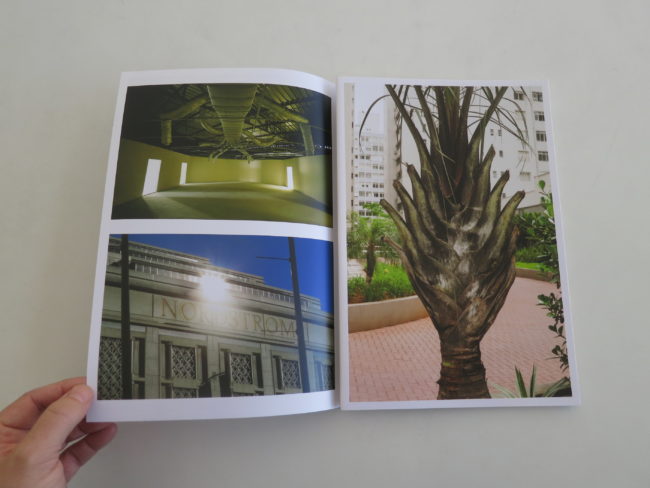 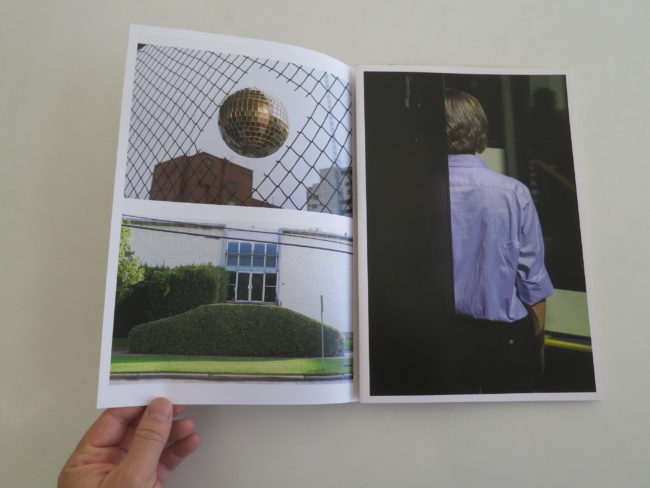 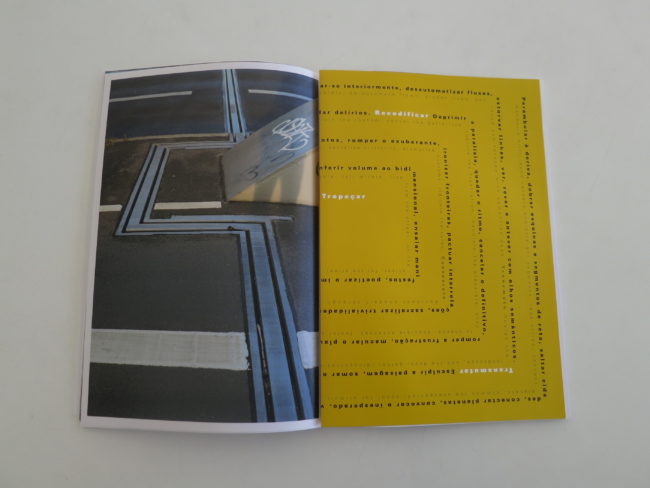 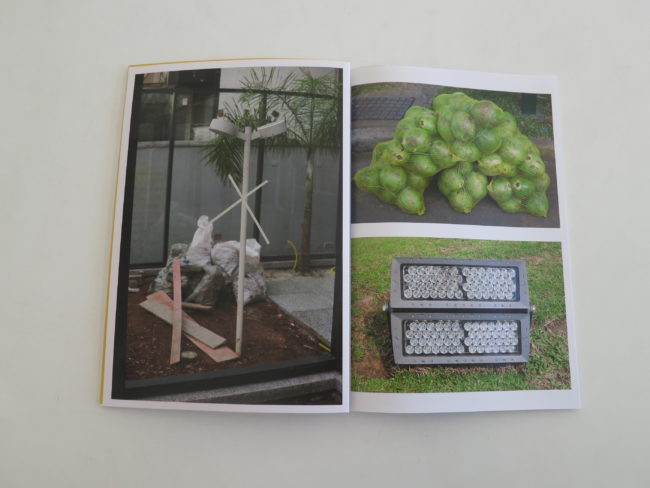 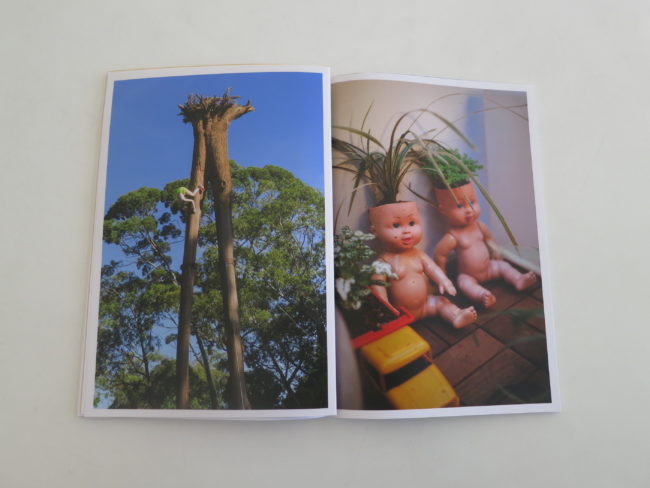 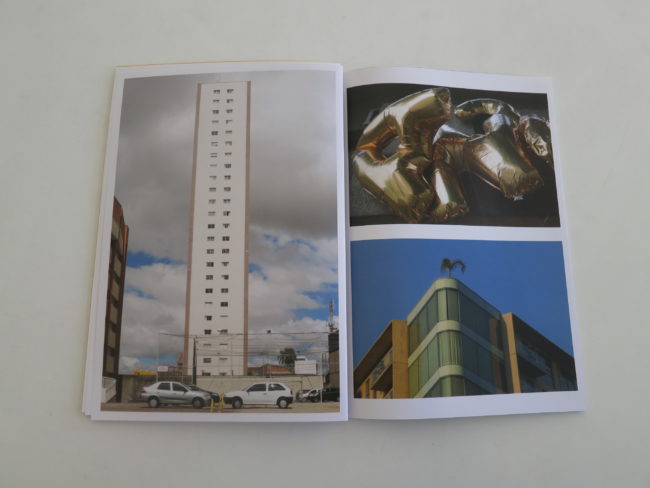 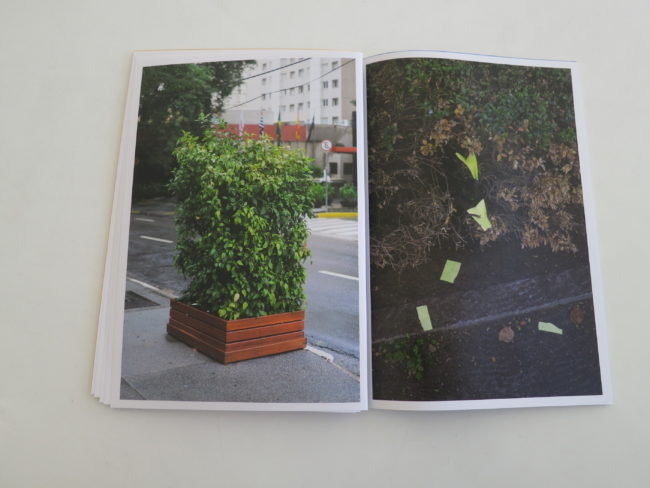 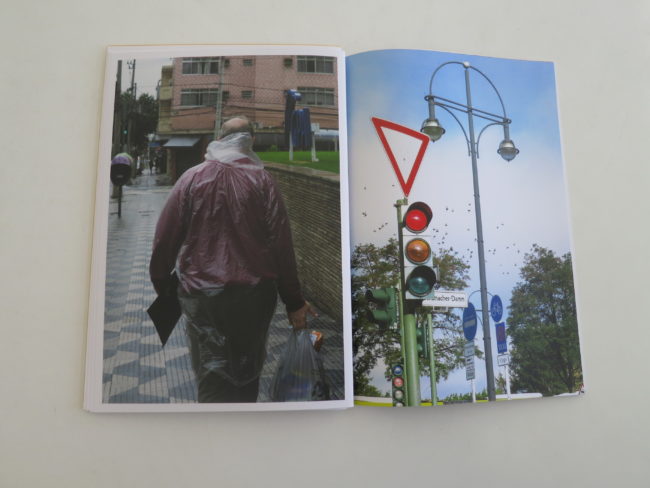 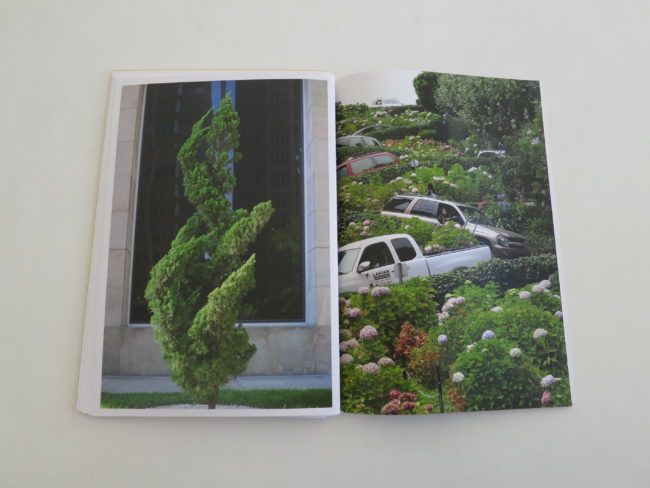 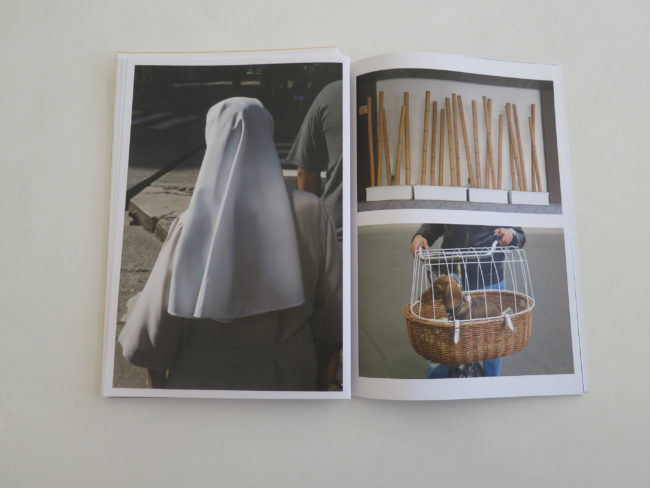 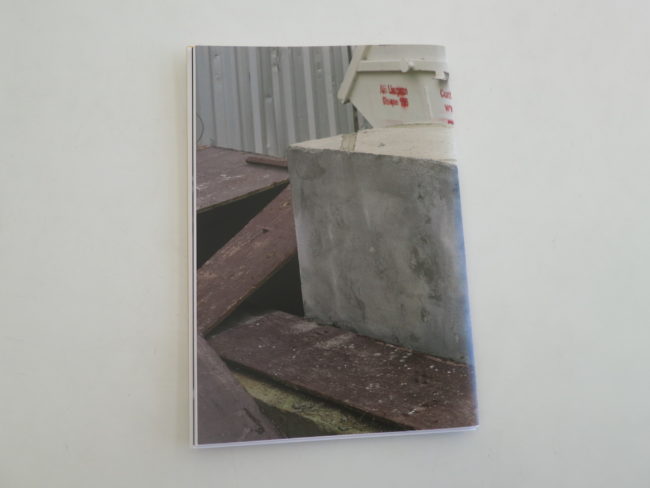