It was midnight on March 3, 2017, and Jonathan Beller decided it was time to go out.  This time, he wasn’t going out into the cold Providence night, to the local punk rock club or one of neighborhood hipster bars. It was time to go the hospital.

He put on a vintage t-shirt and then he rested. He got up, put on pajama bottoms, and then he laid down again. Get dressed, rest, and repeat.  A task that would have taken a couple of minutes had taken him three hours to complete.

At 3 AM, he called an Uber and waited.  He sat with the excruciating pain and the extreme fatigue and looked at how bony his hands had become, and wondered for the thousandth time what the fuck was wrong with him.

The ten-minute Uber trip to the hospital in the middle of the night turned into a month-long stay.  The first few days were filled with tests and acronyms: two MRIs, a CT scan, EKGs, an X-Ray, and PIC IV.

After the tests, the doctor told him what the fuck was wrong with him: sepsis and diabetes that had gone untreated for years.  “You were on death’s door when you got here. All of your organs were shutting down. A forty-five year old man of your height should weigh about 150 lbs. You came in weighing 109. You’re very lucky.”

This is a great way to celebrate just turning 45, he thought as he listened to his doctor and the beeping of his machine, and stared at the IV bag above his head.

Jonathan and I had dated for nine months in 2014 and 2015. I was always concerned about his health – he was losing weight and sleeping excessively. I only recall a couple of days together when he didn’t drink excessively. I told him a number of times to go to the doctor, but he always told me not to worry about him.

Of course, I still worried.

I knew deep down that he would end up in the hospital. I spoke to him from experience. I had had my own mortality up in arms when I was 25 with a cancer scare. I knew what I was talking about.

When I saw the first photo Jonathan had taken at the hospital, his arm mangled by syringes, it was my worries manifested. The series that Jonathan created during his month-long stay in the hospital illustrates the black and white tedium of the hospital, filled with bad TV marathons and fluorescent lighting. The waiting as time slowly ticks by. But it also illustrates someone who was on the edge of life and death, and is now reaching towards life. 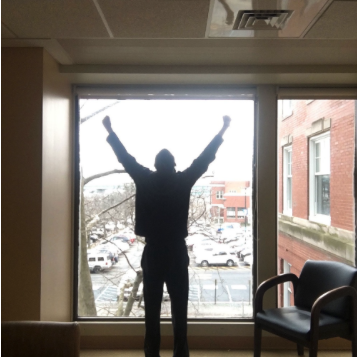 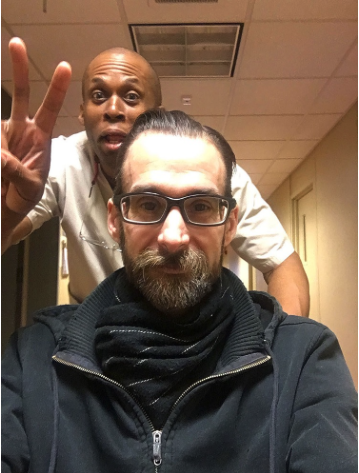 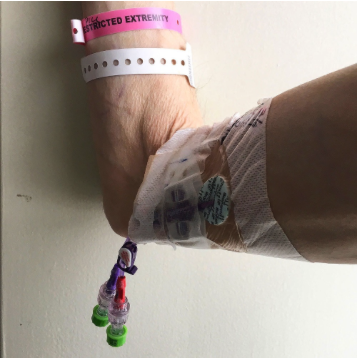 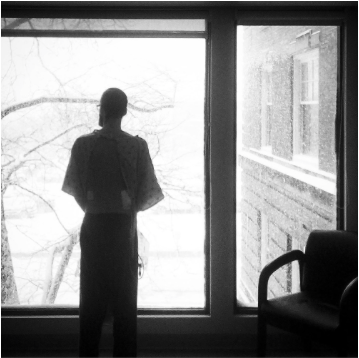 The Best Work I Saw at Photo NOLA: Part 2