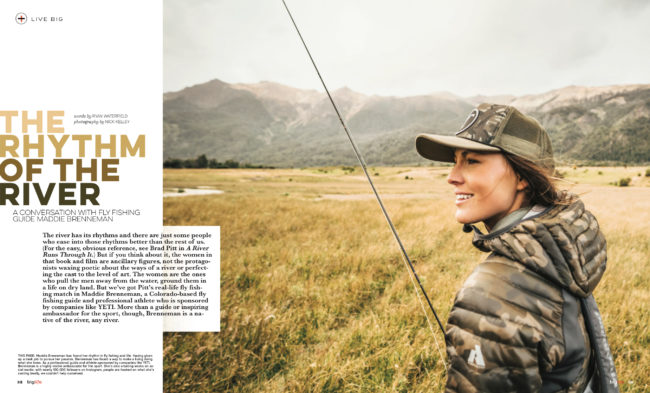 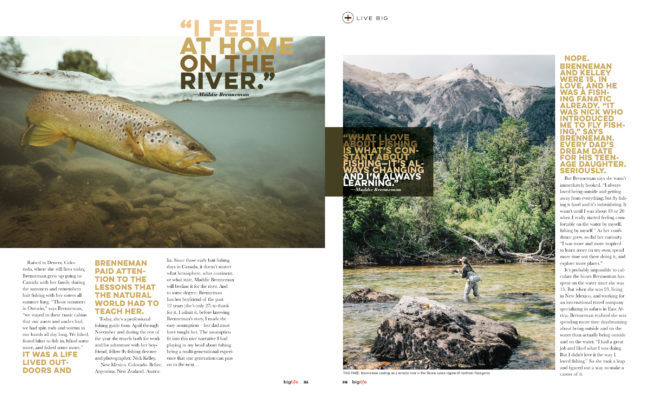 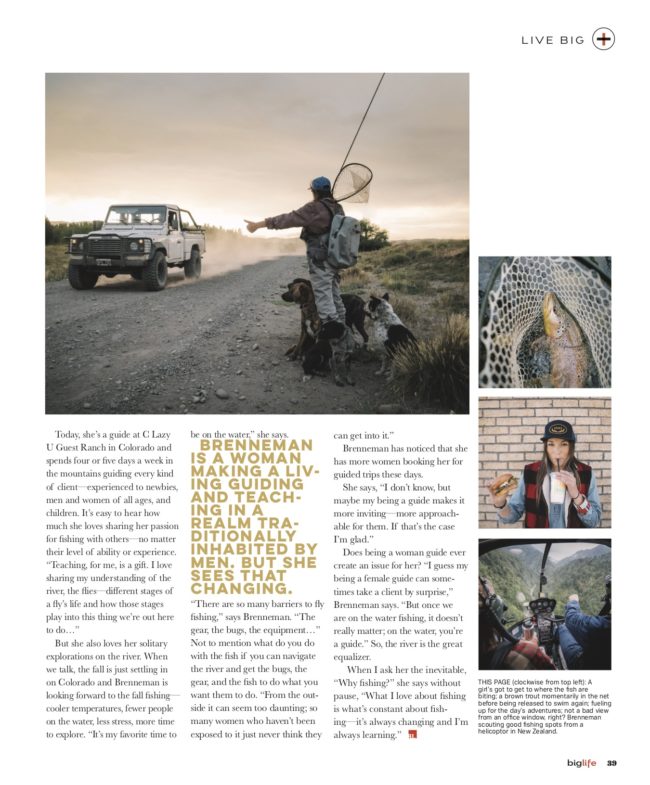 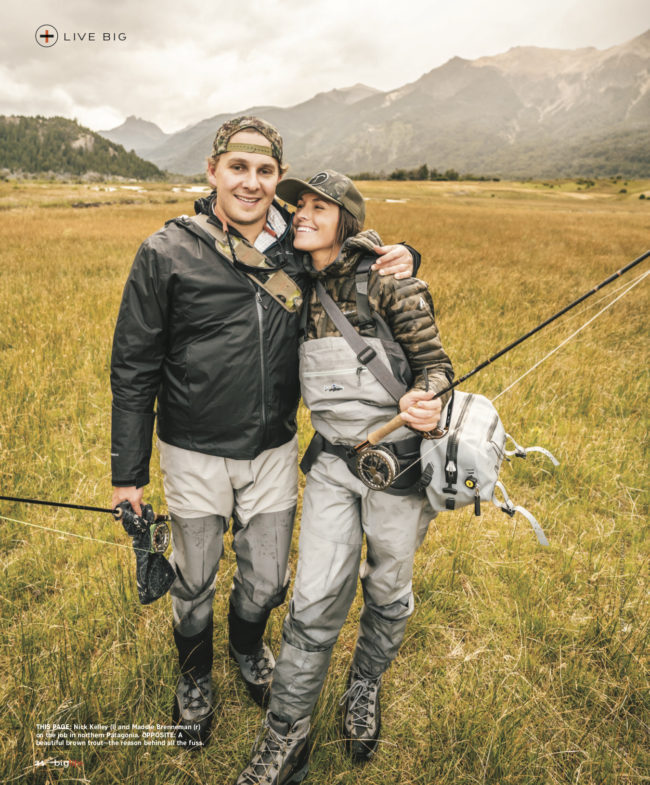 Heidi: How did the story come about since it was a collection of stock images?
Nick: Big Life, a magazine based in Sun Valley, Idaho, reached out as they were hoping to do a feature on my longtime girlfriend, Maddie Brenneman, who is a fly fishing guide in Colorado. As a photographer, and after 12 years together, I have quite a large archive of Maddie images. I’ve shot her for some commercial projects over the years but I’m also always taking pictures during our travels, which are more often than not focused on fishing.

As opposed to doing a concentrated, one-time shoot, I think Ryan Waterfield (Editor) and Britt Johnson (Creative Director) of Big Life liked the idea of having images of Maddie from all over the world—especially since the photos already existed.

Did you submit a wide edit to the magazine or did you pitch this as a package?
The creative director, Britt, had actually flagged a few images from Maddie’s instagram and my website that she was interested in running and we went back and forth a bit from there. In the end, I think we were working from a selection of about 20 images that they made their final selection from.

Are you always shooting stock with these projects in mind?
When I’m shooting outdoor activities, I certainly make an effort to shoot with brands and future usage in mind. Outdoor brands seem to always be looking for imagery of their latest gear in the field and they often want several options, angles, and setups based on where and when the images are being used. Maddie also has a handful of sponsors through her large following on Instagram and work as a guide, so I know some of those companies are always looking for images of her using their gear.

Was this all done during one trip with your girlfriend?
No, the images that made the final cut were a mixture of images from Argentina, Colorado, and New Zealand.

The Art of the Personal Project: Raphael Olivier