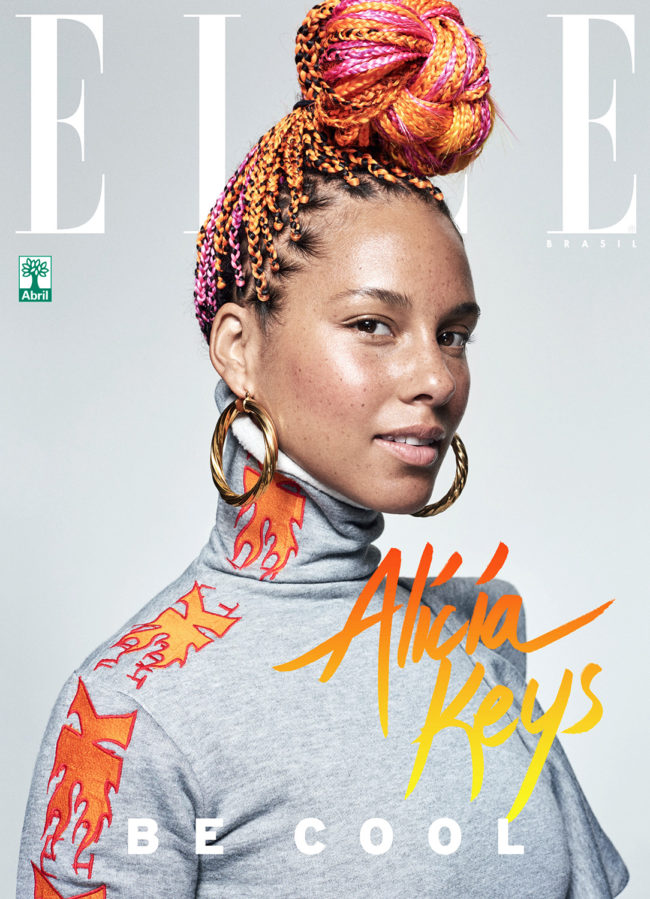 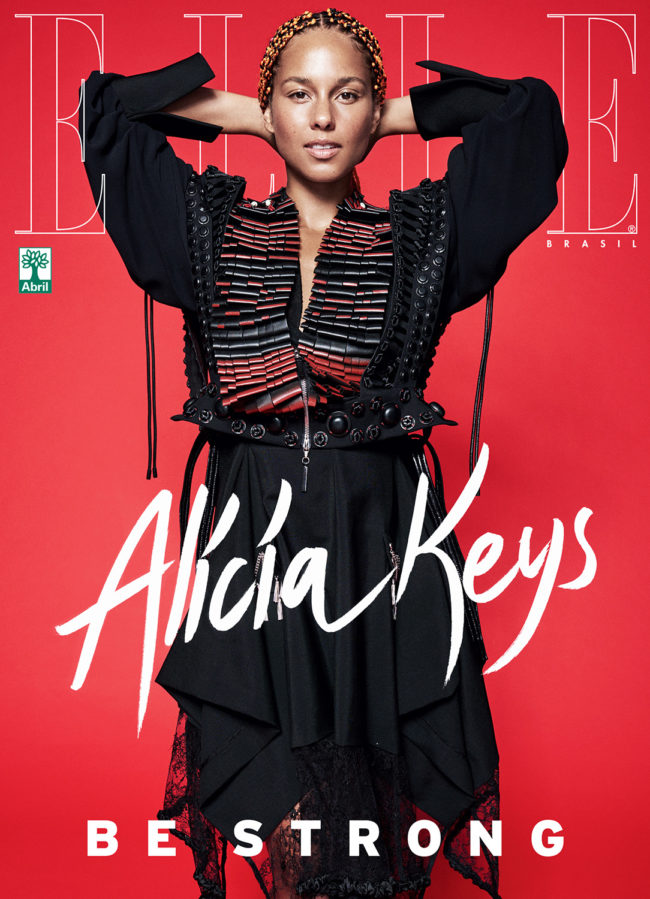 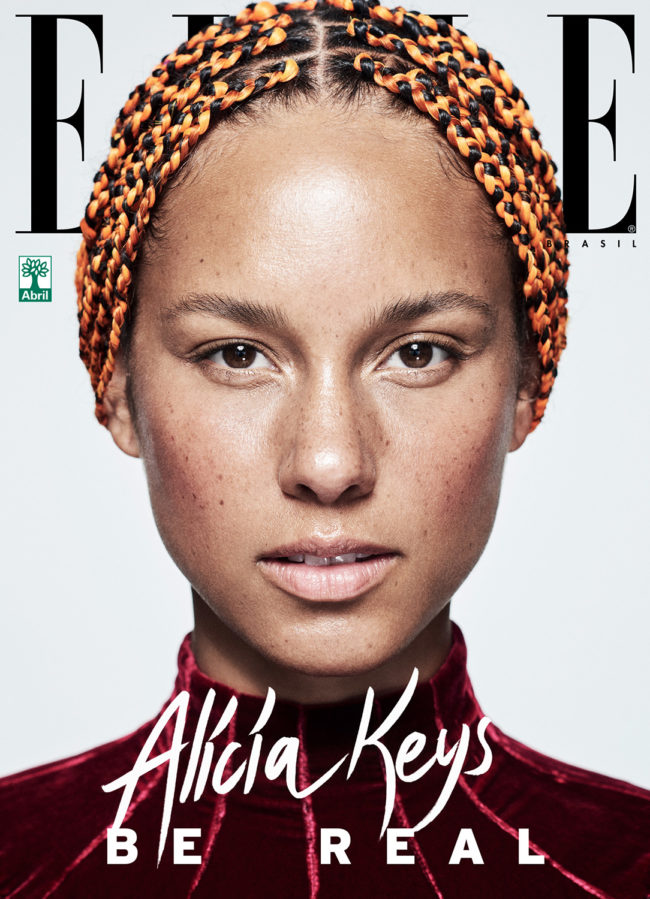 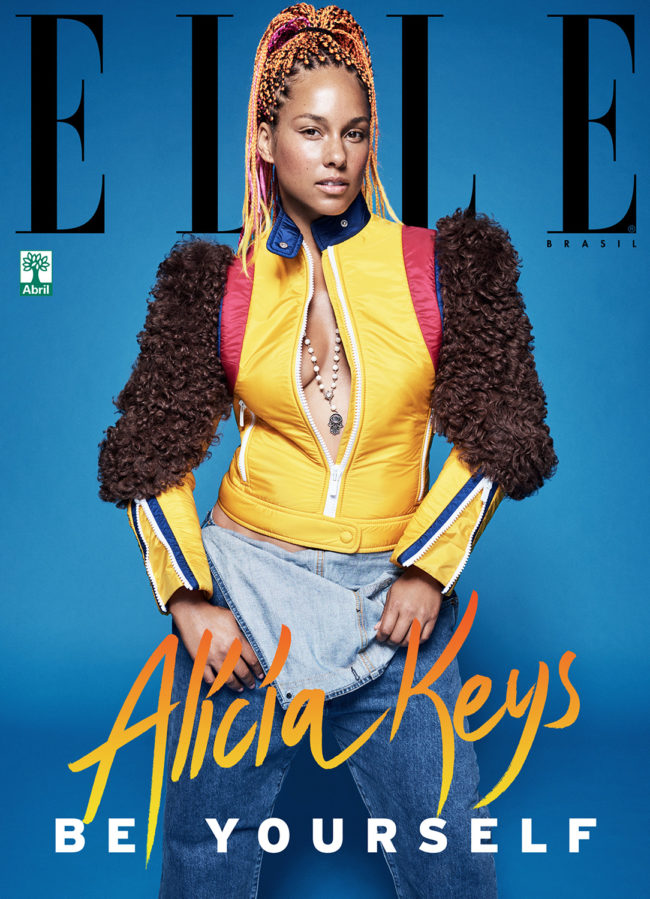 Did you shoot this in Sao Paulo?
We shot the series in Milk in New York; unfortunately, I’ve never been to Brazil. Alicia’s been touring in Sao Paulo recently.

Each of the covers express a single statement. How did you direct Alicia for each image?
Alicia is incredibly relaxed in front of the camera, it’s very easy to work with her. She uses her energies positively, and carefully follows our inputs/ideas. I’ve met only a few givers like her throughout my career. I took crops and attitudes of her in each outfit, so we decided about the pictures matching the right slogan later in the stage of editing.

For the “Be Real” cover did you know ahead of time you wanted that to be a strong portrait or was it simply edited this way?
I love the simple but suggestive type of portraits where personality and her eyes play the main role. Alicia is not only a great performer but is an excellent team player as well. She continuously brings different moods and characters; to be honest, I shared only a few thoughts with her at the beginning, and later I just followed her. The spirit of portrait photography for me is the conscious use of human emotions and our energies on set. There are only a few things offering such joy to an artist as a series resulting from a successful cooperation. 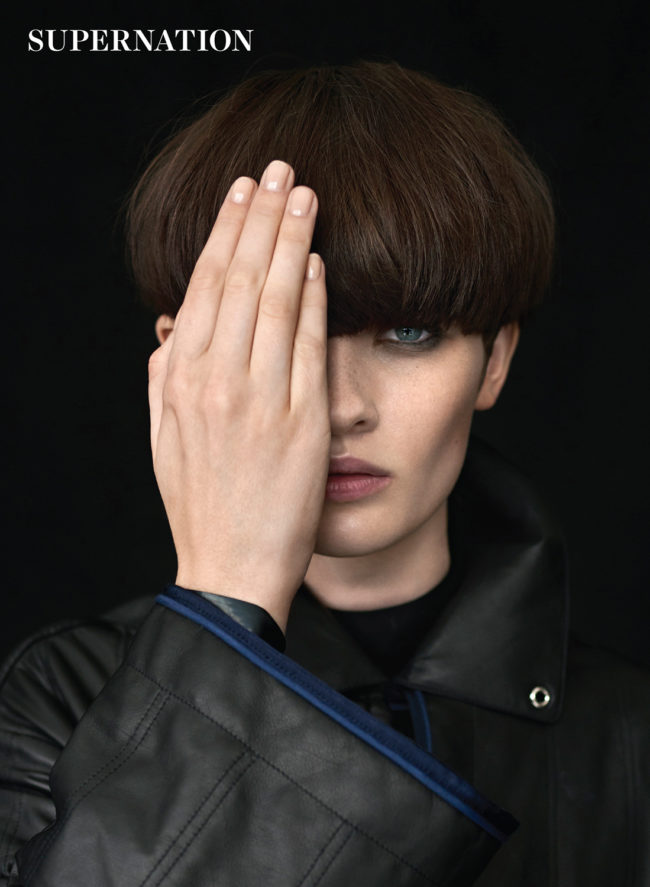 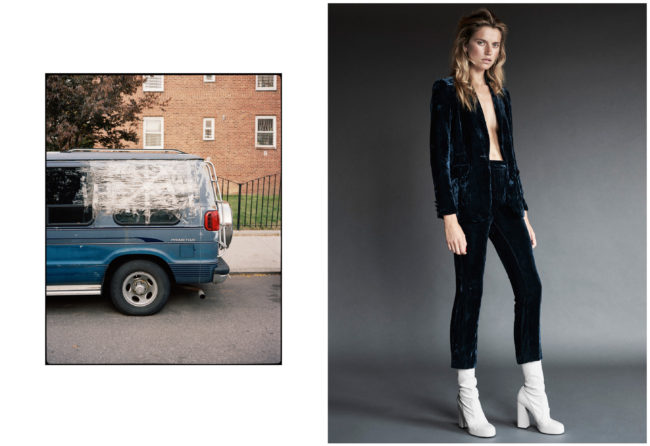 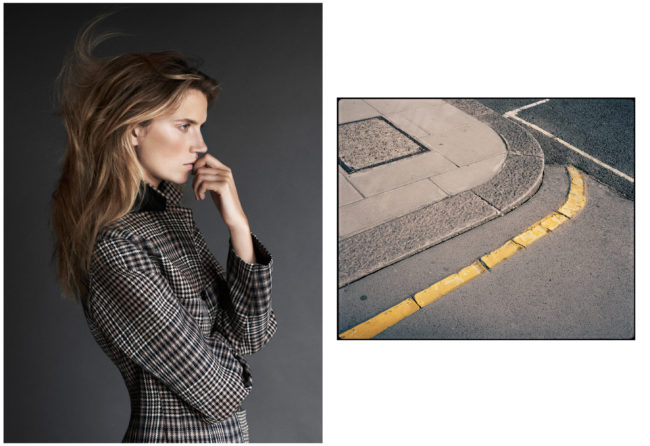 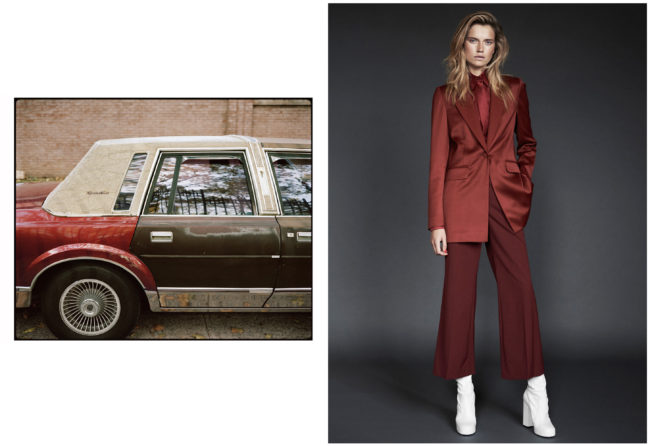 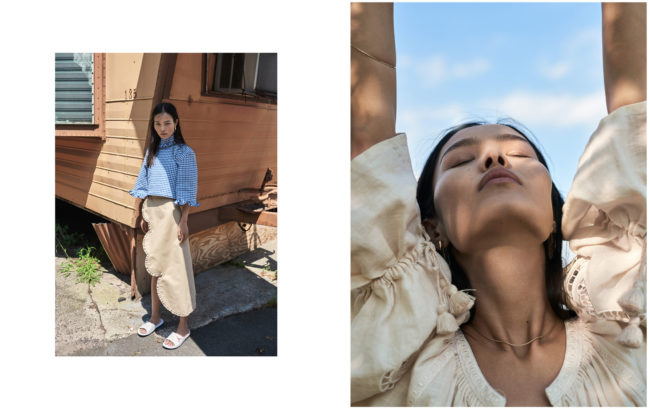 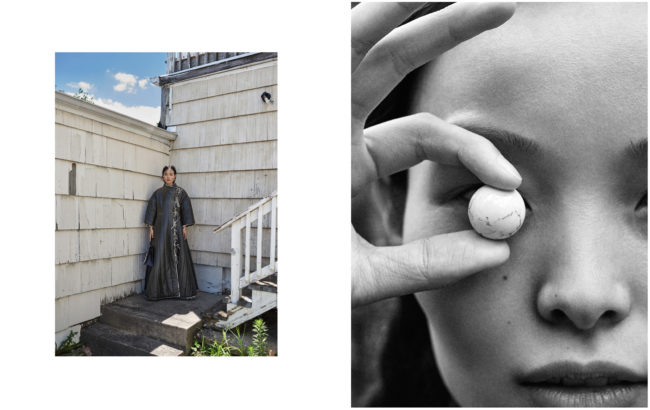 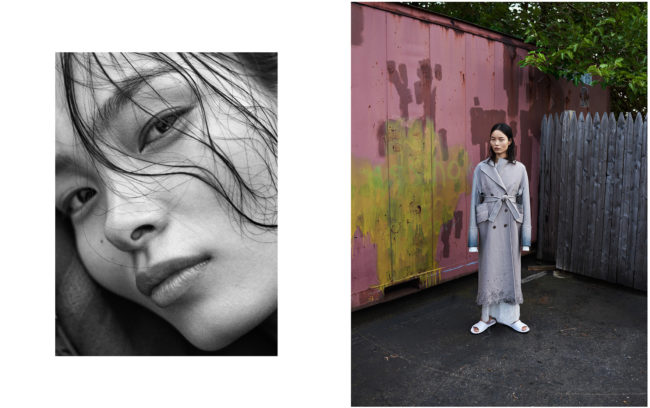 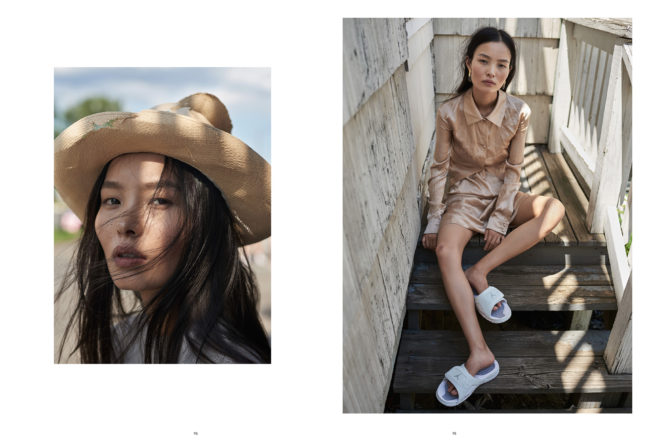 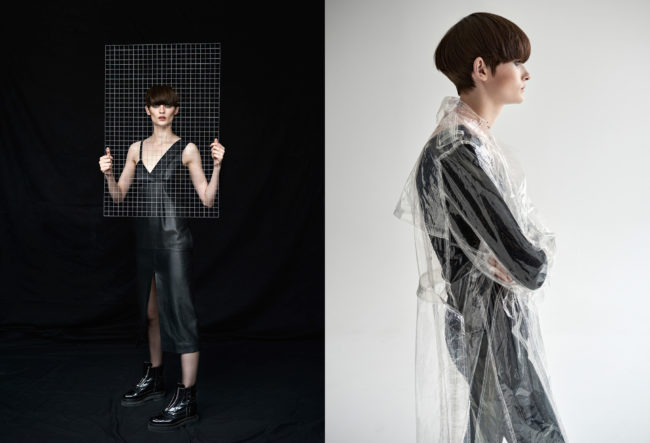 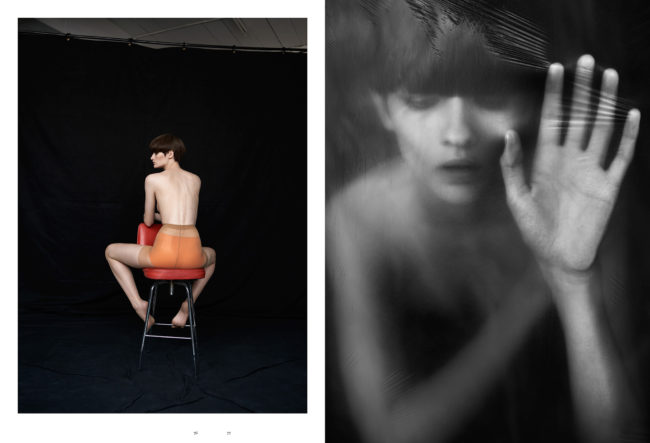 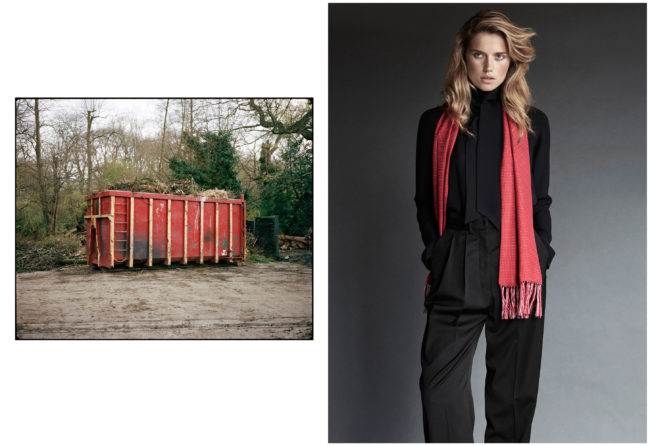 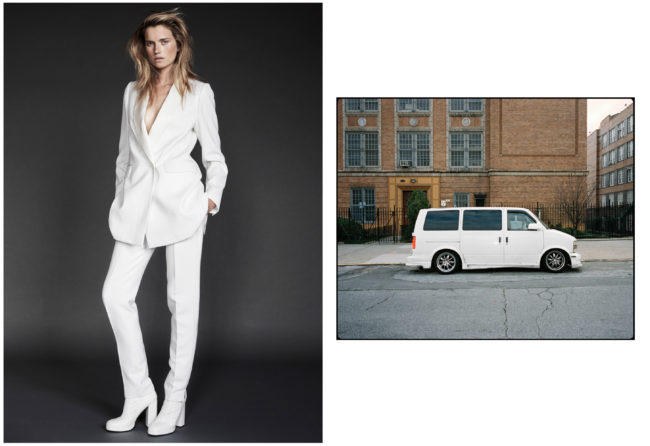 How did Supernation cause you to grow creatively?
Supernation is an annual periodical in which I collect and show my personal work on fashion, still life and urban landscape photographs in a bookazine format. To have my own “magazine” was an old dream of mine because I had been looking for the opportunity to work in an environment free of compromises resulting in a high quality print. The third issue is out in October including 2 new series.

Does each issue have a general theme?
There’s no specific thematic message of the issues, they rather tell stories in the light of the current trends. I dedicated the first issue to top model Vanessa Axente; my initial plan was to choose a girl every year of who I make a longer series. During the preparation of the second issue I got a new idea and I felt that it would be more exciting to work on several other series as well because this way I can convey a more complex message besides the diverse content. In the issue mentioned above we made four series, a casting-style one with Cato van Ee to which I matched the urban landscape photos; a pirate world-inspired set in a port on the Themes with Giedre Dukauskaite; the third sequence is about graphic forms to which the magical and brutal style of the Barbican Center served as the perfect location, and the fourth is a still life series of a woman’s hands that finally manifested in a 128-page issue. The third bookazine is out in the up-coming days containing two longer narratives of models Lara Mullen and Ling Liu and tells a story about the opposites of light and darkness.

Is it difficult to edit your own work for the magazine?
Editing your own book is a much more complex task than working independently for a magazine. The content, both in meaning and visuality should work coherently as a whole and it requires constant attention from the phase of brainstorming till the end of editing because I work with an organically developing and constantly changing material. The decisions made on the length, the layout and the sequence of a series are essential. It’s exciting to observe my work from a different angle, discussing and interpreting them with artist friends; all these help me to better understand my art and in light of this, myself.

I love sequencing, for this particular series, which came first? the fashion or the still?
The idea of the Cato series was to complete the casting photos of this rather clumsy, beginner model with street shots near her suburban home that tells a more complete story while drawing a more accurate portrait of the character. I made the urban landscape photos during my long walks in New York and London and during my trips, so this way I could choose the perfect pair from an existing archive.

You have an incredible range in your photography, fashion, still life and urban landscape. How does one genre influence the other?
In case of fashion commissions we work according to a precisely planned script, we make decisions together with my colleagues before the shoot and the realization itself happens almost by itself, while in case of street shots I work alone in a less controlled environment where spontaneity and my hunches play the main role. The magic lies right in the difference between the two tasks; in the first one I play from notes, while in the latter one I improvise. I need both and I enjoy them equally, but I can’t describe it precisely how one influences the other. Maybe it’s like speaking a second language.

When you are creating your urban landscapes are they all composed in camera?
My street photos are taken on film with a 35mm or medium format camera, and I always aim at processing the given subject from one or two stills. There are lot of unexpected moments in a street environment when there’s only a very short time left for composing, so sometimes I crop these pictures during editing but I always use my landscape photos in full-frame.

Do you sketch your ideas, have a journal?
Yes, I have a big notebook in which I collect my ideas and I also take notes in my phone while travelling, but I don’t draw.

If you were going to start all over, what would you tell your younger self?
The time is now.

How have the 6 years in New York have influenced your photos?
We have been living in New York with my wife for six years and I have changed a lot due to the new environment, and in light of this, so have my photographs. This city is quite a rough and cold place, it is rather about career and money than anything else, and as a European it was very hard to get used to it; maybe I still haven’t managed to. At the same time, however, it is for this loneliness and initial unsuccessful period that made me start taking more and more photos for myself instead of working only on commissions. Besides, I have gained a lot of new experiences in working with a big crew, and slowly I’ve managed to make myself better understood in a corporate world. New York has so much extremes that you can hate and love at the same time; it’s noisy, crowded, yet it’s the most motivating and inspiring place I’ve ever been to; if I leave it, I start missing it in a week. It’s hard to imagine to get old in this city, but the chances are high that it will remain the base for a while because at the moment I can’t think of anything better….