As I sit here, on my Ikea leather couch, there’s a grizzled-old-white-dude staring at me from the cover of a photo book.

I can’t tell you which book yet, as that would break the implicit rule of this column.

You know, I talk about other stuff first, and then review a photobook later on.

So obviously, I’m trying to stay away from naming the book just yet, but this guy’s creeping me out, drawing my attention away from the computer screen.

Since I wrote my column addressing the various wrongs that men have committed towards women, the monster-slug Harvey Weinstein among them, things have only gotten more out-of-control.

Kevin Spacey, who so believably played a sociopath on the excellent, if soapy, “House of Cards,” has been outed as a serial molester, and peodophile. He’s so toxic, that today it was announced that Ridley Scott would re-shoot EVERY scene featuring Spacey, in a movie that was already complete, and still try to release the thing in 6 weeks.

Countless executives have gone down, at magazines, radio and TV stations, and film studios. And the most bizarre story of them all, which I read today in a reputable publication, is that Charlie Sheen reputedly statutory raped Corey Haim, on the set of “Lucas,” for god’s sake, when they were 19 and 13 respectively.

What the fuck is going on here, people?

Nasty men crave power because it lets them do what they want. If you want to hurt people, if you’re a “bad guy,” the only way to get away with doing what you want, if you’re smart about it, is to make sure your victims don’t talk.

Some monsters kill their prey, to make sure they stay quiet. Others use intimidation, in the form of leverage: over a person’s family, career, or bodily safety.

People like Weinstein and Kevin Spacey, (and now Louis CK,) made themselves successful, I’d venture, so that they could utilize their stations to enact their sick fantasies, but not have to go to jail for it. (A benefit of their talent and intelligence.)

Only now, with every story having at least the POTENTIAL to go viral, it’s not so easy to hide as it was before the ubiquity of social media.

Oh, and one more reason: these guys are also proxies for President Trump. (It pains me to write those two words in succession.)

People are lashing out, and bringing down all these sexual abusers, because so far, our Commander-in-chief has not only gotten away scott-free with his crimes, but seems to have prospered.

And since nobody can touch him, this cascade of takedowns has to suffice.

But lately, we’ve only been talking about the horrible men.
We’re not all like that.

Surely you know this.

Among men, there are millions and millions of kind, open-hearted, helpful people. Brave souls and hard workers. Adventurers and heroes.

And some of use, (myself not included,) are of a hardcore variety that requires death and gravity be defied. That notions of what’s possible get strained, then broken.

Here I’m thinking about the men, and thankfully women, (though only a couple) that I just looked at when I perused “The Climbers,” a new book by Jim Herrington, published by Mountaineers Books.

Now that we’ve made it, (congratulations, it was a wild ride today,) I can tell you that the grimacing guy on the cover is none other than Bradford Washburn, a climbing legend who apparently has a titular museum in Colorado.

He passed away in 2007, I learned, when I flipped through the handy alphabetical-bio-guide that gives us a little info on each subject.

Jim Herringon, it turns out, is a climber as well as a photographer, and what became the book was at first a long-term project to meet and shoot the legends of the golden age of climbing, from the 1920’s through the 70’s.

The time when the biggest mountains on Earth, including the world’s fourteen 8000 meter peaks, were in play for the first time. Who would get to claim the initial ascent?

How did these people get by on such primitive equipment? (Relative to now, of course.) And what kind of person would be strong and crazy enough to physically lift themselves, by the strength of their own muscles, bit by bit up sheer rock, or ice, until they reach the top?

Now, to address my intro, there’s no way to know if all these subjects were “good guys,” so to speak. Some of them might well have been dicks. (And judging from Mr. Herrington’s well-written preface, Warren Harding probably would have been on that list.)

But what they all share, or shared, as people was a compendium of admirable characteristics: Strength. Determination. Bravery. Endurance. Perseverance.

You get my point.

The book gives enough info at the beginning to set you up to understand the people in the plates thereafter. I liked the foreward and Herrington’s preface, and was all set to read the essay, but at 40 large pages, it proved too daunting for me today.

I liked the pictures too, beyond the fact that they were showing us a subculture I barely knew existed. But I found them uneven, as some of the more environmental portraits felt a little loose, and regular, while many of the sharper, tighter portraits conveyed real emotion in the subjects’ eyes, and showed more craft.

I mentioned the cover photo of Mr. Washburn, but there were many more, like Sonia Livanos, who apparently explored the Dolomites in the 50’s and 60’s, or Mark Powell, who made the first ascent of totem pole in Monument Valley.

(Again, I really like that it’s so easy to toggle between the photo and the alphabetical-photo-bio in the back, as I just did it to find more info about the portraits I liked.)

Jeff Lowe, who was photographed in Johnston, Colorado, was depicted in 2016 with an oxygen tube. It’s a sad, textured image, with terrific light, and definitely shows off that elevated aesthetic.

(Turns to Bio section.) Apparently, he’s a climbing legend and festival builder who got the sport into the Winter X games.

I wonder why he’s so sad?
Is he too sick to climb?

Maybe I should skim that super-long essay to find out if there are more details about him, and the picture?

Regardless, this is a smart, well-made book filled with interesting photographs about fascinating people. That is a good recipe to get your book reviewed.

But as it’s a book by a man, made predominately about men, I did have one last thing to say. Our recent outreach effort to get more submissions from female photographers seems to have paid off, as I got a bunch of great books in the mail of late.

Going forward, we’ll be able to have a better balance, so thanks to all of you who helped spread the word. 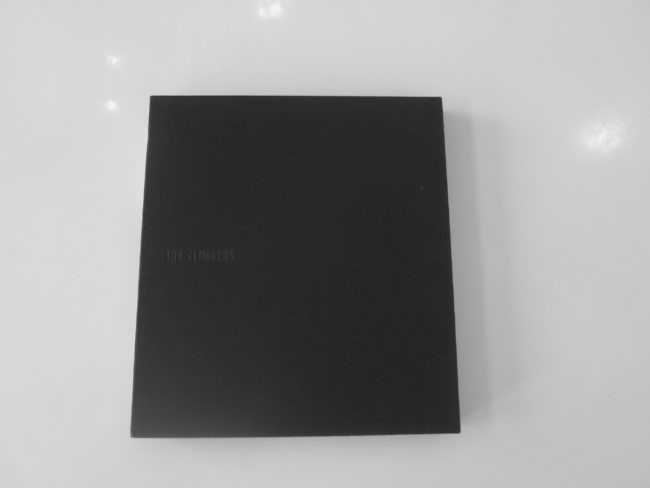 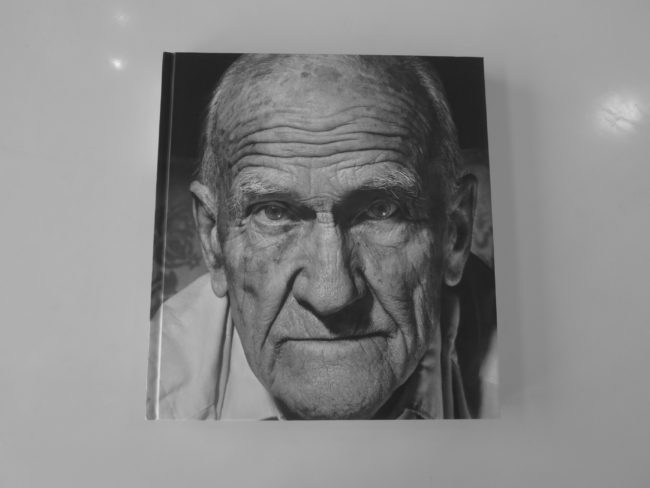 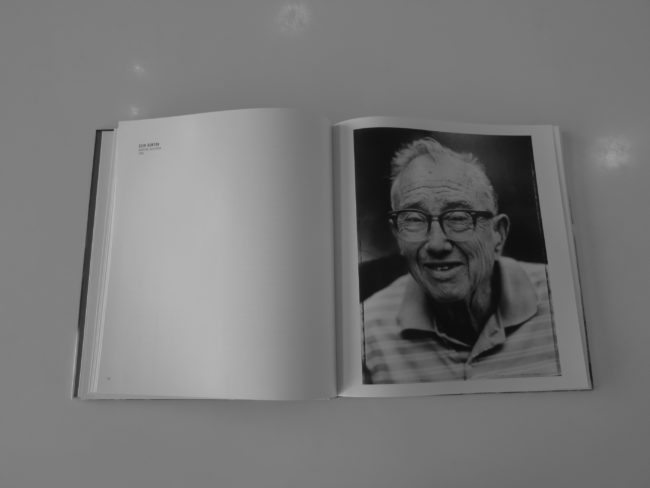 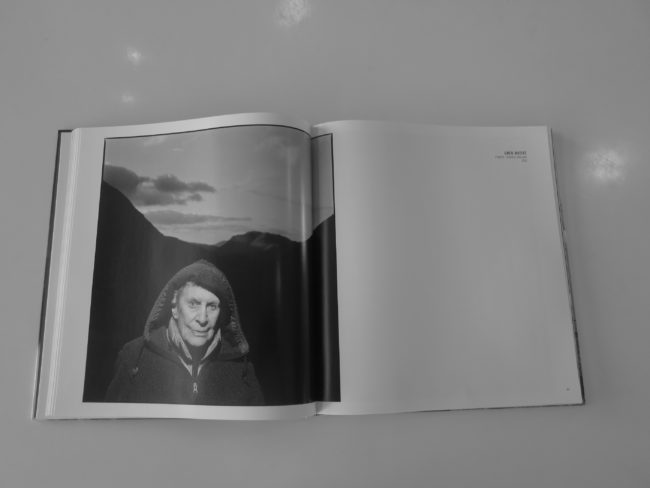 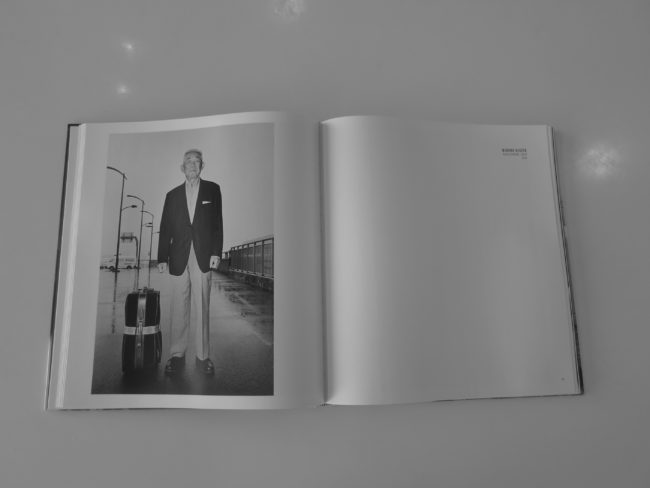 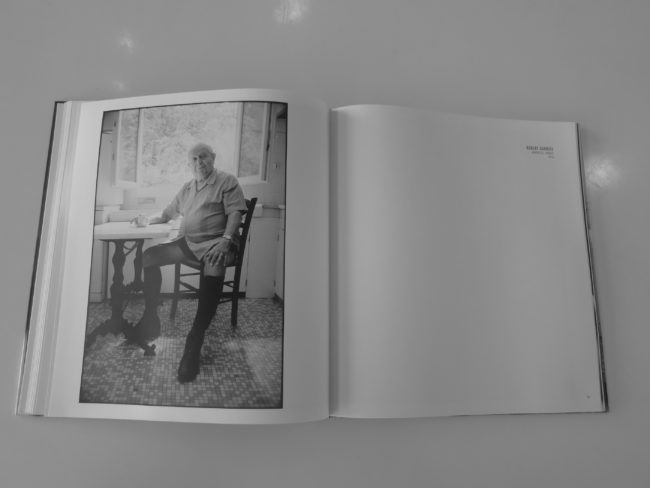 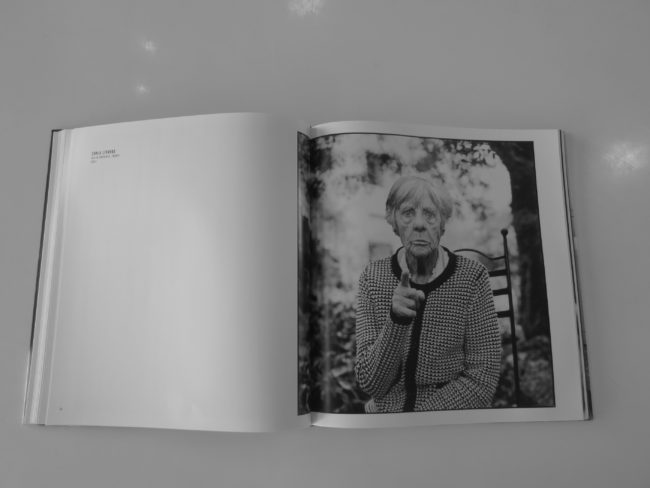 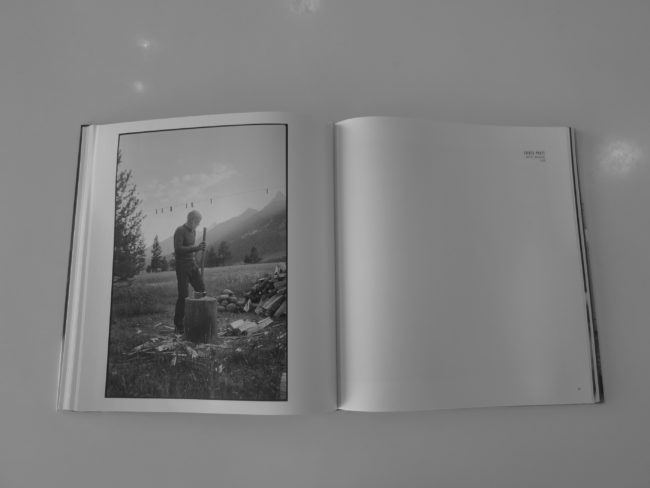 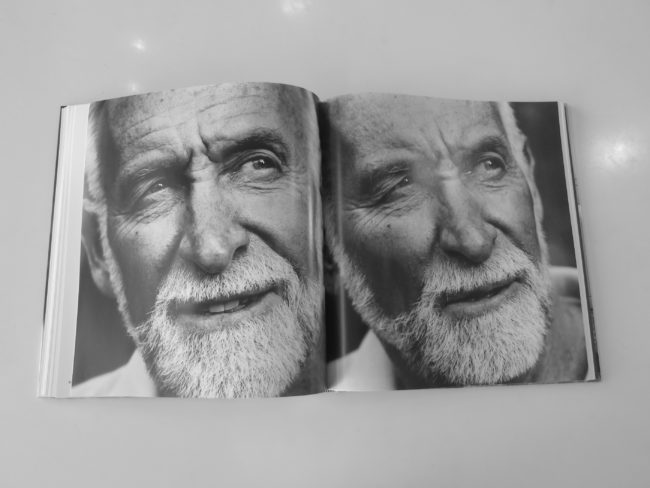 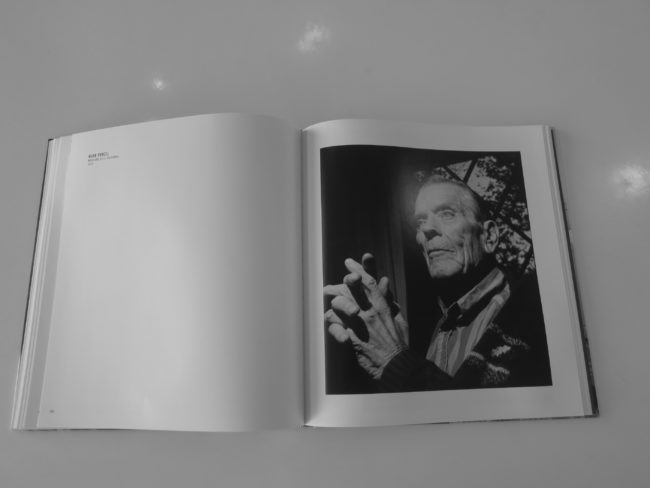 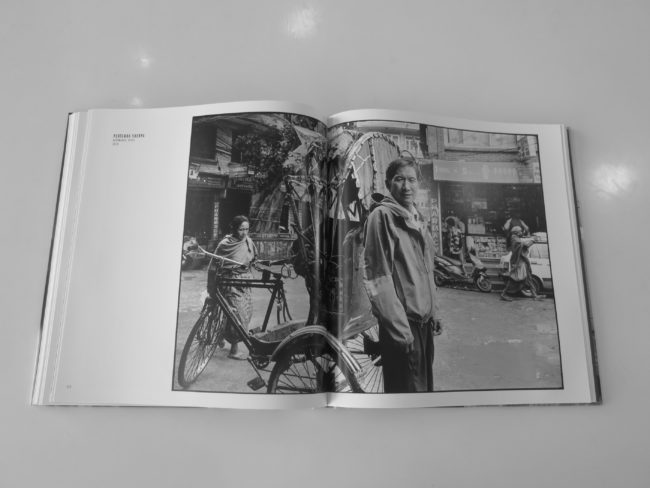 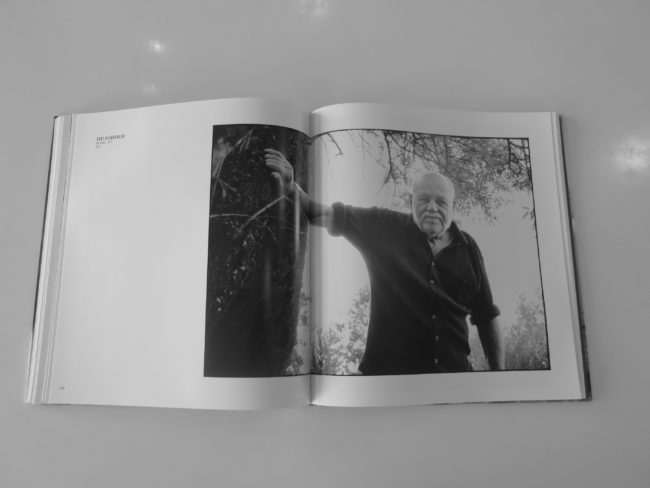 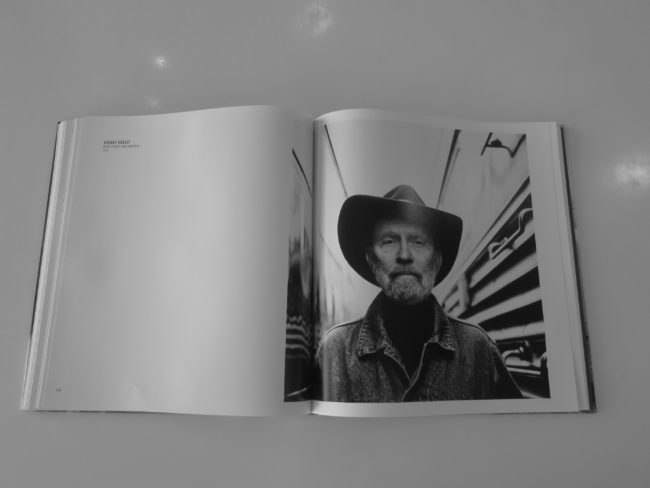 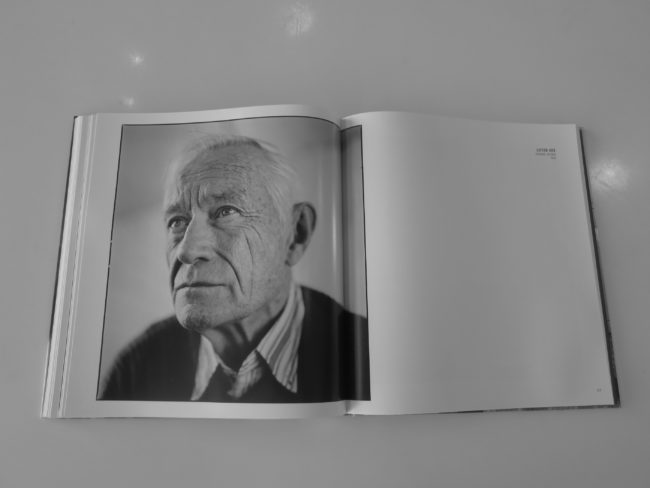 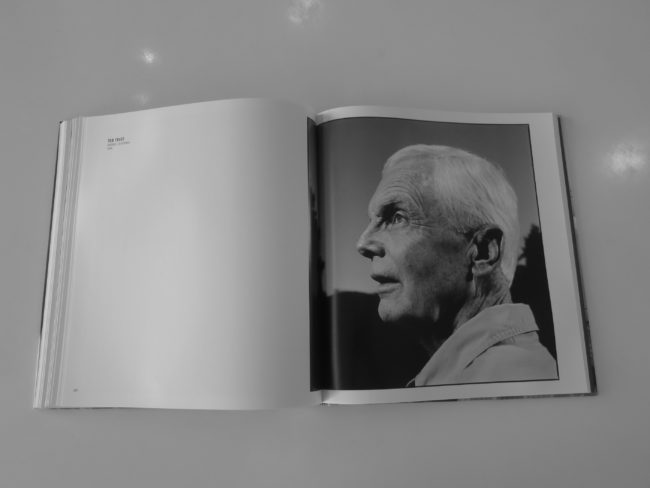 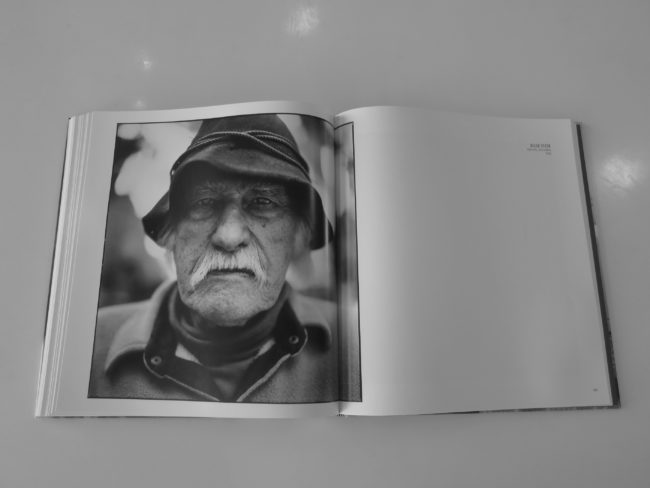 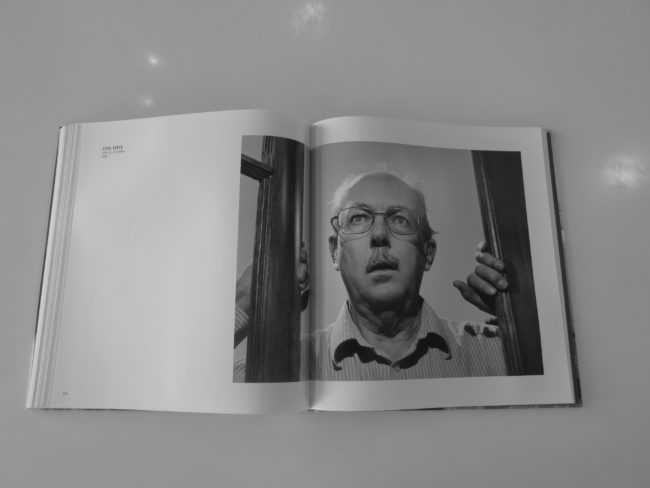 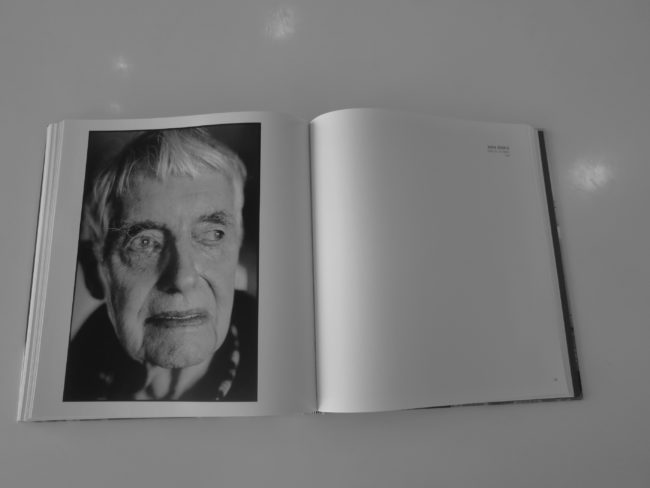 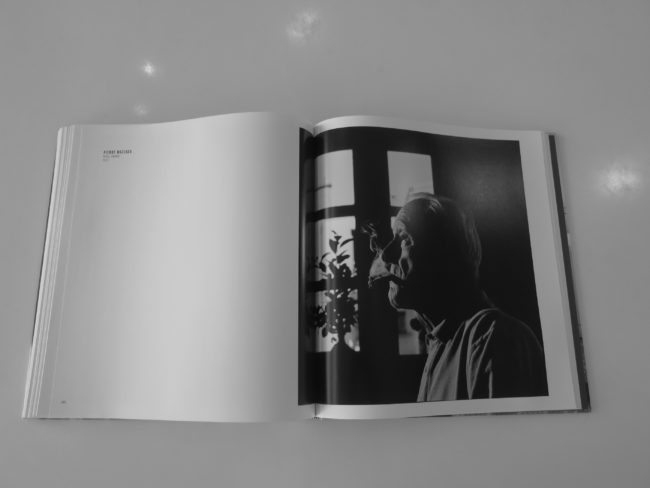 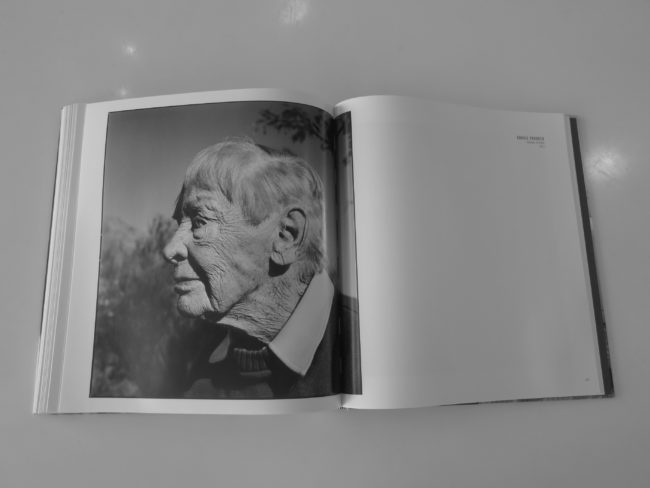 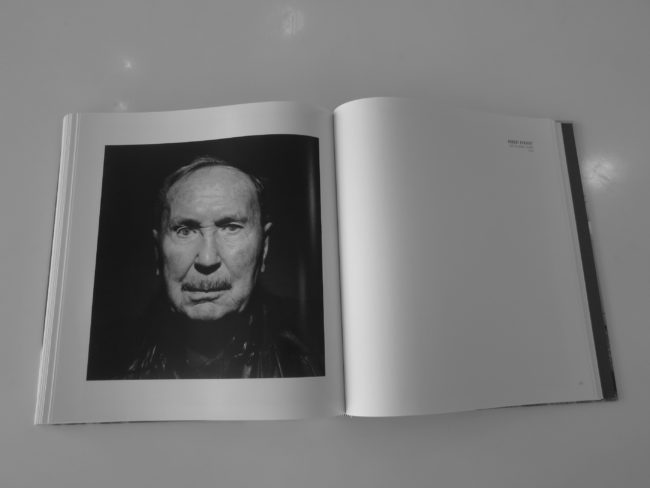 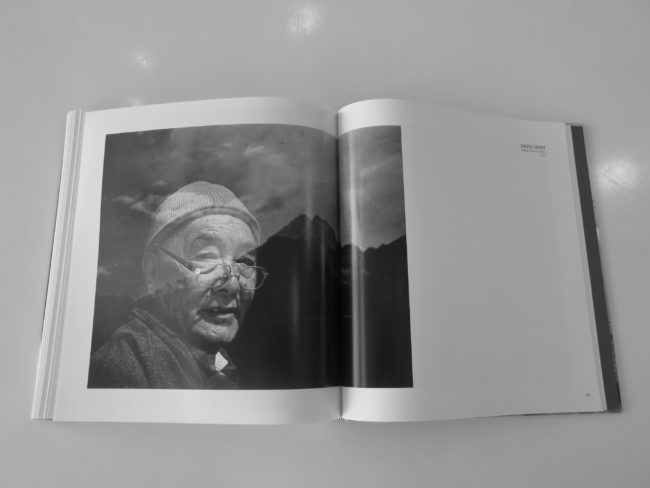 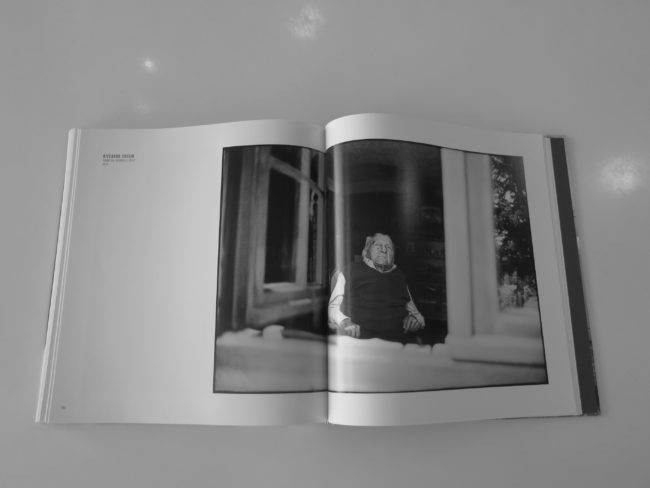 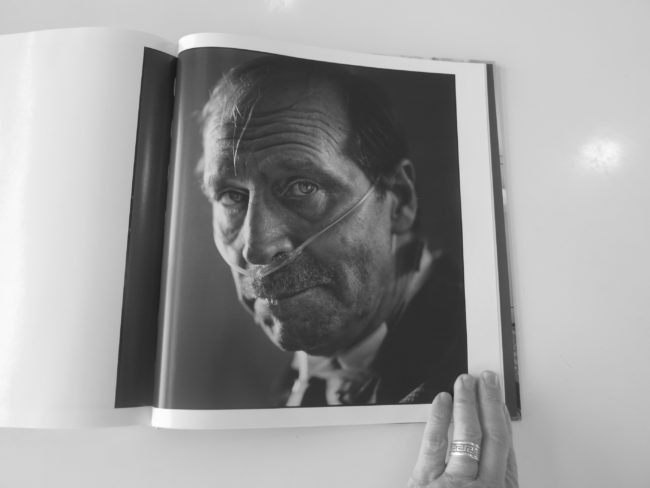 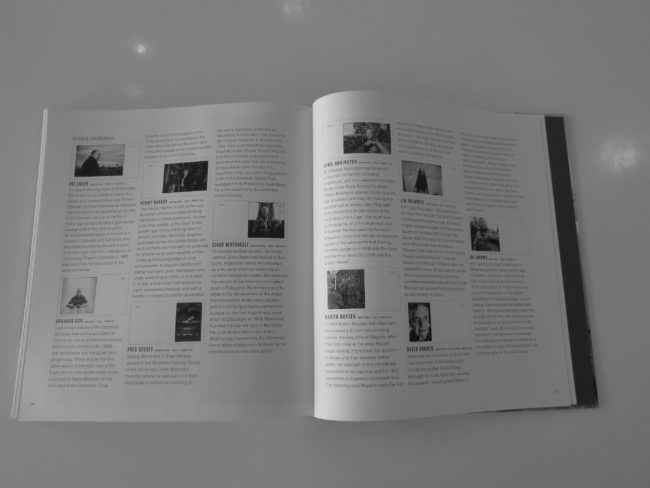 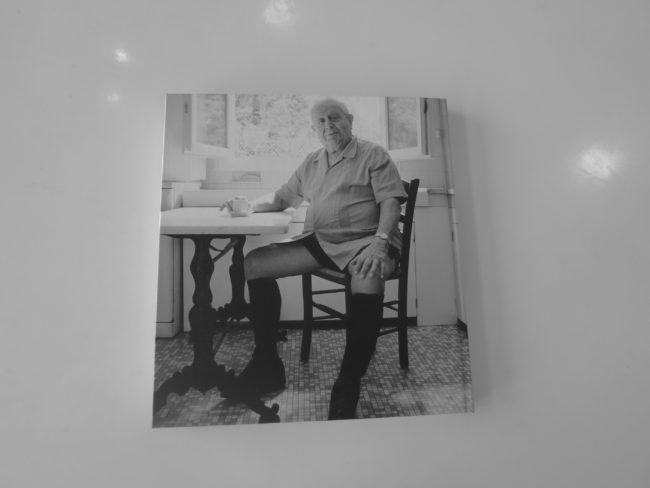