Remember when people used to talk about the 24 hour news cycle?

Personally, I don’t submit to the Borg all the time. I jump off email and social media each night at 5pm, and take the weekends off as well, so I avoid losing myself in the endlessness of it all.

Because it never. ever. stops.

There’s so much out there that I’m just as likely to get a sense of things during my “work hours,” as there is still plenty of time to look for memes and CULTURALLY SIGNIFICANT TWEETS.

Just since Friday, we’ve had the American professor in Korea who got interrupted by his adorable kids during his BBC Skype interview. At first, he knocked his daughter back like he was Frank Costanza reaching across at a jarring traffic stop.

His wife came in, trying to be stealthy like a ninja, but the camera caught it all. At first, the guy was criticized for being a grump, instead of taking his child on his lap and making light of the whole thing.

Then, media scrutiny switched to the people who’d mistakenly assumed the Asian woman was his nanny, not his wife.

If not, I know something that is definitely racist. Steve King, a sitting US Congressman from Iowa, tweeted that he couldn’t wait for America to become homogenous, as foreign babies were ruining civilization.

His tweet was received enthusiastically by more overt scumbags, like David Duke and Richard Spencer. Then Representative King doubled-down, (rather than retracting,) and stressed that Western Civilization was superior to all others.

Not to be outdone, Kellyanne Conway may or may not have said that Barack Obama spied on Donald Trump with microwaves.

And finally, today, Jorg Colberg tweeted an article, which I promptly read, in which a British cultural critic named Adam Curtis persuasively argued that art was no longer rebellious, in any way, as its ethos of personal expression had so perfectly been absorbed by the insatiable beast that is Global International Capitalism.

It was a good piece, and got me thinking a bit, as I often wonder if so much of what I do, with my writing and photographic work, isn’t just preaching to the crowd.

Even photography itself, once a specific habit, has been appropriated across the globe by EVERYONE.

Is art still relevant, if it’s only used to trumpet individual voices, one at a time in a sea of noise, as everyone else now has platforms to scream ME ME ME ME ME simultaneously?

I’m glad you asked. (Seriously, that was an astute question.)

I’m feeling pretty good about art, right now, having just put down “Cocoon” a new book that documents a public sculpture done by Kate Browne in the Goutte D’Or neighborhood in Paris, back in 2014.

This one came in not too long ago, as the photographer, Eric Etheridge, (Ms. Browne’s husband,) saw my review of the book that Matthew Chase-Daniel and Jerry Wellman made from their public art project on the Navajo Nation.

Eric, you were right. This was the perfect book for me to see today.

The gist is that Kate Browne has engaged in a series of public art projects in places with fraught, violent histories. There were Cocoons in Mexico City, on the site where the Aztecs were vanquished by the Spanish, and two in Mississippi that investigated the dark history of Slavery and Jim Crow.

This endeavor was done in Goutte d’Or, a historically North African, Parisian neighborhood that has become a way station for many on the contemporary European Refugee Circuit.

The artist builds communities during her projects, while engaging those same communities in the construction of her sculptures. She offers workshops, and other programs, that reach directly into the neighborhood, and teaches people how to make their own little cocoons, personal talismen, to represent difficulties in their pasts.

There is a section of the book that is almost exactly what Matthew and Jerry did, as residents are photographed in a white, studio environment, holding their personal totems. How wild, that two ideas took hold on opposite sides of the world.

But that’s only a small part of this book, as there are opening essays, including two by local community organizers, and it ends with a litany of direct interviews from project participants, describing their racial and cultural pasts.

Essentially, this book refutes the idea that art is only about yelling “hey look at me” in an obnoxious echo chamber. There are countless artists out there who work with others to build teams. To enhance society. To make a difference in people’s lives.

I wrote last week about that famously Chinese ending in “Hero,” in which the greater good is presented as noble, and duty paramount, while individual desire appears sinful in context. That used to give me the willies, as I thought it meant that China intended to rule the world.

Now, though, I’ve begun to wonder whether America isn’t wounded, as it’s become so much harder for people to work together, or even get along, across the partisan divide.

I don’t want to end on a negative thought, though. One defining feature of the Cocoon series is that the sculptures, like their namesake, are temporary. After a public procession at the end of its construction, the Cocoon is lit up, enjoyed for 2 days, and then struck from the scene.

This book serves as proof of its existence. True. But if you read these stories, and look at the vibrance in the photographs, it’s clear that the Cocoon project strengthened a group of marginalized people, if only for a little while. 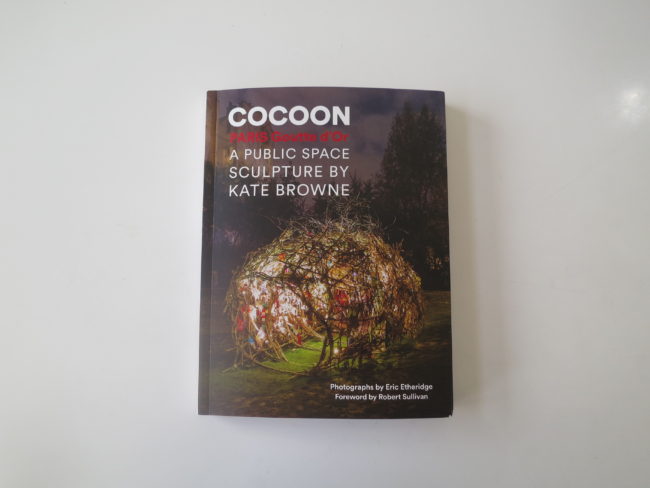 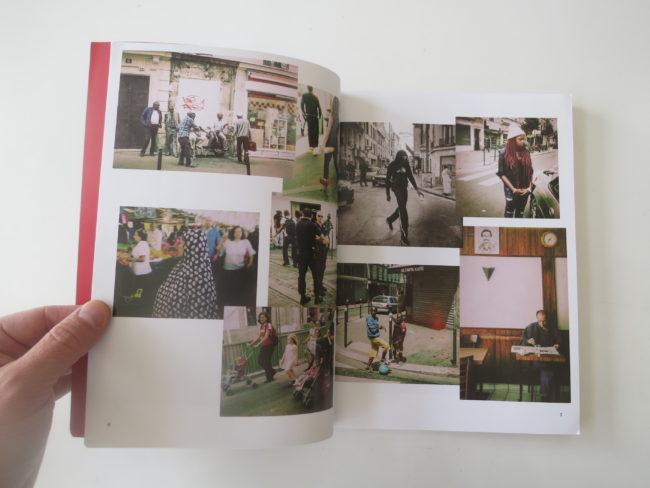 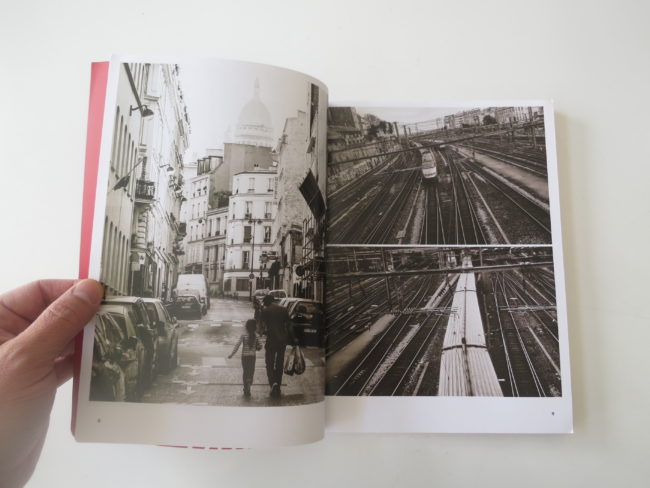 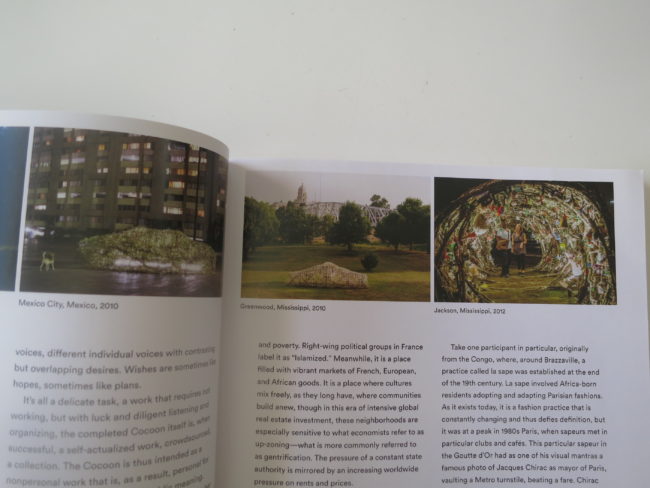 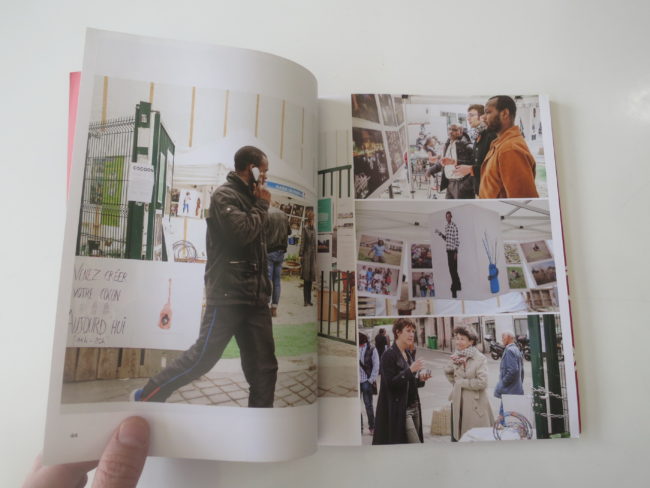 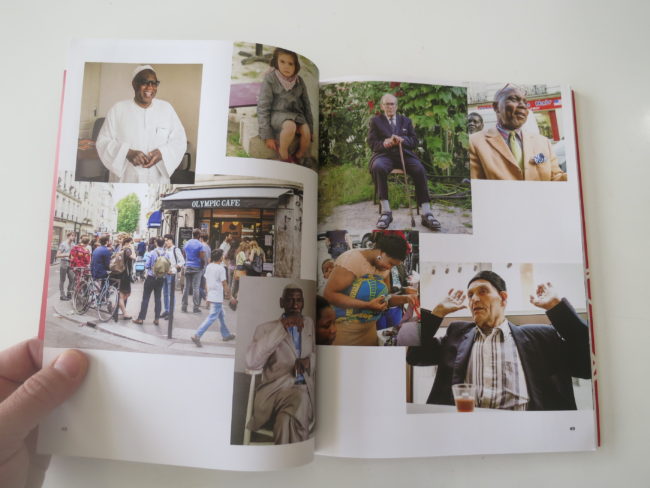 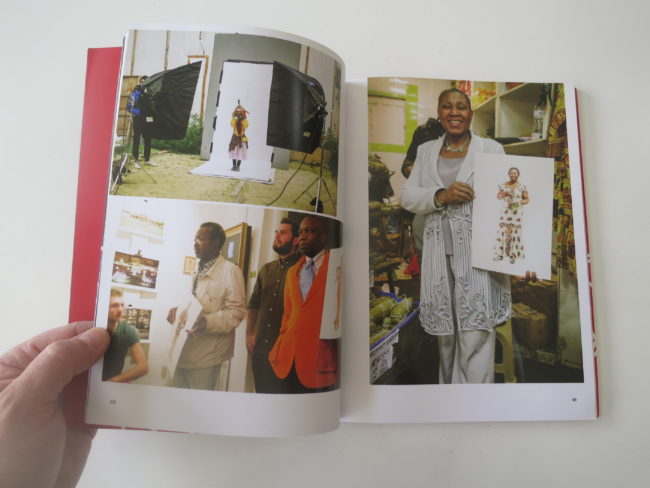 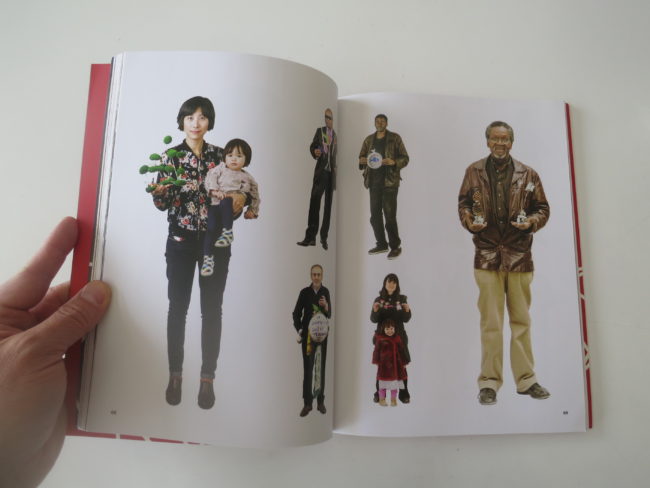 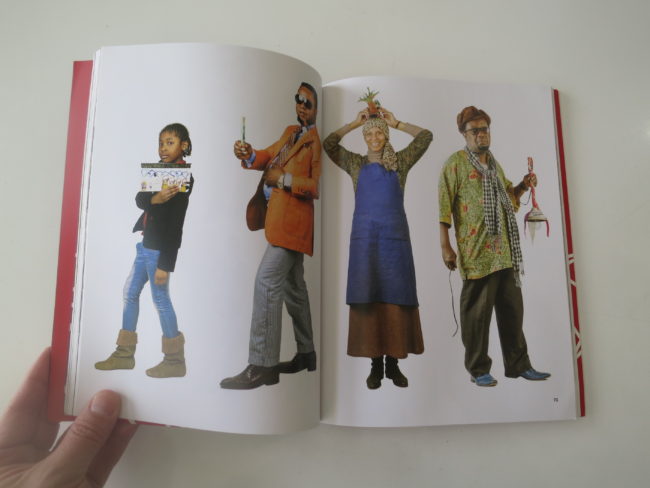 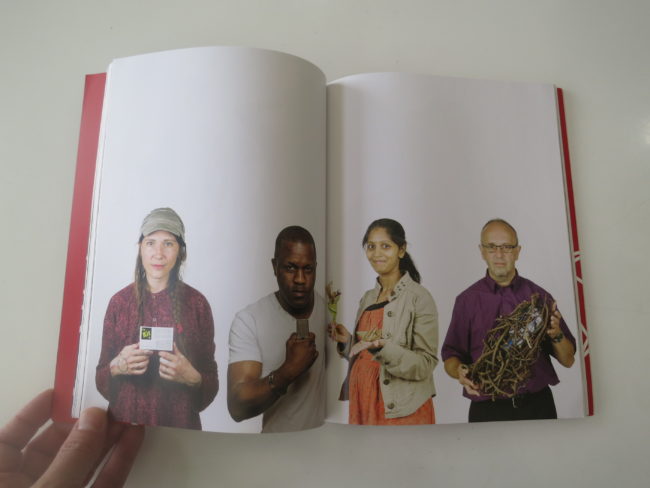 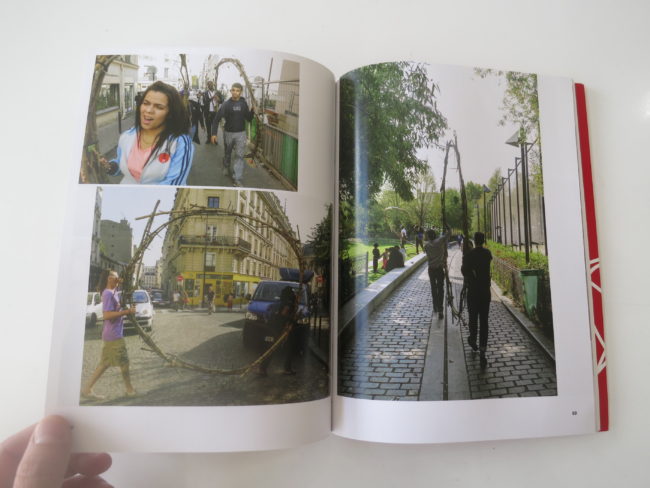 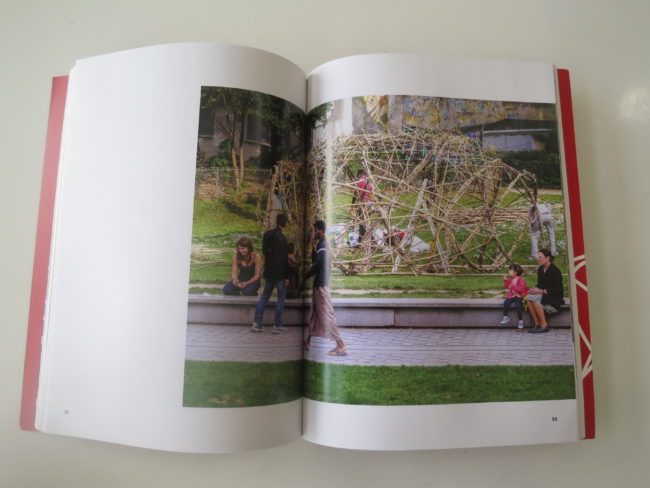 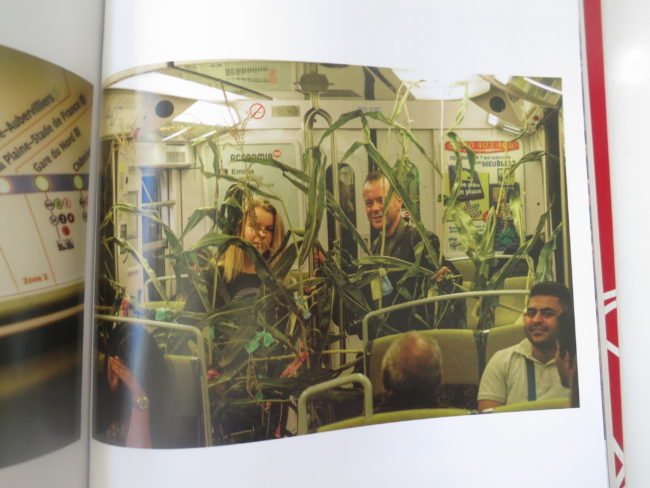 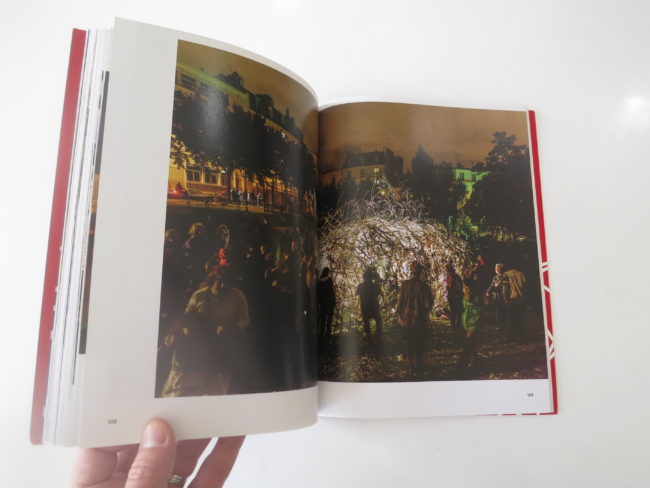 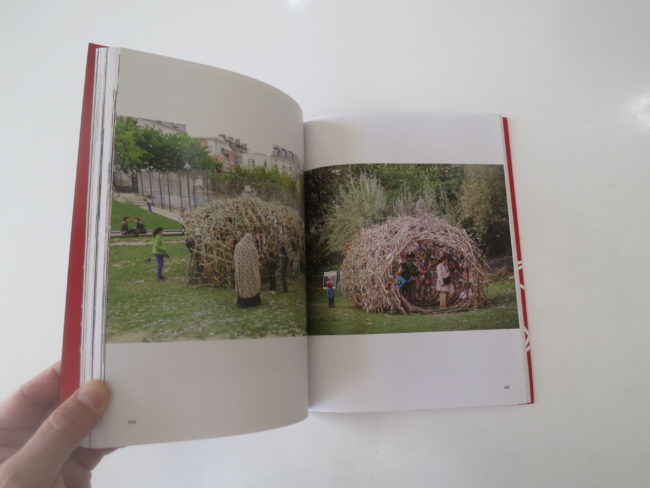 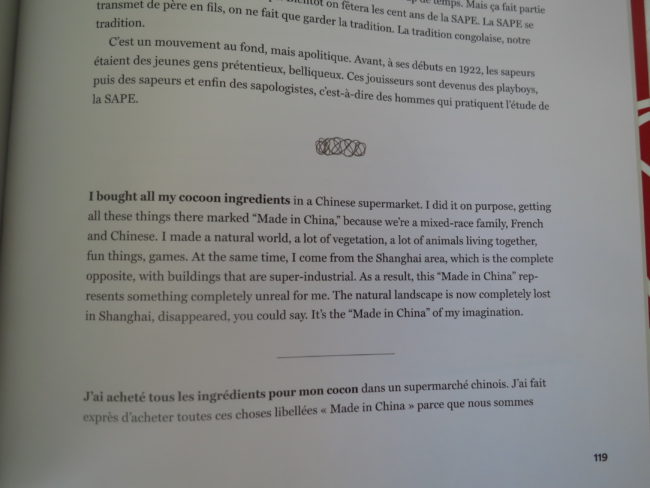 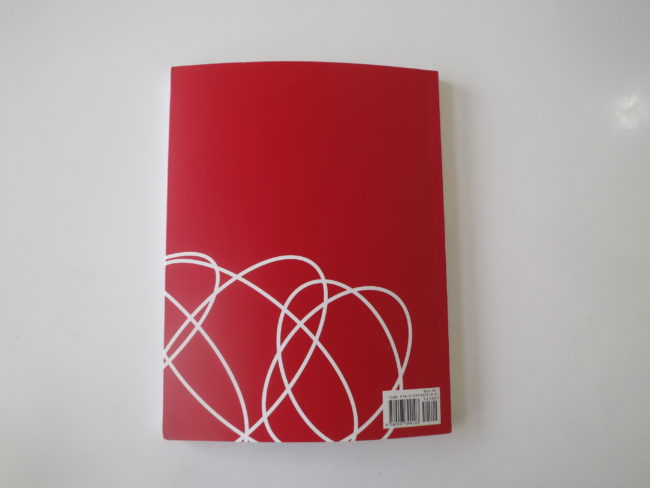