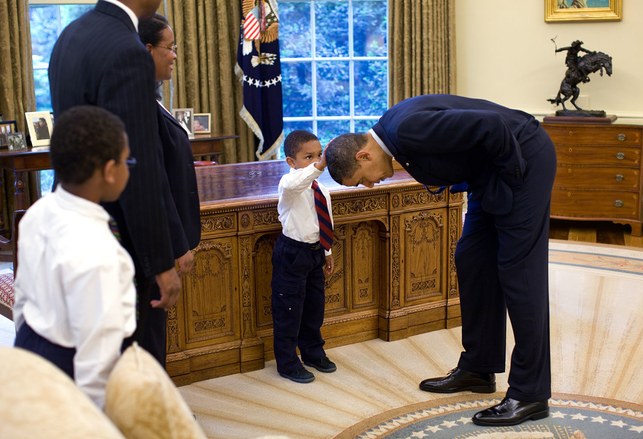 On a technical level, did digital photography increase your output? You’ve said you’ve taken around 2,000 a day average, or something like that.

I actually don’t think I shoot that much, because I’m not a motor drive kinda guy. So everything is kinda single frame. I don’t know even if I had been shooting film this administration that I would have shot any less. I don’t feel that I overshoot because of digital. Sure, you don’t have to stop at frame 36, but that’s the reason why you’d always carry ten rolls of film with you at a time. So I don’t know that that would make that much of a difference for me, at least.

Okay, because we were trying to do the math, adding up the shutter clicks, and wondering how many cameras have you completely ruined?

I don’t know how many cameras I’ve gone through but it’s probably been eight or ten. I never blew a shutter, which I know a lot of photographers occasionally do. I usually try to switch when I can feel like a camera’s about to give out. I always carried a backup camera, especially on foreign trips just in case one went down.