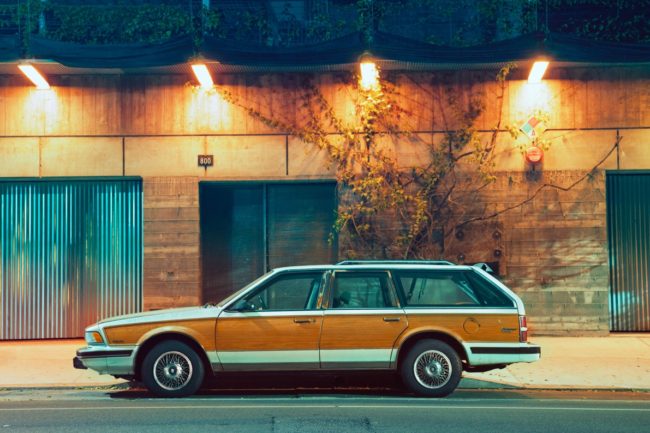 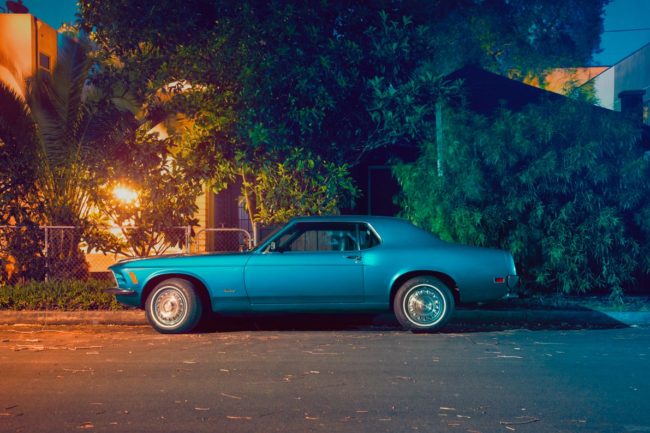 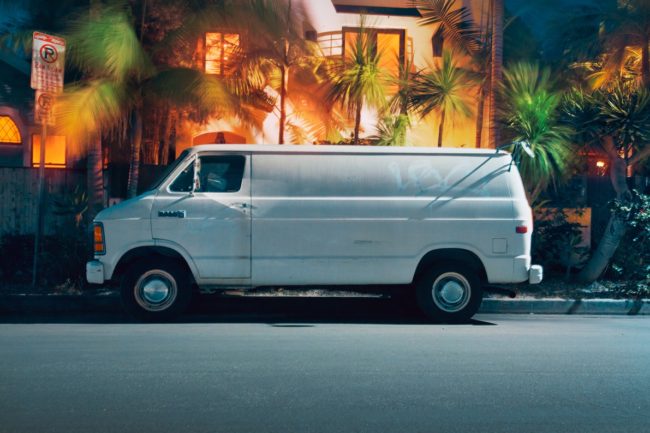 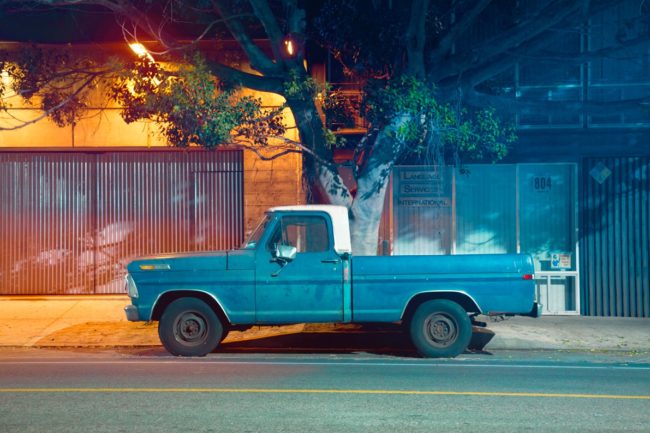 I grew up watching American films and loving American cars. This was back in the days when American cars were especially different and interesting. Remember the the Chevy Chase wagon? The A- Team Van? Wayne’s car in Wayne’s World? All these cars were unusual, yet still very cool.

When I travel to Los Angeles, as an outsider looking in, I am always awestruck by all the old cars still being driven on the roads throughout the city. LA’s ultimate hipster culture and perfect climate help to preserve these iconic cars. At night, you can see loads of great cars scattered along the streets parked in front of houses.

I have driven around admiring these cars on numerous occasions. On one particular visit last year, I spent a couple of evenings wandering around documenting some of the cars I came across. I photographed a wide selection of cars, trucks, and vans – some old, some new, some fully restored, and some completely wrecked. This became the project which I later called Venice Nights.
I try to have all my personal projects fit to a basic framework and follow some simple parameters. I find this helps me to maintain a series of consistent work. For this project, my ‘rules’ required that all the cars were shot in profile, at night, lit with ambient street lighting. These rules limited me to documenting only the cars I came across which fit the criteria. It was somewhat akin to a street-casting for cars. I had to hope I found a cool car and an interesting background. Choosing Venice Beach as the location made that a pretty simple task.

This project was a big departure from my normal commercial work. By that I mean, I was focused on capturing an existing image rather than creating one in the studio or on location. It permitted me to shoot a lot looser than I normally have the chance to do — wandering the streets, seeing a car I liked, setting up the camera and tripod, and shooting just one or two frames before moving on to find the next subject. The biggest challenge was to integrate the bold colours I like to use throughout my work. I ended up shooting quite a lot of cars and editing the selects down from there to make it a smaller, cohesive series.

When I originally shot this project, I used it as a tool to help transition my social media posts (particularly on instagram – shameless plug – @wilson_hennessy). I started to post images in groups of 3, 6, or 9 to give my timeline a bit more consistency. This is what ultimately defined my Venice Nights series as a series of 9 images. Although I consider Venice Nights completed in this form, I think there are plenty of ways to further the project and to expand on the idea of documenting unique cars in cities around the world. The cars will always interest me, and this project will push me personally to shoot in a different way and expand my comfort zone. And isn’t that what’s fun about personal projects?