My annual, final column that never really caught on. That most rebellious of ironic year end lists. (It’s not even a list, per se, because it only mentions one thing.)

Like an ironic mustache, I get to have it both ways. I nod to the end-of-the-year thing, while simultaneously skewering the tradition by giving my version such a ridiculous title.

It’s no 10 best books list, that’s for sure. (Not that there’s anything wrong with that.) But 2016 was a witch of a bear of a blizzard of a skin rash of a melting iceberg of a year.

The rise of Trump. The fall of Aleppo. Endless streams of millions, fleeing for their lives.

A divided US. A resurgent Russia. China flexing her military muscles. Talk of a new nuclear arms race.

And, of course, grab them by the pussy.
(Yes, that really happened.)

It seems like something you’d make up in your sleep, your subconscious big upping the nasty allure of real life into a seemingly impossible, soap opera narrative.

But it actually happened.

I felt myself growing stronger in the face of adversity. Now, I’ll be the first to admit the problems I had were nothing compared to the real life and death stuff. The aforementioned Syria.

But as we’ve discussed in columns past, the things that make us grow are always the hardest. Staying comfortable is not how you become better.

And I had some truly amazing moments in 2016 as well.

I saw fantastic art exhibitions, and wrote about them, in Ft. Worth, Houston, San Francisco, Los Angeles, New York, San Diego and Chicago.

Even on vacation, in Big Sur this July, I asked my wife’s Uncle Dan what was the coolest thing he’d seen on his recent travels. He’s a booking agent for major rock bands, so he globe-trots on a regular basis.

He walked into his bedroom, and emerged with a museum catalog from the Museum of Contemporary Art in Chicago: “Kerry James Marshall: Mastry,” published by Rizzoli.

Uncle Dan said this show in Chicago was the best thing he’d seen anywhere, and if I could get to it when I was in Chicago in September, I’d be glad I did.

Admittedly, I mentioned the show in one or two sentences in one article this Fall, but I think it still counts as the best thing I saw this year that I haven’t already written about yet. (Don’t hate me on a technicality.)

Especially as the exhibition is now on view at the Met Bruer in New York until January 29th, I wanted to share some year-end thoughts, and show off the book.

The exhibition featured an endless series of large scale, unframed canvases, done with acrylic paint. The bolt holes suggest unfinished work, but the dozens of masterpieces were nothing of the sort. The technique becomes a structural metaphor from the outset, bringing low materials to high places.

The coal-black faces speak to a history of centuries of racism, in piece after piece. (While referencing the caste system of shades of brown.) They’re defiantly dark, like Kara Walker’s silhouettes. The compositions are classical, and reference art history at every turn. (De Stijl, Rococo, Giorgione, Gericault.)

The color schemes are contrasty and exciting too, so the image structures hold up against the heavy history many of the pieces evoke.

And the subject matter feels like a hashtag of the African-American experience in contemporary America.

Watts. The barbershop. The death of Martin Luther King and the Kennedys.

There are lynchings.
And liquor stores.

Glittering jails and subverted expectations. Like “Our House,” from 1995, which features black children inhabiting seemingly-white roles, in the suburbs, but slave shacks sit in the back of the painting as well.

Or “Past Times,” from 1997, in which a black family relaxes by the lake, Puff Daddy style, dressed in all white, waterskiing, and playing croquet.

We see pretty sunsets and plenty of paintings within paintings. He demystifies the art-making process, showing scrims, and painting by numbers, while mystifying us with how good he is at his job.

The work, taken together, distills decades if not centuries of pain and suffering, yet flips it. (Jujitsu style.) These are not dour, or in most cases, mournful works.

They’re too bright for that. They’re meticulous, too, in a way that screams joy.

Kerry James Marshall clearly loves what he does, even if what he does is critique an American society that likes to occupy the moral high ground, even though its wealth is built upon a history of slavery. (And the genocide of Native Americans.)

Mine your experience. Share what you think. Push yourself to your limits, in a world that might not feel comfortable. Ever.

Put it into your art.

And I hope 2017 is a better and easier year for you and yours. 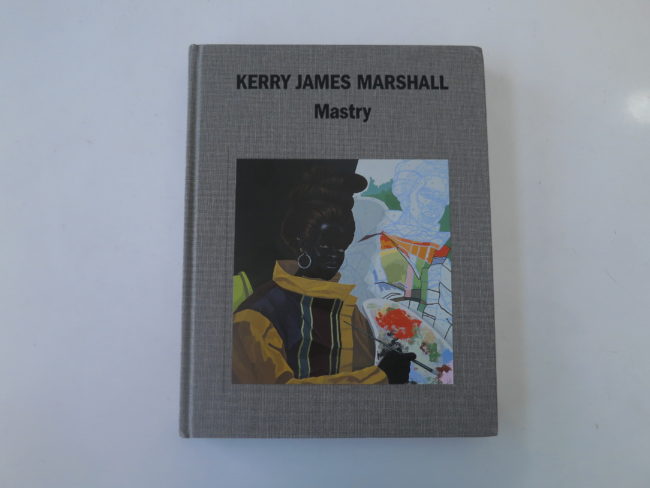 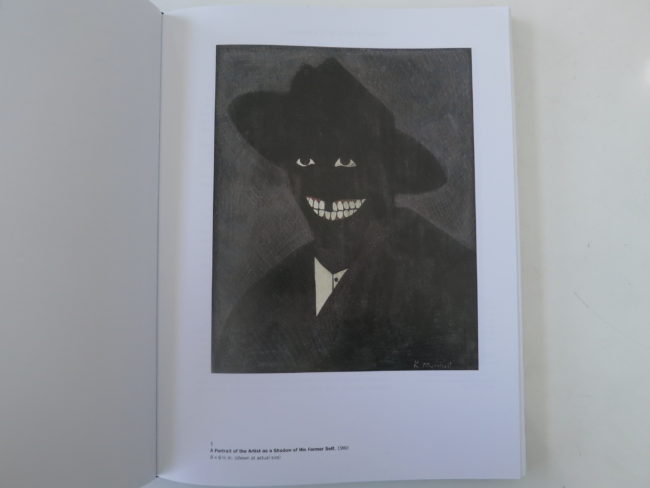 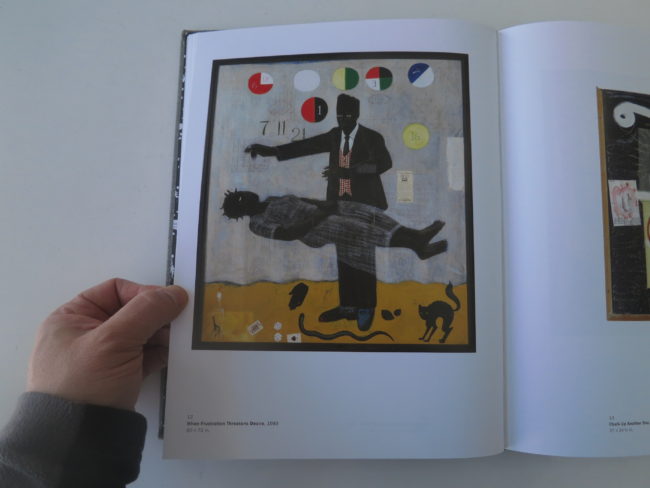 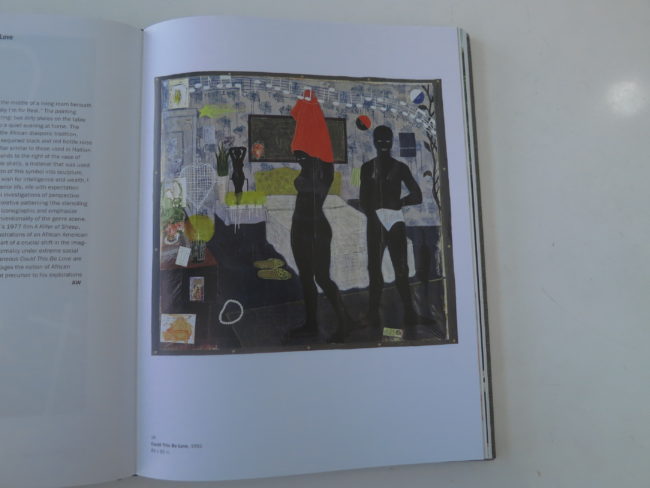 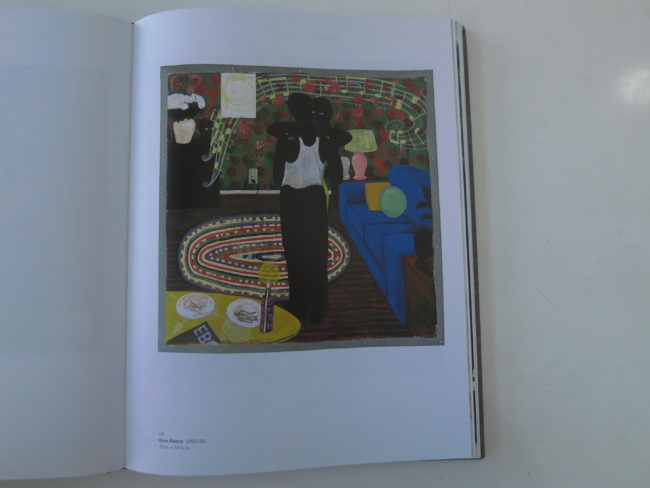 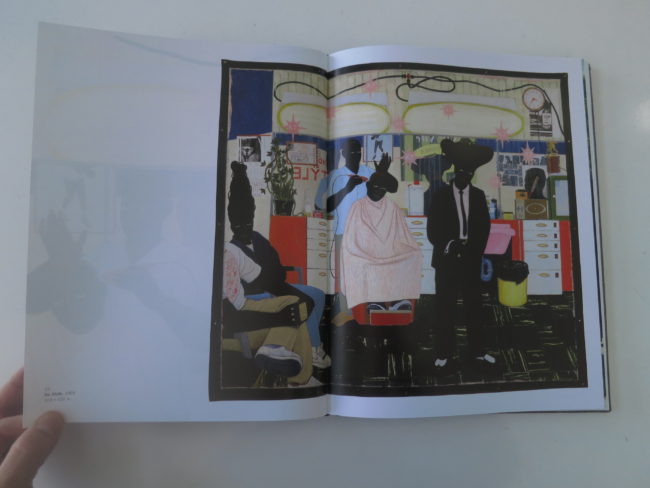 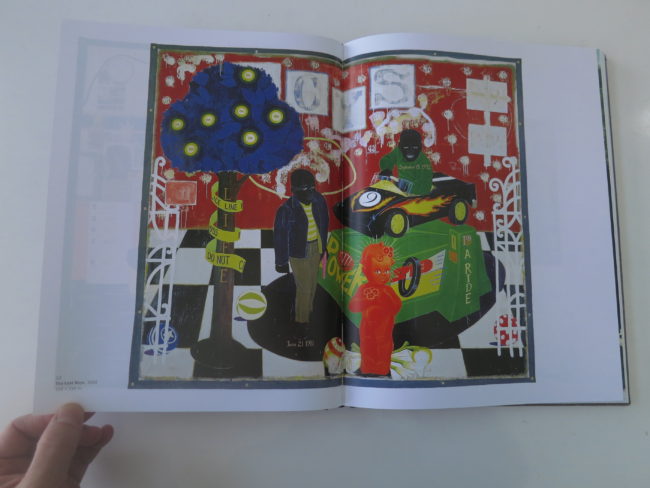 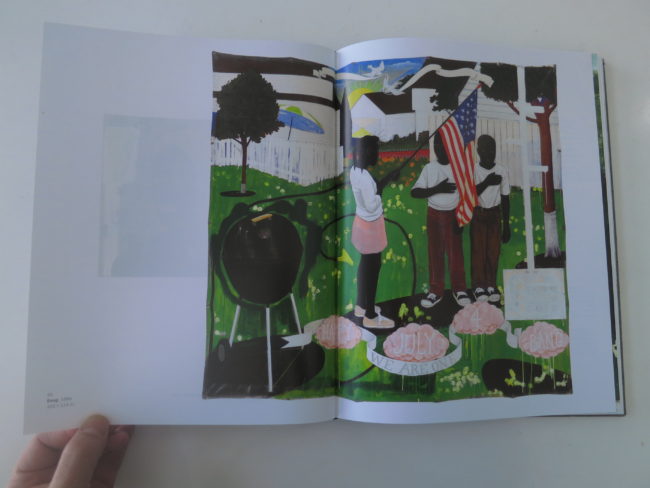 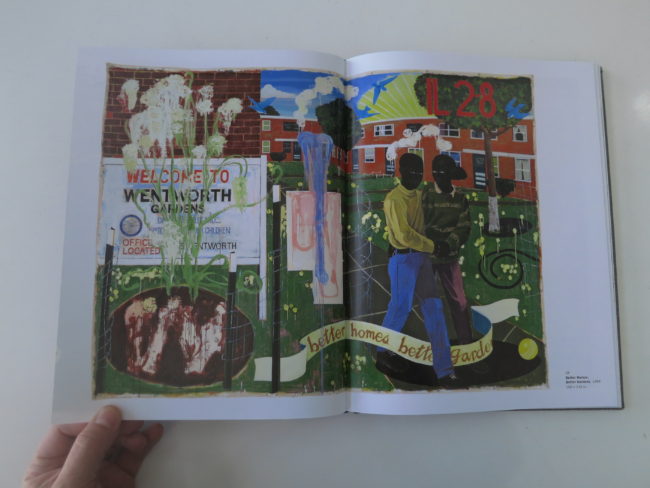 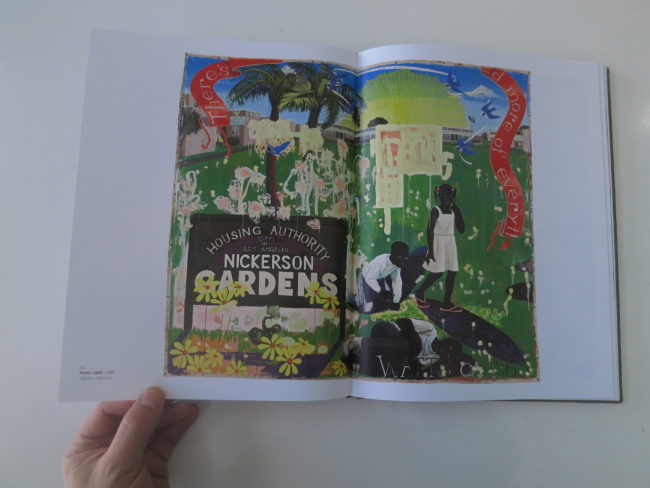 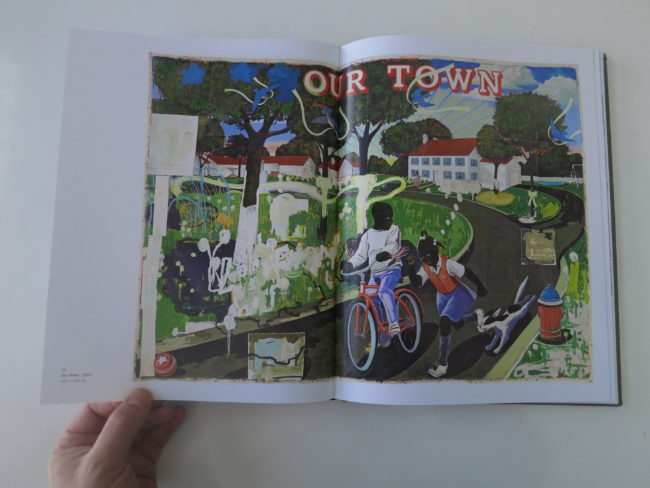 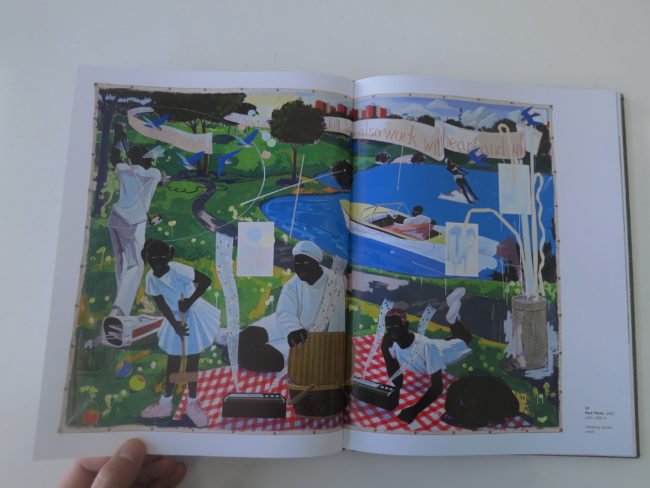 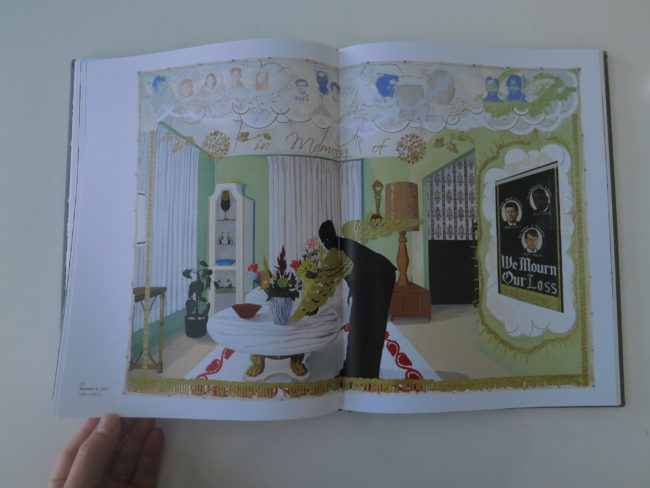 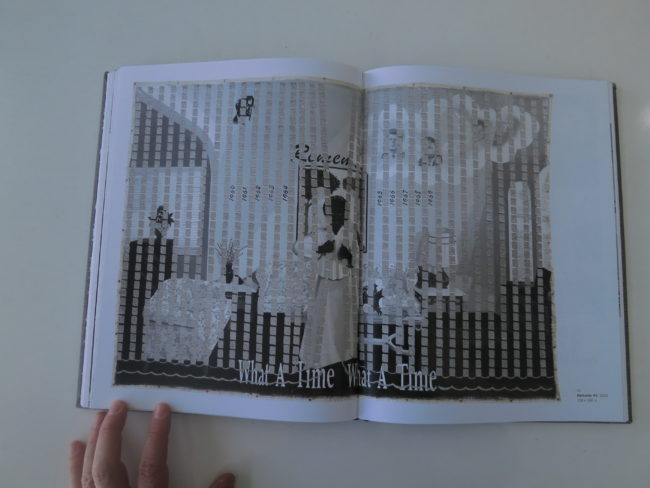 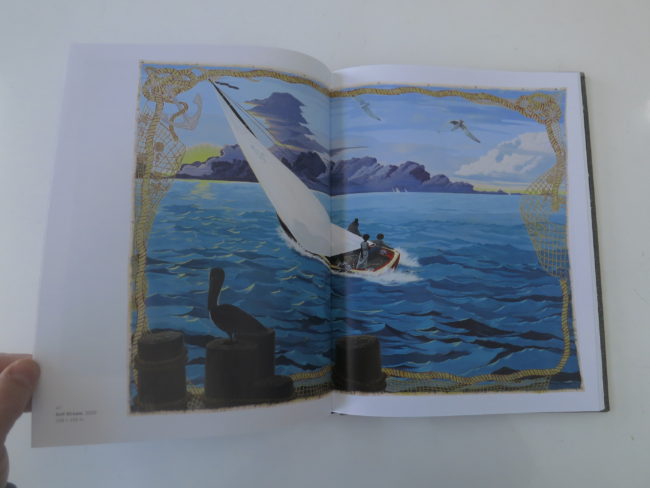 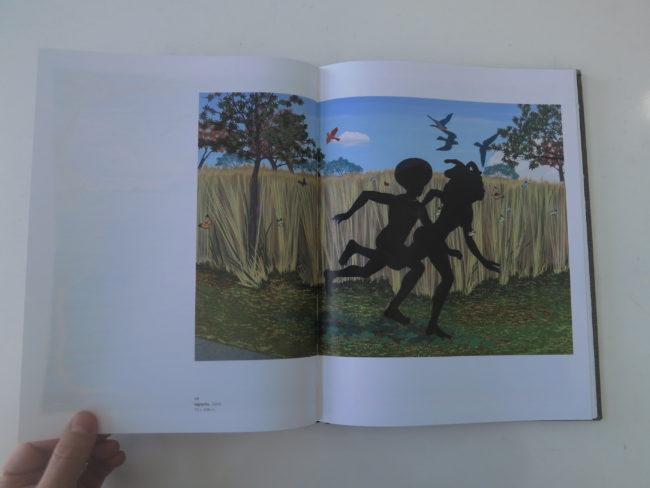 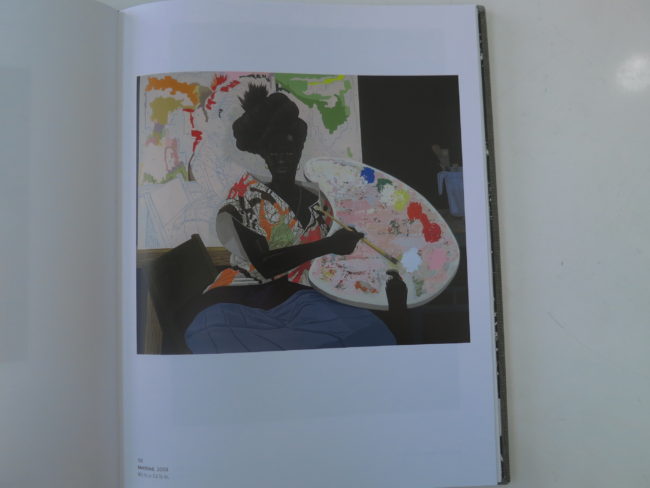 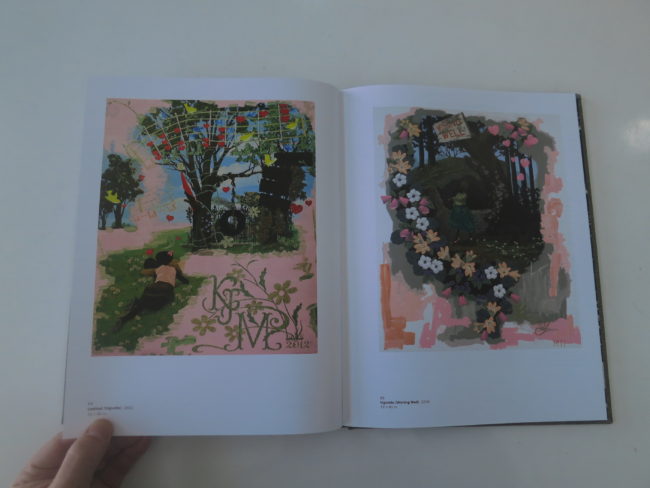 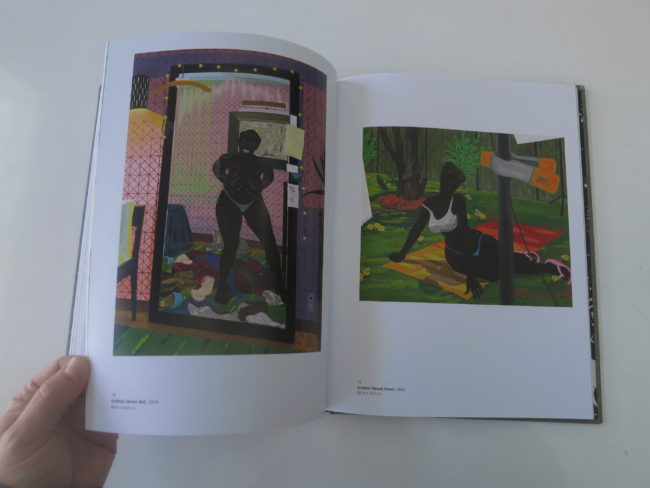 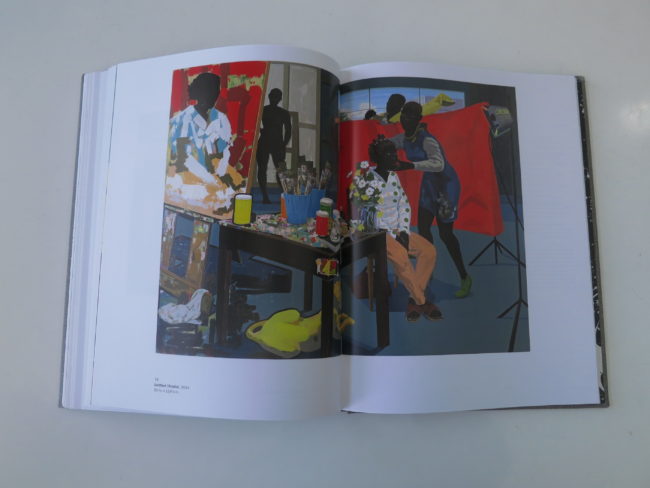 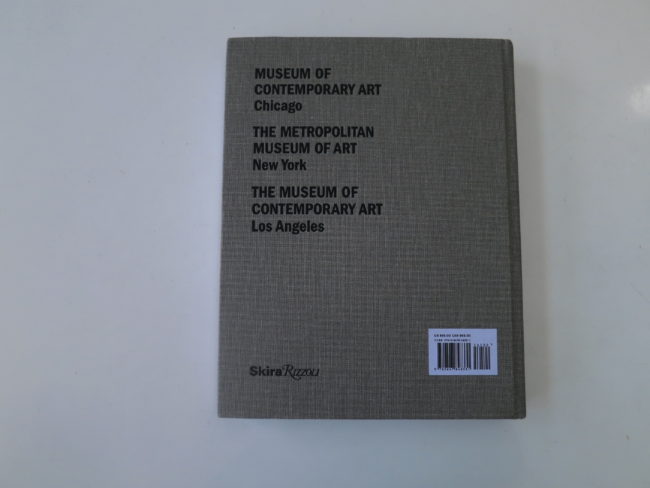