Over Christmas, my wife insisted I read “Big Magic,” a book about creativity by Elizabeth Gilbert. (Of “Eat Pray Love” fame.)

I’m normally skeptical about self-help books, so I dragged my feet for a while. Eventually, I gave up, because there’s no point in fighting when you’re certain to lose.

Turns out, the book was really insightful, once I parsed prose meant so specifically to inspire. But inspire me it did, in particular by helping me appreciate the fleeting nature of creativity.

These days, I imagine my creativity as a little baby bird, ever-so-fallible in my cupped hands. Her examples were a bit more out-there, but suffice to say Ms. Gilbert makes a strong case that the creative instinct is sacred, fragile, and needs to be treated as such.

Again and again, she returns to the point that when we try to milk our creativity for a consistent income stream, it can leave us faster than logic at a Trump rally. (Exit, stage left!)

According to “Big Magic,” when we put too much economic pressure on our creativity, or place it firmly in the service of others, we must be prepared to face the consequences: our best ideas will dry up like an Arizona creek bed in summer.

Why am I on about a self-help book? Can I get to the point?

Sure. Glad you asked.

I’m sitting in a comfortable chair right now, contemplating the excellent joint Robert Mapplethorpe exhibitions I saw last week in Los Angeles. Both the Getty Center and LACMA teamed up to display an exhaustive, categorical retrospective of the famous, (or infamous,) artist’s life’s work.

Ironically, or inevitably, the shows were really about two artists, and the other was not Patti Smith.

No, Andy Warhol was the other mega-star looming over everything, and having read “Just Kids” a while back, I have to say I’m not surprised.

Andy Warhol and Robert Mapplethorpe shared a common narrative, so it’s understandable they were rivals. Each came to New York City as a young, unknown, freakishly talented artist with boundless ambition, and sexual preferences that were not-yet-mainstream, as they are today. (Andy was nominally asexual, but was clearly pulsing with desire.)

Andy and Robert both wanted fame and fortune. They lived with a hunger for the approval of the wealthy, and craved the actual wealth as well. They were desperate to be a part of the in-crowd, or perhaps just to BE the in-crowd.

The joint exhibitions give us a sense of both men, though obviously Mapplethorpe takes center stage. At LACMA, we see evidence of his broad abilities as an artist. Jewelry is on display, and it’s so easy to imagine the skinny, beautiful waif-boy selling his wares to men who really wanted more than a jangly necklace, if you catch my drift.

We also see drawings, paintings, and an altar installation. The dude was capable, for sure, and I know from reading Smith’s book that she and Robert hit the scene as hard as anyone could. They felt destined for success, which they manifested by working it.

Much has been made of, and NEA grants altered by, his best known work. It carries the spirit of innovation and rebellion, and the gelatin silver prints nearly jump off the wall.

I was admittedly shocked, but only because a man walked through the most explicit LACMA gallery with his 7 year old daughter, which I couldn’t quite believe. (A female gallery guard and I exchanged eye-rolls and sardonic laughter at that one.)

Like Andy Warhol, when Mapplethorpe was good, he was transcendent. I’d argue that Andy had a longer run, and that his genius work was more varied and broadly important than Mapplethorpe’s.

But in each show, I couldn’t ditch the image of both of these fantastically nimble social climbers, warily circling each other, driven by the Alpha instinct.

The late phases for each artist were not pretty; your body betraying you, your talent now-questionable, then dying before your time.

In each museum, there were images of Mapplethorpe’s glamour shots of important uptown types and aristocrats. The Debbie Harry/Iggy Pop/Patty Smith gritty pics, in earlier rooms, were replaced by gauzy lighting and soft-focus, edgeless perfection.

With both artists, acceptance by the Upper Class seemed concomitant with work that almost parodied their initial breakthroughs. Andy making 4 panels for each new rich person, Mapplethorpe setting up a studio curtain like some high-end Sears shooter.

The crowning moment in this little story I told myself was the contact sheet display at LACMA. You could see for yourself how well Mapplethorpe zoomed in on the best pic: here Debbie Harry, looking gorgeous, is pouty. There she’s fierce.

Expressions changed, as did body positioning. You close your eyes, and see the feline photographer slinking around, directing, trying to summon what he sees in his head.

And then there’s Andy.

He’s older, and wearing an obvious wig. But 12 times he stands there, denying Mapplethorpe any expression at all. To say he is stoic is to insult Scandinavians.

Andy Warhol was clearly dropping an iron curtain across his eyes, so that each photo is a copy of the others.

“Fuck you, bitch,” says his expression. “You won’t draw me out. You’ll get what I give you, and nothing more.”

Every frame was the same. It was a battle, to my eyes, and it seems that Warhol won. (Nearby, there’s also an excellent Warhol portrait of Mapplethorpe.)

The Getty show was the less edgy of the two, but it gave me a brief glimpse into things I didn’t expect. There were two pictures, platinum prints to be precise, that depicted a lonely battleship cruising through the sea.

They looked more like something from Anne Tucker’s “War/Photography” show than anything Mapplethorpe would make. Powerful, talismanic, there were two of them, sitting side by side.

Each ship lonely, powerful, iconic, yet placed next to the other, rather than inhabiting the same frame. (Metaphor anyone?)

In another room, most all of the pictures were pretty. (The harder-core photos were definitely at LACMA.) Yet there was one photo of a man’s midsection in a leisure-suit. The fabric was so sharp, the lines minimal, the tones subdued.

But sticking out of the unzipped pants was a huge, uncircumcised, African-American penis.

Everything about the picture went one direction, yet the massive cock blocked out the sun, so to speak. It managed both to sneak up on you, and completely change your reality, all at once.

Warhol showed up again, in a photo-booth strip of 4, in the adjacent exhibition of work from the Wagstaff collection, which belonged to Mapplethorpe’s lover and patron, Sam Wagstaff.

Young Warhol mugged for the camera, barely containing his wattage. He was ready to take on the world and WIN, looking nothing like the man locked in battle with Mapplethorpe decades later.

Rarely do I circle back to my intros, but allow me to mix it up today. If you’re reading this, you’re mostly likely a photographer or artist of some sort. A creative person, if you will.

I’m ambitious, and you likely are as well. We always want more than we have. We ride ourselves to produce more, sell more, make better shit than our friends and competitors.

For me, there was a valuable lesson on display in LA. (A city filled with youngsters who’d kill for fame and fortune.) Be careful what you wish for, because like Genies offering 3, the deals necessary to get what you crave might just cost you everything.

For the record, the exhibitions close on July 31. So if you happen to be in SoCal, and haven’t hit up the shows yet, now’s your last chance. Get moving! 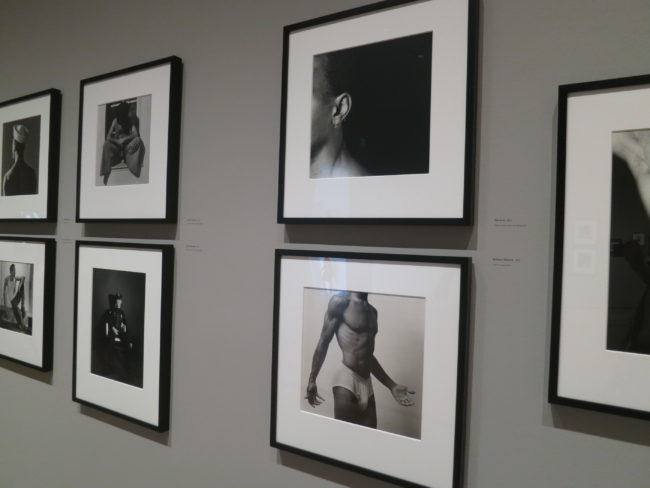 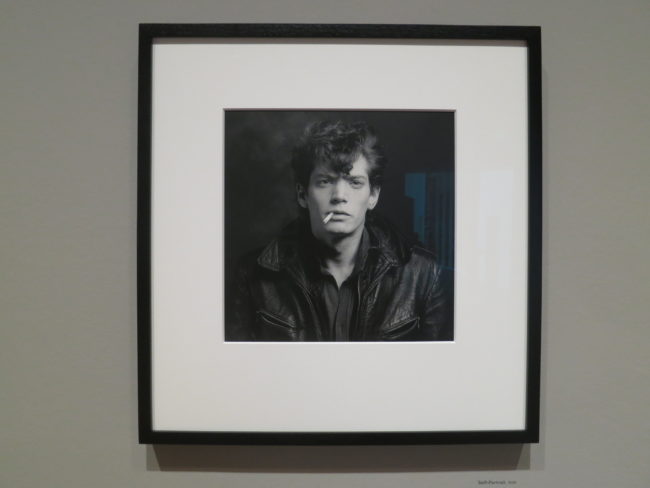 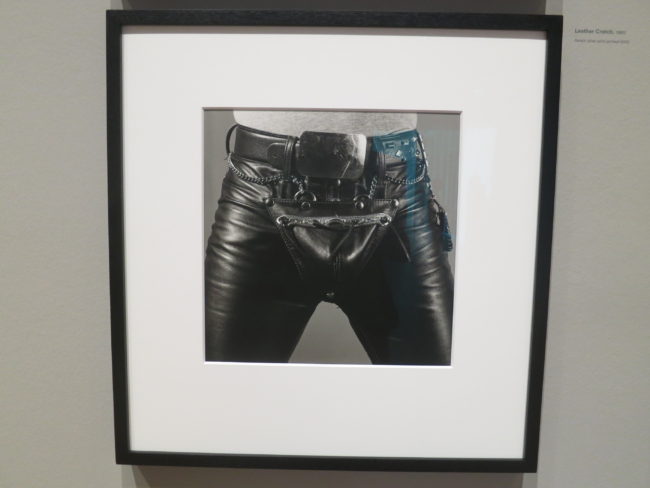 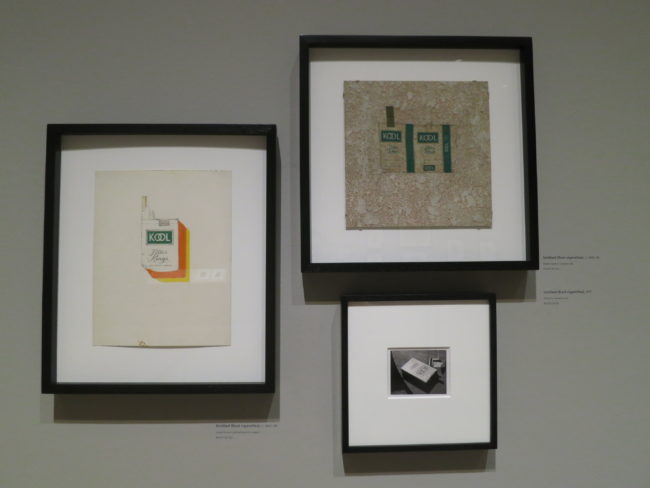 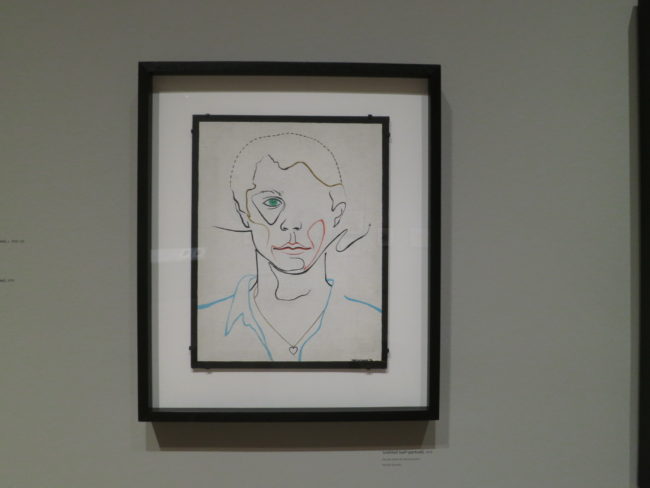 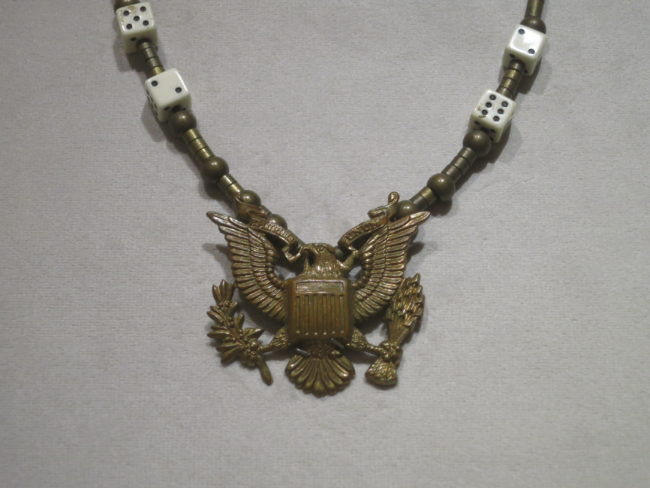 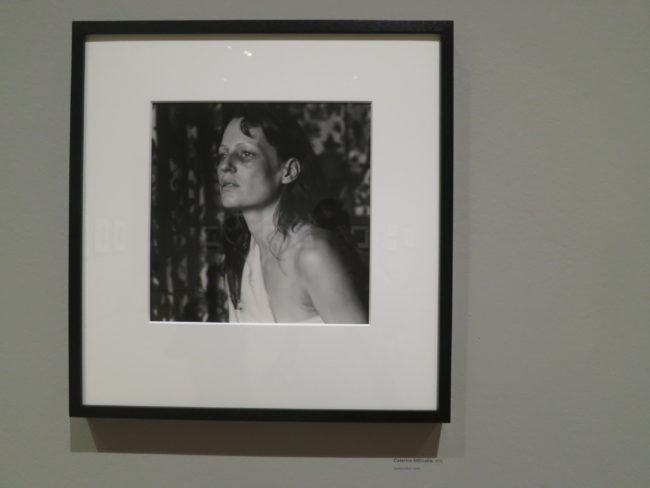 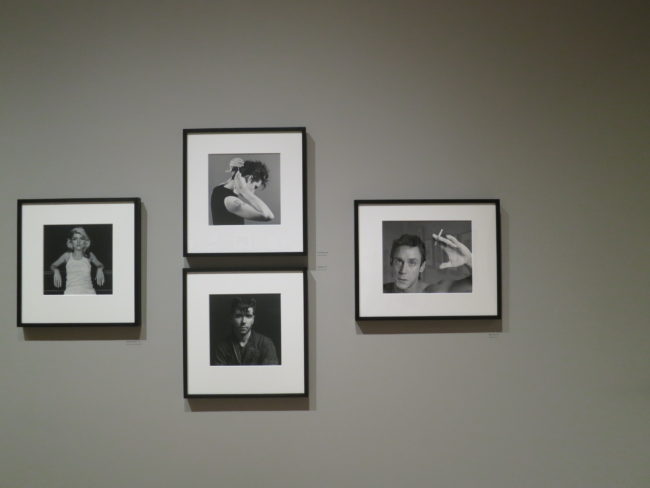 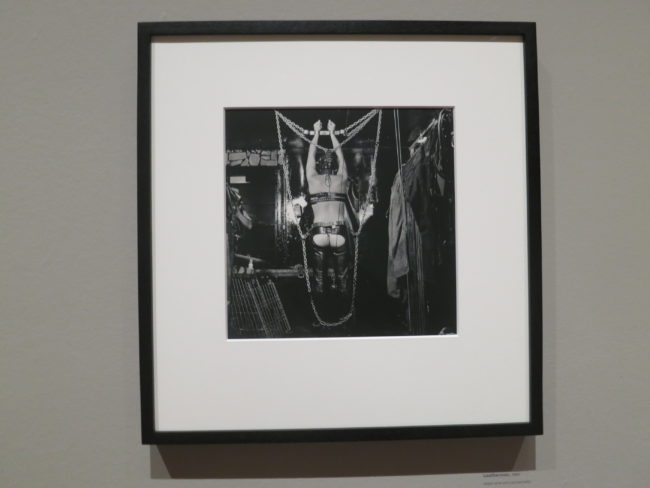 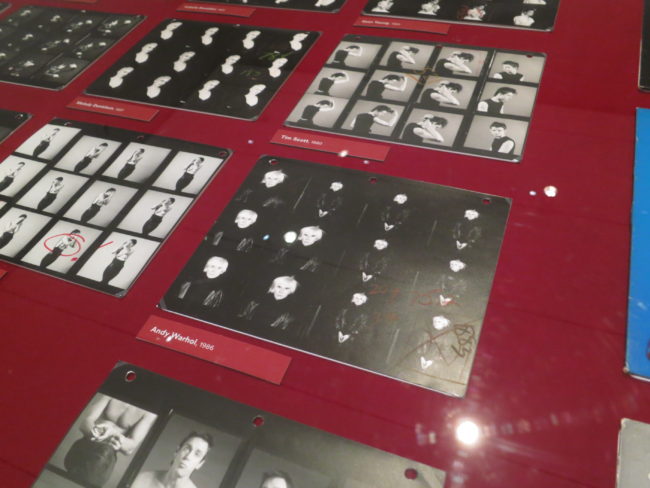 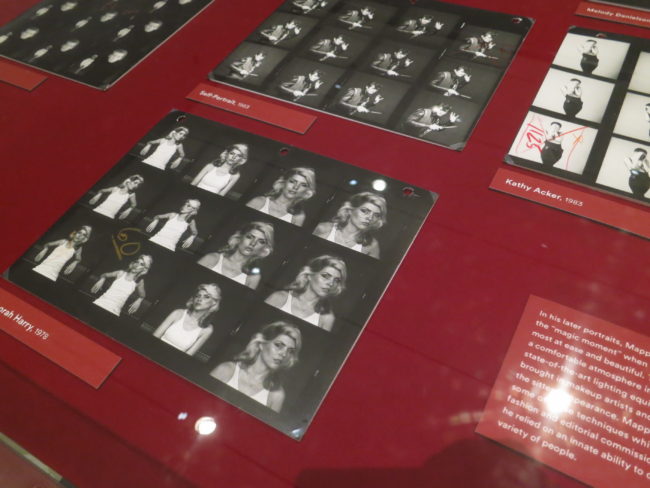 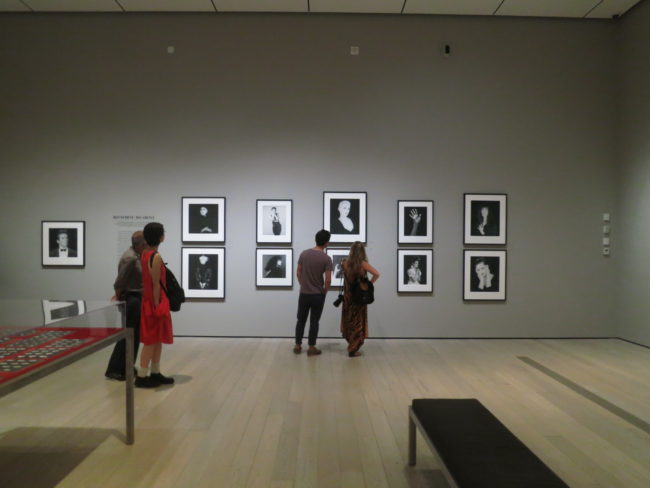 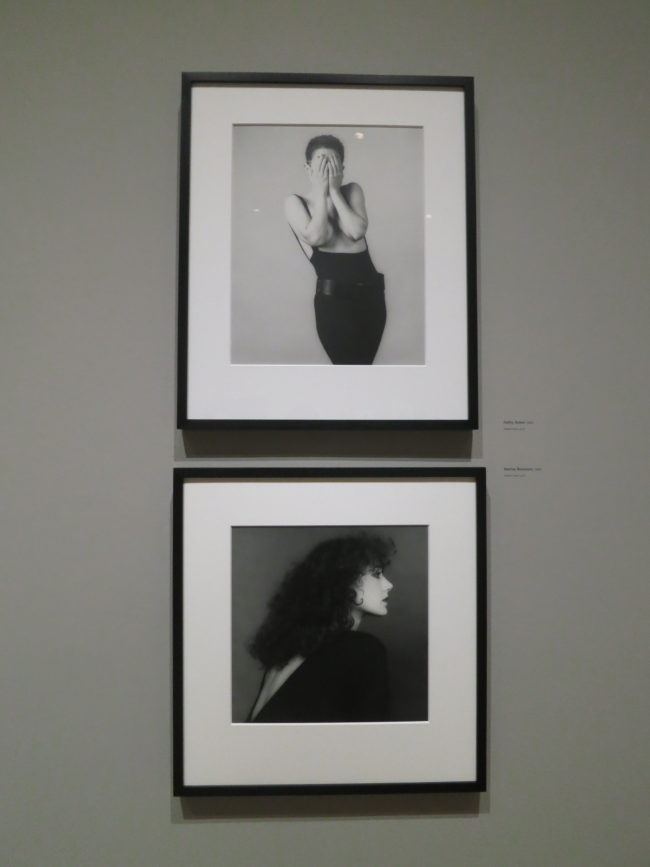 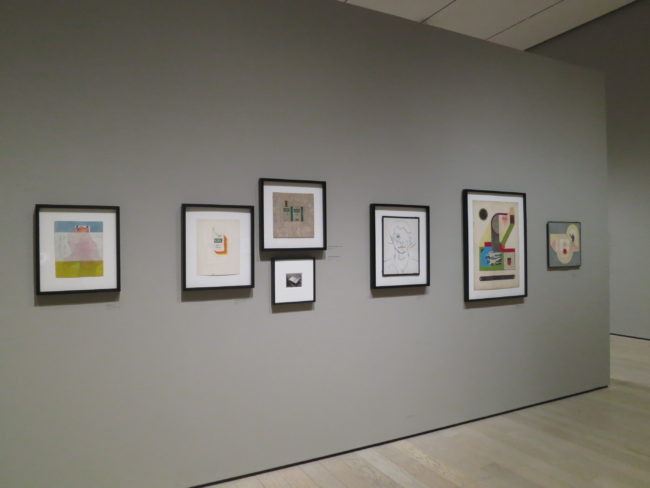 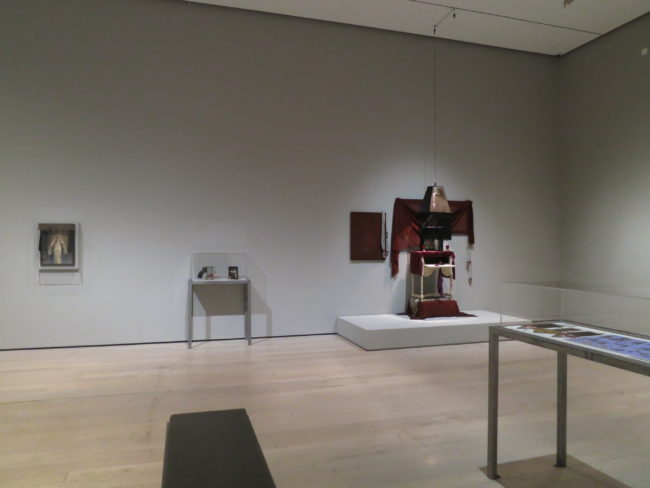 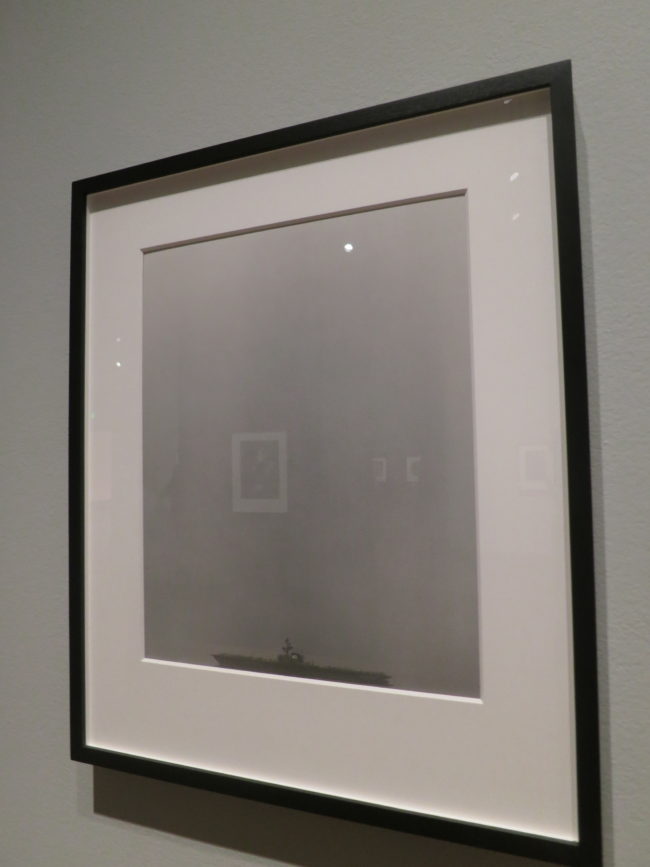 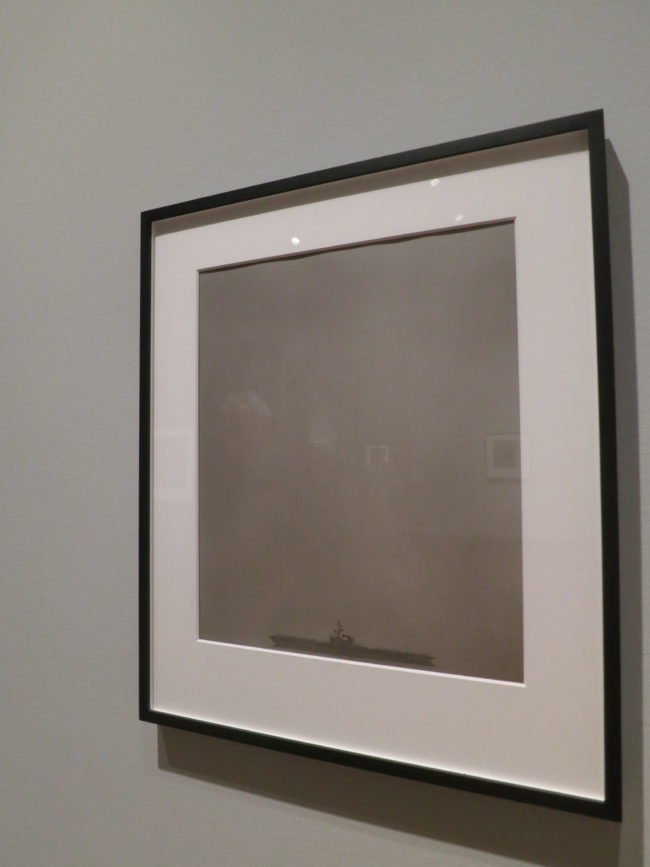 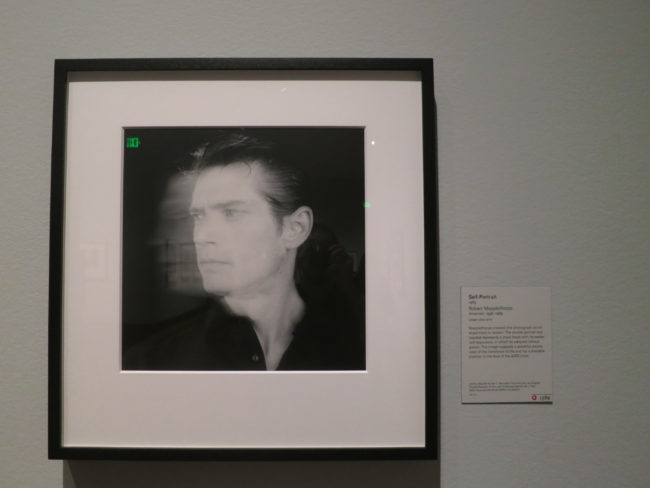 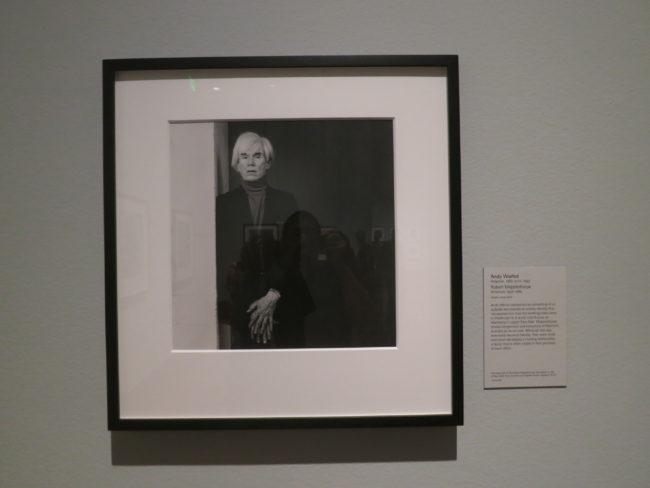 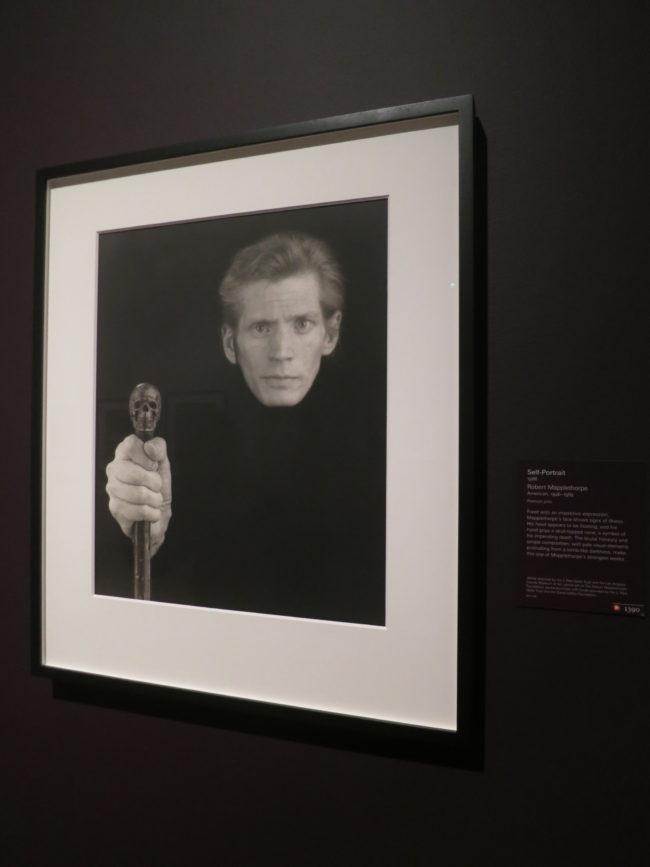 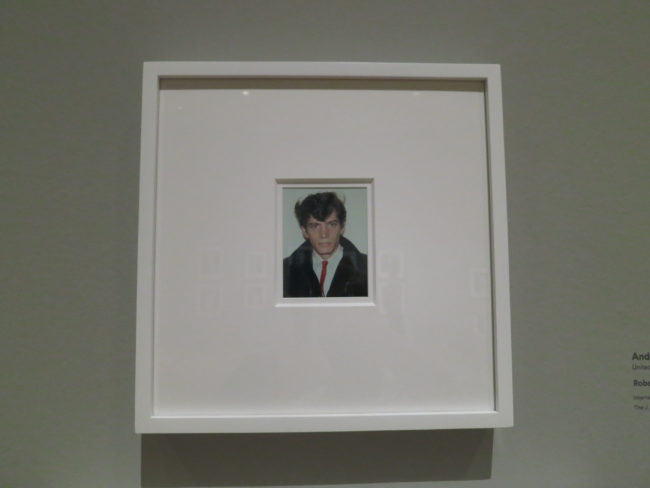 More (including the explicit images) can be seen here.

Homepage » From The Field » Robert Mapplethorpe at the Getty & LACMA