You know me by now.

Opinions typically flow from my mind to my keyboard faster than OJ Simpson running through an airport to catch a plane.

It’s rarely hard for me to write, and by the time I’ve finished an article, I don’t even know how long it’s taken me. I live and die by the flow, and normally it’s all about the living.

Today, I’m struggling to gather my thoughts, like a chef who just can’t figure out the final ingredient to give his soup the proper complexity. (Thyme? Red Chile? Oregano? Paprika? Help!)

I guess it was bound to happen, as the end of my crazy academic year dove-tailed perfectly with my recent trip to San Francisco, and an over-abundance of writing projects.

Basically, I’m burned out, yet finally staring at a summer schedule that will give me a chance to recharge, and summon new ideas with which to bombard you every Friday. I’m only human, and muscling through a column every now and again is not the worst thing in the world.

The problem is that, like last week, I’m trying to figure out a way to write about a small, brilliant part of a larger, still- interesting exhibition. I get the feeling that SFMOMA did not exactly appreciate my efforts last week, as the PR folks there have suspiciously ignored my emails since.

Those guys gave me swag, which was a first, but likely didn’t realize that I speak my mind, and am not afraid to offend. Similarly, Pier 24, the free photo exhibition space on the Bay in San Francisco, also welcomed me graciously.

They arranged for me to visit in-between slots, (there are 3 per day,) and then Associate Director Allie Haeusslein met me for an impromptu interview as well. I felt special, which is one way that organizations encourage journalists to dull the blades of their metaphorical rapiers.

So let me state the obvious here: Pier 24 is pretty amazing. It is a 20,000 square foot exhibition space that is free, open to the public by reservation, and devoted to crafting an unparalleled viewer experience. They only let in 30 people at a time, (excluding the rare journalistic privilege,) so you never have to worry about tripping over your neighbors.

Their current show, “Collected,” is devoted to the collectors who support the Bay Area scene, as is the new “California and the West” show at SFMOMA. It is hard for me to write that, and still tame my sarcasm, but it is simply the reality in America 2016.

We all know about the 1%, and the 1% of the 1%. We know that America is literally, TRILLIONS of dollars in debt, and that China has overtaken us as the most dynamic, if not largest, economy in the world.

Oil-rich kingdoms may drip black gold, but everyone in the US is busy trying to cleave off a slice of some billionaire’s cake. And as art has not been deemed particularly necessary in a STEM-obsessed world, museums and artists alike are now extremely beholden to the contemporary patrons. (Everything old is new again, right?)

The stark truth is that the degree of wealth concentration has only increased the power of those with mega-resources. And the Bay Area art scene was proof positive: pride of place goes to the capitalists, right now, not the content creators.

There was no gallery guide at Pier 24, when I visited, as it had yet to be printed. But there was a little catalogue devoted to the collectors, each of whom had a room displaying their treasures. And we’re talking about “World Class” work here, including luminaries like Robert Frank, (who gets his own gallery,) Gerhard Richter, and Cindy Sherman.

There was an excellent room filled with the F.64 female artists: Alma Lavenson, Connie Kanaga, and Dorothea Lange. Irving Penn popped up, unannounced, with a wicked portrait of Georgia O’Keefe, and contemporary work sat beside mug shots of anonymous 1950’s women, whose sorrow will never be properly revealed. 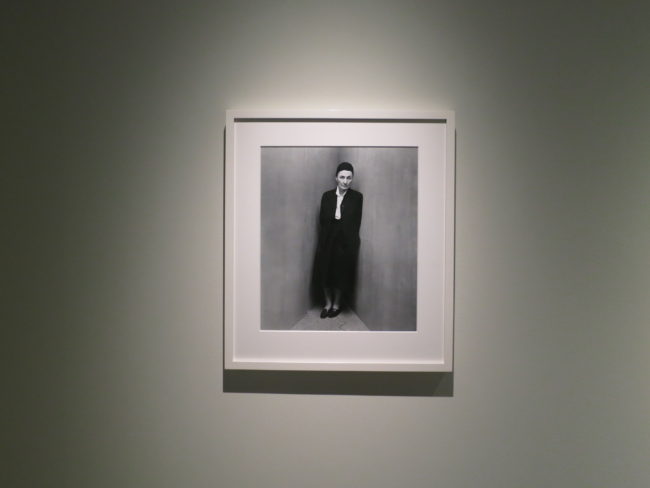 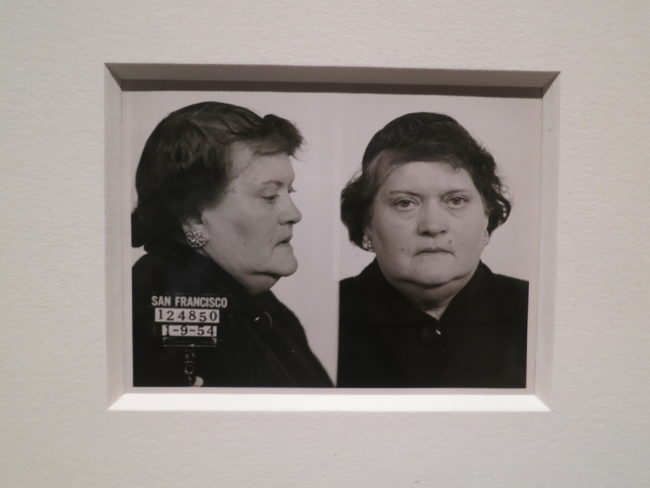 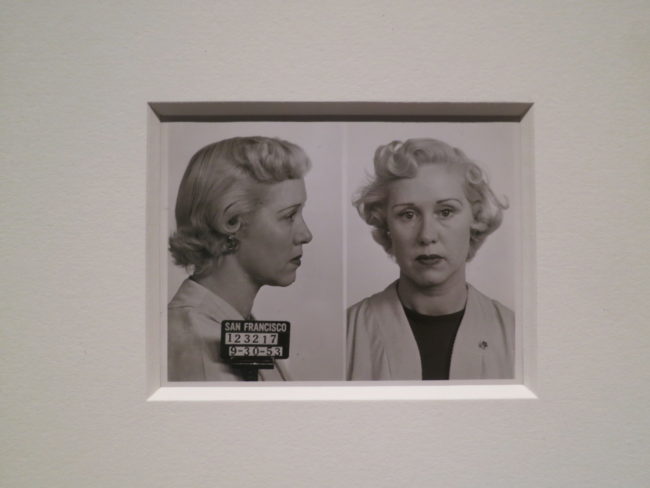 Pier 24 rocks, and we should all be thankful that the Pilara Foundation chose to turn its necessary storage space into a cutting-edge exhibition facility. (Gleaned that little tidbit from my interview with Allie.)

Basically, the first 1.5 hours of my visit there were spent looking, thinking, and occasionally trying to guess who made the work. (Unless it was blindingly obvious, like the Frank room.) Allie also said they were intentionally challenging viewers by denying them wall text, so that the pictures could drive conversation, rather than the artist’s name.

But at the end of my visit, I bumped right up against the kind of “Spectacular Artistic Vision” that reminds you why you got into this business to begin with. (Courtesy of William Eggleston, the god of color photography.)

This show, “Collected,” features two rooms filled with nothing but images from the artist’s seminal “Los Alamos” series. If color photography had an ur-text, this would likely be it.

All around me, I saw snazzy old cars, burger stands, Coca Colas, and saturated skies. I saw a naive America, one packed with racial tension, as we are today, but with a chest puffed up with its sense of destiny.

I saw an America that was united in its favorite color: Coca Cola red. Again and again, Eggleston utilizes it, often distinct from Coke itself. Matthew Weiner, another great artist, chose to close his seminal “Mad Men” with a Coke and a smile, and we all know that Coke is a powerful, wealthy, publicly traded corporation, selling toxic sugar-water.

But back in the 60s, I think it represented more than that. It was American entrepreneurship, sugar and caffeine married together, bubbles of effervescence, and a depth of color that we now associate with Target.

Coke was America, as it saw itself. Energetic, world-beating, sweet, earthy, and endlessly satisfying. It was America’s mega-export, before McDonalds.

I always tell my students that light creates color, and color creates mood. These pictures, stacked with deep Red, White and Blue, are as romantic as it gets, in particular because they make sure to balance with loneliness and ennui, rather than veering towards boosterism and propaganda.

(I asked last week when exactly Donald Trump thinks America was great, and I suspect this is what he has in mind.)

I’d bet anything that Mr. Eggleston never thought of this work as a paean to America at the height of its power, with undercurrents of controversy and violence. But a country built on violence and controversy can not begrudge, if it remains deeply embedded in its national character.

He’d probably just say he was out taking pictures, because that’s what you do when you’re a photographer.

Part of why I do get burned out sometimes, in the dual role of artist and critic, is that I yearn to see work this good more often. When Eggleston was out there shooting all the time, (because he apparently didn’t need a day job,) there were dozens of photographers chasing the same desire.

Now, there are tens of thousands of us. And greatness does not go around in that type of supply.

If you want to get better, I’m always telling you, go look at the best stuff. If you’re lucky, you don’t even have to get on an airplane to do it. (I do.)

But if you live anywhere near the Bay Area, hit up the Pier 24 website and book a place to see this show. You might well be seduced by the beautiful-if-veneerish Richard Learoyd room, or the dazzling music-industry gallery featuring the collection of Nion McEvoy.

There are millions of dollars worth of work on the wall, and even rooms that challenge what you think you know about photo history. (In particular two galleries teeming with lesser-known, feminist photographs from the 70s. Yes, there were a lot of boobs.)

For me, spending twenty uninterrupted minutes with Eggleston’s genius was a blessing. It reminded me that finding your own voice is necessary for true cultural impact, and that we’re living in a time when our culture is so striated that almost no one can touch all of America at once. (Good luck, Beyoncé. Have fun, Disney.)

But when we get the chance to steep ourselves in the vestiges of innovation, and the color palette of a once-dominant Empire, it normally costs more than what Pier 24 is charging.

Nothing.
Nothing at all. 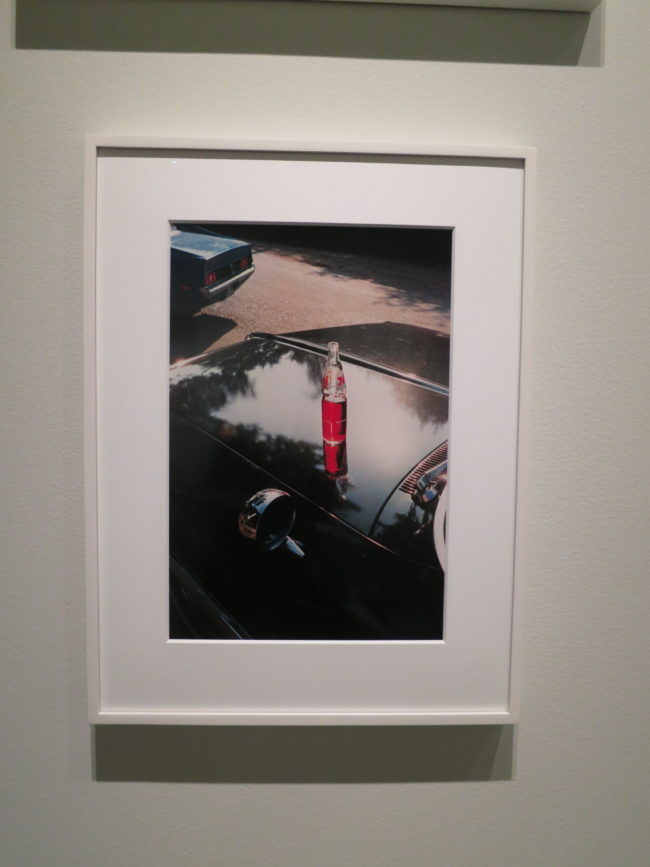 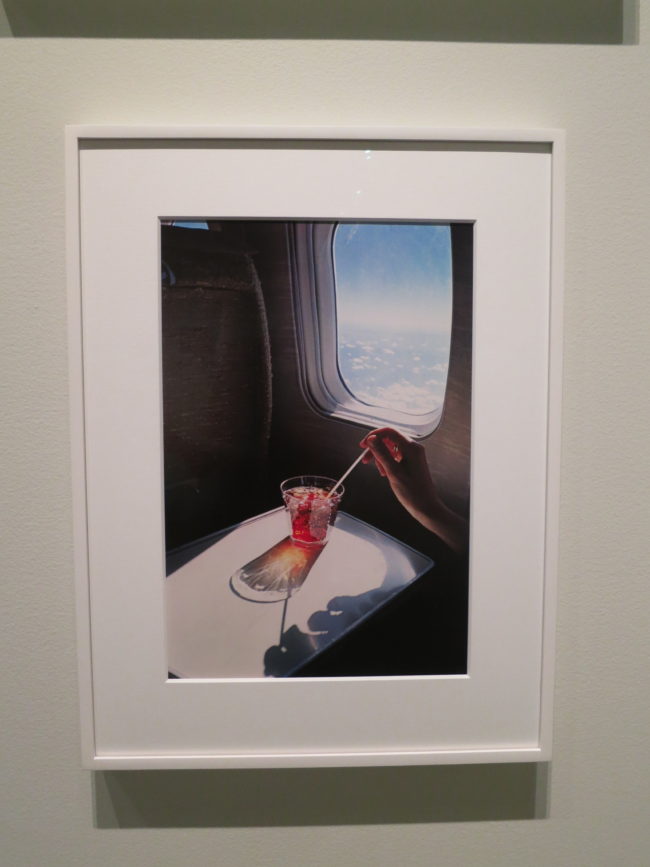 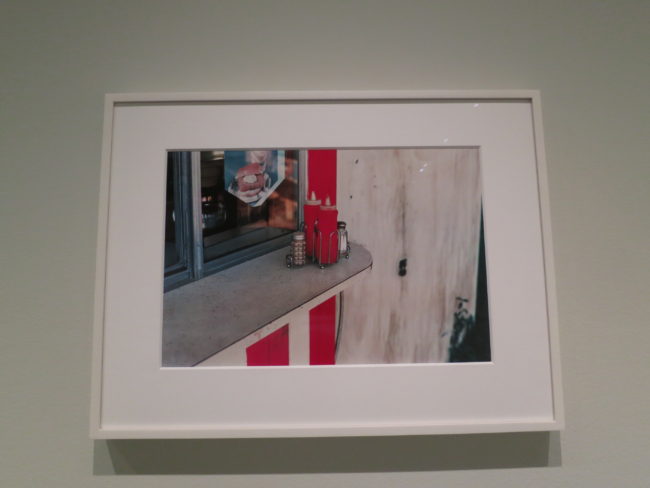 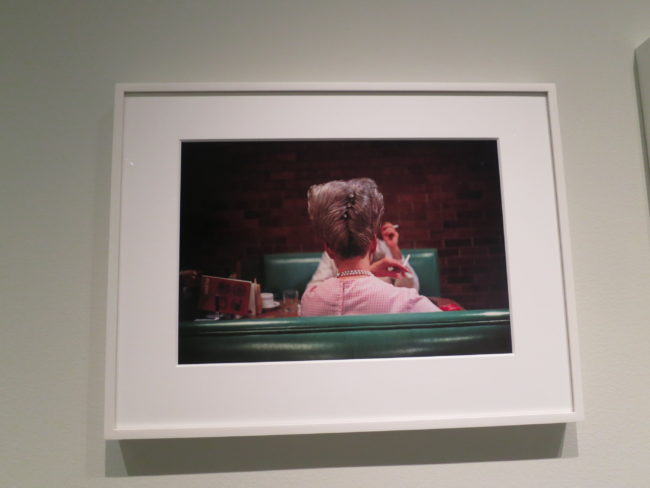 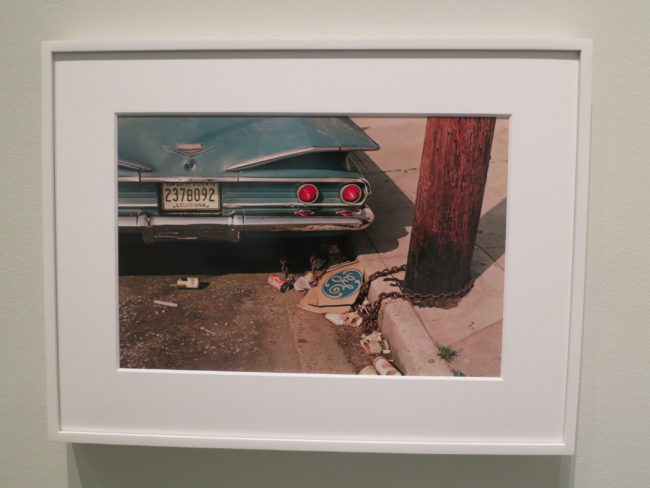 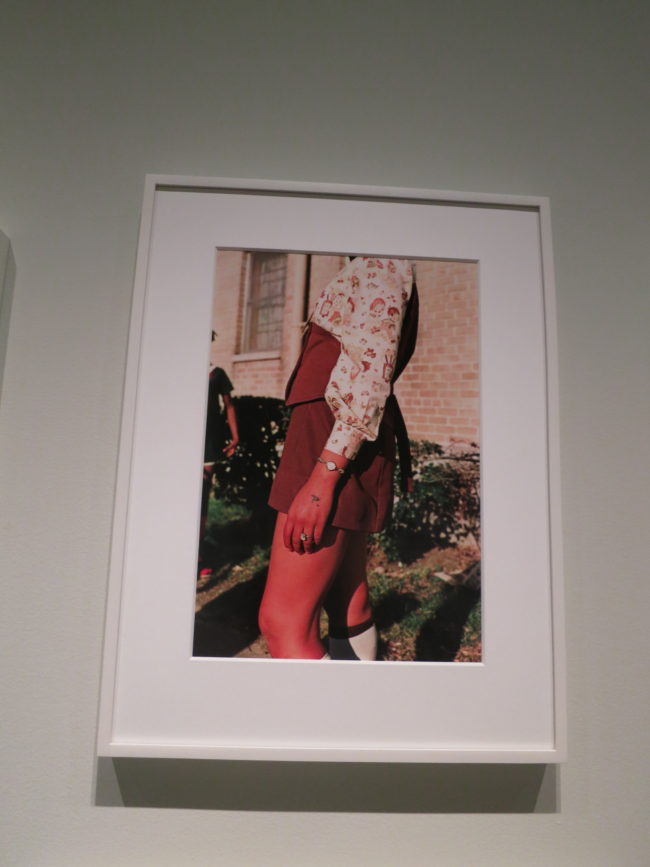 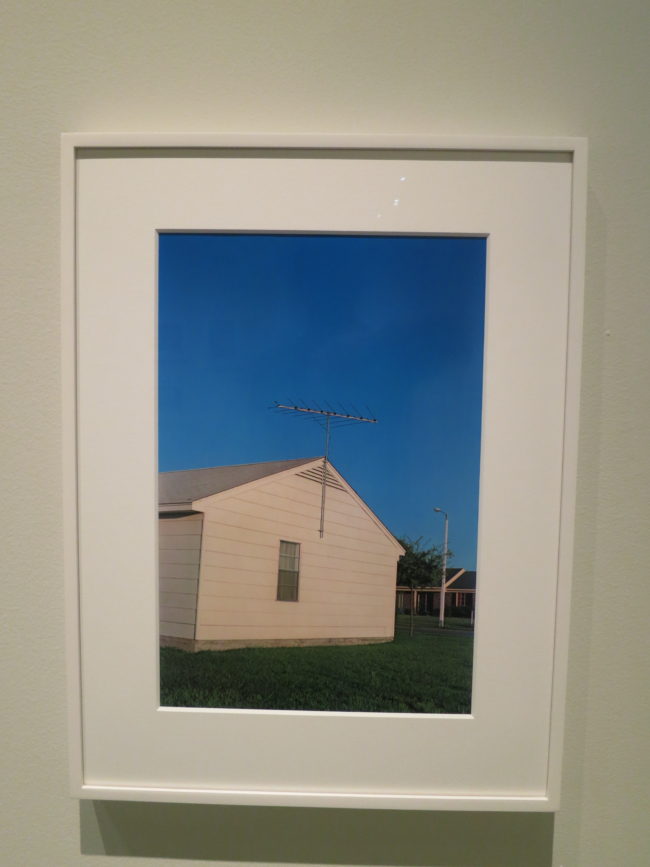 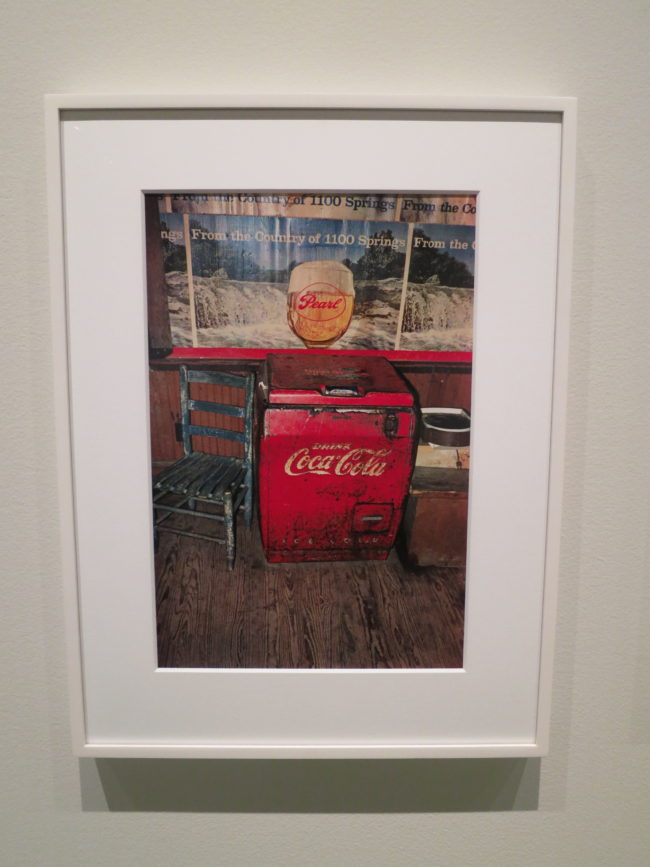 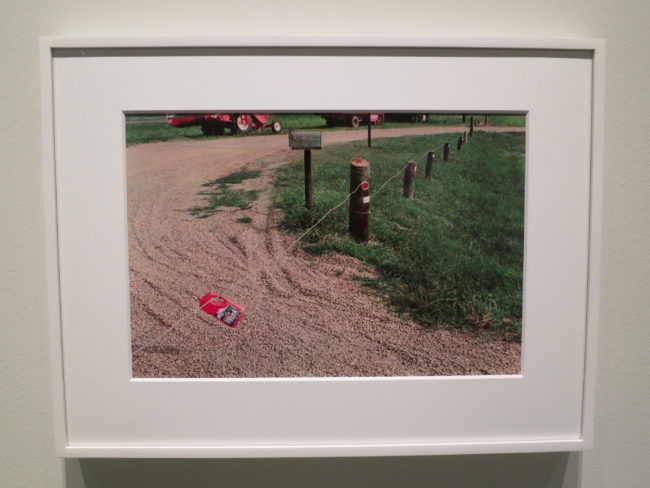 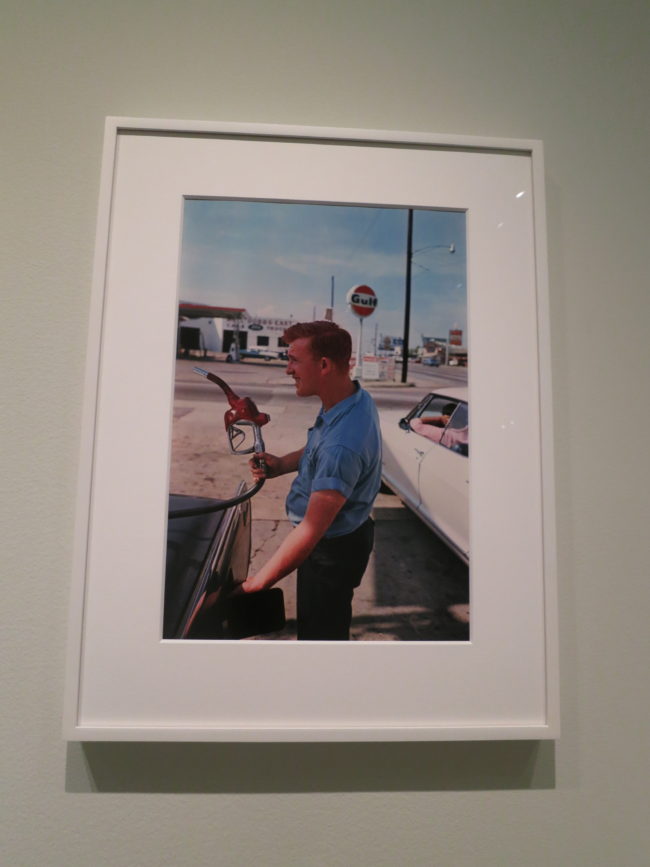 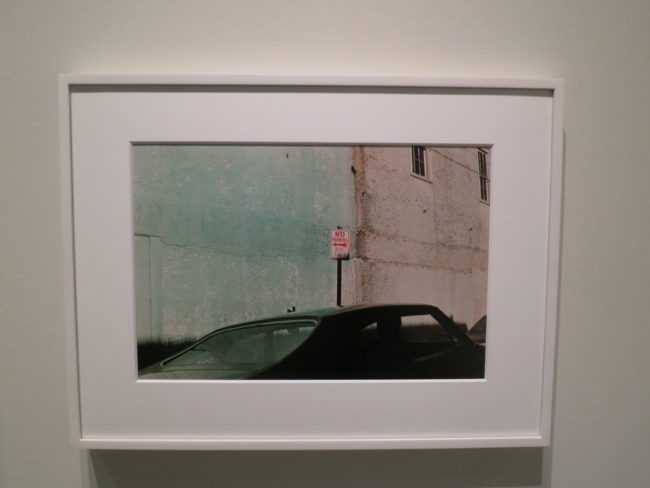 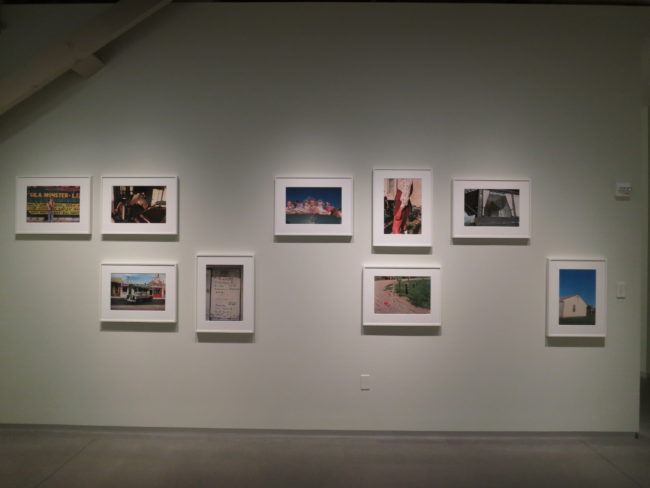 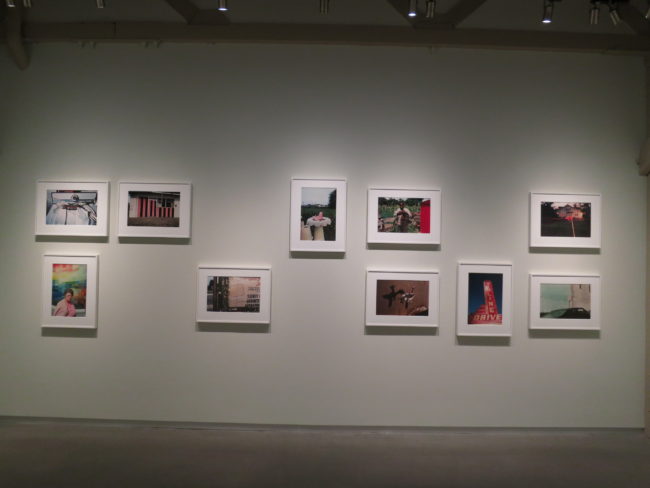 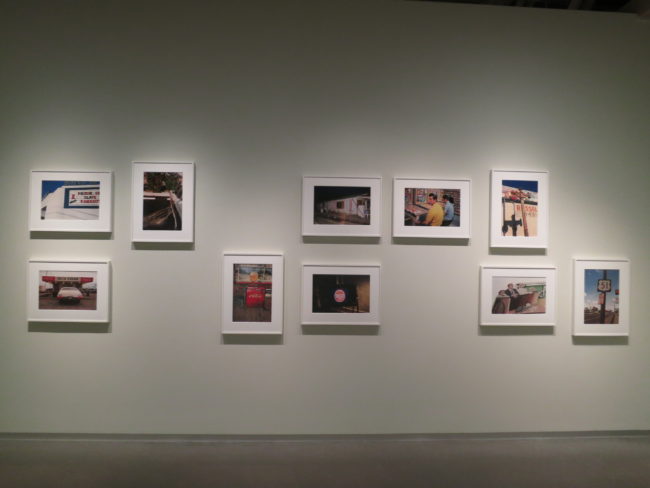 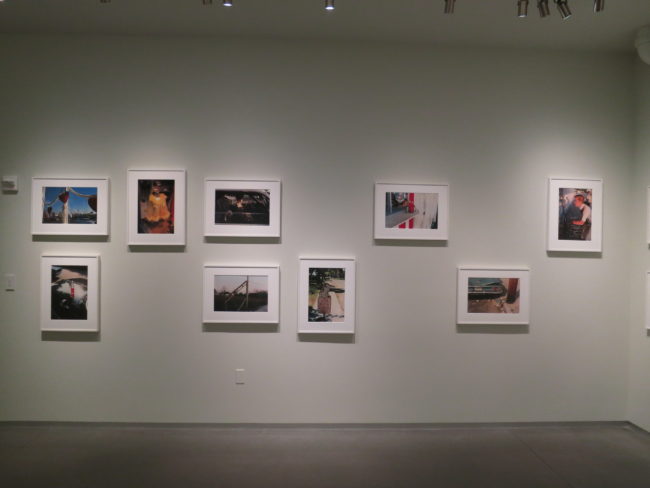 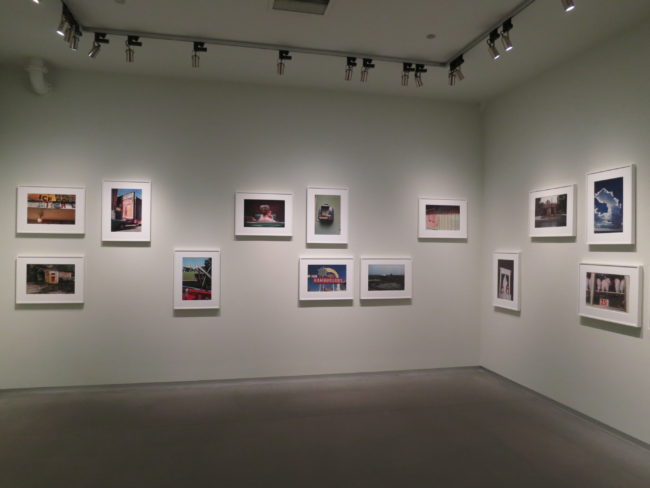 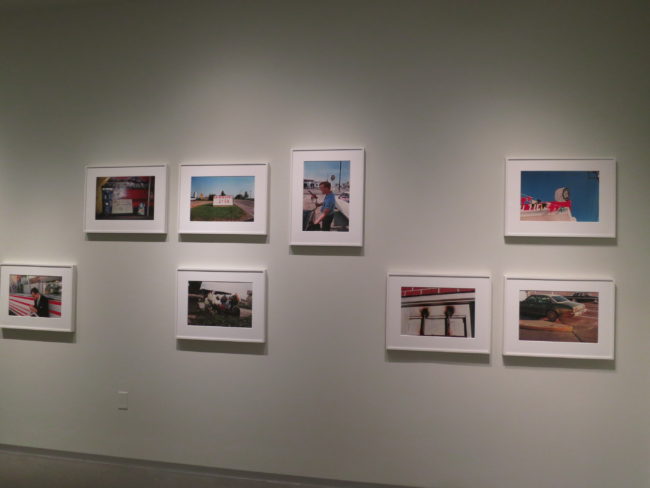 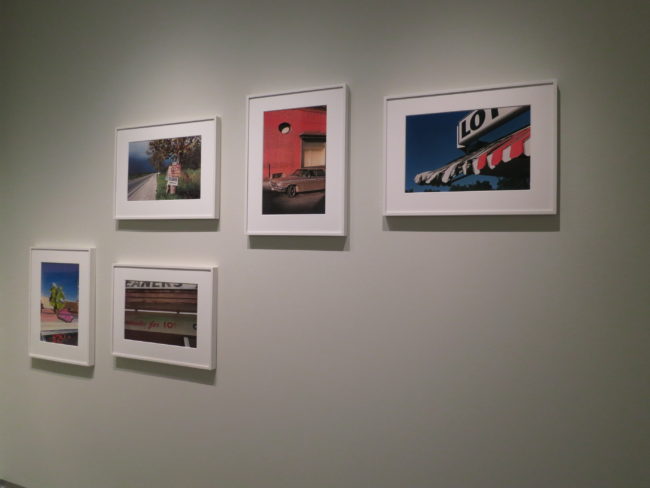 The Art of the Personal Project: Charles Schiller 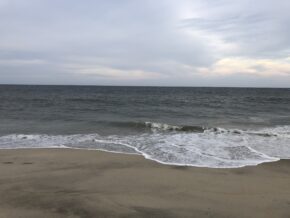