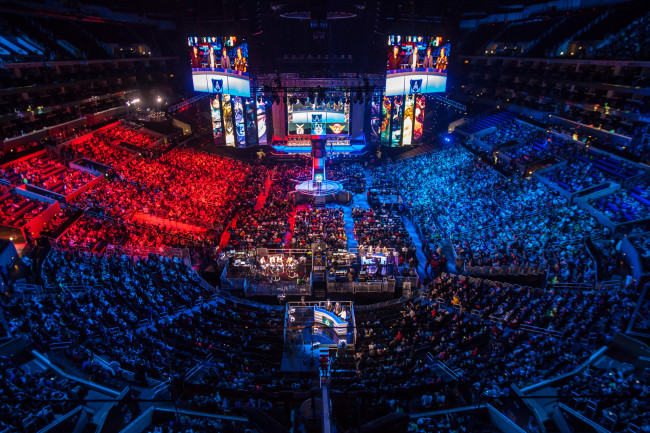 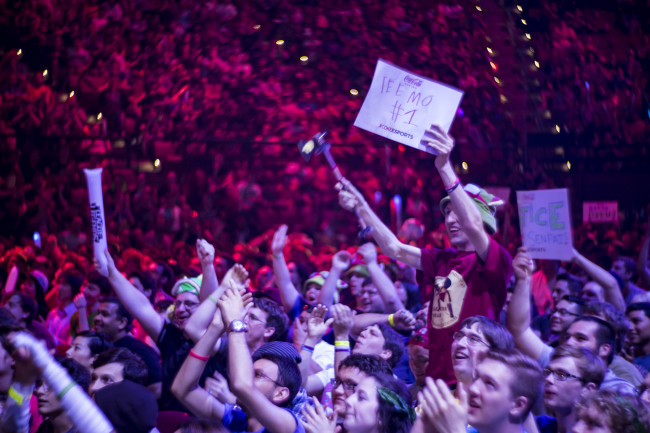 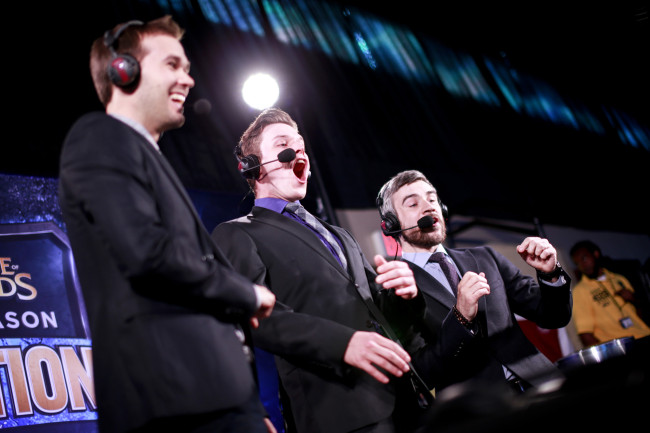 Shoutcasters for League of Legends 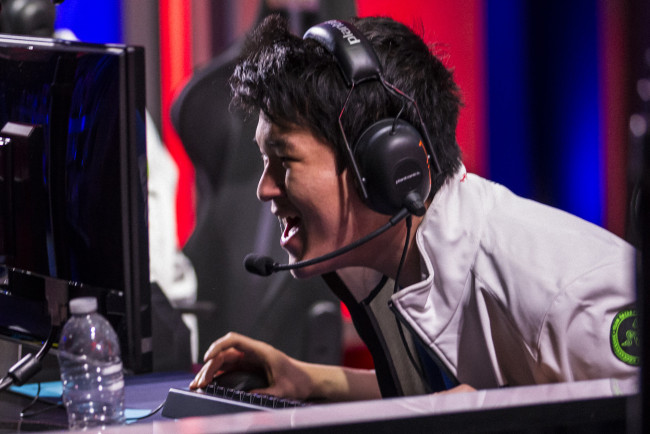 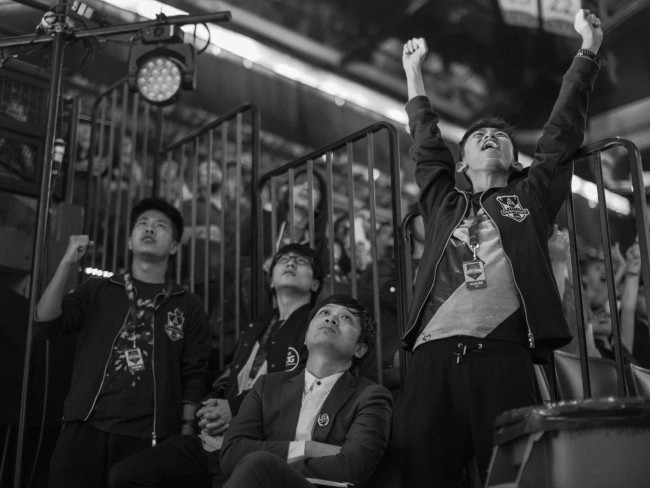 Members of team EDG cheer on their team 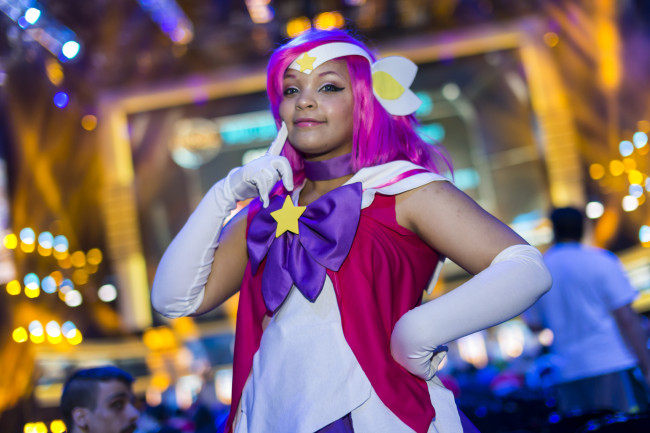 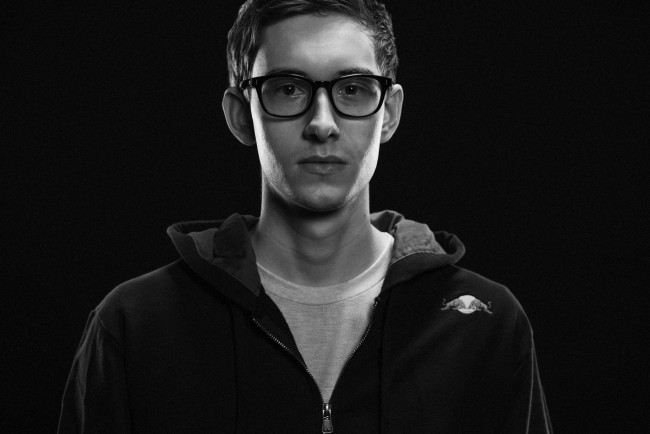 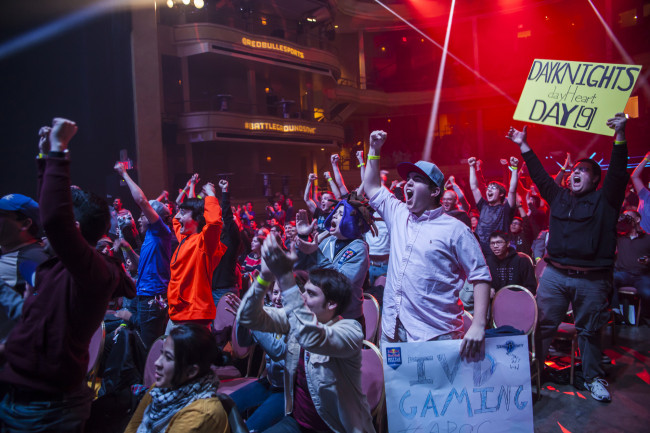 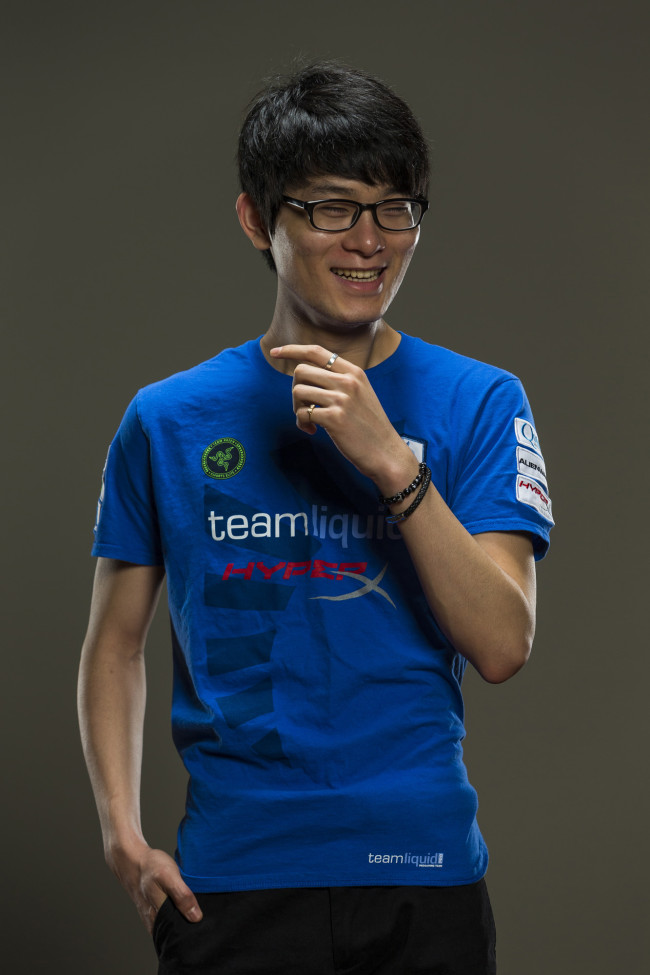 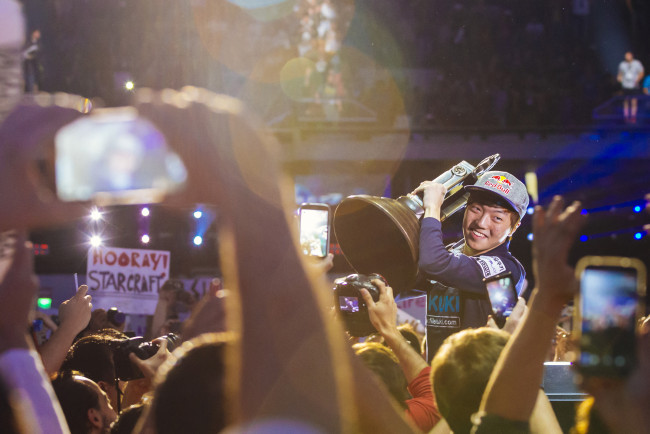 How did you get involved with eSports, are you a gamer?
No, actually, I’m not. I would love to get into some of the games, even on a beginner level, but alas I don’t have the time to commit. I kind of fell into eSports very serendipitously. Red Bull started doing eSport events a few years ago, and I was asked to shoot one of those, which led to another assignment shooting purely editorial coverage of a third-party event, which was actually the 2013 World Championships of League of Legends. Coincidentally, a Red Bull colleague went to work for Riot Games, and threw my name in the mix, and I’ve been lucky enough to be involved with their events since then.

How is shooting this different from shooting a live sport event which I know you often do for Red Bull?
Well, I’d say the main difference is the fact that it’s such a static thing that’s going on. The players are obviously super engrossed in the game, and in the zone, and not much really happens on stage. With the Red Bull events I’ve shot, such as Double Pipe (a double-halfpipe snowboard event), or a Flugtag, there’s a ton of things going on, with a lot of movement; you’re looking to capture the peak/grab of a snowboard trick, or the best angle to show a craft in ‘flight’ so you’re constantly on the move. Naturally eSports doesn’t involve a lot of movement; most of the times the players don’t show much emotion on stage, unless they win the tie (it’s a multi-game format, say best of 5), so I’m always looking to show the energy of the whole event, be it by shooting as many angles and lenses as I can manage, or by focusing on the crowd, which is really where the energy is. The fans go crazy, just like you’d see spectators at an NBA game, it’s amazing.

Because the fans are so engaged (there are a lot that come in Cosplay of their favourite characters, they chant for the teams, they jump out of their seats and cheer) it really makes for great visuals. People often can’t imagine these events, and how thousands of people (Riot Games filled Madison Square Garden, for two days in 2015, at one of their events) can watch other people play video games, but when I show them the photos of the fans, it’s akin to a cartoon lightbulb going off above their heads. The fans are the key to the experience, and it’s shooting them that really helps to show what these events are all about. The ones that get dressed up in Cosplay really love being photographed, so that makes it easy.

One interesting thing, which happened a couple of times, at that MSG event I mentioned, was I had two or three fans ask me to sign their posters for them, purely because I was shooting for Riot.

What type of direction do you get from Riot Games when shooting for them?
They’re great, they don’t give us too much strict direction, other than “tell the story”, “show the fans”, “get behind the scenes” and so on. There’s naturally a lot of facets they want covered (the queue of fans waiting to get it, the players hanging out in the team rooms, the crowd going crazy, the shoutcasters etc), but they leave it up to us (there’s usually two of us shooting) to get creative and tell it our way. We have unprecedented access to the players, and that’s what regular media don’t get, so it’s important for us to get close to them and show what you don’t see anywhere else. 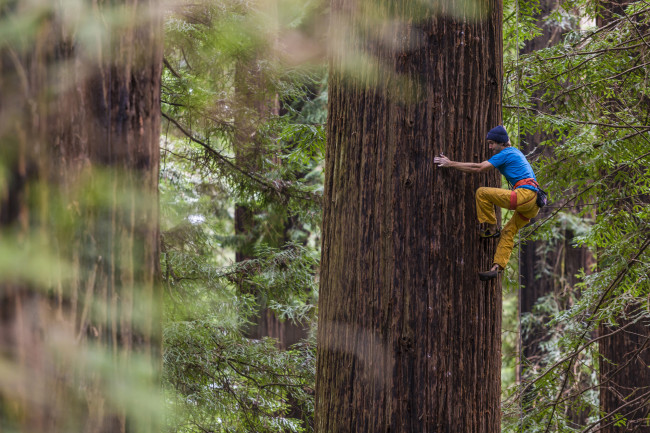 What other type of work do you do besides sports and events?
I actually shoot all sorts of things, preferably portraits and travel, but also music (shows/festivals). When I shoot for Red Bull, or when I collaborate with another photographer at events at which I’m editing, there’s such a range of things to shoot.  These events are a great chance to practice shooting diverse content. Hence, I’ve been able to add BMX, snowboarding, climbing and various motorsports to my portfolio.

I mainly love to shoot portraits, where I enjoy throwing a few lights in the mixer, be it a studio-style shot, or preferably on-location. I love the challenge of trying to find a location on the fly and get a nice shot out of it, which often happens when you have an artist for just a few minutes at a show, and don’t want a static shot in front of a boring wall.

I get to travel a fair bit, whether on the road on shoots or taking vacation, and always make sure to have a camera with me, especially when I’m in a different culture. There’s so much to see when you go somewhere new, and I’m always on the lookout for the details that tourists wouldn’t normally look for, like the local people going about their business, markets, pretty much anywhere there aren’t a thousand tourists pointing iPhones in the same direction. It’s definitely an area in which I’d like to get more involved. 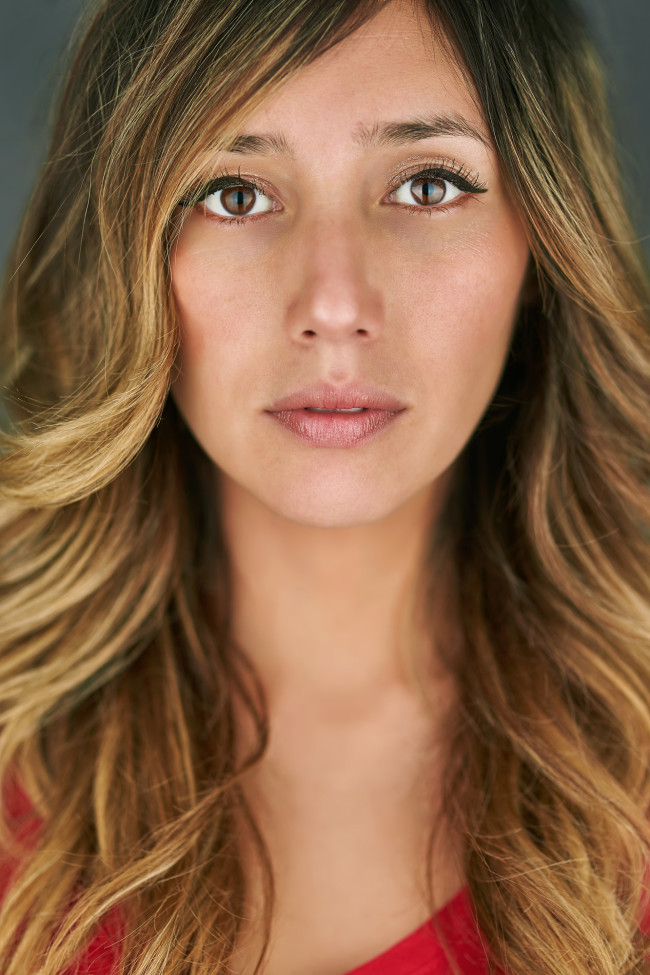 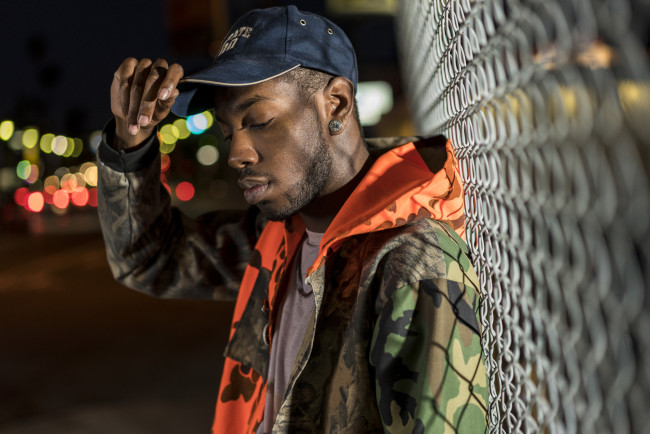 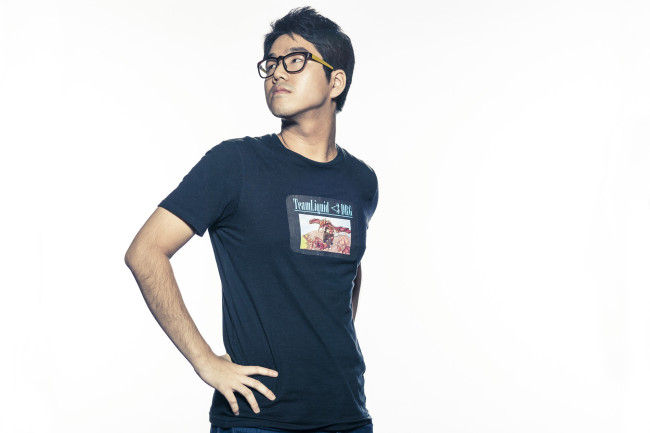 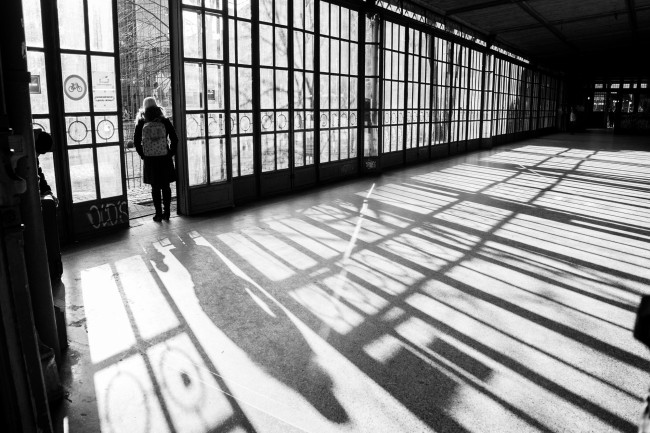 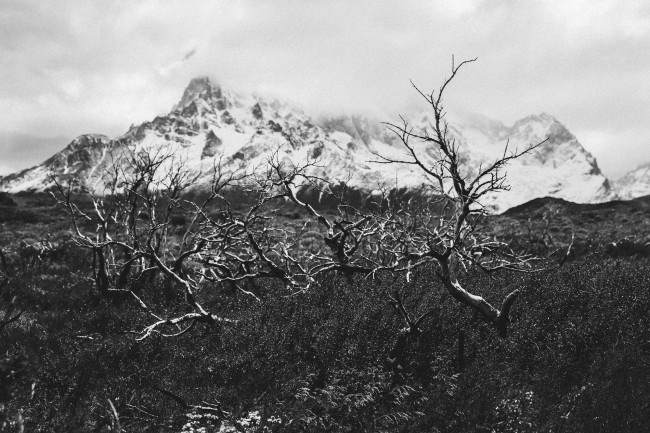 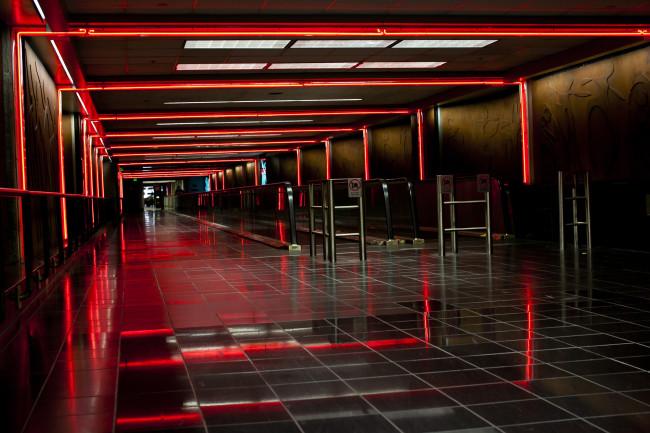 How has being a photo editor influenced you as a photographer?
I’ve been able to work with some great photographers over the years, and hence have been able to observe different skills. Not just lighting techniques, though of course that has really helped me hone my portraiture, but also the way they handle the talent, location-scouting with little time, how to devise an event workflow, where the turnaround is very quick. It’s obviously not brain-surgery, but they’re all invaluable skills to be able to acquire from established professionals. I see a lot of work, so have been able to learn from a range of work, from the mundane to the brilliant, so seeing all that has helped establish a kind of mental yardstick of where I know I want my own work to be. There are a few photographers with whom I’m friendly, and to whom I owe a large debt of gratitude in helping me be where I am today (they know who they are – thanks guys!).

Can you edit your own work?
Hahaha, you would think that would be one of the skills I’d have really pinned down, wouldn’t you? It’s something I actually still struggle with, insomuch as I find it tricky to make a cohesive selection from a large body of my own images. When I have to, then of course I am making a narrower selection, such as after a music event, when the turnaround time is by 9am the following day, but that’s mostly motivated by a need to get some sleep!

I can zip through anyone else’s batch of, say, 100 images, and very quickly narrow it down to the 20-25 I think tell the story in the most concise way, but doing that with my own work is a struggle. I do what I really shouldn’t do, and that’s get attached to certain images. I think it’s always valuable to have another set of eyes look over your work, which is of course why outlets have Photo Editors in the first place. Sadly, I still fall victim to what I always preach not to do. Do what I say, not what I do, I guess!

I saw that the New York Times profiled Call of Duty player Matt ‘Nadeshot’ Haag not so long ago. You were also taking photos there, in the Red Bull High Performance Lab; how do you make yourself a fly on the wall but still get the shot.
Actually, the good thing about the HPL is that the guys are really relaxed about having a photographer in there; as long as I don’t get in the way of what they’re doing, they haven’t ever moaned at me; at least not to my face. As long as the subject are cool with it, I can get right in there and very personal with them. The good thing about eSports athletes, in my experience, is they aren’t as wary as pro sports athletes and don’t have inflated egos. The only thing is they tend not to be so savvy about being on-camera, so it’s a balance between making them feel awkward and getting ‘in there’ enough. Matt, on the other hand, was great to work with, and as he already knew me (I shot portraits of him when he signed with Red Bull), so that really helped me out. The tricky thing was how to make my photos look different than the NYT photographer’s, so I used off-camera strobes a lot for accent lighting,

Hustle Is The Secret Ingredient In Professional Photography