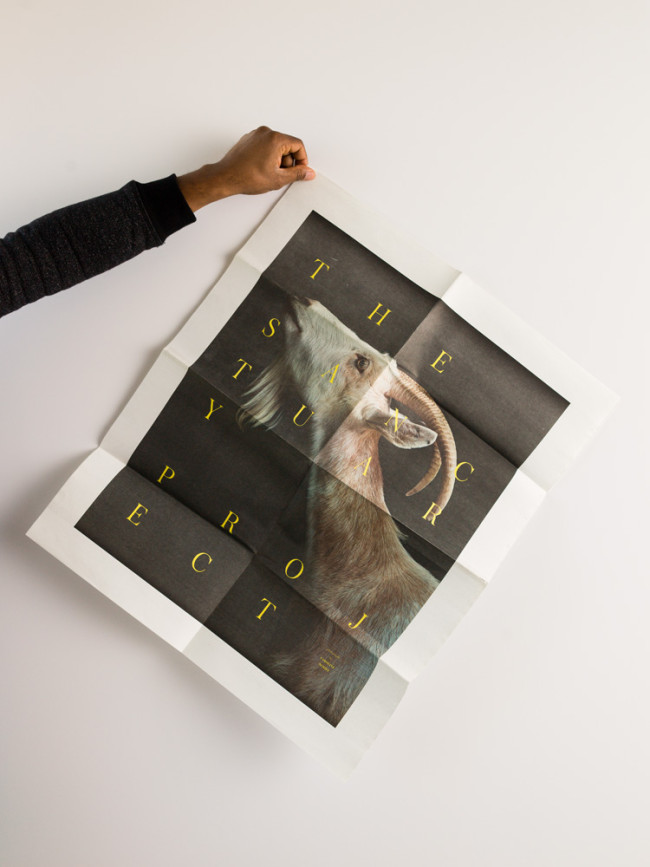 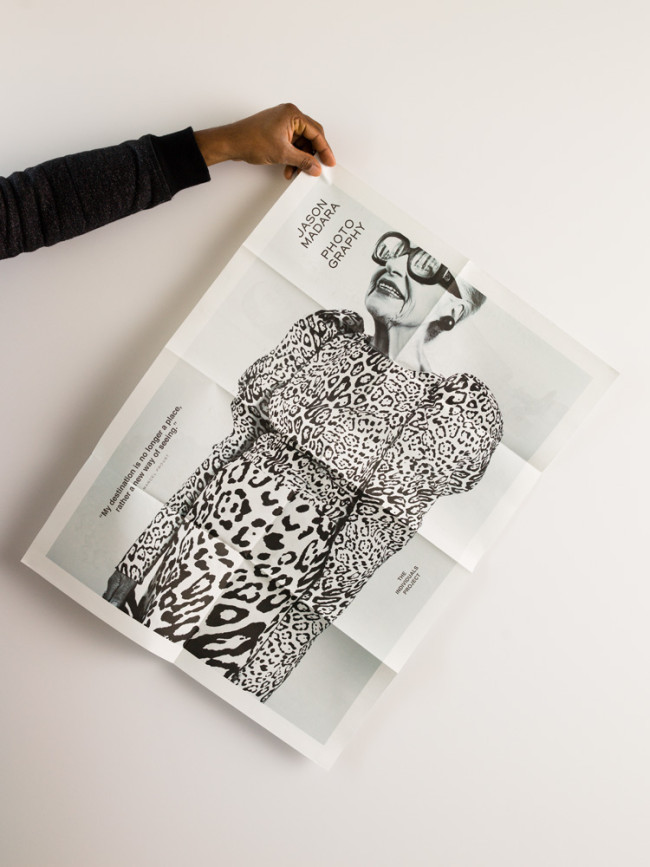 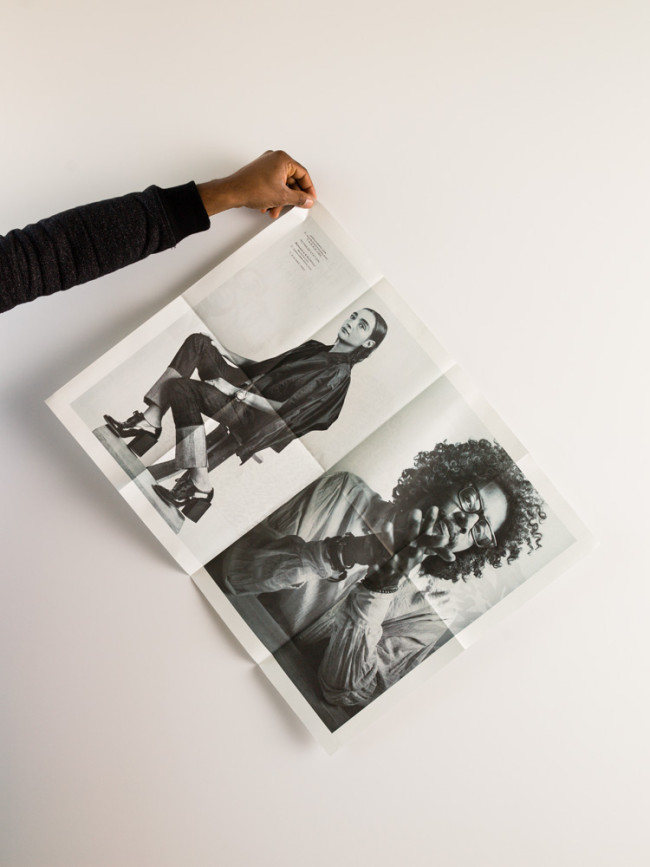 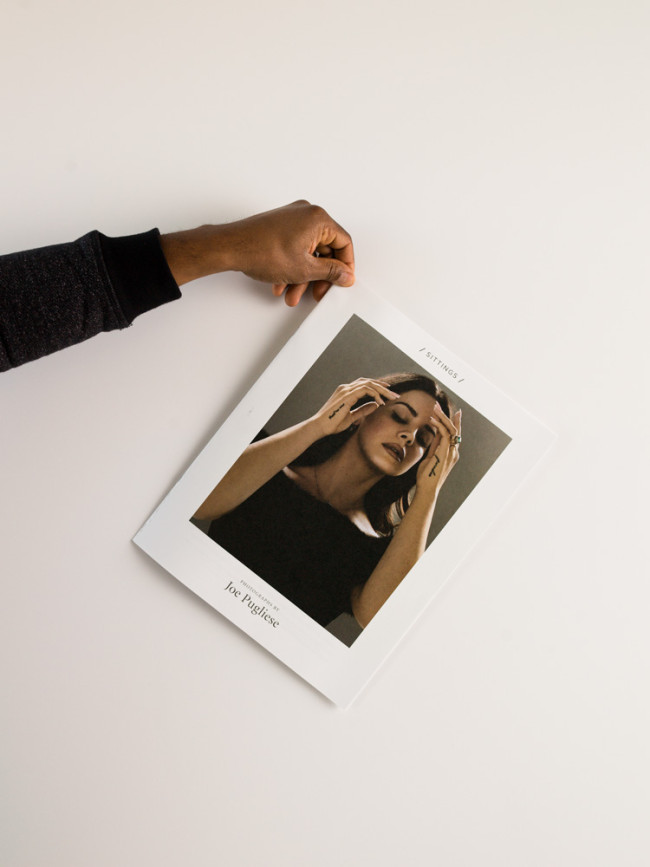 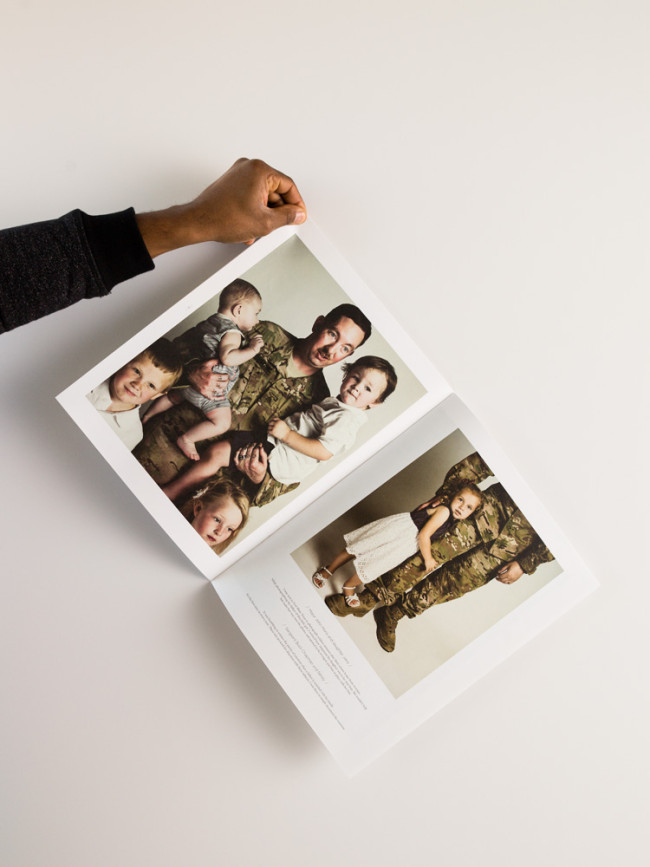 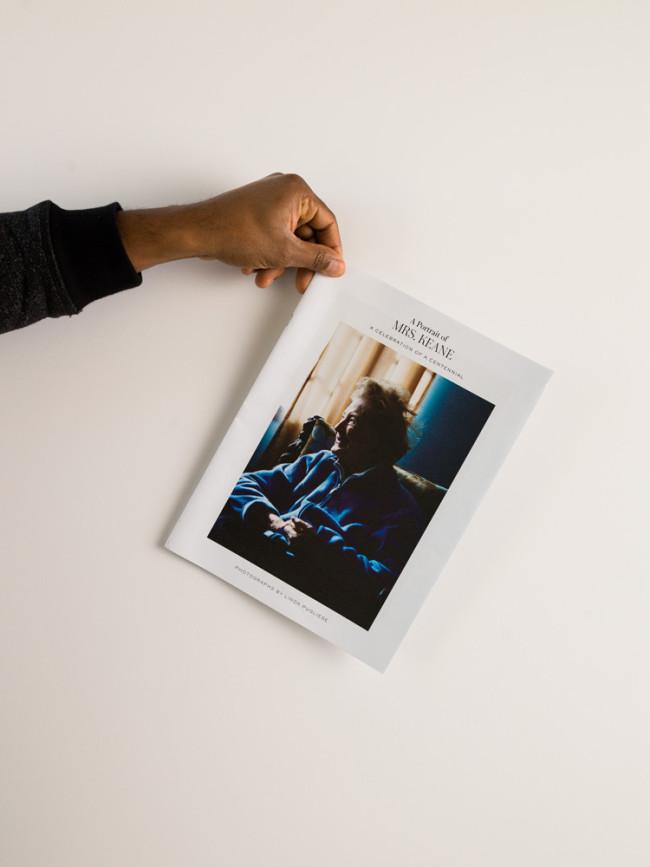 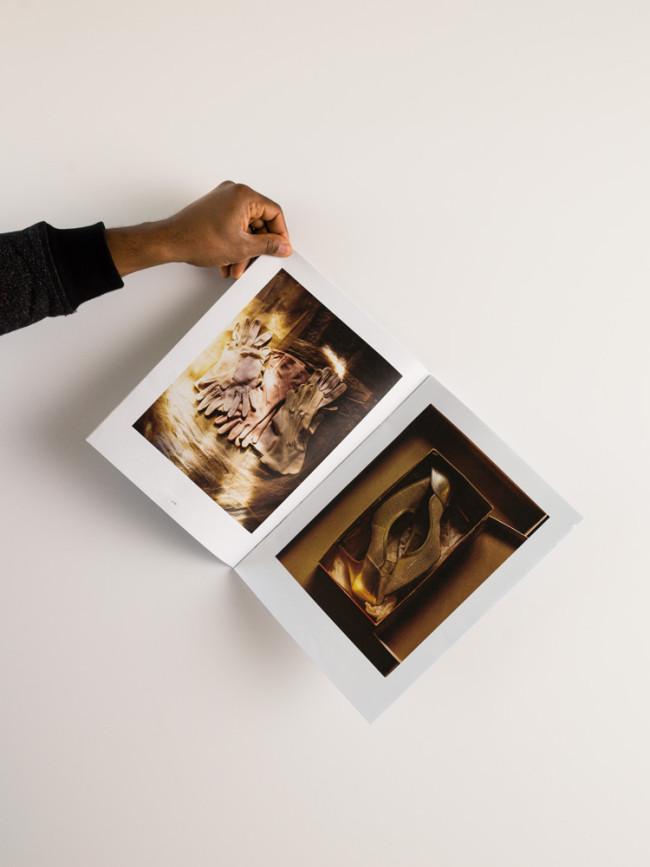 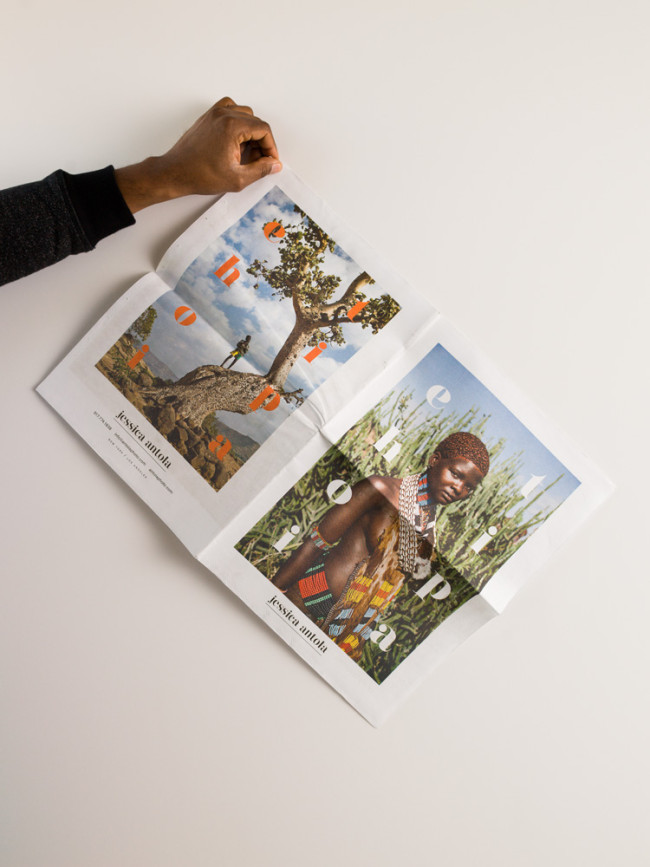 How long were you in the magazine industry and what skills transcended into the work you do now?
I was in the magazine industry from 1995 to 2011. I started at Money Magazine and went onto Entertainment Weekly. I moved to San Francisco in 1999 and continued at Health Magazine, MotherJones, Wired, ReadyMade and finally AFAR magazine. I’ve assigned and worked with a alot of photographers and developed personal relationships with many of them. My background in the magazine world helped in a couple of ways: It gave me insight into what art directors and photo editors/art buyers are looking for. I’m designing these promos for myself in an inverse way: I’m always thinking from the perspective of: “what kind of printed matter would I like to receive?” When I started my creative studio, I was working with Jason Madara, my studio mate. I’ve been his Jiminy Cricket for years, working with him on his portfolio and visual direction. I’m passionate and opinionated about photography. I believe in the emotional power of photography, but I’m also not sentimental about it, so I make my decisions quickly and definitively.

What are some simple decisions and questions that need to be addressed in order to hit marketing goals?
I ask many (annoying) questions of the photographers I work with. I try to get into their psychology and it works in two ways: to get them thinking about things they aren’t, and it gets me into their heads to find out what direction they want to take their work. I usually have my impressions, but this kind of relationship works best when people are hearing themselves make their epiphanies. The line of questioning is ‘Who are you?’ “What are you trying to get across?” I am always surprised at how that question throws artists off. I start with the big picture philosophy first. It forces people to dig deeper and think about the work they produce in a more personal way. The work follows those conversations. If she/he understands the message they are trying to put out in the world, it makes the ‘What images are we using’ and ‘How are we packaging it’ much more fluid. I’ve had a few conversations with shooters who are pure technicians, and don’t care about the meaning of their work. It’s all about what the client wants. I respect that. But that usually means I’m not the right designer for them. And vice versa.

What is the best “formula” you’ve developed for working with photographers?
It’s pretty organic. The design of a promo is usually a piece of an overall branding initiative. It’s rare that I just design promos alone, and it means that I think the work is compelling. I’m a big photography nerd, so I get excited (on my own) and start imaging how someones work can be presented that I think is incredible. I’m a big fan of talking on the phone, scheduled right after presentations. It allows me to get honest feedback and talk through my intent in the design. I’ve worked a couple of times with photographers who want to communicate primarily over email and I absolutely hated it, so I don’t do it anymore. Sometimes the photographer has a set idea on the body of work they want to use for the promo and other times they are completely open. They send me low-res jpegs of ‘everything’ within a body of work and I play around with a few edit directions and get a narrative theme (either through color palette, layout design or story). I send it to them. We keep talking until we’re both happy with the final edit. I think most photographers are terrible editors of their own work, so I argue when I believe an edit choice is being made emotionally on their part.

How is the conversation different between seasoned pros and up and coming?
Not as much as you might think. The seasoned pros just talk more (which is great). In most of cases the seasoned photographers I know haven’t sent out much printed work, and rely on their reps for their windfalls, so there is ambivalence of what the promo actually ‘does’. I’ll used Jason as an example: we’d been talking about doing a promo for 3 years (!) before we actually did one. He was featured in his rep’s own promo book, so he didn’t have any urgency about it.  I pitched a themed poster series to him last year and he got excited. But the process was like pulling teeth. After the posters were printed, he looked and he and said: “When are we doing the next one?” Up-and-Comers are sometimes more open to pushing the envelope, but have done less thinking about who are as individual artists. But I find similar patterns working with either set.

What advice do you have for anyone defining their brand?
I ask ‘Who are you?’ What separates you from others in the industry? Others in the same lane? Play to your strengths. Don’t try and compete. It’s all well and good to admire what others are doing, you should be paying attention to the marketplace, always, but I think it’s as important to remind yourself about what sets you apart. also: I tell photographers to stop designing their own work. Get a designer. It’s as vital to your brand as having a retoucher that completes your sentences. It’s your team, it’s your brand. Find someone who understands what you are trying to say and let them interpret your visual language. Work with someone who surprises you, and who you enjoy talking to.

Do you think there are more promos in circulation OR are we simply seeing more of them due to social media?
I think there are more due to social media. And let’s talk about social media. Because I don’t believe that posting to Instagram and tumblr is the same thing (or replaces) sending out a promo piece. Mobile devices can show sequential art, but doesn’t present a narrative with a beginning, middle and end. Books, magazines and promos provide that in a way that (I believe) will always be a part of the commercial landscape in some form.

What makes a memorable promo in your eyes?
I may sound like an asshole, but I don’t think an arresting image is enough anymore. In the age of Instagram and other social media tools, people have access to generally interesting images on a daily basis. I think how you present your images is what makes it memorable. The formula is simple, the more personal the better. Art Directors and Art buyers want to know how you think, as much as. When that is transparent, it became easier to imagine how you would be on set, or on location. It’s a way in, for people that may be seeing your work for the first time; and a reminder for the people that are familiar with you, and they should be giving you more consideration. I’m a sucker for designing promos with an actual story (the original and best meaning of that annoying word: content), bold type and smart layout design, so that’s what I try to create.

Do you have a staff at your studio?
I don’t have a conventional creative studio. I’ve been mostly a one-man operation. Most of the work that I’m doing is a culmination of designing for the past twenty years in the advertising and and editorial world. I get bored doing one thing, so I’ve created a studio where I get to work on multiple projects that play to my strengths as an art director, graphic designer, typographer and painter. I’m working on four book projects (based on my own ideas) that I’m developing and designing, as well as two fine art shows (one with my colleague, Jason Madara) coming up this year. Working with photographers is something I’m always going to do professionally and personally. It makes me so happy to see an artist cultivate their unique point of view visually. I just love it. I believe it’s possible to work commercially and maintain your perspective and vision. It’s a tricky balance, but when you do, it gives you life.

Tell us about what you do in addition to working with photographers on their branding?
I’m working on a few projects simultaneously. I’ve been working on a portrait series with Jason Madara called The Individuals. It’s a study of The Bay Area through portrait photography and the people (at present count, over 200 names) who have defined innovation across industries (science, arts, technology, academia, etc). It’s an ambitious project: we’ve been shooting it for the past year and will be shooting for at least another year. Jason is the photographer and I’m the art director, but on-set we have a weird shared-unit brain. Right now, the project only exists publicly on my Instagram account (#TheIndividualsProject) and on Jason’s website, but we are working on a book and photography exhibition. You can see the images here: Individuals 1
Individuals 2

I’ve also been working on series of hand painted typography over the last year. It’s based on phrases from my coming-of-age and quotes I hear from the people around me. I’m always writing down what I see and hear around me, and one day I decided I wanted to start the exercise of painting. I’ve been using watercolor because it’s malleable. I’ve been getting magazine and private commissions the last few months, which was unintentional, and has been a lot of fun. I have a fine-art show called The Type Note Series coming this spring.

Another project with Jason Madara is a set of figure study nudes we worked on four months ago. It’s becoming a fine art photography show at the Negative Space gallery in San Francisco. It’s a rich collaboration between him and I. We push each other creatively and its very rewarding experience.

I’m painting a series of portrait of pioneers for Black History Month. I’ve been researching more unknown (a few well known notables) and painting their portraits, using pencil, pen, ink & watercolor. I’ve been approaching each portrait in its own style, finding the personality of each person and treating them as the individuals they are. The unifying factor is that they are all in black and white. You can see the work here

On the surface it’s a diffused assortment of work, but the collective thread is that it’s all my own personal interests. I’m very curious about identity, and how we, as people, present ourselves to the world. it informs most of what I’m drawn to in commercial (and fine) art.