This Week In Photography Books: MBLCK

Such a basic word, for such a complicated concept. Even now, as I type these clean, black letters on the bright white Retina display, I’m aware they’re not as they appear. I see letters, yes, but underneath the alphabetic structure lies a string of numbers.

Most of us are aware that binary code underlies the entirety of Digital Reality, which has eaten the Real World whole, like Goya’s depiction of Saturn devouring his child. We live so much through our screens, and all is illusion.

Ones and zeroes stand in for electrical impulses. On, off. Yes, no. If, then.

But code, or the masking of one set of information in the form of another, is absolutely necessary to our daily lives. Codes are only helpful when they’re comprehensible, and often most valuable when they’re perfectly impenetrable. (Yes, I saw “The Imitation Game” a few weeks back, but that’s not what’s gotten me wound up today.)

No, I’m thinking rather of the assumption that code can be broken; its meanings interpreted. That’s how it works digitally, as code allows numbers to appear as pixels, pixels to resolve into pictures. Photographs in our Instagram feeds are so much more interesting as images; less so in the form of a string of digits as long as a unicorn’s tail.

But what happens when those assumptions are broken? I write this column every week, and every week I discuss a book that I understand. Sometimes, they withhold their meaning for a little while. Always, though, their secrets are revealed in the end. Otherwise, what’s the point?

Why would an artist not want us to know what is going on at all? Or who they are? Or why they sent you a book?

As you might have gathered, I’m not speaking in hypotheticals. (Of course not.) Last week, a little book box turned up in the mail, and I chucked it in a corner. Just now, I opened it up.

When it arrived, I noted that there was no name on the box, and I hadn’t been expecting anything. It only said MB, with an address in Austin, TX.

I know no such person.

I was curious and opened the box. I was met with a swath of thick, white wrapping paper, covered with hand-painted black marks. Little bits of charcoal, or paint chips, spilled out as I unwrapped the parcel.

Inside the protective coating, I found a slim volume titled “INDECIPHERABLE.” Fair enough.

There was no letter, no essay, nothing at all, save a definition of the word. I flipped dutifully through the pages, and each time, I found a rendering of the black marks on white, on the left-hand side of the book. On the right, some sort of abstracted image, impossible to make out.

Page by page, I wondered. What is going on here? Are the black marks a kind of coded message? Do they mean anything at all? On the right-hand side, in a few images, banded lines appear? Is it an obscured computer screen? A scrambled message? An amalgam of many different photographs mashed together? (A technique I’ve seen a few times before.)

Eventually, the black-mark-hieroglyphics migrate to the right-hand page as well. The code eats the image. But what does it mean?

Believe it or not, it’s never explained. The book ends without a clue, save for the term MBLCK on the back cover.

I re-searched the package, looking for a note. A press release.
Some sort of explanation?

What the hell is going on here? I’ve never seen a book I couldn’t figure out, until now. But as it’s called “INDECIPHERABLE,” that’s clearly the point.

Why? To what end? Who is the mysterious MB, and why did he or she send me this coded object?

You regular readers know how much I hate to turn to Google to understand a book. But desperate times call for desperate measures, so here we go:

This is a first. A book review with an anonymous artist, whose intention is totally unknowable. Why did you send me this, MB? What does it mean?

Does anyone have any intel on this? If so, please write into the comment section, send me an email, drop me a DM on Twitter, FB, or Instagram. Let us know in some digital variation or other, because I’m dying to know. 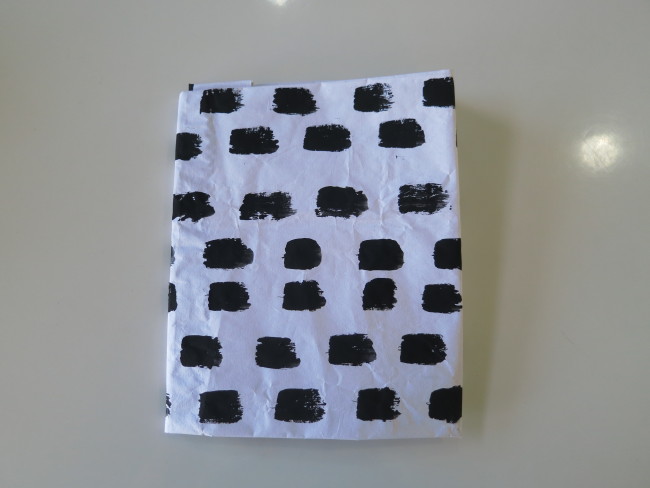 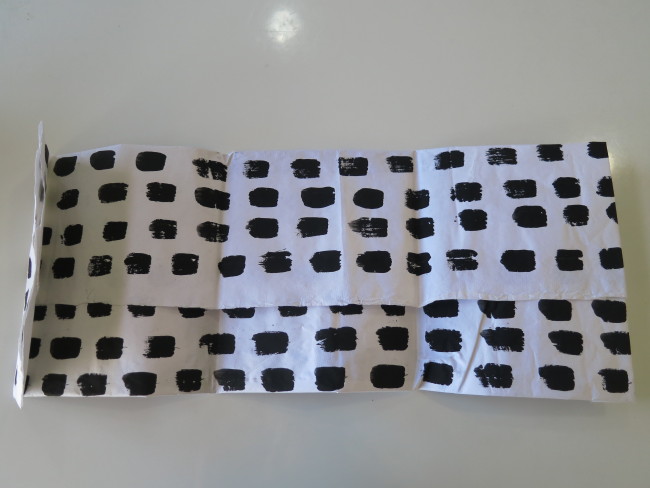 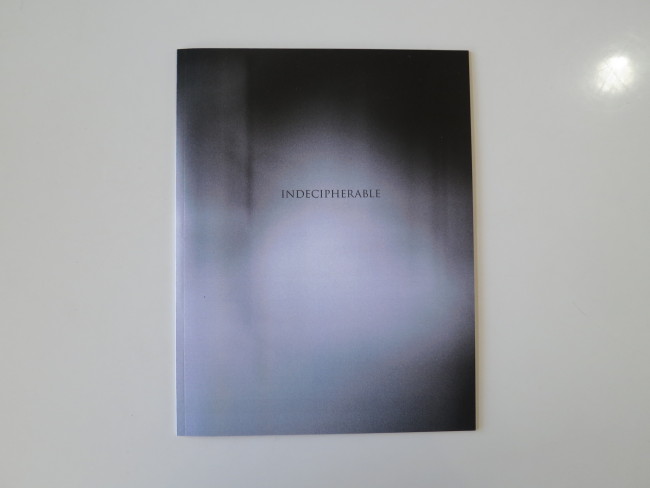 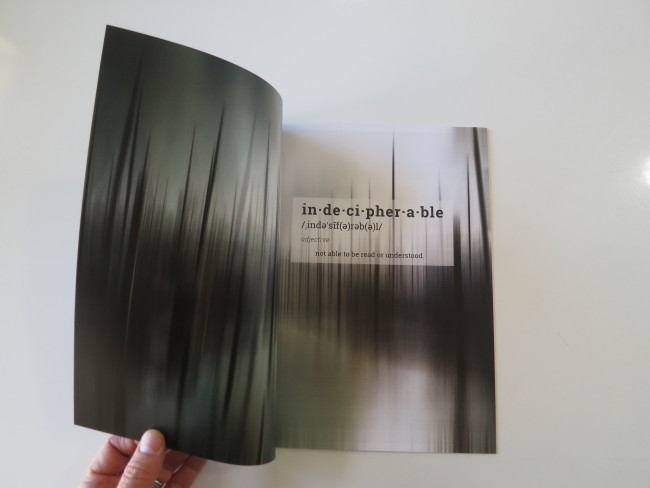 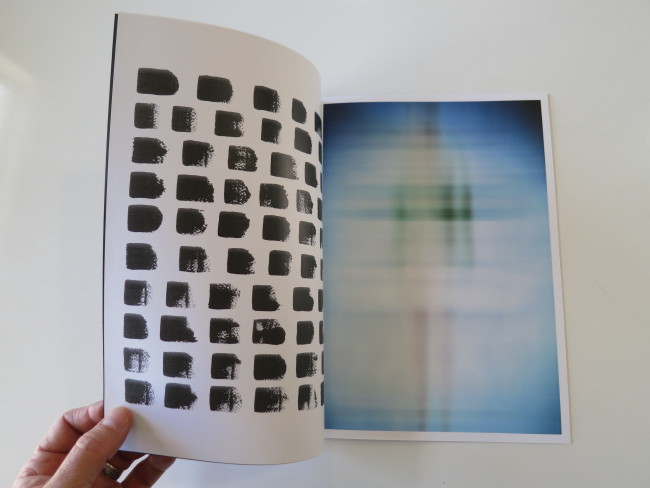 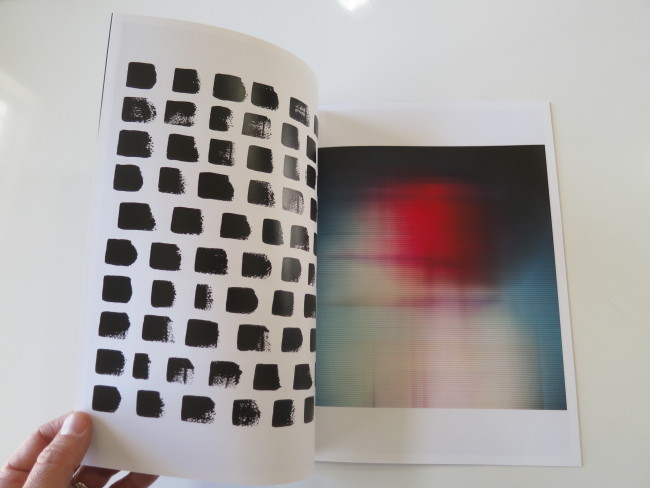 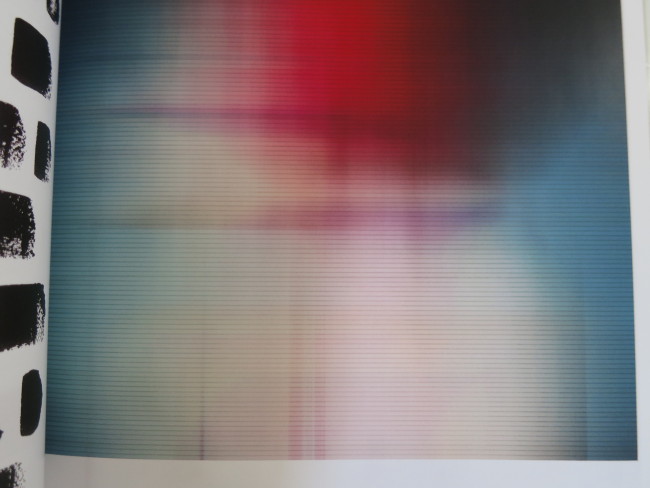 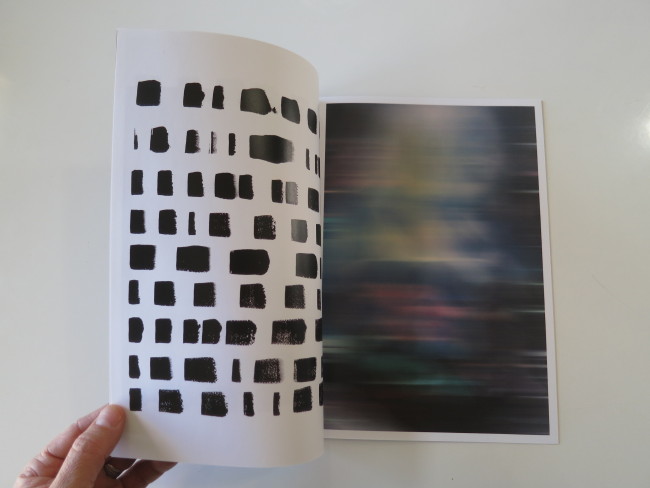 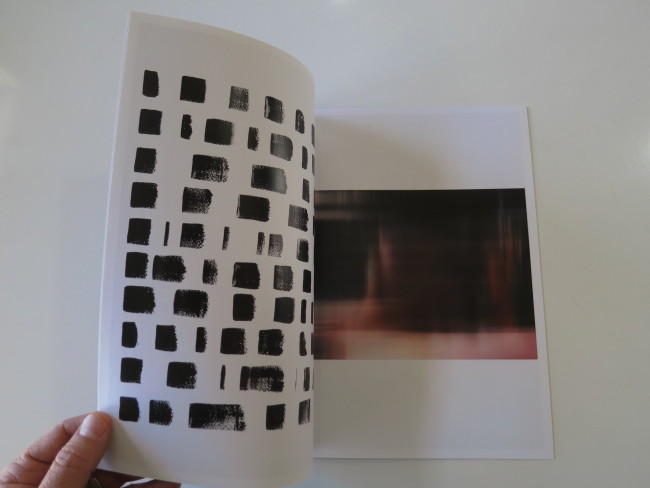 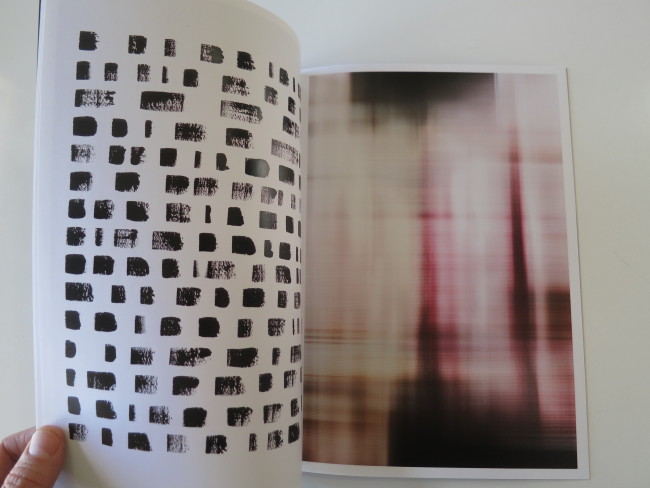 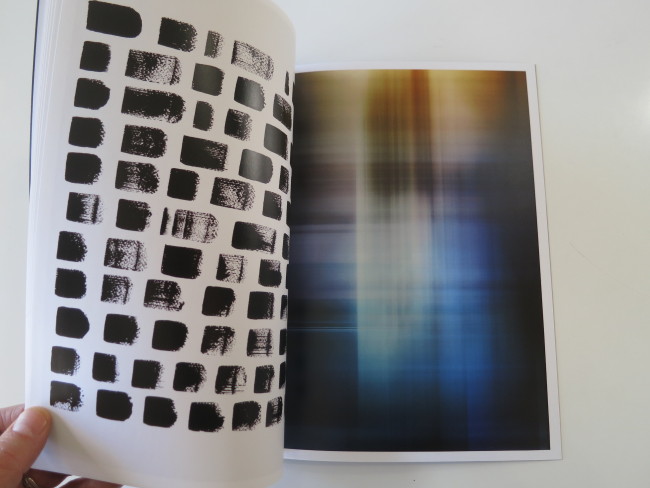 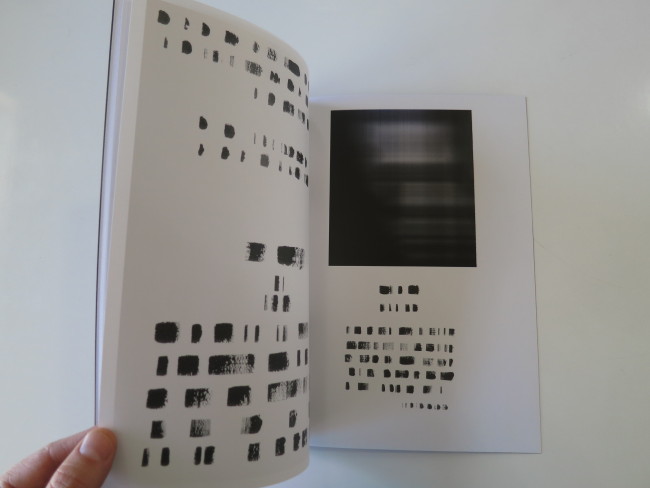 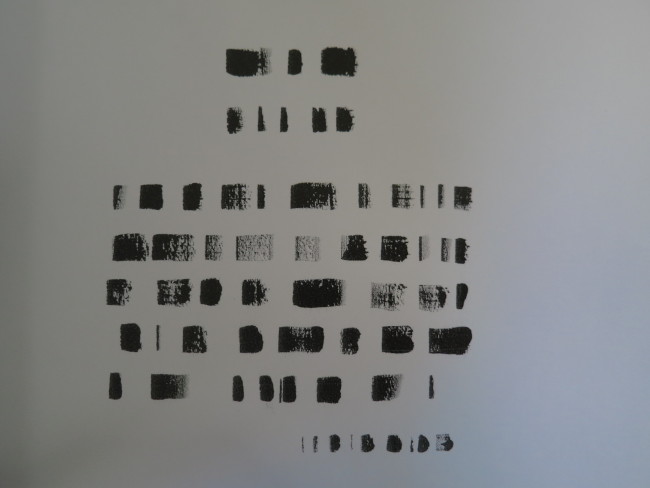 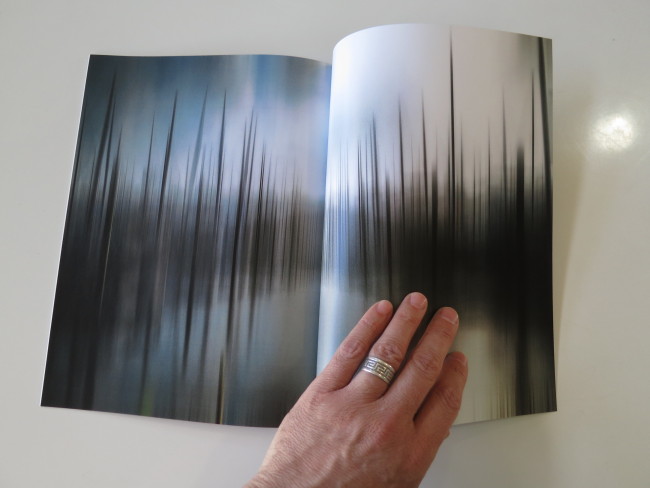 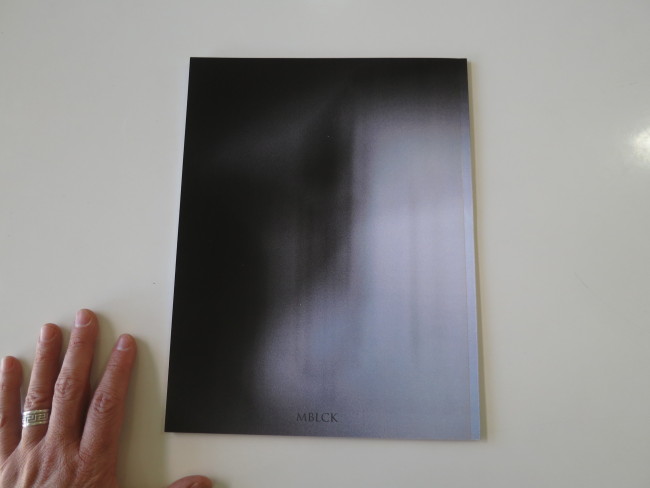 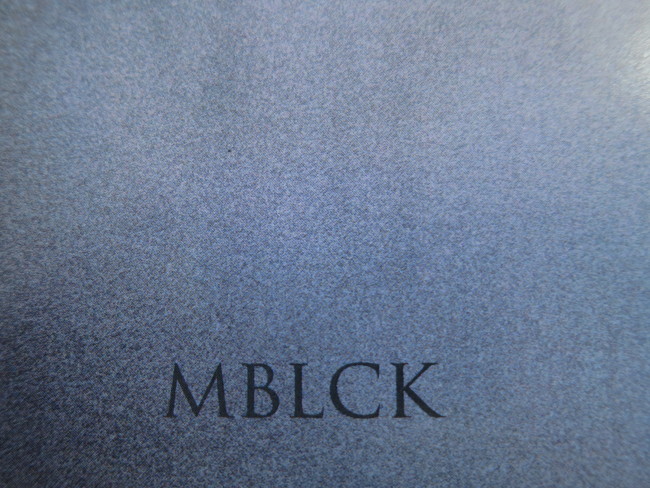 The Art of the Personal Project: Ackerman + Gruber