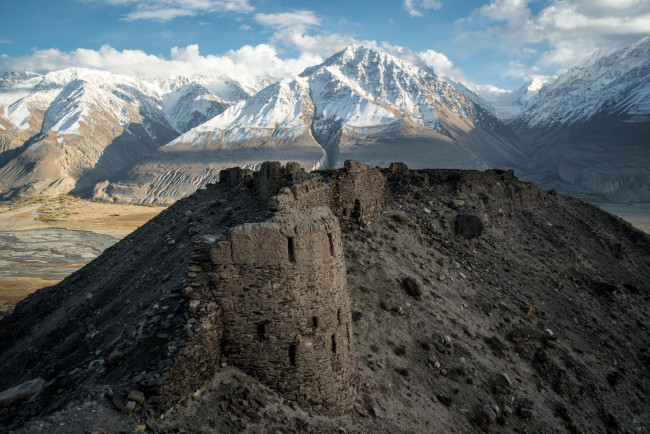 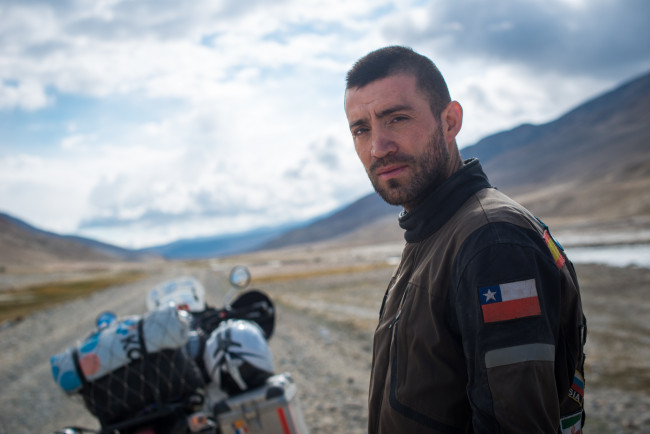 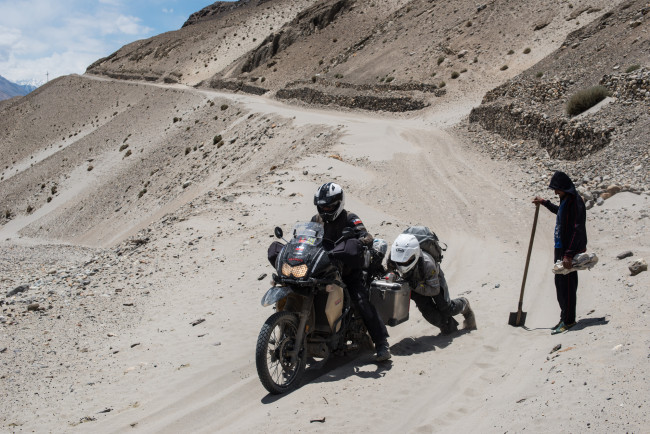 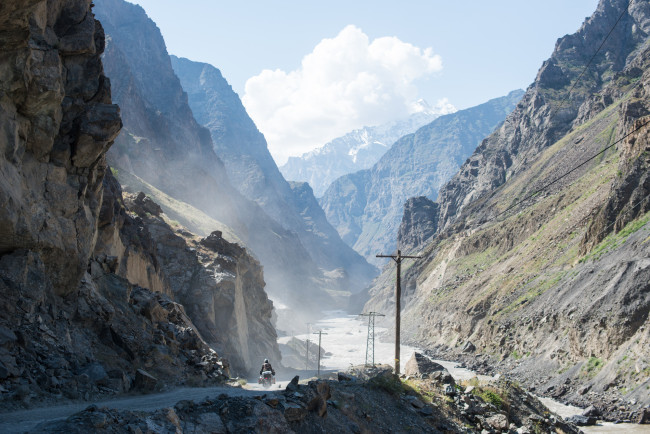 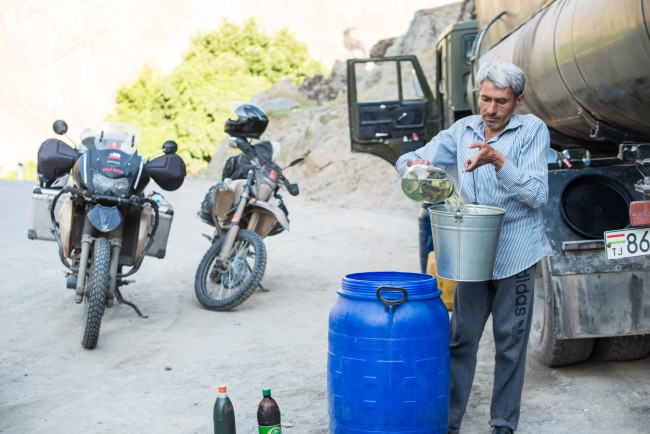 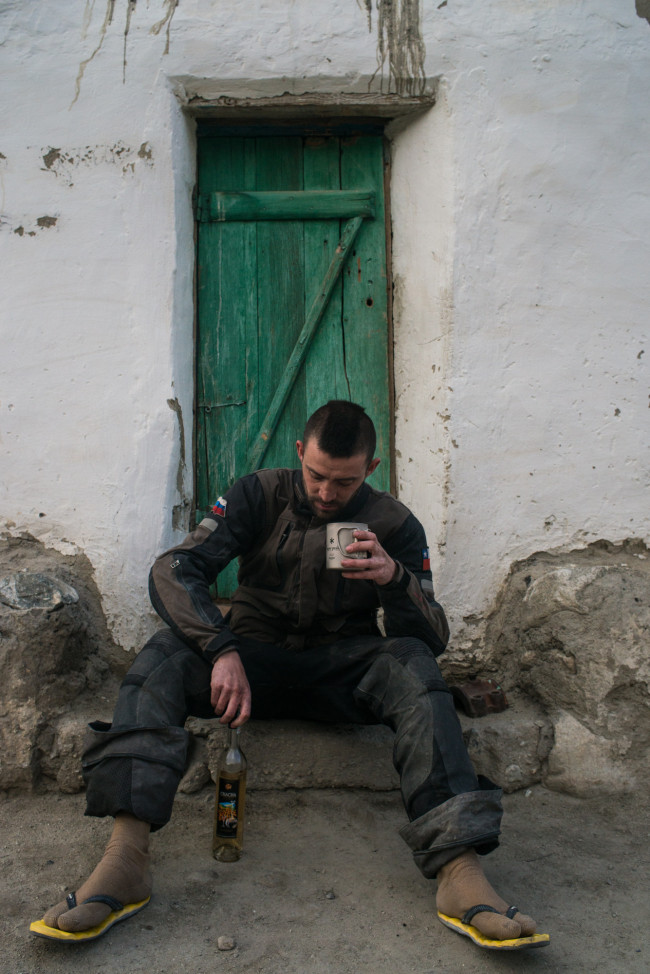 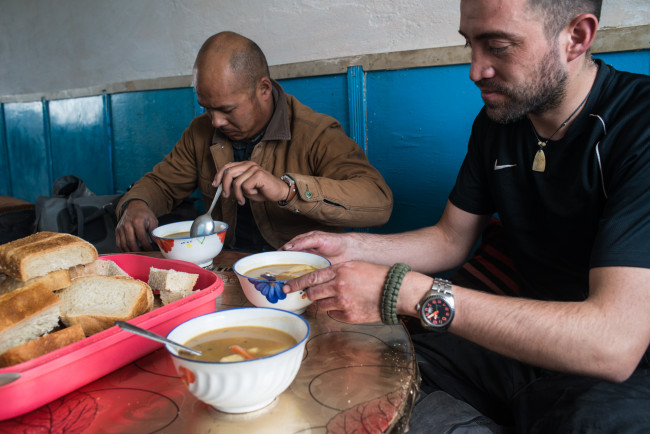 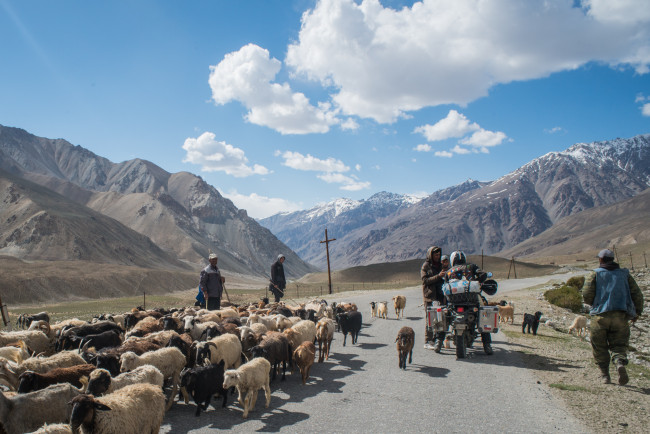 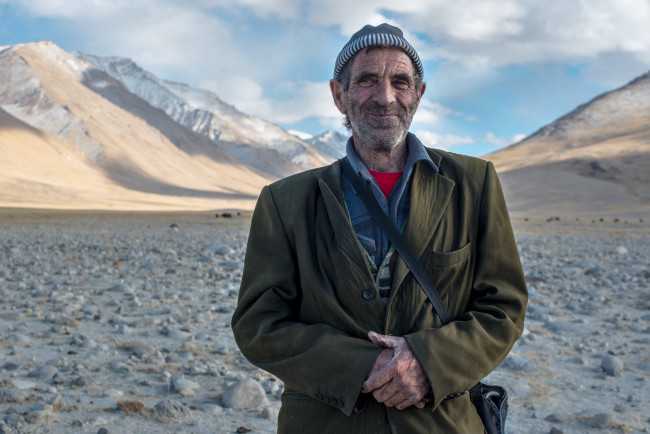 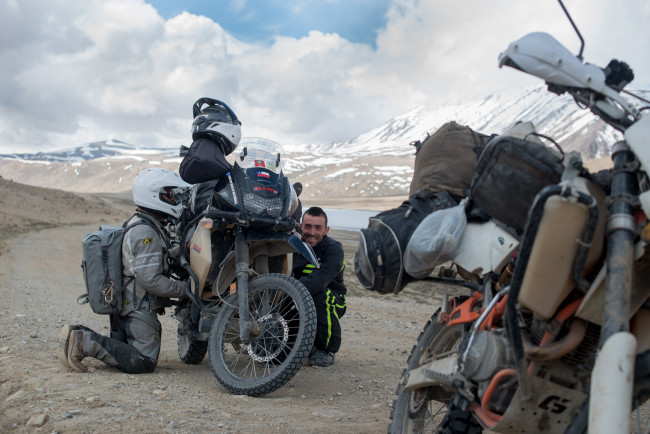 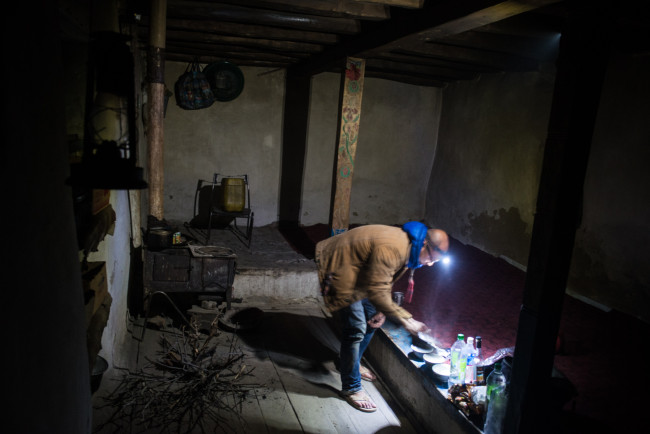 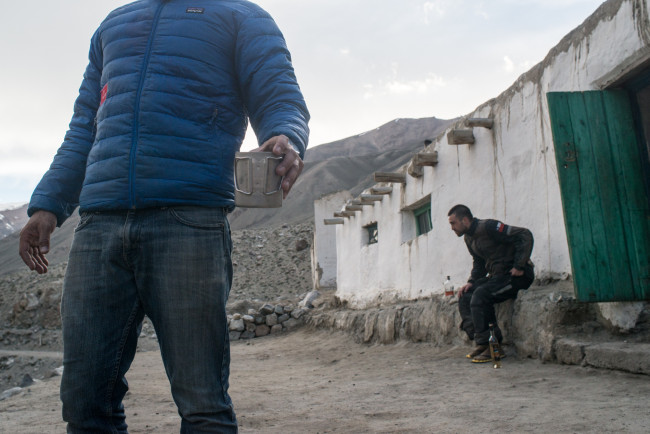 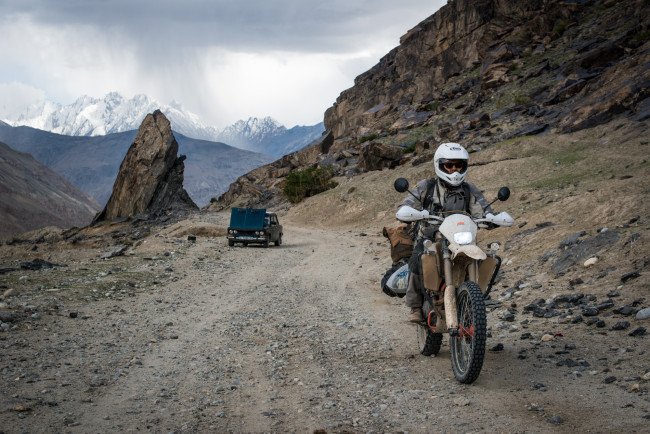 How often do you do spec or self assigned travel jobs?
I don’t do spec jobs that often per se but I always keep an eye open for an opportunity whenever I’m traveling.  This particular piece was conceived while on an assignment in Tajikistan. I was a part of a team going to teach a photography/story-telling workshop in Gorno-Badakhshan region of Tajikistan. To get to Khorog, the capital of the region, we flew into Dushanbe and were forced by weather to drive rather than fly. So a 2 hour helicopter flight turned into a 17 hour ride in a fully packed Toyota Forerunner. Originally we were going to fly a helicopter through the Himalayas the group was understandably a little bummed;  however the trip by road was an battering steel-lined-bouncy-castle of a ride.  I simply had to come back and do a longer version on motorcycle. As luck would have it, by the end of our assignment we had a return trip planned and I began research on what our extended route would be.  Having finished the trip and told some stories to my rider buddies, I’m convinced a lot of people would enjoy the tale and may even find it inspirational enough to go on one like it themselves.  So I’m pitching it around.

Have you had success with this before?
I have had success with this before but beyond the obvious magazine coverage, it’s always the weirder spin-off stuff that makes it more interesting.  The last time I did this sort of thing I was going to Thailand on a mountain bike trip with a bunch of guys from my local riding group.  We had planned an epic weekend around a local “friends match” and I actually didn’t intend on shooting much. However, as soon as we got to the mountain I met a couple of the event organizers and a writer covering the race and that was that.  I covered the event and the photos were picked up by a UK riding mag and a mountain bike apparel company.  It also turned into 4 more days of shooting stills and video for the apparel maker.

Who are you hoping to pitch this story to?
I’m planning to pitch the story to some of the more general travel adventure mags first: Outside, Afar, Travel + Leisure, Adventure Travel, Lonely Planet, etc. One of these guys would be ideal as they are more generally in my wheelhouse.  If none of them bite however, I’ll move on to the more specific adventure motorcycle rags:  Adventure Rider, Road Runner, Overland Magazine, etc.

What does your pitch look like?
Basically, I write an email with a hello or an introduction if I don’t know the contact. I include a gripping (but short) narrative summary with a couple of images and then I wait.  I don’t like dropping a pitch on an editor cold if I can help it but the nature of my (non)process is such that I sometimes find myself shooting a story I probably haven’t done before. That being the case, sometimes I find an audience I’ve never been in front of before.  I try to keep it short and sweet and while I like to be friendly, I understand that most editors are swimming in work and I don’t want my pitch to be heavy. If they’re interested they’ll write back…if not, I move on.

Did you have a writer with you, or you wrote all your own content?
Almost every time I’ve gone out with writer we’ve been on assignment.  Since I tend to do these sorts of spec pieces sporadically, almost accidentally, I end up doing my own writing. It’s not that big of a stretch since I tend to journal during my travels anyways and it’s another way of creating a link between my thoughts and experiences and the audience. Interestingly, since there’s another workflow to writing about a trip vs. photographing one, in a circular way this gives me another avenue of relating to an experience while I’m having it.

How do you formulate the story? Do you try and outline something or simply allow it to unfold organically?
Certainly I think it’s important to be familiar with your subject and to have a plan but I also believe, as they say, “strategy is only good until the first shots are fired.”   So in a sense I am a reactionary photographer in that, when I’m interacting with a subject, I not only follow it around as it does whatever it does, I let the mood of the thing inform how I photograph and tell the story.   For example, I photographed a small town, again in Thailand, during a Chinese New Year celebration.  As the day wore on and the festivities developed, things began to get more and more chaotic and fast paced. The drums and gongs turned to a near constant ear-splitting drone and the firecrackers and bigger explosions began to resonate in our bodies.  Soon I began adopting that chaotic energy in the way that I photographed the town.  The result was a series of images that were full of motion, vibrant colors, and portraits instead of the romantic images of a quaint rural town that they had started out to be.  Well, I write and photograph a story in the same way; I let the story describe itself to me. It’s my favorite thing that as I have an experience and let things develop, story eventually begins to take on it’s own form and tell me what it’s meant to be.

This Week In Photography Books: Nate Larson and Marni Shindelman

The Art of the Personal Project: Ackerman + Gruber