This Week In Photography Books: Nate Larson and Marni Shindelman

The gorilla stench clings to my nostril hairs, like Pigpen’s fog. Surely, I can’t still smell the gorillas? But my nose crinkles just the same.

I saw those gorillas in the Albuquerque Zoo on Sunday morning. We took the kids down to the “big” city, (irony intended) as when you raise your children in a horse pasture, they need to get out every once in a while.

My daughter, now 3.5, had never seen zoo animals in person before. It was time.

So we put on our coats to fight the 9am chill, and decided to walk off our big breakfast at the Central Grill, a fantastic restaurant that sits astride old Route 66. It came highly recommended by my old friend David Bram, and now I’m passing the tip along to you.

I could tweet it, if I really wanted to, but I don’t think I’ll bother.

The gorillas are the first thing you come to at the Albuquerque Zoo, and I think they might want to re-think that decision. The smell traveled across a fair distance, and felt like it took up residence in my nasal cavity. You’ll have to trust me: it was awful. (Because you’re reading it on the Internet, it must be true.)

It is one of life’s deep pleasures, to introduce a child to the wonder of a kookaburra’s surreal call, the magnificence of a family of hippos exiting their pond, or the quiet, regal menace of a snow leopard sitting in its pen, perfectly still.

For most of us, seeing such creatures from a safe distance, their danger muted by cage bars, is the only way we’ll ever experience them in the real world. Unless you have mad cash to splurge on a safari, or live in a place where a tiger might actually pounce and eat you, the mediated experience is all we have.

The only time I felt scared was walking below a mountain lion, who paced back and forth in his elevated cage. My fear was real, because those monsters live very close to my house. I could presumably see one, though I hope it never happens. My brain was able to suss out the difference, so my heart beat quickened.

The oddest moment, by far, was at the very end. (Just before we walked through the gorilla stink, which by then had managed to hang in the air, 200 feet from their habitat.) Our last visit was to the polar bear, who had no interest in swimming in his frigid water on a cold morning.

Back and forth he walked, on a concrete precipice above his abundant blue pool.

The problem was, to the naked eye, he didn’t look real. He was only 20 feet away, true, but my brain read him as digital. A trick of the light, I’m sure, but still, I checked with my 8-year-old, who’s been raised on screens, and he agreed.

I couldn’t shake the feeling that he was a hi-resolution projection. A figment of the digi-verse, transposed onto reality by some next-gen projector, sitting just out the frame.

Are you surprised? Have you ever had the feeling before, that reality was no longer real enough? That your eyes, so accustomed to screen time, could no longer tell the difference?

I’m asking, having just put down “Geolocation,” an excellent new book by Nate Larson and Marni Shindelman, recently published by Flash Powder Projects. (A new publishing venture by the aforementioned David Bram, and his partner Jennifer Schwartz. I’ve reviewed friend’s books before, so this is no precedent. But I thought you should know, and I’ll do my best to be objective.)

I’d heard of this project before, but somehow never seen it. The premise is conceptually tight: the artists take other people’s geo-tagged tweets, track down the location where they were tweeted, photograph it, and then pair the tweet with the image.

We’ve seen stalker art before, (see Albuquerque’s own Jessamyn Lovell,) but this is something new. It has to be, as it’s based on contemporary technology. But innovation is not a guarantor of quality, so I was curious to see the book and decide for myself.

The key to the project’s success is that they choose tweets that range from random and silly, to poignant and personal. Someone dies. Someone else craves love.

The tweet suggesting that life is just like the “Harry Truman” show brings the book together. Both the ridiculous faux pas, of course, and because unlike Jim Carrey’s Truman, so many of us now choose to be observed. To proffer our lives as other people’s entertainment. (Myself included. In this very space.)

The photographs are strong, as well as diverse. We see Canada, England, New York, California, Indiana, and places in between. No-place places and someplace places. It all fits.

In general, I think the work is really strong, and I’m glad to share it with you. The flaws in the book, such as they are, come in the way the sequencing of text and imagery happens. As the publishers are very new to this, (the book is their co-launch,) and I’ve reviewed at least 200 books over the last 4.5 years, I thought it appropriate to mention this.

There are too many pictures, and the poems and mini-essays that pop up, from curators and other trendy types on the photo scene, seem placed at intervals meant to challenge our attention span. Some books need smart people to tell us that they are “IMPORTANT.”

This isn’t one of them. The combination of concept and execution means that almost any audience will get this work. It’s funny and smart and the pictures are not boring.

In the best photobooks, less is more. More is not more, because it causes our eyes to glaze over, and incites a desire to skip ahead. Narrative flow, furthermore, is a delicate beast, like a hummingbird. (It needs to be handled carefully.)

So I wholeheartedly recommend this one, and give props the artists for their diligent work, done over hundreds of days on the road. To the publishers, I also give a big thumbs up, for sticking your fresh necks out to support this collaboration. I hope you’ll take my advice in the spirit in which it was intended, and I look forward to seeing what comes next. 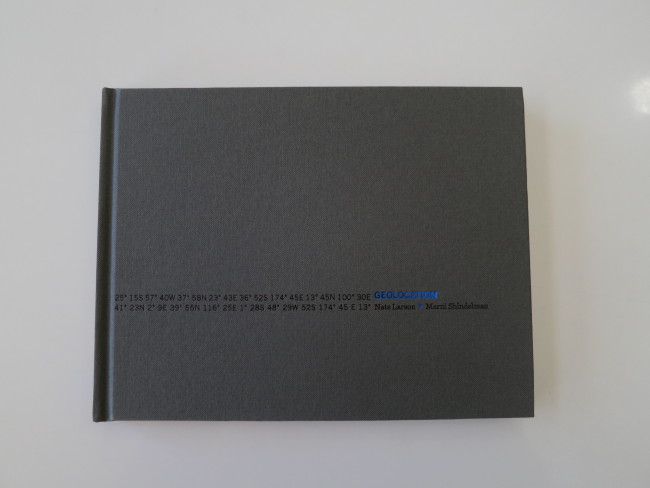 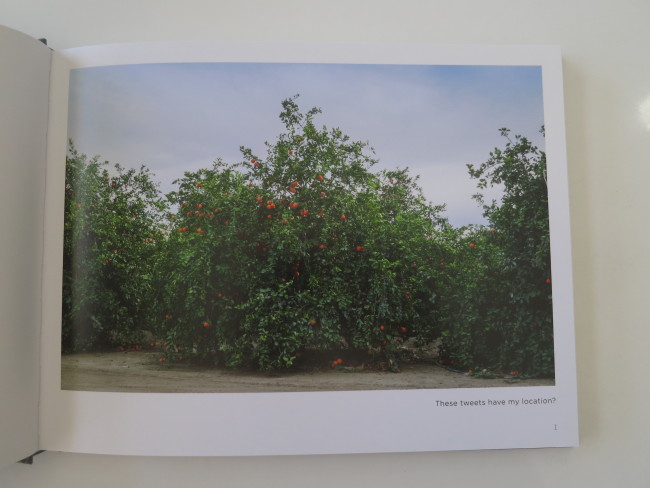 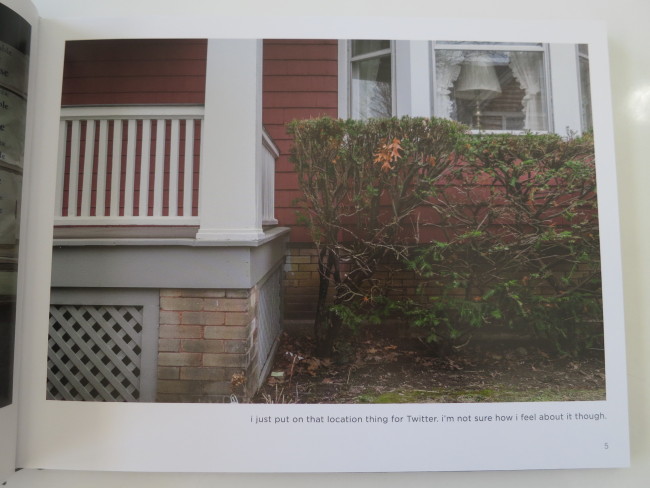 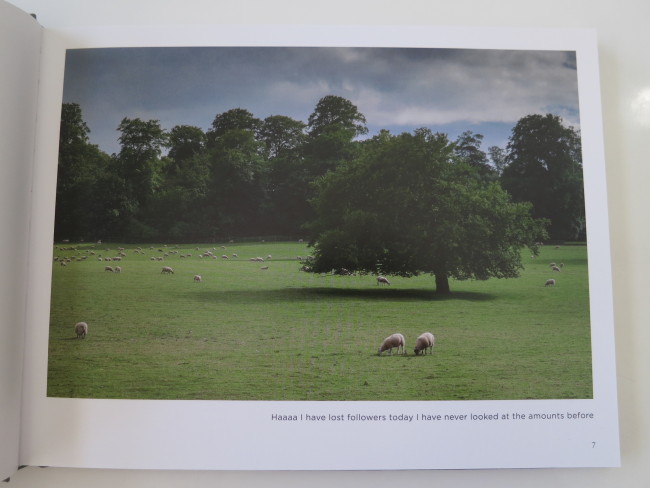 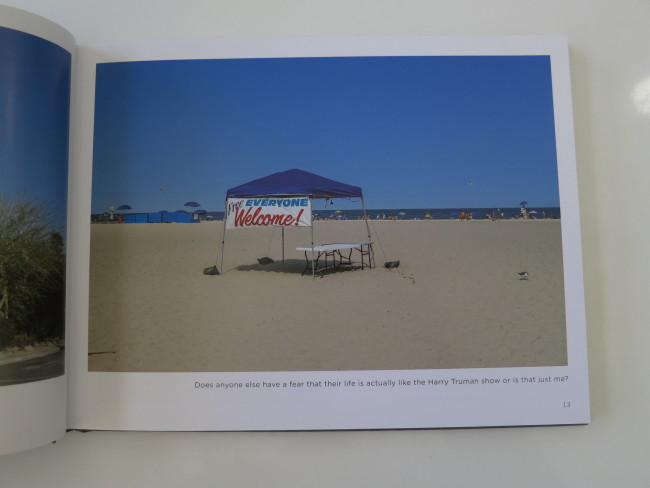 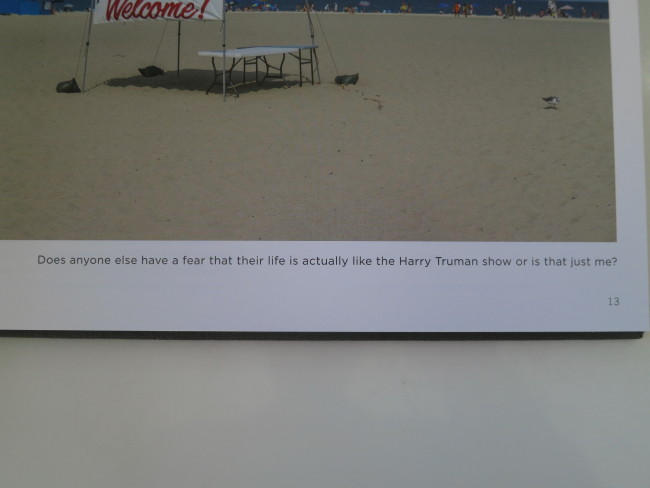 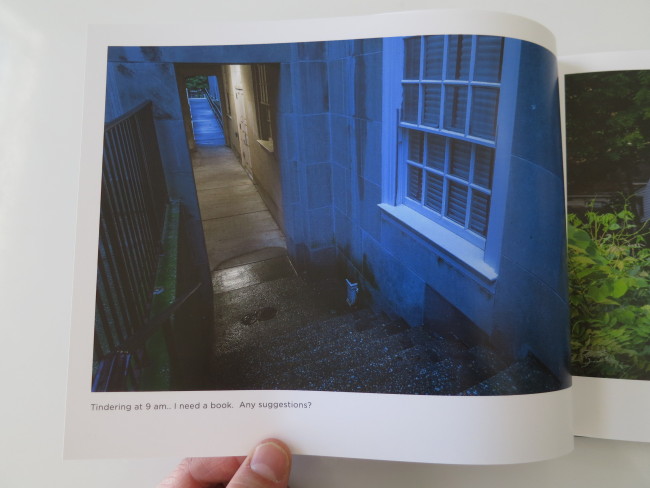 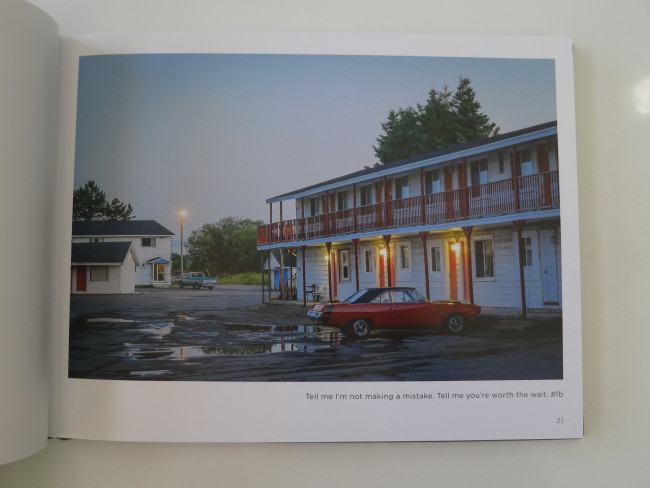 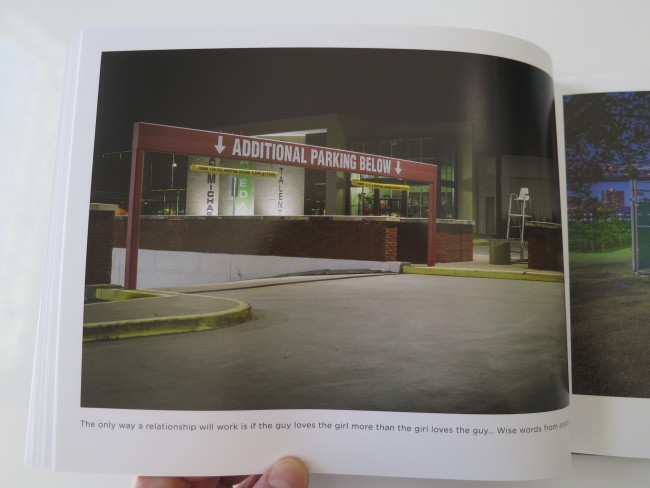 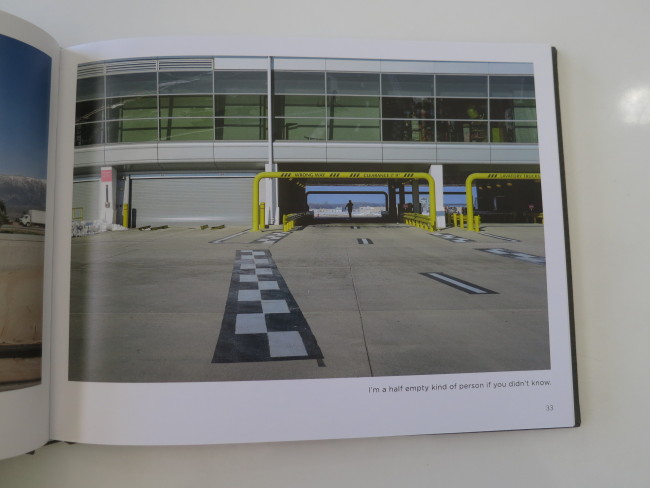 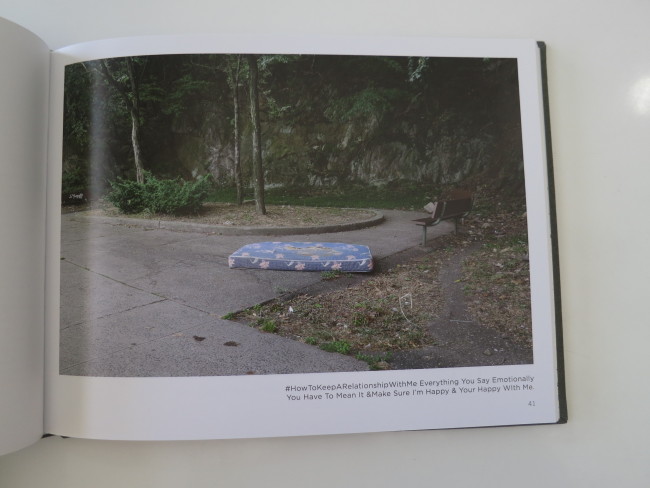 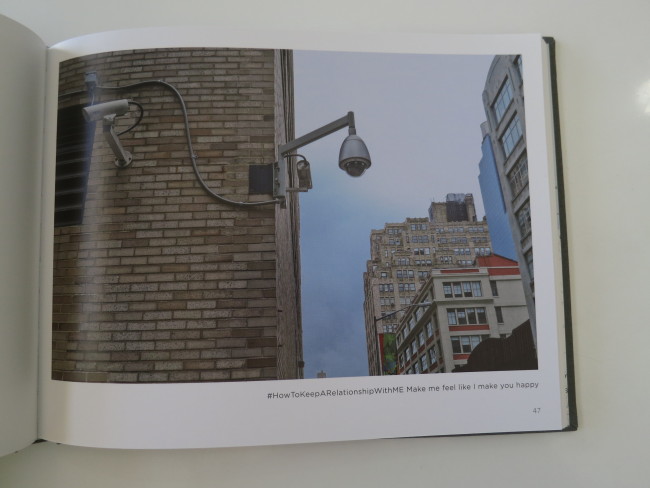 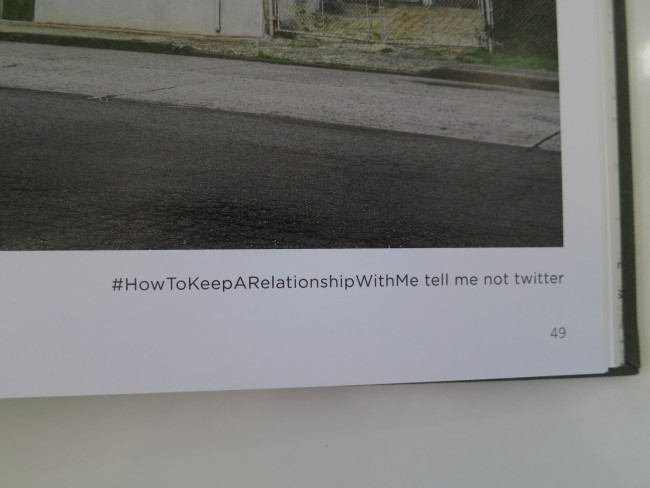 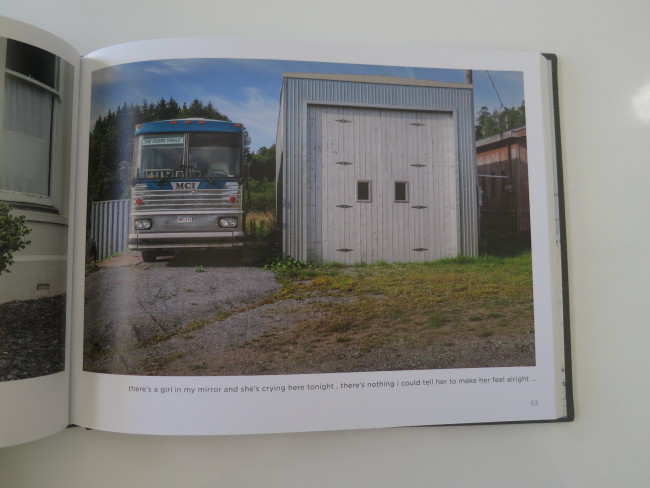 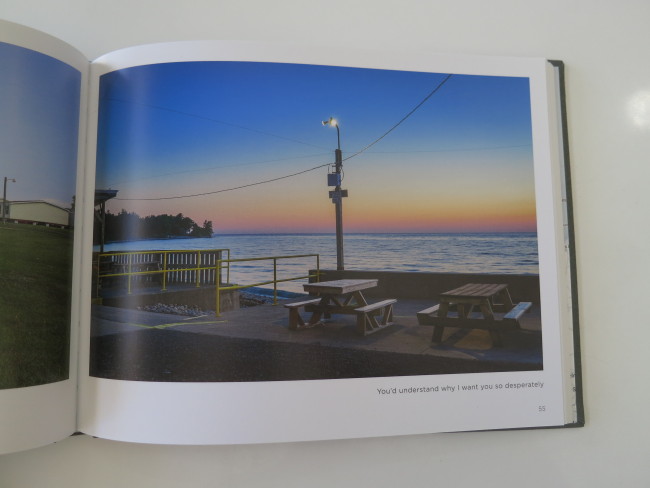 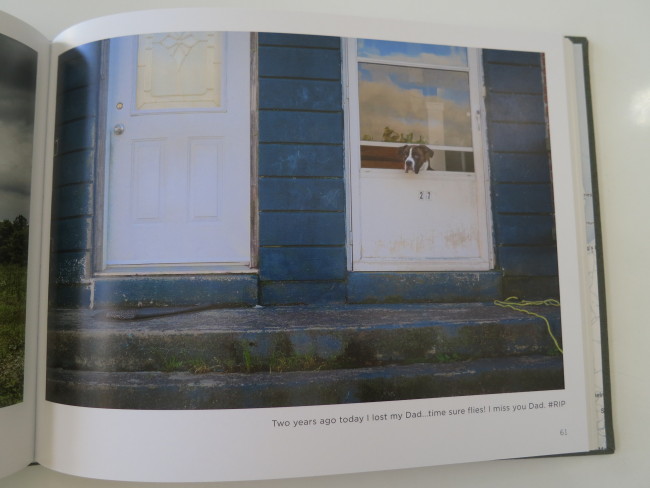 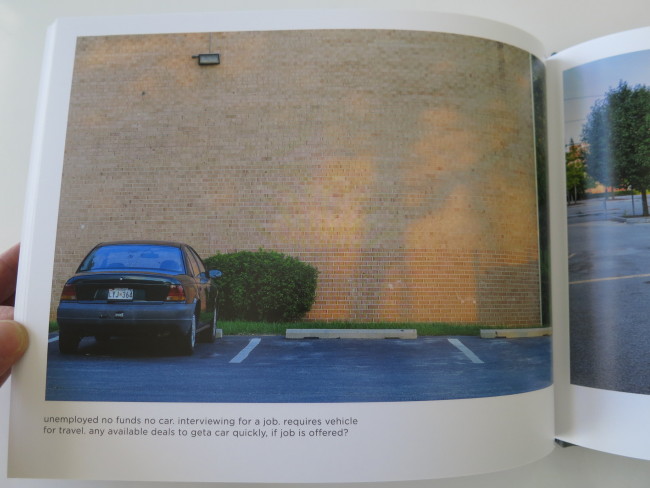 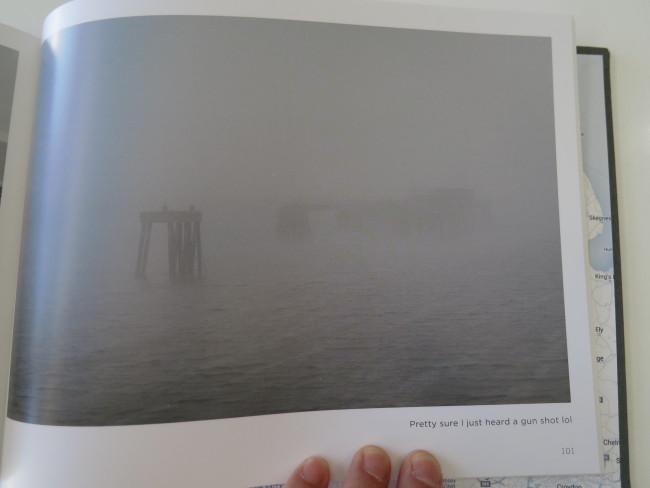 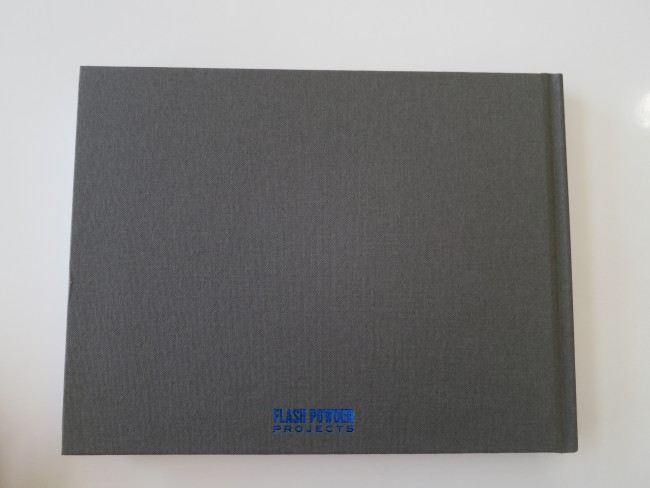 The Art of the Personal Project: Pete Barrett