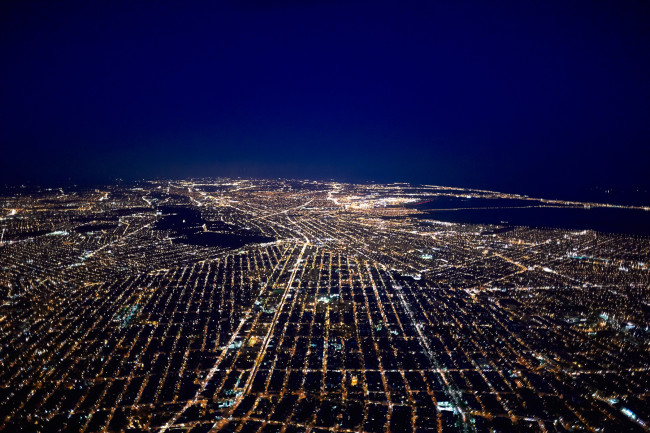 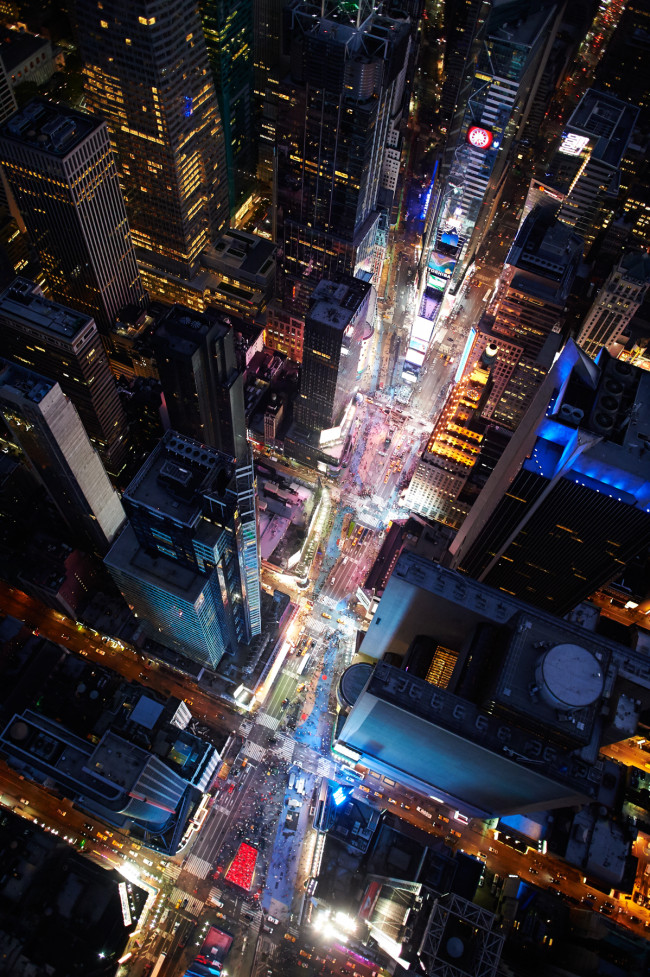 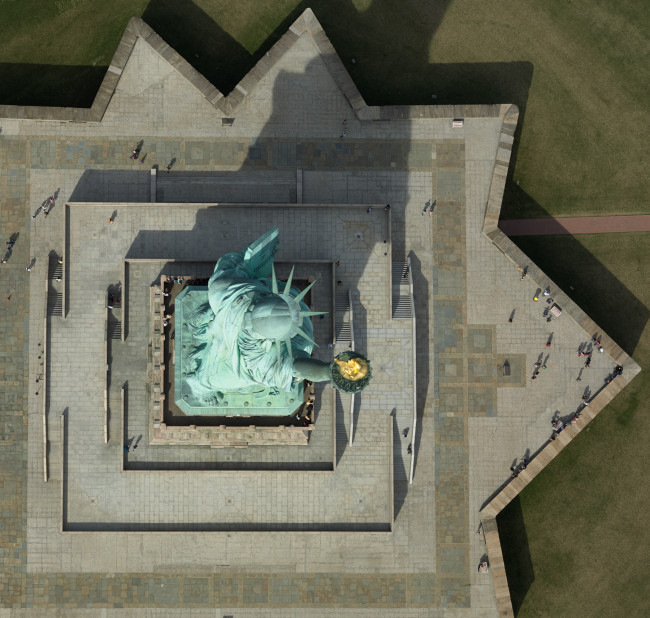 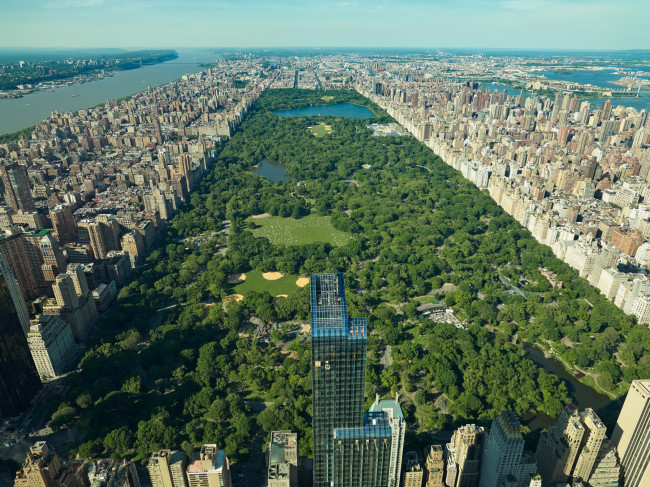 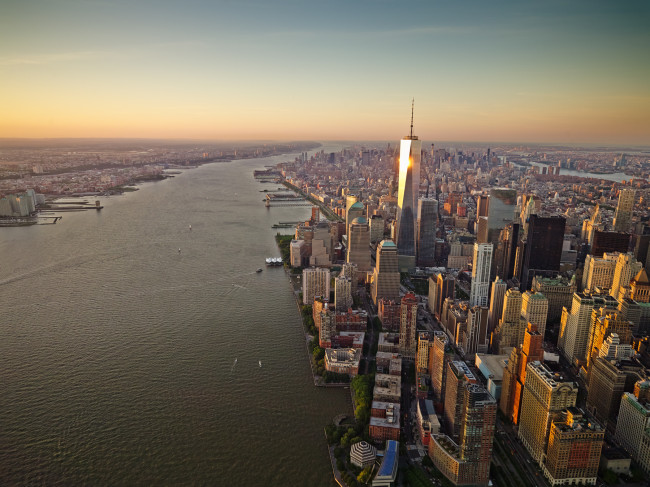 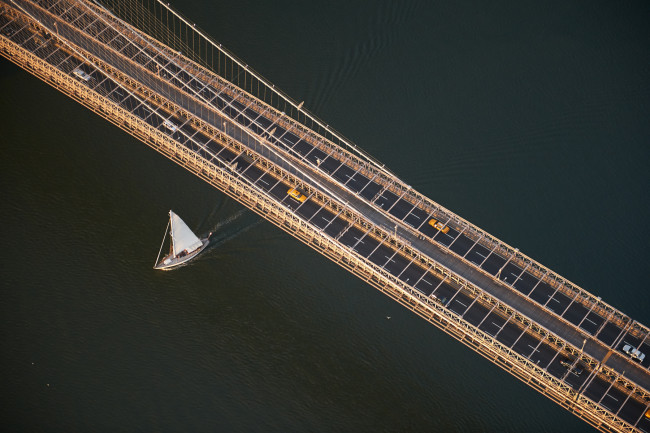 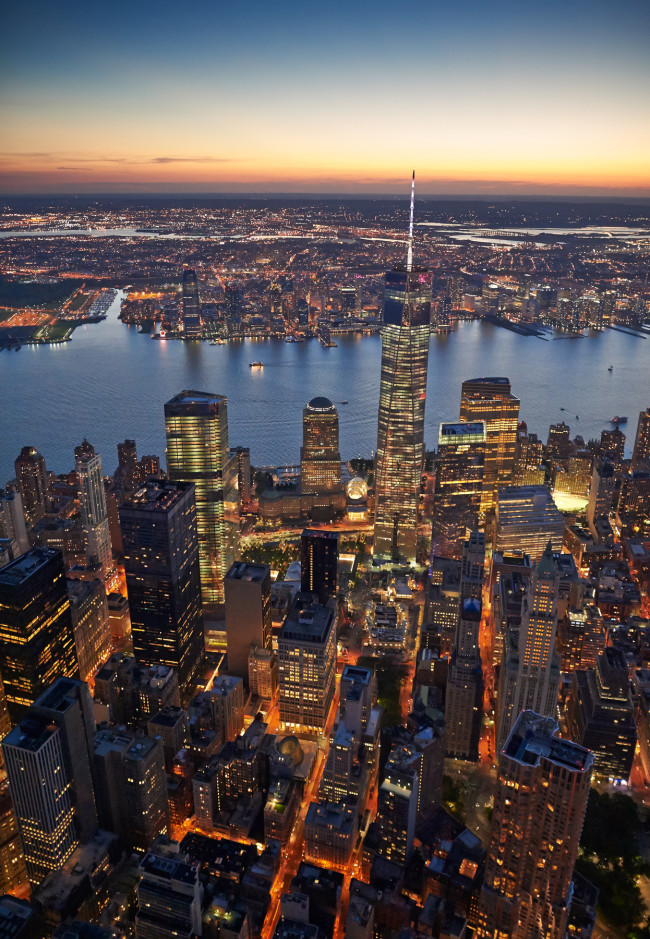 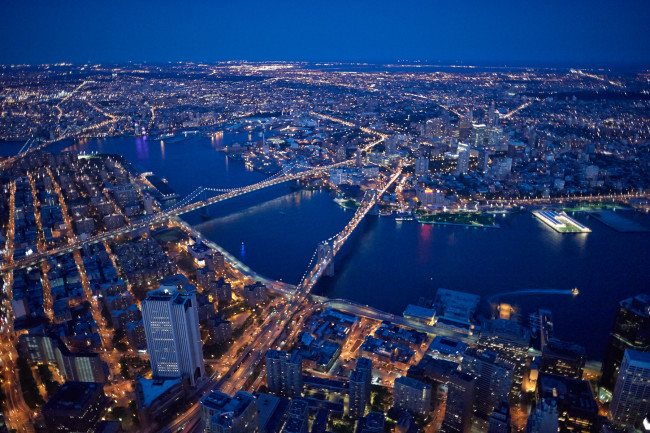 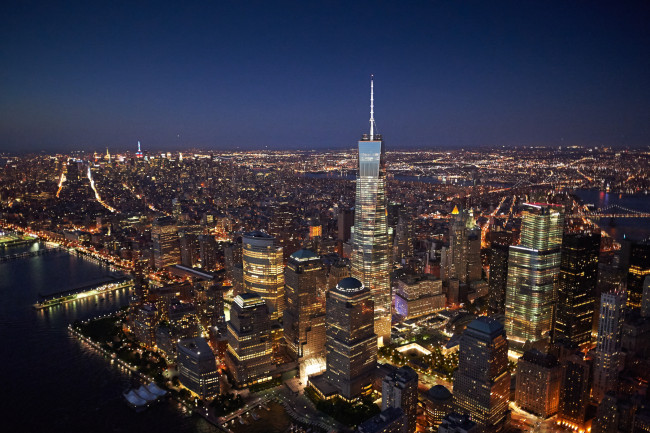 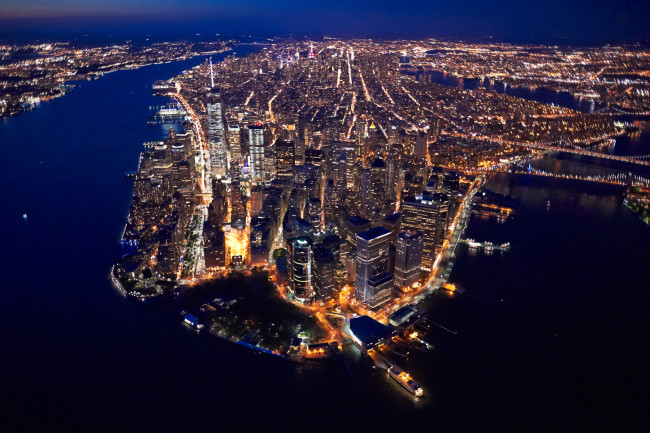 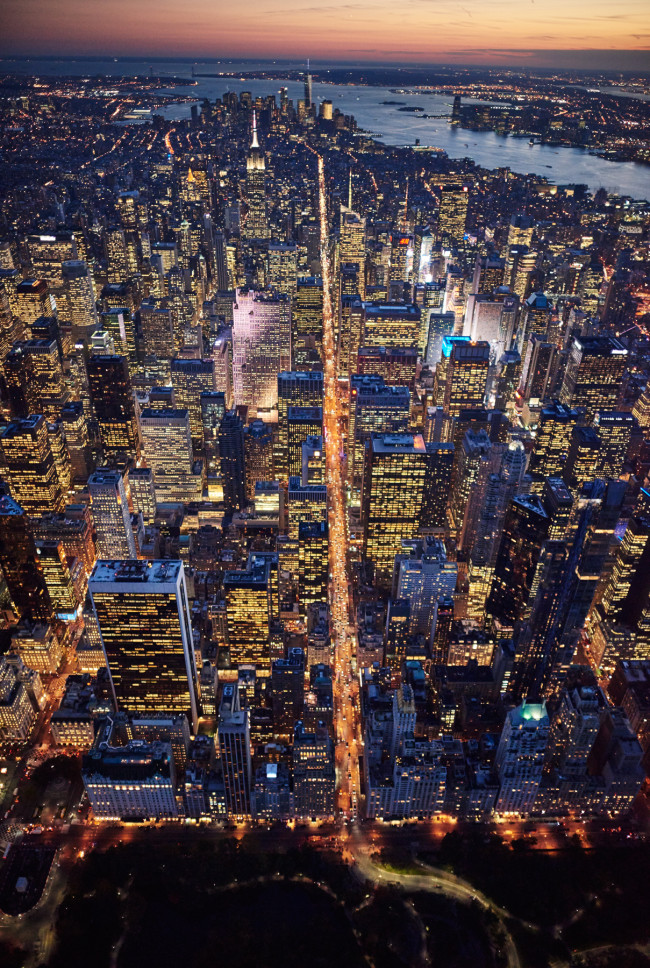 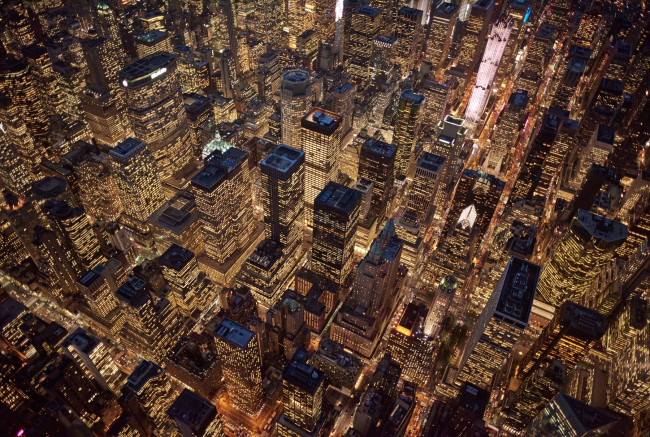 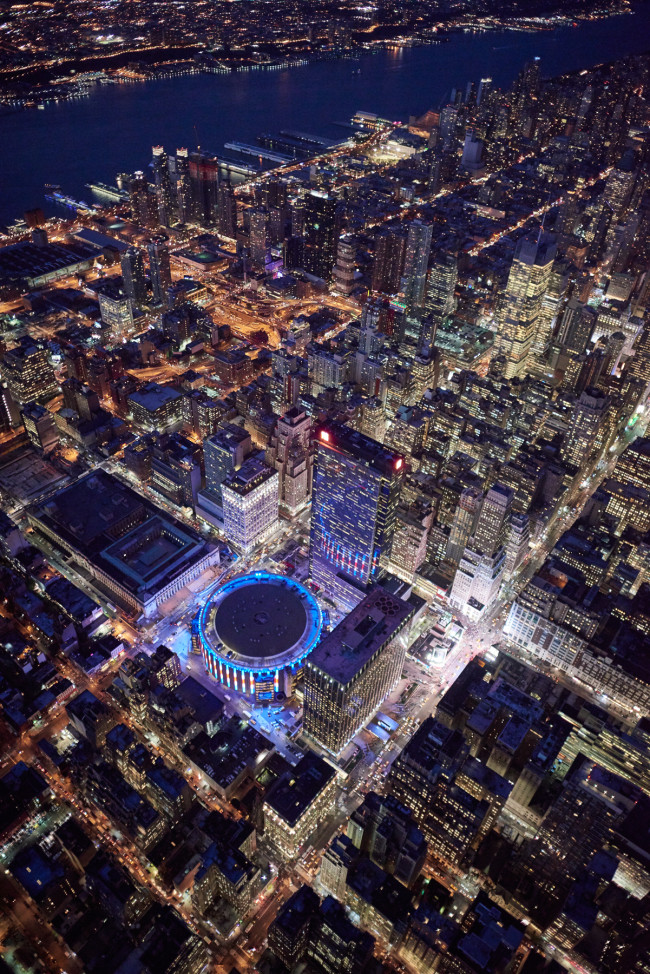 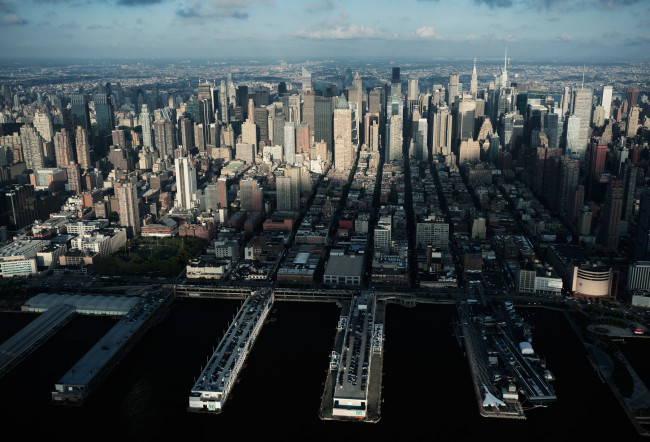 Heidi: How long is a typical aerial shoot?
Cameron: It depends upon the project and location.  When shooting over New York City or London, we plot out the times and sun path to maximize our shoot times or to catch the quality of light that the assignment calls for.  Usually about one and half to two hours.

Have you even been both pilot and photographer?
In my early days of aerial photography, right after I earned my pilots license, I would shoot and fly at the same time.  Problem was, for me, the altimeter tended to spin left, which meant I was descending.  I know two fixed wing pilots that are superb aerial photographers and also a Gyro pilot who have mastered the ability to fly and shoot at the same time.  If I was to try it again, I would shoot from an ultralight aircraft.

The key thing to remember about aerials, is, safety comes first.  I fly with a fairly elite group of pilots who know how to fly for the camera and primarily fly for the film industry.  There are a few photographers who have the same or higher level of experience that I have, all of us, are focused on flying safely.  My goal is always safety of the crew, client and myself. Since I am also a pilot, (although inactive at the moment) I know and speak the same language as the pilots flying the ship.  I tend to fly in turbine helicopters and often in twin-turbine ships.  There’s a lot of planning that goes into these flights and we always have a pre and post mission brief.  I never bring unnecessary people along for a joy ride.  That comes from the mantra of “more people equals more weight, more weight in the helicopter equals less power.”  Power is your friend.

What was the genesis for this body of work?
In early 2009, I was on assignment for Vanity Fair in New York City.  The shoot called for recreating the views from the cockpit of US Airways Flight 1549 that crash-landed into the Hudson River.  After I finished the shoot, we flew back to the heliport, I asked the pilot if we could schedule a second flight for sunset and into early evening.  His schedule was open, so we went for it.  I shot at sunset and since it was fall, dusk came quickly.  In 2009, DSLR cameras were not especially good at high ISO and low-light photography.  I decided to keep shooting and cranked the ISO up and see if I could create a usable image.  I did and it became a best seller for one of my stock agencies.

I’ve always been drawn to the intersection of mankind and water.  My work is fairly graphic and the hard lines with dark and light of the city is similar in form and tone to my aerial landscapes of marshes, river and settlements along watersheds.

So far, I’ve published six books and one iPad app on aerials.  My last book, Chesapeake, was a twenty-year love affair with the Chesapeake Bay Watershed that was the University of Virginia Press distributed.

My aerial assignment work is a mix of editorial, annual reports and advertising.  Earlier this year I shot a campaign for a automotive company.  The first shot was Manhattan from 9500 feet on a very cold 16 degree day.  The temperature in the cabin, at altitude, was minus three degrees.  Add about sixty knots of forward airspeed and we were a wee bit chilled.  The same project took me to the edge of the Everglades, where I shot as low at forty feet above the water. I’ve shot aerials in over thirty countries.

Discovery Channel assigned me to shoot shoot 360 immersive aerials for the Nik Wallenda walk websites his walk across the Grand Canyon and Chicago River.

That was very much a collaborative approach with their in-house graphics team, specialized software with quite a lot of testing and several pre-flight mission and weather briefs.  We had a half-hour window for these shots due to waiting for light to reach into into the canyons and before the winds picked up. I have flown for so long, that fear does not enter into my mindset.  I fly with good people in solid aircraft and everyone goes in with a safety first frame of mind.  I do say a prayer before every flight and ask for the safe return for all on board.

Is there a particular time of day you like to shoot these?
My favorite time of day to shoot is O’Dark early and O’Dark late.  I like working the edges of light.  The first and last light of the day is a challenge and a joy to work with: shadows hide and help create form with structure.  I rarely shoot aerials in the middle of the day.  I can only think of a couple of times in the past few years that I have.  One was in Haiti just after the January 2010 earthquake.  The only time I could schedule the helicopter was between NGO medical missions and that was 2:00 in the afternoon.  Recently I shot a series of B&W aerials of Manhattan in the middle of the day.  I wanted to embrace the hard cold light of late October.  I think it worked.

Are there scouting missions for project like this?
Sometimes, I scout by fixed wing.  Most often, I travel to the location and scout on the ground.  I take sun path plots, gps readings, look at shadow lengths and figure out the obstacles and opportunities.  I also use topographic maps plus satellite images via Google and Bing.

You’re a pioneer in this field, how did the love for aerial develop?
It came to me quite naturally.  I started off as a bird photographer.  I was working on a project for National Geographic Magazine in southern Maryland and I saw a Yellow Piper Cub behind a barn alongside a country road.  I asked the farmer who owned the Cub if he would fly me over the Heron Rookery I was photographing.  He did, for all of $15 to cover expenses.  I was hooked from that point forward.  It was the perfect viewpoint for how I like to shoot.  Graphic landscapes, targets of opportunities and hopefully, a unique image that challenges the viewer.

However, the real pioneers of aerial photography are William Garnett  and Bradford Washburn.  Mr. Washburn was also an explorer, and mountaineer.  He photographed remote mountain ranges in Alaska with an 8×10 camera at, 12,000 feet without oxygen.   I met Mr. Garnett and his wife a few years before he passed away.  In my office, I have a signed print of one of his favorite aerials, an image of Death Valley with rolling dunes and hard morning light. Mr. Garnett is considered by many, to be the grandfather of American aerial photography. 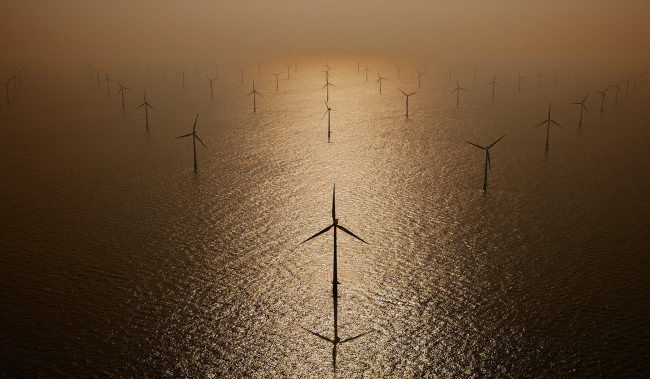 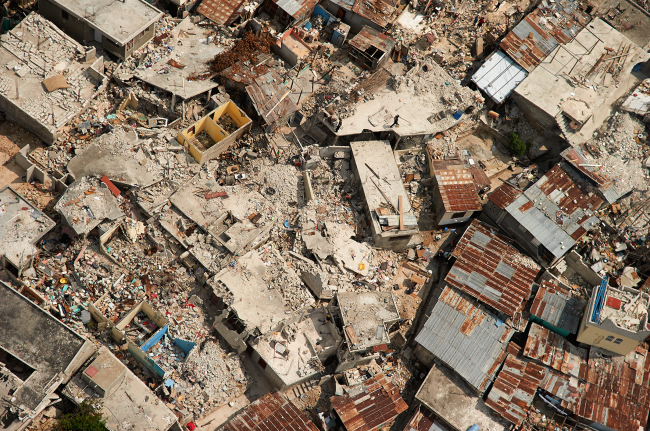 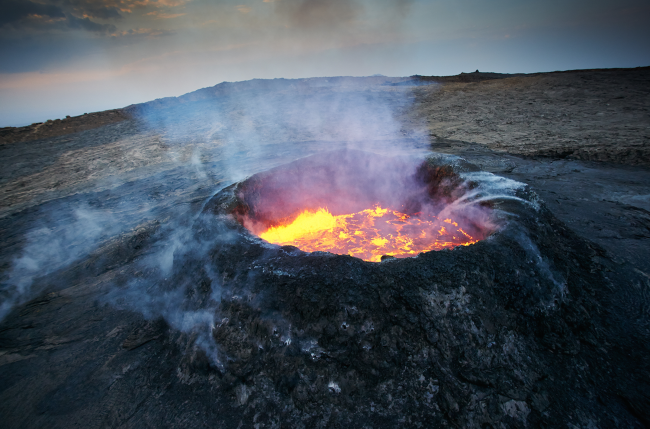 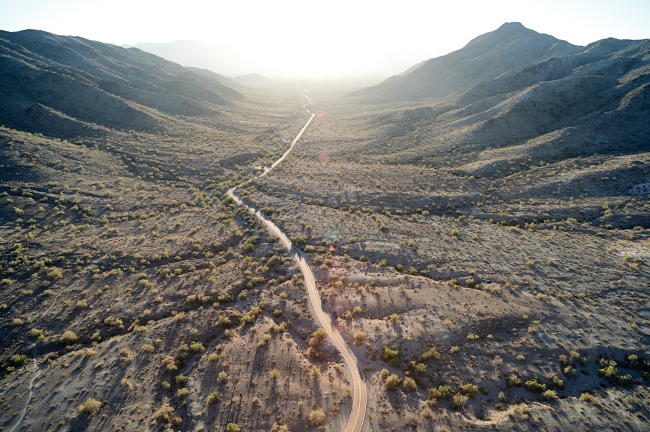 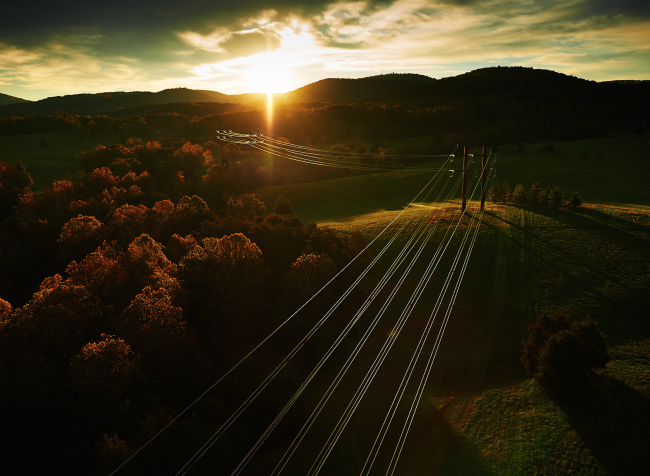 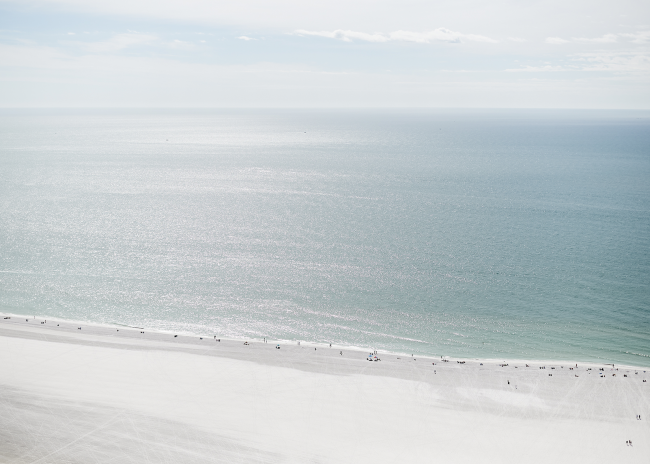 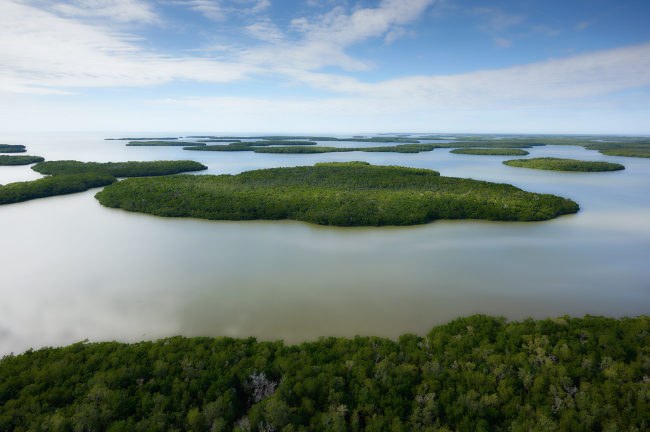 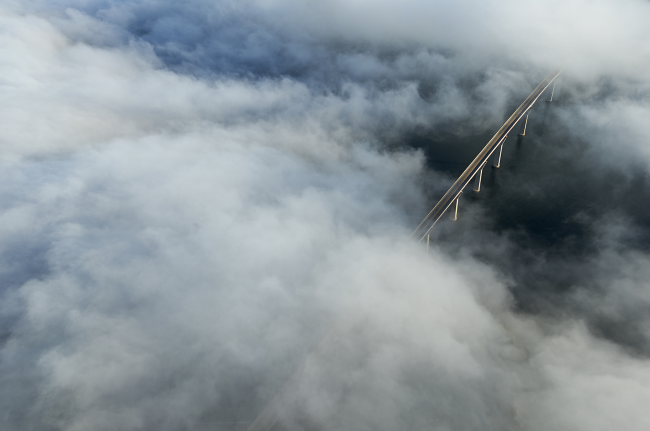 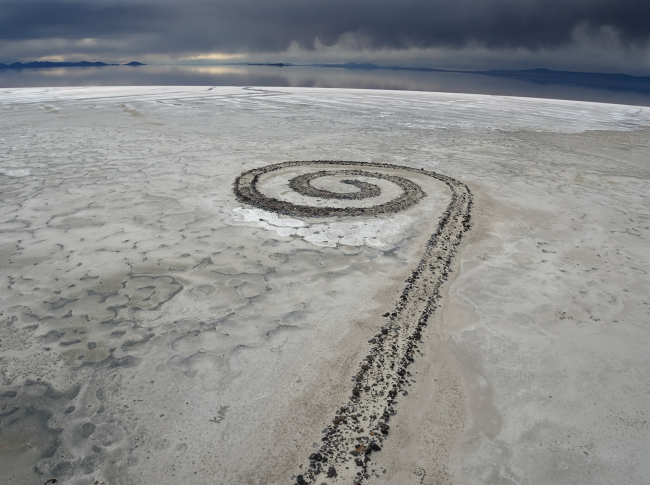 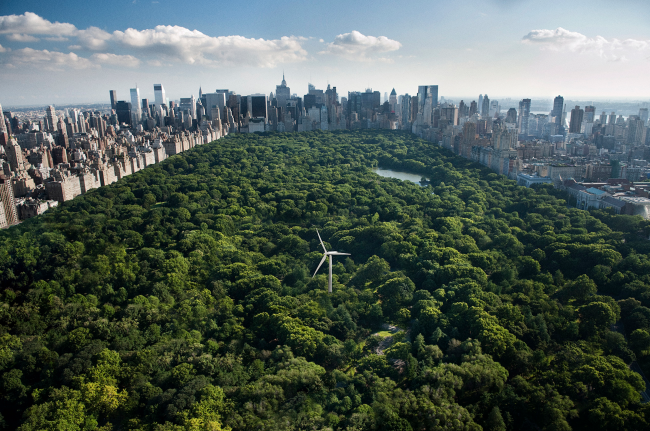 What has been the most surprising/innovative application for this type of imagery that you’ve seen?
Outside of books and magazine stories, I’ve started shooting images that were intended of the movie poster market.  Two of my New York City images have been made into the lead poster for the Spiderman movies. The U.S. Post Office chose an aerial of Blackwater Refuge from my Chesapeake Book project as the image to show marshes in the Earthscapes series of stamps. 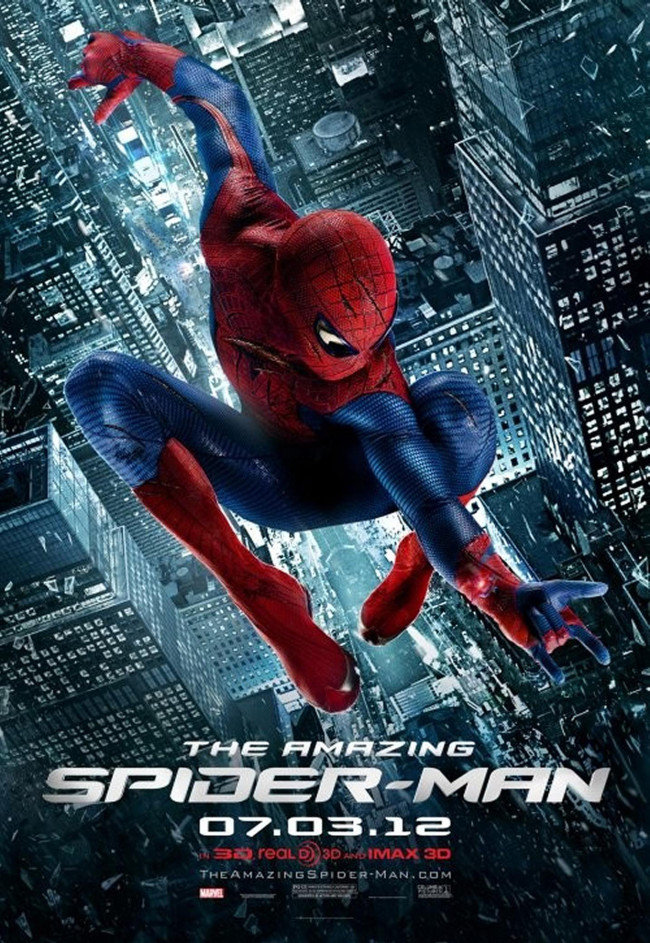 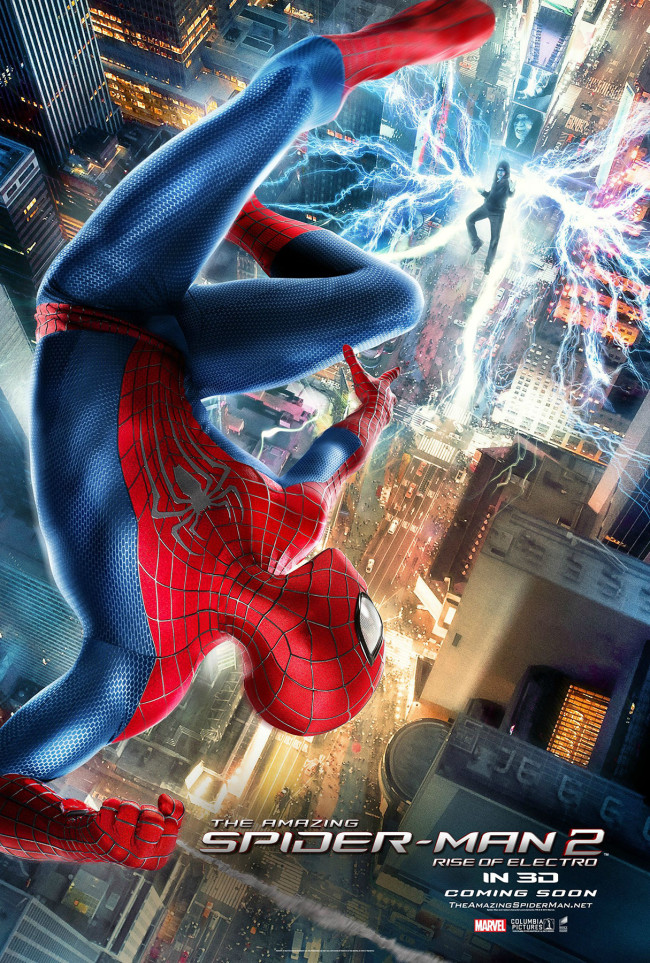 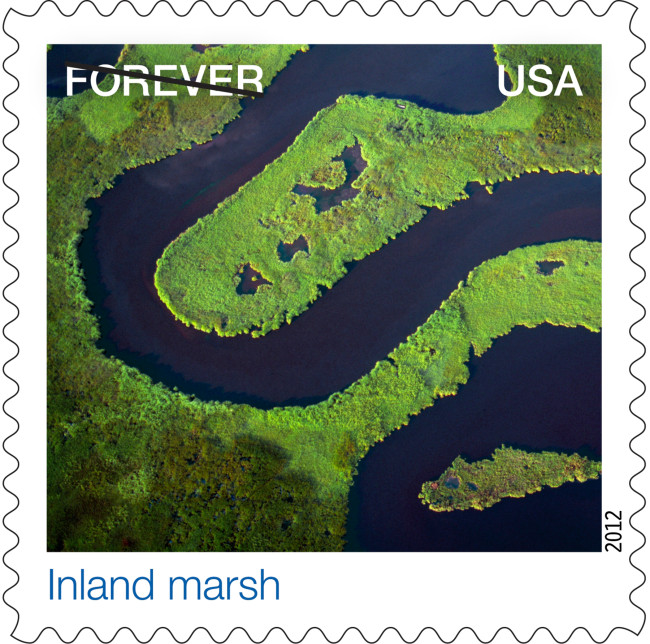 Quadopter/Octacopters (drones) have brought a raft of new uses and some of them are incredibly exciting and useful.  Everything from tower safety inspections to mapping, to wildlife counts and of course, aerials from a slower and lower altitude, which I might add, is significantly safer than flying a helicopter at 200 feet.

I have a long relationship with the good folks at Corbis and you can see many of my aerials there.  Also, I launched my own stock library, titled, AerialStock.