I’m going to Chicago this week. As such, I’m writing on a Sunday. Absolutely unprecedented, but what can you do?

That’s life these days, in the throes of the 21st Century Hustle.

Ironically, one of the reasons I’m headed to the Windy City is to deliver a lecture on just that subject. (12:30pm Sunday at the Millennium Knickerbocker Hotel.) I’ll also be reviewing portfolios at the Filter Photo Festival, so you can look forward to seeing some cool projects in October/November.

Honestly, the 21CH gets me down sometimes, even though I publicly espouse it. Doing lots of things, and trying to do them well, is a viable strategy for cobbling together a decent income, but it’s trying on the soul.

It’s not a bad thing, working more. Not at all. But being an artist does require the occasional day of sitting on your ass, thinking about things. Or nothing at all. Every now and again, you DO have to get bored to come up with new ideas.(Counterintuitive, I know.)

That said, my life has never been better. My wife and kids are healthy and happy. The career is doing fine. So what if I’m tired all the time?

It could be a lot worse.

That’s the thing about perspective, though. If we had it all the time, we’d never need to find it again. We wouldn’t be human if we didn’t occasionally lose ourselves in the caverns of our own minds. Fortunately, it’s one thing we can always look to art for: the chance to appropriate someone’s vision, to understand their worldview through their creations.

At least, that was where my mind went, having just put down “It Was A Grey Day: Photographs of Berlin,” by Gerry Badger, recently published by Peperoni Books.

This is one volume where the title gives it all away. Was it one day? I doubt it, but it was most certainly gray/grey/gris/sin color. I used the word bleak a few times in last week’s column, which is a shame, because otherwise, I’d definitely be using bleak today. (Who says good writers can’t repeat words? Bleak. Bleak. Bleak.)

All I could think about, while flipping through the pages, was that this Berlin must surely exist, because there were so many incarnations of it on display. Graffiti. Detritus. Broken down moments in the urban continuum.

Hell, in one photo, we can see the letters “Spair” painted on a brick cylinder, some sort of old chimney, and I was sure it must have come from “Despair,” because that’s what I was getting off of these photographs.

Now, I like the anti-aesthetic as much of the next guy, and have been known to make an ugly photo or two myself. (Goopy canned snails, severed deer’s head, decapitated cows…) Meaning, I have no bias against ugly beauty.

But when it’s all I see in a group of photos, I assume more about the artist’s state of mind than I do about the putative location. These pictures are about Berlin, I suppose, but they’re more about why Gerry Badger only saw this Berlin with a camera in his hand.

Where is the joie de vivre? Or was it simply that finding these less-than-glorious moments was the exact respite Mr. Badger needed from his other duties? Exaltation in the form of decay?

As the pictures are all well done, and communicate said mood, I thought it was a book worth reviewing. But there’s more here too. Gerry Badger is known as a writer, perhaps more than as a photographer. As I say in the aforementioned 21CH lecture, if they know you at all, count yourself lucky.

I began to read his closing essay, and then felt compelled to stop. In a sort of information creep, I was immediately seduced by Mr. Badger’s writerly voice. He was contextualizing before he even kissed me goodnight. The big names, the intellectually-bent quotes. I could see it all coming, and even skimmed to make sure it was thus. (It was.)

It’s his book, and more power to him. But if there’s one thing I know, it’s that the statement, the pitch, the lecture, the TV appearance, the personality, it speaks as loudly as the pictures, when given the chance. People expect that from their successful creators these days.

Would Steve Jobs have changed the world without the black turtlenecks on stage? (Always, on stage.)

To be clear, I’m not saying it was a bad essay, or that Mr. Badger shouldn’t have written it to accompany his photographs. Quite the opposite.

It’s just that in my role, which in this case involves reading pictures, I was much more interested in the naked honesty of these depressing photographs than I was in hearing the artist speculate why they are, or are not important. Great writers can make anything sound interesting. But a picture is worth a thousand…potatoes?

To Purchase “It Was A Grey Day: Photographs of Berlin” Visit Photo-Eye 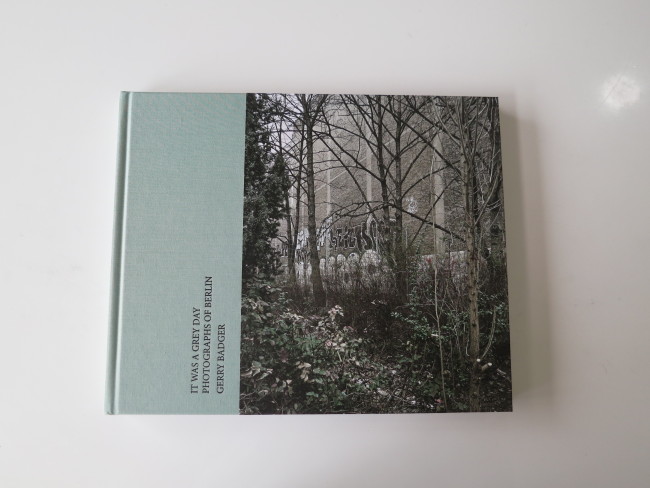 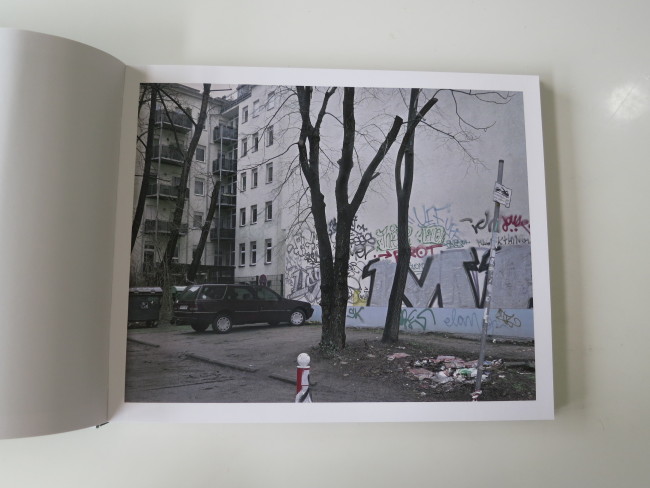 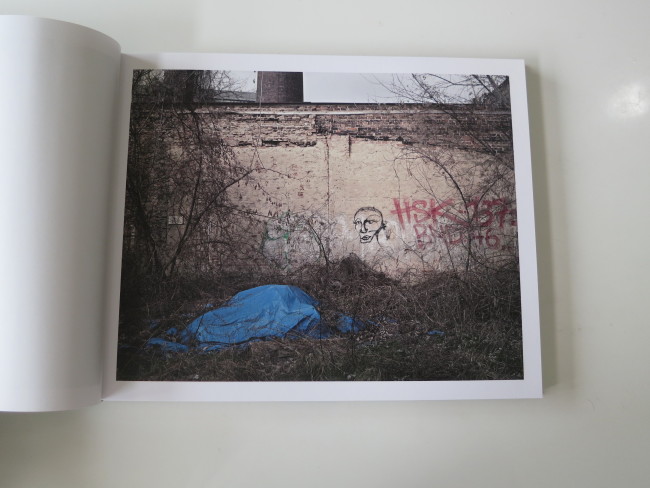 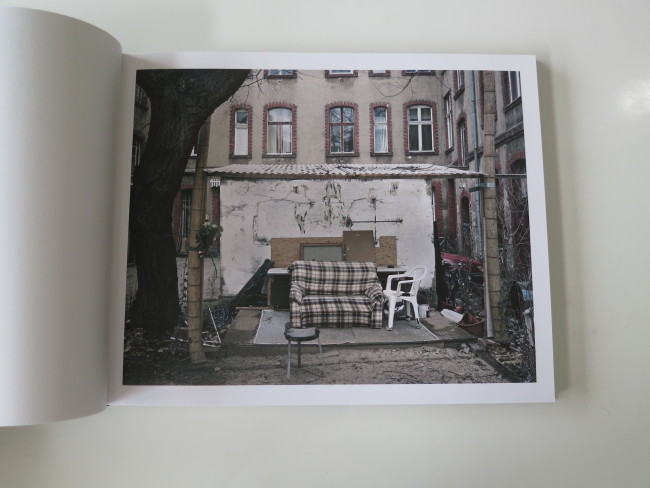 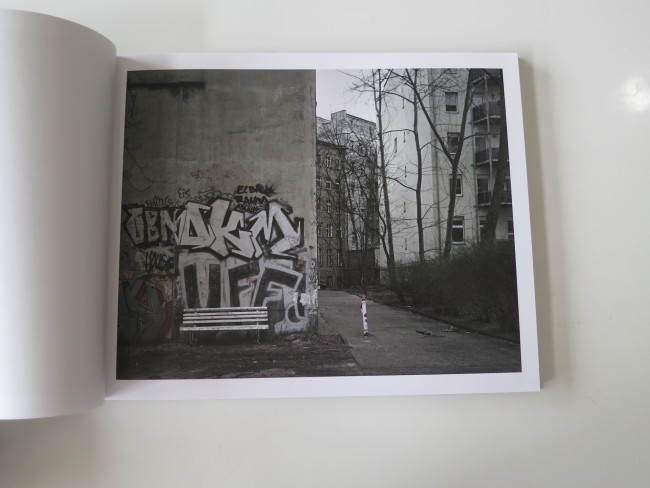 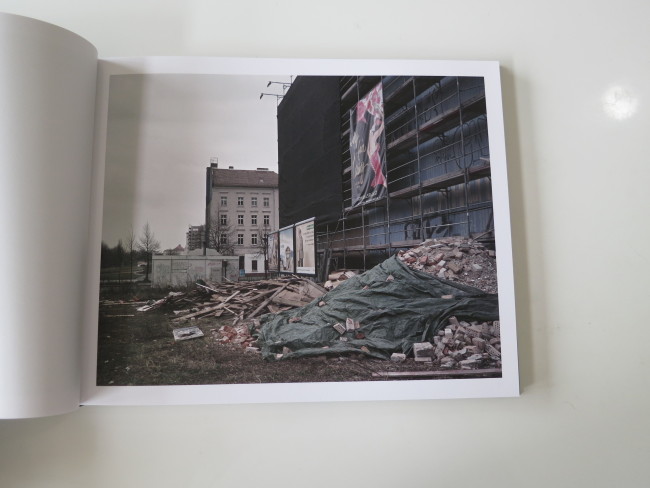 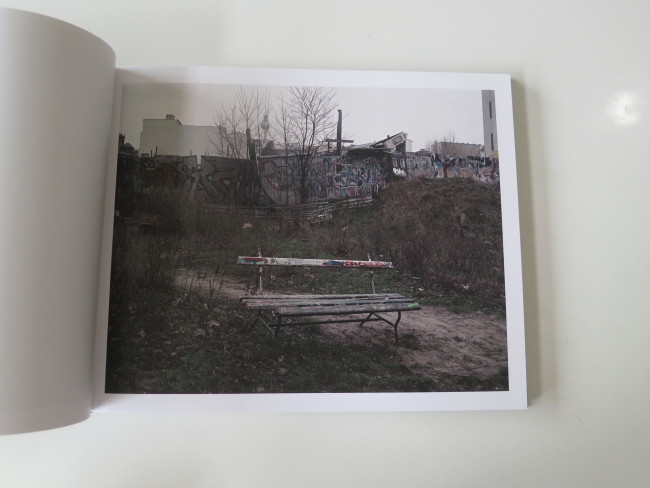 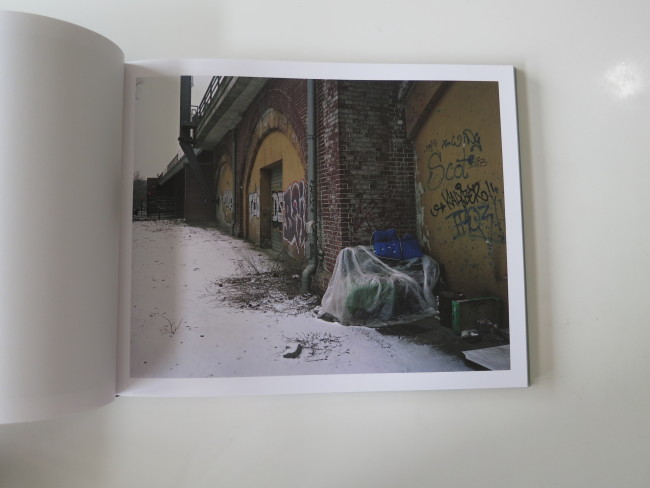 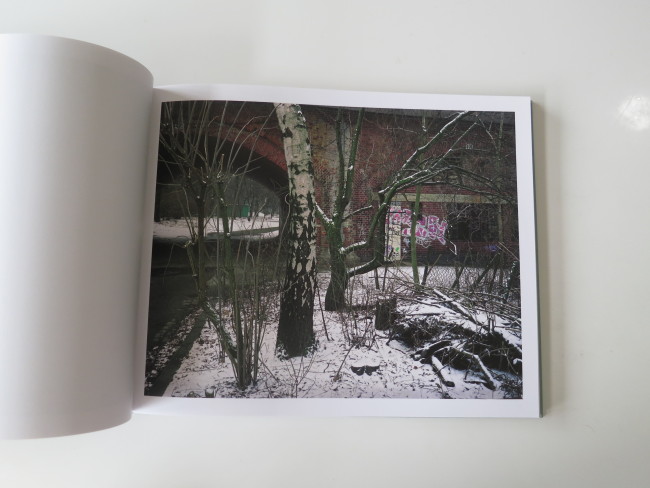 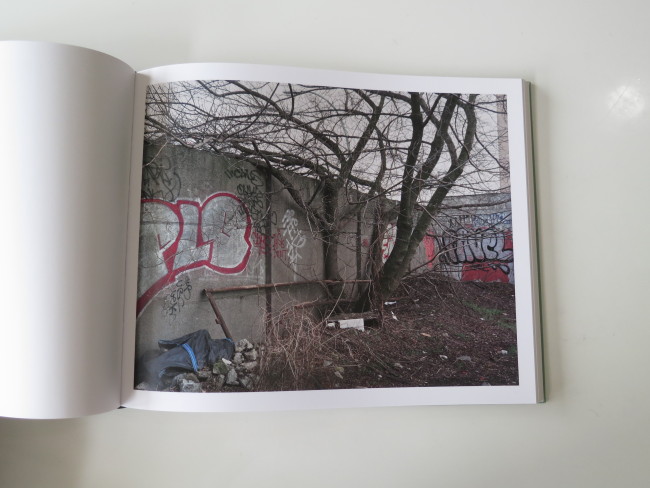 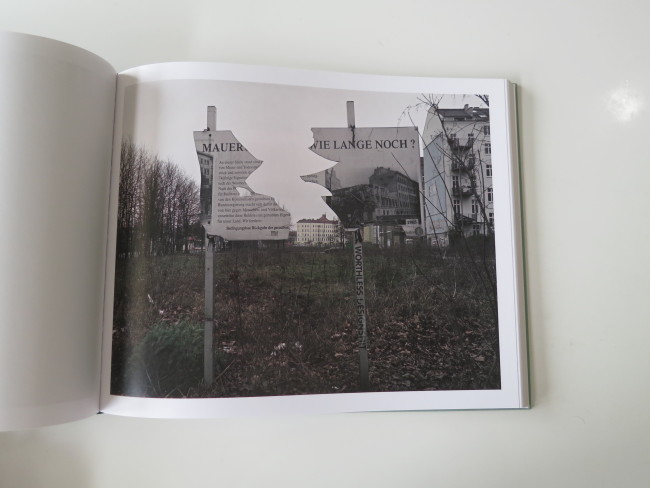 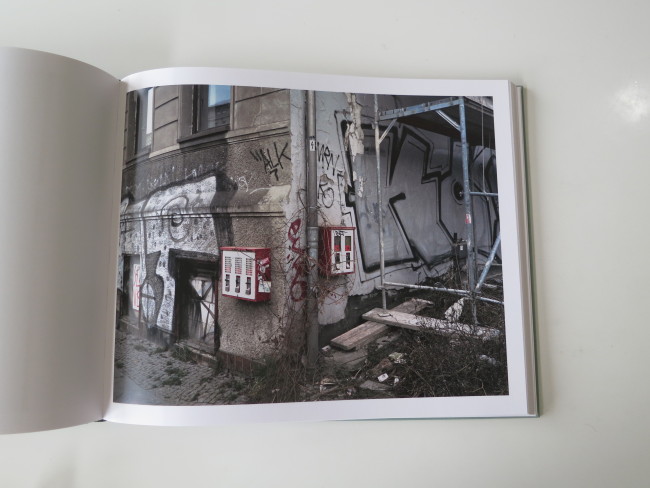 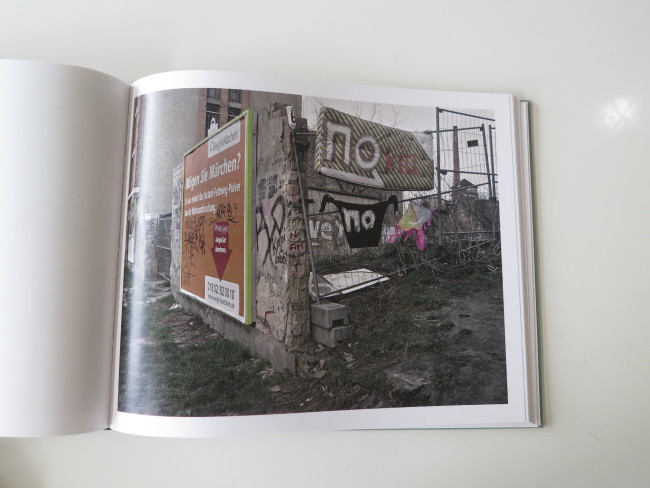 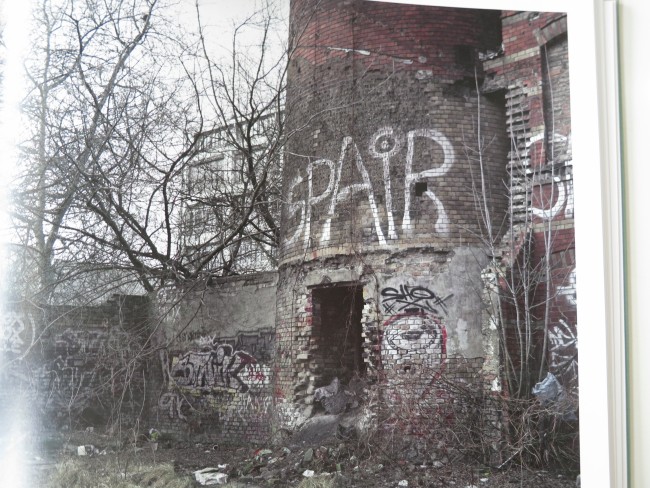 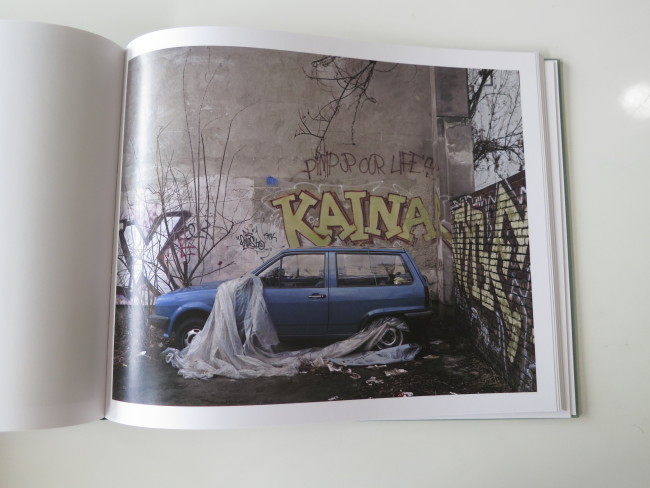 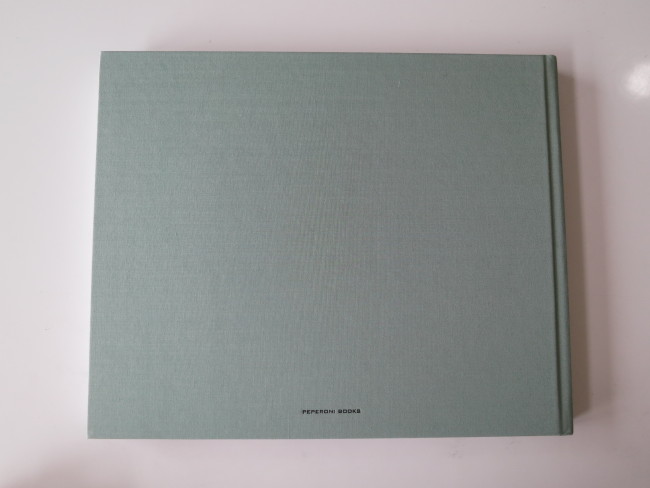