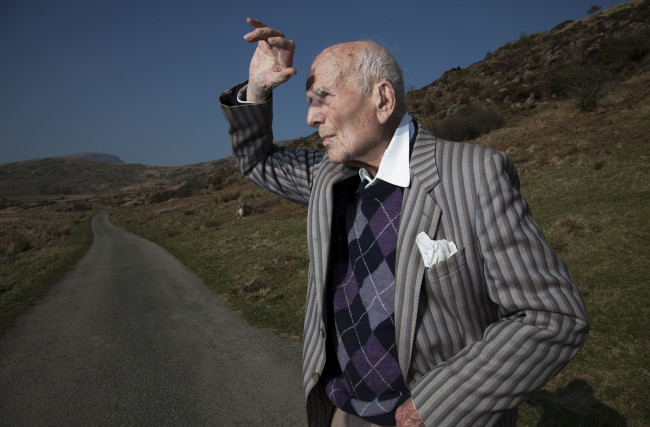 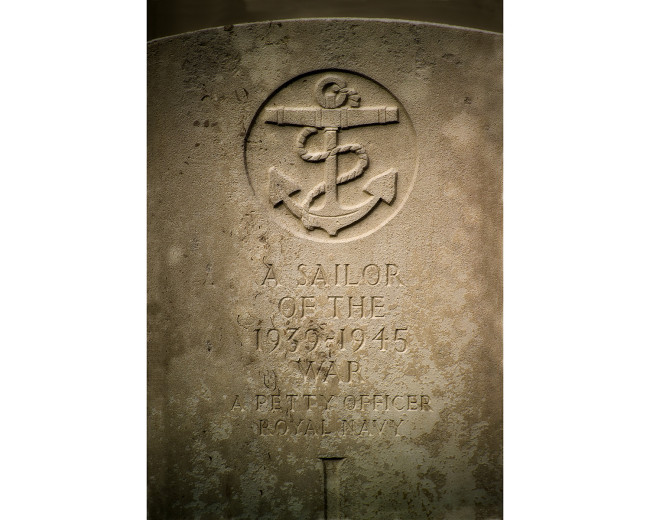 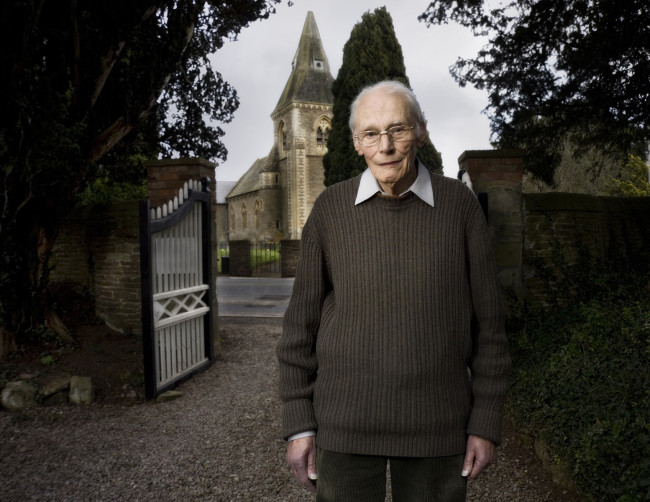 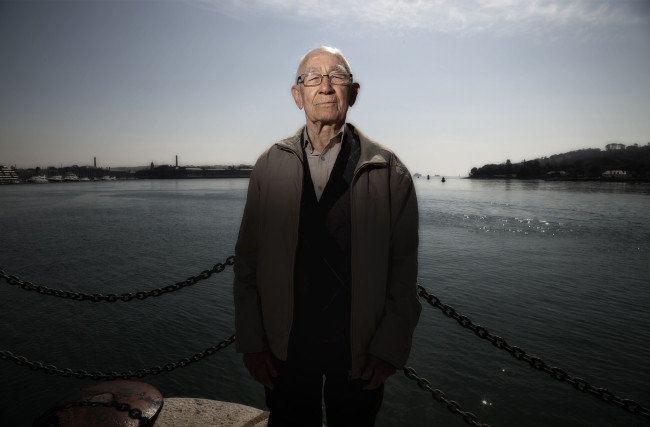 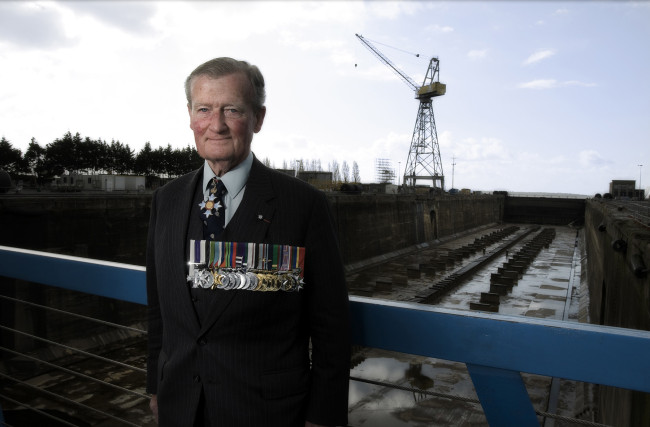 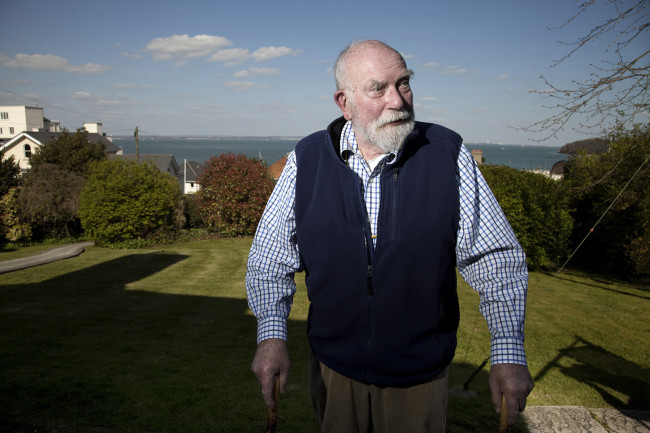 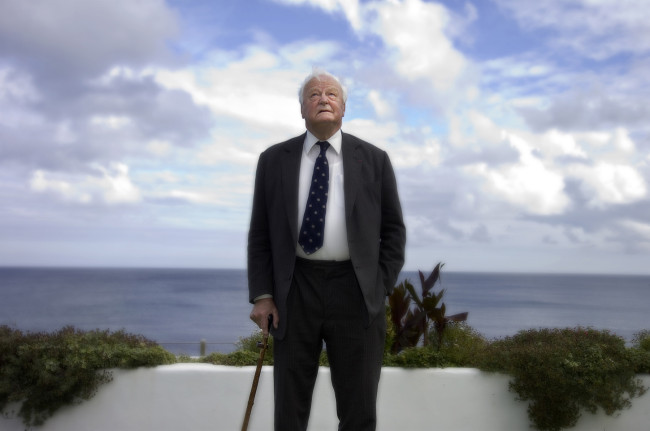 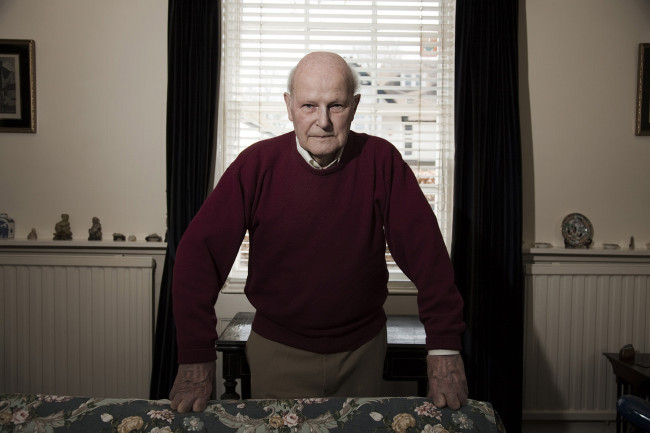 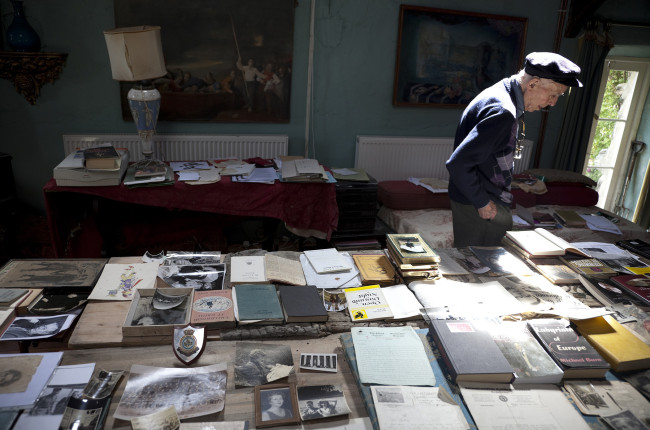 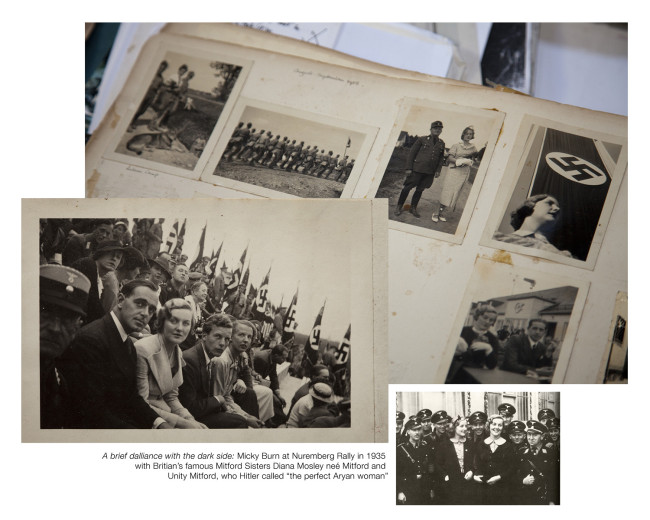 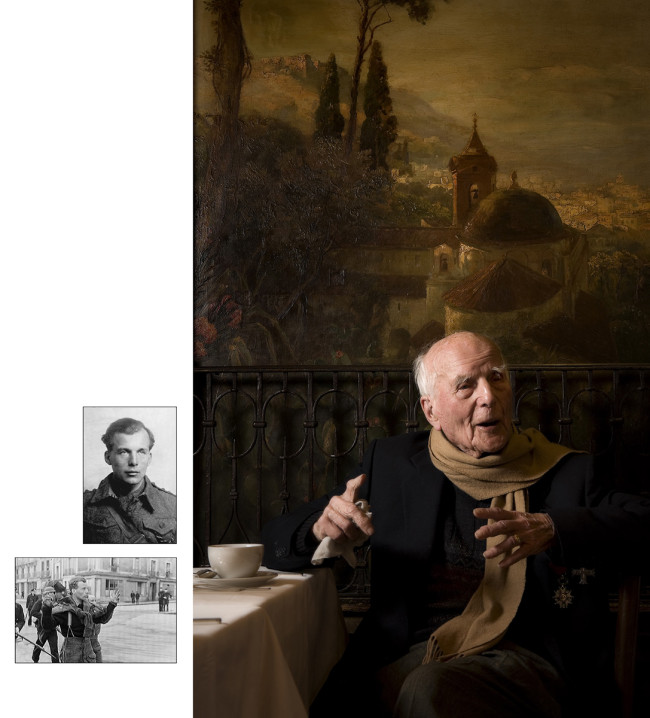 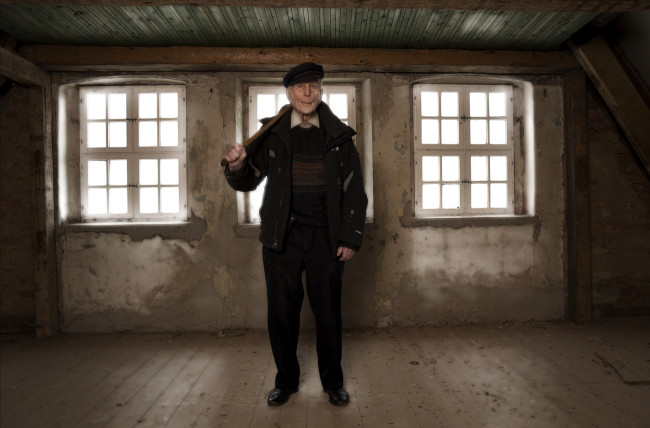 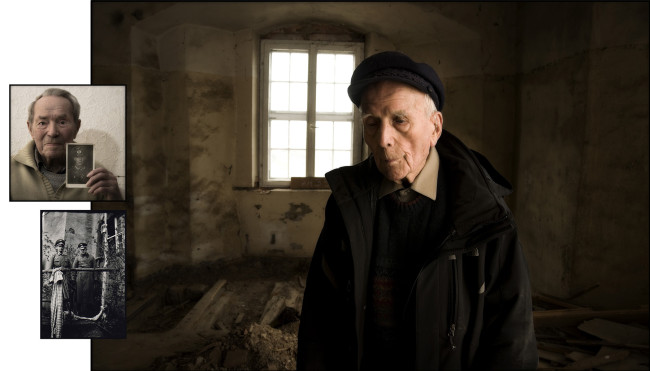 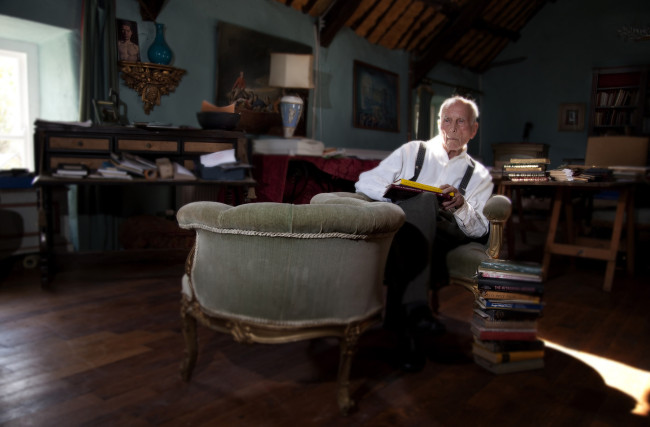 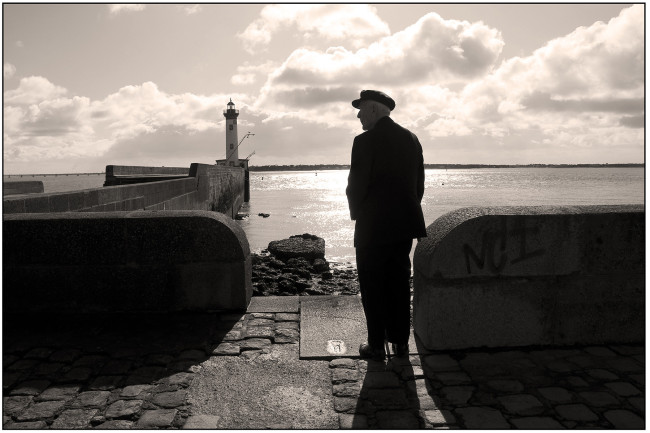 How long have you been shooting?
I began shooting professional freelance in 1981. Before that I worked nine years as an institutional photographer while in college. That’s a scary long time, 43 years.

Are you self-taught or photography school taught?
Self-taught at the school of hard knocks.

With this particular project, what was your inspiration to shoot it?
“Last of Our Lads” portrays WWII British Commandos who survived a daring raid on the Nazi U-Boat base and battleship-capable dry dock at St. Nazaire, France. The documentary film “Turned Towards the Sun”, focused on one of those commandos, Micky Burn. As a Times of London reporter, Burn was the last person living to have met Roosevelt, Churchill, and Hitler. Burn was a prolific author, poet, socialist wag, and an openly gay man before that was an easy thing to do.

I’ve always been interested in WWII history. When offered the chance to travel through Great Britain and Europe to photograph these heroic figures, I jumped on it. The project was a labor of love—no shooting fee, but my travel costs were covered for multiple trips. I earned an Assistant Producer credit on the documentary film, and have “points on the back end” (Hollywood-speak for worth next to nothing).

How many years have you been shooting this project before you decided to present it?
We began shooting in 2008. The photos were put to immediate use for location and character documentation as we presented the story to producers, directors, and investors. After each trip I printed a few updated photo books. The photos became more dramatic and personal with each trip. The more I shot, the more clearly I defined my artistic intention.

The film “Turned Towards the Sun” premiered at the London Film Festival in 2012, where it was nominated for a BFI award. Our NYC director Greg Olliver recently struck a distribution deal with Matchbox Films. It is available on Amazon UK.

How long do you spend on a personal project before deciding if it is working?
Generally I know within a few days if a project is going to work. If it isn’t working, I move on. Fail fast.

Since shooting for your portfolio is different from personal work, how do you feel when the work is different?
I try to collapse the distinction between personal and commercial work. If I love a photo it gets used in promotions and the portfolio. There is an old axiom, ‘Show what you want to shoot’. I know it works because I’ve had to re-invent myself multiple times over my career. Each time I did so by showing the work I wanted to shoot. My intention is to get more work I’m going to love. That profits everyone—the agency, the client, the audience, and me.

Have you ever posted your personal work on social media venues such as Reddit, Tumblr, Instagram or Facebook?
My Twitter handle is @ScottDon’tTweet. Life is short, and I’d rather be shooting. So it’s taken a while for this old Analogasauras to gear up for social media. That said, with each step into twitterverse I am astonished at the results—it’s a big crazy place, social media.

Last week ImageBrief’s social feeds named me one of ten lifestyle photographers to watch, in part because of these photos. The buzz I was able to see was relatively small, a few dozen responses, but surprisingly eclectic. It included multiple photographers, two Paris fashion designers, a San Francisco serial entrepreneur, and a wannabe big game hunter from somewhere in Africa. Go figure.

Many of the Last of Our Lads photos appeared on Facebook pages belonging to project producers (it’s about all there was in 2008), which saw plenty of Likes and drove viewers to our websites.

If so, has the work ever gone viral and possibly with great press?
The work largely pre-dated modern social media—so no, no buzz as we know it. We got a good deal of international press, however. That was mostly due to the amazing stories the commandos told. But I was there, ready with photos. We were offered a book deal with a UK publisher, but decided to wait and hitch our star to a leading UK film studio that assigned a screenwriter to the subject. I’ve learned “in development” actually means lost in limbo—we have no idea if and when the feature film will get made. If so, we’re ready with hours of Disc 2 interviews and B-roll.

Have you printed your personal projects for your marketing to reach potential clients?
Last of Our Lads photos were widely used in email promotions and in editions of portfolio books. The photos won several Austin and regional ADDY awards over the several years they were shot.

I show this kind of work to good effect. Some art directors want to see specific shots that match the stock-photo-generated comp the client approved. Others are more interested in ‘the vision thing’. Those are the creatives I want to work with, the ones driven by vision.

Showing this documentary-style photography means I don’t get hired to shoot traditional lifestyle and swimsuit-clad couples at resorts. But I do get hired to shoot for clients like Nocona Boots as they roll out their “Let’s Rodeo” campaign. That’s the stuff I love.

Scott shoots what he loves: documentary style in a commercial context. He keeps it simple, clear, and compelling.

His work has won more prizes than a case of Cracker Jacks: CA, PRINT, HOW, PR Week Campaign of the Year, dozens of ADDYs and other national awards.

Scott specializes in industry, technology and energy, agriculture and ranching, education and healthcare. He shoots real people wherever possible. This storytelling impulse goes way back. His first solo exhibit, “Working”, opened at the AFL-CIO Union Hall in Austin. Scott comes by this authenticity thing honestly.

Scott works hard at playing. He donates creative services to projects like Art from the Streets and Con Mi Madre. He serves on the board of the Austin Advertising Federation: 16 years, twice as president, winning Club of the Year four years running from the American Ad Fed. For the last decade he led the Hill Country Ride for AIDS marketing team, working with Austin’s best creatives to raise more than $7 million with campaigns that appeared in CA, PRINT, and HOW. He rides his bike silly long distances in the Texas heat.

All this earnestness and collaboration in the service of brand development and good art means Scott is real easy to work with. He’s WYSIWYG with a big smile.