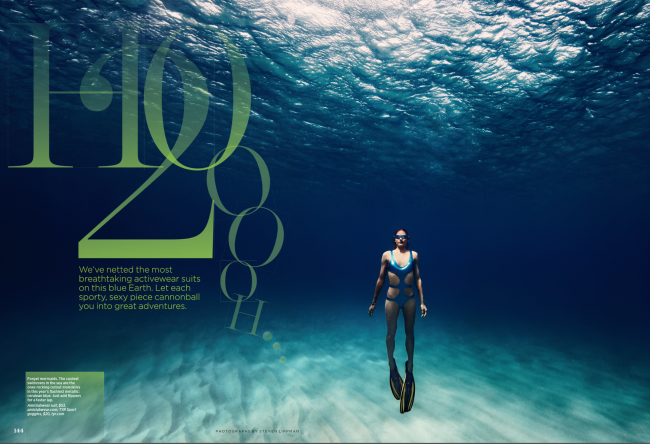 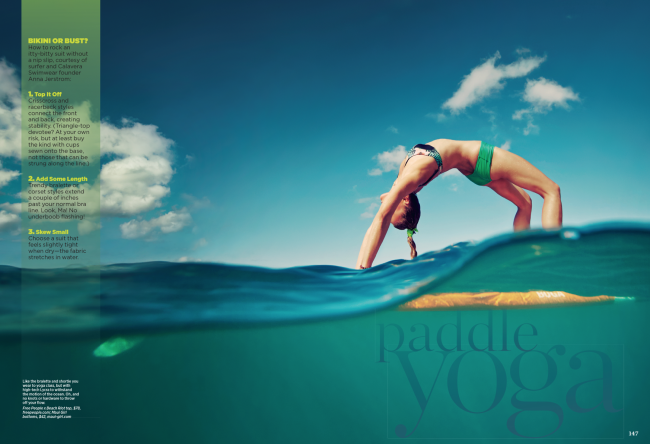 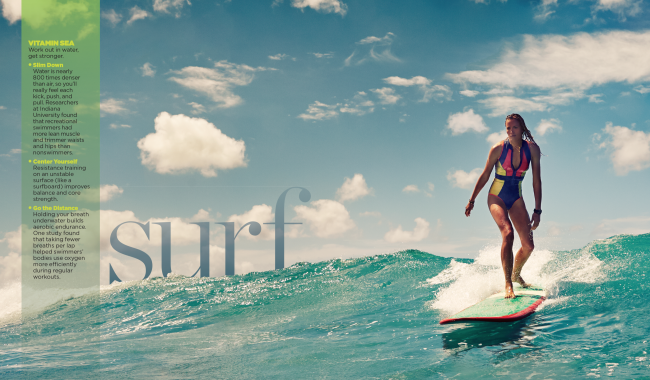 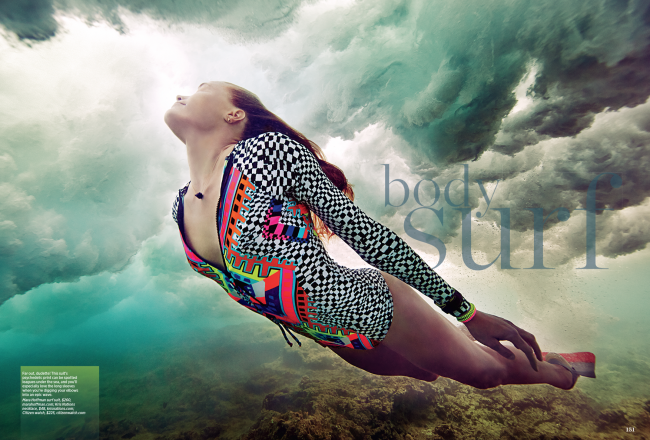 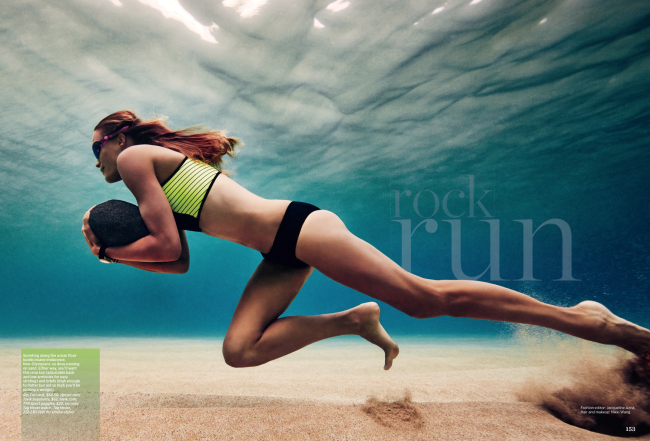 I know Steven has a strong love for the ocean/surf/ did he pitch this fashion idea? or did you award him the project?
We wanted to shoot activewear bathing suits fashion in a very graphic and sporty way so approached Steven with the idea.  Steven loves the water so we knew this was the perfect assignment for him.
Where was this shot?
We debated with him on the merits of numerous locations that would provide us with most visuals but still stay within our budget.  After looking at all the locations we decided Hawaii would have what we needed.  We were trying to shoot early April but ran into conflicts with school vacations and found many places booked.
I’d imagine you needed a certain type of model, tell us about her.
The model  Jill is someone we had worked with before and knew that she surfed and would give 100% to whatever we asked her to do.  She actually came directly from kite surfing camp directly to our shoot.  Once we picked Hawaii our producer had to closely watch the weather and wind and ended up adapting our shoot days based on the wind patterns.
How long was the shoot?
It was a two day shoot.  Each physical activity our model had to do was hard and very time consuming.
We could do 3-4 shots in a day.