I just watched a horse walk in circles. There were two gates, in front and behind, that marked his turf. Slowly went the horse. Slowly turned the rotor.

No one was there minding him, outside the barn. I happened by at the end of my run, and decided to play spectator for a moment. It seemed so obviously metaphorical. (And put there just for me.)

We believe ourselves so different, each from another, each race distinct. But the majority of people in the world will do these things, day in and out. Sleep. Eat. Wash. Work. Walk. Talk. Copulate. Procrastinate. Etc.

Our media, social and old fashioned, binds us together through an electronic web. It’s real enough, though we can’t see it. What have I learned from the great InterSphere?

Twitter is the news these days. And it’s also the reason I know that Donald Trump said some nasty stuff about Mexico. Or was it Mexicans? And what did he say exactly? Does it matter?

What I came away with was that racist, idiot Donald Trump offended an entire nation. Is that the gist? You can only glean so much from 140 characters at swipe speed.

Or what about “El Chapo” escaping a maximum security prison in Mexico? Did you hear about that one? Do you know who he is?

Was anyone surprised the most powerful cartel boss in Mexico got away from the authorities? If so, did they tweet their dismay? What might that have looked like?

“OMG. Can’t believe they let him get away again. #Corruption #Jailbreak #Oralé”

Personally, I would have said something like, “Of course he got away. If those monsters in New York State could figure it out, with nothing going for them outside of charm, paintings, and a large penis, then how could any prison hold a man with limitless money and power?”

Twitter didn’t exist when the Mexican Drug War started. We’re so self-involved here in the US that most people have forgotten about it entirely. After Enrique Peña Nieto went on his own charm offensive, after his election, the PR gurus pushed the story down below the fold. It was all about the Mexican economy. Let’s not rock the boat.

But now they have egg on their faces, or huevos, if you will, because this story perfectly fit the entrenched narrative that the inmates are running the country. If you can pay, you can play. (Insert further random cliché here.)

This is not a news site, and I’m not a proper journalist. But we do attempt to discuss big ideas, and pragmatically dispense advice about the way things are. As such, I interviewed Mexican photographer Alejandro Cartagena a few years ago, and he told what it was like living on the front lines of the Drug War, in Monterrey.

Alejandro is a friend, and a prolific artist, so I was not surprised when “Before the War” turned up in my mailbox the other day. Apparently, the pictures within were shot between 2005-7. (Hence the title.) So let’s take a look.

This is one of those publications that I pretty much had to review. Not because of my personal connection, but because it pushes the boundaries of what we’d call a book. The title is actually printed on the envelope, so even the packaging is a part of the production.

In that regard, it reminds me of something that TBW books might make. (As we learned from their publisher Paul Scheik, it’s the little details, done properly, that make all the difference.) It’s also note-worthy in that the pictures are really not that special, which is a subject we’ve highlighted of late as well.

Pull the tab to open the envelope, and you’re faced with some explanatory text. The war began in 2008. There are more than 80,000 deaths recorded since then. It has been a clusterfuck of tragic and enormous proportions.

Slide the plastic sleeve out of the envelope, and open that too, and there is a pile of smaller inserts, seemingly printed on newsprint. (Cheap to produce, and a built-in Marshall McLuhan reference to the old way news was disseminated, pre-Twitter.)

The first leaflet has text from a press conference in which President Felipe Calderon, who began the War, spoke directly to a heckler. There are pictures interspersed, and then stories. Poignant tales that make you feel something.

Kidnappings. Murder. Appropriation of property. All crimes that fester in the vacuum of Chaos.

There is a subsequent fold-out-poster with portraits, and text snippets that refer back to one of the previous stories. Then a faux-postcard. Then still more leaflets filled with the kind of empty, blurry photos, including soaring birds that make me think of vultures.

A few weeks ago, I critiqued another book for using the horror motif gratuitously. Here, it’s different. The pictures were made before-the-fact, but the production elements enable the pages to channel a certain type of emotional tenor, for a very particular reason. (You see people, you think ghosts.)

It’s almost Baroque, as the darkness that inspired the “book” drips back off the pages, taunting you to imagine what other people’s lives are like. Do you really want to know?

I’ll try to write something funny next week, as the last two reviews were a tad heavy. You know I like to keep the balance. But today, while it’s Summery, and hopefully you’re getting ready for a great weekend with your friends and family, maybe pour a little bit out for the homies now beyond.

To Purchase “Before The War” Visit: http://tienda.alejandrocartagena.com/product/before-the-war-2nd-edition/ 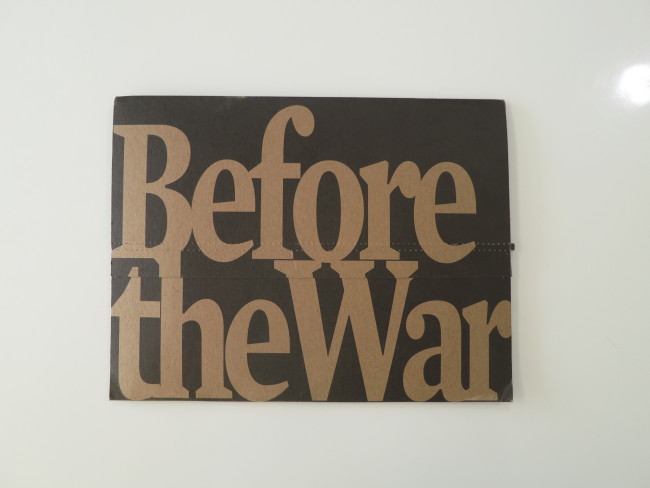 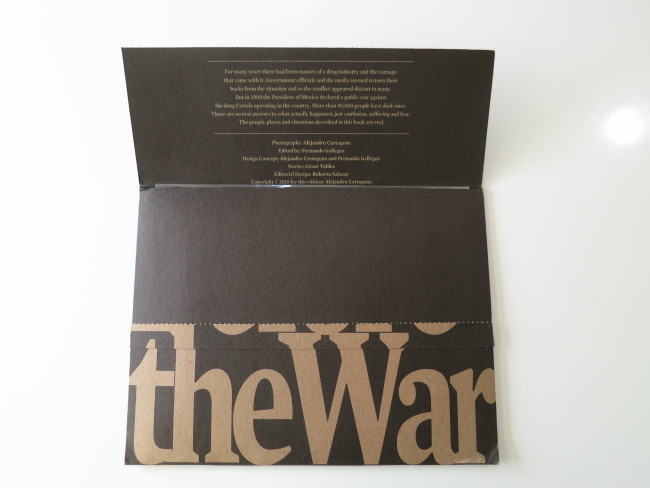 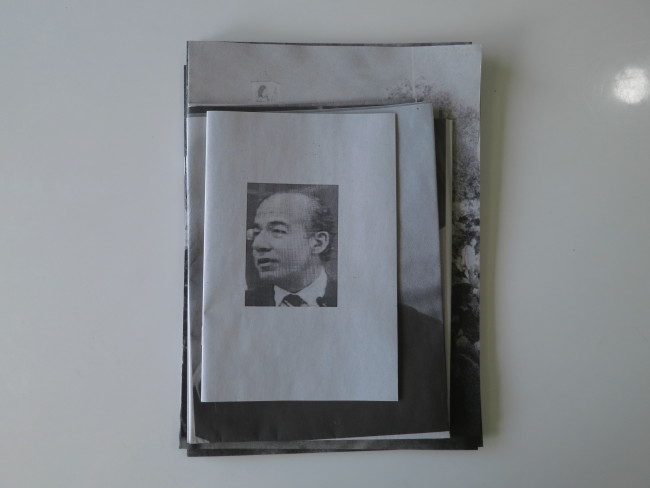 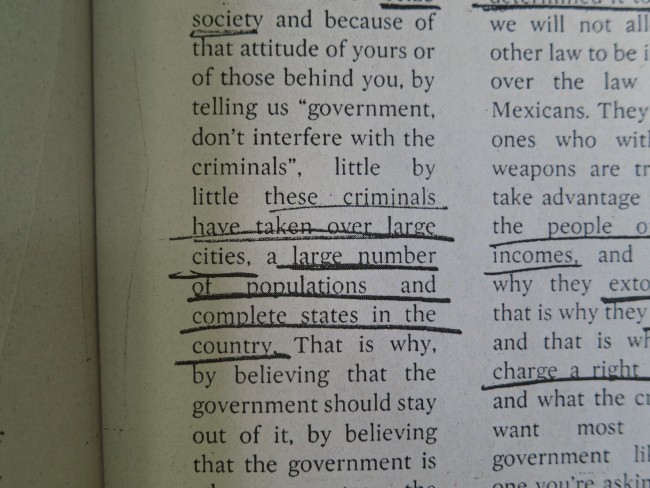 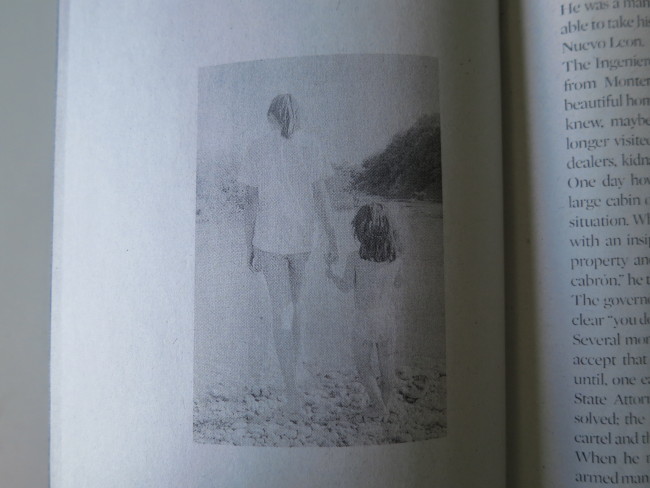 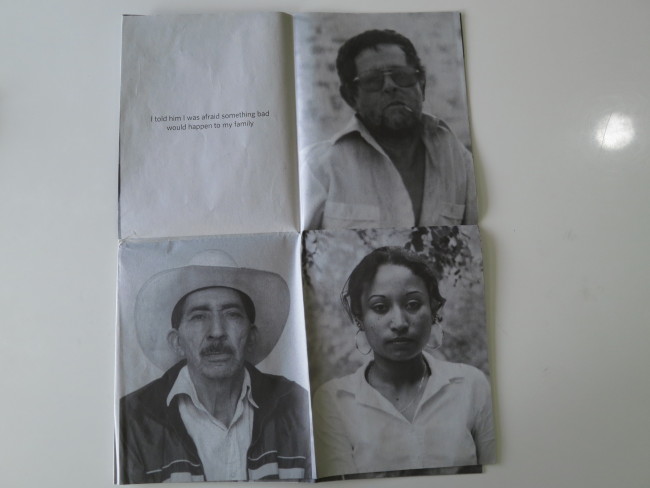 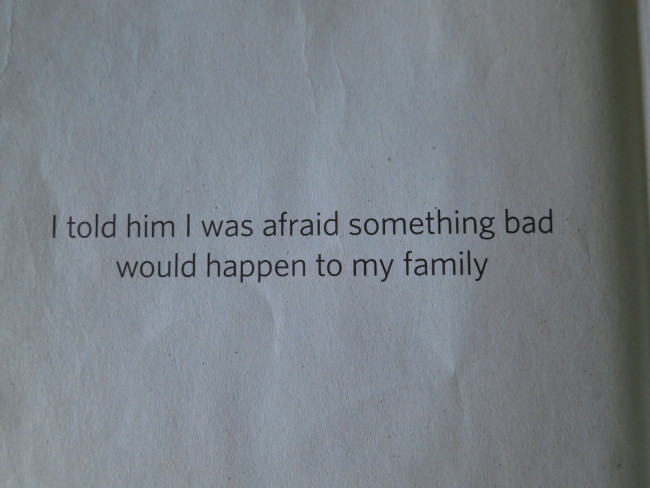 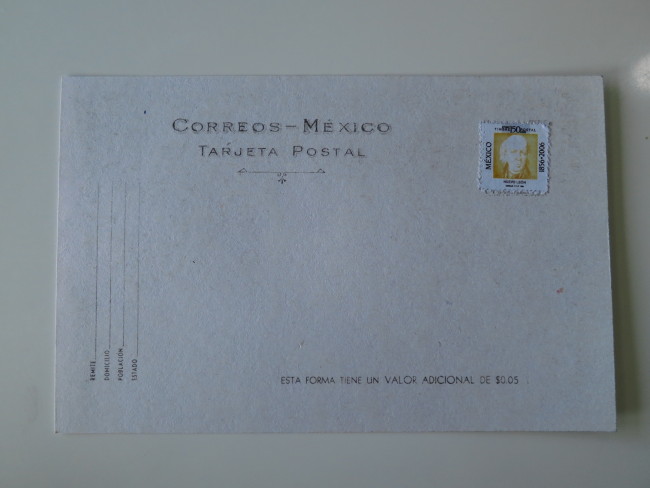 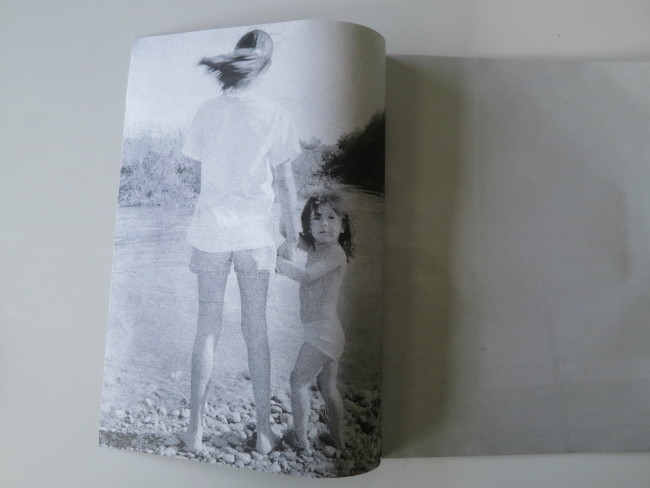 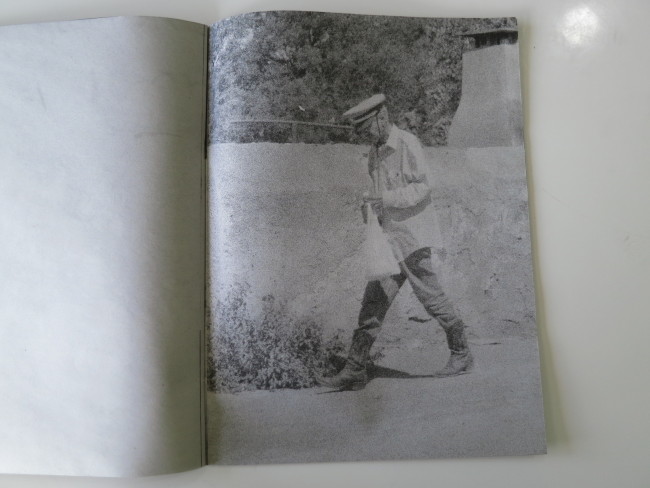 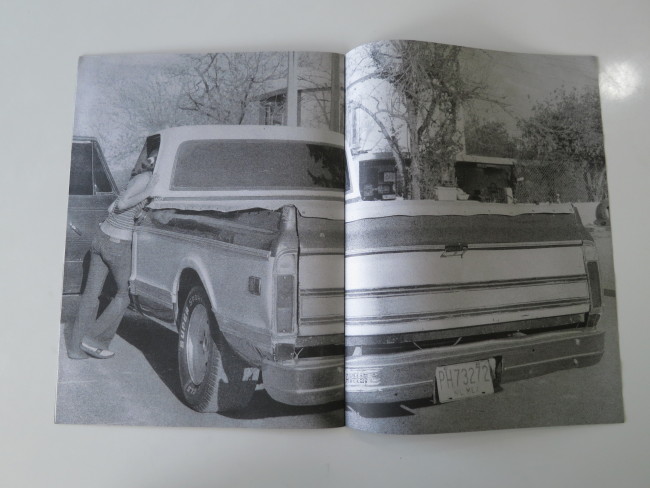 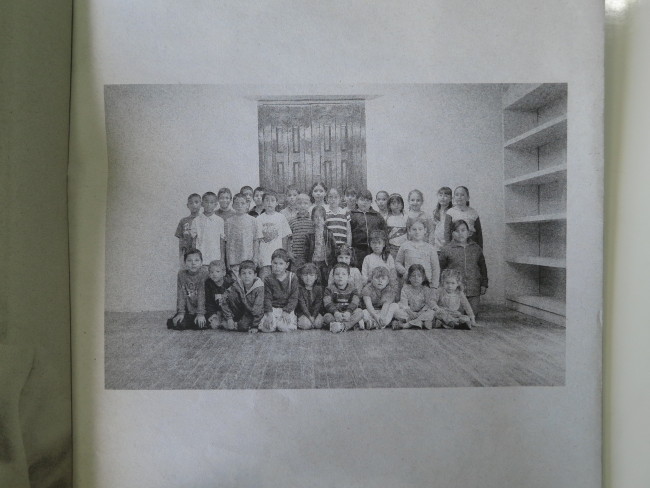 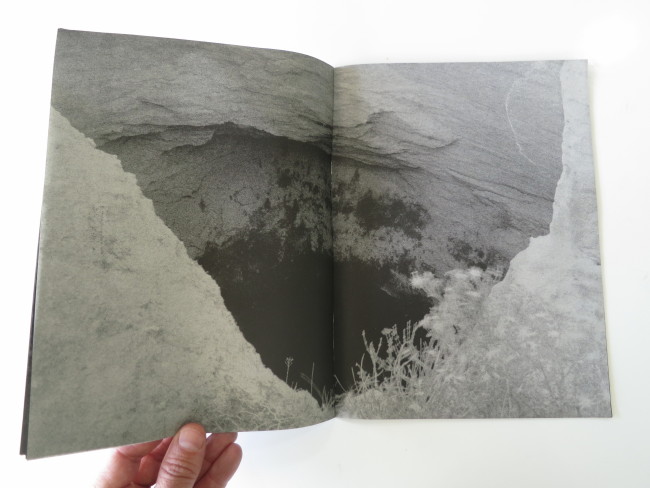 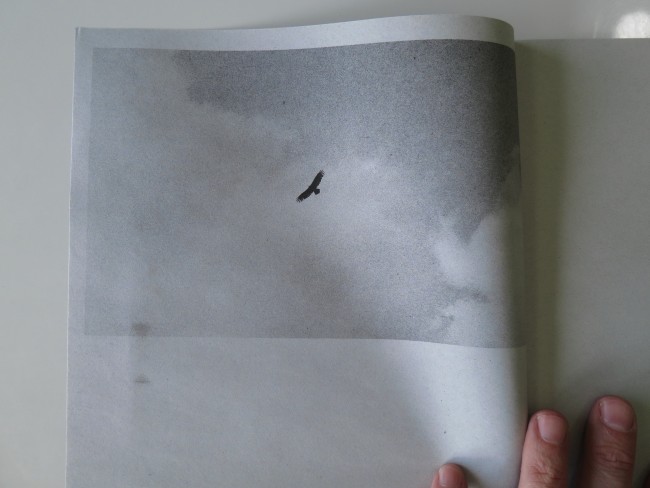 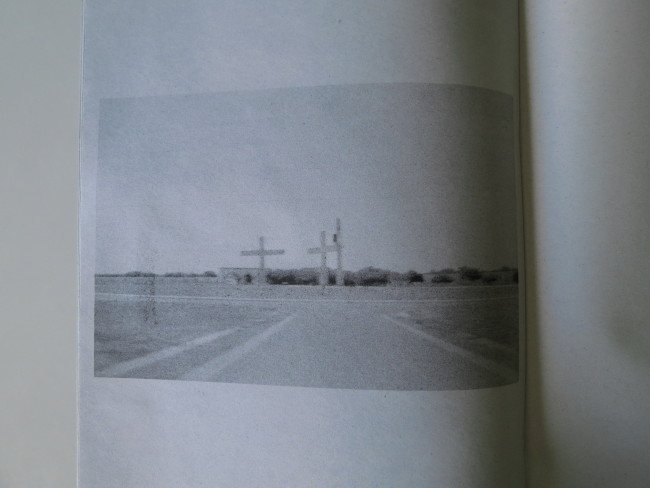 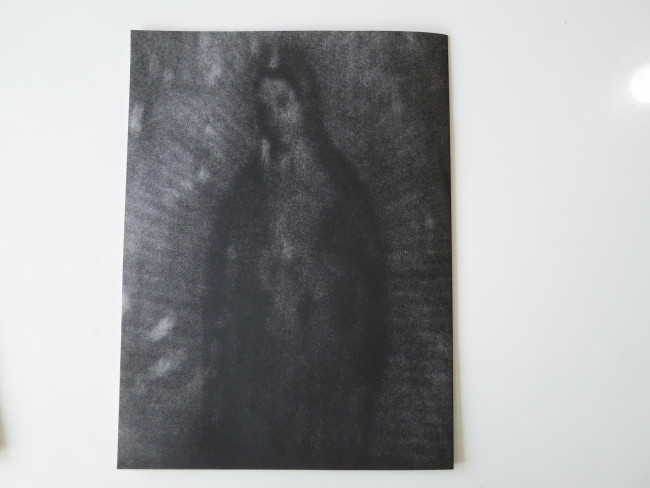 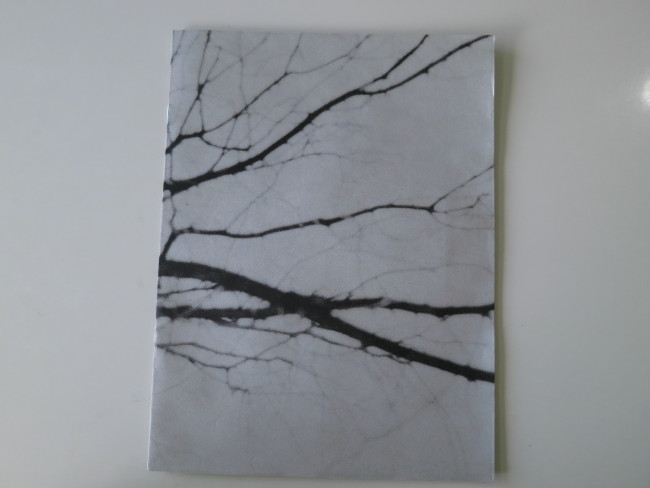