Edgar Allen Poe, “The Raven,” as I remember it from 7th grade

You never know what will stick in your head. Some things stick that we’d rather not, like an image of James Foley getting his head hacked off. Other things hang around, and we savor them, like the aftertaste of some magical Ecuadoran chocolate.

In general, it’s good to be memorable, if you’re a photograph. It means there’s an element, embedded in your pixel or grain structure, that enables you to stand out from the literally endless crowd.

The numbers of pictures made each day, week, or year, are simply too large to process. They might as well be infinite, these jpegs, because I can’t imagine anything stemming the tide. Even in the end of the world, as imagined by Sci-Fi genius Neal Stephenson, the jpegs and .mov files withstand the apocalypse.

Given this reality, (tons of pictures, not the end of days,) it’s the job of a conscientious photographer to try to figure out the secret code to originality. It’s often said that developing a voice, or Point of View, can help differentiate oneself.

I’d say that’s true, but perhaps it’s easier said than done. In a world of 7 billion people, it can be a tad tricky to figure out what makes you different from everyone else. Even self-awareness is not the magic bullet it might have been back in the day, when the “Average American Male” was as cognizant of his emotions as a pile of railroad ties.

It’s all out there.

Normally, we think this is a good thing, in that we keep abreast of our community. Sure. That’s true.

But it can also make it that much easier to ape someone’s style. To allow the creative creep to happen, in which you’re subtly absorbing information you might not even realize. Before you know it, you’re not exactly appropriating, but your pictures are less original than they might have otherwise been.

Which brings me back to “The Raven,” or at least, what I remember of its opening stanza. How do scary movies work? They use scary music, with lots of low-timbre, asynchronous drums, strings, and piano. The color palette revolves around some shade of Black.

The world that Edgar Allen Poe conjured, before cinema even existed, haunts us still. (Pun intended.) Scary movie tropes are there because they work. Lots of light, with shiny colors? Not scary. Skeletons emerging from black muck? Scary.

Having said those words, do any images come to mind? I bet they do. I reviewed Ken Schles’ book “Invisible City” a month or so ago, and it would fit the bill. But it was done back in the 80’s, and those pictures conjured a mood that by all accounts resonated with the New York City that actually existed.

“Good Dog,” a book in my photo-eye pile, by Yusuf Sevinçli, made in Istanbul, may represent that city just as well. I have no idea, as I’ve never been to Turkey. (Though I’ve heard it’s a lovely.)

The book, though, reminded me of so many others that I was not able to take it seriously. I apologize, as normally I lavish praise on the books I write about. This one certainly has redeeming qualities, and some of you may even want to buy it.
(I’m not suggesting it’s worthless.)

Rather, it’s devoid of creativity, despite its edginess. Last week, I deviated from my normal style, and wrote a critique directly to a young photographer. Having received a thank you note, I feel I hit the mark. And the comments were favorable too, though one person did suggest I was in attack mode because the pictures were so traditional.

Everyone knows I like edgy work, but what does that even mean? I’d suggest it refers to photographs that contain an element of tension and surprise. They throw the viewer off-guard, with unexpected choices. I enjoy sitting with such pictures.

“Good Dog,” therefore, does not match up with that description. The trope does, with it’s darkness, grain, big eyed kids, dangling Eggleston light bulb, flowers, panty-covered vagina, flies, dogs and birds. It’s supposed to be edgy. I get that.

But after seeing such things more times than I can count, I was bored of this book well before I finished. I even made a game of it, saying, “Wait for it. Wait for it.” until the boob shots showed up. They had to be there. It was inevitable.

Why?
Because Boobs Sell Books.℠

I’m sure Yusuf Sevinçli is a talented artist. He shows in galleries, and might well sell a lot of his work. I’m not suggesting he’s a hack. Surely, these are the types of photographs he enjoys making. (And with Ken Schles thanked in the end notes, he appears to have some well-placed supporters.)

However, I didn’t want you, the audience, to think I took a shot at Seth Hancock last week because of the style of work he likes to make. Rather, I sought a teachable moment, where I could speak to all the image-makers out there. In particular, because it’s a message I’ve heard directly from other colleagues at portfolio reviews.

Make the pictures you want to make. Do what gives you joy, or satisfaction, or scratches the incurable mental itches that cloud your sleep.

But when it comes to making a book, and putting things out there for the rest of us to see, don’t sell yourself short. There are many ways to tell the same stories. And tropes can even be broken. In fact, it’s the subtle tweaking of tradition that tends to create the deepest resonance. 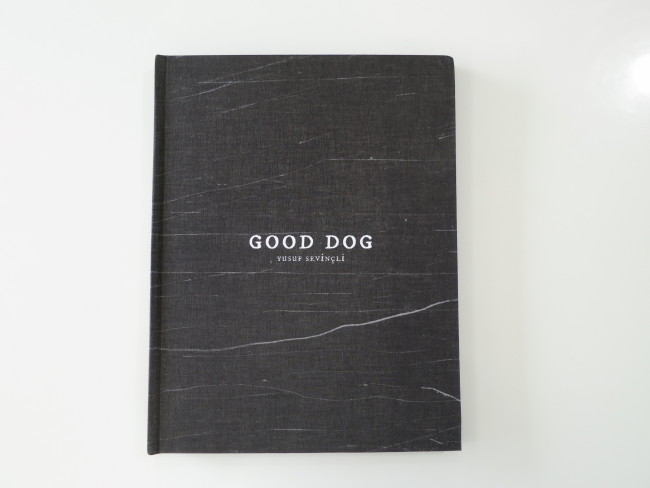 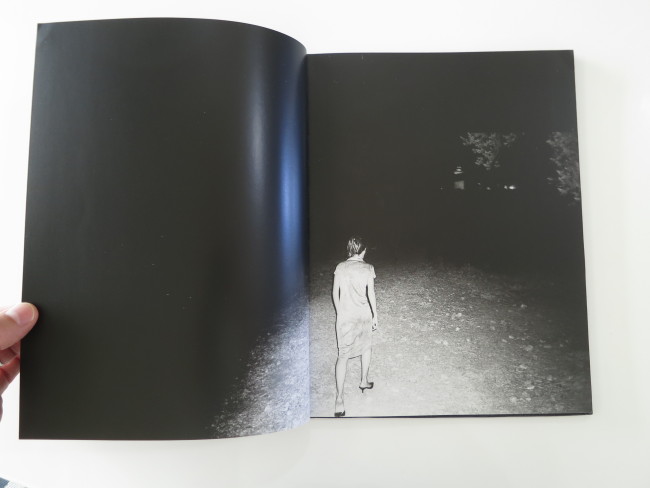 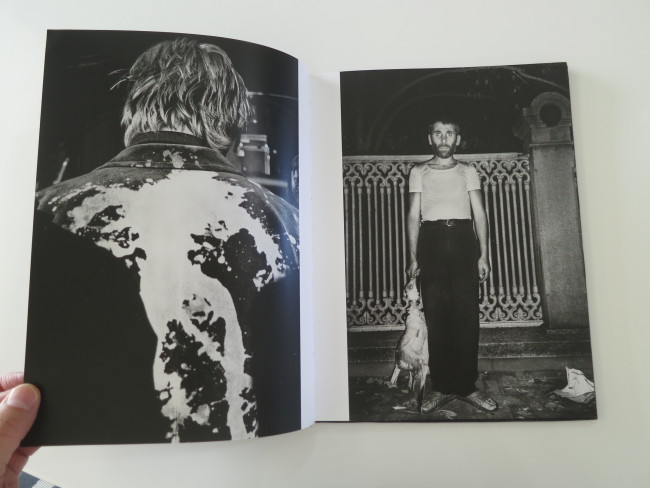 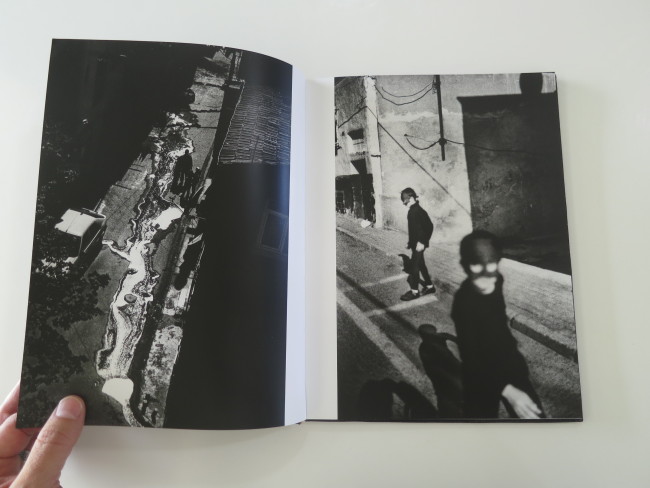 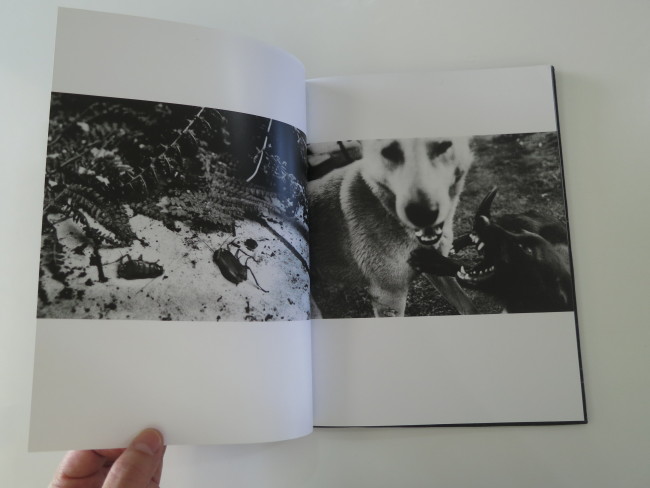 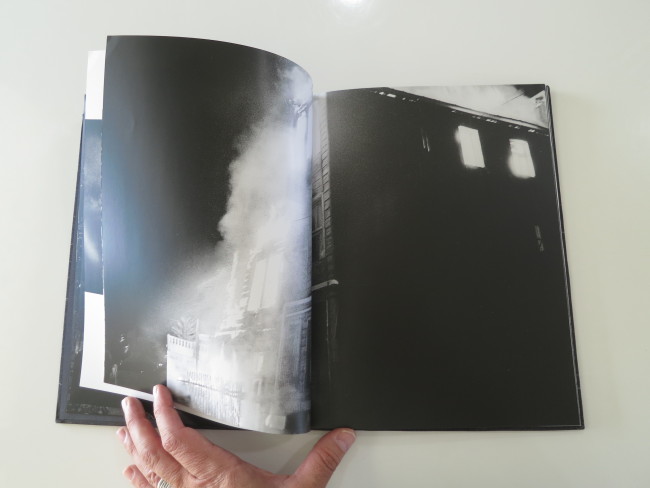 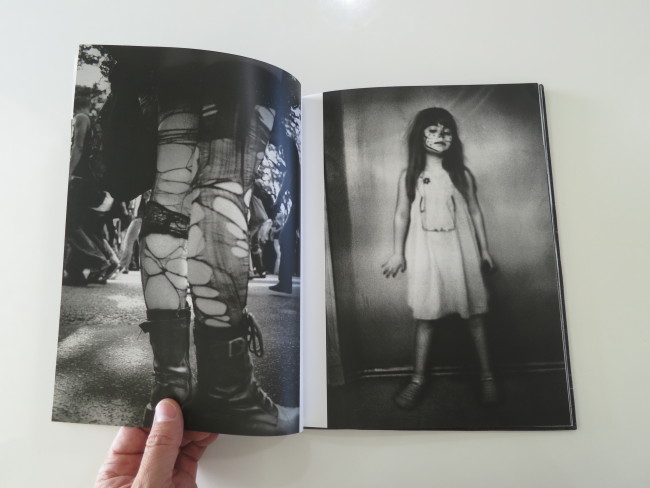 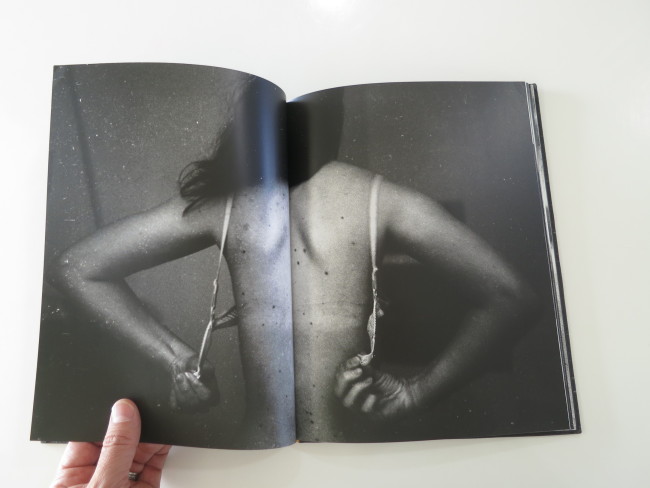 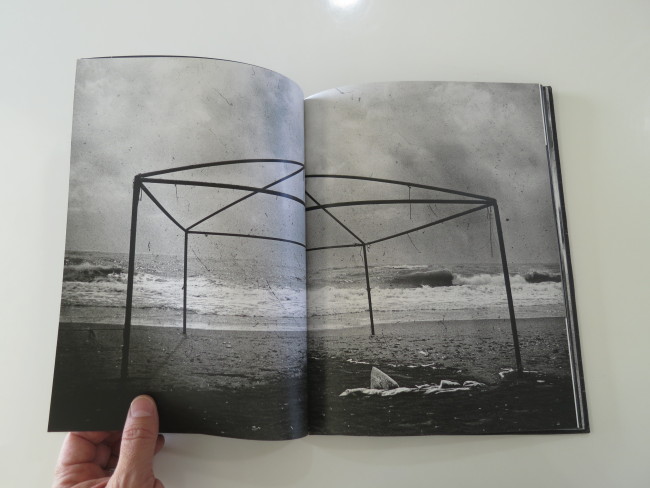 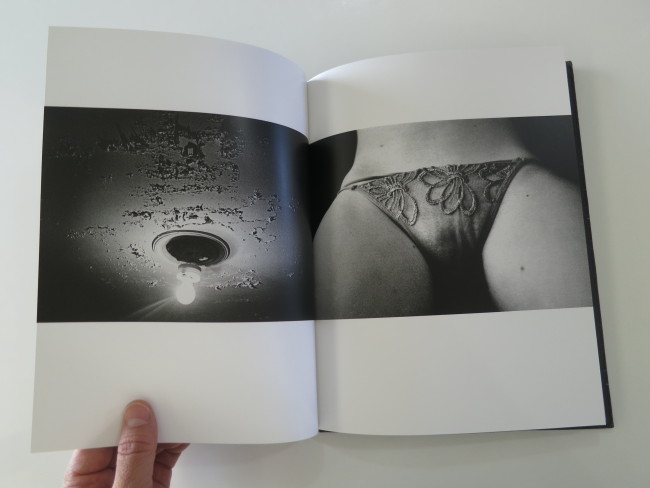 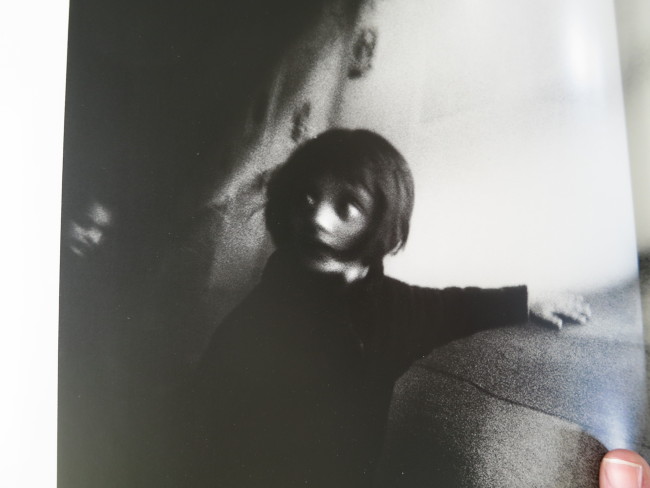 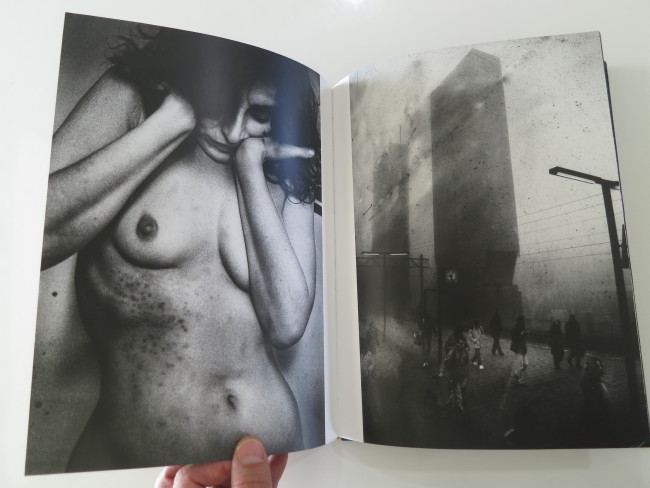 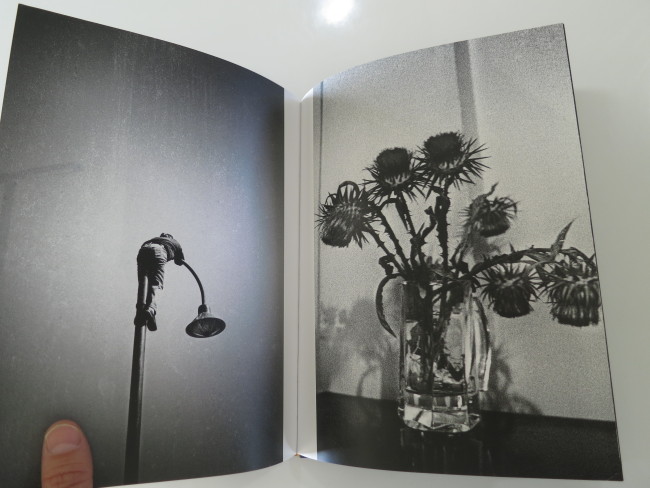 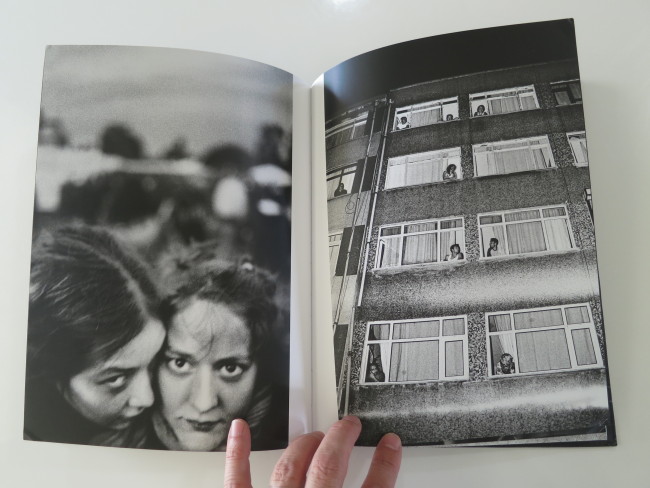 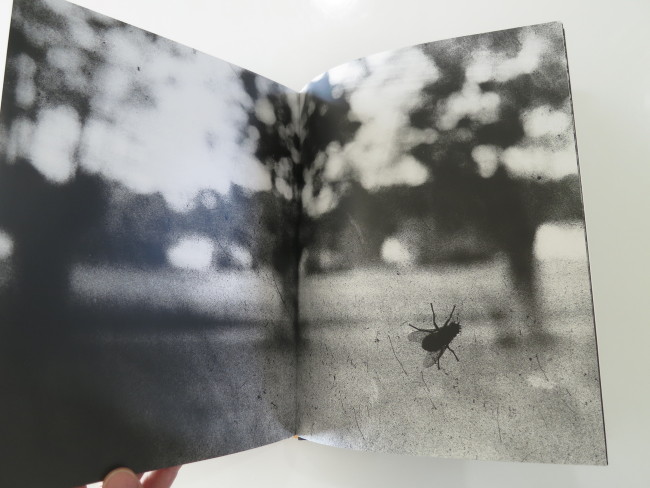 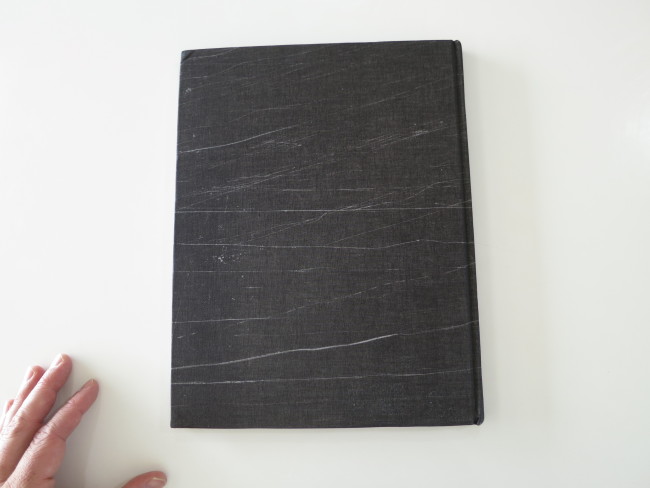