During my various conversations with reps and photographers about Instagram assignments and campaigns exclusively for social media, I picture genial hipsters wandering the globe with their friends and iPhones. Recently however, Jonathan Feldman, owner of Massif Management, regaled me with tales of a major social campaign he wrangled that seemed more like an extreme sport. And as harrowing as it may seem, perhaps it is the shape of many campaigns to come.

It began with the fact that Microsoft happened to have a barely utilized Instagram account, and the Edelman agency pitched them something novel. Instead of talking about “product and software” on their Instagram platform, focus on passionate people in small business and tell their stories. Pitch accepted, the agency started the work of selecting a group of 30 remarkable, but not quite famous people from all over the world that had done exceptional things and had compelling stories behind them. And of course they had to find someone to make all those the portraits, only not with an iPhone. This is Microsoft after all.

Adventure photographer and director Justin Bastien got the call while he was on a granite cliff on the side of Mount Whitney–a professional hazard since he is a world-class rock climber–where he was directing a commercial shoot and scaling the rock with his characteristic nonchalance. This call though actually made him nervous. The job was intense. 30 different portraits in 10 (non-adjacent) countries in about 8 weeks. The whole project would roll out in real-time on Instagram and officially launch the feed.

I spoke with Justin not long ago after he had caught his breath from this epic assignment:

T. Brittain Stone: How did you end up getting the call?

Justin Bastien: It was a friend of mine at an advertising agency who knew a photography rep that had this assignment for an agency that had a client. It was like 5 layers removed. My name came up I guess from several people. The call went something like this, “so, there’s this project I thought you would be a good fit for and you come highly recommended. It involves traveling around the world shooting a variety of subjects from fashion, sports, science, adventure and wild animals… are you alright with shark diving in New Zealand… shooting bears in the jungles of Borneo?”

TBS: When did the project get awarded? How did you guys negotiate it?

JB: It was actually a really long process. Initially there were 5 other photographers, and this was all over the course of about three weeks getting closer to the launch of the project. I’m stressing out. It went on and on and finally got down to three of us….

Jonathan Feldman at Massif Management managed (the process). It was my first time working with him! They had a fixed number, and we had to come up with a scenario. So we had to adjust licensing based on shoot days and travel days based on that number. And they were asking me for more portfolio work and asking me how I would approach specific problems and how I would approach specific photos and about workflow. So there was a lot of back and forth in the selection process. Neither the client (a marketing exec at Microsoft) nor the agency had actually done something like this before.

The campaign was called the Do More campaign (#DoMore), and it was really focused specifically towards launching their Instagram feed… but they also wanted to feed it out to their other social media.

TBS: Did they consider your social media prowess or number of IG followers?

TBS: How did they find the subjects?

TBS: And the connection to Microsoft?

JB: It was like “You use technology, and you probably use Microsoft’s and there’s a Microsoft component to your life. It was a shift away from product focus and was more about people and what they do.

I have to say, every person was really impressive. Their passion, their intellect, their history, their story. Sometimes I’d ask, “how could this person be compelling?” and you’d meet them and you’re blown away by their journey and their passion for toothbrushes or aortic valve replacements or fashion or sharks.

TBS: Give me some numbers and an idea of what the production and the crew was like.

JB: We did 29 unique shoots in 10 countries and flew over 40,000 miles. And each picture went to over 12 million viewers on all of their social media platforms.

If we missed one connection during all of the 40,000 miles we flew, we were going to miss one of our subjects. Only one person cancelled. We only lost one bag!

I worked with these two really great Edelman folks, Kate Shay (Creative Director) and Christopher Swanson (Art Director), and it was their idea. They conceived the whole thing, pitched it to the client and won the whole deal. They were so awesome to work with. I almost felt like we were in art school again, like we were in finals for 3 months. And we had this crazy deadline, and we had no resources.

TBS: You had no assistant. Was that a budget choice?

JB: I have no idea to be honest. It was hard for me to even fathom… some hoe along the way… I mean, I pushed for it and pushed for it. Could you imagine, right? The AD, CD and producer would help me carry bags in, and once I started lighting, everyone helped out as much as they could, but I would say, “Hey, could you feather that light and throw a 5 degree spot grid on that thing?”, and they’re like “huh?” I’ll tell you I became real fast at lots of stuff.

The visual challenge was pretty immense in some of these locations. You’re showing up with duct tape and wire and you have maybe 2-3 hours to capture a minimum of 4-8 setups. We didn’t have locations or hair & makeup or anything. You make the most of it. Chris and Kate were really great at collaborating with me on coming up with visual solutions.

TBS: So one basic question that every photographer will ask is did you have to think “square” for all of the shoots?

Oh gosh yeah, absolutely. It kind of was a drag because I prefer to use prime lenses and use longer focal lengths when I can, and a lot of times, I had to use a zoom lens and had to go in a lot wider, like at 24 or 35 which isn’t great for portraiture. We were in tight spaces a lot of the time and it was really tough to accommodate the square format and do environmental portraits.

TBS: That is a challenge, and then you’d have to consider the other formats?

JB: I was focusing primarily on Instagram, those were our “hero” images. And then we had to have secondary and tertiary images that would go out to Twitter (at 2:1 aspect ration) and Facebook (at 12:6.3), and the blog could be in any format.

TBS: To think in all those different formats while shooting, maybe you just don’t think?

So the turnaround on these things was so crazy. We would drive for 4 to 5 hours, do a shoot, drive for another 3 hours, edit till like 4 a.m. and then have a “meeting” at 6 a.m. with the agency (back in the U.S.) go through proofs, and I’d get request later that day. I’d have to process and “color” all the images and get them back before my next shoot at 2 p.m.

I’d be in the back of the car, connected to my phone, sending images and working them in Photoshop and Lightroom then export it again with GPS coordinates and metadata. This campaign was happening in nearly real-time.

TBS: How did the final selection process happen while you were on the road? Were you pleased with what hey chose?

JB: When you’re shooting for a medium like Instagram, you’re competing with all these other wonderful images out there and all this other information. Plus the pictures need to be really strong visually. And so I was really pushing hard to go with interesting lighting, composition, and so on. But there’s a certain conservative nature to the campaign. We had to make sure that the client and the agency would approve it.

TBS: Did you get numbers on engagement? Was there an ROI, or metrics that you got back on the road?

JB: Well, the IG account went from basically zero to over 100K to date and growing. I would say that is a pretty successful engagement.

TBS: Did you feel like you got a lot of exposure out of it since you were featured as their photographer? Was it all worth it?

Oh yeah.
I think it’s one of those things where in the end when you look back on it, it’s really cool, but while you’re in it, you’re so sleep deprived and tired. And there are there magical moments in between… and then it gets super heavy again and exhausting. Then there’s this great person you meet and you’re all energized, and then you realize you haven’t slept in three days, and there are three deadlines that are past due.
But are you kidding me, I’m jogging on the beach at sunset in Hahei, New Zealand. And diving with sharks today and I’m getting paid? 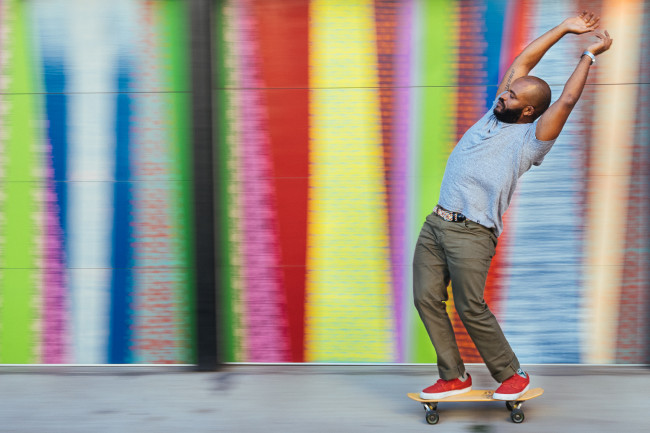 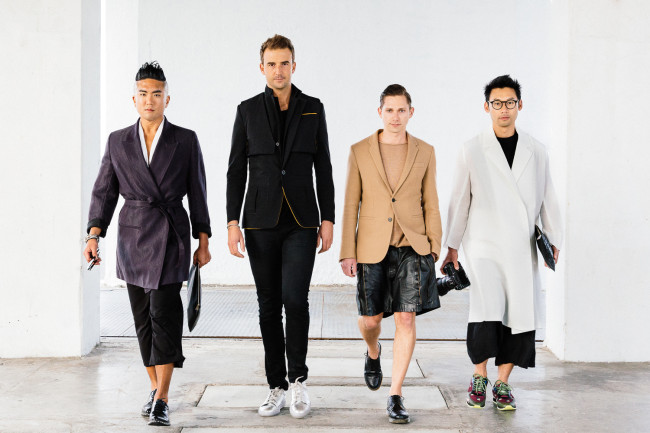 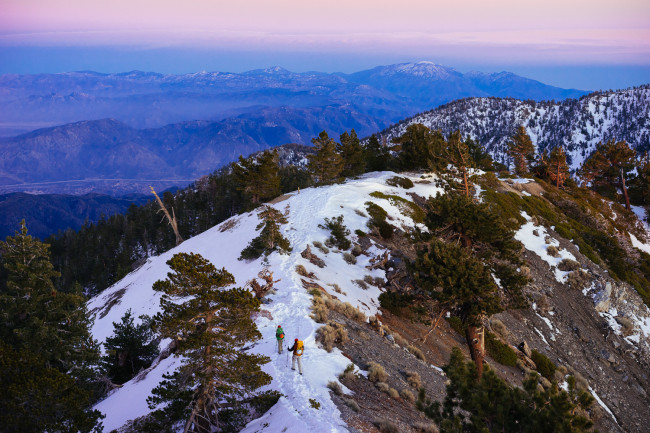 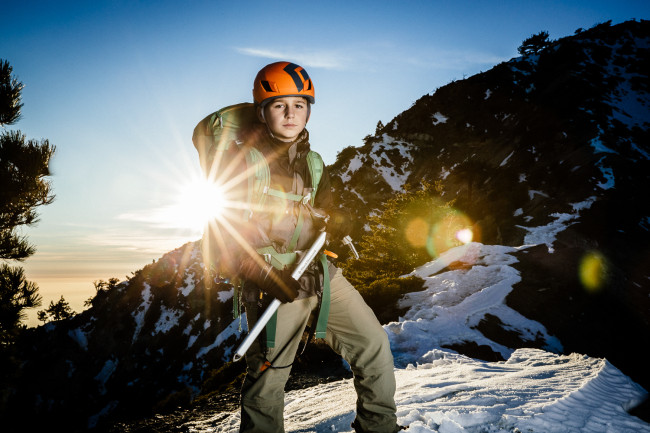 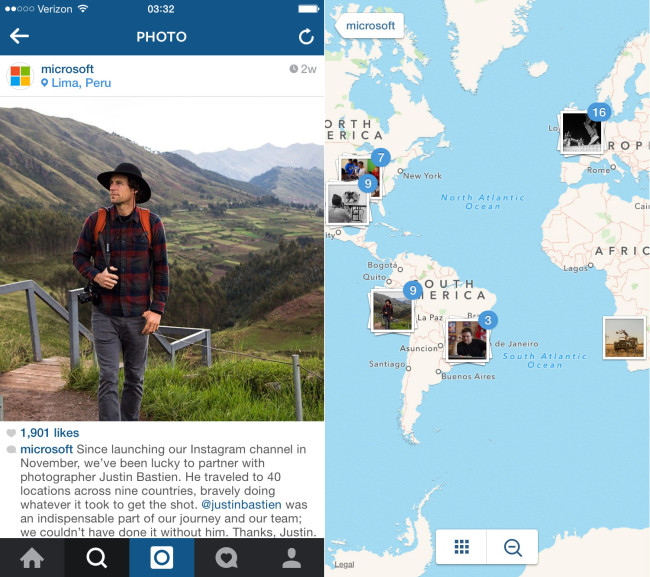 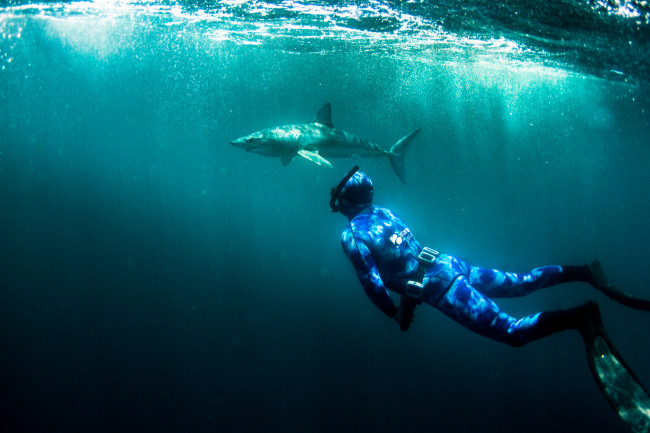 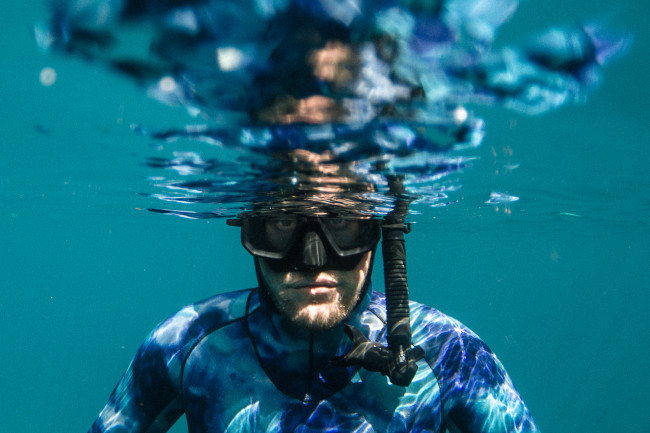 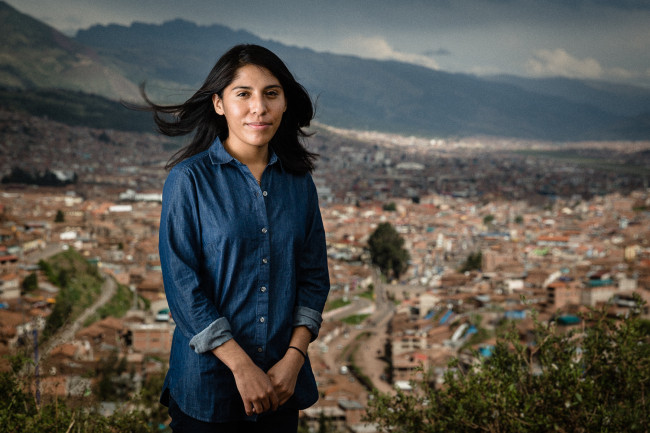 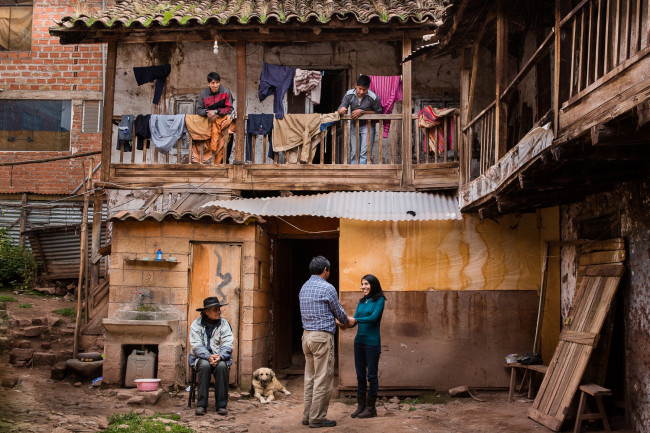 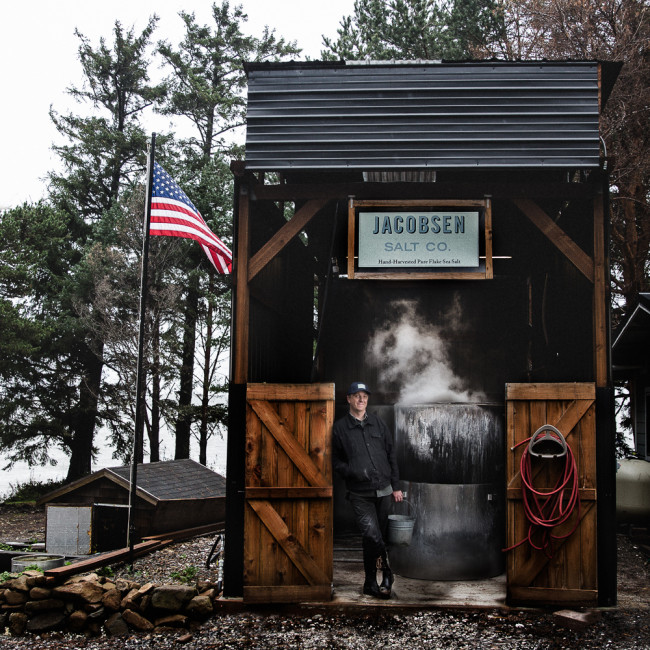