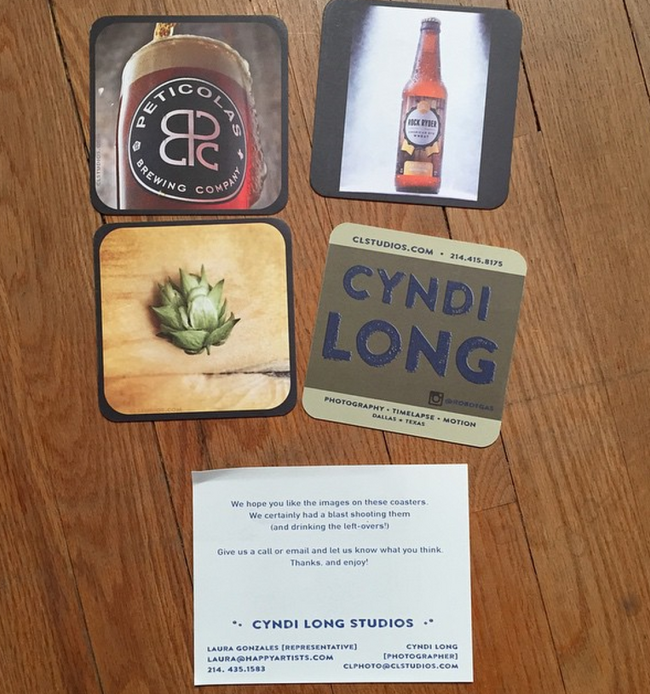 Who printed it?
Grogtag.com printed the coasters. I went with the premium double sided. More expensive, but worth it in this instance.

Who designed it?
I designed it myself. I minored in Design/Art Direction in college, which doesn’t qualify me to handle the job, but I knew exactly what I wanted. I wanted one side with an image and a very “low key” mention of my website, and then the other side to be very clear about what my name is and how to find me.

Who edited the images?
I edited myself. I had a plan to make a set of 4 coasters. I had three images I already wanted to incorporate, so I then shot an additional image (Peticolas)  to round out the feel of the set.

How many did you make?
I started small. Only 100 of each coaster. I wanted to target the local breweries, plus the more established craft breweries across the nation. I’ve had such a great response to them, I will either print more, or make a new set to send out.

How many beers did you drink to make this?
I love love love beer, but I generally won’t crack one open unless my client for the day wants to, or at least the final shot is on set.

For the Peticolas image, I needed to create several “pours” which means I needed to continually empty the glass until I got the hero shot. Of course I didn’t want to move the glass (I had focus/lighting exactly how I wanted it,) so I channeled my previous rookie-drinking-self and drank from a straw.

Anyone that has enjoyed the Peticolas Velvet Hammer understands why I quickly decided it was in everybody’s best interest for me to discard instead of consuming the beer. It is truly smooth like velvet, but will quickly hit you like a hammer if you’re not careful.

How many times a year do you send out promos?
I TRY to send out quarterly, or at least twice a year.

I know you’ve been home brewing since 2012, it this what prompted a beer promo?
I’ve been a huge fan of craft beer for several years. Texas recently opened up the laws making it easier for small breweries to sell their brews. There’s been such an explosion of quality breweries here, I decided it was a great excuse for a promo. Unfortunately, the cost per piece is still out of reach for the smaller guys, but I look forward to working with them once they’re ready to make a bold marketing statement. 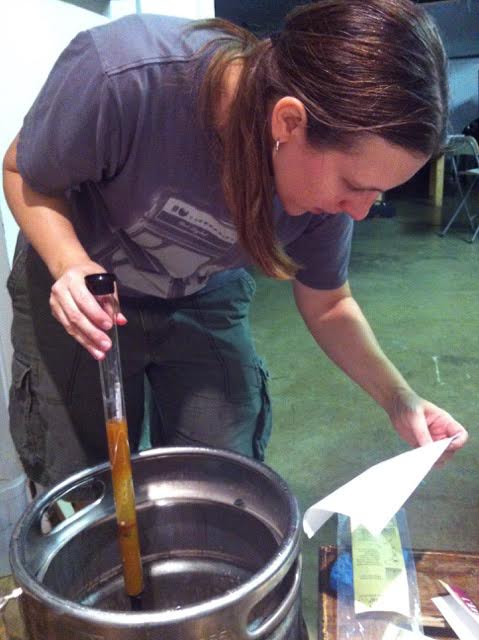 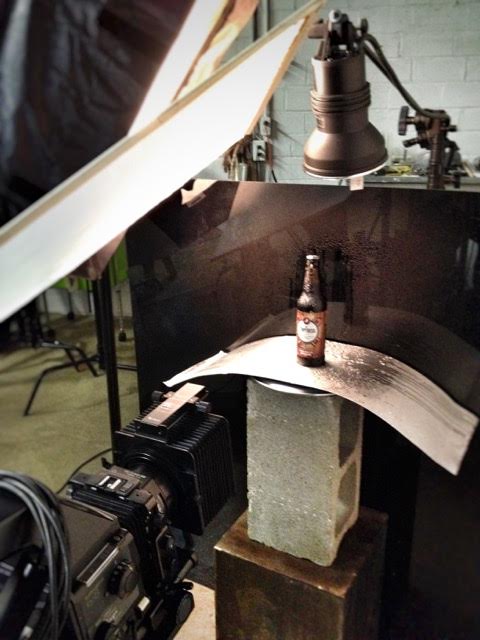 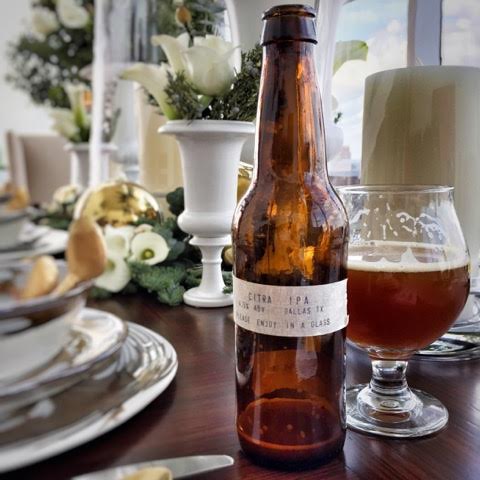 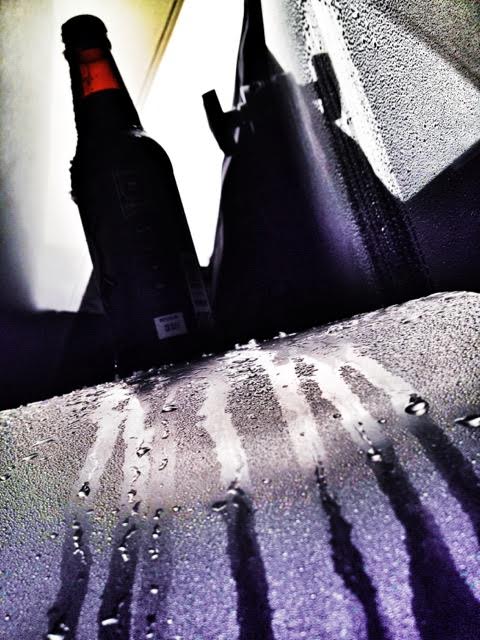