Did you see it? Were you dissatisfied? Personally, I like to imagine Matthew Weiner’s recurring nightmares about “The Sopranos” last episode, and its less-than-stellar reception.

Can’t you see him tossing and turning in a king-sized bed, replete with high-thread-count Egyptian cotton sheets? Unconscious, with the Pacific Ocean shimmering out the window, he wonders how to live with himself if he fucks up the end of “Mad Men” the way David Chase faded to black.

He must have been a neurotic mess in the days/months/years leading up to Don Draper’s denouement. I’m certain of it. Because otherwise, he wouldn’t have over-thought things to the degree he did.

Ending the show with a meditating Jon Hamm’s beatific smile would have been just about perfect. The skeptical, stoic Don Draper, finally merging with the emo-boy Dick Whitman. The straight-laced beefcake, who looked Iconic in his 50’s hat, finally trusting in the Universe enough to go easy on himself.

That would have been a profound message about mankind’s ability to grow and change. (And woman-kind, of course.) But no. Matthew Weiner had to take it one step further, and ambiguously suggest that the momentary enlightenment was put directly in service of inventing that famous Coke commercial that we will all have stuck in our heads forEVER.

A classic bit of over-thinking, especially as he didn’t bother with the epilogue showing Don Draper’s triumphant return to pitch the idea. That would have made more sense, traditionally, than the half-done act of running the ad.

But then, most of us get in our own way, from time to time. We overcomplicate things. Normally, it’s better to keep it simple; to see your job as making the donuts, rather than trying to reinvent the wheel. (What if we made the wheel square? Instead of round? We could build pyramids with this newfangled contraption.)

Today’s book does just that. (Keep it simple, that is.) Mike Slack’s “Shrubs of Death” had me at the title. I might have rushed past last week’s telling book cover, but this one grabbed me by my chakras and didn’t let go.

Shrubs of Death? How great is that?

And then, it delivered on its promise. We see a lot of shrubs. Each picture is cropped just right, to anthropomorphize a bit of shrubbery. (There’s a Monty Python joke in there somewhere. I’m sure of it.)

I giggled for the first few photos, and then started flipping more quickly. It was like a paper version of an animated gif. What would you call that? A flip-book? An analogue cartoon?

No matter. Halfway through, I thought to myself, “This is cute and witty, but honestly, Mike Slack could have shot this whole project in 25 minutes.”

I really thought that. I swear.

I even made puns in my mind about Mike being a Slacker, and making a book out of the experience just because he could. Then, the end notes claim that he did, in fact, shoot the entire group in one day. (The consistent light was a giveaway.) Apparently, he made the pictures at a cemetery in Indiana. (Hence the title.)

Let me be clear here. This is not a great book. And charging $32 for the thing requires some genuine hubris. But at least Mike Slack didn’t over-think anything.

He got a funny idea to shoot shrubs in a cemetery. Maybe he always thought it could be a book. And then he did it. The fact that I had it in my hands proves its existence.

Why am I highlighting it today, if I only like it ironically? Because art is in the making. We all have lots of ideas. But sometimes, it’s best to just get out there and make something. Anything.

The truth is harsh. No matter how smart you are, sometimes, you just need to photograph those shrubs… before you’re the one 6 feet under the ground. 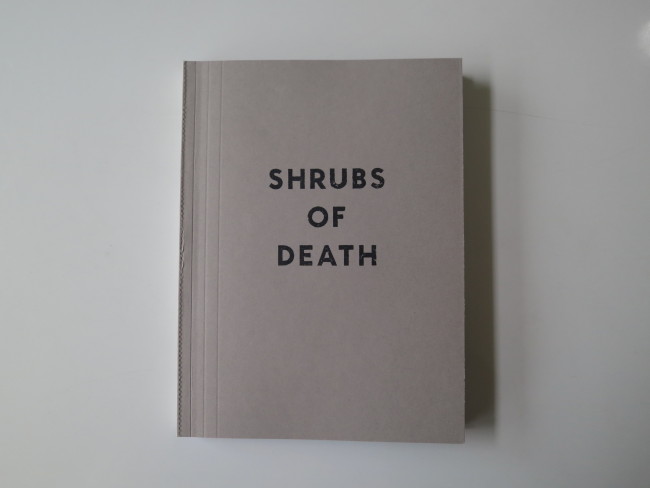 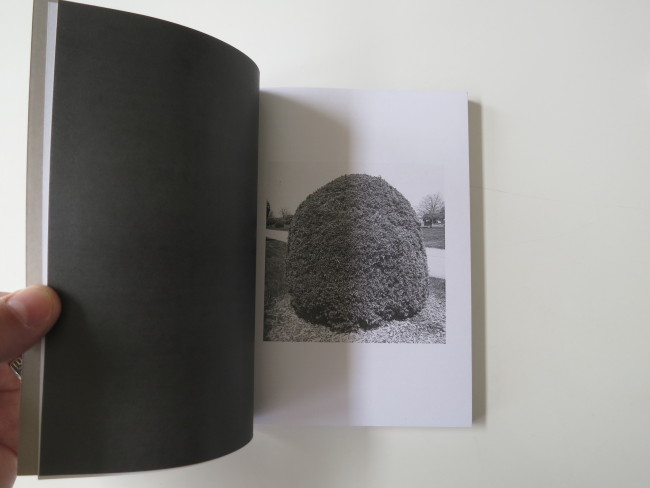 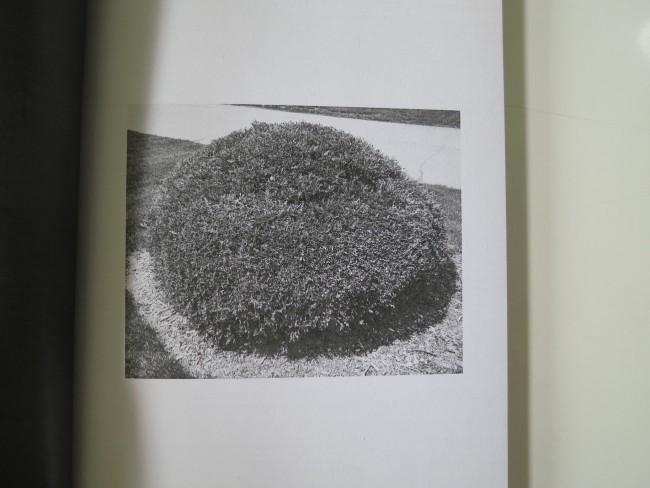 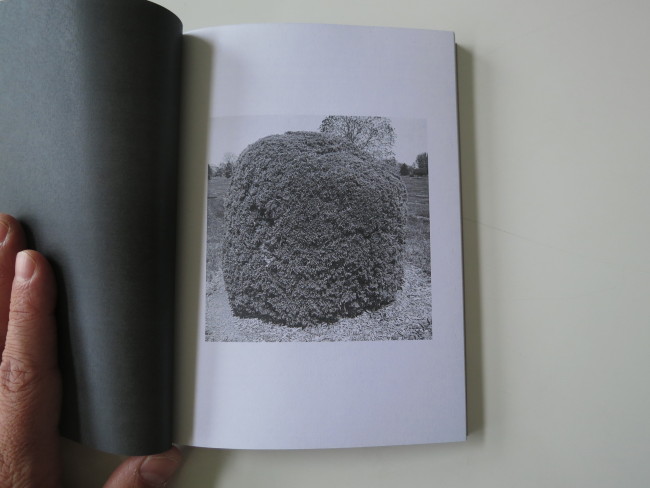 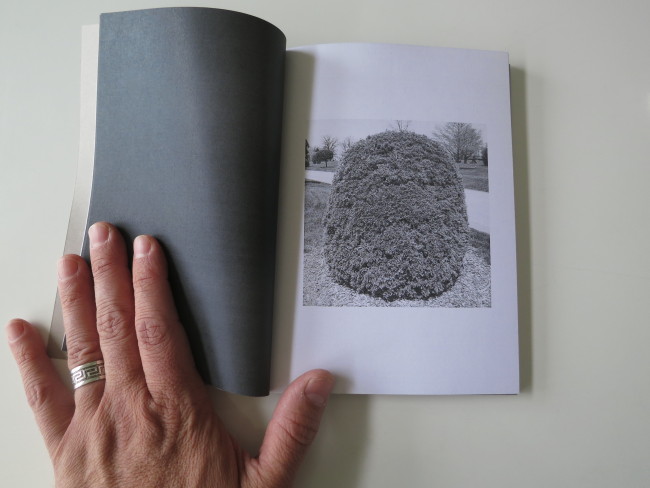 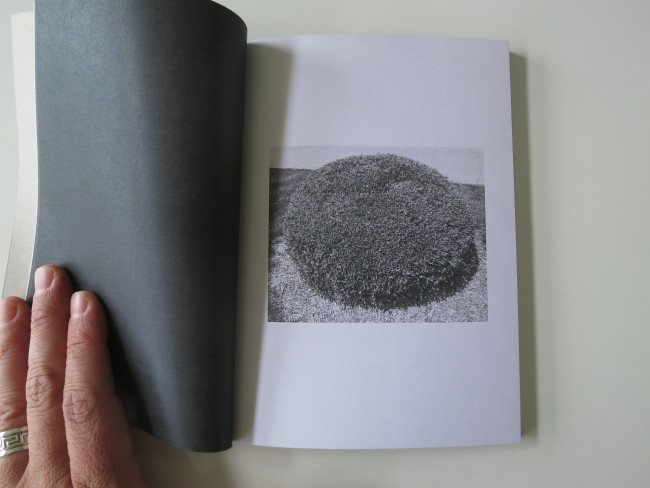 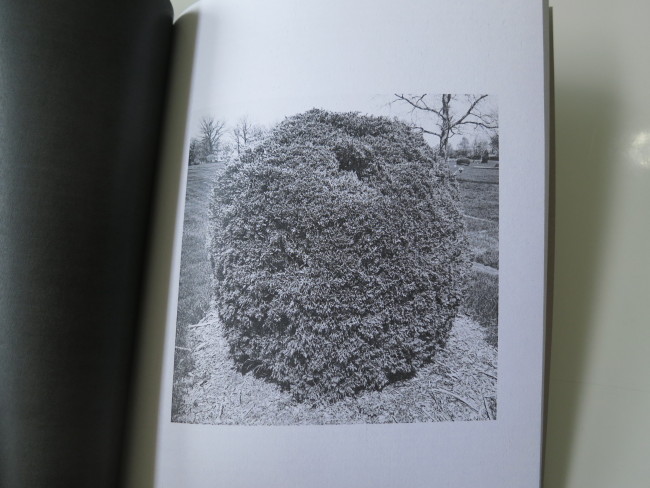 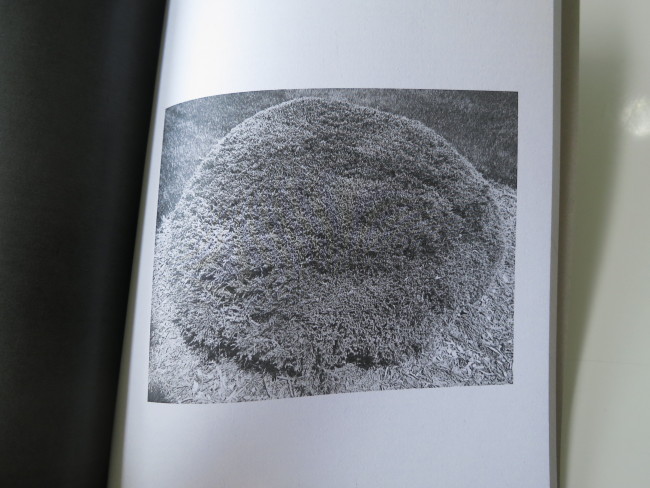 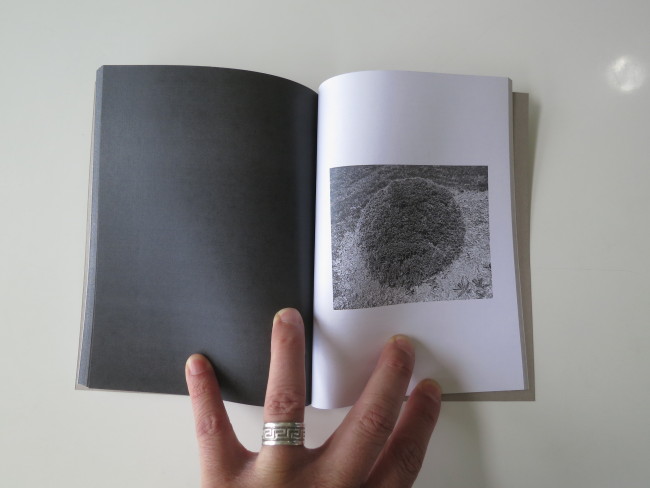 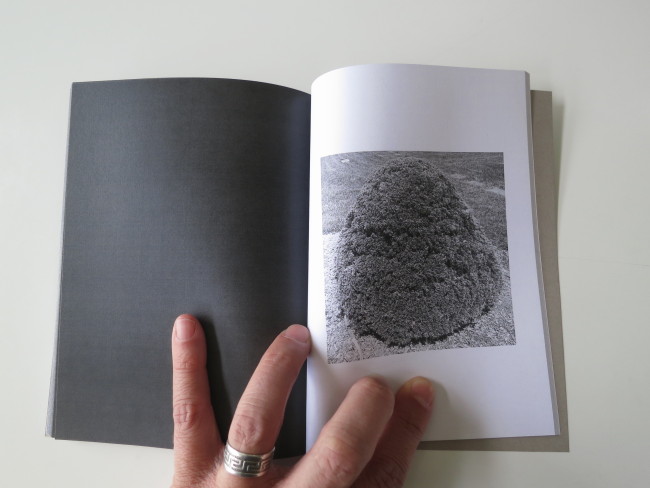 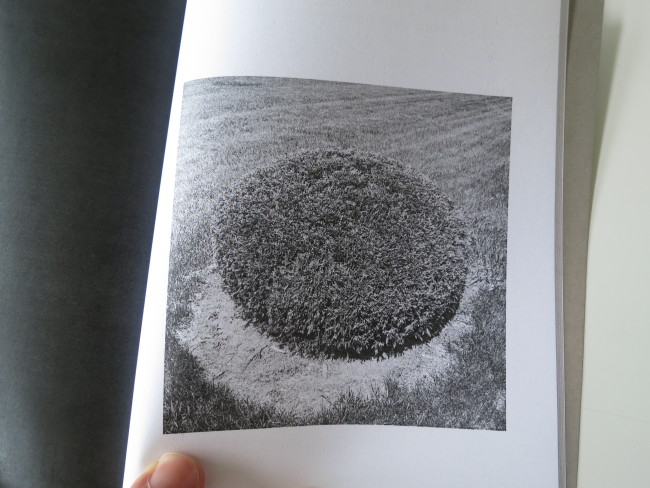 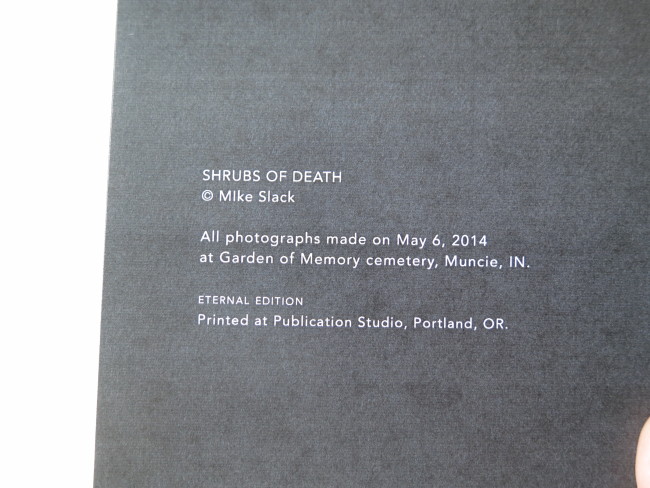 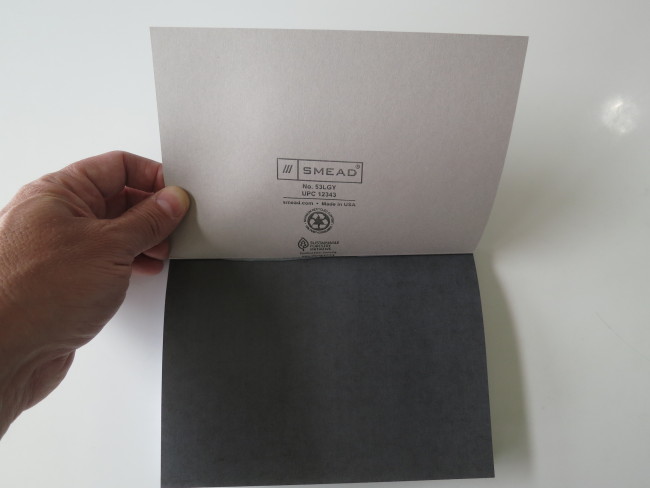 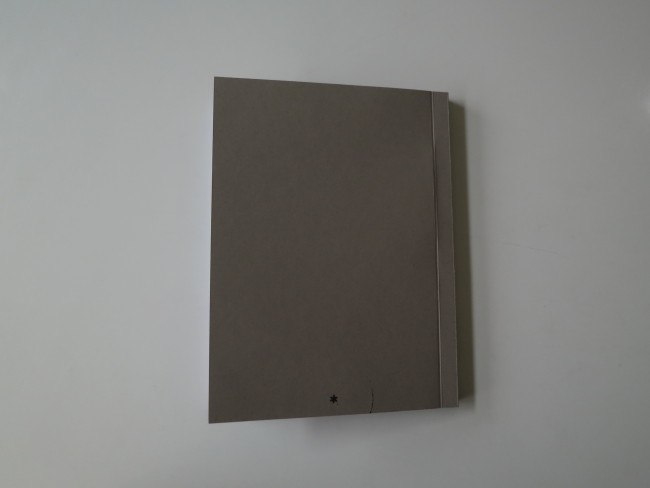 The Art of the Personal Project: Mark Scott