What it is about your style of working that has you with a steady client base?
My overall approach and why my regular clients hire me for specific subjects is that I shoot very fast (good for people who have zero time), I try to maximize that time with multiple / simultaneous set ups and I’m extremely resourceful. Besides creating a fun and collaborative set, I believe I’ve gained a good reputation with both client and talent representatives. Sometimes I’ve had to put my creative motives aside to get job done, but always put my best efforts to fulfill both the job and my own desires on making a great image.

You’re all over the newsstand right now, tell us about some of your projects and how they evolved. 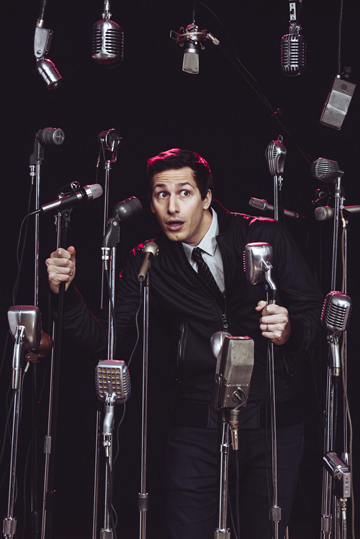 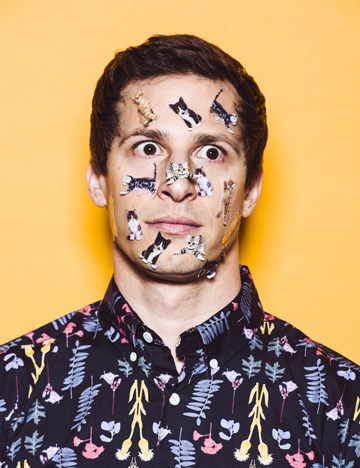 For this issue, I had two assignments in the feature portfolio which included Ice Cube & Andy Samberg. The premise of the portfolio are subjects who are both actors and musicians. With Andy, it was collaborative, we chatted with him about my concepts (we had four set ups ready to go, but we had to narrow it down to two for time).  He was honest on what he didn’t feel would have the best comic effect but was enthusiastic for having fun with my other ideas. He actually mentioned to the editor he wanted to pose with a bunch of mics, but I designed one of the sets to be more random with mics and he had ran with it thankfully. He loved the variety of mics that I had our prop stylist pull. For our second set up, I gave him a choice of different stickers and he went for the kittens, which I secretly hoped he would. 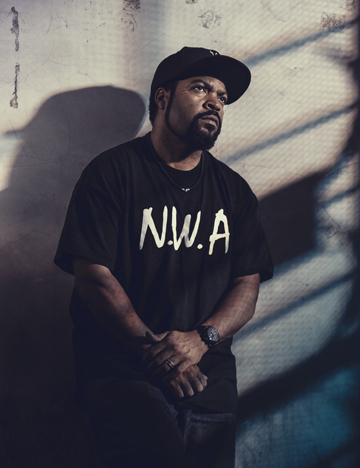 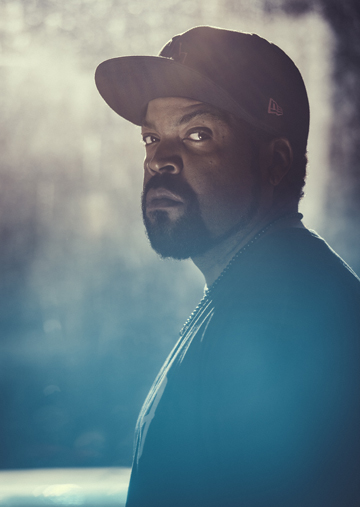 With Ice Cube, I felt there was so much gravity in keeping the balance between his distinct music and acting persona. I’ve have always been a huge fan and so excited about his directorial project about his days in NWA. I had to shoot at a location near his studio and I found a bar near by that had limited options, but could allow me to experiment to make the location take on completely different look. I wound up shooting four set ups in 20 minutes with him, quickly jumping between each set up. In these situations, my in camera or lightening risks usually pay off, which I feel was a great fit for his character. 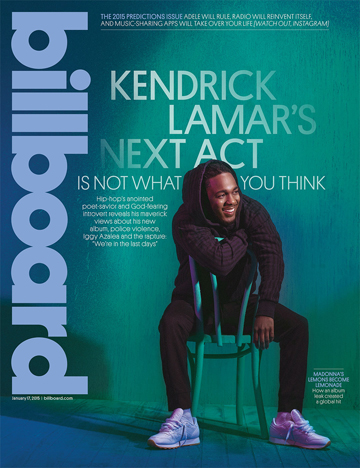 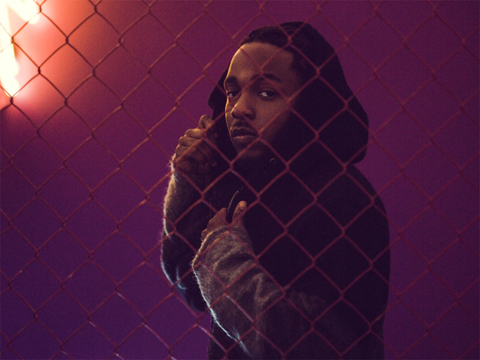 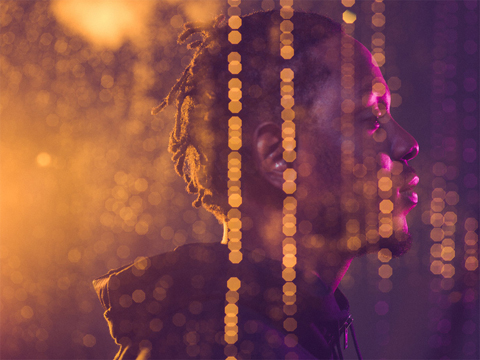 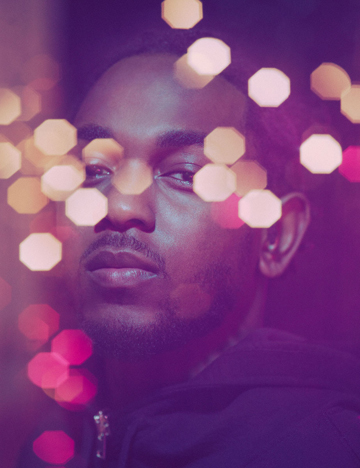 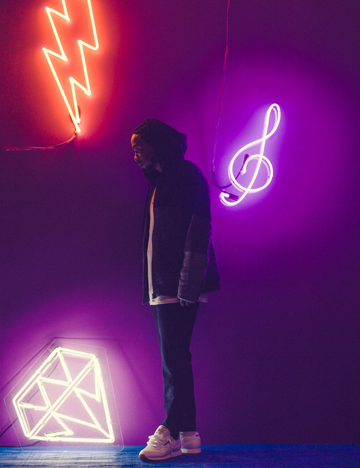 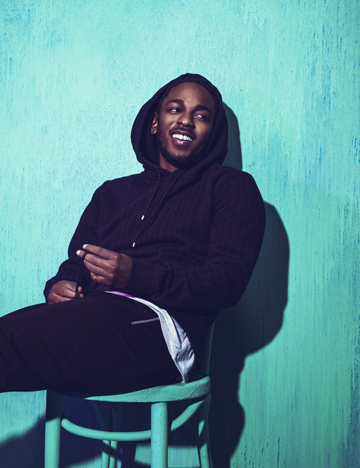 This assignment was a cover and feature with Kendrick Lamar. I had the opportunity to work with him last year and had grown to understand him more as an artist rather then a musician. I’m a fan of all his projects and was able to learn what path he was setting up for his upcoming (now out) album. I also really wanted to experiment with color and light on this one since most images I had seen of him where very dark or moody (which is a great fit for him but I wanted to see him in color)  We had a small budget to work with to build a partial set that I could get a few different looks with; I also brought some elements to play with in-camera effects. He was super excited to see the images as worked through the day which is always is so flattering when the subject appreciates your interpretation of themselves. 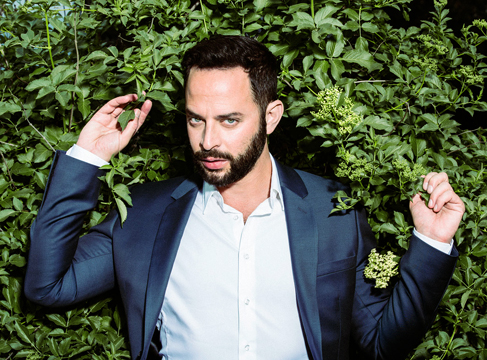 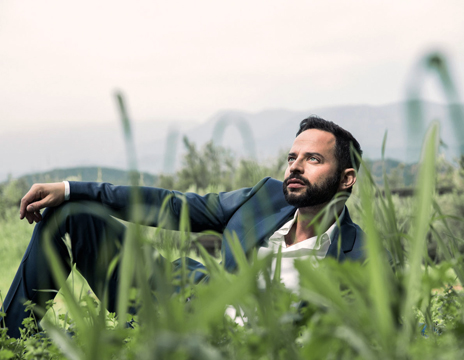 I’ve had some fun assignments with BuzzFeed, but this one was a little unusual with Nick Kroll. The story was about his current projects but apparently the entire interview was done over a long day of hiking. Due to his love of the outdoors we thought it would be fun to get him dressed up and shoot him on location as if we were on a hike. He was filming in Ojai so we found a location via AirBnB that was on a beautiful plot of land and had an RV for us to base camp. We had about 40 minutes to squeeze in about five different set ups I planned for us to tackle which I think we wound up doing six to seven different set ups with one look. I got him up in a tree, rolling around in the grass and getting close with nature without him breaking out of character. 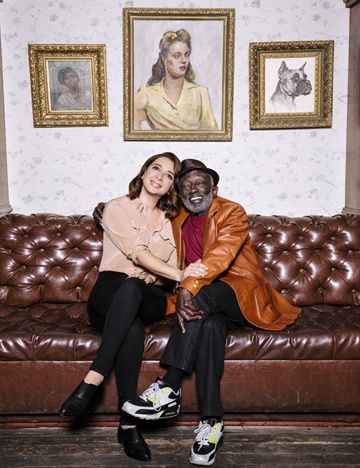 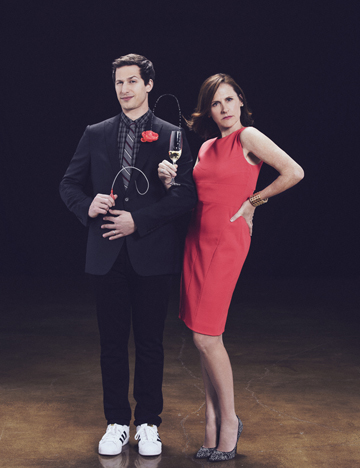 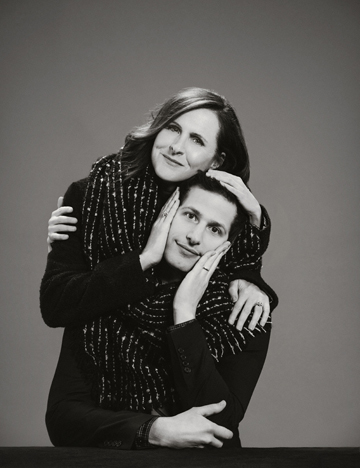 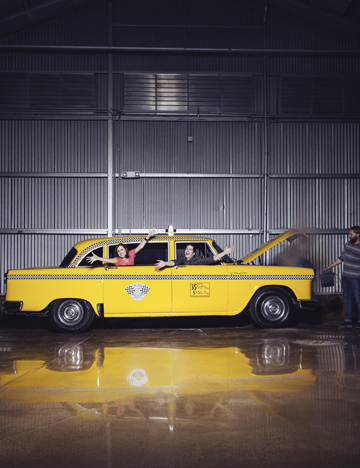 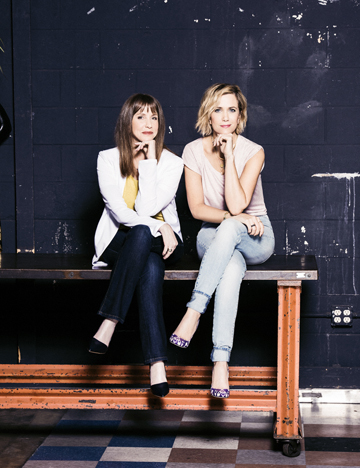 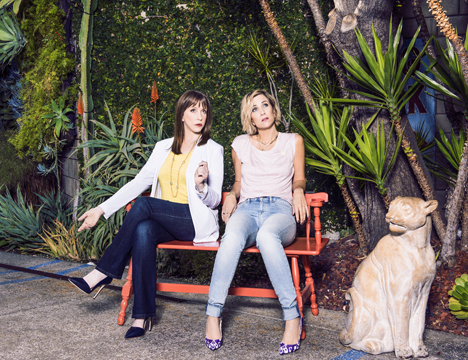 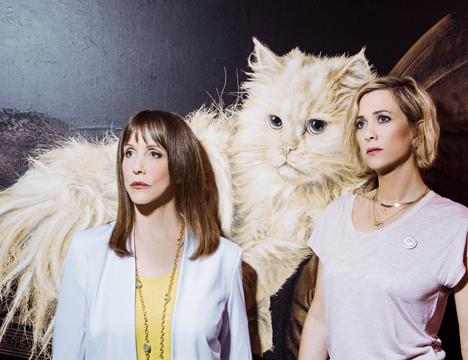 It was such an honor to be working with such amazing talent on this one; we got to shoot pairs of SNL alumnus from different eras including Maya Rudolf with Garrett Morris, Molly Shannon with Andy Samberg and Kristen Wiig with Larane Newman. Each shoot was done at different locations or in studio. Andy and Molly had worked with each other in the past, so they immediately had a good time on set. We did three set ups with two changes within 30 minutes. One set up required some special effects including squirting flower and a vintage taxi cab smoking up. Luckily they had amazing team work and we got all the shots we hoped to get. Kristen Wiig and Larane Newman met on set for the first time and it was magic to see these amazing performers bounce off each other. I had five set ups ready to go but was limited on time so we had to sacrifice the last one. Maya Rudolf and Garrett Morris had the most amazing chemistry, it was actually kind of a challenge to interrupt their amazing conversations since everyone on set was so engulfed in their stories and rapport. With them, I loved these in-between shots that captured the essences of how much fun they where having on set. 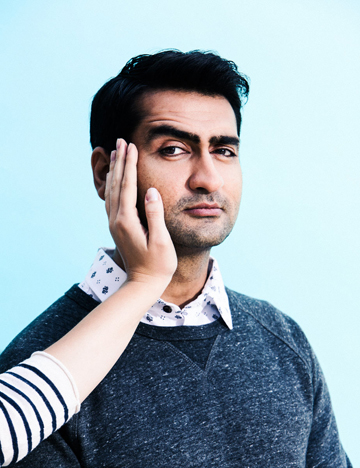 I actually shot him for his PR and it wound up getting picked up by Playboy the same week. I just got to shoot him again a few weeks ago for Bust Magazine. He has an amazingly animated face and we had such a great conversation throughout out the whole shoot we had to keep taking breaks to Stop laughing the entire time. 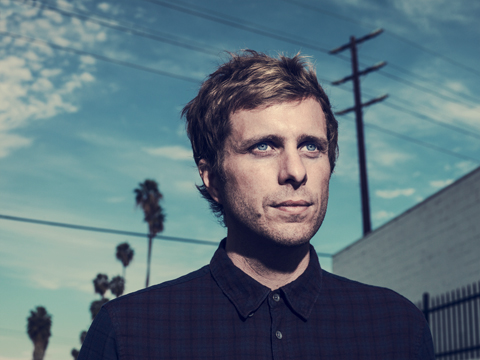 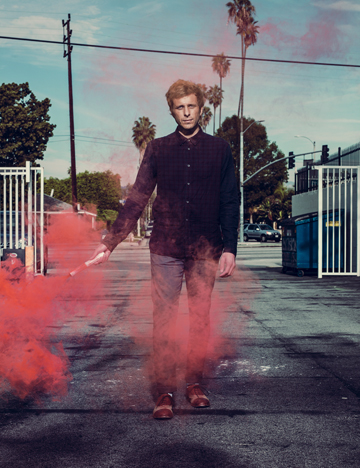 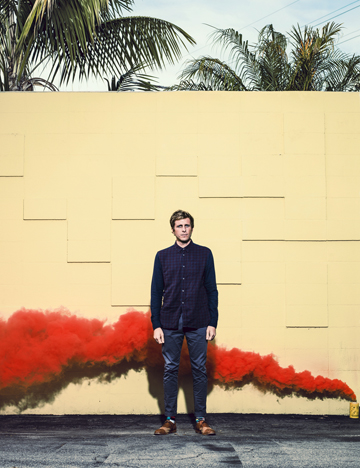 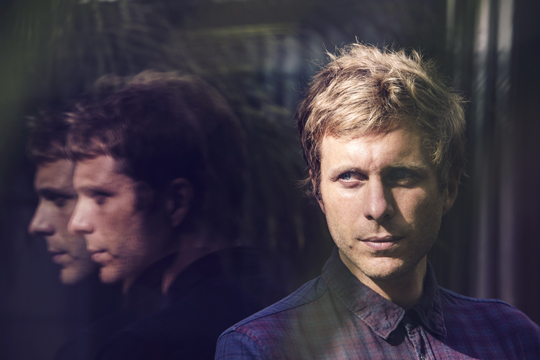 We had worked together on The Red Bulletin shoot with Aaron Bruno, so I know you have this wonderful way of engaging talent with your special effects and the ability to move from set up to set up quickly.  Have there been situations where you’ve prepared set ups and not gotten to them?
Time always a major factor in most of the celebrity shoots and I always feel I need to have as many set ups as possible (within budget or logistical reason) so I’m prepared for surprises, good or bad. There might be factors like delays, weather / (natural) light /location, wardrobe issues, talent issues that might change my plans but I know that by giving myself as many options possible, it allows me more flexibility for the whole shoot. Because there are so many X factors to contend with, specially on a less controlled set, I try not to fall in love (so to speak) with any of the set ups Just from the experience that things can change in an instant. There have been numerous times I haven’t been able to get every set up I hoped to get, but I’ve learned (and still learning) how to best manage my time and prepare my set to allow me to seamless transitions between sets.

Is it typical to have so many set ups for you? Do you have a hit list for your style of shooting and then bend that towards the unique assignment?
Depending on the budget and logistics I’ll layout as many options I can squeeze out within the given time frame, while keeping things fun on set. I think I have a specific style but strive to evolve within what is currently inspiring to me. An assignment may allow me to experiment based on the subject, the logistics and what the client would like to achieve. I’ll customize an assignment with the client as the priority and if there is options to do secondary set ups, I’ll take the opportunity to try things outside of the main scope, usually resulting In images both the client and myself are happy with. It’s moments like this on set that keep me inspired and remind myself to constantly aim to elevate my work.