I met Bruce Springsteen a long time ago. When I still lived in New Jersey. Back when he was a GOD.

It must have been 1992, or thereabouts. I was working in a restaurant in Sea Bright. Down the Shore. The joint was built right upon a brackish inlet, across the street from the Atlantic Ocean.

I’d heard that Bruce liked to show up in an open-topped red Jeep, with Patti in the passenger seat, and the kids in the back. So I HAD been warned. But still, I was not prepared for what it felt like, being in his presence.

My tenure there was rather short, as I ran my mouth a lot, and made the mistake of allowing someone to buy me a drink in the bar, after my shift. I was patently underage, and they got rid of me as quickly as they could. Not the last time I would be fired, but it stung.

So I was doubly-lucky to be working the night Bruce showed up. I stood in the front, near the parking lot, next to two cute hostesses. Bruce pulled up in that Jeep, and bow-leg-strutted straight up to me. There’s no solid explanation as to why he came my way, instead of talking to the pretty girls whose job it was to greet him.

But approach me he did. My palms were sweaty, like a large man in a steam room, and I did my best not to stammer.

“Of course, Bruce. We have a table for you. Of course. We’d be happy to help you and your family. We’re so glad you’re here.”

“Oh, and Bruce? I’m going to your concert next week. I hate to ask, and hope you don’t mind, but is there any way you’d play ‘Blinded by the Light?'”

But I couldn’t hold it against him. In fact, that night in the restaurant, I put sugar packets under his table to stabilize it, and filled his children’s ice tea cups when they were two sips below the top of the glass. I was attentive in the extreme.

He didn’t seem to mind. Bruce must have been used to the pure adulation of native Jersey boys. Especially Down the Shore. (That’s the local expression for at the beach, for those of you reading this around the world.)

Sometimes, certain people find themselves sitting on top of a pedestal carved from Carrara Marble. They peer down at the rest of us, uncomfortable at such heights, but seem willing to adjust their balance to keep the seat. (With others, like Michael Jordan, you’ll have to cut out their hearts and chop off their heads before they’ll give up their rightful place atop the perch.)

In the Photobook world, one I’ve managed to cover for you, here, for more than 3.5 years, one name reigns supreme: Martin Parr. I’ve got two interviews that we’ll publish in the coming months, with two genuinely excellent photobook publishers, each of whom agreed that the planet is currently inundated with photobooks. (The streets are flowing with four-color pages, all with photographs embedded in ink.)

That’s the way it is these days. So if you’re Martin Parr, it’s a rather good time to be the King of Photobooks. At least, if you like having lots of subjects. (Long live the King.)

So “Martin Parr Looking at Books” is definitely a niche product, as far as I’m concerned. It’s a new photobook by Roger Eberhard, published by B. Frank Books, that shows us exactly what the title claims: Martin Parr looking at (photo) books.

Clearly, this is not for everybody. Especially as the pictures are not-particularly-compelling. Mr. Eberhard gets around that fact by giving us a colorful front-cover, a mirror-metallic inside cover, and a few big-font pages with quotes establishing Mr. Parr’s preeminence.

Then, it’s photo after photo of nothing but what you’d expect, given what I’ve already told you. But it is funny. Not LOL funny, but chuckle and smile funny. Ridiculous. It’s a goof on all of us, yet a good-enough-goof that I’m writing about it.

Some of you have taken to the comment section recently to ask why I’d review a given book, when there are far-more-worthy offerings to discuss. I’m guessing some of you will share that sentiment this week. Here’s the only rule: if it inspires me to write, I write.

Before the close, we’re provided with some blank-lined-white pages, ostensibly to write up our own “Best Photobook of the Year List,” because Lord knows there aren’t enough of those already. Hilarious!

But then again, the pictures are not even special. Party Foul! The end notes tell us they were submitted, or provided, to the artist. It’s a collaborative effort, apparently, stalking Martin Parr, and taking his picture while he looks at books.

One can imagine a sister-publication where Robert Parker is photographed while sipping Cabernet Sauvignon? Seth Rogen smoking blunts? Or Bruce Springsteen, papparazzoed, while chowing down on greasy burgers Down the Shore?

Then end notes also claim that Mr. Parr appreciated the joke. I hope you do too. There are so, so many weeks when the books I write about explore tragedy, destruction, and sorrow. So today, “Lighten Up Francis,” and have a laugh at our collective-photo-geek selves.

Bottom Line: Zany, odd, niche photo book that skews itself, and us 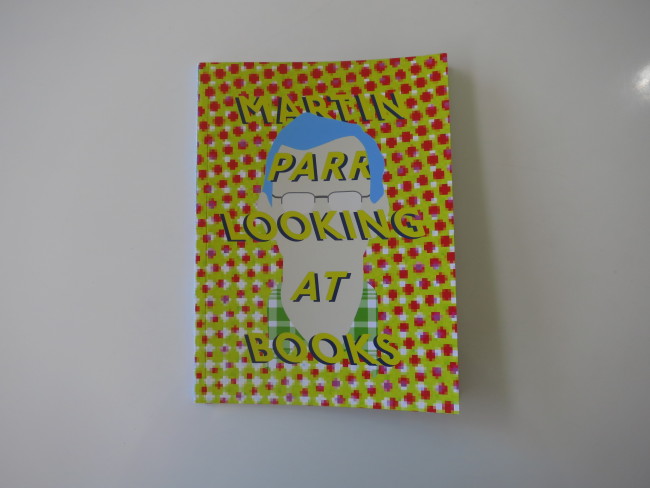 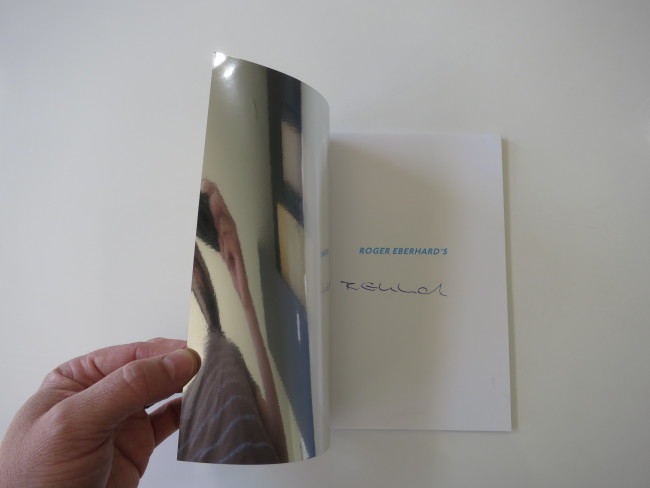 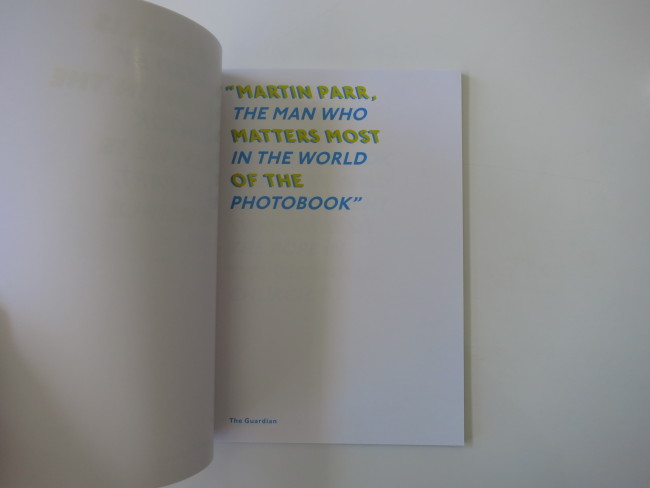 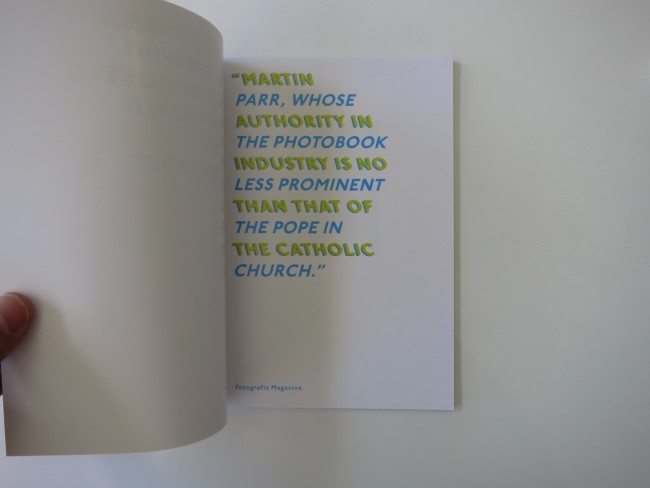 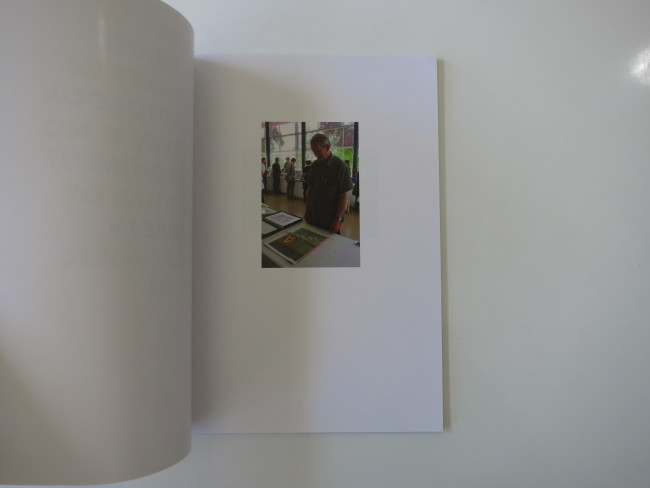 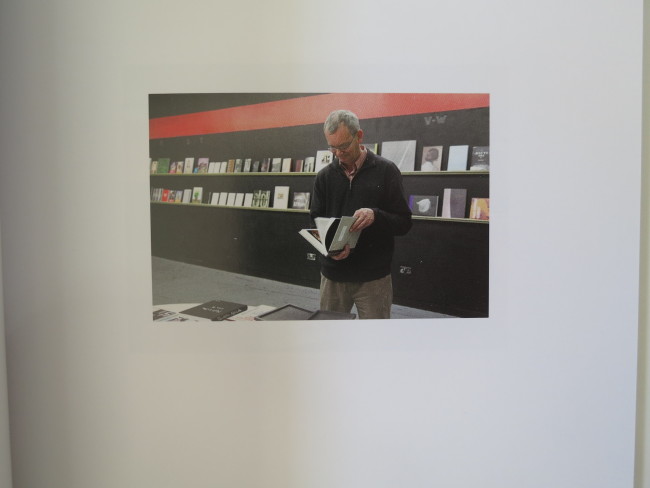 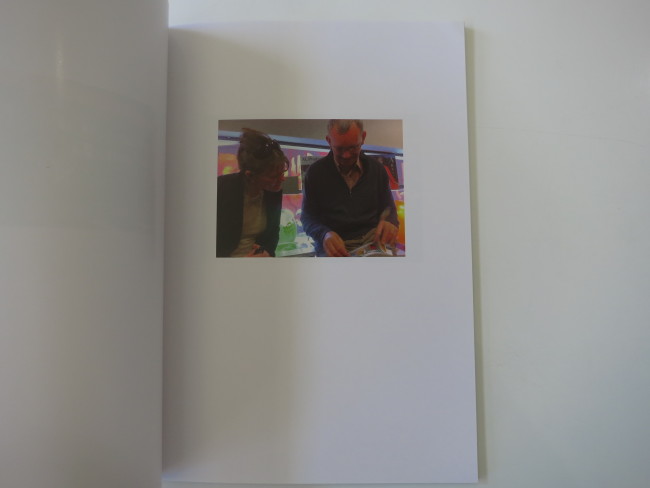 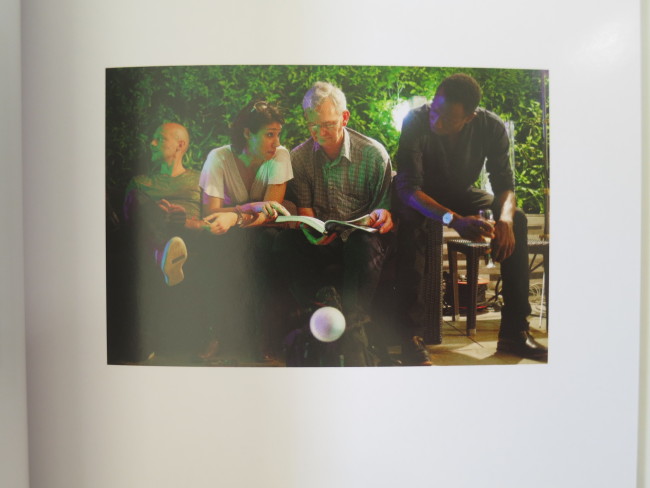 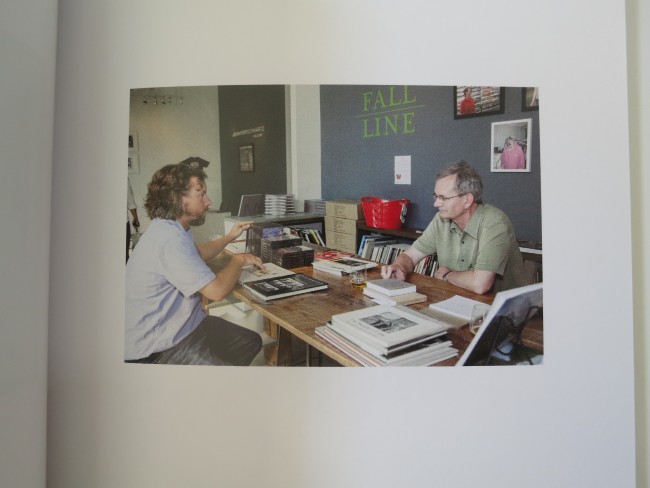 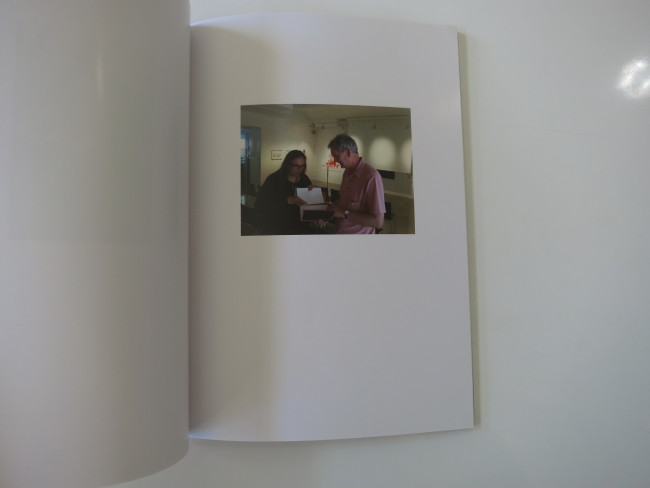 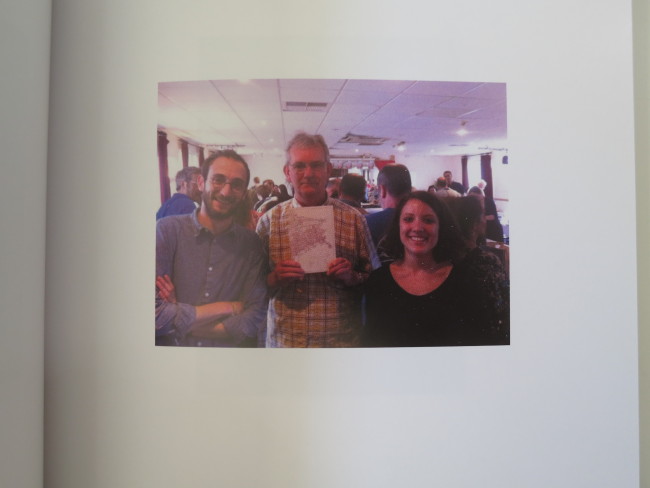 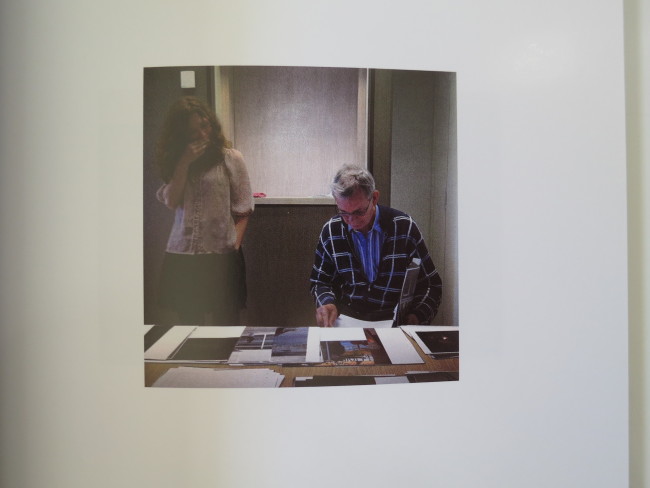 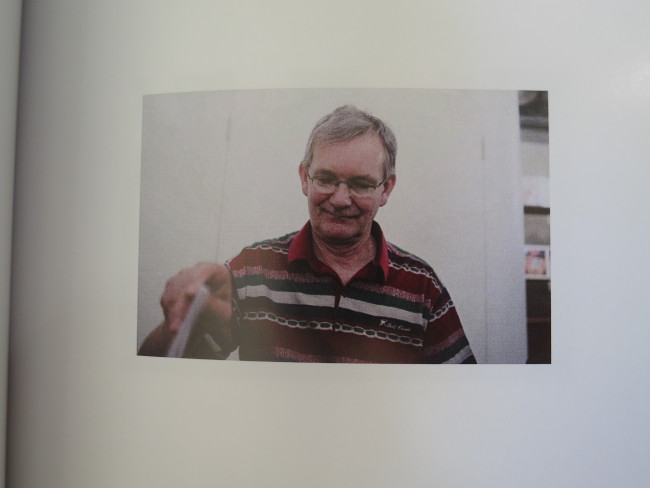 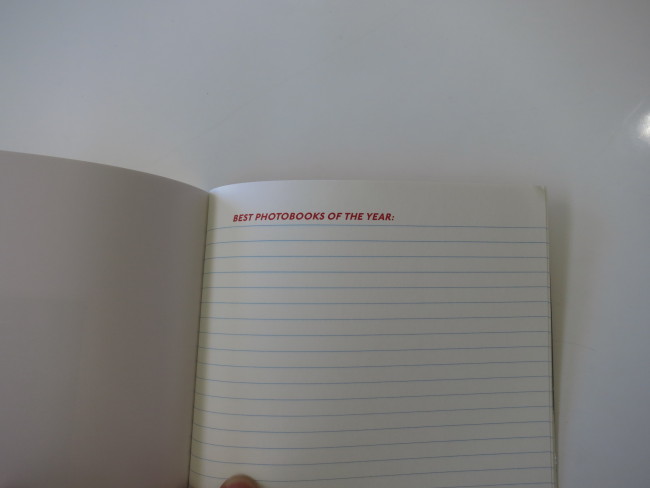 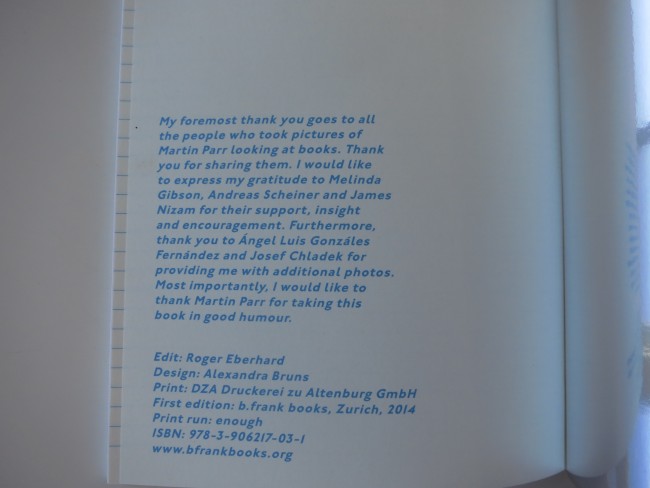 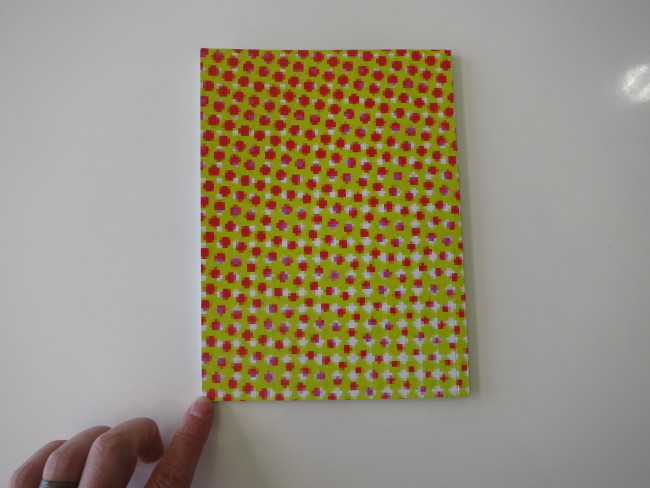 The Art of the Personal Project: Michael Rubenstein 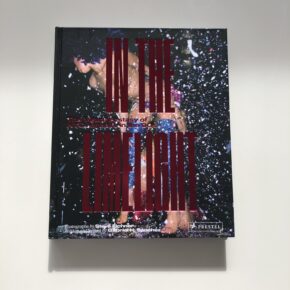 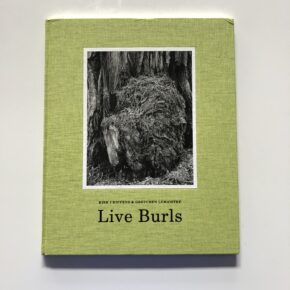