Is It Time To Eliminate Stills From Your Shoot?

Last summer I was having dinner with an Art Director who was fielding emails from a client who wanted to pull stills from the commercial video shoot to drop into the background of the commercial stills shoot he was on. He bemoaned the fact that he would probably have to show them how horrible that would look to convince them it could not be done.

Several weeks ago I was at Shoot LA talking to a ski photographer who was on a ski movie shoot in Alaska where the crews all shot with the Red camera. I asked him if he felt his job was in jeopardy since they could probably pull stills straight from the footage. He said they shot at too low of a shutter speed to pull stills for the action shots but he was surprised at how easy it was to scrub though all the footage and find images you liked. The editing process, that I had surmised might keep photographers busy, was simple and fast.

When photographer Kevin Arnold showed me his blog post about his own testing with the RED camera and pulling stills I asked him if I could reprint it in full here. It’s a topic we should all be watching closely. Here’s Kevin’s full blog post reprinted with permission from (here):

Ever since the advent of HD video, we’ve all been hearing how the need for pure still photography will disappear since we’ll be able to just pull stills from video. I’ve never felt threatened by this line of thinking; I believe that there will always be a place for still photography because it has its own aesthetic. I also like embracing new technology.

This winter, I decided it was time find out for myself how close we are to that reality. I’d read about fashion photographers shooting magazine covers with the RED camera, so I called up the company to see if I could test their latest high-resolution camera, the RED EPIC in the kind of environment where I shoot. They sent me a lightweight $65,000 rig set up for handheld shooting. I was excited to get my hands on this cutting-edge gear, but I also had a commercial interest in this experiment; most of my advertising clients are asking for motion and still assets. Combining the two mediums on the same set has always been cumbersome. If I could capture both simultaneously, it could be a great solution.

Even if this kind of shooting isn’t mainstream yet, a recent convergence of technologies has certainly made the idea more attainable. For starters, the resolution of the cameras continues to increase. The EPIC, for example, can output 5K raw video and 14-megapixel stills. It can also shoot 120 frames-a-second at full resolution – key for achieving the high enough shutter speeds for sharp stills. And because it’s a modular system, it can be set up for fast moving handheld shooting. Being chained to a tripod just isn’t my style.

Of course, the drawback of handheld shooting is shaky footage. There’s a reason why most serious cinematographers use heavy tripods, shoulder mounts, and steadycam rigs. But recent advances in post-processing stabilization software have changed the game. With new plug-ins that allow for correcting shake in post without much loss in quality, a whole realm of possibilities for fast-and-light shooting has opened up.

The timing seemed perfect for my little experiment.

Besides shooting handheld, I also wanted to shoot with a small crew: two assistants and myself.  No focus pullers, grips, or lighting specialists that would be on a typical video shoot. I wanted the production level to match a typical still action or lifestyle shoot.

Power and storage are definitely an issue with shooting with the EPIC and we had to develop systems for both. We would be using RED’s small batteries to keep the camera light. Each battery last 20 minutes and takes 2 hours to recharge. We packed 8 batteries each day, and worked out ways to recharge on the go. We also packed hundreds of GBs of memory cards, and made sure we had the resources to upload and back up files each night.

Since we were shooting in the mountains, we had to consider how to keep the camera intact. I had no intentions of calling up my insurance company to tell them I’d just toasted a camera worth more than my car that didn’t even belong to me. While not weather sealed like my Nikons, the EPIC is built tougher than most video cameras. We got away with using a light rain cover when it was snowing heavily. Admittedly, the camera got a pretty wet a few times, but it kept working without missing a beat.

After testing the system for a couple of days and figuring out the best settings to attain smooth video and sharp stills, we started shooting on Whistler Mountain. I had originally budgeted for five days of shooting, but the weather didn’t agree. As seemingly endless cycle of snowstorms pounded the region that week quickly shrunk to one and a half days.

The advantage of being a fast and light crew was that we were able to adapt quickly and take advantage of the weather window without losing a lot of time or money. In the end, we easily came out with enough footage for what we needed. Working with incredible talent didn’t hurt. Matt Elliott and Austin Ross are great skiers who knew the mountain and were able to nail most shots in one take.

With the footage in the bag, we would now find out how things looked.

The video files were amazing; a no-brainer. This is what the EPIC does best, and it didn’t disappoint. Stunning resolution, accurate color, and smooth slow motion. Watching the clips at full resolution is actually a bit mesmerizing.

When it came to pulling stills, things weren’t quite as perfect.

First the good. What I thought would be the most daunting task – editing through 120 frames per second– turned out to be relatively painless. Scrubbing through the footage using RED’s REDCINE X Pro software is pretty snappy on a decent Mac, and honing in on the right frame is actually easier than scrolling through a pile of still images in Lightroom or Aperture.

Adjusting saturation, color, and exposure was also pretty easy, and can be done at the raw stage, which is key because video files by nature are pretty flat. We still had to do a quite a bit of color-correction and retouching in Photoshop to bring the stills up to speed. A lot more than we normally would on still files from a DSLR.

What I hadn’t anticipated going into this was the advantages this style of shooting would offer in terms of capturing natural expressions and key moments. Obviously, when you’re shooting 120 frames-per-second, it’s almost impossible to miss a moment. But there’s more to it. Shooting video is comparably silent and, without the constant clicking of the shutter reminding them that their every movement was being recorded, the athletes were able to forget I was there. This is huge when you’re striving for authentic, candid images, a hallmark of my work.

Like I said, it wasn’t all rosy. The EPIC’s sensor, while amazing for video, just isn’t on par with top end DSLRs and certainly not even close to medium format digital cameras when it comes to still images.

The bigger challenge – especially when shooting fast moving lifestyle or sports action – is achieving fast shutter speeds. The great majority of the frames we shot were soft due to either camera movement, or subject motion blur. This is the single biggest issue with pulling stills from video. The fact is that video looks best when shot with a shutter angle of 180 degrees, or double the frame rate. Shooting at 120 frames per second, means you’re really limited to about 1/250 of a second– not nearly fast enough to achieve 100 percent sharpness on every frame. In theory, you can crank up the shutter speed on the EPIC to freeze motion, but the video will suffer as a result. Moreover, motion blur is actually what  makes video look smooth and pleasing to watch.

You could crank up the frame rate on the EPIC to 300 fps, which we considered, but to do so, you have to sacrifice even more resolution. Ultimately, until RED or someone else creates a handheld camera that can shoot full resolution on a 35mm-size sensor at 300 frames-per-second, this will be a major limitation to taking the leap.

Were there other issues? Yes, but they are mostly easily overcome. The massive amounts of power and storage, for example, were manageable in this situation, but would become a major obstacle on a more remote shoot. Achieve critical focus is also another major challenge. The EPIC’s autofocus doesn’t hold a candle to modern DLSRs. Manual focus gets easier with practice.

In the end, the dream of simultaneously grabbing stills and video for what I shoot is not quite there. It’s certainly close, and I’m convinced that it won’t be long until the dream is a reality.

In the meantime, this shoot was not a total failure. I created a few great stills that I really like. And on the video front, shooting with the EPIC was an eye opener that will change how I shoot for clients. Using a small crew, we were able to produce cinematic-quality motion in a challenging location on a very small budget. This creates whole new possibilities for my lifestyle and sports clients.

Here are some final stills from the test:

If you don’t go out of business, you’re a hero 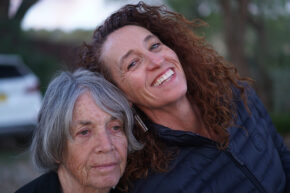