I think most people will agree that if photojournalism is to survive the media revolution the innovations will need to come from the photographers and agencies, because the magazines that used to support them have run out of gas. The only hope really is experimentation and failure. The right business model will involve many different income sources and a myriad of ways to present the stories.

VII photographers agency recently hired former Fortune Magazine photo editor Scott Thode and launched VII Magazine as their platform to experiment and innovate. One innovation that I think has great potential is the photographer interviews they’ve been doing. Infusing the photographers personality into the pieces makes them so much more enjoyable and watchable to me and seems like the opposite of the objectivity and invisibility photojournalists usually strive for. I think VII is different, with the strong personalities of the founding members and their initial foray into advertising the group with canon and their ongoing workshops, these videos are a perfect match. 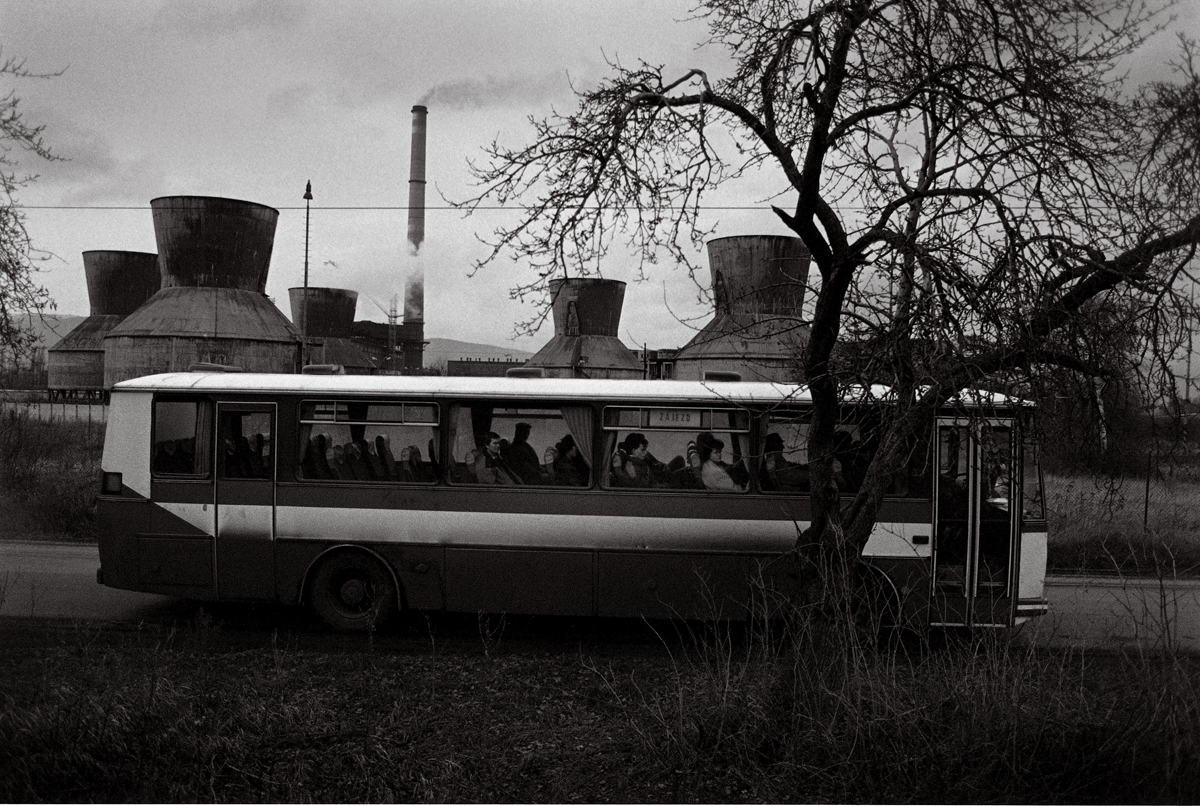 The Consequences of War: Ashley Gilbertson 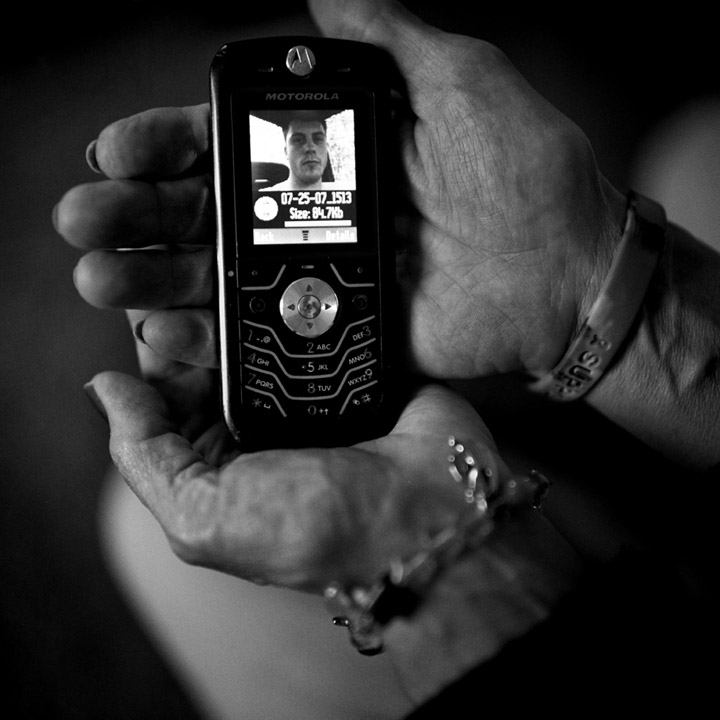 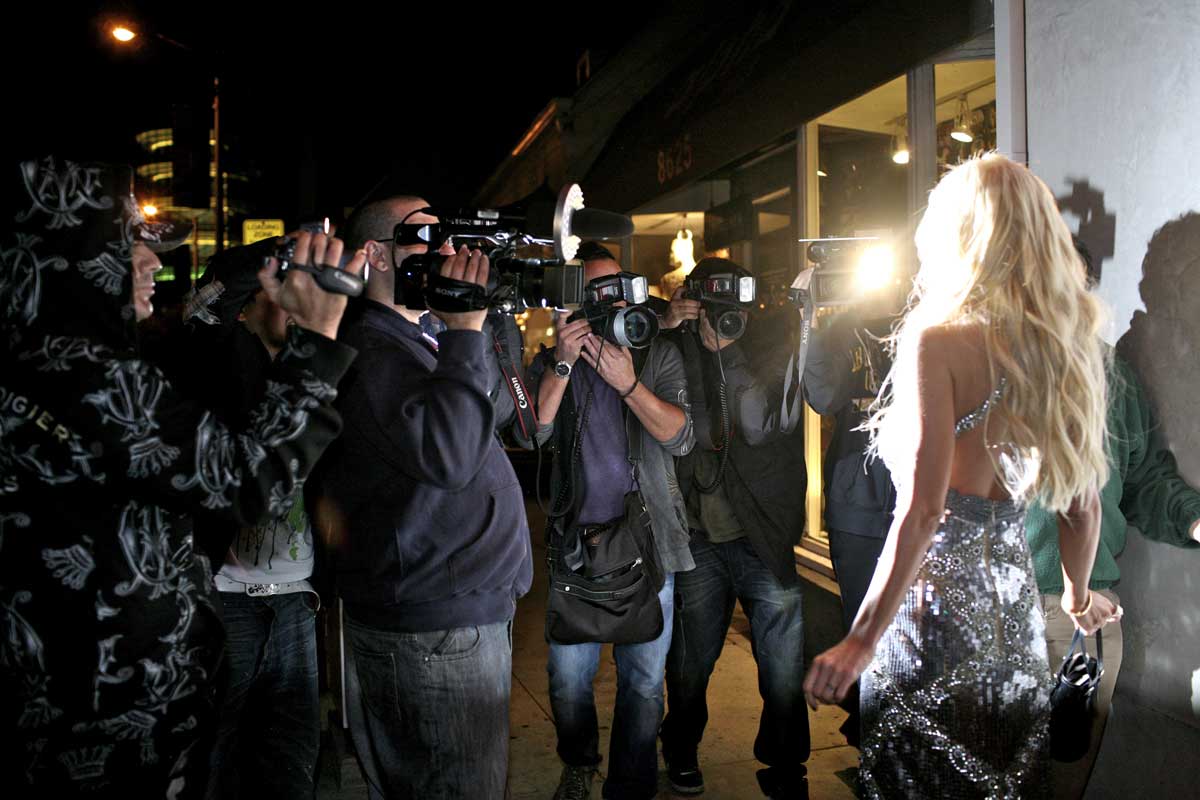 I asked Scott Thode to tell us more about VII Magazine and what they’re up to:

It is hard to describe what it is when in truth, it was and continues to be, a grand experiment. It is an experiment that is very much in a formative stage from an editorial and business standpoint. That might sound strange as it’s been online for two months and any casual viewer can see what’s there, but maybe knowing what’s not there gives a better perspective. There’s no website (it’s online but only as an insert in other people’s sites), there’s only a hint of commercial activity and there is limited content in the various story telling formats we have put together.

I think in some very important ways VII The Magazine is a reaction to what has happened to our industry over the last few years. Photographers have always been seen as “suppliers” (the traditional role of editorial photographers, one or two rungs up the ladder from stationers and utilities but suppliers nonetheless) to the print world. A big question now seems to be who is left to supply and why should we remain dependent on the whims of a dinosaur industry. The question VII asked is why not become publishers and control their own destiny? Obviously the answer to that is VII The Magazine. This is a huge shift in the role of the photographers and the agency that opens up a whole new world with all the possibilities of originating and distributing.

Editorially, the magazine is an editors candy store. There is just a wealth of content to be explored and repurposed in new and interesting ways. When I first came on as Editor in January I felt we needed to be very careful not to overextend what we could do with very little time and no budget. After some discussion we decided to proceed on four storytelling fronts: The Interviews, The Stories, The Videos and The Day. This strategy was important in that we also did not want to compete with newspapers and the newsweeklies. We aren’t a news source. To this end I see us telling stories in a different fashion. I don’t see simple linear tales but hope to break away from a beginning, middle and end format to a nonlinear story telling based on the emotional and visual. I’m really excited about this type of approach because it involves still photos, video, music, text, and audio in various combinations and emphasis.

From the outset, I have always felt that the strength of the magazine and its ultimate success would lie with the personality of the photographers and their personal visions, quirks, and unique way of seeing the world not only visually but editorially as well. They all have something to say and do it in their own way. Initially, my job was finding an interesting way for them to get their visual and auditory voices out there. To this end I came up with the idea of doing “The Interviews”. These are produced videos done in conjunction with Michael Hanna and Protean films where I sit down with the photographer and interview them on a specific subject. We have produced four of these, Ashley Gilbertson, “The Consequences of War”, Jessica Dimmock, “Paparazzi”, Antonin Kratochvil, “Vanishing” and Christopher Morris’s, “Mr. President”.

I have also incorporated the photographer’s voices and video in “The Stories”. These are meant to be less produced and are done by the photographers themselves at home or on the road. They are still asking to hear a point of view about what happened or in the case of Agnes Dherbeys what was happening as the story of the Red Shirt Protests unfolded. This was our first attempt to try to be on the news but with our own unique photographers point of view. I also decided to do wrap up of the story with Agnes that became “UPDATE: Red Shirts” where she summed up in her own words how she felt about what took place. One of my other favorites of this type of story telling is Marcus Bleasdale’s “Fashionista”.

The Videos are the photographer’s own productions that are unedited on my part. It is a new way of working for many of them and I am very excited seeing what they are doing with it. I love Stefano De Luigi’s “Blanco”, the videos Chris Morris has done on Obama, and Ron Haviv’s Haiti. This is all about approaching stories in new ways and finding new forms of reaching our audience.

Finally there is “The Day” which takes an event that happened on a the specific day you are looking at and uses a photograph from the VII archive that speaks to the event but doesn’t necessarily pertain to it. It is definitely one of my favorite things to do as an editor.

The most difficult part for me is making sure there is a balance of stories from something on the lighter side like Jessica’s Dimmock’s Paparazzi and The Kimbangist Symphony Orchestra by Marcus Bleasdale to a story on Afghanistan by Eric Bouvet or Haiti by VII.

So what’s to look forward to? First, I’m happy to say that recently I became the full time editor of VII The Magazine. We will begin designing our new home for the magazine on the web and on the iPad. We will continue to search for new ways to tell stories in as many new and exciting formats as we can think of. We are also going to begin incorporating writing into the magazine. Yes! The written word does have a place in our hearts.

From a business standpoint, VII The Magazine is designed to be a commercial tool. In the modern environment where innovation and implementation often precede monetization, the evidence for this will have to follow (and I’m not giving away the keys to our thought-bank just yet), but suffice it to say that there is a method in the madness. We are greatly encouraged by the responses to date and we have laid the foundation for a dynamic (and funded) editorial product.

For even further insight into the future of VII and the Magazine here’s an interview with Stephen Mayes managing director of VII Photo Agency.

Embrace The Unexpected And The Surprising