Discarted a blog written by “photographers & concerned citizens living in Los Angeles. / With the goal to shoot photographs freely in public spaces wherever, whenever, of whoever. / And a desire to get the word out, educate and engage,” has video posted of an encounter with two LA County Sheriff deputies inside the Hollywood and Western Metro Station. MSNBC is reporting (here) that Shawn, the man who took the video says his constitutional rights were violated and he’s posted phone numbers and emails on the Discarted site to rally complaints against the deputies (here).

I love the idea that a group of photographer rights activists will go out and make sure the police understand the law. These Sheriff Deputies not only fail they try to intimidate the photographer by threatening to make his life miserable if they were to place him on a FBI watch list. They also try to review the images he’s taken but can’t because he’s shooting film.

The Sheriff initially tells the photographer what he is doing is against MTA rules (here).

* Only permissible in public areas, proof of fare required in marked fare required areas (station platforms of all rail stations and the Metro Orange Line)
* No commercial photography without prior authorization and consent from Metro
* Hand held equipment only, no tripods are permitted
* No photography inside moving trains for privacy and safety reasons
* No flash photography, especially into oncoming transit vehicles (rail or bus)
* Photography must not interfere with passenger safety or movement at any time

thx for the tip, wmanthony.com

Googled: The End of the World as We Know It 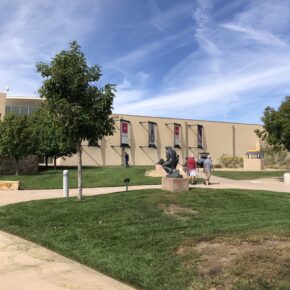