A native of Lubbock, TX, 30 year old Scott Dadich had already experienced an impressive award winning 6 year run designing Texas Monthly when he arrived at Wired Magazine in 2006. Wired quickly won a General Excellence Award from the American Society of Magazine Editors (ASME) and was runner up for Magazine of the Year at the Society of Publication Designers

(SPD) to fellow Texas Monthly alum, Fred Woodward now Design Director of GQ. Scott, at the ripe old age of 32 now, recently took the crown of 800 lb. magazine design gorilla–a title held by Fred for many years–with his 2008 trifecta of awards from the SPD for Magazine of the Year and Redesign of the year and a prestigious Ellie from ASME for design.

Of course magazines with this kind of visibility have a huge influence on the way other magazines behave so I wanted to ask Scott a few questions.

Working at a magazine that reports on the front lines of technology how do you see your role in defining how printed magazines look and behave in the future?

Honestly, I don’t think too much about it. I mean, in the back of my mind, we try to be aware of what has and has not been done in terms of magazine design, photography, printing, production, but it’s not a driving force in the day-to-day nuts and bolts of what we do. We have some ideas of projects and covers that we want to be the first to do, but we’re waiting on the tech to catch up to our ideas. I love magazines for what they are and can do right now. 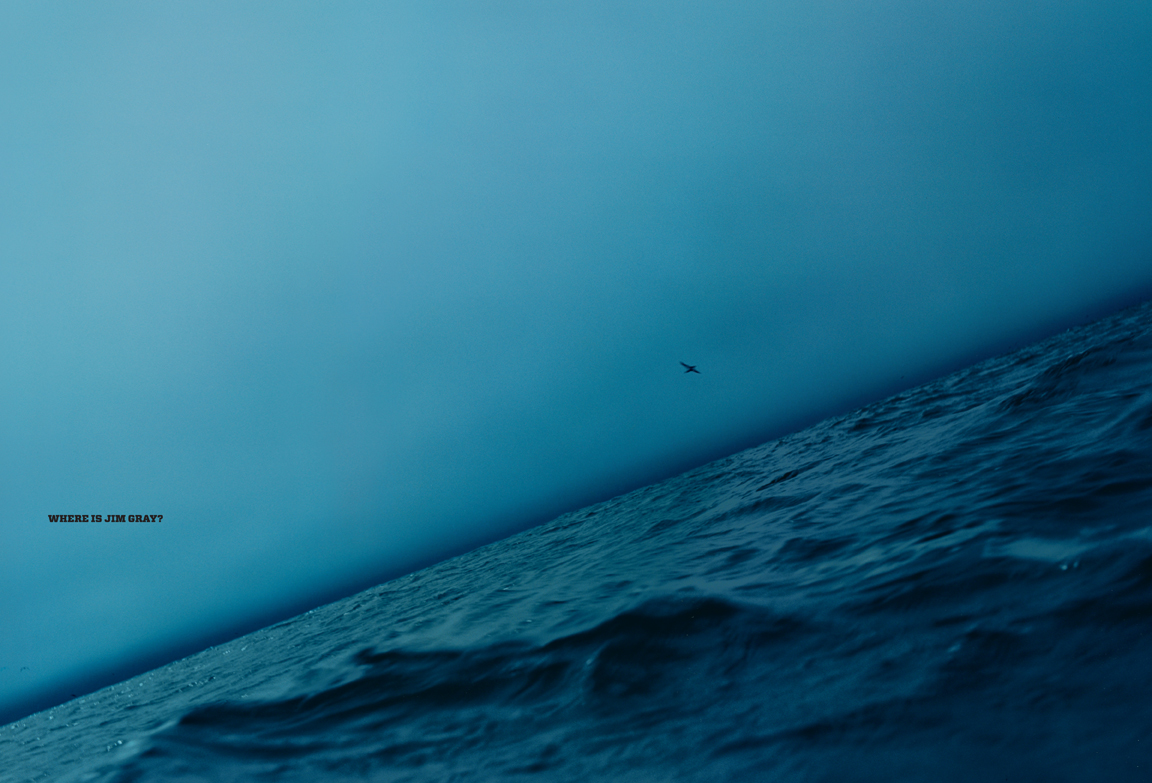 Based on how Wired looks I’d say your editor, Christopher Anderson is fairly hands off when it comes to design and photography. Can you tell me how that works?

Chris is a tremendous editor. As is our executive editor, Bob Cohn. I wouldn’t say that they’re hands off, because they both have strong ideas about design and magazine-making. Our ideas clash from time to time, but I’d say that’s pretty rare. When I started at WIRED, Chris and I had a dinner where we talked about our ambitions for the magazine, 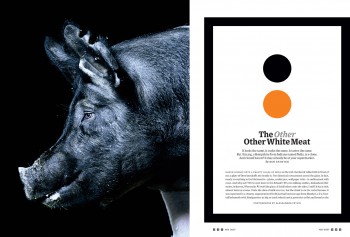 and I’d say they aligned perfectly. Both of us want to play with the conventions of storytelling and the role of design in magazine journalism. WIRED is about innovation. For me, my Photo Editors and designers not to innovate would do a disservice to the brand and our readers. Folks come to WIRED to be challenged and read about progress in the world.

I spend a little time on my blog talking about the dynamic between the creative director and photo editor and how many photographers assume it’s a completely hands-off process when in many cases it’s not. Can you explain how you work with your Photo Editors at Wired and how you think photo and art should work together?

Yes, I work very, very closely with my two photo editors, Zana Woods and Carolyn Rauch. My first real job was working for a photographer at Texas Tech with a really talented guy named Artie Limmer. He taught me how to assist and and how to see and shoot, so when I first went to Texas Monthly as art director and had 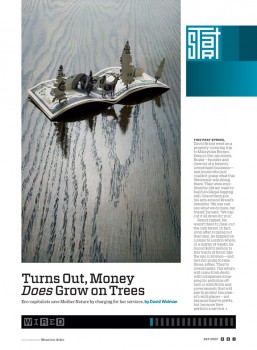 to act as my own photo editor, I felt really well prepared. I spent 6 years there working closely with some spectacular photographers—Dan Winters, Platon, Brent Humphreys—and traveling all over the state, making great pictures with those guys. Coming to WIRED and getting to work with Zana and Carolyn has been wonderful. We’re all good friends and collaborate on a daily basis, talking about stories and shoots. Our offices are an open bullpen style, so one of us is usually at another’s desk pitching someone or arguing about another approach. We all have different styles and tastes, and I think that shows up on our pages.

How would you define the role photography has within your design and at Wired in general? 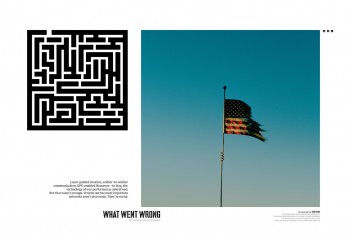 I think it’s a strong voice in the book. I believe in respecting the work and vision of our photographers. I don’t allow our designers to crop or alter any of the photography in our pages, and for the most part, we try and keep type off of images—I don’t allow captions to be reversed out of images at all. And, in as diverse a feature well as we have, there’s always at least one or two stories where photography is the primary visual voice. My tendencies have been toward more graphic photography and it’s been nice to open my taste up to the looser and more organic styles my photo colleagues prefer. It’s a good mix and allows my designers to have a lot of freedom dealing with different visual approaches.

I love it. But, yours is a valid point. I should never receive a promo that my photo editors didn’t get. We work as a team and make decisions as a team.

Redesigning a magazine is always a touchy subject with the publisher, editor and owner but I always find it renews my interest in the publication–this happened to me after you redesigned Wired. How often should publications do a redesign and why is everyone so apprehensive about it? 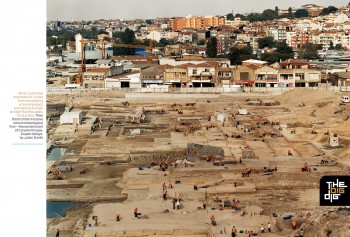 I think the timetable really depends on the magazine and where it is in it’s life-cycle. Texas Monthly had a general rule of redesigning every five years or so, but we had a mature readership that was more averse to change. So I did two redesigns while I was there, one minor, one major. My redesign at WIRED launched in February of 2007, about five years after Darrin Perry’s 2002 redesign. But even now, we’re tweaking that redesign for a little front-of-book refresh. Wyatt and I want the design of WIRED to be very agile, very adaptable, and since we’re learning all of the time, we want to put those lessons on the page.

Scott will answer a follow-up question or two in the comments if you have any.

There Are 19 Comments On This Article.